Originally from Central Africa, the Basenji is one of the oldest extant dog breeds. They are intelligent dogs with a balanced temperament. They also have two peculiar characteristics: they never bark and the females get into heat only once a year. Although they don't bark, this does not mean that the Basenji is a mute dog. They emit a yodel-like sound, commonly called a “baroo”. Nevertheless, they are generally quiet dogs.

The lessened heat cycle, instead of biannual as in other breeds of dogs, denotes the phylogenetic antiquity of the Basenji. This is a characteristic they share with wolves and with the singing dogs of New Guinea (another bark-less breed). Whether you are thinking of adopting a Basenji or if you have already adopted one, in this AnimalWised file you will discover everything you need to know about them. We include the physical characteristics of the Basenji, their character, recommended education, health and care.

The Basenji, also known as the Congo dog, is a breed of dog whose origin dates back to central and northern Africa. Cave paintings from as early as 6000 BC in Egypt demonstrate Basenji-like hunting dogs, with their curled up tail and prick ears. They appear wearing the typical hunting bells still used in Africa.

Later, in the 1800s, Basenjis were found by European explorers. They were encountered with the Pygmies, one of the oldest tribes of Africa, in what is now the Democratic Republican of Congo. The European explorers and subsequent historians determined Basenjis were a very old breed. This breed had survived in Africa for those millennia due to their hunting skills. They didn't hunt on leash and often hunted away from their companions, this helped them develop their intelligence and ability to think on their own.

The first Basenji-like dog to make it to Europe was in the year 1880. Unfortunately the first imports to England were lost to the affect of distemper for which there were no vaccinations at the time. It was not until the 1930s that this breed was successfully imported to England and in 1941 they were taken to the United States. Although in the rest of the world the Basenji breed is treated like a companion dog, in Africa they are still used to hunt small animals.

Basenji dogs are elegant, athletic, small and unusual. The Basenji's head gives it an aristocratic appearance. Their forehead has fine and well-marked wrinkles when the dog lifts the ears. The skull, of moderate width, gradually narrows towards the nose. The cranial vault is flat and the stop is not very well marked. Their eyes are dark and almond shaped. They are arranged obliquely in the skull and their gaze is penetrating. The Basenji's ears are small and end in a point.

Basenji dogs have a high set tail. It is tightly curled over the back and can form one or two loops. Check our article in which we detail why dogs move their tail and learn to interpret it.

Their back is short and leveled, and the chest is deep. The upper line rises to form a clearly defined waist. The Basenji's fur is short and very dense, fine and shiny. The colors for this breed are:

However, the feet, chest and tip of the tail should be white.

The Basenji is an alert, independent, curious and affectionate dog. They can be reserved with strangers and can respond aggressively to provocations, so it is not the best option for families with young children.

Because of their predisposition to hunting, it is not recommended that they live with pets of other species. They do however, get along well with other dogs. Socialization from a young age is a necessity for this breed and for any other breed of dog.

This canine breed is very active and can be destructive if they are not given the necessary exercise. Their hunter impulses make the Basenji an independent dog, but that is why they shouldn't be left alone for a long time. In fact, like any other race, the Basenji also needs their human companions to pay attention to them, play with them and offer them affection. Although they don't like to be overwhelmed with effusive hugs, they don't tolerate indifference either.

The Basenji is a quiet dog and tremendously clean. They also have a mischievous, playful and very stubborn personality.

The Basenji is a dog that requires a companion with a lot of patience and perseverance. Although easy to train, they need to practice obedience orders several times to internalize them. There are dog breeds with a faster learning process, such as the German Shepherd, and others with a slower response, which is the case for the Basenji.

To obtain better results during the education of this breed, it is best to train it through positive reinforcement. In this way, the dog will gradually associate the orders with positive stimuli and internalize them much faster. Traditional training, based on punishment, ends up generating stress, anxiety and fear in the dog, so it is never a good option. We can begin their education by the basic orders and then practice until they've mastered those. We shouldn't pass onto the next order until they have internalized the first ones.

In general, for the Basenji to learn an order they usually need between 30 to 40 repetitions. So do not be surprised if you observe that after having practiced more than 10 times they still do not understand. Likewise, it is not advisable to conduct training sessions of more than 15 minutes, since it could generate anxiety and stress in the dog. Opt for short but constant education sessions.

The Basenji is a dog that can live quietly in an apartment if they are given frequent walks and enough exercise to burn their accumulated energy. It does not require excessive physical exercise, but they can easily get bored if they are not given enough mental exercise. This usually leads to behavioral problems such as the destruction of furniture or other items. To avoid this it's important to remember that the Basenji needs two to three daily walks where they can walk, run, play and interact with other dogs.

For those who are addicted to cleaning or suffer from allergies to dogs, the Basanji breed may be for you. This dog loses very little hair, so it is considered a hypoallergenic dog. Although it is not one of the most recommended races for people with a high degree of allergy, it can be a good fit when it comes to mild allergies. On the other hand, they have a habit of grooming frequently, just like cats. They love to be clean. This is the reason behind why brushing and bathing a Basenji requires much less time and dedication in comparison to other breeds. However, the Basenji will need a bath when it is really dirty. They require one to two brushings weekly, especially during times of molting.

There are more common diseases in Basenji than in other dog breeds. They are the following:

Hereditary may be an important factor in some of the previous pathologies, as for example with kidney problems. On the other hand, although we have commented that the Basenji is an active dog, if they do not have the exercise that their body needs they will end up suffering from obesity. This condition can lead to serious consequences, such as impaired cardiac function. We recommend reading our article on how to prevent obesity in dogs, so as to be well informed on the matter. It will also be essential to keep up to date with the schedule of vaccines and deworming to avoid contracting viral diseases.

Upload a picture of your Basenji 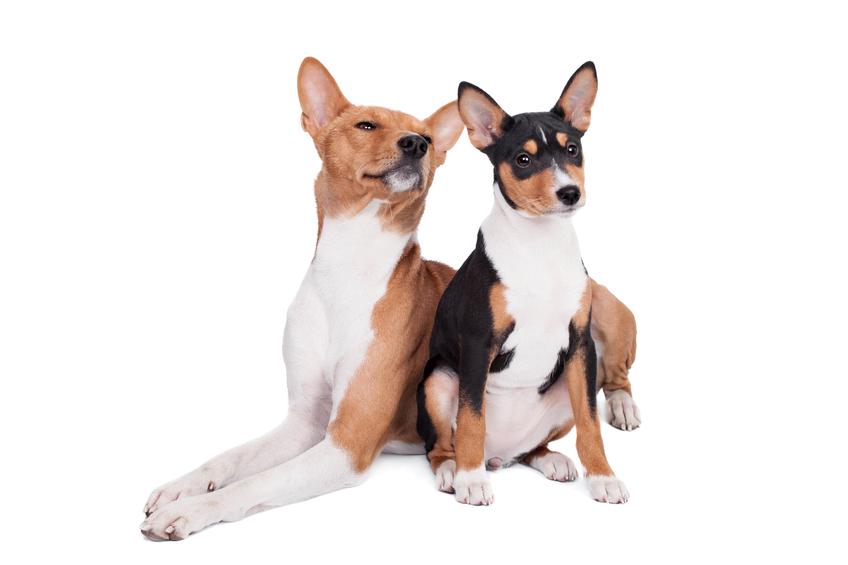 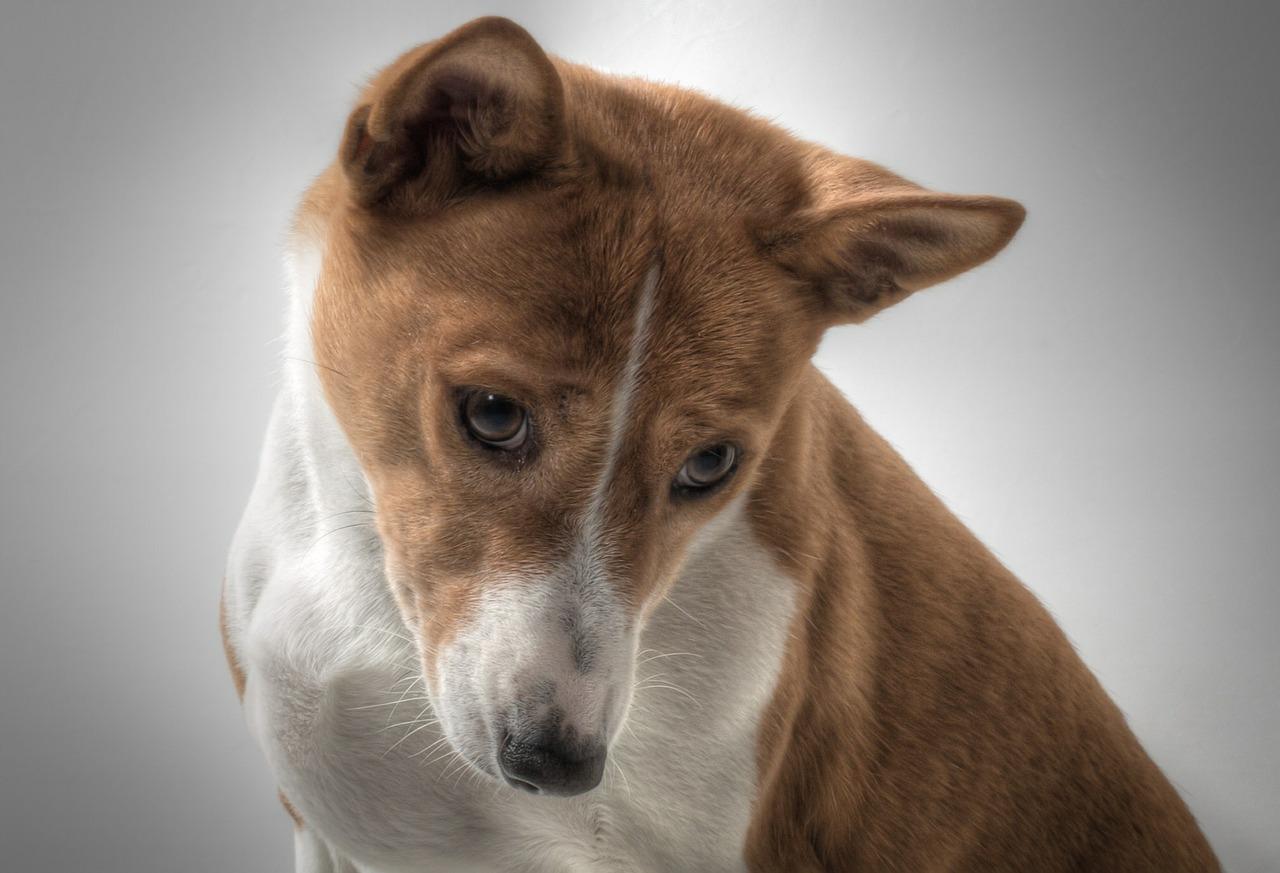 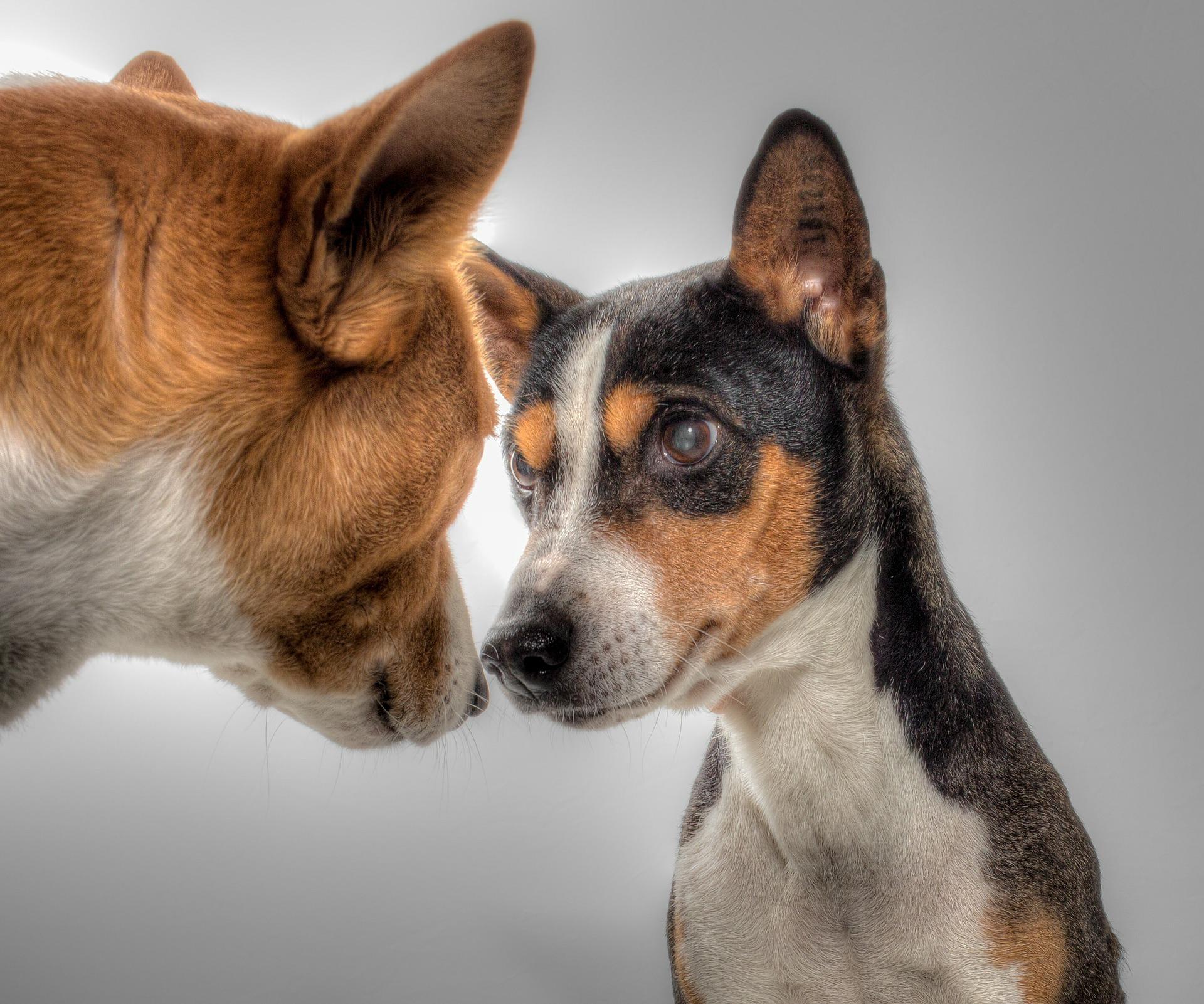 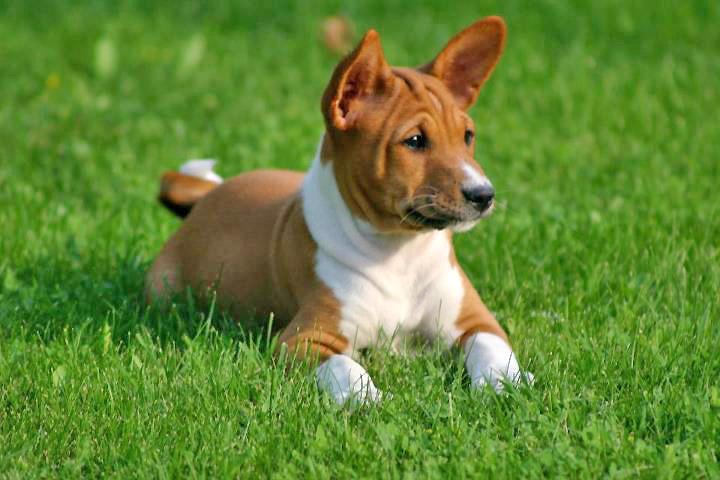 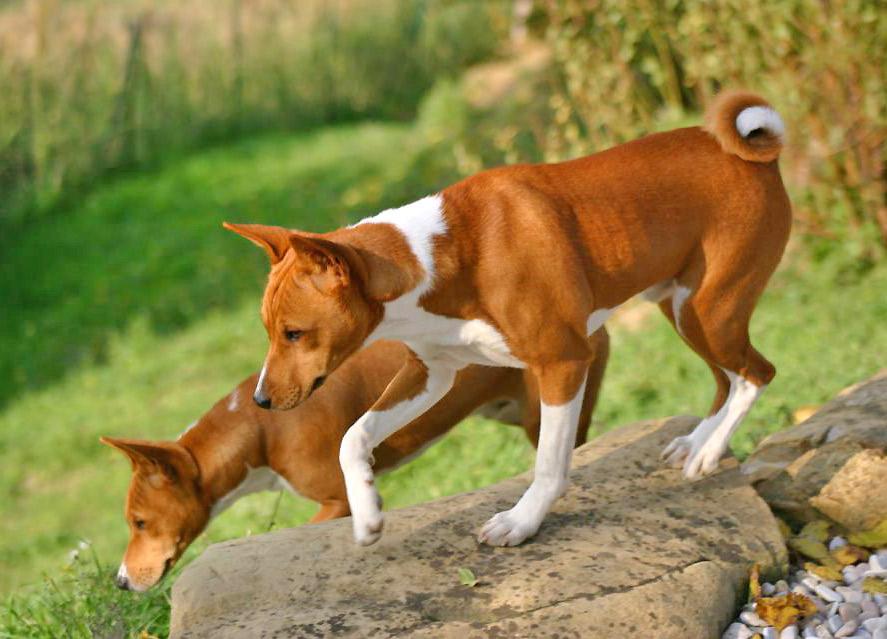 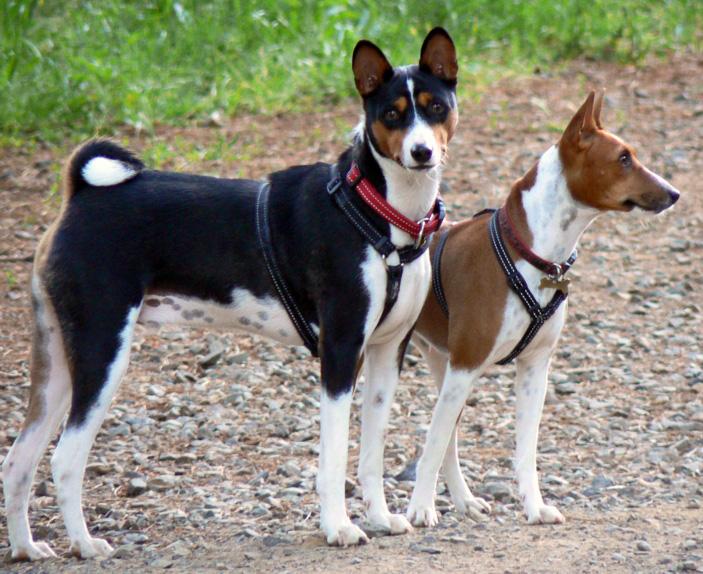 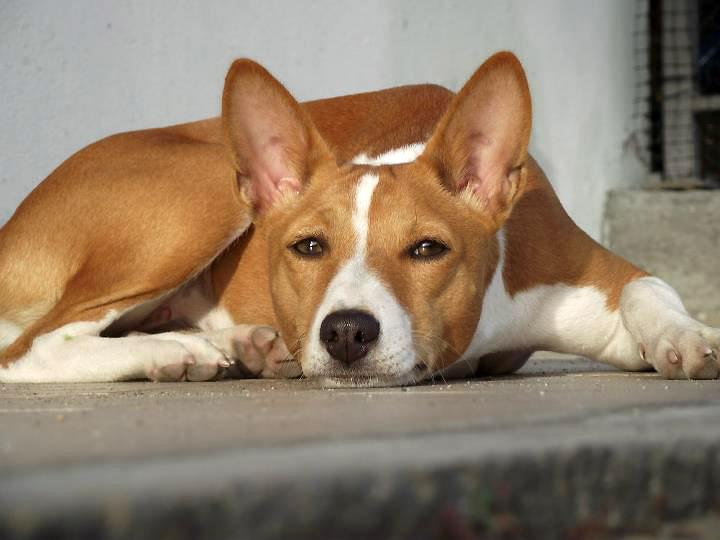 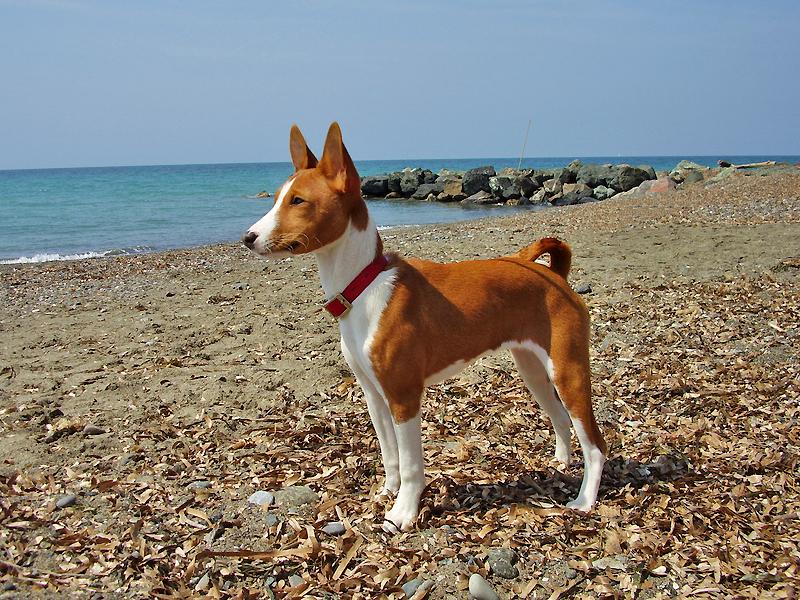