The keeshond or wolfspitz is included in the breed of German spitz dogs, along with four other breeds. The International Cynological Federation (FCI) groups all of these under a single standard breed, but with noted differences for each. These breeds include: the Wolfspitz or Keeshond, the large Spitz, the medium spitz, the small spitz, and the dwarf or pomeranian spitz.

In this AnimalWised breefile we will focus specifically the Keeshond. All these breeds are very similar, except for their sizes and color of the hair. Although the FCI groups all these breeds as one and considers them of German origin, the Keeshond and Pomerania are considered by other organizations as breeds with their own standards. In addition, according to other canine societies, the Keeshond comes from Dutch origin.

Origin of the Keeshond

It is considered that this breed, which has been used as a companion dog since its inception, is of Dutch origin (Netherlands) and in the eighteenth century was known as "the dog of the people". Its relatives are the Chow Chow, the Elkhound, the Samoyeds and the Pomeranians. They are called keeshond because at the beginning of the French Revolution, a patriot named Gyselaer who had a dog of this breed, called him Kees (+hond= dog (dutch)). He was then made a symbol of the Dutch Homeland, and so this breed was named.

The Keeshond was introduced by Mrs.Wingfield-Digby for the first time in the United Kingdom. However, this breed did not gain popularity until the 1920‘s, when they arrived in the United States. Thus in 1930, the breed was officially recognized by the American Kennel Club.

Physical characteristics of a Keeshond

All the German Spitzs (Keeshond, big, medium, small and pomeranian) have the same physical form and, therefore, the same appearance. The only difference between these breeds are their size, and in some, their color. They are all beautiful dogs that stand out for their fur.

The head of a Keeshond is medium and if seen from above is shaped like a wedge, similar to the head of a fox. Their noses are round, small and black, except in brown dogs, they are brown. Their eyes are medium sized, elongated, oblique and dark. Their ears are triangular, pointed, erect with a high insertion.

Their body is as long as their height at the withers, presenting a square profile. Their backs and rumps are short and strong. They have a deep chest with a moderately collected abdomen. The tail is of high, medium insertion and the dog carries it rolled on its back. It is covered with an abundant amount of thick hair.

The mantle of the Keeshond is formed by two layers of hair. The inner layer is short, dense and woolly. The outer layer is formed by long, straight and separate hair. The head, the ears, front part of the legs and feet have short, dense and velvety hair. Their neck and shoulders have an abundant mane. The color accepted for the Wolfspitz or Keeshond is grayish, and the size of the cross is 49 ± 6 cm according to the FCI.

Character of a Keeshond

Although there are differences in size, all the German spitz, from the keeshond to the pomeranian, share the same basic characteristics and temperament. This breed of dog is cheerful, alert, dynamic and are generally very attached to their human family. They are also reserved with strangers and barkers, so they are known to be good watchdogs, although not good protection dogs.

If the puppies are well socialized, keeshonds can tolerate unknown dogs and strangers without any problems, but conflicts with other dogs of the same sex can arise. They usually get along well with other house pets as well as humans.

Even if they have been well socialized, these dogs are not good dogs for very young children. Their behavior is reactive, so they can nibble if they are mistreated in any way or given a fright. On the other hand, they are good companions for older children who know how to care for and respect a dog.

Caring for a Keeshond

The coat of any of the German Spitz breeds should be brushed at least three times a day to keep it in good condition and free from tangles. In times of shedding , it is necessary to brush the fur daily and more frequently.

These Keeshonds are dynamic but only need an average amount of play and exercise to release energy. They can adapt well to living in small flats or houses, but, in this case, it is better to have a small garden for larger breeds. All of these breeds, including the Keeshond, tolerate cold temperature very well, but do not tolerate heat. Due to their protective coat they can live outside but it is better if they live inside the house, since they need require the company of their human family.

The main behavioral problem of a Keeshond, as with any of the German spitz breeds, is that they are a barking breed.

They are easy dogs to train through positive training styles, and because they are dynamic they react well to clicker training.

Health of a Keeshond

Like the Keeshond, all German Spitz breeds are generally healthy and are not very prone to incidences of canine disease. However, the most common disease in this breed group, with the exception of pomerania, are: hip dysplasia, skin problems and epilepsy.

Upload a picture of your Keeshond 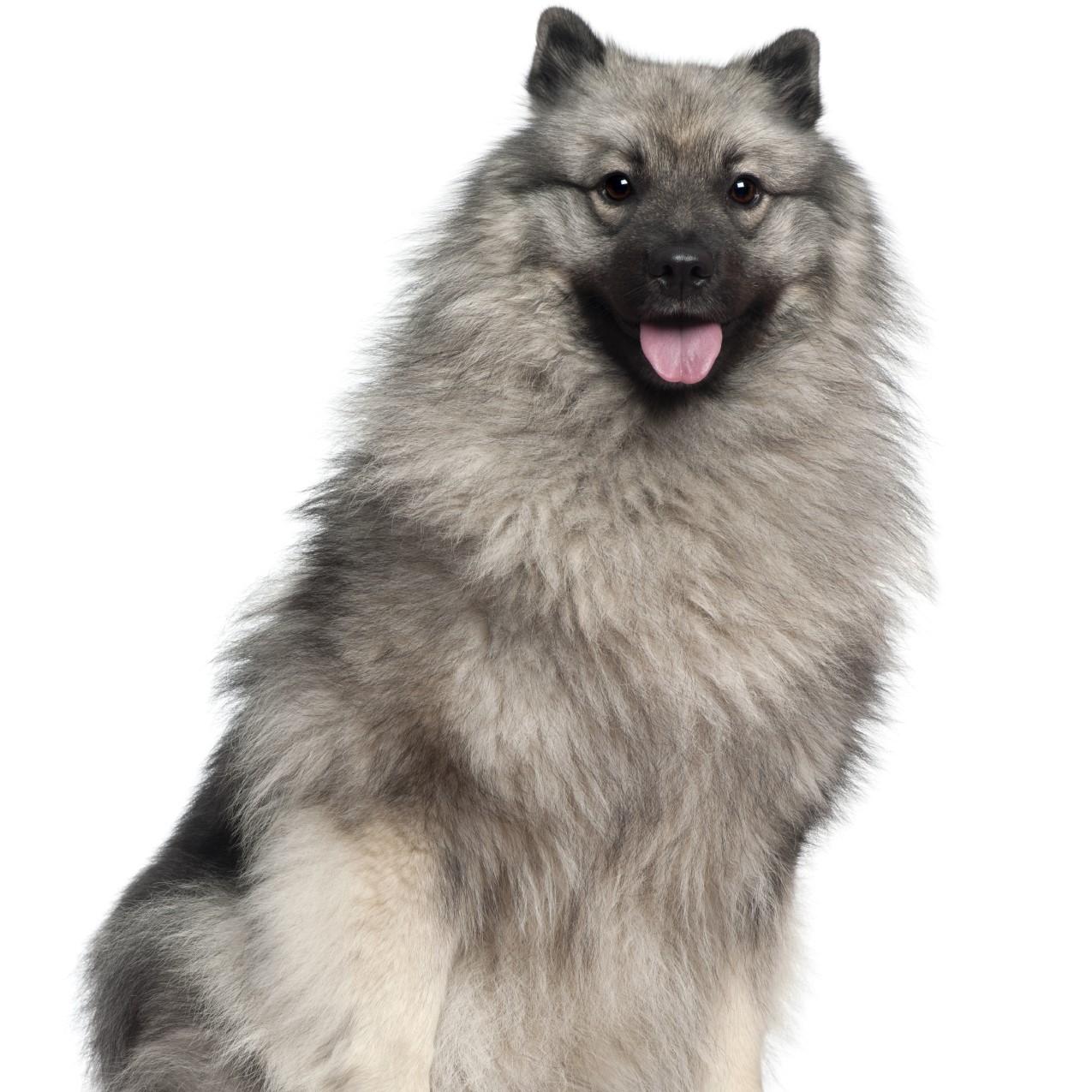 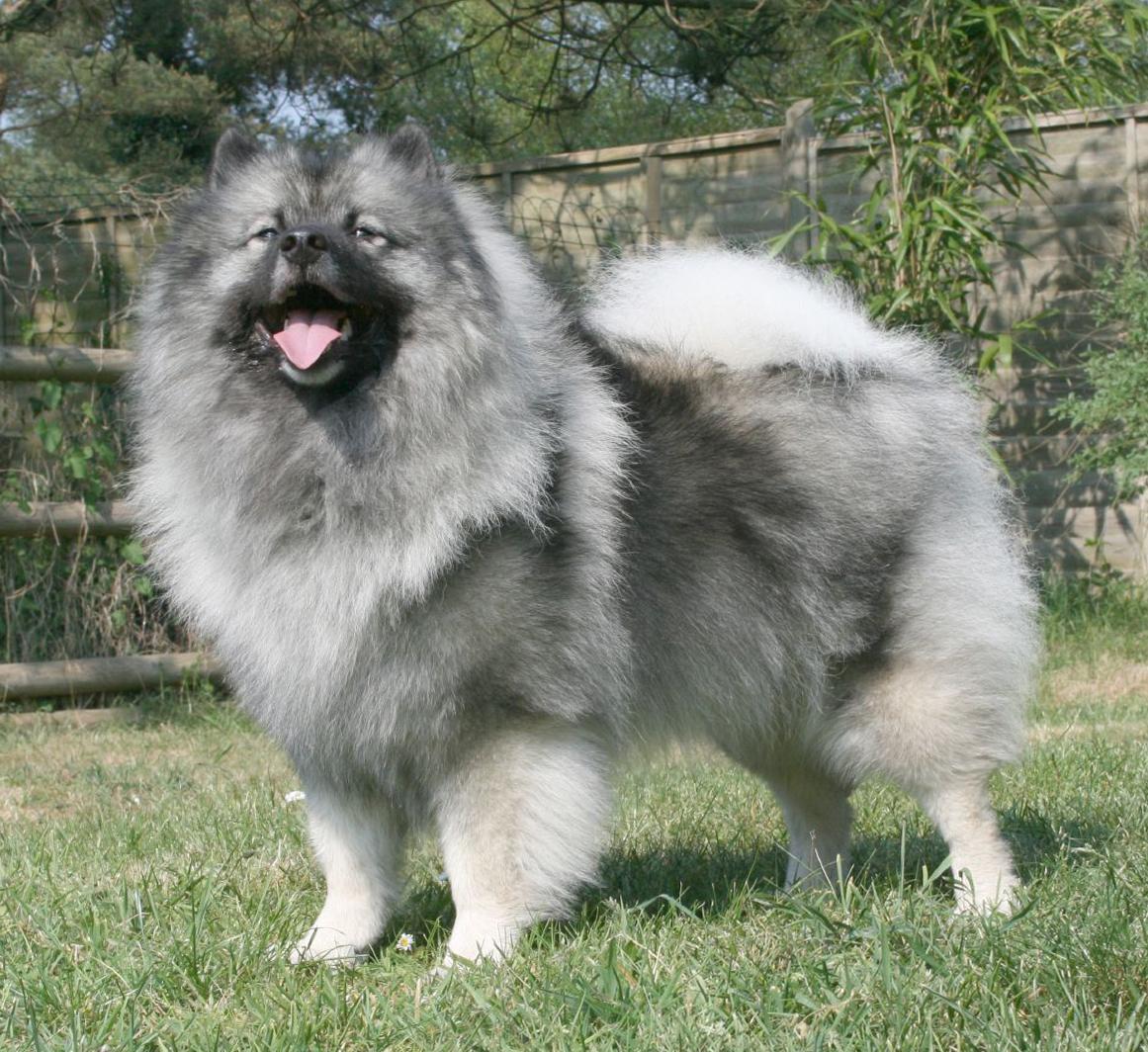 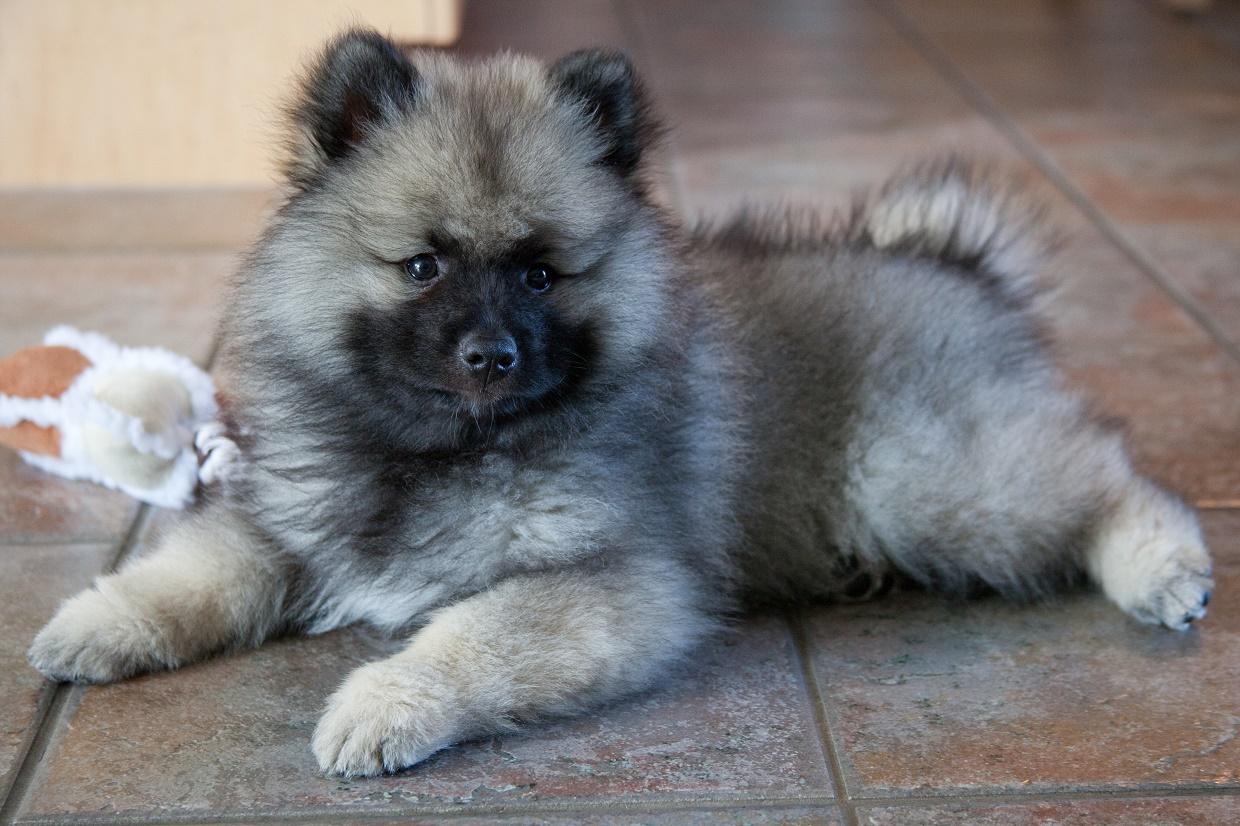 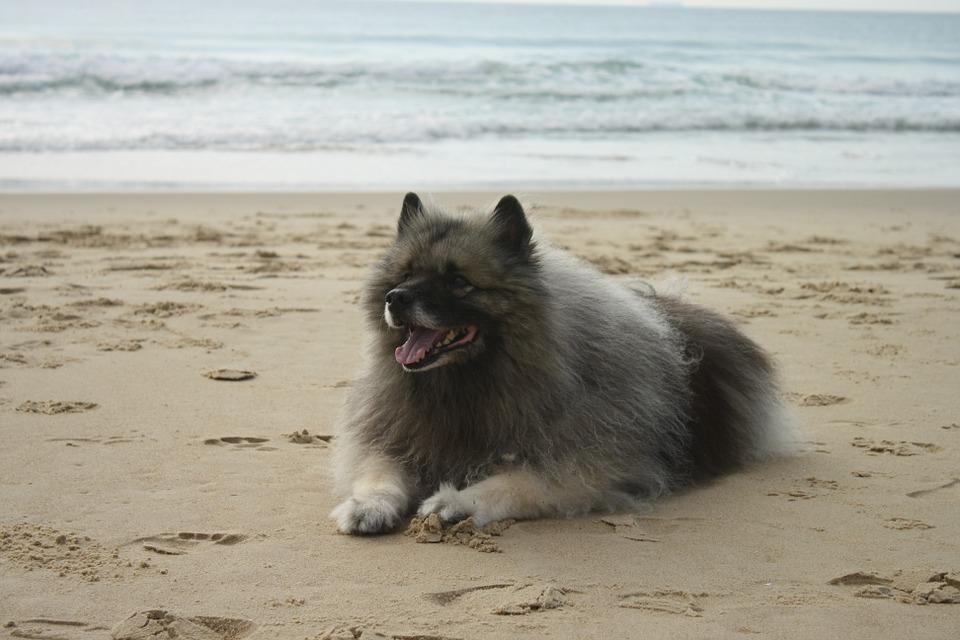 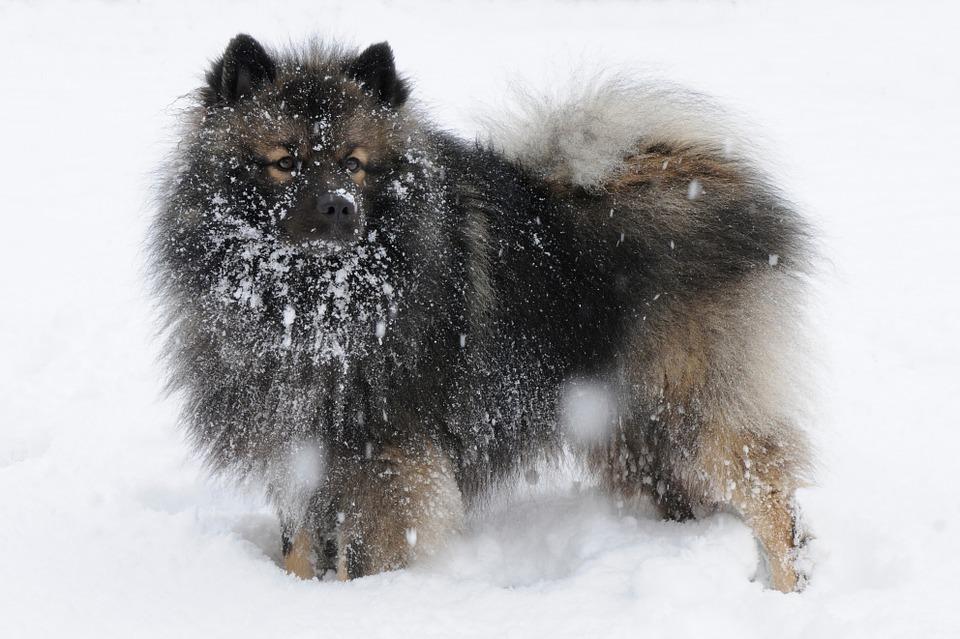 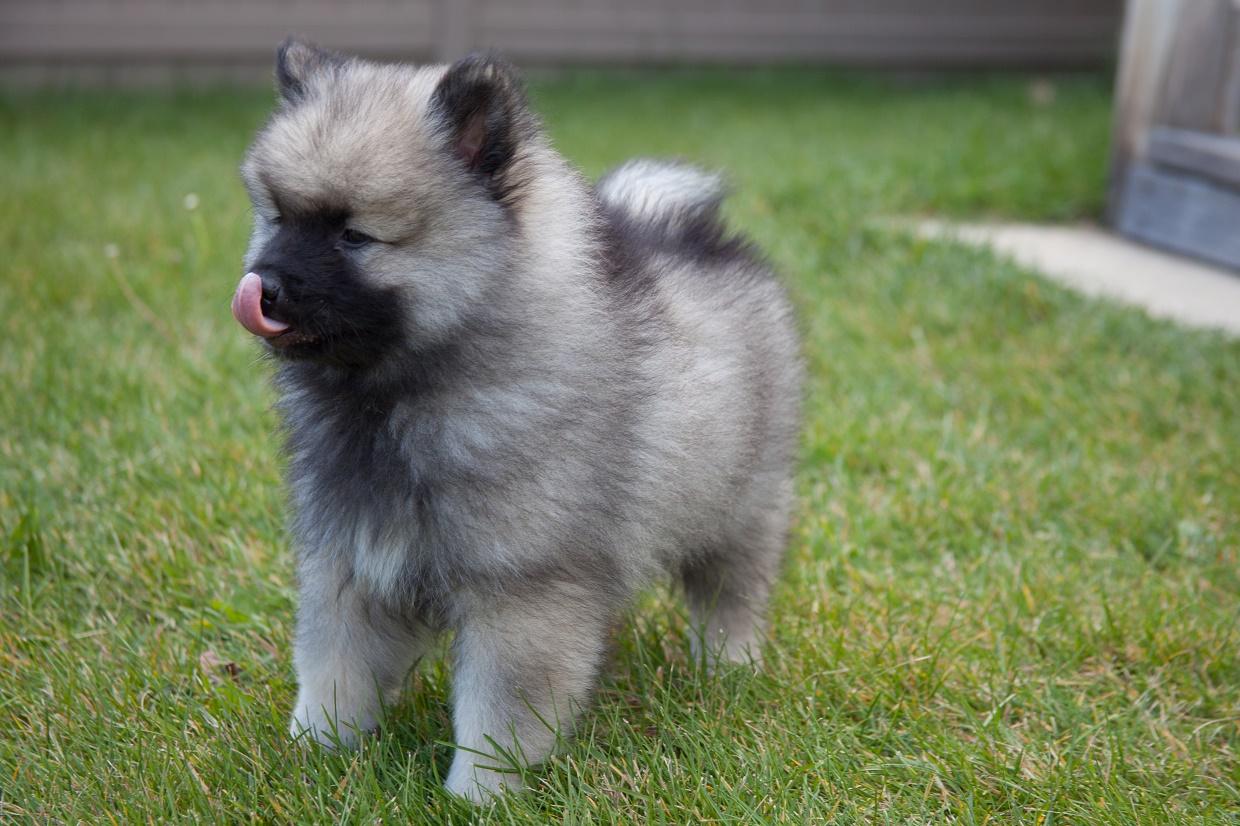 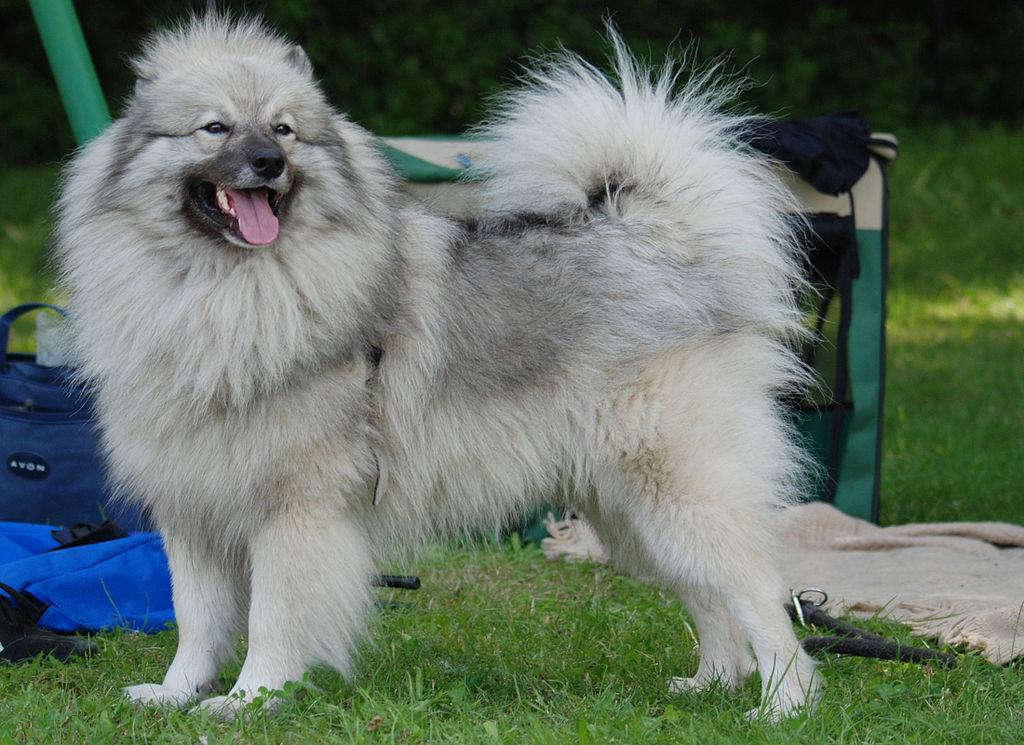 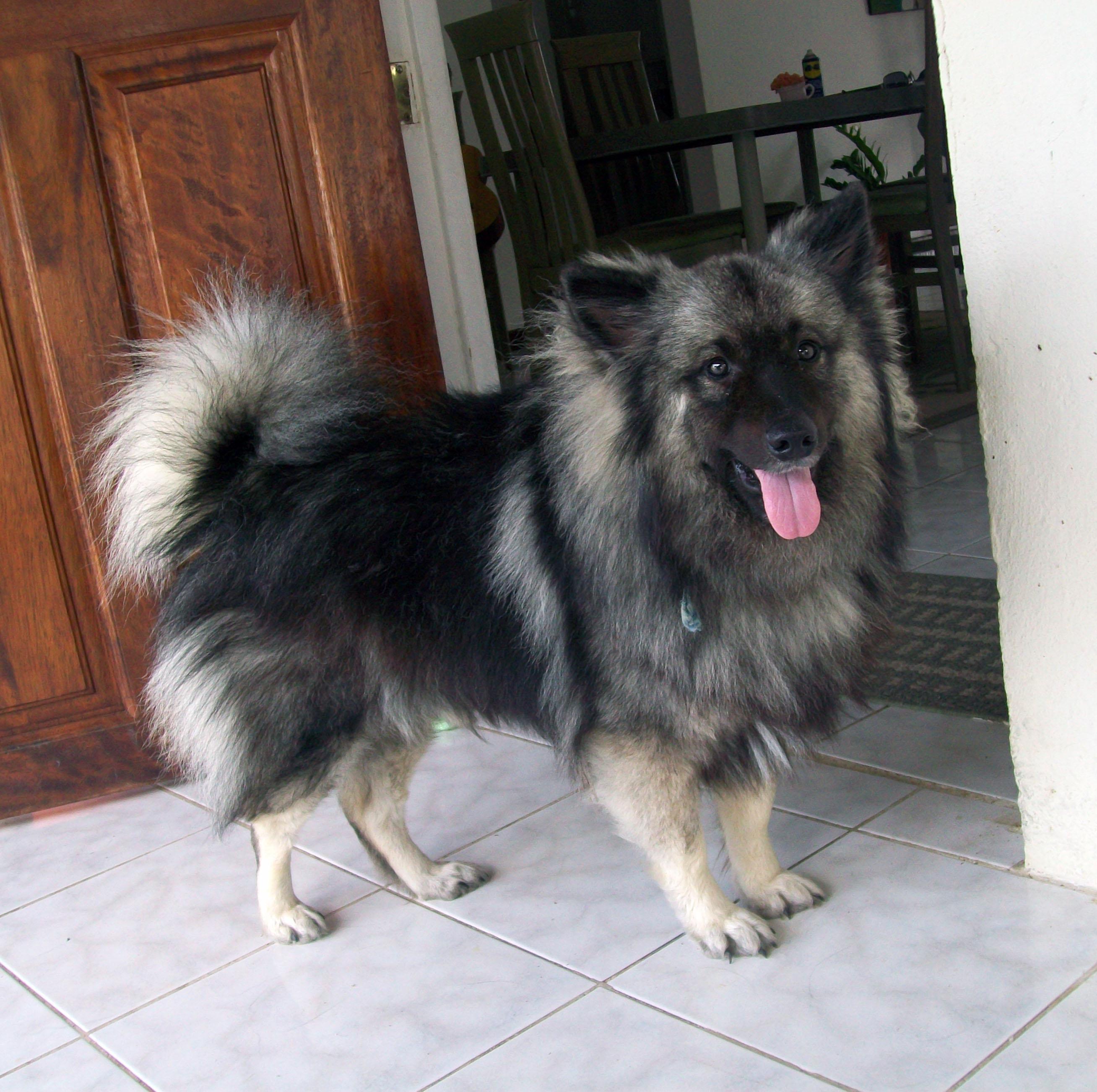 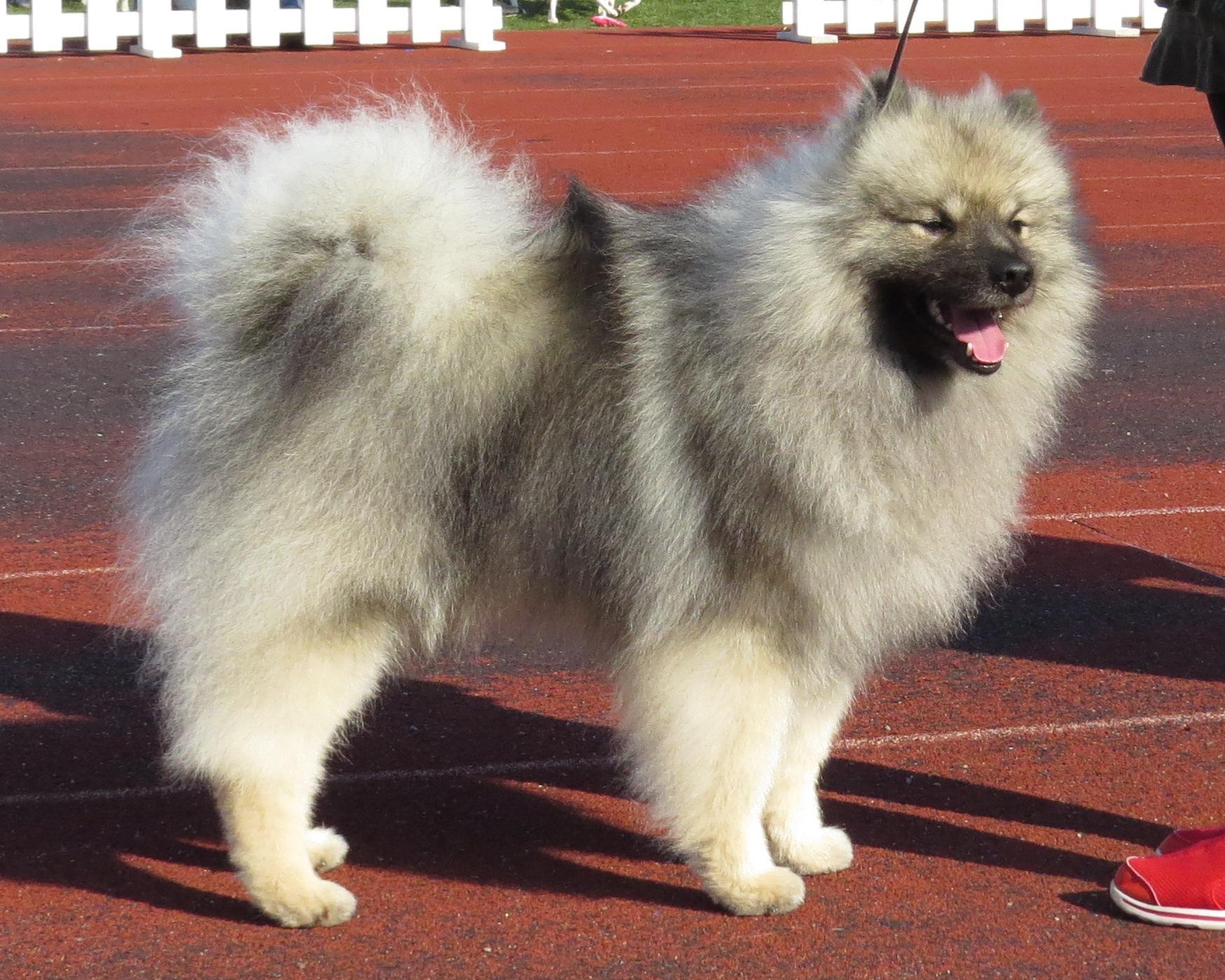 1 of 9
Keeshond
Back to top