If you are thinking of introducing a Tibetan mastiff to your family, it will be essential to inform yourself thoroughly about their character, training needs and care required from this breed. In this AnimalWised breedfile we will try to explain all the details that you must take into account before adoption or useful information for any lover of this breed.

Read on and find out all about the Tibetan Mastiff.

Origin of the Tibetan Mastiff

The Tibetan mastiff or Do-Khyi, is one of the oldest Eastern races that exist. They are known as the working breed of the ancient nomadic shepherds of the Himalayas as well as protection dog of the Tibetan monasteries. When Tibet was invaded by China in the 1950s, these bulldogs virtually disappeared from their original lands. Fortunately for the breed, many of these huge dogs went to India and Nepal, from where the breed was once again populated. With the export of Tibetan mastiffs to England and the United States, the breed gained popularity among dog aficionados in the West.

The Tibetan bulldog is believed to be the predecessor of all races of mastiffs and highland dogs, although there is no evidence to support this. Their barking is undoubtedly unique and is considered a characteristic of the race highly valued.

This ancient and incredible dog is mentioned for the first time in history thanks to Aristotle (384 - 322 BC) , nevertheless the origin of the breeding of the race is unknown. Also mentioned by Marco Polo, who in his travels to Asia (1,271 AD) praises a dog of great strength and size. Later in the nineteenth century, Queen Victoria of England received one of the first Tibetan mastiffs, in 1847. Such was its impact, that years later, in 1898, the first layer of European Tibetan bulldogs was registered in Berlin, specifically in the Berlin zoo.

The Tibetan bulldog stands out for being a strong and powerful dog, of giant size, very robust and imposing. In the standard of the breed they describe a dog of solemn and serious appearance, and majestic strength.

The head of this mastiff is broad, heavy and strong, with the skull slightly rounded. The occipital protuberance is very pronounced and the naso-frontal depression (stop) is well defined. The color of the nose depends on the color of the coat, but should be as dark as possible. The muzzle is wide. The eyes are medium, brown and oval. The ears, of average insertion, are triangular, median and hanging.

The body is sturdy, strong and slightly longer than tall. The back is straight and muscular, while the chest is very deep and of moderate amplitude. The tail is of medium length and high insertion. When the dog is active it is wrapped loosely on the back.

The coat of the Tibetan bulldog consists of two layers. The outer layer is rough, thick and not very long. The inner layer is dense and woolly in cold weather, but becomes a thin coat during hot weather. The hair can be black with or without red marks, or blue with or without red, saber or gold markings. A white star is accepted on the chest and minimal white marks on the feet.

The Tibetan mastiff is a dog of independent character, but very loyal and protective with the family to which they belong. Although not an attached dog, they enjoy the presence of their relatives, who they will not hesitate to protect. On the contrary, they are usually suspicious of strangers. They usually get along with other dogs and animals, especially with dogs of the same size, although this behavior is closely related to the socialization they receive as a puppy.

They are usually docile and friendly to children in their home. However, and although they are quiet dogs at home, due to their large size and strength, they can hurt them inadvertently. So, it is recommended to always supervise play sessions between children and dog, as well as offer a toy that is the "intermediary" in their relationship and moments of fun.

Away from home they require moderate activity sessions, to keep their muscles in shape and to relieve the stress of day to day. Through long walks we will perform the necessary physical activity for our Tibetan bulldog. An interesting fact to keep in mind is that these dogs tend to be barkers from their past as guard dogs, as well as destructive when they are alone, if they suffer anxiety problems or even behavior.

As for recommendations, this is not a breed suitable for inexperienced owners. They are recommended for people with advanced knowledge of canine education, animal welfare and possession of large dogs.

Caring for a Tibetan Mastiff

The Tibetan bulldog requires regular hair care, and their coat must be brushed three times a week. In times of shedding, daily brushing is recommended to avoid observing the coat in poor condition. They should be bathed every 2-4 months, approximately.

Although they may live in an apartment, it is highly recommended that this breed live in a large house, with garden, which can be accessed whenever they want. However, whether you live in an apartment or in a large house, it is highly recommended to provide daily, long and quality walks to our Tibetan mastiff. This breed adapts perfectly to different climates, whether cold or temperate, although they are not usually at home in especially humid and warm places.

We must bear in mind that this breed, mainly because of their large size, will also demand large objects: a bed, trough or toys, which usually have a much higher economic cost. Also the daily food dosage should be taken into account.

As we mentioned earlier, this dog needs a responsible and highly experienced owner in handling large dogs and in advanced training. Thus, an inexperienced owner would need to resort, even before adoption, to a canine educator and trainer.

It will be essential to work quickly on puppy socialization and bite inhibition, as well as basic obedience exercises. Remember also that the puppy will soon reach a considerable size, so we must avoid reinforcing behaviors we do not want in adulthood, such as jumping on people, for example.

Once the dog understands the basic commands, we can start in advanced dog skills or other exercises that stimulate them. Nevertheless it will be essential to review daily or weekly obedience, thus ensuring their safety and that of their environment. Before any anomalous conduct or behavioral problem, it is necessary to go to the specialist as soon as possible and never to try to implement therapies without professional opinion.

Unlike other ancient races, the Tibetan bulldog is not especially prone to health problems, as they are generally healthy. Even so, the most common diseases of the Tibetan mastiff are:

We must also highlight a feature that suggests that this breed is very primitive: females only have one heat a year, unlike most other dog breeds.

To ensure the good health of the Tibetan mastiff, follow the vaccination schedule of the dog, deworming routine and visit the vet as often as they require, although normally this is every 6 and 12 months. Following these tips, the life expectancy of the Tibetan bulldog can be between 11 and 14 years.

Upload a picture of your Tibetan Mastiff 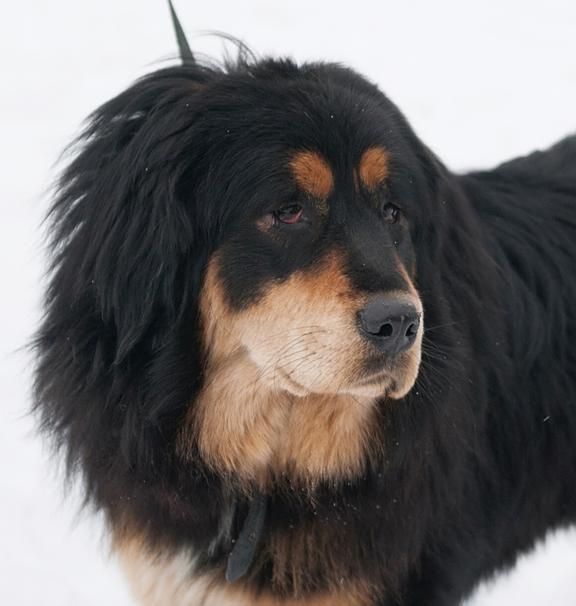 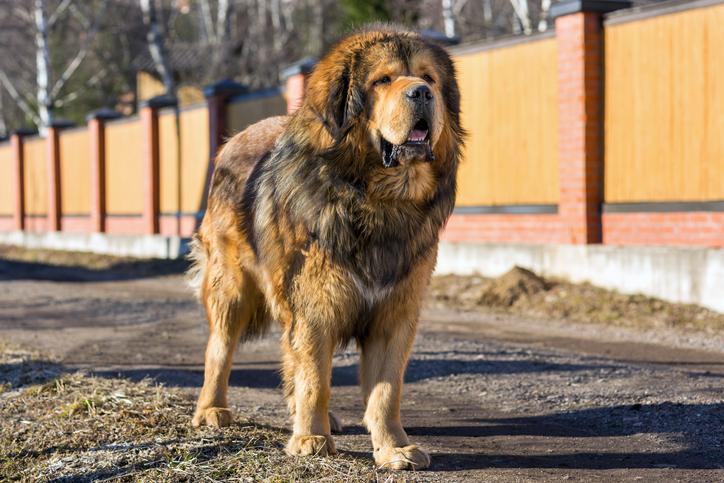 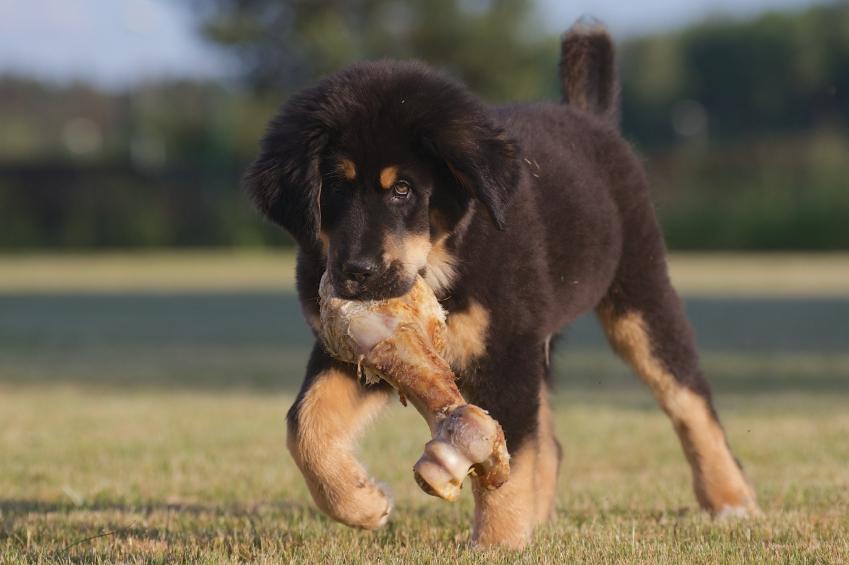 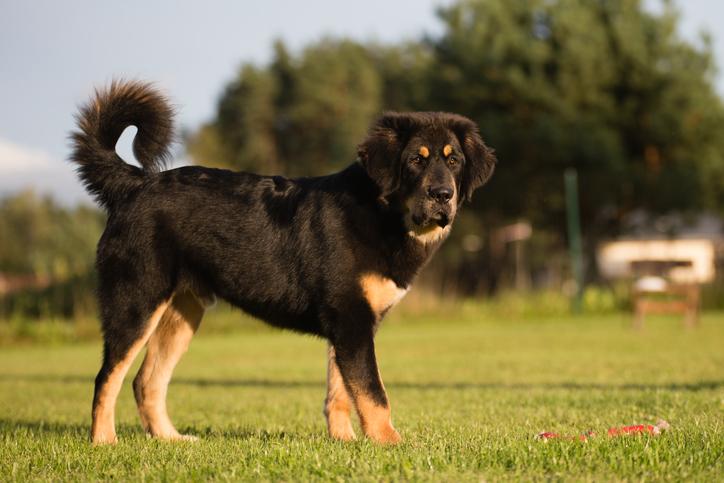 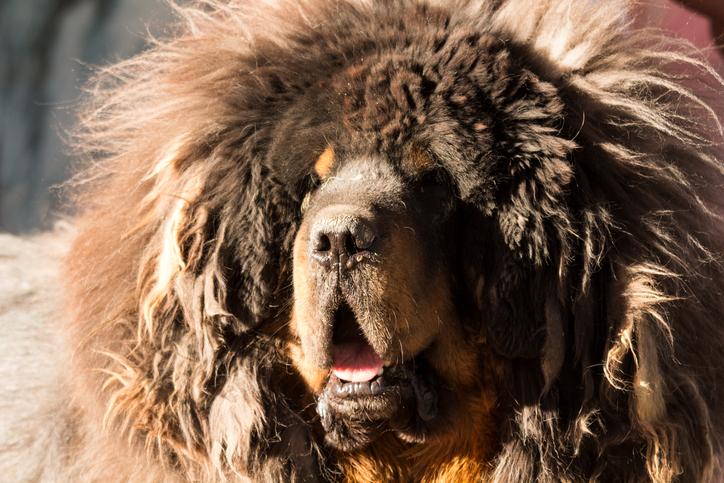 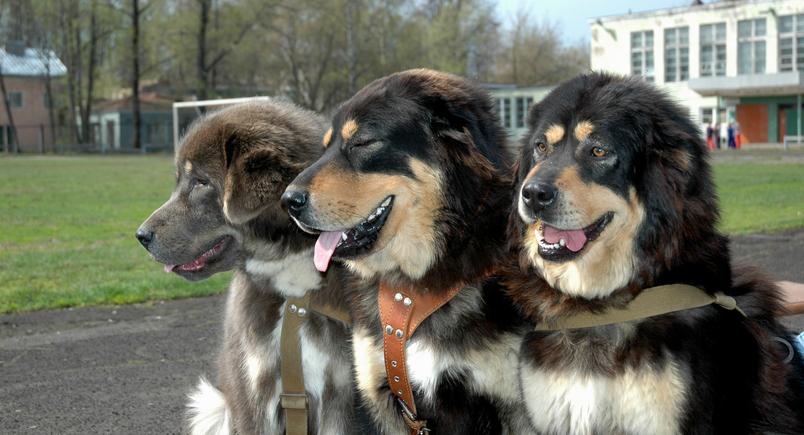 1 of 6
Tibetan Mastiff
Back to top