The sexual and reproductive cycles of female dogs are completely dissimilar to the hormone cycles that govern sexuality and reproduction in humans. It is important to understand this before continuing.

This article explains the heat cycle in a female dog, how long it lasts and at what moment your pet is fertile. We will also take a look at some hormonal changes that can cause aggression, whining, or general discomfort.

Read on to learn everything about dog heat cycle stages and symptoms in this AnimalWised article.

Symptoms of heat in a female dog

Female dogs also have a period of vaginal bleeding. The first period takes place between 6 months and 1 year of age, although this always depends on the type of breed. In some large dog breeds, the first heat might not appear until they are 2 years old.

Generally this dog heat cycle bleeding appears 2 times per year, once every 6 months. Keep in mind that this period differs from dog to dog, and can depend on age or food.

Sometimes it can be hard to notice in female dogs that clean themselves a lot. However, if you look closely you will see that their vulva is swollen and is releasing a bloody discharge. This stage of bleeding is known as proestrus and lasts for 6 to 11 days: your dog is not fertile at this time.

The arrival of the first heat is an indicator of the appearance of sexual maturity and can vary greatly according to the size of the bitch. In general, we can observe that it occurs in the following months of life:

Heat is an indicator that the bitch is sexually receptive, however, we must remember that the onset of heat does not mean that a bitch is ready for gestation. At this stage it is considered that they are still "young" for what is in development. Gestation does not allow the successful completion of this stage, in addition to many risks of complications in childbirth.

Duration of the heat

The fertile phase, also known as estrus, occurs after the period of bleeding. It indicates that the dog is in a period of fertility.

It's normal for their character to change, for them to be restless and be very eager to go outside. During this stage, if you don't want your dog to become pregnant, you should carry them in your arms or a carrier to a place where you are happy for them to wander around, where males are unable to track them. This stage lasts between 5 and 15 days and can also be noticed by an increased frequency of urination.

It is unwise to mate your dog if it hasn't yet gone through at least 2 complete heat cycles. Otherwise, you could endanger the pregnancy for her and her puppies.

Phases of the estrous cycle - in more detail

This stage can be somewhat complicated to detect occasionally, especially in those bitches that produce little bloddy discharge. It usually lasts between 3 and 17 days and at this stage the dog is not fertile.

We can see an inflamed vulva that gives off sanguinolenta secretion, more or less diluted. The bitch can regularly lick her vagina as well as be eager to get out the home. In some cases they experience sexual behaviors.

The fertile stage occurs after proestrus, at which time the dog is receptive to mating. It has a similar duration to the previous stage, of between 3 and 17 days approximately.

At this point in the cycle it is very common for the character of your dog to change. She will be especially affectionate and predisposed, restless and eager to leave. In the street she will stop to attract males in the area and urinate on many more occasions, trying to leave all pheromones possible.

The first stage of estrus is when she is her most fertile, so you should pay close attention if you do not want her to fall pregnant.

The diestrus stage commonly lasts 58 to 63 days in a pregnant female, and 60 to 90 days in a non-pregnant female.That will depend directly on whether or not there has been fertilization, in which case gestation, delivery and lactation will occur. At this stage the bitch rejects a male's advances, eats abundantly and her character stabilizes.

Due to genital stimulation that can occur in the vagina or the breasts, if the dog has not become pregnant, they can develop a psychological pregnancy, directly related to their high hormonal production.

In the case of pregnant bitches, diestrus ends with childbirth, giving way to anestrus, the period of sexual inactivity. On the other hand, female dogs that have not been fertilized will show no obvious signs of the passage from the previous phase to this.

It usually lasts about 4-5 months and helps the dog to have a rest period after delivery so that her body can recover properly. After this time, the non-fertile bleeding that we mentioned at the beginning, proestrus will recur.

Hygiene products for the heat cycle

In shops, you'll find all kinds of nappies and underwear to make your dog's heat as hygienic as possible within your home. Check with for these products in your regular shop - they are useful and highly recommended!

Sometimes, the dog's heat and fertility process cause all kinds of discomfort, both for her and for us. Although not an easy decision, you should think about spaying your pet to improve its health, behaviour etc.

Remember that if you spay your dog before her first heat, you will significantly reduce the appearance of various types of cancers. In addition, it is a thoughtful decision with regards to the number of abandoned dogs in the world, as it greatly reduces the chances of your dog being pregnant. Learn the differences between castrating and sterilizing at dog.

Sometimes heat in dogs is a nuisance of all kinds, both for her and for us. Although it is not an easy decision we should think about sterilizing our pet for an improvement in their health and behavior, among others.

Remember that if we sterilized our dog before her first heat, we considerably reduce the appearance of various types of cancer. In addition, it is important to remember the number of abandoned dogs that exist in the world. If we can greatly reduce the chances of another becoming homeless, we should.

A female dog's behavior during heat

It's common for behavioral problems to arise during heat. Here are the most common ones:

However, there is something which can be much more worrying once the cycle has finished, and we have already mentioned it. Your dog may suffer from the famous psychological pregnancy. This is a very difficult time for her, because she genuinely believed that she was pregnant.

It is caused by a lack of fertilisation in a fertile animal. It should be taken seriously so as to avoid diseases related to the accumulation of milk (with a possible infection) or irritability and strange behavior. Spaying your dog stops this problem from arising, as well avoiding the regular bleeding which goes hand in hand with heat.

If you want to read similar articles to Dog Heat Cycle Stages and Symptoms, we recommend you visit our Heat category.

1 comment
Rating:
Corrie
01/06/2022
Bella was bred 2 weeks ago & is constantly licking her genetals as if she is still bleeding. Is this a normal behavior?

Administrador AnimalWised
03/06/2022
The following article should provide the information you need: 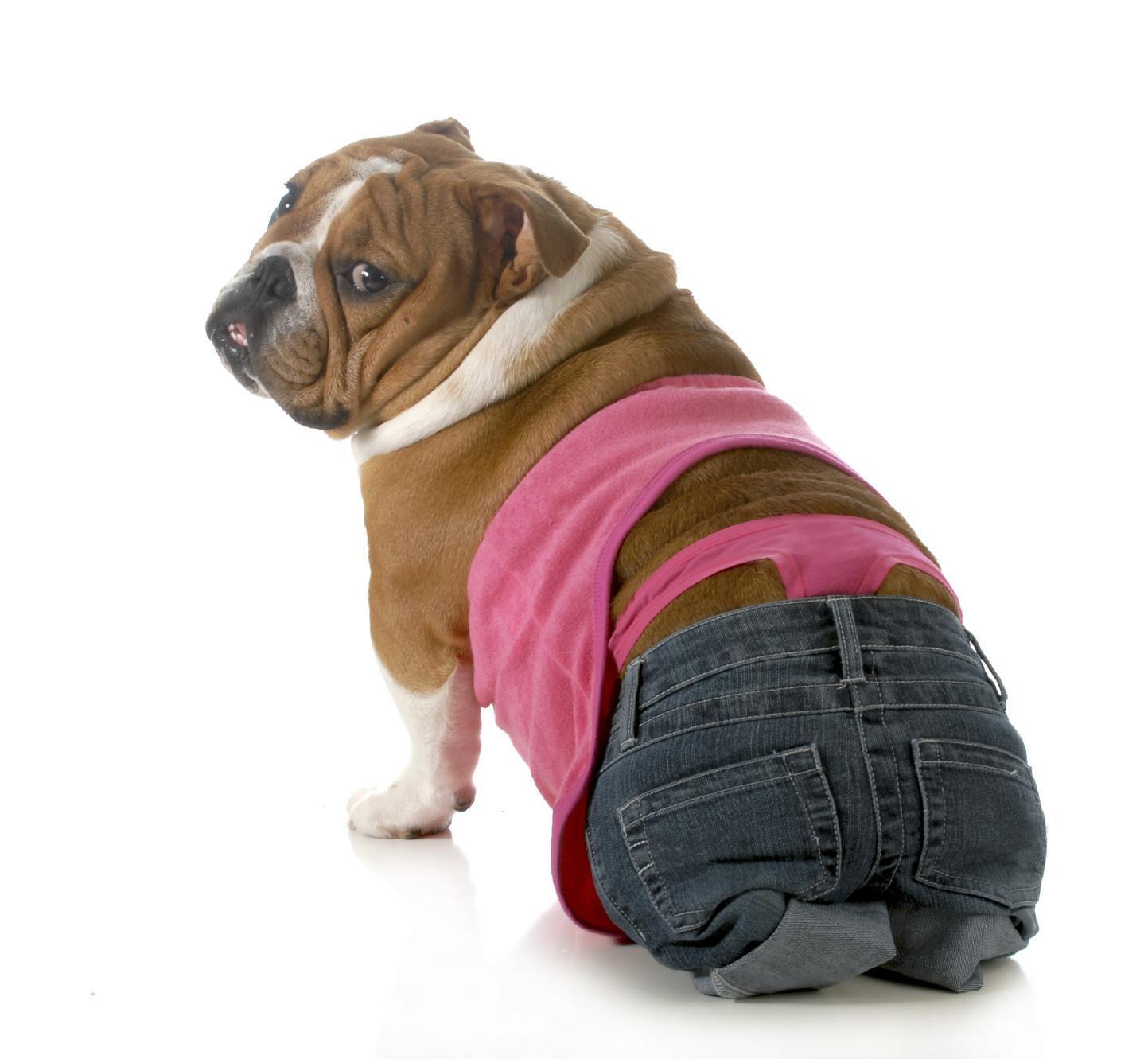 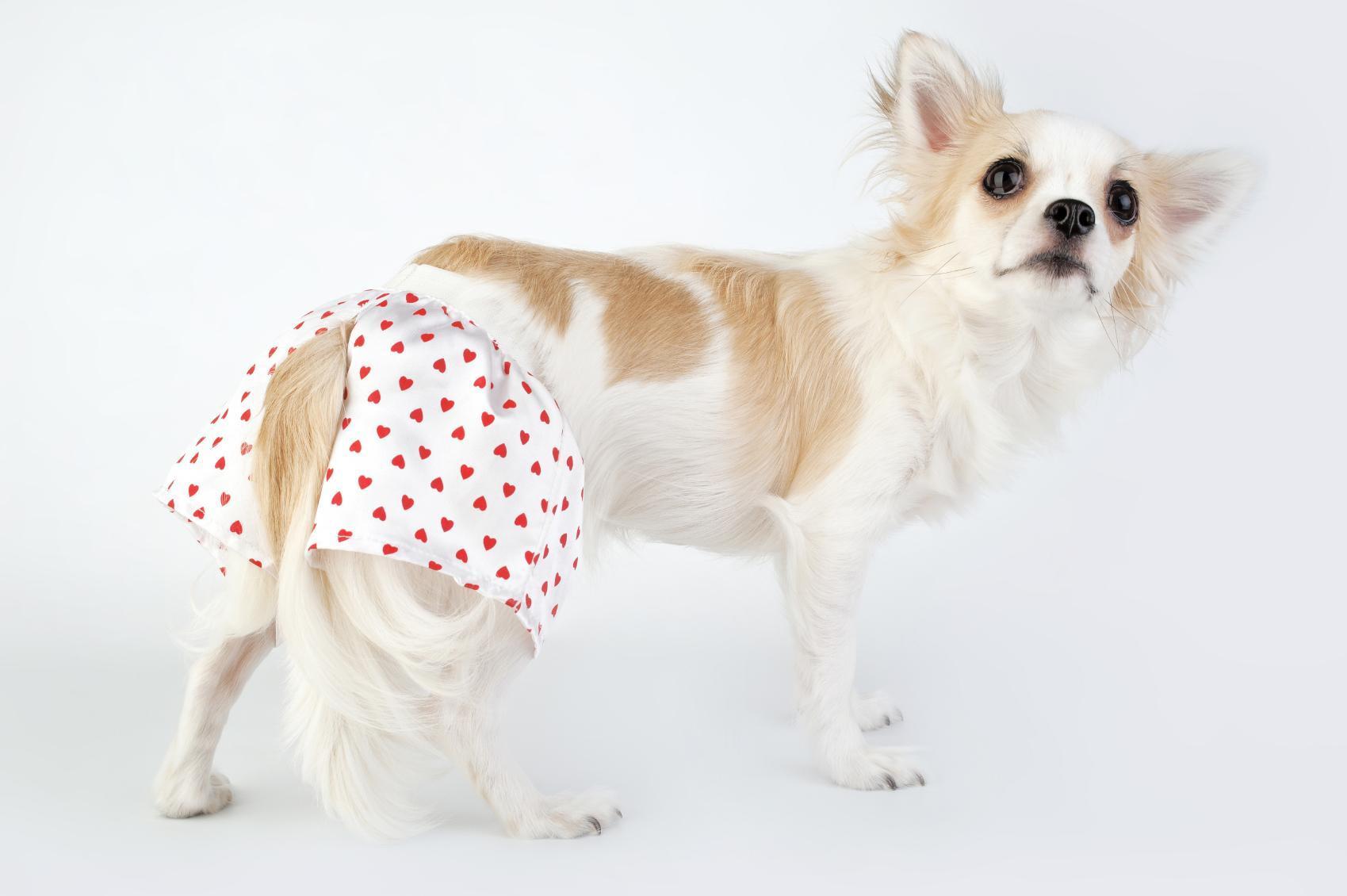 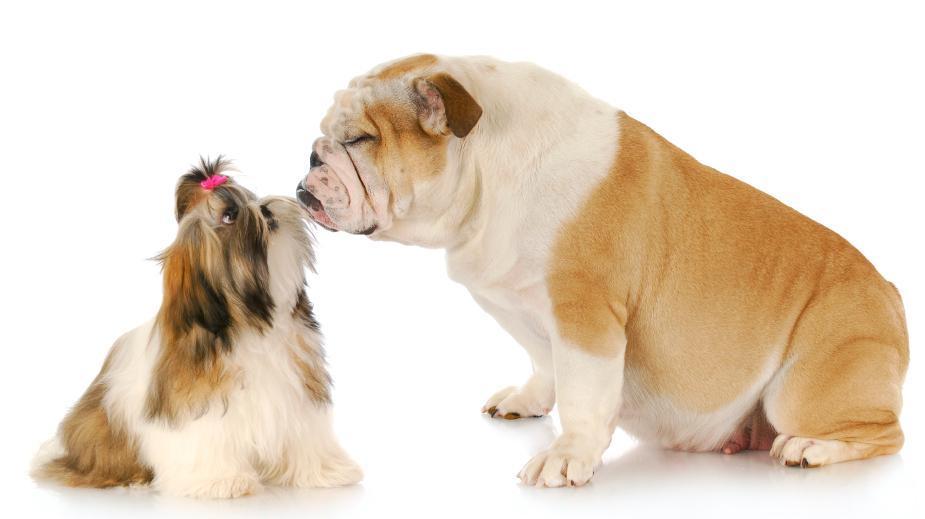 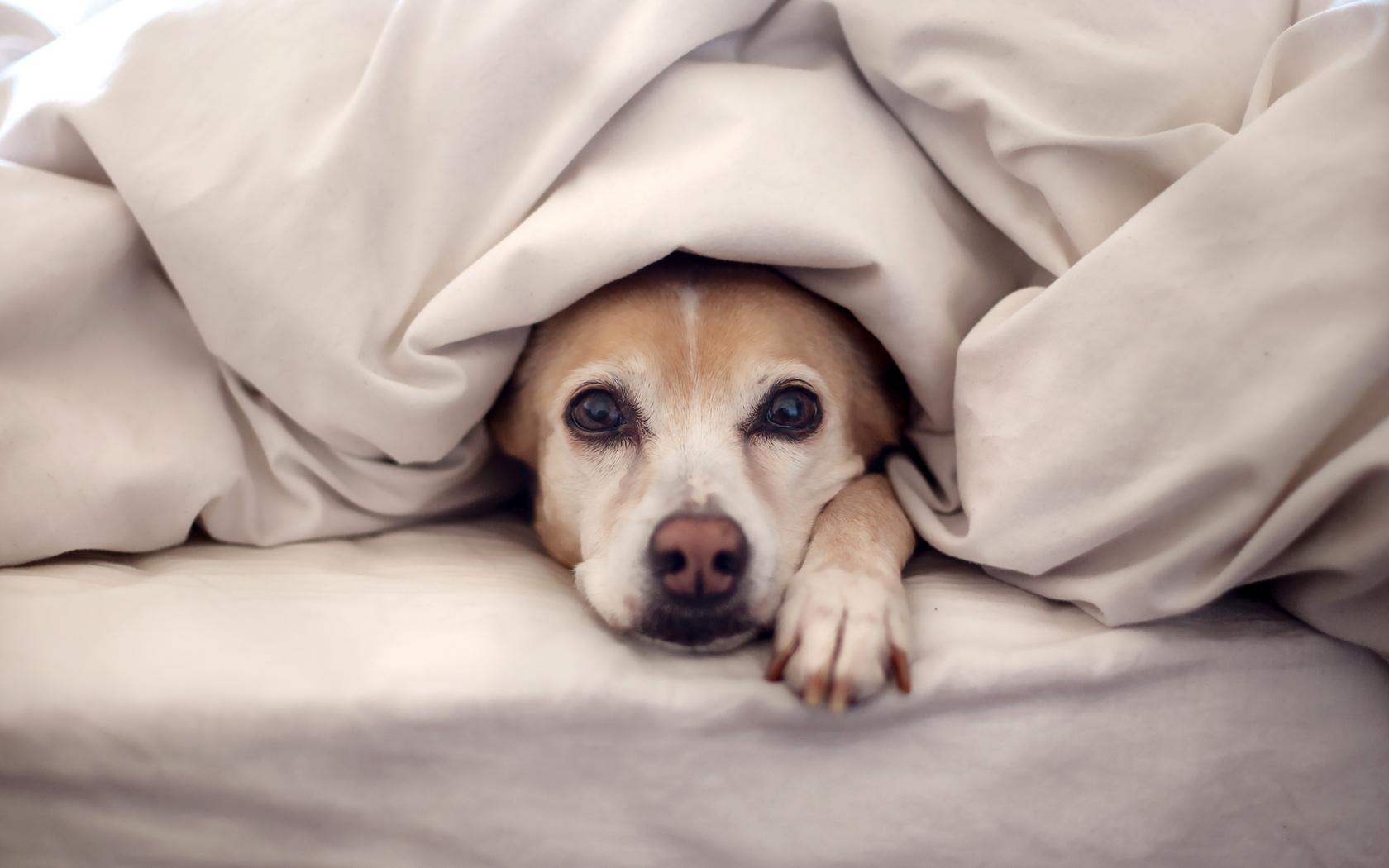 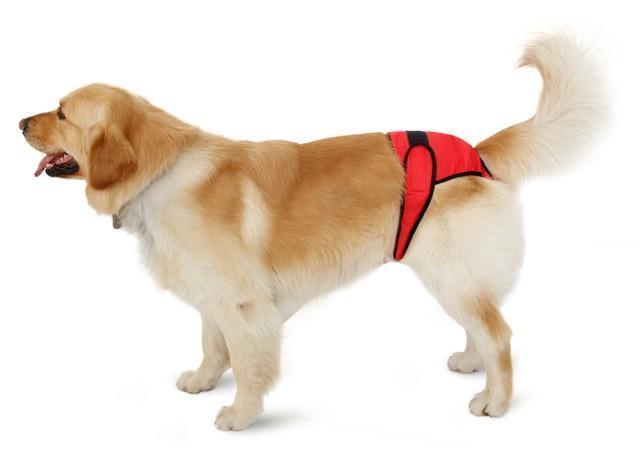 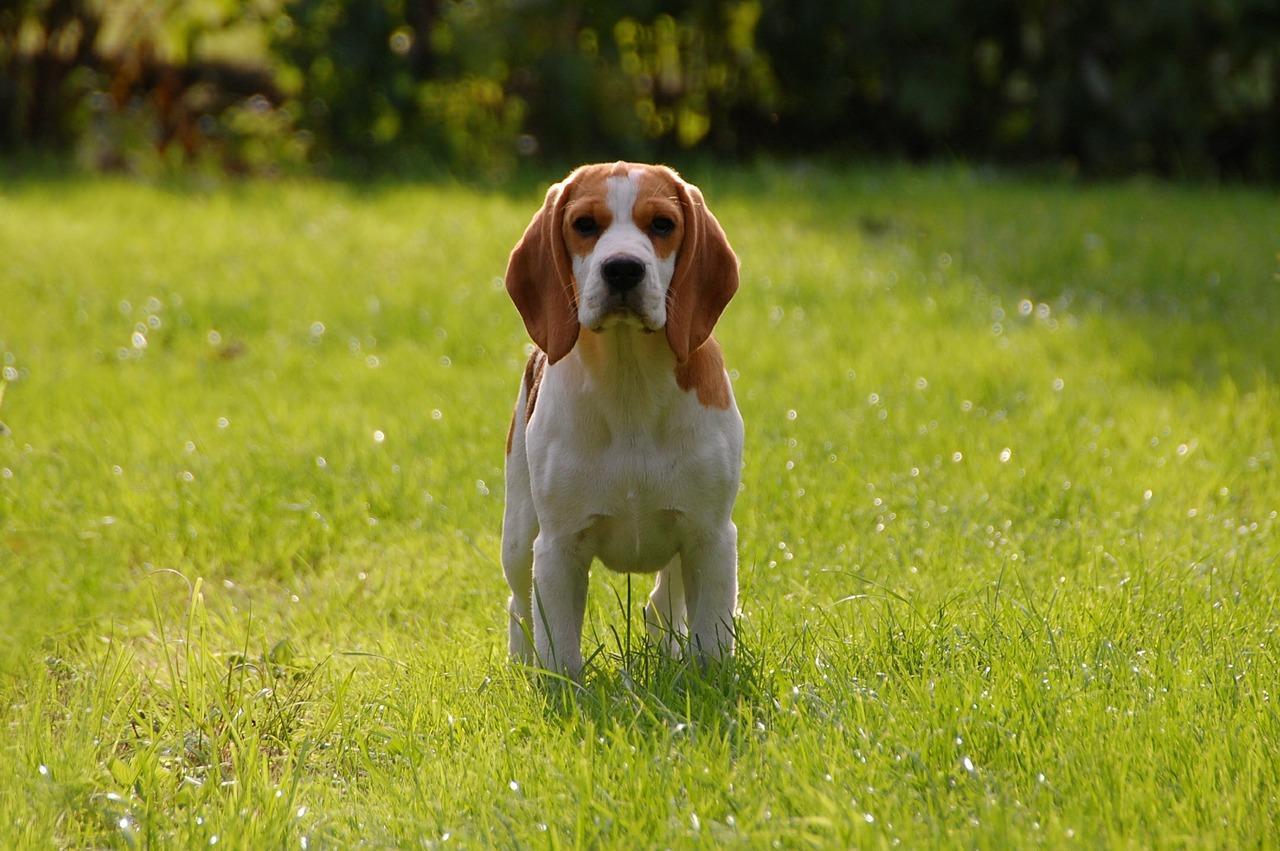 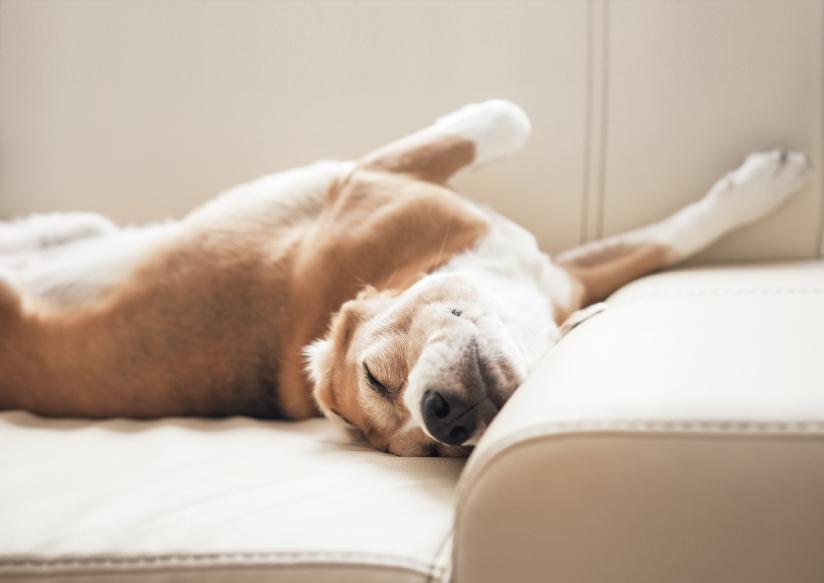