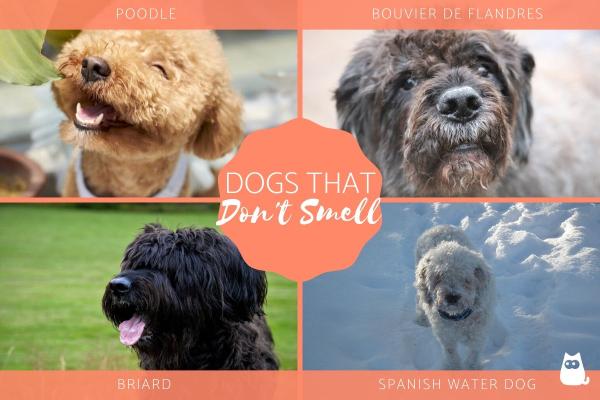 Any dog can get a little smelly from time to time. If they have been exercising, stuck in a humid place or have been somewhere they shouldn't, it's natural for a dog to give off a funky odor. However, some individual dogs are more likely to smell than others. While there are many factors which influence a dog's body odor, their breed can play a part.

This is why AnimalWised brings you this list of the top 10 dog breeds that don't smell. By sharing the least smelly dogs with you, it might help you choose which dog you want to adopt into your family. However, be aware that there are many different factors and no guarantees when it comes to body odor.

You may also be interested in: Dog Breeds That Don't Bark Much
Contents

Why do some dog breeds smell less?

When we have a dog and they have been in the water, it is common to be aware of a ‘doggy’ smell. It is a distinctive odor which will be quite musky and particular to canines. The reason for this smell is due to apocrine glands. These glands are the same as sweat glands which we humans have, although they do not behave in the same way.

Another factor is the production of sebum. This substance is also produced in the hair follicle, this time in the sebaceous gland. Sebum in itself is odorless, but when it mixes with bacteria, it can help to create that distinctive dog smell.

One reason why a dog is smellier than others is because they produce more sebum or smells from their apocrine glands. This is partly due to their genetics. For example, the Shar Pei is quite smelly because they have a very wrinkly coat which captures sebum, bacteria and odors. Hormone production is also a factor, so an adolescent or unneutered dog might smell worse because their development means they produce more hormones.

The least smelly dogs are those which have a genetic predisposition towards not produce bad smells. The top 10 dogs that don't smell are:

Below we detail more about what to expect from these dogs which don't smell as much as others. If you want to know which dogs are inclined to smell the most, you can check out our article on the smelliest dog breeds.

We begin our list of the dogs that don't smell with the Poodle. Not only do they not smell bad, but they are one of the dog breeds which do not shed much hair. Although they may not shed often, their coat still needs care with regular brushing and grooming.

There are different types of Poodles, grouped by their size. If we look at the Standard Poodle, we can expect them to weigh around 30 kg. They are dogs which have adapted well to urban life, despite their origins as working dogs. They are also very intelligent and get on well with children. There is a downside which can make their body odor increase. This is because they have a tendency towards atopic dermatitis which can lead to seborrhea.

However, smaller breed types such as the Miniature and Toy Poodle are dogs known for not smelling. Choose them as dogs which smell the least.

An unmistakable dog due to their appearance, it is easy to confuse the Bedlington Terrier with a sheep. Despite their aesthetic, they behave much like any other Terrier breed type. This means, if they do not receive the mental and physical stimulation they require, they can manifest problem behaviors.

They are medium-sized dogs and weigh about 8-10 kg in weight. They were originally dedicated to hunting rats and badgers when employed as working dogs. Today we can see them as a favored companion animal, even for those living in the city. They are great with children, but their coat does not usually smell. In fact, they are great for allergy sufferers as they are considered a hypoallergenic dog breed.

The Kerry Blue is a breed of Irish origin and medium size. They weigh between 15 and 17 kg on average and they are known for having long ‘beards’ on their face. Their fur is longer on some parts of their body than others, but all of it needs care and attention. Even their eyebrows will need a little grooming. Their name stems from the fact their beautiful gray hair has a bluish hue in certain lights.

In the beginning they were used as fox-hunting dogs, but were also employed in capturing other animals. Nowadays it is much more common to see them as a companion animal. However, they still need lots of walking and exercise to expel their abundant energy.

Although not necessarily the oldest dog breed in the world, the Barbet is a dog of French origin which has been with us for centuries. They were once regular employed as water dogs, but are more common now as a pet. They are particularly loyal and wonderful with kids.

Their fur is very curly and covers their entire body, including their face. The hair is waterproof and is used to protect them in cold water. They shed very little, meaning they don't smell very much, but they do require careful grooming of their shaggy coat. Although very sociable, affectionate and playful, they are not as popular as some of the breeds on this list.

Another French dog breed and another relatively rare dos is the Pont-Audemer Spaniel. Still, they are notable for having a non-greasy coat which means they do not promote bad smells as much as many other breeds. This doesn't mean they don't need to be groomed. They will still shed hair and their curly coat is prone to tangles. It does mean that they usually do not have a strong odor.

The Pont-Audemer is a Spaniel type dog which does not usually exceed 25 kg in weight. They were used for hunting, especially prey which was found near water. For this reason, they love wetlands and swamps. This can mean they will be prone to jumping in water which might promote dirt. However, bathing the dog when needed can help them to stay clean and scent-free.

The Briard, also known as the Berger de Brie, is included on our list of dogs that don't smell thanks to their characteristic long coat which manages to stay relatively dry. This coat not only looks beautiful, but it is a great form of protection against adverse weather conditions. They are used as a type of herding dog, but are also popular as a companion animal.

While their coat produces less sebum, and therefore less smell, they need to be outdoors. This means we should be careful about what kind of mischief they get into. They are not great for cities due to their need for plenty of exercise and they can be difficult with other dogs thanks to an intense need to protect their guardians.

As you can see, there is a tendency towards dogs of French origin to be those which smell the least. However, the Bouvier des Flandres is actually from nearby Belgium. Although rarely used as a cattle dog any more, they had a long history as a working dog on farms. Despite this, they can be well-suited to city living with the correct care. They can, however, be quite territorial, so we will need to be careful and keep them on-leash near other dogs.

Their matted coat needs to be well-brushed to prevent tangles, something which can promote smells. However, with regular care, they should not smell much at all.

As a type of water rescue dog, the Spanish Water Dog has been a hero to many an unfortunate seafarer. They have helped coastguards and fishermen alike. For this reason, they ideally should live somewhere with access to water. If you deny them this, you will be denying them an important aspect of their life.

They are medium in size and do not usually exceed more than 20 kg in weight. However, they are still strong enough to help a drowning person in the water. They get along great with other dogs, but they do need plenty of exercise, cognitive development and attention. They are not suitable for those with sedentary lifestyles. Their coat does not smell much, but it can develop tangles and they do shed periodically.

A little bigger than the Spanish Water Dog, reaching about 25 kg in weight, the Portuguese Water Dog is otherwise built fairly similarly. It is strong and has a beautiful shaggy coat. They were also used as working dogs on fishing boats, although now they are more commonly employed as guard dogs if not a companion animal.

The Portuguese Water Dog is very intelligent, active and fairly easy to train. They have become better known thanks to the Obama family having these dogs during their time in the White House. They shed very little, although their wavy hair needs well-groomed. Often they are given a particular cut which is shaved at the legs and tail, but longer on front.

We finish our list of dogs which don't smell with a dog breed which is not officially recognized by all standards organizations. The Labradoodle is a type of crossbreed dog, bred from a combination of the Poodle and Labrador Retriever. However, they are extremely popular and one of the most common companion animals on our list.

The reason the Labradoodle is not always recognized is because they are relatively new. They were developed in Australia in the 1980s. They learn very easily thanks the to Poodle's intelligence and are incredible family dogs. They have a fairly high energy capacity, so they need a lot of exercise. Their coat is wavy and not as tightly curled as the Poodle. They do not smell much and are considered one of the best companion animals for various types of family.

If you want to read similar articles to Dogs That Don't Smell - The Least Smelly Dogs, we recommend you visit our The least... category.

1 of 3
Videos related to Dogs That Don't Smell - The Least Smelly Dogs
20 Dog Breeds That Don't Shed Hair
8 Cat Breeds That Shed The Least
Dog Breeds That Smell the Most
Dogs That Shed The Most
Related categories
NamesComparisonsThe most...What you need to knowIdeal for
Most read
1.
Best Names for American Bully Dogs
2.
Can You Have an Otter as a Pet?
3.
Tamil Names for Dogs - With Meanings
4.
Top 100 Popular Bird Names
5.
Best Names for Horses and Mares
6.
Small White Dog Breeds
7.
50 Unique Names for Parrots
8.
17 Best Spotted Dog Breeds
Are There Animals That Don't Sleep?
The Best Small to Medium Dog Breeds
Adopting a Second Dog into the Home
Unique Names for Dogs
Silver Foxes as Pets: Guidelines and General Tips
The 5 Smallest Dog Breeds in the World
Why Don't Dogs like Blowing in their Face?
Foxes as Pets: Guidelines and General Tips 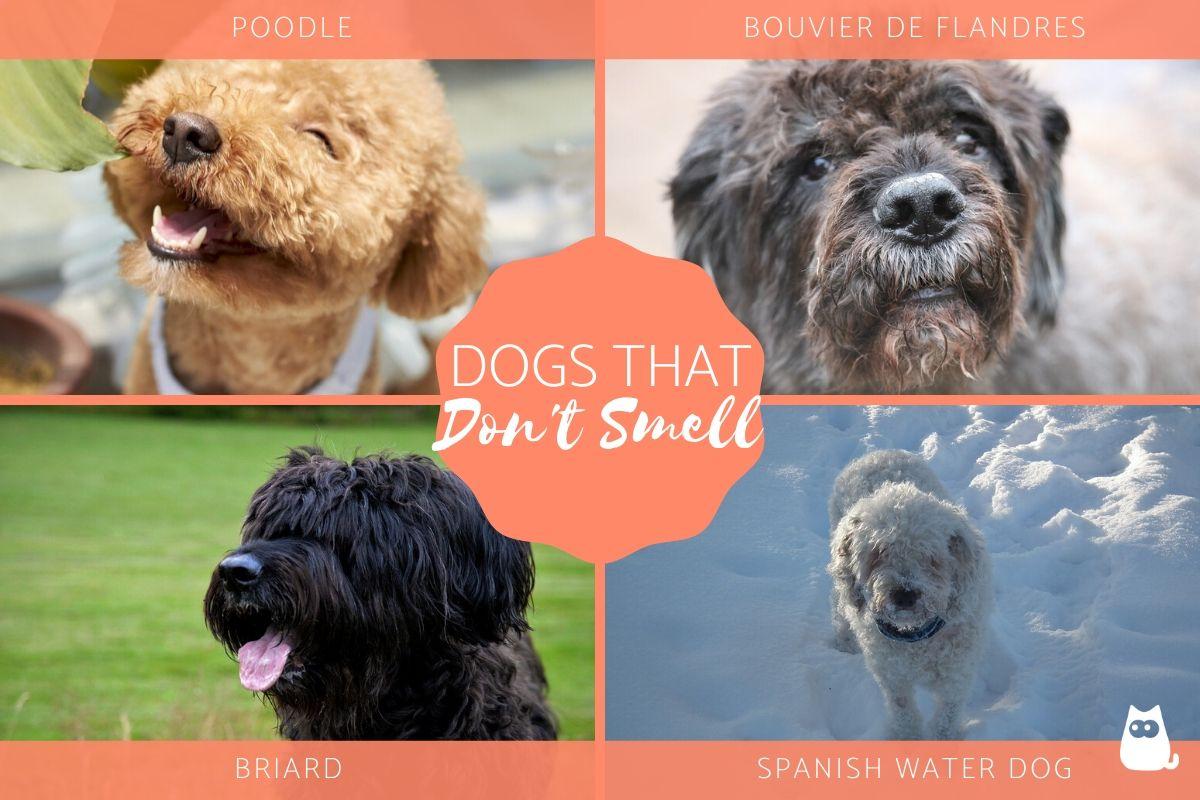 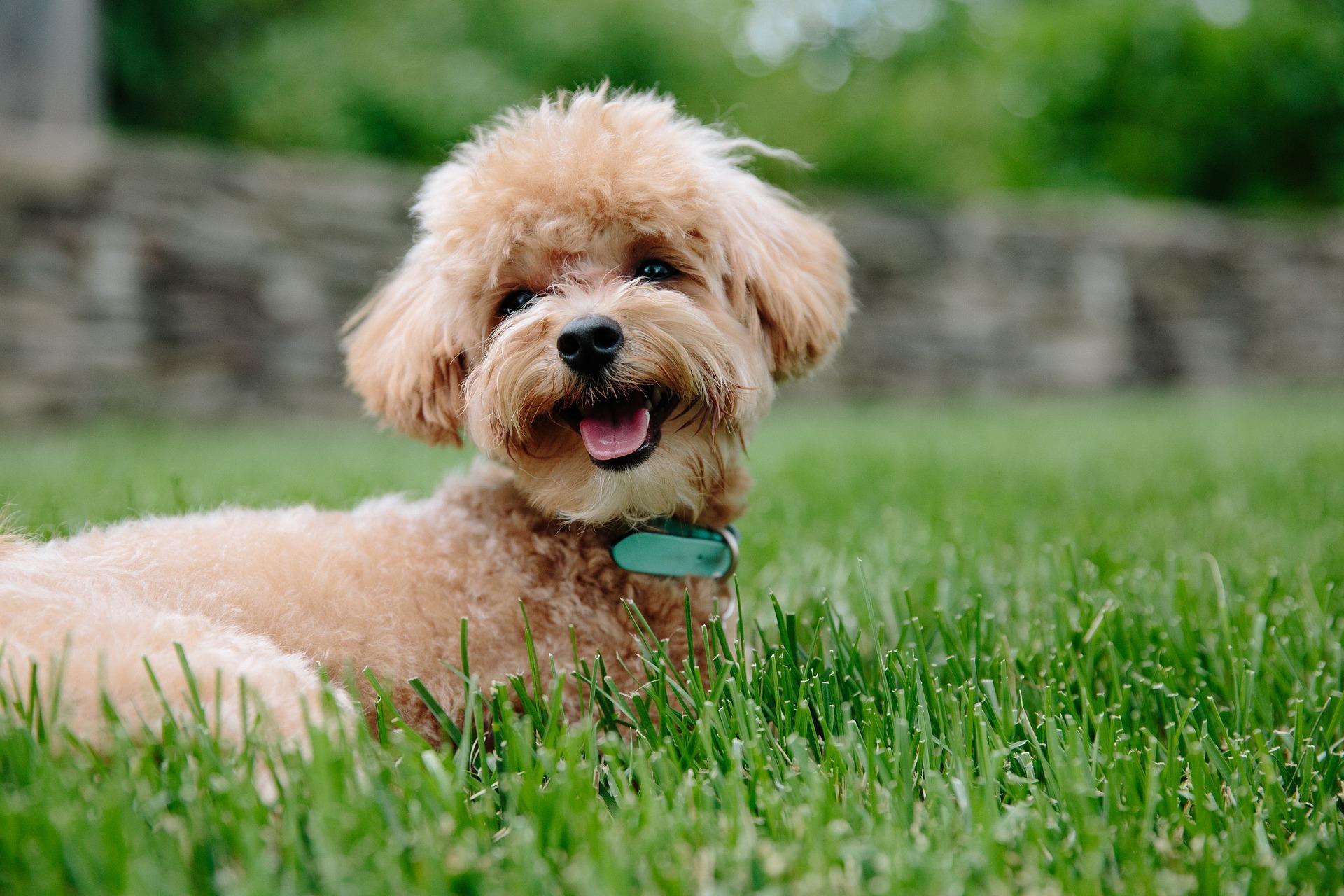 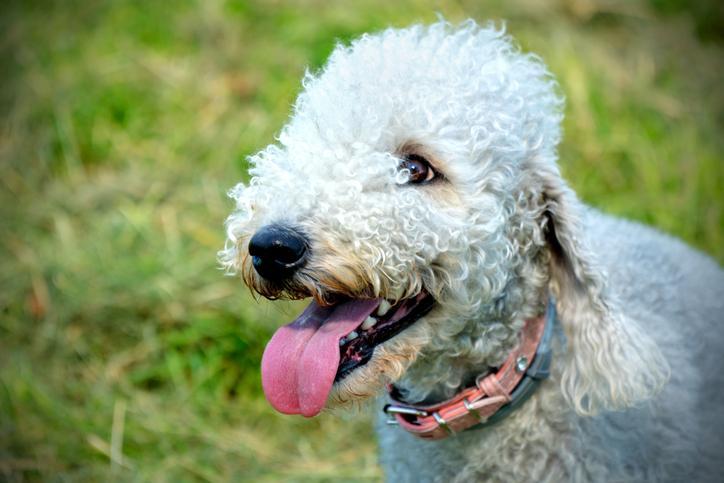 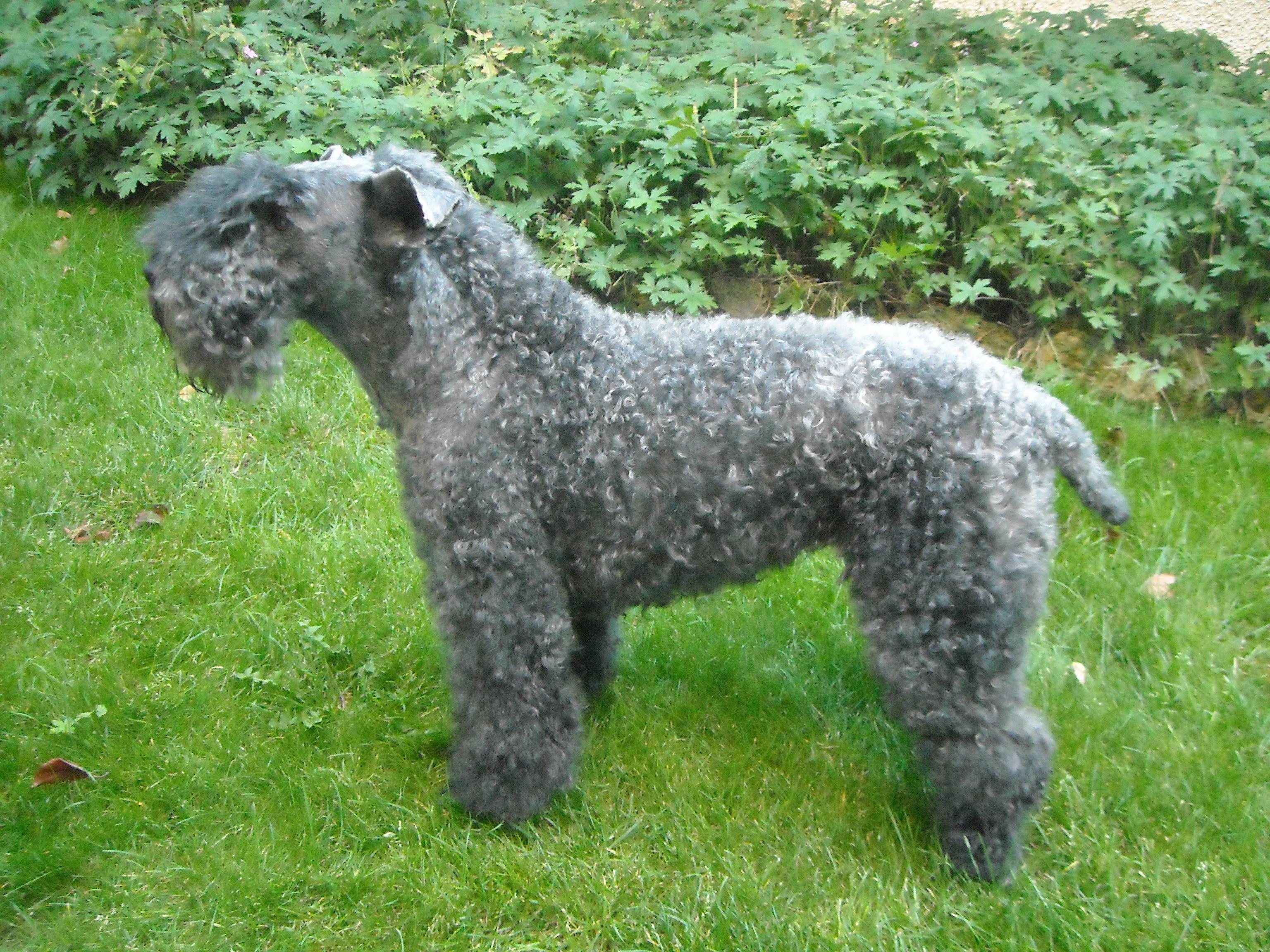 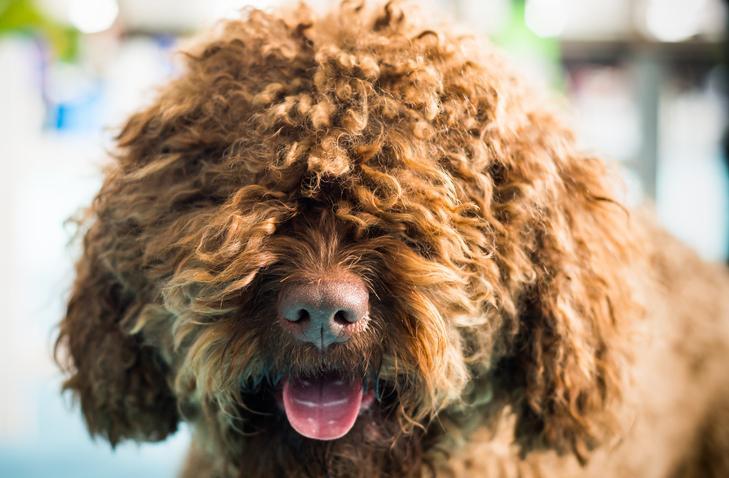 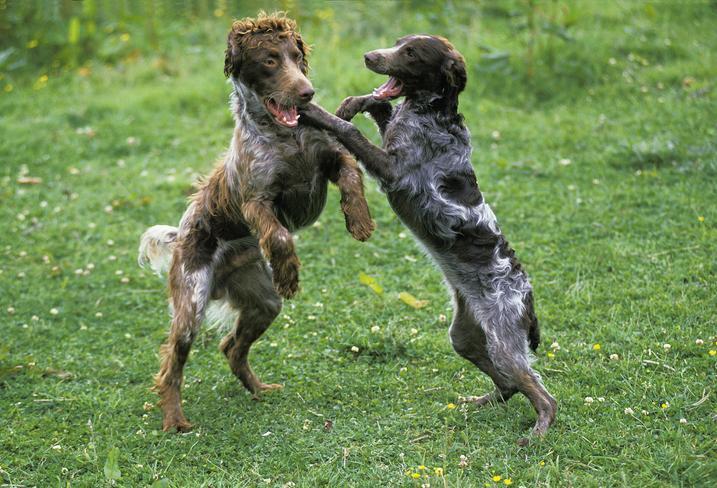 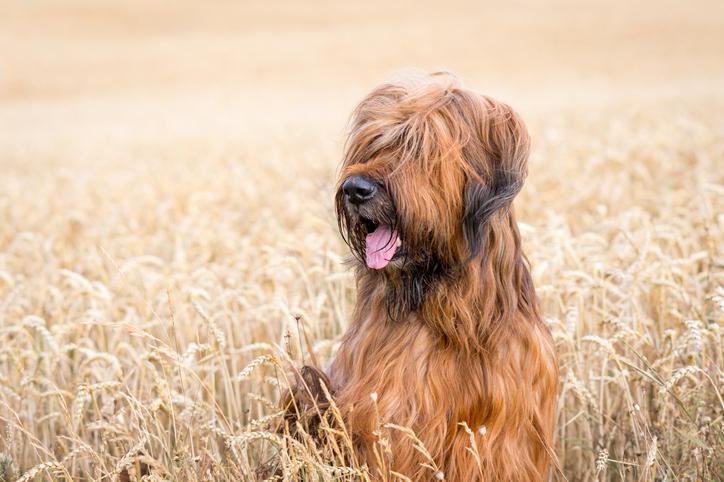 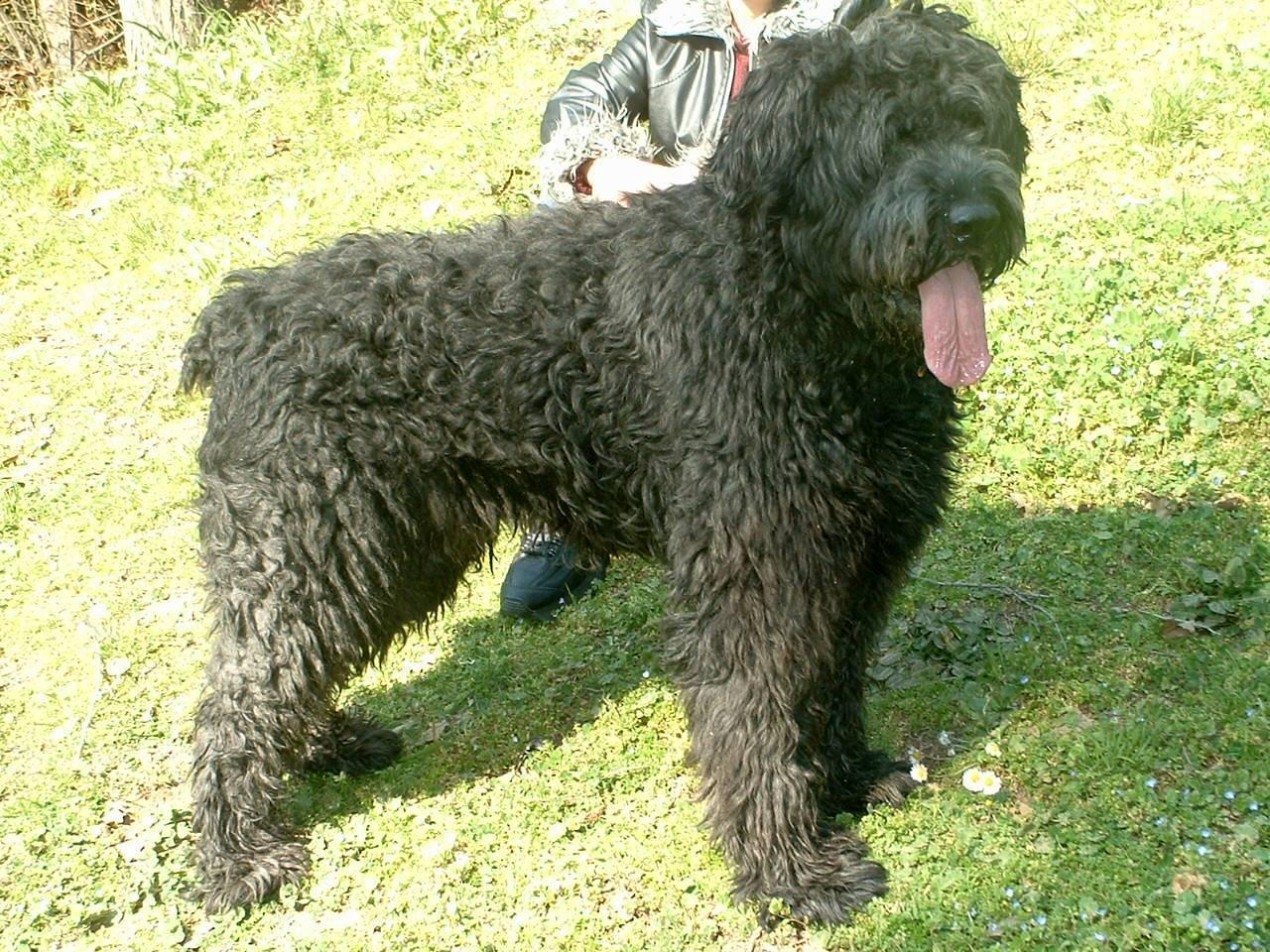 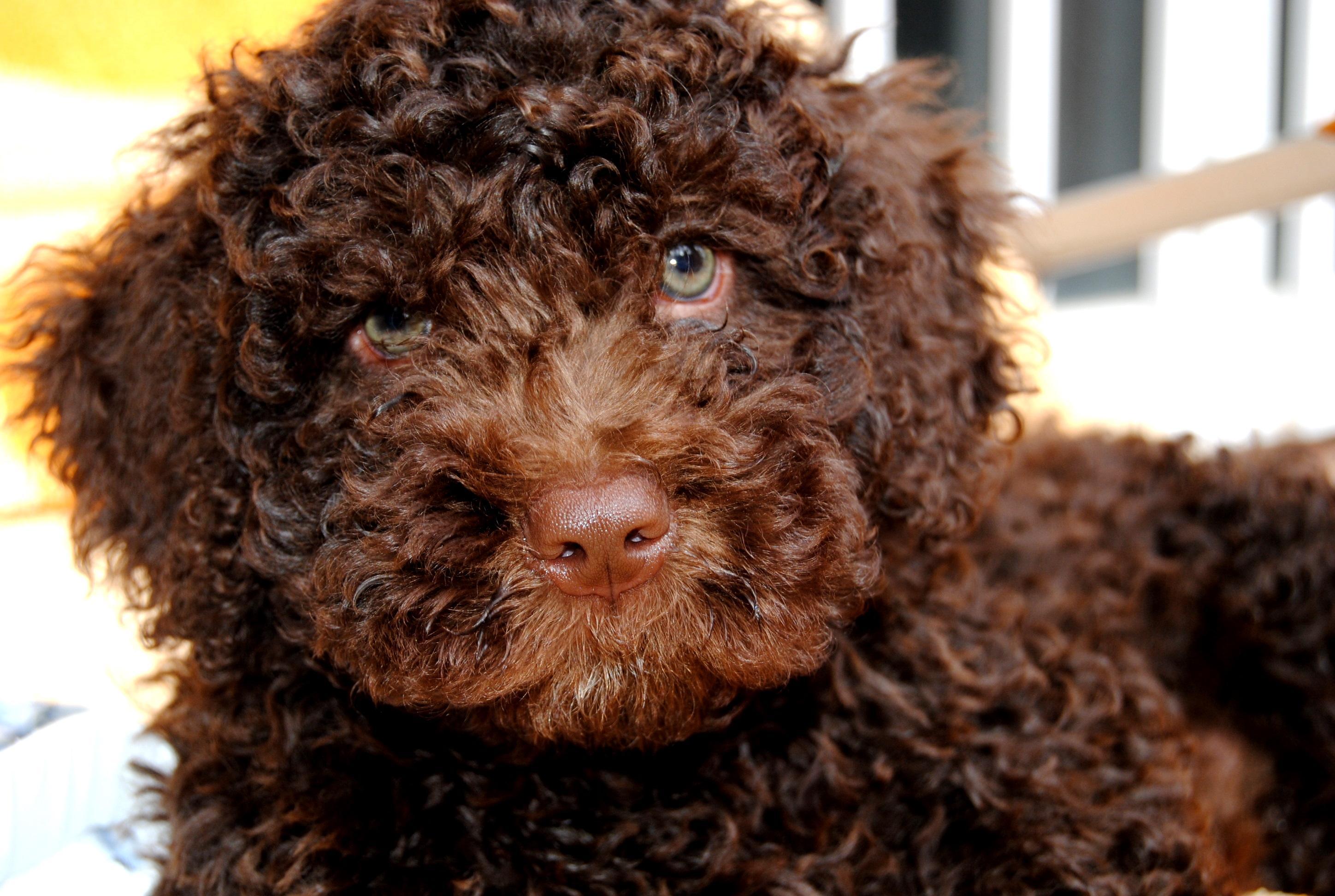 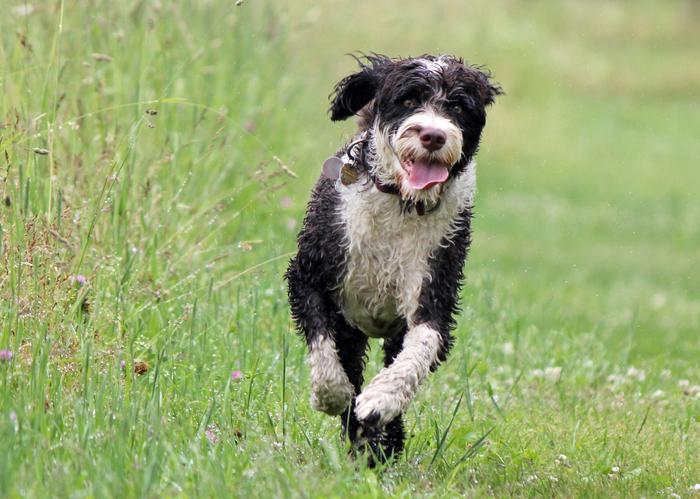 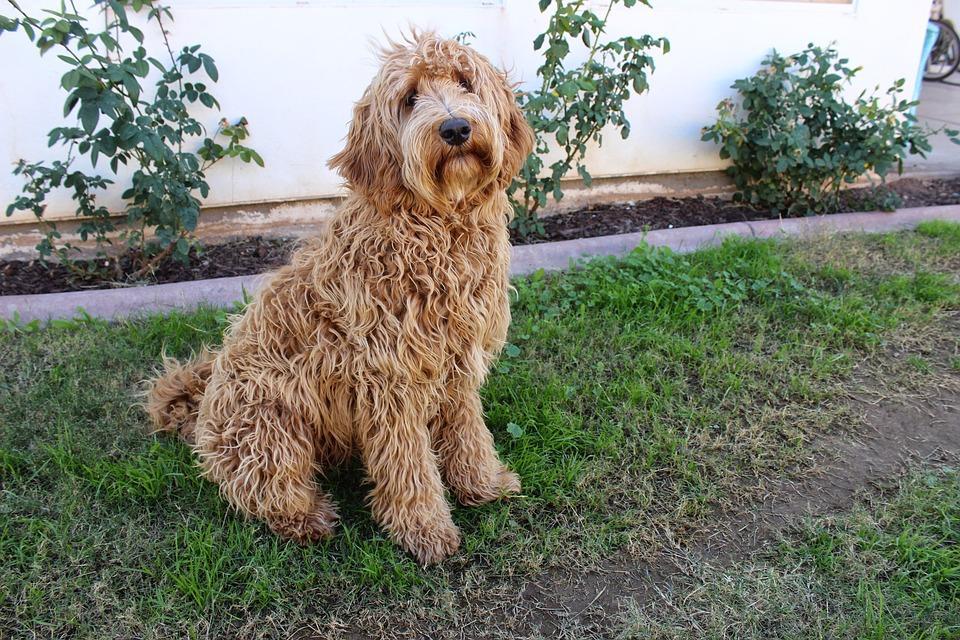