Crossbred or Designer Dogs: The 12 Most Popular Breed Crossings

The evolution of dogs has been shaped by their contact with humanity. We humans have determinedwhat breeds should be crossed, and what individuals were chosen for further breeding in order to suit our needs or aesthetic tastes.

Whether or not you are in favor of selective breeding to achieve new breeds and dog types, it is certain that the practice has resulted in magnificent and beautiful dogs. Stay with us at AnimalWised to discover all about crossbred or "designer" dogs with a ranking of the 12 most popular breed crossings.

You may also be interested in: The 12 Largest Cat Breeds
Contents

What is a crossbred or designer dog?

When you imagine crossing two dog breeds, you may think it it an easy process: Pit Bull Terrier + Staffordshire Terrier = American Bully, right?

The reality is somewhat different. Crossbreeding is a dice game of genetics in which individuals with certain characteristics are chosen to breed in order to achieve dogs with specific qualities.

We'd like to remind you that many dogs are rejected during this process as they suffer malformations that make them unsuitable for genetic continuity, while some "successful" individuals have been bred with their first-grade relatives - including parents and siblings - in order to maintain a particular genetic trait. Of course, this generates many potential hereditary and genetic diseases.

These experimental processes are also done on cats; in fact, cats are often with different wild cat species to create new, larger and exotic-looking cat breeds. In zoos there have been mixtures between lions and tigers! You can discover all about cat hybrids - and the differences between ligers and tigons here.

A strong and muscular dog with a kind, loving and faithful character was sought after when creating this breed. The American Bully has been very well received in different countries for its social qualities; here you can learn the best way to train them.

The Frenchie Pug first appeared in France, where the French Bulldog and the Pug were first crossbred. This new designer breed is characterized by its pointy ears. It is a loyal, social, cheerful guard dog; it's also agile, active and highly intelligent.

Crossing the Golden Retriever with the Poodle has resulted in a dog with American and Australian origins. The Goldendoodle was created to find the perfect combination for a guide dog. They are also excellent family pets.

Labradoodles have a British origin, and they're the result of crossbreeding Labrador Retrievers with Standard or Miniature Poodles.

This crossbreed began to be used as guide, assistance and therapy dog. It also has the quality of being hypoallergenic. It is not considered a breed itself by any organization although it is popular and highly sought after for its qualities.

Also known as a Peagle Hound, the Peagle is a cross between a Beagle and a Pekingese. This designer breed is very sociable, confident, playful and intelligent. It is the ideal pet for a family to have; the kids will have no problem interacting with it.

There is little information about this new mix, but we do know that the Peekapoo is a cross between a Poodle and a Pekingese. They are small, furry and sometimes a bit grumpy, yet very loving and attached to the owner's warmth.

This mix between a Beagle and a Pug from the United States results in this new designer breed, originating from the state of Wisconsin. The Puggle is popular for being a very fun and beautiful dog. It has a very sociable behavior, and it's very good with children and other dogs. It's a great family companion but a little resistant to training.

Famous in the United States, this popular cross between a Shih Tzu and a Yorkshire Terrier is also called a Yorki Tzu. The Shorkie Tzu has a layer of silky straight hair; its other physical characteristics - color, physical structure or personality - can vary depending on its parents.

The Shorkie Tzu has a very colorful personality, and generally tends to show gregarious, affectionate and caring attitudes. This is a nice and intelligent pet dog that can be trained easily.

Crossing a Pomeranian with a Yorkshire Terrier creates this new breed, also from America. The Yoranian is a playful and affectionate dog that also takes very well to children. It needs daily exercise but is of a small size, so a walk to the park will be more than enough.

Also called a Yorkapoo or Yoodle, this is another crossbreed that appeared in the United States, obtained from the cross between a Yorkshire Terrier with a Toy Poodle. The Yorkiepoo is a cheerful dog that needs to be stimulated socially and intellectually. It adapts to small apartments with no problem and it is a good playmate. They tend to bark when distressed or alone.

Also known as a Sichon, the Zuchon appears from crossing a Bichon Frise and a Shih Tzu. It is popular for its teddy bear appearance, so its coat needs to be cared for. It has a somewhat stubborn personality, but with the right training you can moderate it. The Zuchon needs attention and does not like to be left alone for long periods of time. The origin of this breed is also American.

Should you adopt a crossbred dog?

Remember that, despite the fact that all these new designer breeds are considered "impure", we must not encourage the standards of beauty imposed by certain organisations. You cannot participate in any beauty or breed standard contests with any of these mixes mentioned above, although it seems to us that you should be able to. New hybrids and crosses will continue to appear, and with time, be accepted as their own breed thanks to their popularity and number of enthusiasts, as dog breeding moves big money.

By the way, did you know that Queen Elizabeth II crossbred Corgis and Dachshunds, creating the Dorgi? Here you can learn all about Elizabeth II's dogs.

We guarantee that any dog can win you over, regardless of its breed. Do not let yourself be influenced by "pure breeds", or fashionable "crossbreds"; do research on the breeder you're planning on adopting your pet from and make sure they have fair policies. And, of course, don't miss our article on the advantages of having a mixed-breed dog.

If you want to read similar articles to Crossbred or Designer Dogs: The 12 Most Popular Breed Crossings, we recommend you visit our The most... category.

4 comments
George Owen
11/08/2019
Not sure I am in the right area, I am a bull dog fan and would like to find a good dog however I am not sure I like the life span of the bull dogs. Does the Boxer have a longer life span than the English Bull dogs. I had an Old english bull dog for a little over 10 years just lost him and I must say its was hard on me.. Is there anyone out there who can give me some advice on what would be a good dog the has a longer life span and have as good personalty like the old english bull dog.
Rating:
Alfredo deguzman Villegas
26/03/2019
I want to make a learning experience with my k. 9. German Dog,,
Thank you..

If you need some tips on how to train a GSD, you can look here: 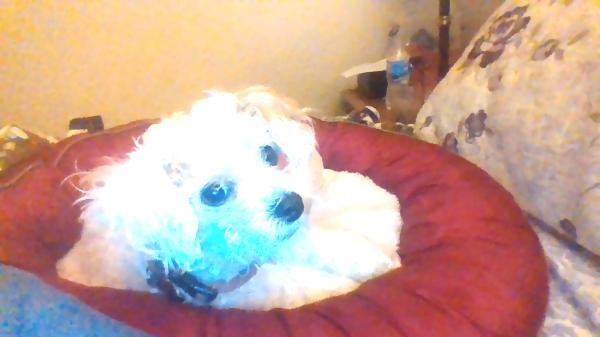 I have a yorkiepoo, and they are the BEST designer dogs in the whole wide world! I dress up my dog a lot to see what he looks like. he looks so adorable! They are so small also, they don't get that big. So if you are looking for a dog that is not to big, or too small, than I think that a yorkiepoo is perfect for you! And if you have kids, a dog like this will be perfect! This breed of dogs do not bark as much, is very playful, sleeps a lot, and most of all...IS SUPER SUPER ADORABLE!!! These dogs do not care if you dress them up, they just let you do whatever. Also yorkiepoos don't have long hair, unless you never cut it.
Crossbred or Designer Dogs: The 12 Most Popular Breed Crossings 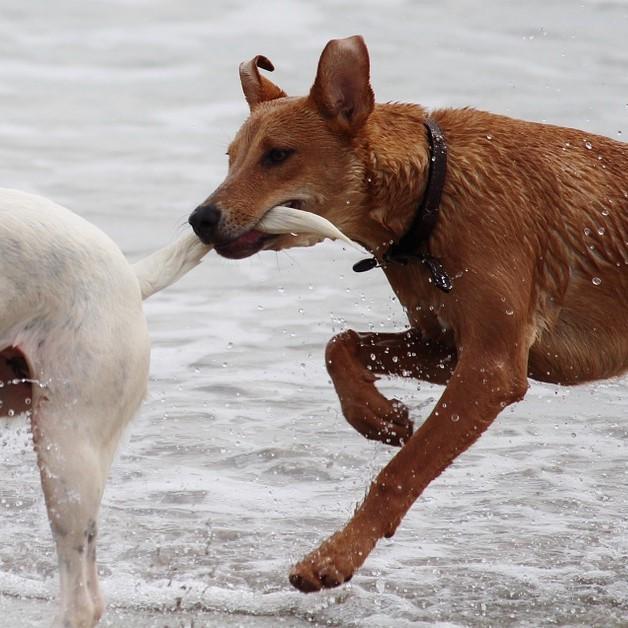 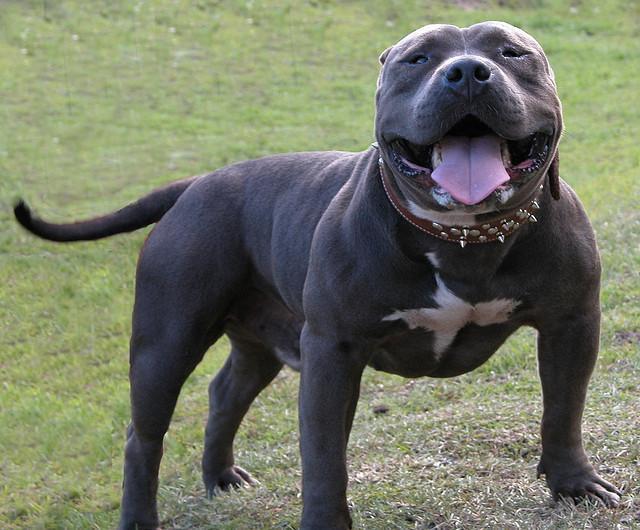 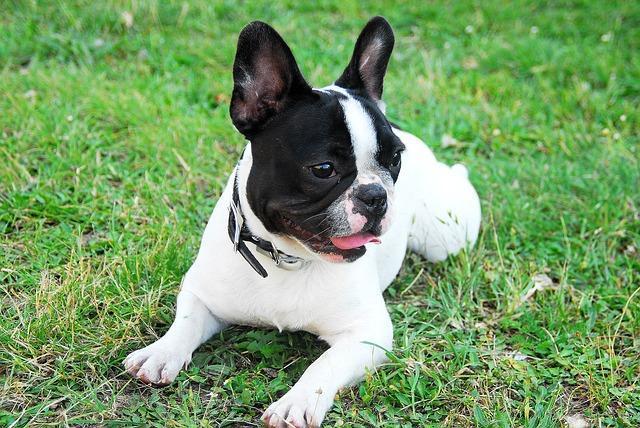 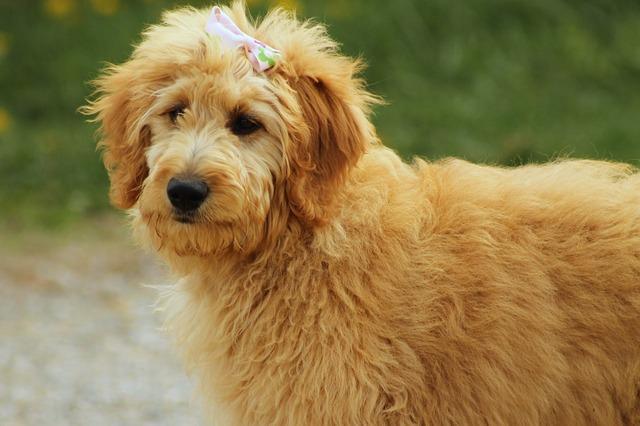 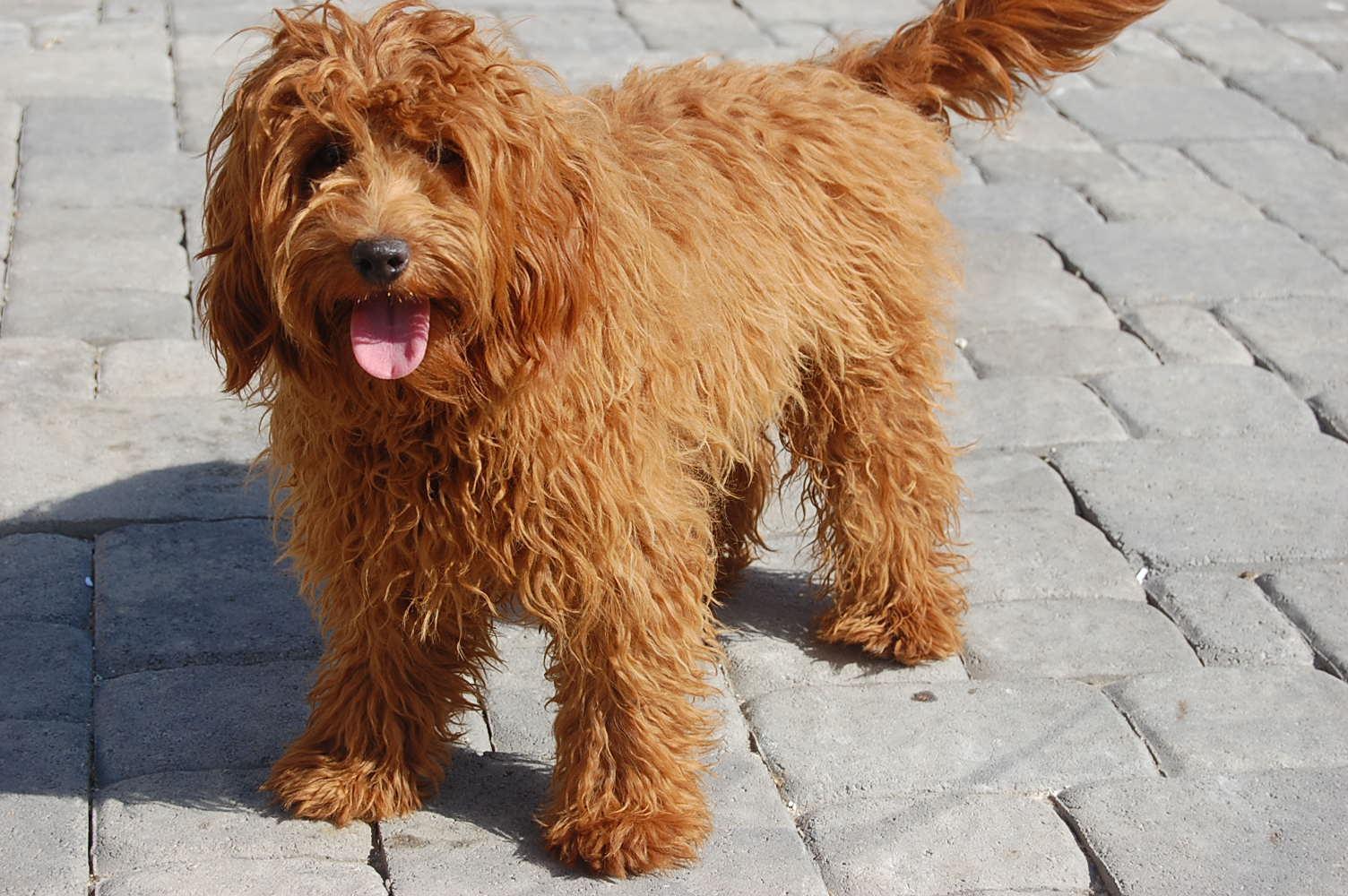 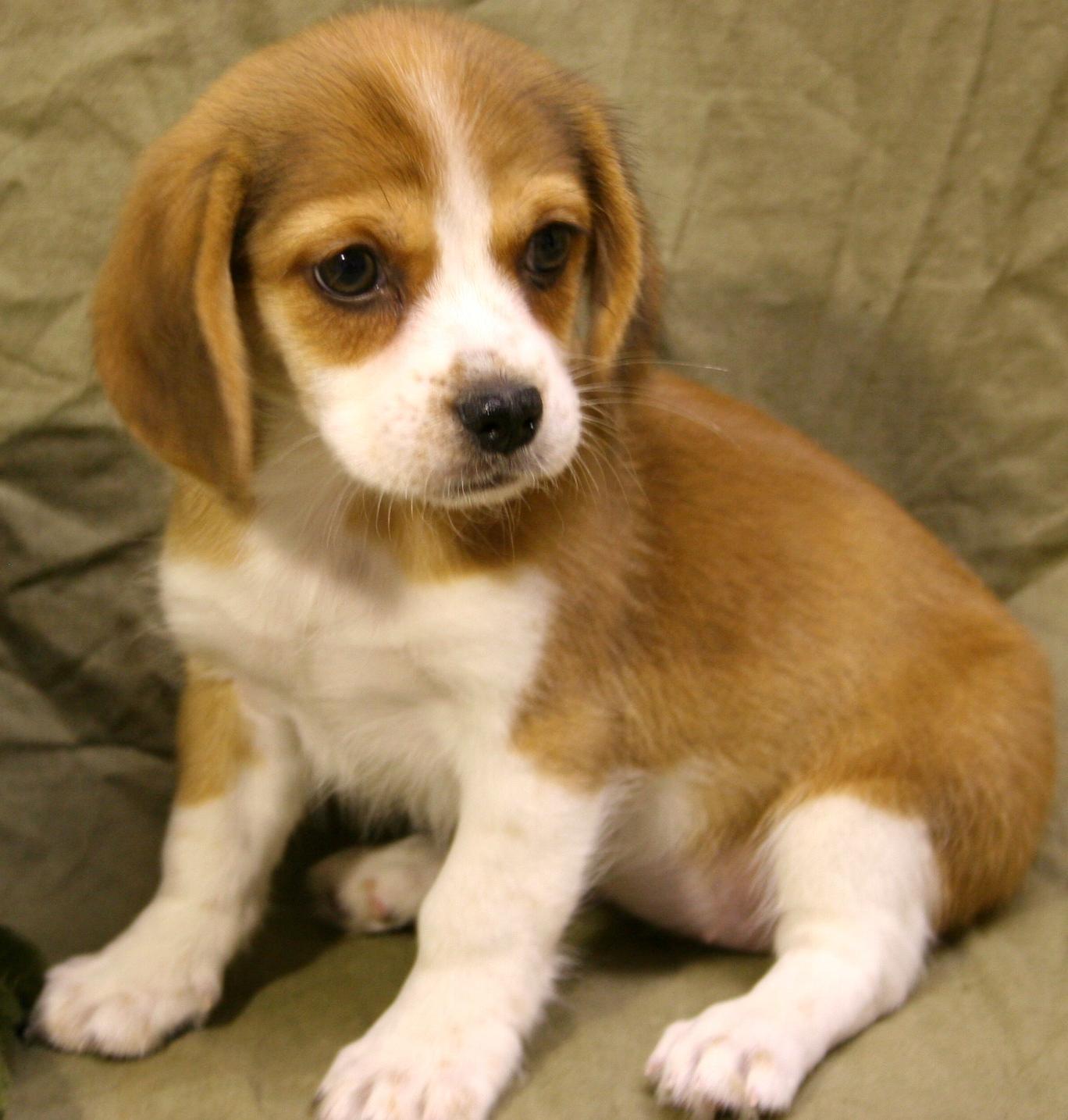 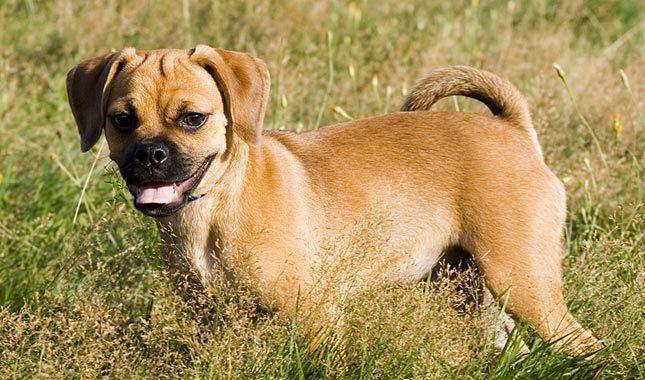 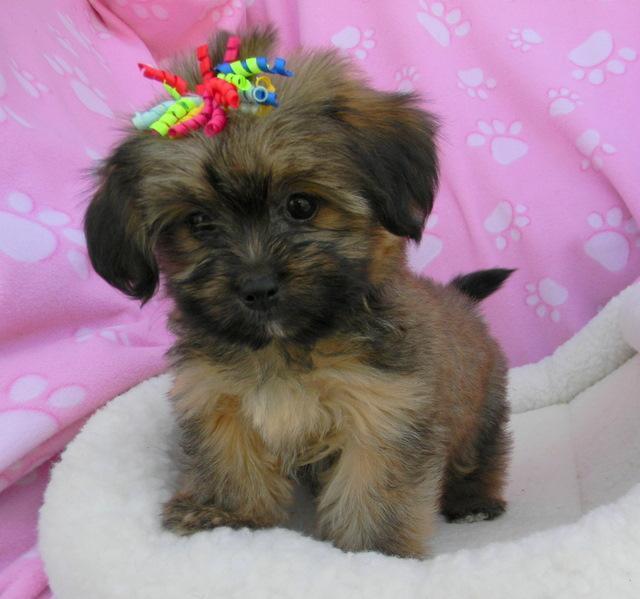 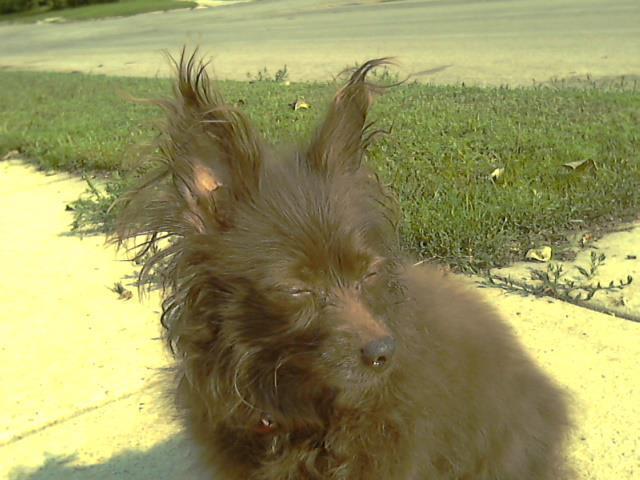 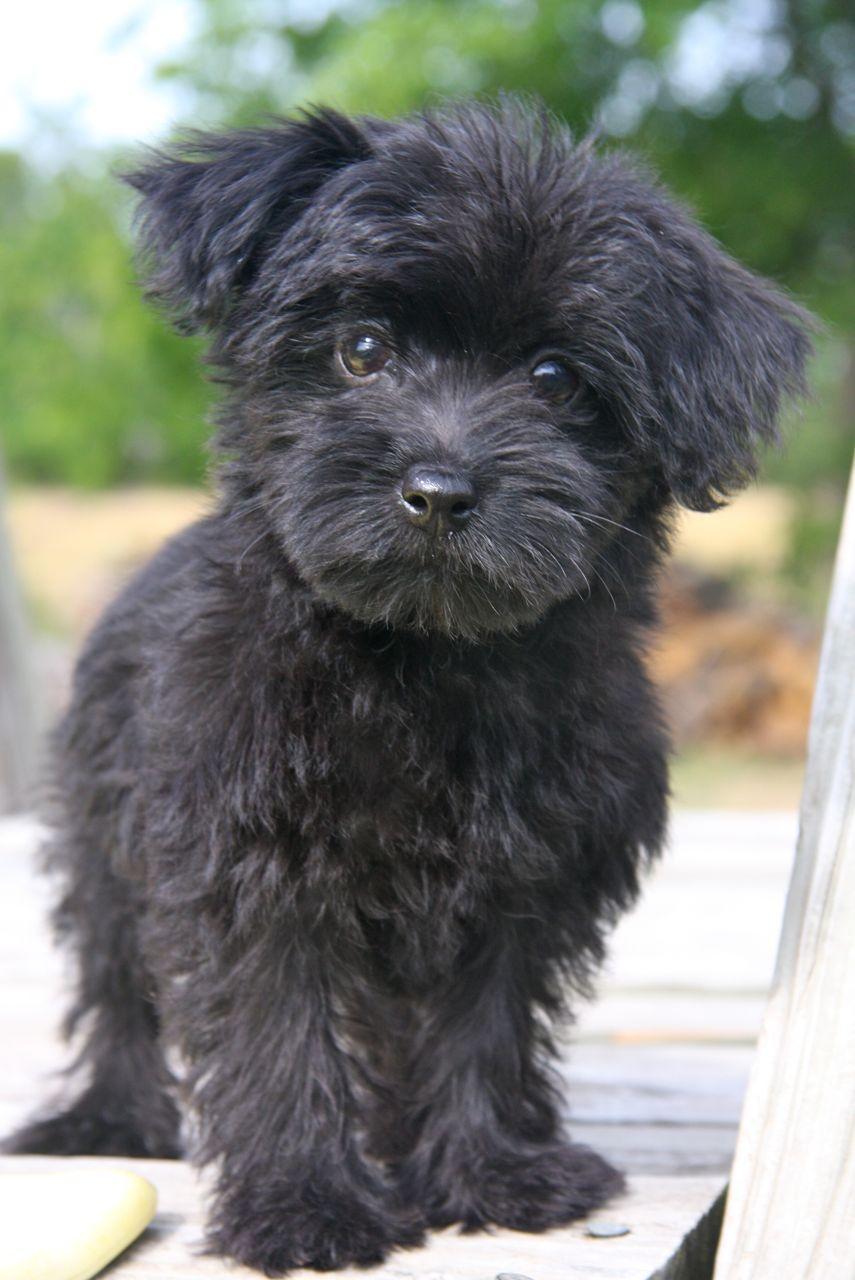 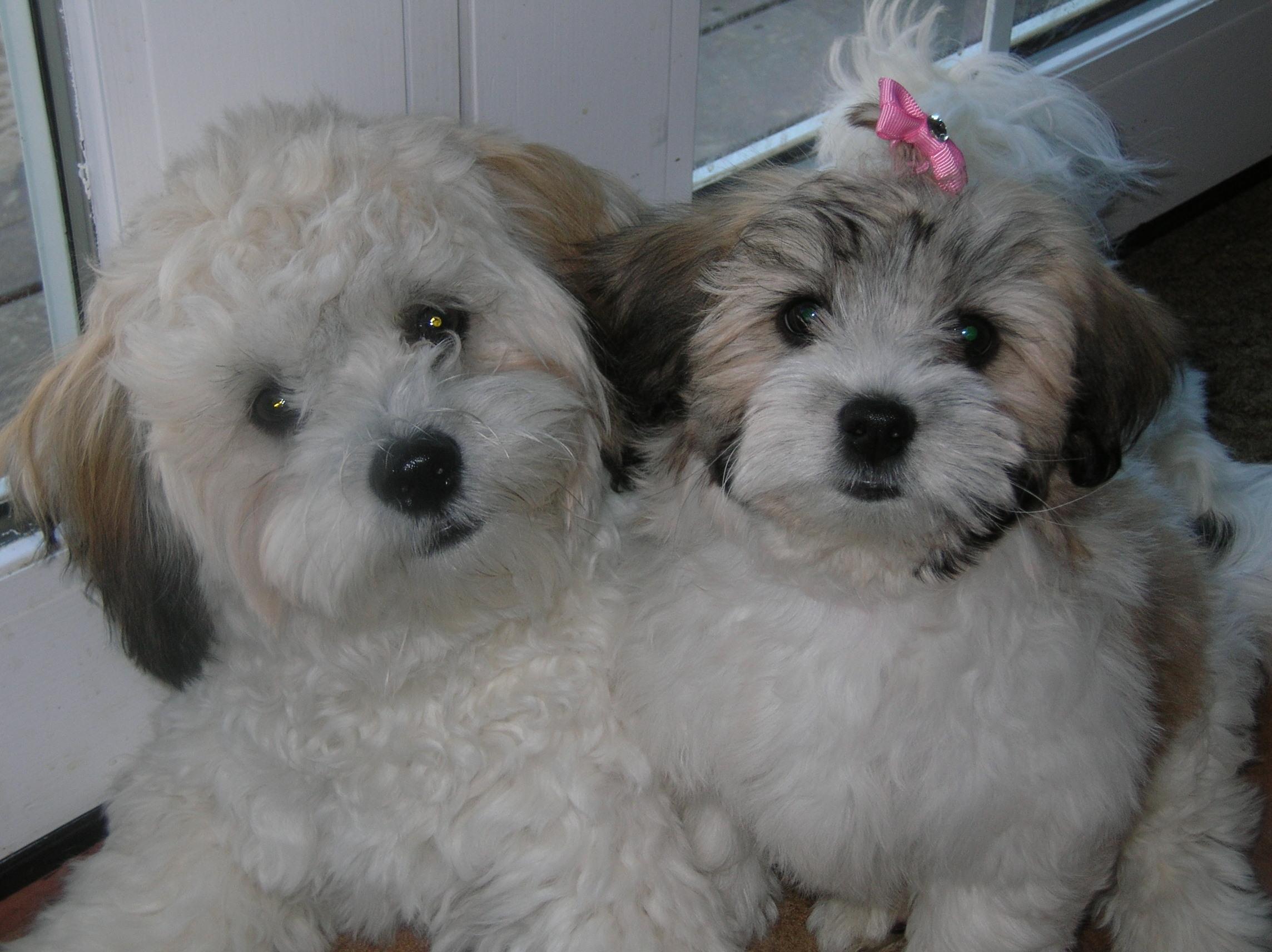 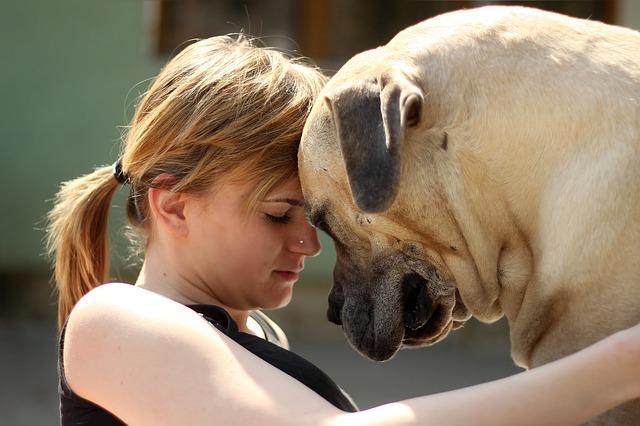 1 of 14
Crossbred or Designer Dogs: The 12 Most Popular Breed Crossings
Back to top