We can distinguish cat breeds by various traits. Some of the most common are whether the cat has long or short hair, or even from which part of the world they originate. Another key indicator is related to the size and the shape of the cat's ears. Cat breed associations across the world spend a lot of time marking the differences in ear size and shape to constitute a breed standard. One of the less common distinctions between breeds is due to whether the ear is ‘folded’. This refers to an ear which is only partially erect, with the tip of the ear facing downwards as if it were a floppy napkin. Others are just so big they look like floppy sails.

At AnimalWised, we bring you the full list of floppy eared cat breeds. While we can see there are not many cats with floppy ears, there are more than just the famous Scottish Fold. Keep reading to find out more.

You may also be interested in: 17 Best Spotted Dog Breeds
Contents

Why do some cats have floppy ears?

With the exception of alterations experienced in utero, all physical traits of cats when first born are due to genetics. The history of cat breeding is a history of selection. Some physical traits occur naturally with cats breeding on their own resulting in certain physical and psychological attributes. Others are due to careful selection by human breeders. Said breeders like a certain characteristic and breeds cats which share this trait until they have enough individuals to constitute a breed.

As with many characteristic breed traits, cats with floppy ears developed by happenstance. While humans can mix cat genes by selecting which cats to breed, they cannot create the gene itself. The floppy ear gene in cats first occurred naturally. Individuals with this gene were then bred together until it became more likely offspring of these cats would also have the folded ear trait.

The rarity and relative recentness of the folded ear cat trait means not many breeds have them. However, those that do can be found below.

The most famous floppy eared cat breed is the Scottish Fold. Their folded over ears are the most obvious trait we see when looking at them, but they are not the only aspect which makes their physical appearance distinct. They also have rounded faces with medium to short legs which means they ‘pad’ more than other cats when they walk.

Also known as the Highland Fold or Coupari, the first Scottish Fold was a cat named Susie who was born on a farm in Perthshire, Scotland. She develop a distinct fold in the ear which was passed on to two of her offspring. These cats were selected by a neighbor called William Ross who, along with geneticist Pat Turner, began developing the breed.

While Susie was first discovered in 1961, the breed had trouble being accepted by breed standard associations. This was due to the Scottish Fold's propensity to have genetic problems. However, breeding with American and British Shorthair cats led to their eventually acceptance of the breed by the Cat Fancier's Association (CFA) in 1978. This also promoted the round look of their face.

All cats are born with straight flat ears, but they turn completely erect at around the 3 week point. Scottish Fold cats are no exception. The difference is that most Scottish Folds by the same time their ears are erect will have a fold in their ear. However, not all Scottish Folds actually have this folded appearance. Those that don't are known as ‘straights’ and will have straight ears for the rest of their life.

Since the proliferation of the floppy ear gene depended on a limited gene pool, Scottish Fold cats are known to have a tendency toward certain diseases, including polycystic kidney disease, osteochondrodysplasia and cardiomyopathy. However, they can live up to around 15 years and are known for being a very affectionate, playful and bond strongly with their humans. They can be either long or short haired and have coats of almost any color or pattern.

The American Curl has ears which are curled and not folded, but they still give a ‘floppy’ appearance when compared to the erect ears of most other cat breeds. These curled ears give a very distinct appearance which has become much sought after by cat guardians around the world.

As with the Scottish Fold, the first appearance of this floppy eared cat breed happened by chance. They were discovered in California in the early 1980s among a group of stray cats. Joel and Grace Ruga of Lakewood, CA., adopted this stray and let her have kittens. These kittens also possessed the curl trait and so began the origins of this breed. Proper selection occurred in 1983, being officially recognized by the FCA in 1999.

Also similar to the Scottish Fold, the American Curl can have almost any coat type or pattern. Unlike the Scottish Fold, the genetic inheritance of this cat generally affords individuals with good health. However, the curled cartilage of their ears is rather delicate and extra care needs to be taken when handling them. It was discovered that the gene which cause the floppy curl is autosomal dominant, meaning a cat only needs 1 of the curl gene to display it.

These cats are very inquisitive and playful animals, maintaining a kitten's sensibility throughout their adult life. They are very active and adaptive to the situation in which they live. This means they are likely to follow their human guardians around the home. The bond they develop with us is usually very strong.

The Oriental is a large-eared cat breed which has a wedge-shaped head. Although the cat breed standard only allows show cats to have straight ears which stand up erect, some Oriental cats have lower ears which may even fold over at the tips. This gives them a big floppy look.

This bat eared cat breed are longer and svelte felines, with their origins in Thailand (hence their name). However, as with some other breeds on our list of floppy eared cat breeds, they were developed in the USA. Their bodies are sleek, but muscular, something which helps them to be very active cats. In fact, they are so active, they should only be adopted by families able to meet their energy needs.

Oriental kittens are born with floppy ears which fold over, but grow more erect as they develop. However, their large size means the bat ears of these cats will appear floppy when they move and play. Due to their origins, they may have some health problems similar to Siamese cats, but they can live long and healthy lives.

Should we encourage floppy ears in cats?

As we have seen, cats with floppy ears can be some of the most lovable and loving companion animals for humans. However, due to the proliferation of certain genes, we have also seen that some diseases are particularly common in these breeds. Affected more so than the other floppy eared cat breeds is the Scottish Fold.

Due to their delightful and unique look, the Scottish Fold has become very popular on platforms like Instagram and Tik Tok. Celebrities such as Taylor Swift have also shown love for these types of floppy eared cats. This has led to a backlash by some to stop the proliferation of this breed due to the health problems they can experience[1].

No cat is guaranteed a long or happy life, but we need to do all we can to help them do so. We also need to promote the adoption of cats from animal shelters as it helps take the strain of a system which is already meaning many cats across the world are suffering neglect.

What do you think? Leave us a comment below and let us know what you think about the Scottish Fold and other flopy ear cat breeds. 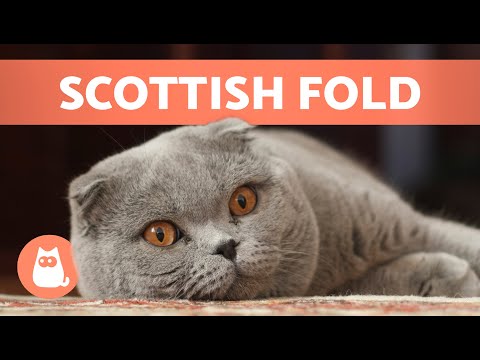 If you want to read similar articles to Floppy Eared Cat Breeds, we recommend you visit our Comparisons category.

Pet Rabbit Breeds: Pictures and Descriptions
Top 10 Cutest Dog Breeds in the World
Asian Cat Breeds
Top 10 Unique Cat Breeds
Related categories
The least...Ideal forNamesThe most...What you need to know
Most read
1.
Best Names for American Bully Dogs
2.
Tamil Names for Dogs - With Meanings
3.
What is the Difference Between a Donkey, a Mule and an Ass?
4.
Stoats as Pets: Guidelines and General Tips
5.
100 Popular Bird Names
6.
Types of German Shepherd - All Breed Variations
7.
How long does a Cat Take to Adjust to a New Home?
8.
The 5 Most Wrinkly Dog Breeds
Flat-Faced Cat Breeds
8 Gray Cat Breeds
Types of Belgian Shepherd Dog - All Breed Variations
How to Tell the Difference between a Beagle and a Basset Hound
Amazing Egyptian Cat Breeds
20 White Cat Breeds - Full List
Cat Breeds That Look Like Lions
8 Domestic Cat Breeds That Look Like Tigers 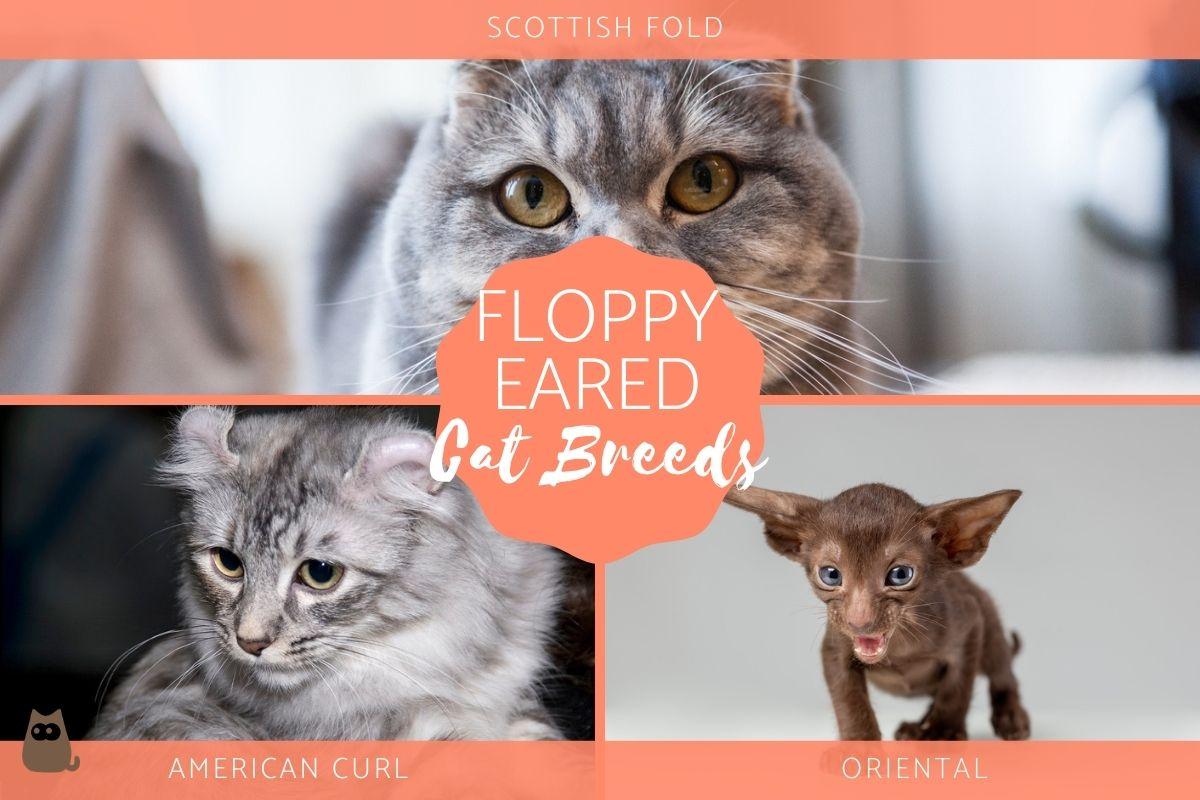 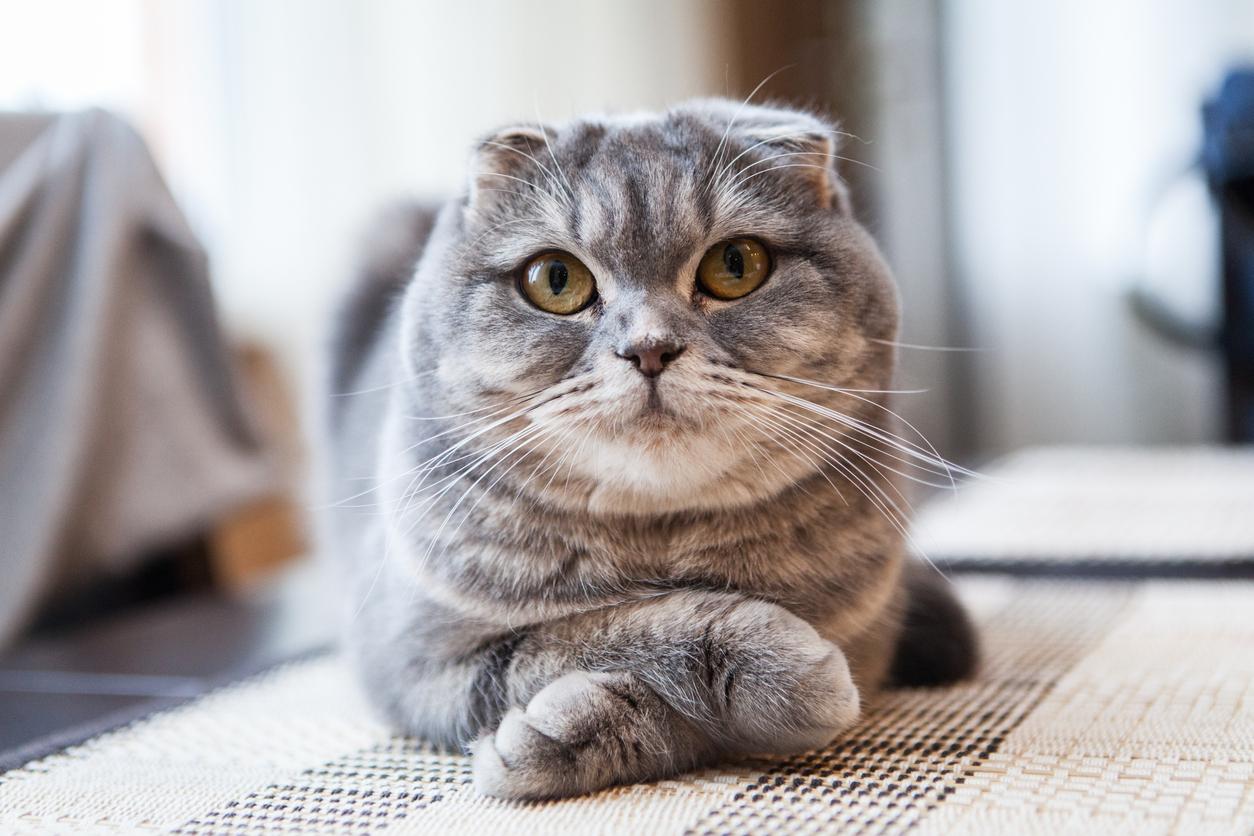 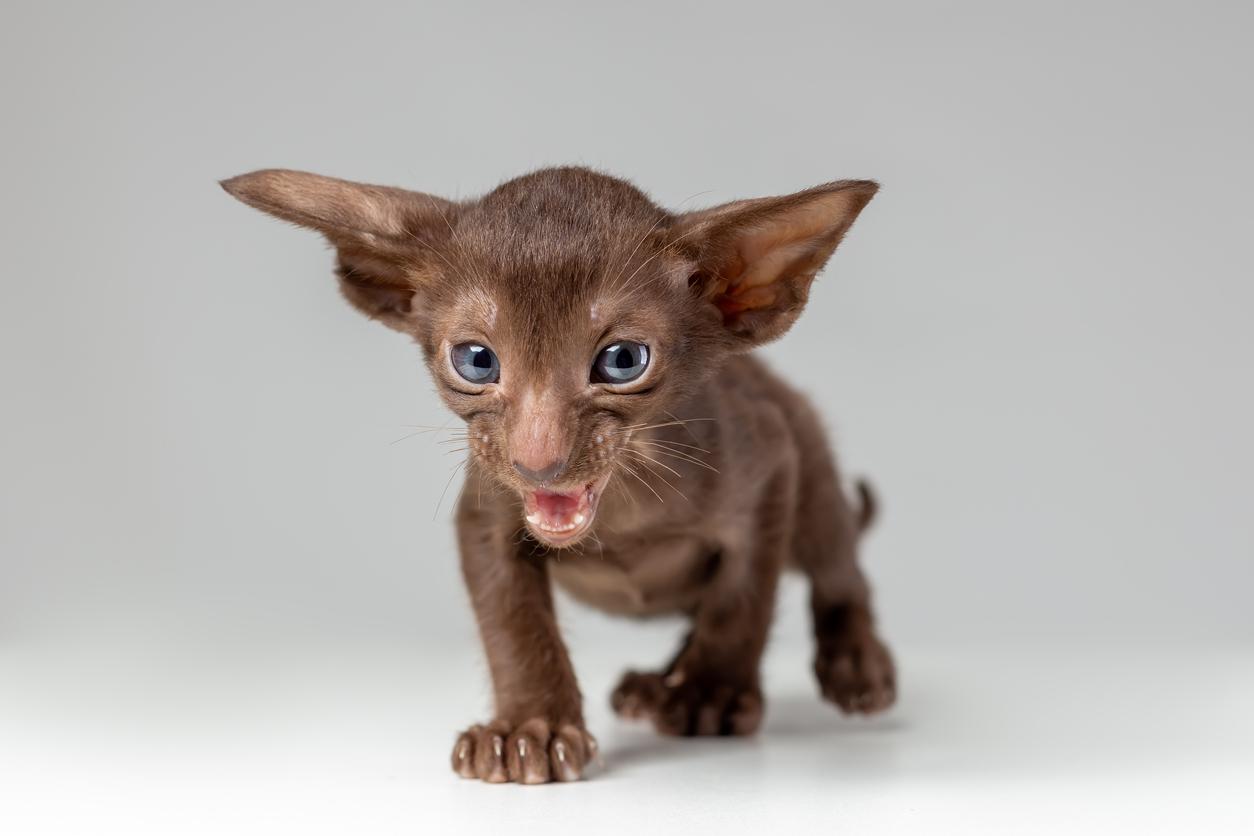 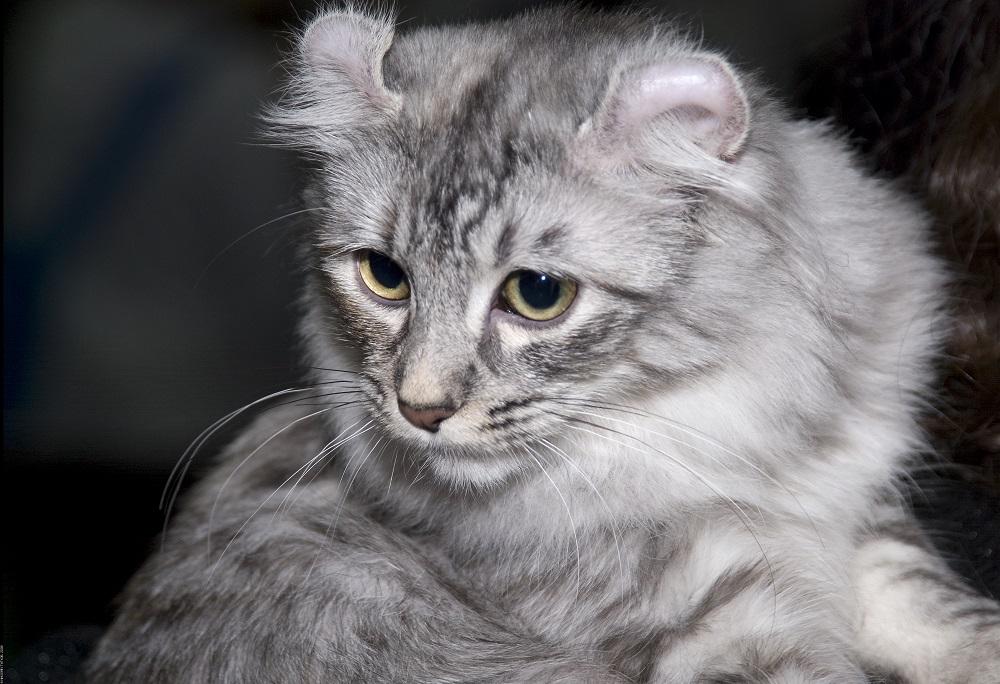 1 of 4
Floppy Eared Cat Breeds
Back to top