However, German Spitz dogs are also considered a type that includes different breeds according to other organizations. German Spitz dogs descended from the Northern European herding dogs of antiquity, and they evolved through selective breeding into the known varieties or breeds of German Spitz dogs. The Groß-, Mittel- and Kleinspitz are the oldest three, while the Zwergspitz and the Wolfspitz descend from the crossbreeding of German Spitz dogs with other breeds like the Volpino Italiano, the Alaskan Eskimo or the Japanese Spitz.

Do you want to learn more about the different breeds and varieties of German Spitz dogs? Stay with us at AnimalWised and read on!

The German Spitz: A Loyal Companion

Today's modern breeds from different areas of the world are replacing the native breeds from Germany, whose numbers are falling - the same that is happening with the vulnerable native breeds of the UK. All the German Spitz varieties are part of the European Spitz section in the FCI classification, which also includes the Volpino Italiano.

All German Spitz breeds and varieties make for excellent companions for the family and enjoy human companionship. They try to please their owners, following them around; on the other hand, they cannot stand being alone.

Other common characteristics that these Spitz breeds share include an optimistic nature, cheerful attitude, loyalty, courage, and curiosity. They roam freely and are independent minded. These dogs are extremely active and love regular exercise. With super quick reflexes, their agility and dexterity know no bounds. They are also excellent watchdogs, and even the smallest of them, the Kleinspitz and the Zwergspitz, can alert their family when faced with intruders.

The Großspitz is the biggest of the old, "authentic" German Spitz breeds, but it is slightly smaller than the Wolfspitz. Großspitz dogs can reach anywhere from 42 to 50 cm (16.5 to 20 in) tall, and males tend to be taller than females. Their weight varies from 15 to 20 kg (33 to 44 lb).

It is believed that the Giant German Spitz, much like the Standard and Toy varieties, descends from the herding dogs brought by the Vikings in the Middle Ages. Another theory about its origin is that the three breeds were developed due to interbreeding between Samoyed and Lapphund dogs from Finland and Sweden. In any case, they are an ancient and Nordic breed.

With thick coats, a friendly temperament, and high intelligence and energy levels, a Giant German Spitz will be a welcome addition to any active, outgoing family. This is an agile breed that can be an alert watchdog. More than its Standard and Toy varieties, the Giant German Spitz is an excellent guard dog with a self-respecting attitude.

The average lifespan of this German Spitz breed varies between 12 and 14 years. It is a healthy breed, but it may have mild genetic issues. Healthier than the Zwergspitz and Wolfspitz, the Großspitz is a sensitive dog, but a lively one. Its lush and thick double coat, which can range from white to black or brown, makes it look larger than it is; it requires specific care. Here you can learn more about types of dog fur and how to care for them.

This was a popular herding dog at one point in time. Nowadays, they are rarely used as working or guard dogs; instead, they are family pets. Mittelspitz dogs are emotional and sensitive, with a curious will. They need plenty of physical activity, and they can jump very high, so be warned - you will need a fence around their yard.

The average life expectancy of Standard German Spitz dogs is around 14 to 15 years. It is physically similar to the Giant German Spitz, with the typical fox or wolf-like head, a well-developed chest, a strong back and erect pointed ears. There are more differences between the two German Spitz varieties beyond size; Mittelspitz dogs have a lusher coat, which comes in more shades than the Giant variety's three. Mittelspitz dogs can be white, orange, red, fawn and black, among other possibilities.

The Kleinspitz, Toy or Miniature German Spitz is the smallest of the three "authentic" varieties of German Spitz, although it is larger than the Zwergspitz. This breed measures between 23 ti 29 cm (9 to 11.5 in) and weighs around 5 kg (11 lb).

This German Spitz breed or variety originated in 15th Century Germany. It is believed that it developed from more massive herding dogs from the north, but selective breeding made its diminutive size possible. The Kleinspitz is the ancestor of the popular Pomeranian. Although the Kleinspitz was very popular among high classes, nowadays it is rarely seen, even in Germany.

The small, fearless dog is notable for its feisty attitude - the Kleinspitz can be stubborn and independent. It is an excellent family companion, though excitable. An average Toy German Spitz reaches 14 years of age. It is a fluffy and toy-like dog, with a pointed muzzle, large eyes and a double coat that can vary in color, just like in the case of the Mittelspitz.

The Zwergspitz or Dwarf Spitz is the smallest and most recent breed within the German Spitz type; it is more commonly known as Pomeranian. The Zwergspitz or Pomeranian reaches about 22 cm tall (8.5 in) at the most, and it doesn't weigh more than 3 kg (6.5 lb).

The Pomeranian or Zwergspitz appeared in the 18th Century, and it was bred to become smaller and smaller. Queen Victoria of England in particular liked to breed tiny Pomeranian dogs; here you can learn more about British Royalty and their pets.

The Pomeranian is immensely popular because of its cute and lovely appearance. It has a life expectancy of around 15 years. Active yet small, these German Spitz dogs are sensitive to their surroundings. With a lush double coat, a compact body and a plumed squirrel-like tail, the Pomeranian is a seasonal shedder that requires regular grooming even if its coat is soft and easy to maintain.

The Wolfspitz or Keeshond is the largest of all German Spitz varieties. It is a compact dog that outweighs the Großspitz, as it weighs between 20 and 23 kg (44 to 50 lb). Male Keeshonden measure up to 53 cm (21 in), while females reach about 49 cm (19 in).

This breed originated in Germany around the 16th century, and it descends from the Giant German Spitz. It also has traces of evolutionary heritage from the Norwegian Elkhound, Finnish Spitz, and Samoyed according to some theorists.

This breed was named "Keeshond", a Dutch name, after a 18th Century Dutch patriot who rebelled against the House of Orange, Cornelis de Gyselaer - called Kees. This breed became the symbol of the rebellion. Another name for this breed is Dutch Barge Dog, because it was used by barge owners for security.

A boisterous, keen and loyal guard dog, the Wolfspitz is known for its herding abilities too. Its lifespan varies from 12 to 15 years. Their coat is gray and black, and it's very soft and abundant but relatively easy to groom.

All German Spitz breeds and varieties can be excellent companions in every living space, from a narrow apartment to a farm. Some of them, like the Wolfspitz and Großspitz, make for excellent and reliable guide or guard dogs. People looking for a lapdog may prefer the adorable Zwergspitz and Kleinspitz, who are also perfect family companions.

Friendly, lively and affectionate, the German Spitz is the right choice for a pet. Have you ever lived with a German Spitz? What was your experience like? Tell us all in the comments section!

If you want to read similar articles to German Spitz Dogs: Breeds and Varieties, we recommend you visit our Comparisons category.

1 comment
Pam
28/08/2018
I have had the privilege of having 9 Keeshonden over the course of my adult life. Best. Dogs. Ever.
German Spitz Dogs: Breeds and Varieties 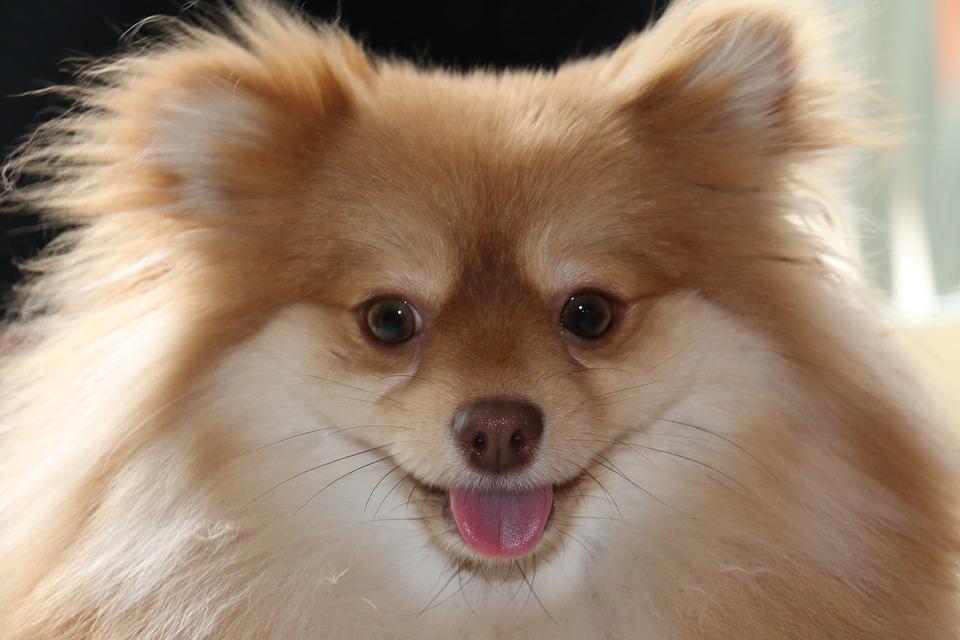 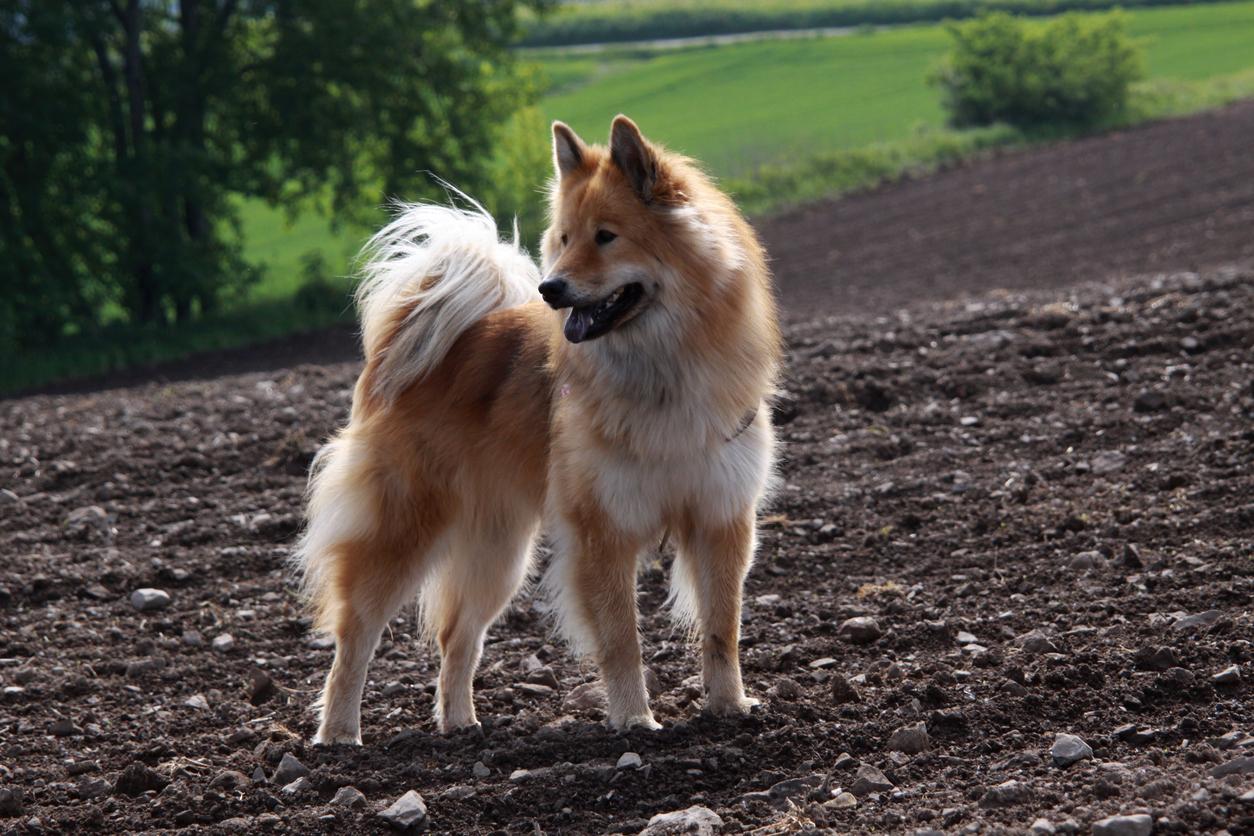 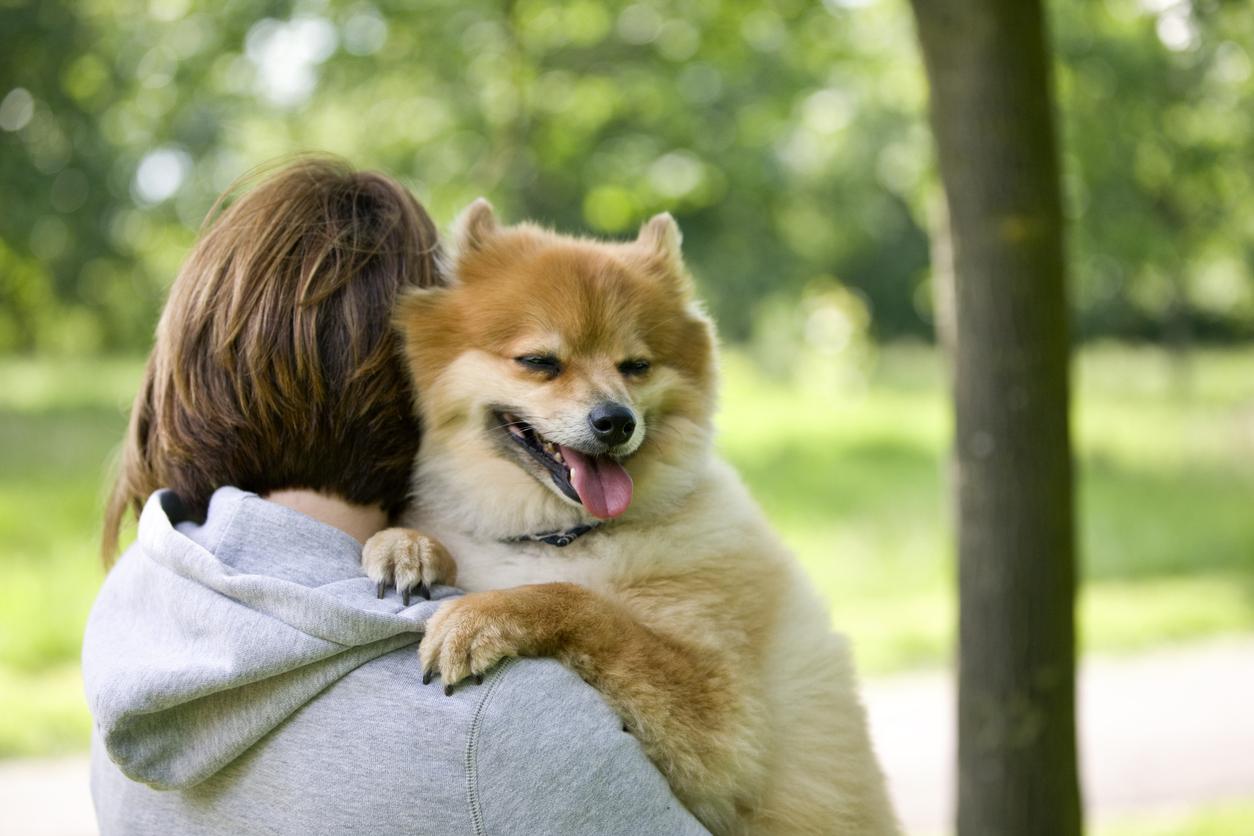 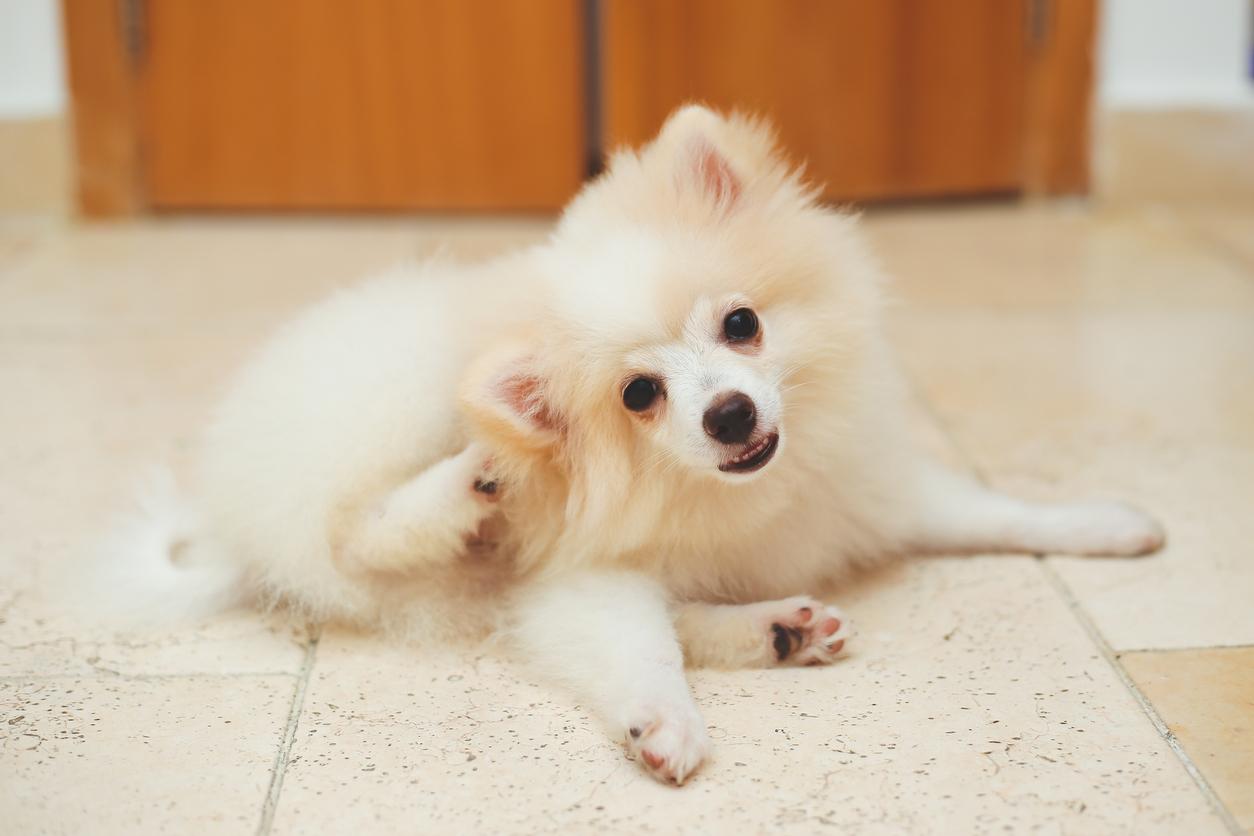 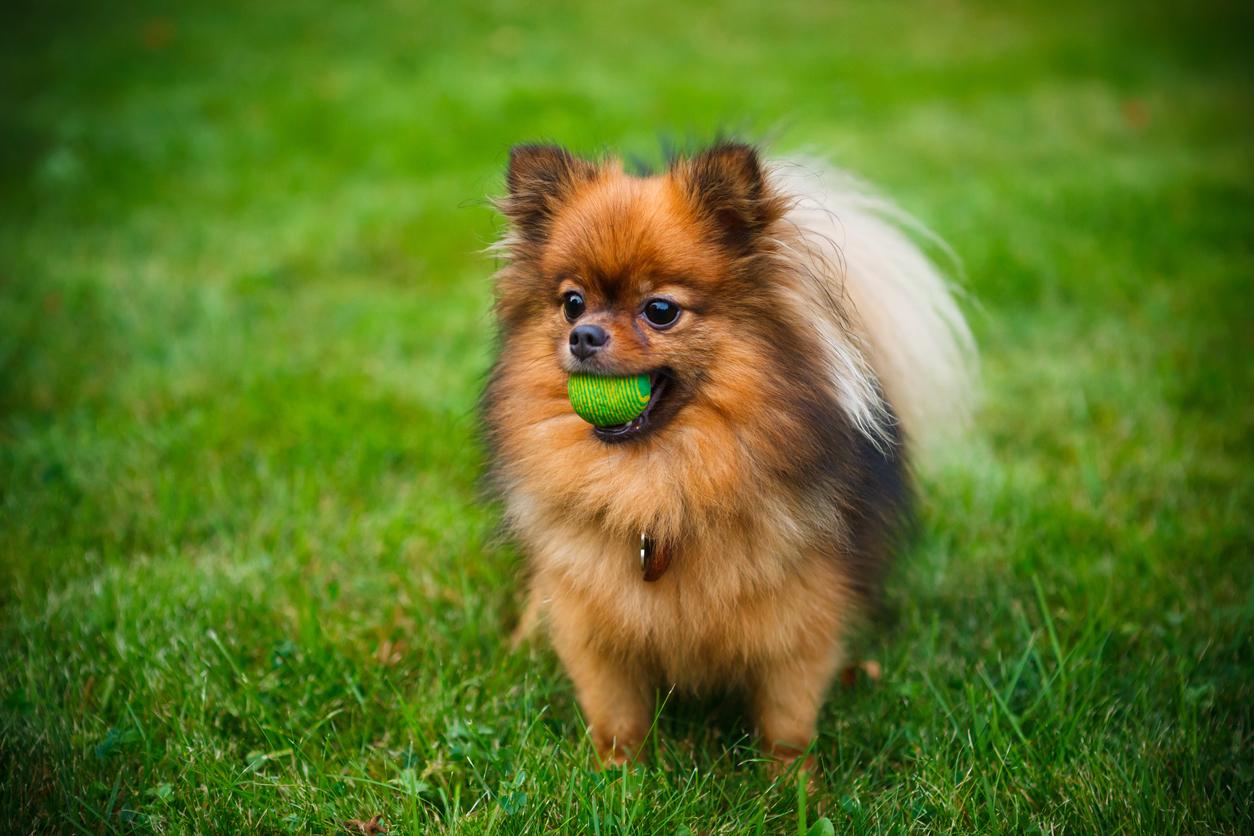 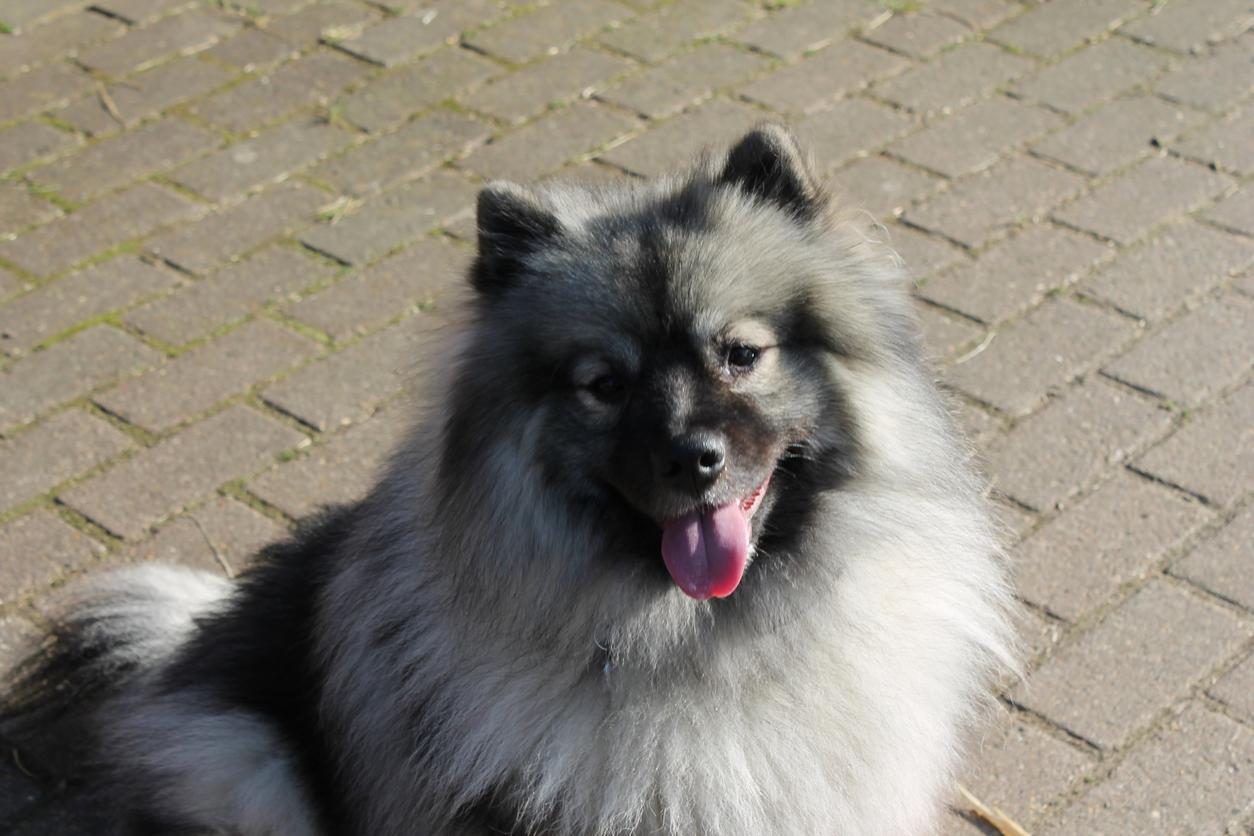 1 of 6
German Spitz Dogs: Breeds and Varieties
Back to top