What Are the Queen's Corgis Called? All About Elizabeth II's Dogs 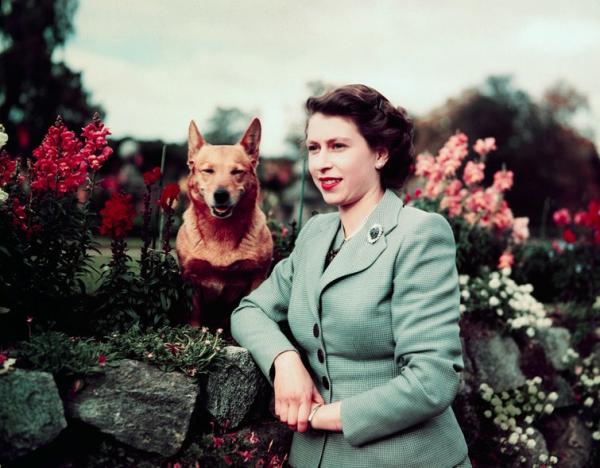 Pembroke Welsh Corgis are adorable at a royal degree; with their big ears and cylindrical, fluffy shape, it's no surprise that they are Queen Elizabeth II's favorite breed. However, do you know just how much she loves them?

The Queen has had about three dozens of dogs in her life, most of them Welsh Corgis. The royal Corgis are so linked to the British monarchy that they have appeared in coins, statues, books and even James Bond skits. The Queen was responsible for the boom in popularity of this adorable Welsh breed in the 50s, and she brought the Pembroke Welsh Corgi back to the spotlight in the 2012 Olympics, raising them out of the Vulnerable Native Breeds of the UK list.

Are you wondering what are the Queen's dogs called? Stay with us at AnimalWised and learn the names and history of Elizabeth II's Welsh Corgis, together with some fun facts about royals and their dogs.

You may also be interested in: Are There Venomous Spiders in the UK?
Contents

When did the Queen start breeding Corgis?

The Queen has had Corgis for more than 80 years. Elizabeth II's love of Welsh Corgis started when she was only seven; she was starstruck by the pets of an aristocratic family she visited. Noticing her adoration of the breed, her father - who became George VI - adopted Dookie in 1933. Dookie, bred by Thelma Gray, was the first of the Queen's Corgis, but he would by no means be the last.

Dookie the Welsh Corgi lived a dream life; he spent time at Balmoral, hand-fed by the young royals. His adventures were fictionalized in children's books, turning him into a sort of pet hero.

The Queen started breeding Pembroke Welsh Corgis in the 1940s, when she got her own, a female called Susan. All her following Corgis have descended from her; her current pets are the 14th generation since Susan. Let's take a look at her dynasty.

In the picture (from Good Housekeeping) you can see Elizabeth, Dookie and Jane in the 1930s.

What are the Queen's dogs called? Are they all Welsh Corgis?

Queen Elizabeth has also had Cocker Spaniels, like Bisto Oxo, Flash, Spick and Span. Among the Queen's dorgis we can find Cider and Berry, who died circa 2010, and Vulcan and Candy, who survive as of 2016. They are all descendants of Tiny and Pipkin.

The royal family has also had Sandringham Slipper (1966-1980), Sherry of Biteabout (1964-1978) and Sandringham Brae (1982-1992), described as "a gentleman amongst dogs", all of them black Labradors. Candy (d. 1958) was Prince Philip's yellow Labrador while Sandringham Fern (1979-1991), a Roan Cocker Spaniel who was a "tireless worker" of "mischievous character". Some of the Queen's other dogs are named after Harry Potter characters, including a Labrador called Gryffindor.

In the picture (from Good Housekeeping) you can see Elizabeth, George VI, Margaret and Susan the Corgi.

if you're looking for a name for your Corgi, take a look at these Welsh names for Corgis for more ideas!

How do the Queen's dogs live?

For decades, all of the Queen Mother and Queen Elizabeth's dogs has been treated quite excellently - some would say even pampered. Each royal Welsh Corgi slept in their own wicker basket above the ground to avoid catching colds.

Are you wondering what do the Queen's dogs eat? The diet of the royal dogs is supervised by expert veterinarians and chefs. They are given dog biscuits and meat, often steak, rabbit or chicken, and some extra treats here and there. For Christmas, the Queen's Corgis are given extra treats and toys.

Homeopathic products and herbal remedies are mixed in the Corgis' food to preserve their health, and their food is served in individual dishes and bowls made of porcelain and silver. The Queen often feeds her dogs herself, and she's trained them well to wait for their turn. There is a strong pecking order; the oldest dogs get their meals first.

The Pembroke Welsh Corgis, Dorgis and other breeds have been the Queen's constant companions; there is a Corgi Room in the Palace, and sometimes they're allowed to accompany her on trips. On one memorable occasion, Queen Elizabeth traveled with 13 of her dogs!

The royal dogs have been nursery pets, just as the Queen has brought them up as puppies. In fact, she has controlled the breeding lines, choosing the Welsh Corgi sires herself and becoming friends with the breeders.

Not everybody gets along with the Queen's Corgis. Her son has said that he doesn't like them very much, preferring bigger breeds like Labradors. The Corgis have gotten in massive fights, bitten postmen and Palace workers and even the Queen herself. Once, a footman got them drunk on gin - he wasn't given a promotion, precisely.

When they die, most of the Queen's dogs are buried in Sandringham, Norfolk. They get their own plaques, with a description and their dates. This pet cemetery was started by Queen Victoria in the late 19th Century.

Many royal families have kept dogs as pets, not only to hunt or work. Alexander the Great, the ancient emperor, had a dog called Peritas. Prince Rupert of the Rhine - nephew of Charles I, who was executed - fought alongside his poodle Boye in the English Civil War; his enemies were thoroughly scared of him, saying the poodle was the Devil in animal's form. Marie Antoinette, Queen of France, was devoted to her pug Mops, who even appears in the Sofia Coppola film.

Queen Victoria's most famous dog is Dash (1830-1840), her adored childhood friend who was a King Charles Spaniel. She also had five Collies named Noble and one named Sharp, two Skye Terriers named Dandie and Islay, greyhounds called Eos and Nero, a deerhound called Hector and Pomeranians named Marco and Turi - and these are only some of her dogs!

Edward VII had a very famous wire fox terrier called Caesar (1898-1914); the dog survived the king, and he attended the funeral ahead of different heads of state. This caused diplomatic complications - Kaiser Wilhelm II especially did not take it lightly. Fabergé, the famous jeweler, made a statue of Caesar the dog in rubies and gold.

The Queen has stopped breeding Corgis, as she does not want to leave any dog behind when she dies. However, the love for dogs survives in the new generations: The Dukes of Cambridge, William and Catherine, have a famous English Cocker Spaniel called Lupo.

We know we're missing some of the Queen's Welsh Corgis, along with some dates. If you know more about what are the Queen's dogs called, their names, history or more fun facts, please tell us in the comments section.

If you want to read similar articles to What Are the Queen's Corgis Called? All About Elizabeth II's Dogs, we recommend you visit our Facts about the animal kingdom category.

All About the Wolves in Game of Thrones
What Are the Names of the Game of Thrones Dragons? 🐉 (SPOILERS)
What Do Ladybugs Eat? - All About Ladybugs!
What do the Edicts of Ashoka Say about Animal Rights?
Related categories
Endangered animals
Most read
1.
What Animal am I According to my Zodiac Sign?
2.
What Does It Mean When a Cat Shows Up at My Door
3.
Are There Venomous Spiders in the UK?
4.
The 10 Most Solitary Animals in the World
5.
10 Smells that Attract Cats
6.
10 Most Beautiful Animals in the World
7.
Differences Between Deer, Elk, Moose and Reindeer
8.
Most Common Cat Eye Color and Their Meaning
How Are Ants Born?
How Does A Bee Become A Queen?
10 Fun Facts About Dogs You Didn't Know
What Colors Are Shiba Inu Dogs?
What are the Most Common Types of Seashells?
Differences Between Ligers and Tigons: All About Cat Hybrids
10 Facts About the Platypus
What Are the Best Breeds of Police Dogs?

3 comments
Rating:
Elizabeth Sambajon
06/06/2022
I find these Corgis amazing, truly wonderful. The Royal British Corgis tend to have a more distinctive snout than an American Corgi. Makes for a more attractive than cute pup.
My favorite breed are the miniature milk chocolate brown dachsunds. Her Dorgi is very unique.
Rating:
Cecilia
09/02/2022
absolutely wonderful to discover the royal's passion for dogs!
Katherine
01/07/2018
Hi. Really enjoyed the article. I'm trying to make an infographic of the lineage of the Queen's corgis. Did you ever find a full family tree? Specifically do you know who Heather and Linnet's mothers were? Thanks!

We do not have an exact family tree of the Corgis. However, it is believed that all of the Queen's Corgis descended from Susan. Is it helpful to trace Heather and Linnet to her?

What Are the Queen's Corgis Called? All About Elizabeth II's Dogs 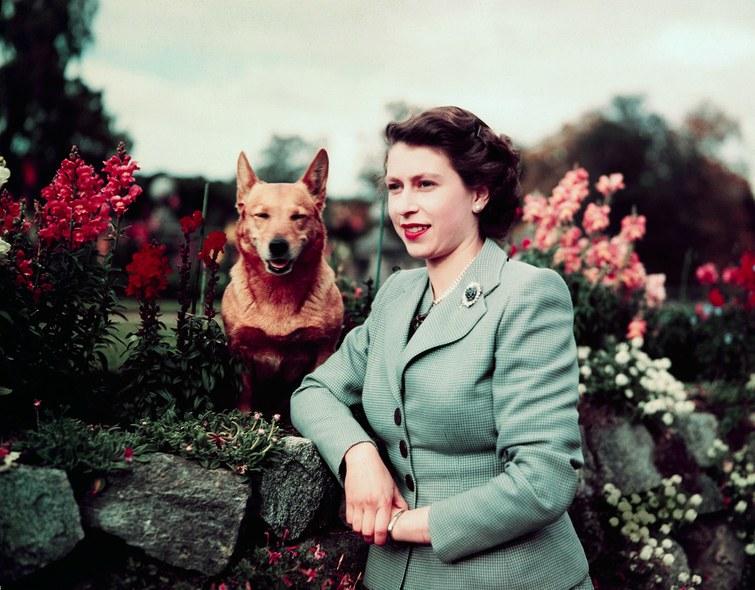 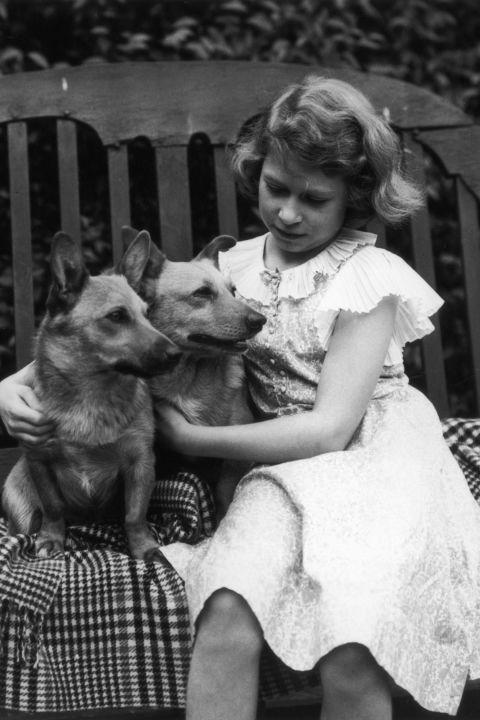 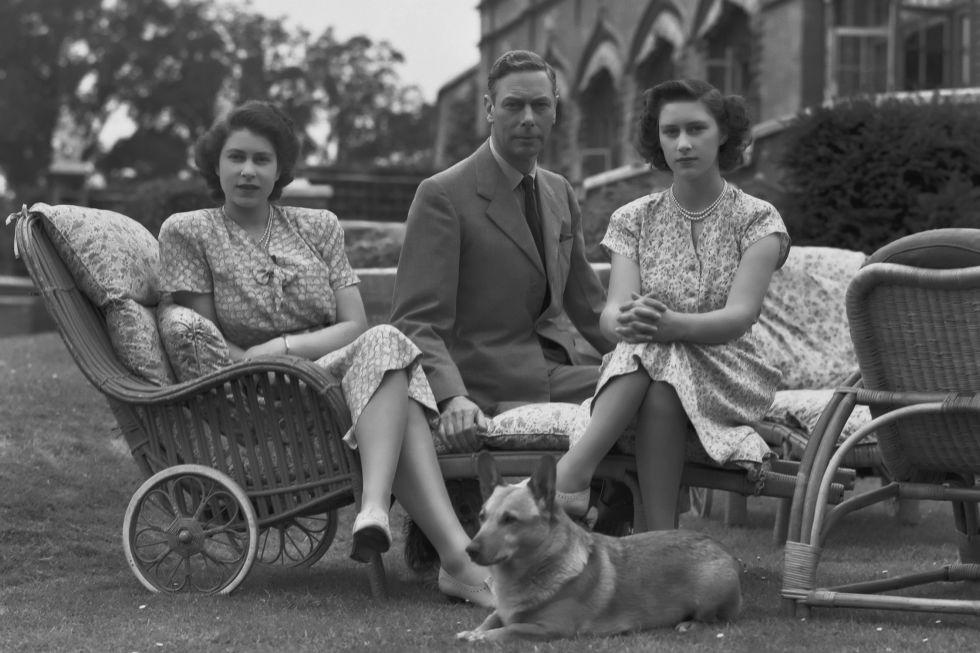 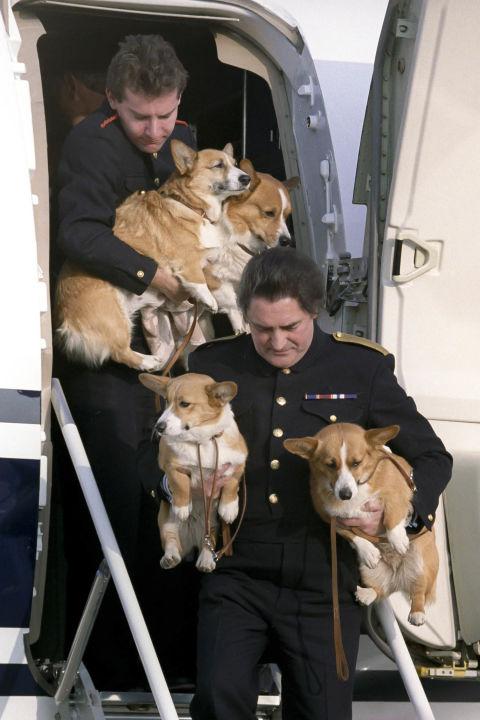 1 of 5
What Are the Queen's Corgis Called? All About Elizabeth II's Dogs
Back to top