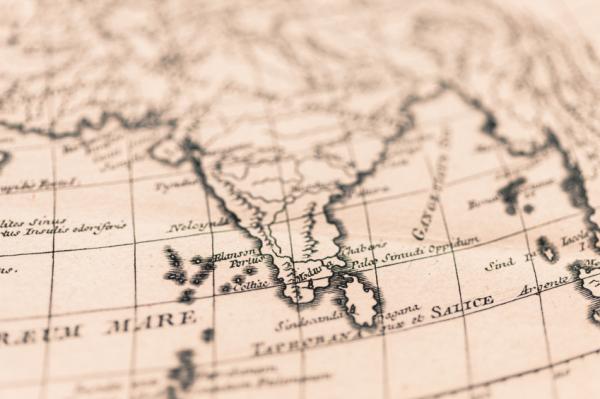 Among the most popular pets in India we find, of course, dogs. From the teeming streets of India's most populated cities to its greenest villages, you can notice the wide diversity of dog breeds and types that inhabit the country. After all, there are many different native dog breeds of India! Do you want to know which are the best India dog breeds? If so, you’ve come to the right place!

The most popular Indian dog breed is the Indian Pariah dog. Other lesser-known yet still popular Indian breeds of dogs include: the Pandikona, the Kaikadi, the Mahratta Greyhound, the Indian Spitz, the Vanjari Hound and the Sinhala Hound.

Would you like to learn all about the amazing Native dog breeds of India? If so, keep reading here at AnimalWised.

Other names for the Indian Pariah dog include Pye dog - pye is an Anglo-Indian word from the Hindi pah, outsider - INDog, Indian native dog and Bhotua kukur in Assam. The Indian Pariah dog can be found in India, but also in Bangladesh and some other regions of South Asia. Nowadays, forest-dwelling tribes and communities still breed this dog breed.

The Indian Pariah dog has been accorded recognition by Primitive and Aboriginal Dog Society (PADS). This naturally evolved breed has few health problems and its average lifespan is of around 15 years (under required care). The Indian Pariah dog is medium-sized; its coat is brown, ranging from dark to reddish shades. Often kept as village pet, the Indian Pariah dog can be quite territorial and protective of its family.

It is a sociable animal, that makes for a smart and alert guide or watch dog. The highly intelligent Indian Pariah is considered a relative of the Australian dingo, a primitive breed that has never been reared by humans and has evolved on its own. The Indian Pariah dog looks quite similar to the dingo, but also to the African Basenji and the Podenco Canario.

The Chippiparai is an Indian hunting dog breed - a sighthound - that was kept by royalty. Found in the area around the Periyar lake, the Chippiparai dog was used to hunt wild boars, deer, and hares. This Indian dog is also a wonderful guard dog. It is believed that this breed descended from the Saluki or Persian greyhound, another native Asian dog breed.

This native dog breed of India was first bred by royal families of the Madurai and Tirunelveli monarchies in Chippiparai, in the Tamil Nadu district of Madurai. Thus, the Chippiparai dog is a symbol of aristocracy.

It is a medium-sized dog with a very short coat ranging from black to silver gray, fawn and reddish brown. This makes the Chippiparai ideal for the hot and humid climate of India. Capable of great speed, this breed loves human company and hates isolation.

The Mudhol or Caravan Hound, also called Karwani, originates from the town of Mudhol in Karnataka, in the south of India. This native Indian breed is known for varying names across different regions, subcultures and groups. The Kennel Club of India recognizes this breed as the Caravan Hound, while the Indian National Kennel Club has categorized it as the Mudhol Hound.

The Mudhol or Caravan Hound is a working dog with stunning speed, agility, grace, and stamina, and suits an active lifestyle. It can track and hunt game across various terrains and work in rough conditions. It has a narrow body, a long head and a tapering muzzle; its coat color can vary, as it ranges from cream to black, including fawn, fallow, red and gray, and occasionally some white. There is a hairier variety with a feathered look called Pashmi.

The Caravan Hound was introduced in western India from Arabia and Central Asia. During the early 20th Century, a pair of this native dog breed were presented to King George V of England by the king of Mudhol State. The Indian army has used the Mudhol Hound for border guarding and surveillance. Here you can learn more about the best breeds of police dogs.

The Rajapalayam or Poligar Hound is an Indian sighthound that was used in hunting expeditions for tracking wild boars. This Indian native dog comes from the town of Rajapalyam in Tamil Nadu, one of the southern coastal states of India, where it was first bred by the Nayakar dynasty.

During the late 18th Century it was trained to fight battles against British cavalrymen. Nowadays, it is kept by the Indian army to guard the Kashmir border. Although the Rajapalayam is the most prized Indian hunting dog and an excellent watchdog, it is prone to deafness. It is a large and heavy-boned breed, notable for being milky white in color, having a characteristic pink nose and golden eyes.

Sadly, the Rajapalayam dog breed seems to be headed towards extinction. The Kennel Club of India has started the Save the Rajapalayam project to conserve this beautiful hound for future generations.

The Indian Spitz is a small-sized dog breed native to India. It has an appearance similar to that of a Pomeranian dog. This is one of the most popular dog breeds in urban India, where small apartments and limited housing space make rearing bigger breeds difficult.

This Indian breed is extremely bright and active. The Indian Spitz is smaller in size than most varieties and breeds of German Spitz. All Spitz dogs, including the Norwegian Elkhound and the Samoyed, belong to the same family. The Indian Spitz was introduced to India by the British, when they began to breed them from German Spitz dogs.

The Kanni dog breed from Tamil Nadu is quite a rare dog breed. Kanni dogs are known for being loyal to their owners. They are staunch defenders of their family and turf. The Kanni is a sighthound, like the Chippiparai. Many believe that this indian dog breed descended from the Saluki.

This native breed from India was created to hunt deer and is known for its agility and lightness on its feet. Silent while moving, the Kanni dog is perfect for marking game because it moves almost silently. This Indian breed is also easy to train and extremely independent.

The Kanni is alike in appearance to the smooth-coated Doberman Pinscher. Its coat varies from black to tan, with some white markings on the feet as well as the chest. The cream colored variant of this breed is referred to as the Paalakanni.

The Gaddi Kutta or Mahidant Mastiff is a mountain dog, which emerged from the Himalayan states of north India: Kashmir, Uttarakhand, and Himachal Pradesh. It is also known as the Indian Panther Hound, as it is a strong, bold and a courageous defender of its home.

Used by local shepherds to protect their herds from marauding predators, this Indian shepherd dog mastiff breed was first bred by the Gaddi tribe. Renowned as fiercely protective of their turf, they sometimes even face predators such as snow leopards. The multi-faceted Gaddi Kutta dog is perfect for herding sheep and goats.

The Combai or Kombai breed is native to South India. This Indian native dog breed has more powerful jaw strength than even the prized Rajapalayam, and is used for as a hunting and guard dog.

Combais are an ancient breed which date back to the 9th century, when they were used to hunt boar, bison and deer. This dog has a tanned coat with a black muzzle and a dark line across its back; its jaws are known for their wideness and strength. The Kombai is a bit shorter than the Rajapalayam dog breed, but it is heavier in appearance because it is powerfully build.

Sadly, the Kombai is a highly endangered breed that you can only find in special kennels and select regions.

The Bakharwal dog is a Indian breed native to North India. This ancient breed originated in the Himalayan region of Jammu and Kashmir in India, where it was bred by the Bakarwal and the Gujjar, two nomadic tribes to herd livestock and protect them. It descends from a cross between the Tibetan Mastiff and the Indian Pariah dog.

Bakharwal dogs are ideal for working and herding purposes. Despite their massive utility, this breed is now on the verge of extinction in India.

The Rampur Greyhound is one of India's best-known dog breeds. This India breed is native to the Rampur region of North India, situated between Bareilly and Delhi. This is one of the largest native dog breeds of India, with a strong and powerful build.

Initially, this Indian breed was used to fend off jackals in ancient settlements. Rampur Greyhounds can run fast and hunt big game, including large cats, like: lions, tigers, panthers and leopards. These Indian hounds are extremely graceful and agile and they have the stamina to traverse long distances.

The Rampur Greyhound has a broader and more substantial head than the English Greyhound - and thus a stronger bite. Coat colors vary from mouse gray to black, multicolored, grizzle or brindle. Eye color ranges from golden yellow to yellowish brown. This breed loves human company and displays strong protective instincts for its master.

The Kumaon or Indian Mastiff, also known as the Bulli, is a breed of working dog from the Uttarakhand region of Kumaon (hence its name). The Indian or Kumaon mastiff is a large sized breed that was created to protect livestock.

It has a powerful head and a strong neck, as well as a short brindle coat ranging from dark to light shades with white markings. The Kumaon Mastiff is extremely rare - it is believed that there are only 200 of such molosser dogs living in its native hills.

The Pandikona is a hunting and guard dog native to the southeastern coastal state of Andhra Pradesh. These Indian dogs are loyal and affectionate family companions. They also adapt well to all sorts of climates.

There is no standard breed for the Pandikona. This mean that this type of Indian dog can come in many different sizes and coloring. It is a healthy dog breed, but it is extremely difficult to come across.

The Vanjari or Banjara Hound is a type of Indian greyhound that has been used as a hunting and shepherd dog. This brave and agile hound is known for its distinctive nose and great stamina. Its name comes from the Vanjari, a nomadic Marathi tribe that bred them as sighthound dog breeds.

The Bully Kutta is not to be confused with the Bulli or Indian Mastiff. This indian breed of dog is a protective, loyal and natural guard dog from the part of Punjab, Pakistan. Its name derives from the Indian word for "heavily wrinkled", bolhi.

The Bully Kutta breed was bred to achieve a stable and sociable nature, but it was used as a fighting dog breed for many years. Dogfighting is, thankfully, now banned in Pakistan. For more, we recommend reading our article on: What is ‘Sparring’ in dog fighting?

Now that you’ve read ourlist on types of Indian dogs, share with us which one is your favorite! And don't forget to take a look at the following articles:

If you want to read similar articles to Indian Breeds Of Dog List, we recommend you visit our Comparisons category.

1 comment
Abid razza
02/05/2018
From where i can get native breeds? I really want to work for there conservation but i have no idea where can i get those those native breeds.kindly help.

Administrador AnimalWised
03/05/2018
Hi Abid
You can sometimes find these native breeds in local kennels. We here at AnimalWised always suggest adopting as many of these dogs don’t have homes. Take a look at kennels near you- they may be able to help.
AnimalWised
Indian Breeds Of Dog List 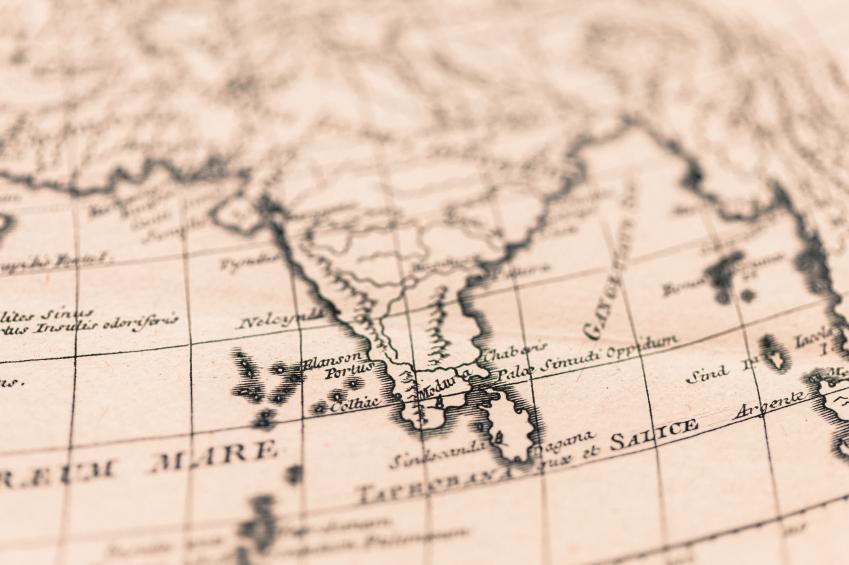 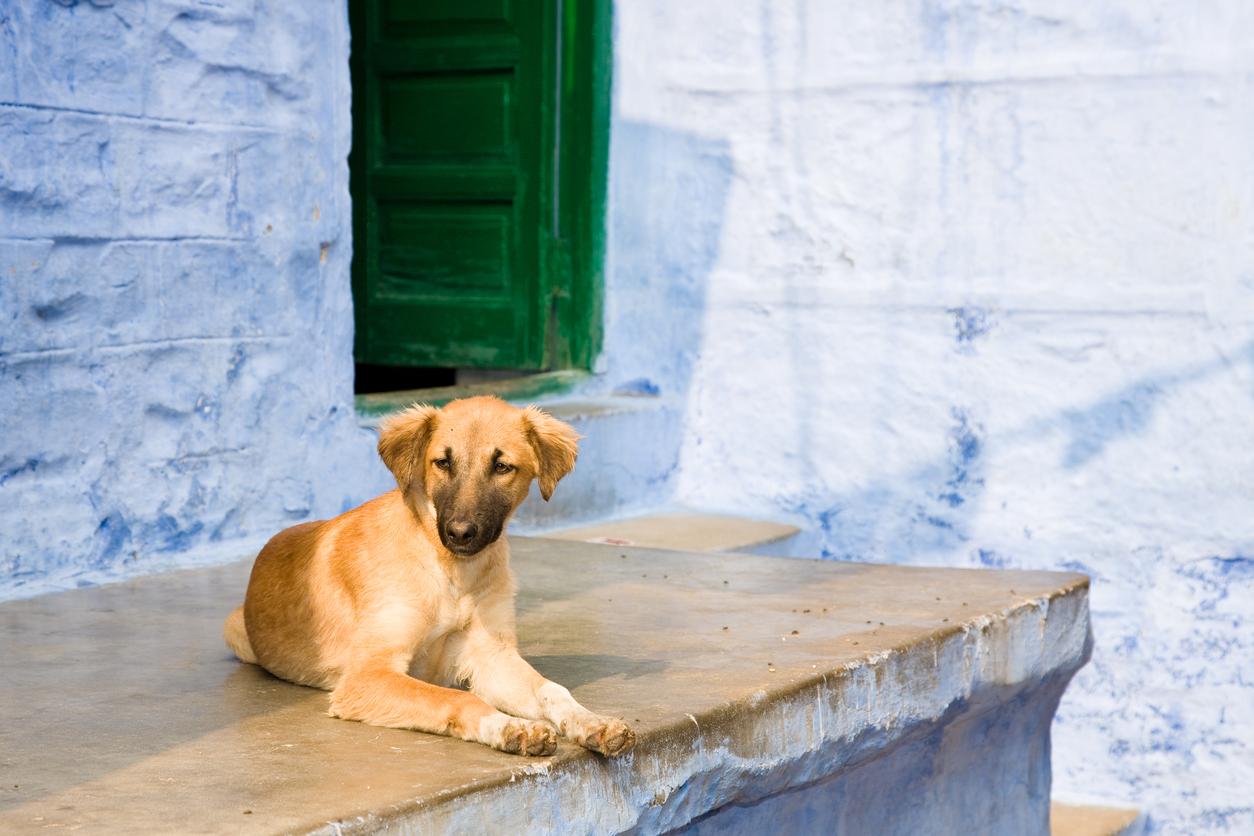 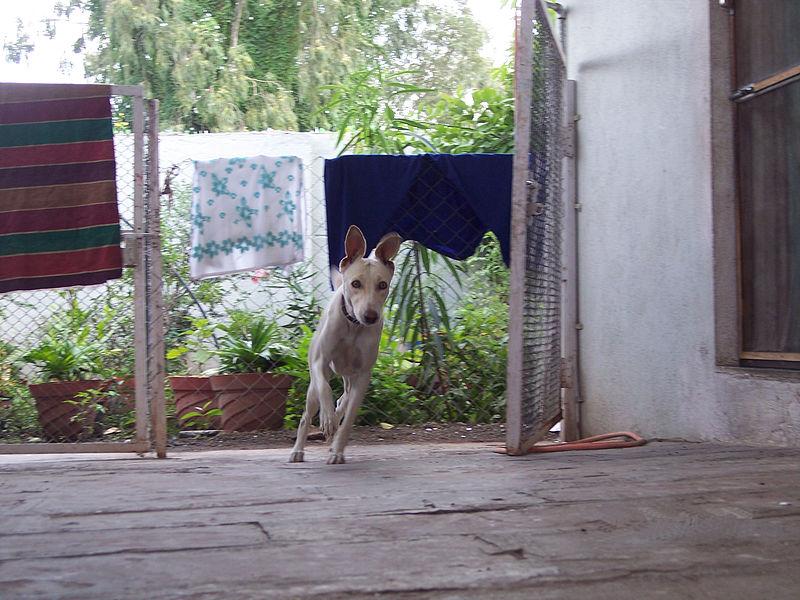 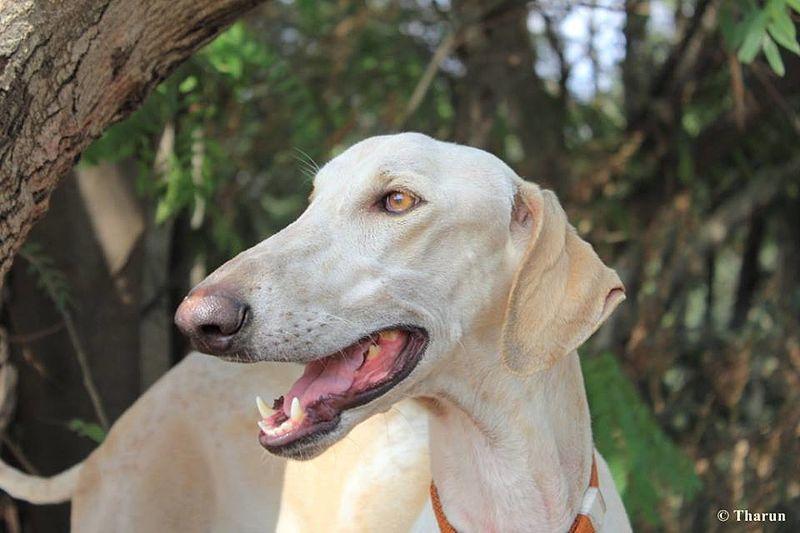 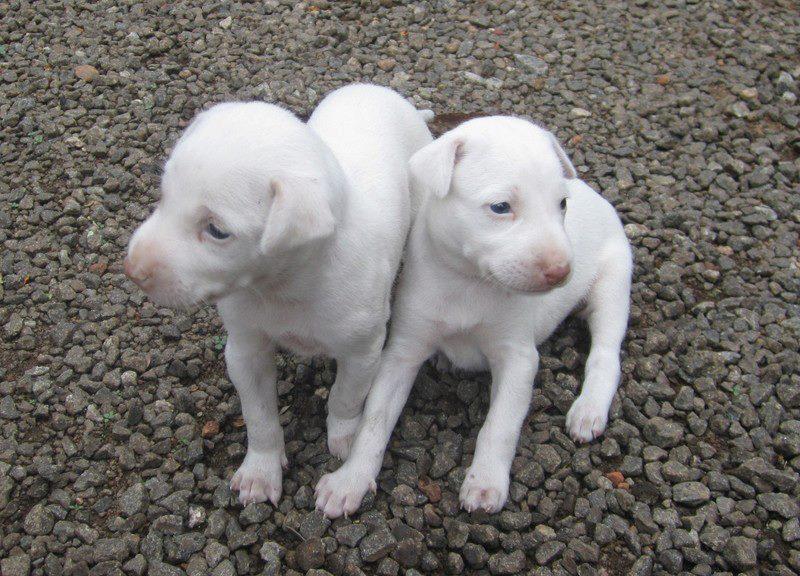 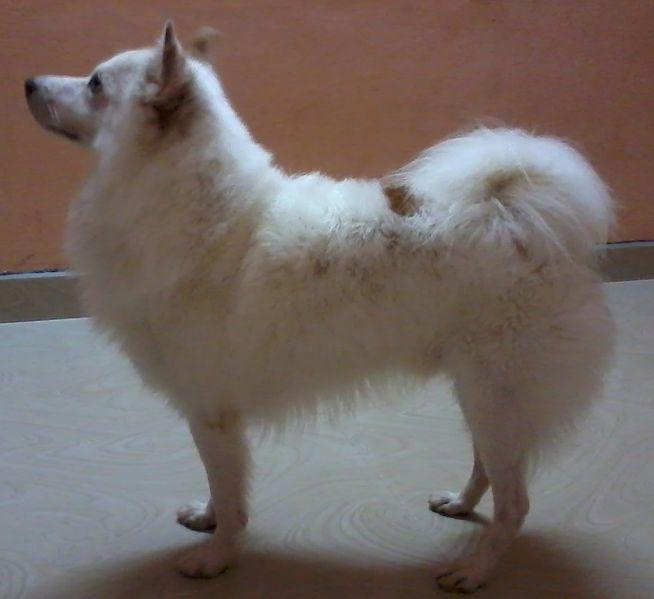 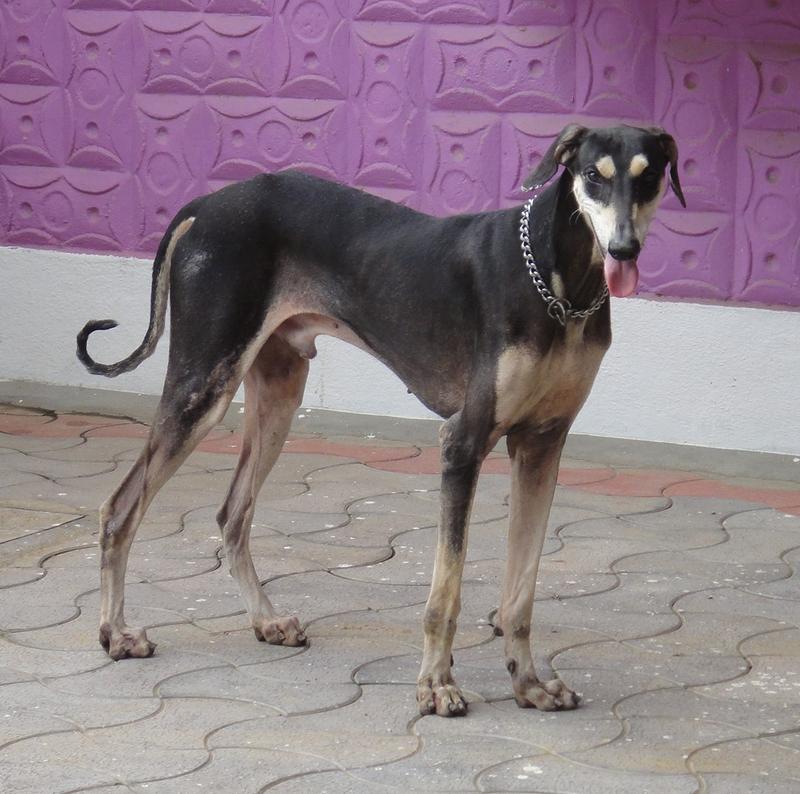 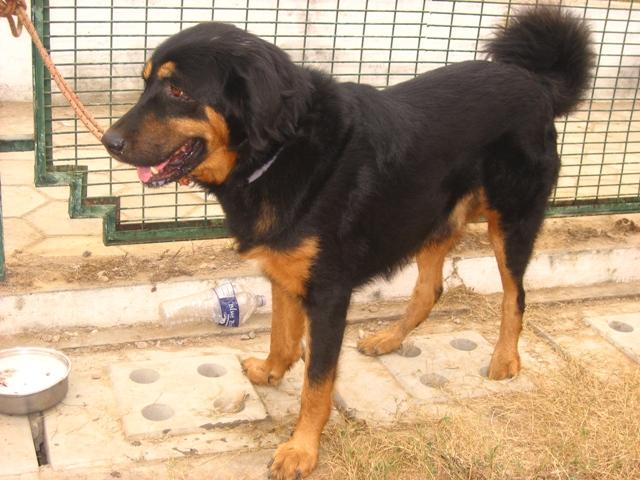 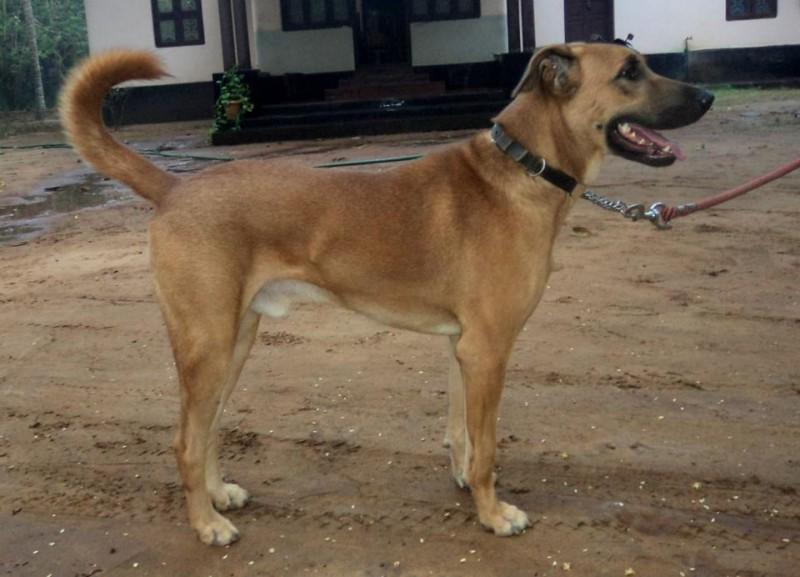 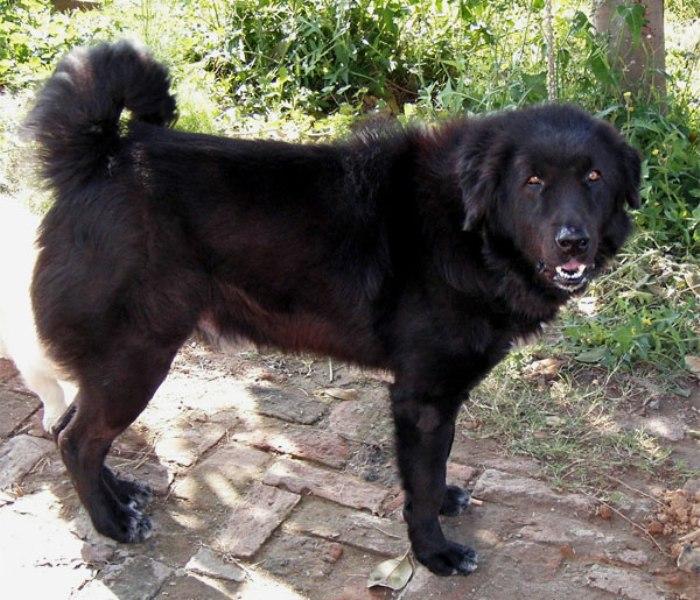 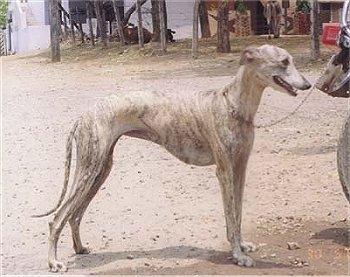 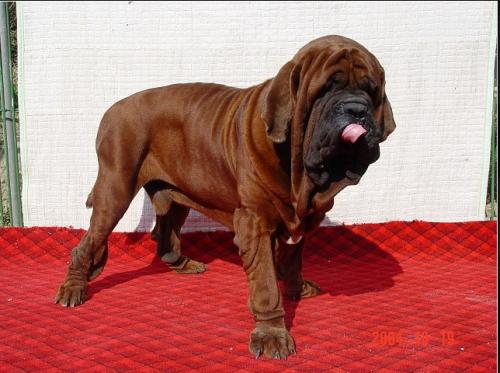 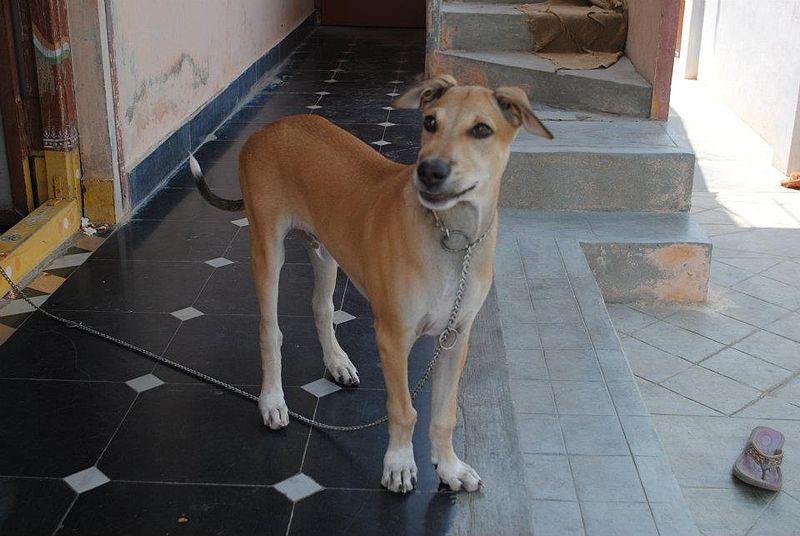 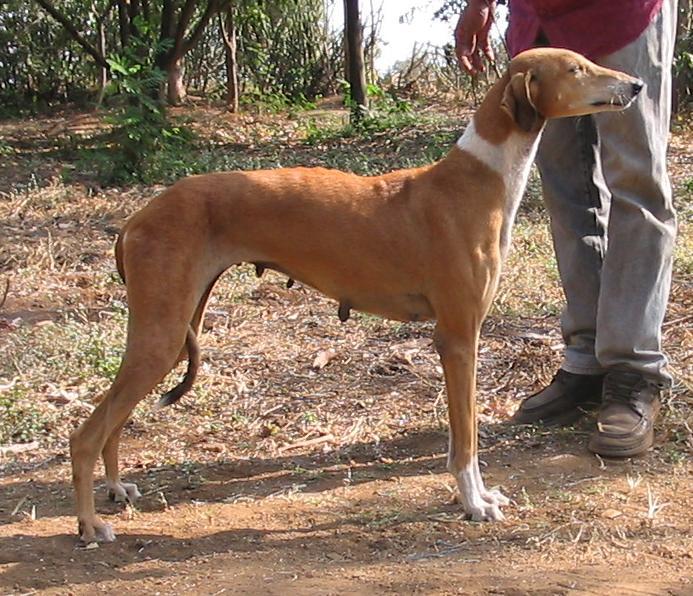 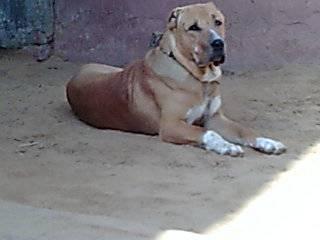 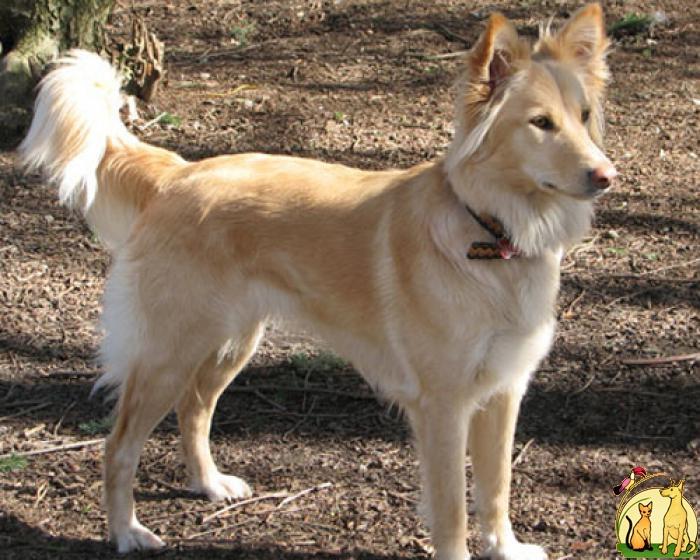 Image: BreedInfo.ru
1 of 16
Indian Breeds Of Dog List
Back to top