Gouldian finches, also known as rainbow finches or simply Gould, are one of the most spectacular of the already beautiful group of birds we know as finches. They have been kept as pets for various reasons, one of the most obvious being their colorful plumage. Thanks to crossbreeding in captivity, their feathers can bear various color patterns. However, caring for Gouldian finches means we need to think of them as more than something pretty to look at. We need to see them as living beings with an emotional as well as physical well-being to enhance.

At AnimalWised, we consider Gouldian finches as pets by providing a complete care guide to ensure their health and happiness. However, we also look into some other aspects of Gouldian finch care and ask if they should be kept as pets in the first place.

You may also be interested in: Caring for Snails as Pets Guide
Contents

Can you keep Gouldian finches as pets?

Many bird species lend themselves well to being companion animals. There are various reasons for this, but it is important that a bird is able to live in a reduced environment without causing harm to themselves or anyone else in the home.

Some birds not only fare well in captivity, but are able to create strong bonds with their human guardians. This is the case for many different types of parrots such as Macaws or African grey parrots. However, the same cannot be said for Gouldian finches. The rainbow finch is a very timid type of bird which does not usually bond well with humans. They are sociable with other finches, even some from different species, but those expecting to interact with their pet bird will likely be disappointed.

It is possible to keep Gouldian birds as pets and allow them to thrive. Whether you will be able to do so will depend on other practical factors. Native to Australia, the Gouldian finch has been popular for a long time. Bird trappers at one point had trapped more of this species than any other bird. They were particularly sought after thanks to their unique plumage. However, this led to serious issues with wild populations, eventuating a ban on exporting Gouldian finches from Australia.

While many birds had been exported in the past, populations outside of their homeland may not always be stable. Finding a Gouldian finch breeder in your area may be difficult, although it is possible in certain countries such as the USA. You will also need to know whether keeping Gouldian finches is permitted where you live.

So, while you can keep Gouldian finches as pets, this will be dependent on availability. Due to a relative lack of breeders, this birds can also be quite expensive to purchase. Since Gouldian finches needs to live with other birds, this can be prohibitive to some guardians. Furthermore, you will have to decide whether keeping a bird to look at will be a sufficient pet for your lifestyle.

Finches are often kept as pets. Due to their small size, they can often thrive in relatively small environments. However, as part of the group Estrildinae, Gouldian finches are not actually true finches (the latter referring to those in the family Fringillidae). Despite this, they have certain similarities.

Gouldian finches are small birds, measuring between 12.5 and 14 cm in length (c. 5 - 5.5"). When they are young, even before they have a colorful plumage, they have distinct tubercles in their gape (i.e. the inside of their mouths). These lessen as the bird ages, although you can see them at the side of some adult Gouldian finch beaks. They are brightly colored and reflect light very well, likely to exist to assist the adult birds in feeding their young.

The feathers of a Gouldian finch are beautiful, although they do not develop their intense colors until adulthood. Young birds tend to have grayish green feathers, the green color intensifying as they develop. Most have a mixture of black, yellow, green and red markings, but traditionally they are known for having a purple breast. The male breast is more intense, while the females have a lighter mauve coloration.

As we stated above, breeding has caused these birds to develop mutations of their plumage. This can also happen in the wild and, fascinatingly, Gouldian finches are known to take part in a very particular selective breeding. They are actually able to control the sex of their offspring by choosing a mate with a certain plumage coloration.

As we stated before, Gouldian finches are not the most sociable birds when it comes to humans. However, they thrive when with other birds. This is an important part of their care, which we discuss further below. They are songbirds, but their song is relatively quiet, not persistent and will only wake the lightest of sleepers.

Gouldian finches are very social creatures and prefer to be in the company of another of their own kind. It is important to have at least a pair at home. Keeping one Gouldian finch at a time is verging on cruel. They require other members of their species to meet their social needs. You will also be unable to

While some birds such as the budgerigar can be trained. The Gouldian finch's timidity means it is not a good candidate for such education. Ideally you should keep two birds of the same sex together, although you will need to observe how they get alone since it is possible they will fight. It is also possible you can keep Gouldian finches with other bird species. For example, zebra finches have been known to coexist well with them. Canaries, however, are generally not suitable.

Ideally, you should buy as large a birdcage as possible. This will allow them to fly around and exercise. The minimum size of a Gouldian finch's cage is 1 m squared (c. 3.5'). Ideally it should be more horizontal than vertical since these birds will prefer to fly from side to side.

You will need to put some boxes in their aviary and fill them with hay or cotton. Softwood perches are also important to let them land in different parts of their space and give variety to their lives. The natural wood is important as it is also used to help wear down their beaks without breaking them. Cuttlefish bones will also be helpful for this purpose.

Hygiene is essential for the well-being of the birds. Keeping their accessories clean is key to avoiding infections, parasites and other threats to their health. For this reason, do not places water baths or feeders below perches, otherwise they may be contaminated by their feces.

There are three different subspecies of Gouldian finches in the wild and they are differentiated by the colors of their heads. One is black, another red and the other orange. They can be found in the prairies of Australia where they do not vary as much as those in captivity.

Since the Gouldian finch is Australian, we need to be mindful of the affect this has on the artificial environment we create for them. The Australian climate of their origin is warm and tropical, meaning they are accustomed to high temperatures. In general they need temperate climates with plenty of humidity. They prefer to live where there is abundant vegetation growth and water.

Before considering keeping a Gouldian finch, you will need to analyze your home environment. An ideal temperature for Gouldian finches is 21 ºC (70 ºF) during the day and 18 ºC (64 ºF) at night. Humidity should be between 55% and 75%. Although the Gouldian finch can withstand temperatures nearing zero, it is recommended that the temperature does not drop below 10 ºC (50 ºF) in winter. During breeding season, Goudlian finches greatly appreciate natural light and love to be out in the sun for 10 to 14 hours at a time.

Before discussing what type of food we should provide for a Gouldian finch, it is imperative guardians appreciate how much water they require. Constant access to fresh clean water is vital to their health. They also love to bathe, so a shallow water bath which also gets replenished is important. You will not need to bathe your Gouldian finch, but you need to provide them the ability to clean themselves.

In the wild, these birds get used to eating various kinds of plant-life along with their normal seed-based diet (they are seed predators). In captivity, their main diet will be a bird feed made up typically of millet and birdseed. You can compliment their diet with fruits and vegetables. These may include romaine lettuce, cooked sweet potatoes, carrot, corn, apples or oranges. They can eat spinach, but too much can be dangerous due to its oxalic acid content.

You may read that finches like insects. However, there is little evidence that they are suitable for Gouldian finches. For this reason, you should avoid them in their diet.

One of the most important aspects of caring for a Gouldian finch is physical treatment. Although they are careful birds, they are not as robust as some others breeds. These include similar sized finch species. While some birds will happily walk on to your hand and sit there, this is not always the case for Gouldian finch. They tend to become very nervous if you try to pick them up. For this reason, holding Gouldian finches is usually reserved for emergencies.

Do not forget that if you decide to adopt a couple made up of a male and a female, they can start breeding. You must be responsible and understand this can happen. If you don't have the space and resources for breeding Gouldian finches, only keep same sex birds together.

While the Gouldian finch is generally shy, it is possible they will stop and rest on your head, arm or other body parts once they get used to you. Be sure to avoid swift movements and do not do anything to scare them. Allow the birds to rest and keep a treat nearby for positive reinforcement. In general, stay calm and let them move around you. This is the best way to let them get used to your presence. trai

If you want to read similar articles to Gouldian Finches as Pets - Complete Care Guide, we recommend you visit our Basic care category. 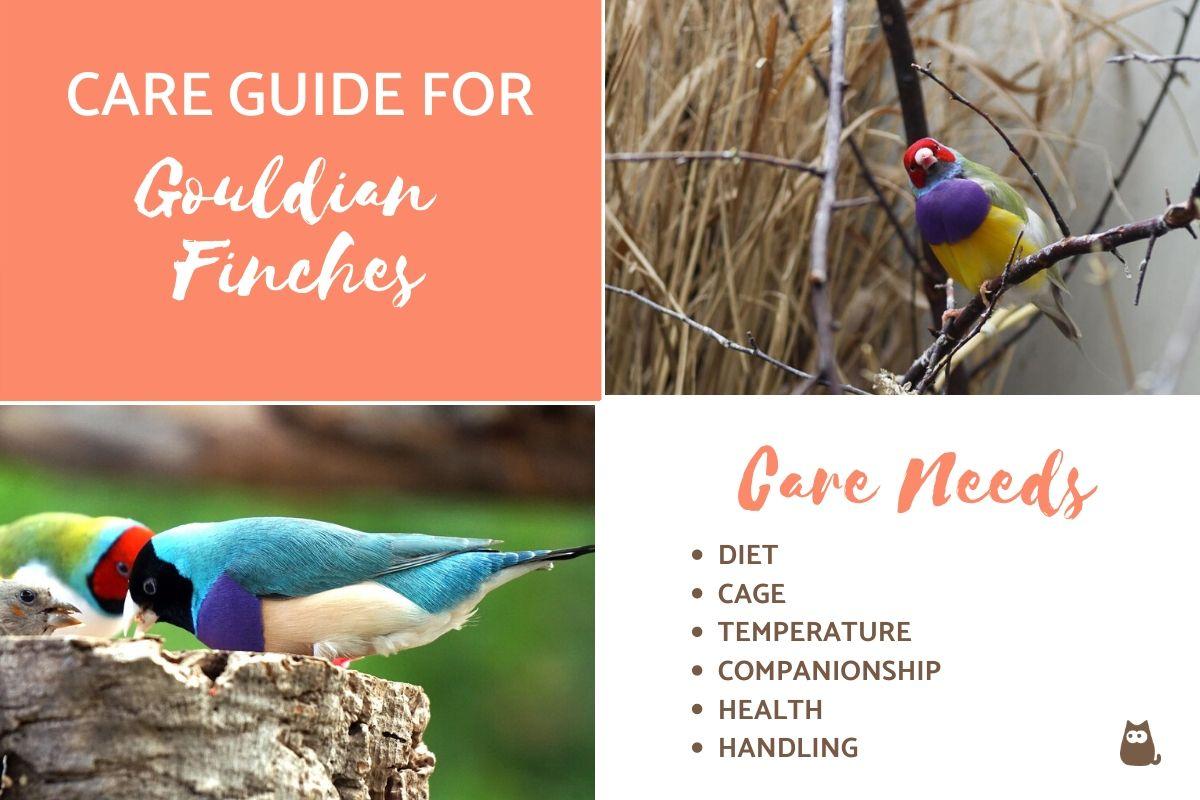 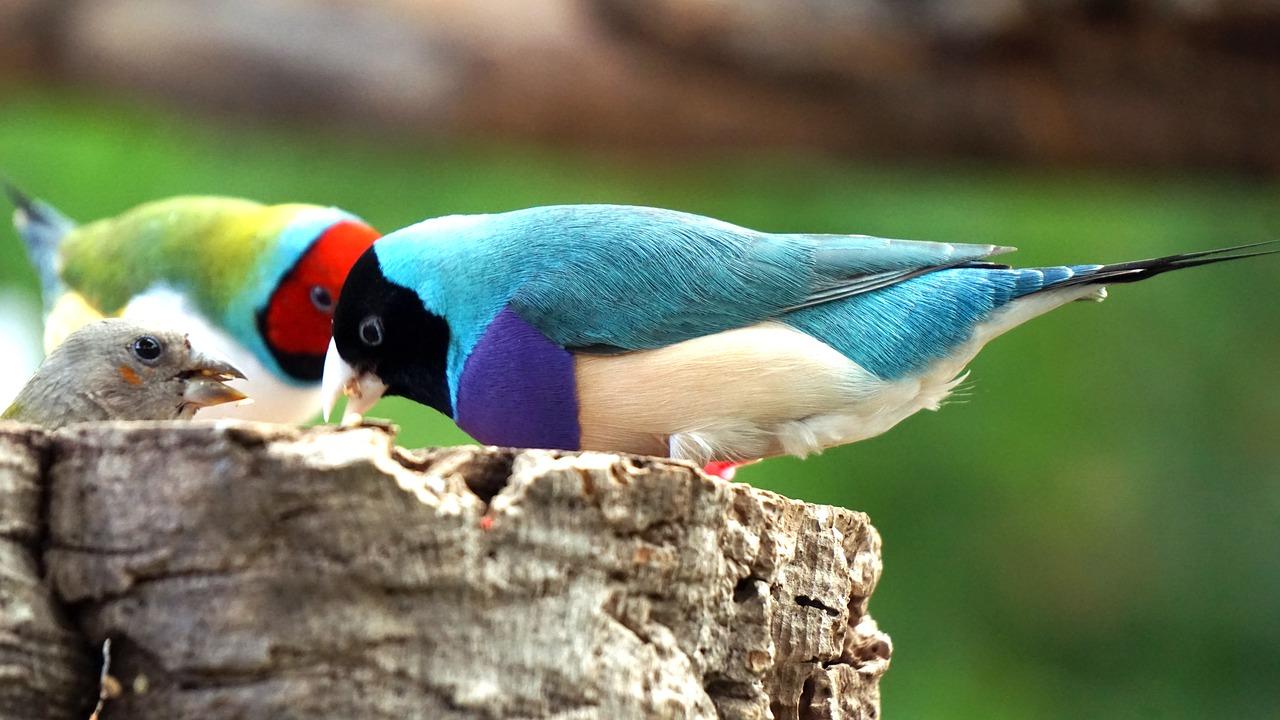 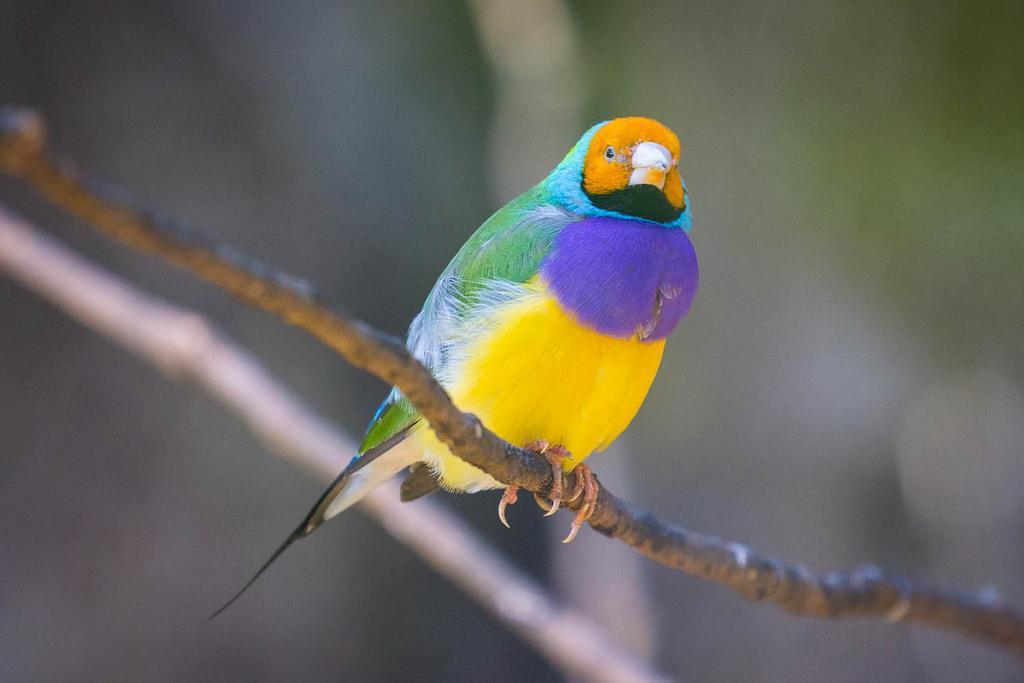 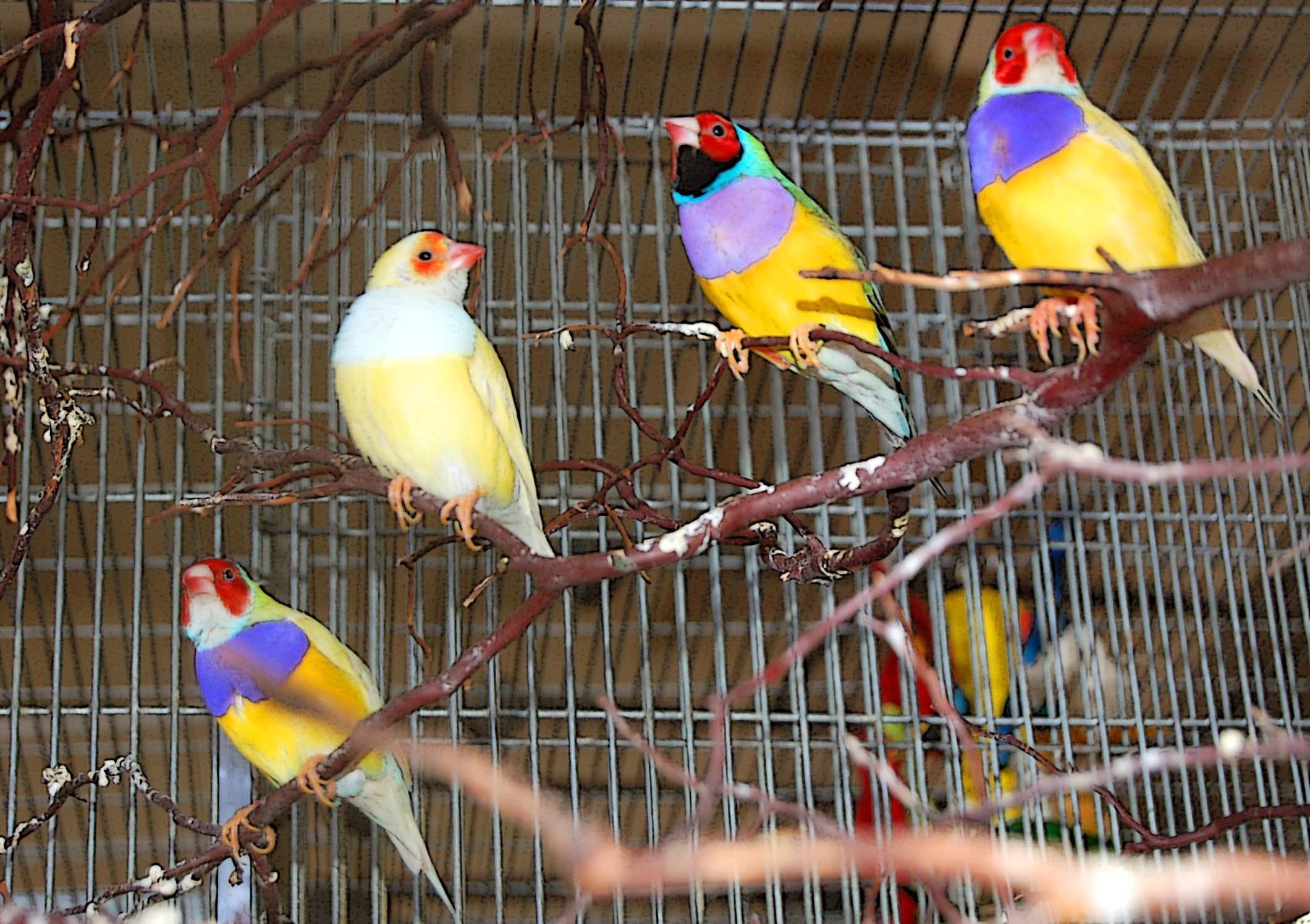