How Intelligent Are Pigs?

Between the years 2000 and 2010 the possession of pigs as pets has been popularized in western nations. After years of coexistence, we have witnessed a multitude of cases in which these pets have saved their owners. Others have learned behaviors that, until recently, were not considered proper or even possible to this group of animals.

All of this information has made us question a pig's degree of intelligence,as well as its emotional abilities. Recent studies have contributed more data on the subject of pig intelligence. Therefore, here at AnimalWised, we wanted to answer the inclining popular question: how intelligent are pigs? Keep reading to find out more.

You may also be interested in: Do Animals Think? - Animal Intelligence
Contents

Why are pigs suddenly intelligent?

The main historical reason that a pig’s intelligence has only recently been recognized, is due to the fact that they have formed an important part in western diets for centuries. One can somewhat describe it as a method of denial, as our society would usually not consume an animal which we consider to have a level of intelligence, based on ethics. Example of some of these animals include, dogs and dolphins. They are both animals who were not questioned about their high levels of intelligence and in most of society: it seems aberrant to think about including them in our diets.

As pigs have been solely seen as a source of food for so many centuries, it is now an animal which is raised and bred in industrial quantities: in order to match the supply demand of our population. This, in addition, results in us perceiving pigs as dirty animals, crammed into their own excrement. But this fact is only a consequence of captive breeding conditions and does not represent the natural behavior and/or intelligence of pigs in any way. If given the opportunity, pigs would choose to not defecate where they eat and sleep.

When observing a pig’s behavior, it is easy to appreciate that they are curious and intuitive animals. They prepare their beds and they use mud to cool off and protect themselves from sun damage. This skin care method is especially important in hairless animals, such as: elephants or rhinoceroses. But,despite not being the only animal that does this, this action of mud use, has only forced the stereotype of 'dirty animal' onto pigs.

In rural areas there has always been greater integration of animals in daily society. Pigs, like the rest of the cattle, are daily taken from the stables to graze or search for food, and at night they are taken back to the barn where they spend their nights. There are many collected testimonies stating that pigs have often established their own routines and voluntarily returned to their night shelter, while bovine cattle had to be driven.

There are cases of pigs that have been made famous in their villages, even awarded pardoning. Some pigs are used in search for truffles. These pigs must be trained not to eat the truffles once found and are instead trained to await their rewards patiently. The training method can be considered the same as that of dog training.

The fact of perceiving consciousness by an individual, is something that for years, was considered exclusive to humans. Consciousness of an individual is characteristic as; a rational being, capable of thinking and being aware of their own existence. Most animals act guided by primary instincts, without the awareness of having a will of their own.

The fact of recognizing oneself in a mirror is a level of advanced perception, given to dolphins and macaques. Investigations by Dr. Donald Broom, at the University of Cambridge (United Kingdom), affirms that a domestic pig is capable of recognizing itself. Pigs are also capable of experiencing a wide range of emotions and are able to feel love and fear, among others.

Pigs experiments have reached a very high level of complexity. Some pig experiments encouraged the pig subjects to solve difficulties that can only occur if they mental images of the problem are reconstructed. They then mentally search for the solution, before putting it into practice.

Example of what pigs can do:

These types of skills are positioned by experts on an equal leveled scale to human brain development from a 3 year old. Some have even argued that pigs are smarter than dogs!

If you want to read similar articles to How Intelligent Are Pigs?, we recommend you visit our Facts about the animal kingdom category.

The 5 Most Intelligent Animals in the World
Do Pigs Sweat?
Guinea Pig’s Vision - How Guinea Pigs See
How Strong are Gorillas?
Related categories
Endangered animals
Most read
1.
What Animal am I According to my Zodiac Sign?
2.
10 Most Beautiful Animals in the World
3.
What Does It Mean When a Cat Shows Up at My Door
4.
The 10 Most Solitary Animals in the World
5.
Top 10 Smells Dogs Hate
6.
How Many Types of Lions Are There?
7.
Why do Dogs Get Stuck when Mating?
8.
My Female Dog In Heat Won’t Accept A Male - Causes
Are Rabbits Rodents? - Similarities and Differences
How Old Is My Guinea Pig?
Are Seahorses Considered Fish?
How to Get Rid of Wild Hogs
Does My Guinea Pig Love Me?
How Long Is a Fish's Memory?
How Long Do Guinea Pigs Live For?
How Are Kangaroos Born?

2 comments
Rating:
Dmitry
24/06/2020
Curious what kind of enigmas were those. We may still know squat about animal intelligence before we drive most of them to extinction. Turtles and salmon manage to find exact places were they were born and we still don't know how.
Rating:
Mauro Longone
21/01/2020
"The fact of recognizing oneself in a mirror is a level of advanced perception".
Sorry, but this makes no sense at all! Recognizing yourself in a mirror could be ok for animals who depend on sight as their main sense, but a lot of them do not!!! Dogs, as anyone knows, for example rely mainly on smell, while their sight has a lot to be desired in terms of quality and resolution. So, getting a dog to recognize itself in the mirror is a bit like testing humans to recognize themselves by smell. I guess most humans would be at the bottom of the intelligence scale, if done this way!
So, this is totally un-scientific and absurd. The world is not anthropocentric at all. Using us as a reference is arrogant, blind and un-scientific!

Administrador AnimalWised
22/01/2020
We are sorry if you don't agree with the findings, but there are many studies which show a relation to high intelligence and mirror recognition. Not only Dr. Bloom, but researchers like Gordon Gallup who have devised a test to determine self-recognition. Some of the findings are controversial and much more research needs to be done, but there is sufficient evidence to suggest a correlation.

Other animals, such as birds, may have acute eyesight, but are unable to recognize themselves in a mirror due to a lesser intelligence. This can lead to problems such as thinking their reflection is a mate. Also, while a dog's smell is more acute, this does not make their sight negligible.
How Intelligent Are Pigs? 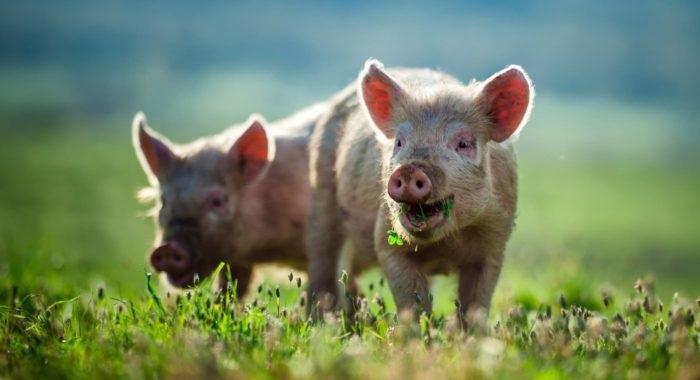 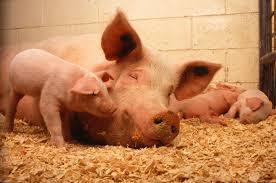 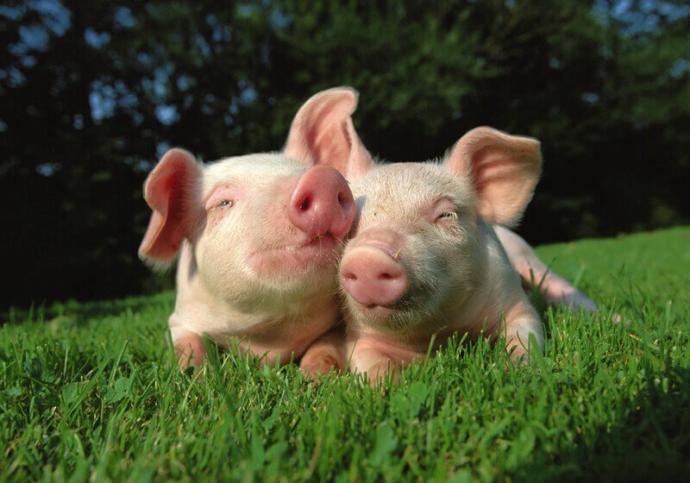 1 of 3
How Intelligent Are Pigs?
Back to top