Considered one of the most intelligent dog breeds, the Belgian Shepherd Malinois also stand out for their excellent health and great physical endurance. It is a working dog which stands out particularly for their high activity levels and need for sufficient exercise. If this is provided along with adequate preventative medicine, then the Malinois can have a life expectancy of 12 to 14 years.

As a working dog with considerable physical and cognitive ability, the Malinois is not a dog which is only valued for their physical appearance. This does not mean it is not a handsome dog. However, their relative lack of genetic selection means they have a low predisposition to hereditary diseases, despite being a pedigree dog. This is unlike the German Shepherd which nonetheless somewhat resembles the Malinois.

Unfortunately, this doesn't mean there are no health problems in Belgian Shepherd Malinois. AnimalWised helps you know what to expect if you find this incredible breed in your care.

You may also be interested in: Health Problems of Ragdoll Cats
Contents

The bone disease hip dysplasia is one of the most common diseases in dogs, especially large breeds and specimens. It develops from a hereditary malformation of the coxofemerol bone structure, i.e. the joint between the hip and the femur.

As a degenerative process, it usually results in lameness of the dog and can be very painful. Affected dogs show difficulty in developing common activities such as walking, climbing stairs or even sitting down comfortably. In more advanced cases, hip dysplasia leads to disability and can even result in a totally incapacitated dog.

The Belgian Shepherd Malinois is among the dog breeds which are more prone to hip dysplasia. Therefore, it is important to be attentive and take your dog to the veterinarian if you suspect the following symptoms:

Although genetic predisposition is the main cause of hip dysplasia in dogs, obesity and a sedentary lifestyle are also considerable risk factors. This is why it is essential to always offer a balanced diet with quality food. Also, remember that The Belgian Shepherd Malinois needs a lot of exercise to spend energy, maintain a healthy weight and keep a balanced behavior.

Progressive retinal atrophy (PRA) is another degenerative disease which can affect various animals, although it is particularly common in dogs and cats. The Belgian Shepherd Malinois is among the breeds prone to developing retinal atrophy as its origin is hereditary.

The symptoms of PRA usually appear progressively and gradually. They vary according to the breed and the type of photoreceptor cells affected (e.g. rod cells, cone cells or both). However, the most common symptoms of this canine disease are:

Retinal dysplasia is another disease which affects the eyes of dogs, again resulting in the progressive deterioration of their visual capacity. It appears after thew abnormal development of the retina, a trait which is usually inherited from previous generations of Malinois. However, it can also be caused by the herpes virus during the prenatal period. In addition, trauma to the eye, canine parvovirus, exposure to certain toxins and excessive solar radiation also appear as certain causes of retinal dysplasia in dogs.

When retinal dysplasia is mild, many dogs show no external or perceivable symptoms. In more acute cases, the dog may display some unusual behaviors which reveal their loss of vision. This may include colliding with objects while walking or avoiding darker areas out of fear.

Unfortunately, the Belgian Shepherd Malinois is one of the breeds most likely to develop retinal dysplasia. Other dogs which are prone to this condition are the Beagle, the Labrador Retriever, the Yorkshire Terrier, the Cocker Spaniel, the Akita and the Rottweiler. However, this is a disease which can affect any dog whether mixed or purebred.

There are some other diseases which are more prevalent in Belgian Shepherd Malinois including, epilepsy, thyroid disease and pannus (abnormal tissue growth), but they are not as common as they have been in the past.

How to prevent diseases in dogs

It is not always possible to prevent the appearance of certain diseases, especially those which are caused by a genetic or hereditary factor. However, the health of the Belgian Shepherd Malinois can be greatly benefited if we pay attention to their care needs. This means providing lots of exercise and ensuring their mental and physical stimulation requirements are met. This is not a breed which will stand for indoor living and sedentary behavior. If they do not receive adequate exercise, they will likely develop behavioral problems even if their physical health remains strong.

Malinois are employed as working dogs for a reason. Not only do they respond well to training, but they need it to keep them stimulated. You don't have to teach them to do the jobs they engage with in the Navy or in African national parks. However, basic training at the very least will keep them occupied. You cannot stop training them either and they will need to be trained for their whole lives.

Likewise, there are general care needs you need to meet which are similar in all dogs. When they are young, you will need to provide the appropriate vaccinations for your area and keep them on a schedule for boosters. Deworming for parasites such as ringworm and fleas also needs to be on a schedule as they will not last forever. An adequate and healthy diet without over-reliance on treats is also important for overall health and well-being.

Now that you know common diseases and health issues related to the Belgian Shepherd Malinois, you may want to know some general common diseases in dogs. These may be dental problems, skin diseases or common food allergies.

If you want to read similar articles to Health Problems in Belgian Shepherd Malinois, we recommend you visit our Hereditary diseases category.

Common Yorkshire Terrier Health Problems
The Most Common French Bulldog Health Issues
Most Common Health Issues for Poodles
Elbow Dysplasia in Dogs
Related categories
Bacterial diseasesMedicineInfectious diseasesFirst aidBreathing diseasesHome Remedies
Most read
1.
What to Do if My Dog has Something Stuck in his Throat?
2.
My Dog Is Bleeding from His Penis
3.
My Dog Keeps Licking Her Private Area - All Possible Reasons
4.
My Dog Has Pus Coming From His Penis
5.
Why Does My Cat Push Out His Penis and Lick It?
6.
My Cat Has Liquid Coming From Their Anus
7.
My Dog's Poop Starts Solid Then Goes Soft
8.
My Dog Keeps Making a Gulping Sound
Von Willebrand Disease in Dogs - Causes, Symptoms & Treatment
Is It Bad to Cross Breed Sibling Dogs?
Why Does my Dog Have 5 Toes on its Back Feet?
Glaucoma in Dogs
Canine Cryptorchidism
Cancer in Cats
What Is Hip Dysplasia in Cats? - Causes, Symptoms, Treatment
Polycystic Kidney Disease in Cats

2 comments
Rating:
C Shirey
08/09/2022
My Belgian Malinois puppy is constantly licking and chewing on her feet

We have an article which might help you understand why this is:

https://www.animalwised.com/why-does-my-dog-keep-licking-their-paws-1439.html
tanena love
05/06/2019
My dog is breathing hard outdoors. But before this, the dog displayed asthma from 6 months old now 2 yrs and 6 months. The heat in Florida outdoors is hot, hot; Yesterday I hosed off my dog to bring down body heat. Now today I took the dog in a/c because she began to pant. Made appointment to go to the vet

We're glad you have made an appointment with the vet, they will be able to diagnose the problem and tell you the right treatment options.
Health Problems in Belgian Shepherd Malinois 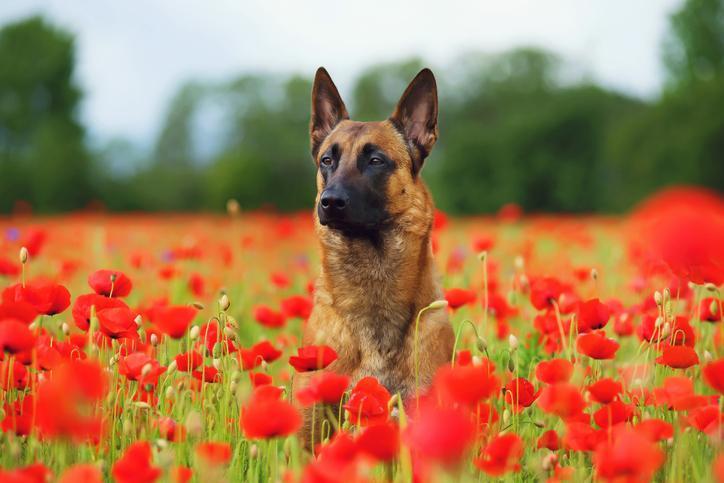 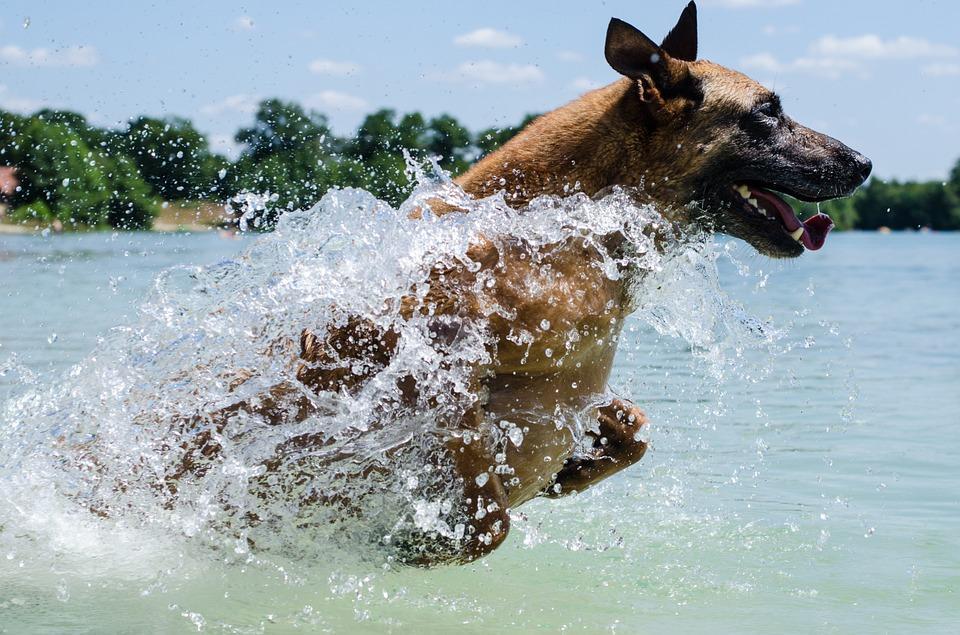 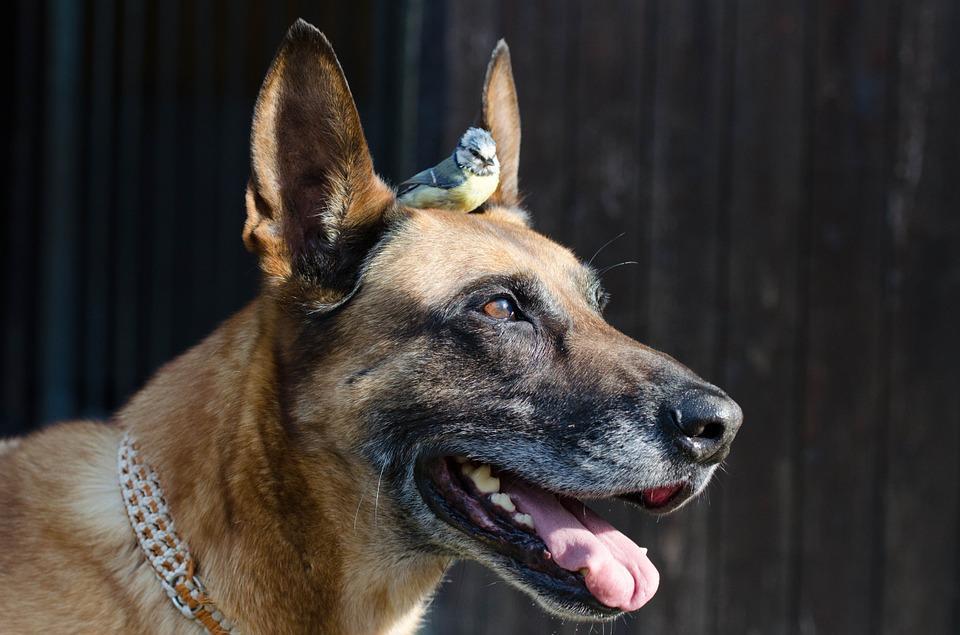