How Do Elephants Sleep?

By Nick A. Romero, Biologist and environmental educator. June 24, 2022

Elephants are known for being the largest land mammals on earth and having a distinctly massive body, large ears and long trunks. Elephants are impressive not only for their size, but also for their intelligence and complex social structure. There are many interesting facts to learn about these amazing mammals, one of which is the way they sleep. If you have ever wondered whether what are the sleeping habits of elephants, you have come to the right place.

In the following AnimalWised article, you will learn everything you need to know about how do elephants sleep, as well as some other interesting facts.

You may also be interested in: How Do Owls Sleep?
Contents

How long do elephants sleep?

Not all animals require the same amount of sleep. Some sleep much more than others, and the length of sleep depends on an animal's size and eating habits. Herbivores, for example, must eat many hours a day to meet their nutritional needs. They are also at greatest risk of being eaten by other animals, so they must be constantly alert. Ruminants, such as goats, sheep, and antelopes, sleep standing up and keep their eyes partially open. Some even continue to ruminate during sleep.

Studies also show that some elephants sleep more than others, even within the same herd. Herd matriarchs sleep the least and can stay awake for days at a time, especially when traveling long distances.

Why do elephants sleep so little?

The reasons why elephants sleep so little have to do with the following factors:

If you would like to know more about what elephants eat, read this other article, where we discuss what an elephant's diet consists of.

Do elephants sleep standing up or lying down?

The reason that wild elephants prefer to sleep standing up is because they are constantly traveling long distances, and it takes them a lot of effort to get back up. Especially since they only sleep for short periods of time. Also, they are so large that, like horses, if they lie down for too long, the weight of their body can obstruct the blood supply to certain parts of their body.

Another reason that prevents elephants from lying down is that upright position makes them less vulnerable to predators.

Captive elephants, on the other hand, do not have to fear predators or lack of food and therefore can rest for longer periods.

Did you know that elephants have a similar life expectancy to humans? However, due to poaching, climate change and habitat destruction, all three existing species are on the International Union for the Conservation of Nature's Red List. Read on in this other article where we talk about the lifespan of elephants and the threats they face.

When do elephants sleep?

Elephants normally sleep at night. Studies show that most sleep occurs between 1:00 and 6:00 am. However, elephants in the wild also take short naps during the day. Instead of sleeping for many hours at a time, they sleep several times in a 24-hour period instead of just once per night, a pattern known as polyphasic sleep. These naps can last between 5 and 20 minutes each.

When you think of elephants, you probably think of the African elephant first. But did you know there are three different types of elephants? Read this other article to learn the differences between each species.

Where do elephants sleep?

Because elephants are used to traveling long distances, they are used to sleeping in a different place each night.

During the short naps they take during the day, elephants lean against trees or large hills, or lay their trunks on the ground and snooze.

If you want to learn more about these amazing mammals, do not miss this other article where we talk about where elephants sleep.

If you want to read similar articles to How Do Elephants Sleep?, we recommend you visit our Facts about the animal kingdom category.

Bibliography
How Do Fish Sleep?
How Do Horses Sleep?
Where Do Elephants Live?
Do All Elephants Have Tusks?
Related categories
Endangered animals
Most read
1.
What Animal am I According to my Zodiac Sign?
2.
10 Most Beautiful Animals in the World
3.
What Does It Mean When a Cat Shows Up at My Door
4.
The 10 Most Solitary Animals in the World
5.
Top 10 Smells Dogs Hate
6.
How Many Types of Lions Are There?
7.
Why do Dogs Get Stuck when Mating?
8.
My Female Dog In Heat Won’t Accept A Male - Causes
Do Rabbits Sleep?
What Animals Sleep Standing Up?
How Long is an Elephant's Pregnancy?
How Many Hours A Day Do Cats Sleep?
How Many Hours a Day do Dogs Sleep?
15 Animals That Sleep A Lot
Do Giraffes Sleep Standing Up?
Where Do Swallow Birds Sleep?

How Do Elephants Sleep? 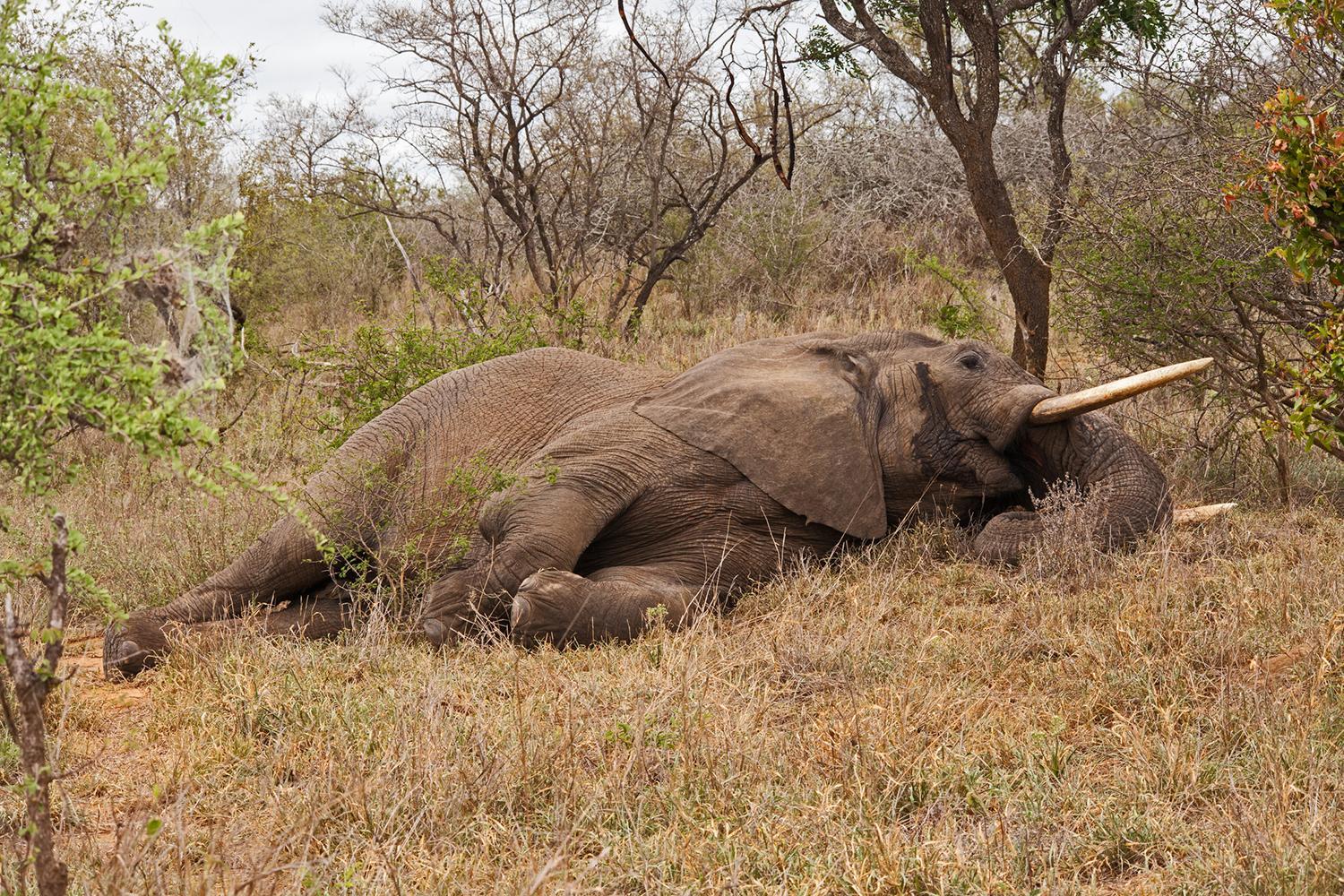 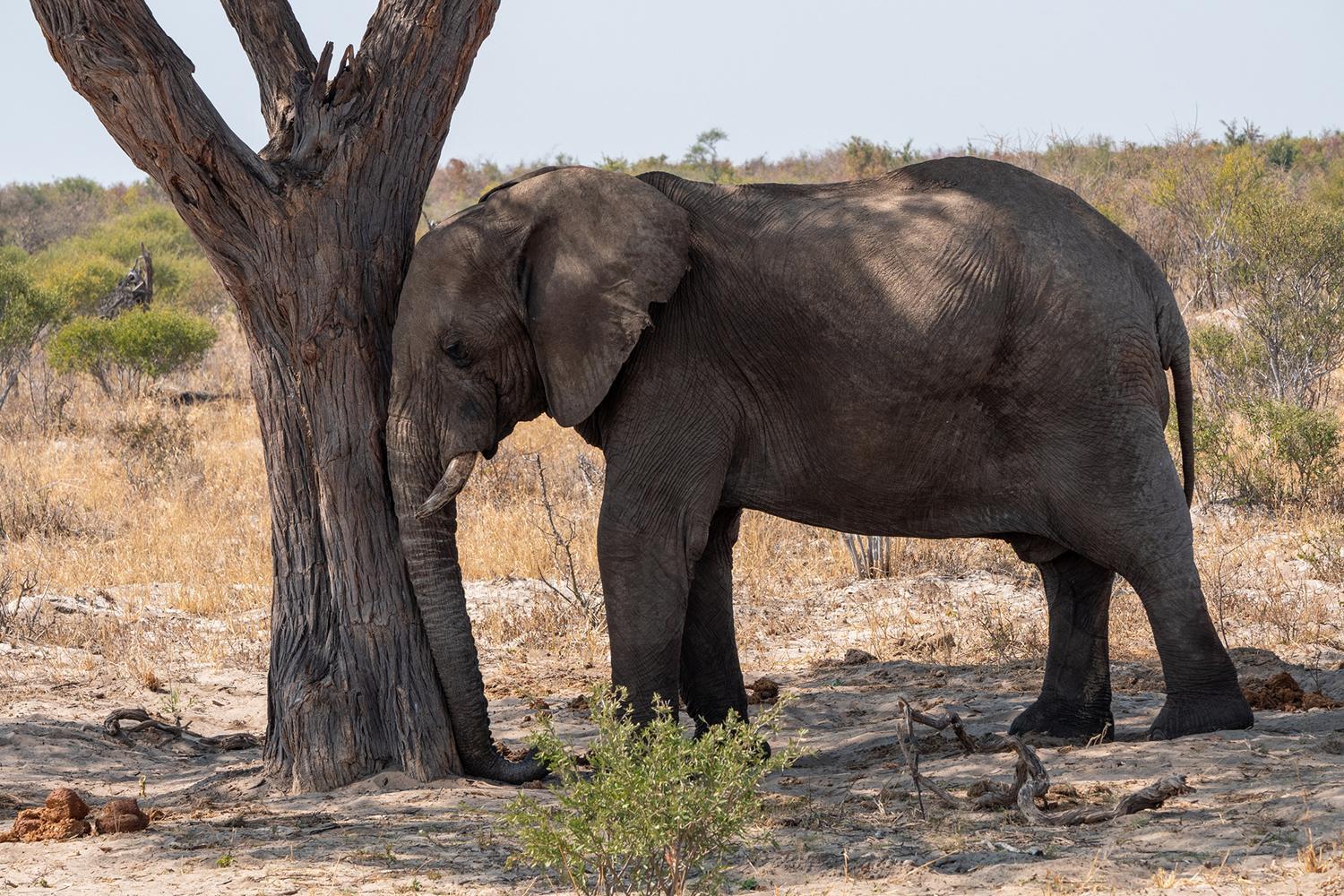 1 of 2
How Do Elephants Sleep?
Back to top