How Do Owls Sleep?

By Nick A. Romero, Biologist and environmental educator. August 1, 2022

Owl is the common name for birds of the family Strigidae of the order Strigiformes, nocturnal birds of prey. Have you ever wondered how these creatures sleep? The sleeping habits of owls vary greatly depending on the species. We know that most owls are nocturnal and usually sleep standing up and on branches. However, this is not the case for all species. Some owls sleep on the ground, others on rocks, and some even at night. Baby owls, for their part, sleep on their bellies because their heads are too heavy.

This AnimalWised article explains how owls sleep, including where and when they sleep, among other things.

You may also be interested in: Where Do Owls Live? - Owl Habitats
Contents

Owls are birds of prey, that is, they feed carnivorously by hunting their prey. They perform this activity mainly at night, which is why they are active during these hours. They are characterized by being especially careful not to make the slightest noise when trying to catch their prey. Being nocturnal birds, they have a highly developed visual and auditory system.

While almost all owls are nocturnal, there are some species that are also diurnal. This is the case with the boreal owl (Aegolius funereus), which, while generally more nocturnal, can also become active at dawn and dusk. Discover the different species of owls in this other article. Another example of a diurnal owl is the short-eared owl (Asio flammeus), which forages during the day but can also be active at night. Finally, we can mention the burrowing owl (Athene cunicularia), which hunts mainly at dawn and dusk, while during the day it usually forages, for which it takes water or dust baths to eliminate the mites that parasitize it.

Continue reading this other article if you want to know more about nocturnal animals.

Where do owls sleep?

The place where owls sleep varies according to the season, because in the reproductive season it is common for them to form pairs and stay together while the eggs and then the newborns develop. So although it is not common for these birds to build nests, but rather use the nests of other animals or even breed directly on the ground, they do sleep in the nest during this time. Usually it is the male that goes hunting and brings food for everyone, but the female can also go hunting in certain cases.

Once reproduction is complete and the young become independent, roosting sites can vary by species. Some examples where we can see this diversity in terms of owl roosts are as follows:

Depending on where they spend most of their time, owls roost in different places. Some are terrestrial in the sense that they perch directly on the ground, while others prefer trees, usually living in dense forests.

Keep reading this other article if you want to know more about where do owls live according to their species.

How do owls sleep?

Adult owls sleep standing up. Sometimes they tilt their head forward a little or lean their head back.

Adult owls that live in forests usually sleep in trees and have strong claws, which to hold onto branches. They often seek shelter in a hollow tree or crevice.

Owls with terrestrial habits roost directly on the ground, because although they can fly nimbly, they perch in grasslands. Others nest in rocky areas or caves, which they also use for housing and protection from predators.

Owls are at the top of their food chain, but they also have some predators. Eagles generally do not mess with adult owls, and owls seek roosting sites that are difficult for predators to reach. Eagles generally hunt owl eggs, young owls, or sick owls.

How do baby owls sleep?

Researchers have found that baby owls sleep similarly to human babies in terms of position and cycle. Baby owls sleep for a few hours, then get up, eat food, and go back to sleep, much like newborn babies do. They also lie on their stomachs, turn their heads to the side, and sleep in that position. Some also sleep on their sides. Baby owls' heads are heavy and the muscles in their necks are still developing, so they lie down.

In some cases, baby owls fall out of their nests and land at the bottom of a tree, but in most cases they have claws on the back of their feet that they clutch while sleeping. This claw is called a hallux, and it can grab onto branches and ledges to keep baby owls safe.

How long does an owl sleep?

The sleeping times of owls differ from species to species. Owls sleep an average of 10-17 hours per day. Most birds require a 12-hour sleep cycle to maintain immunity and strength. Owls sleep more because they are known to have a high metabolism. These high metabolism birds also need to conserve their energy for other activities during the rest of the day. They are known to take short naps during the day and fall asleep within 11 seconds. Even when an owl is sleeping, the brain is awake on one side to protect the body from predators.

Baby owls sleep almost all the time and wake only to feed. Even when the baby owls begin to explore their surroundings and move away from the nest, they usually go back to sleep together.

Do owls sleep with their eyes open?

Owls sleep with their eyes closed. They have special eyelids for sleeping, they also have eyelids for cleaning their eyes and also for blinking. Even when they take a short nap, their eyes are not open.

The owl's eyes are very special. Their photoreceptors are very sensitive. On the back of the pupil is a light-reflecting layer that allows light to pass back through the pupil to receive light, which greatly improves visibility in dim night light.

If you want to learn further about owls, check out this other article about owls as pets with our guidelines and general tips.

If you want to read similar articles to How Do Owls Sleep?, we recommend you visit our Facts about the animal kingdom category.

Bibliography
How Do Elephants Sleep?
How Do Fish Sleep?
How Do Horses Sleep?
Do Rabbits Sleep?
Related categories
Endangered animals
Most read
1.
What Animal am I According to my Zodiac Sign?
2.
10 Most Beautiful Animals in the World
3.
What Does It Mean When a Cat Shows Up at My Door
4.
The 10 Most Solitary Animals in the World
5.
Top 10 Smells Dogs Hate
6.
How Many Types of Lions Are There?
7.
Why do Dogs Get Stuck when Mating?
8.
My Female Dog In Heat Won’t Accept A Male - Causes
How Many Hours A Day Do Cats Sleep?
How Many Hours a Day do Dogs Sleep?
Are There Animals That Don't Sleep?
Do Giraffes Sleep Standing Up?
Where Do Swallow Birds Sleep?
Do Groundhogs Sleep at Night?
How Do Whales Breathe?
Do Dogs Have Nightmares? - Canine Sleep Patterns

How Do Owls Sleep? 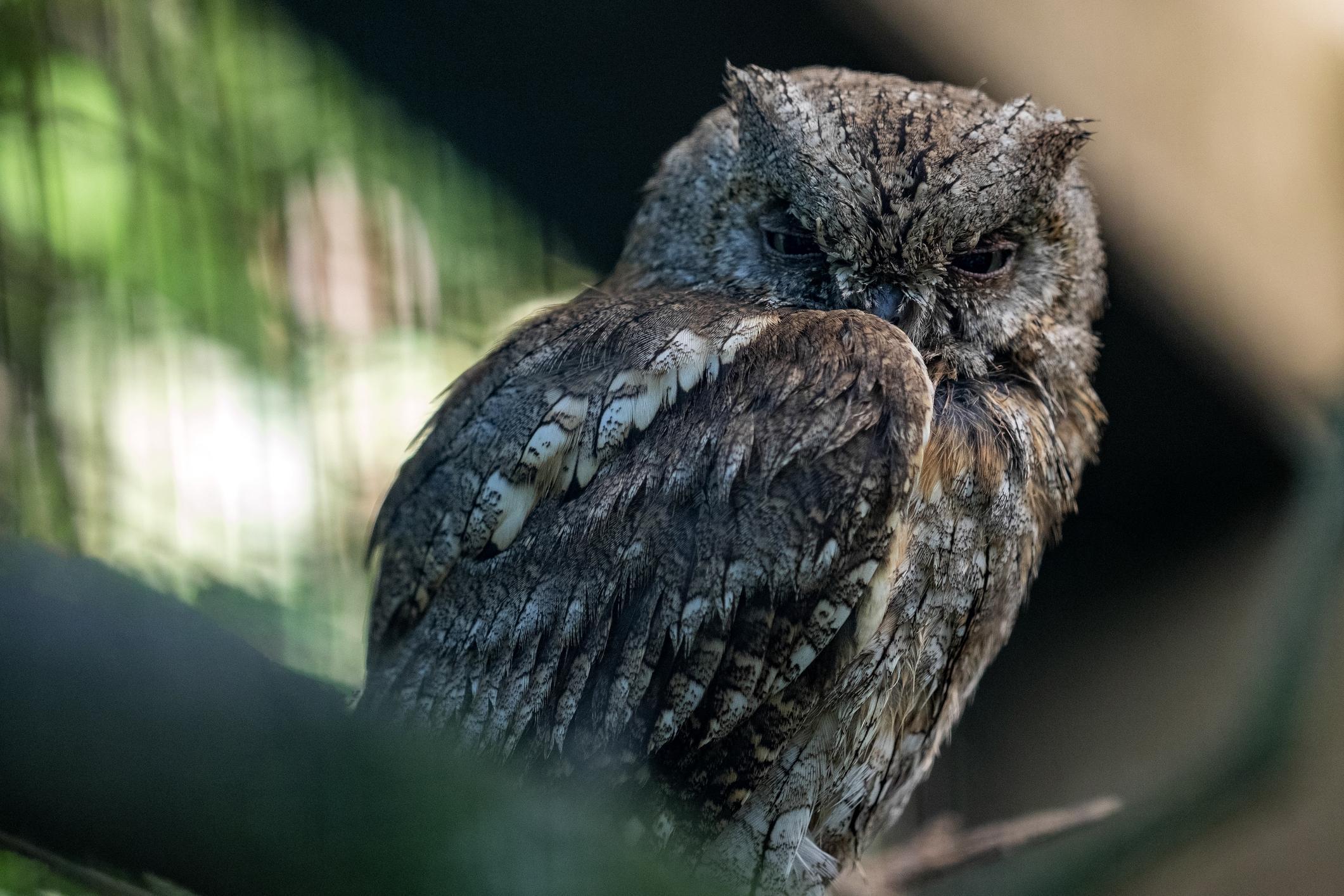 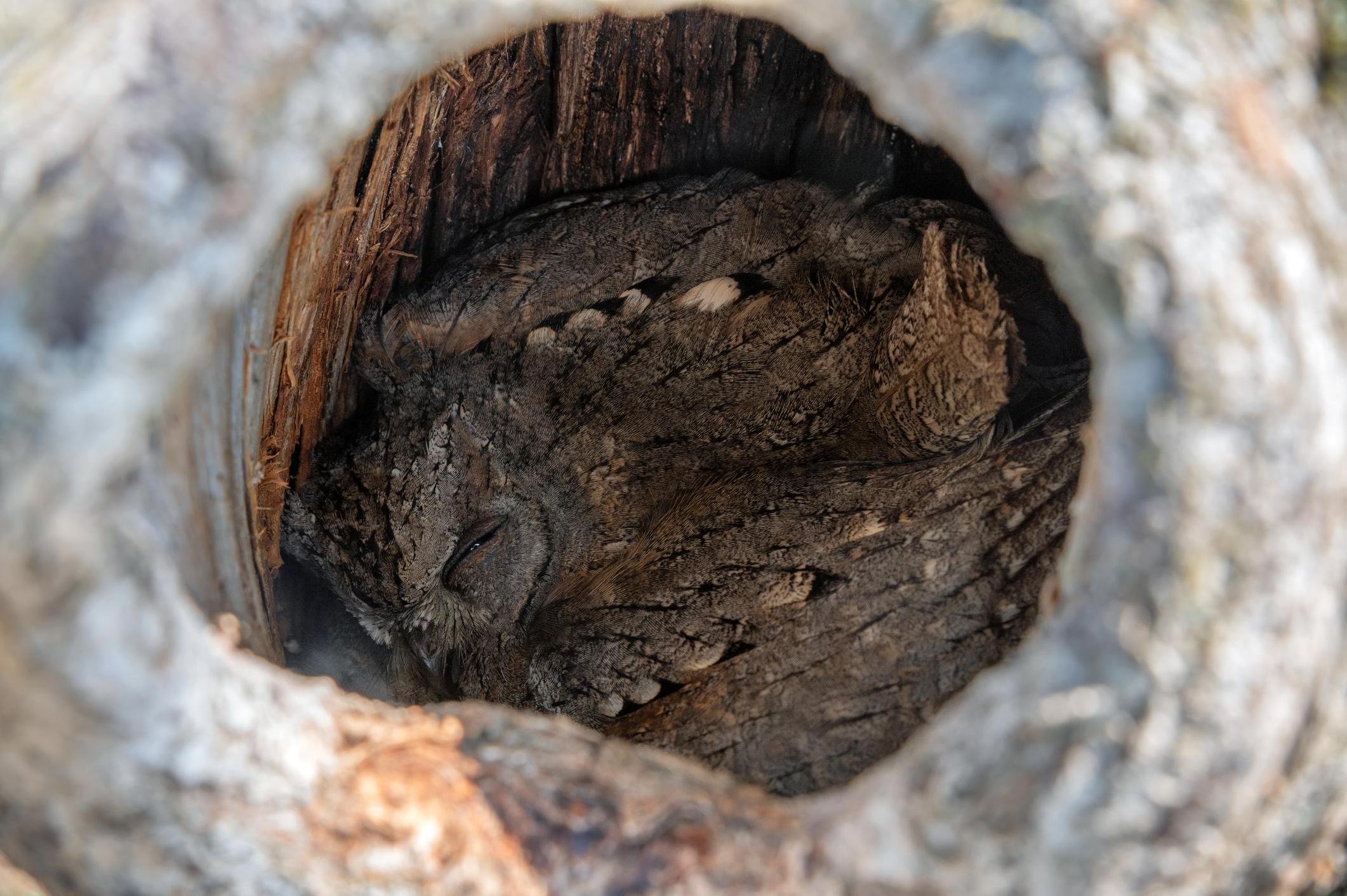 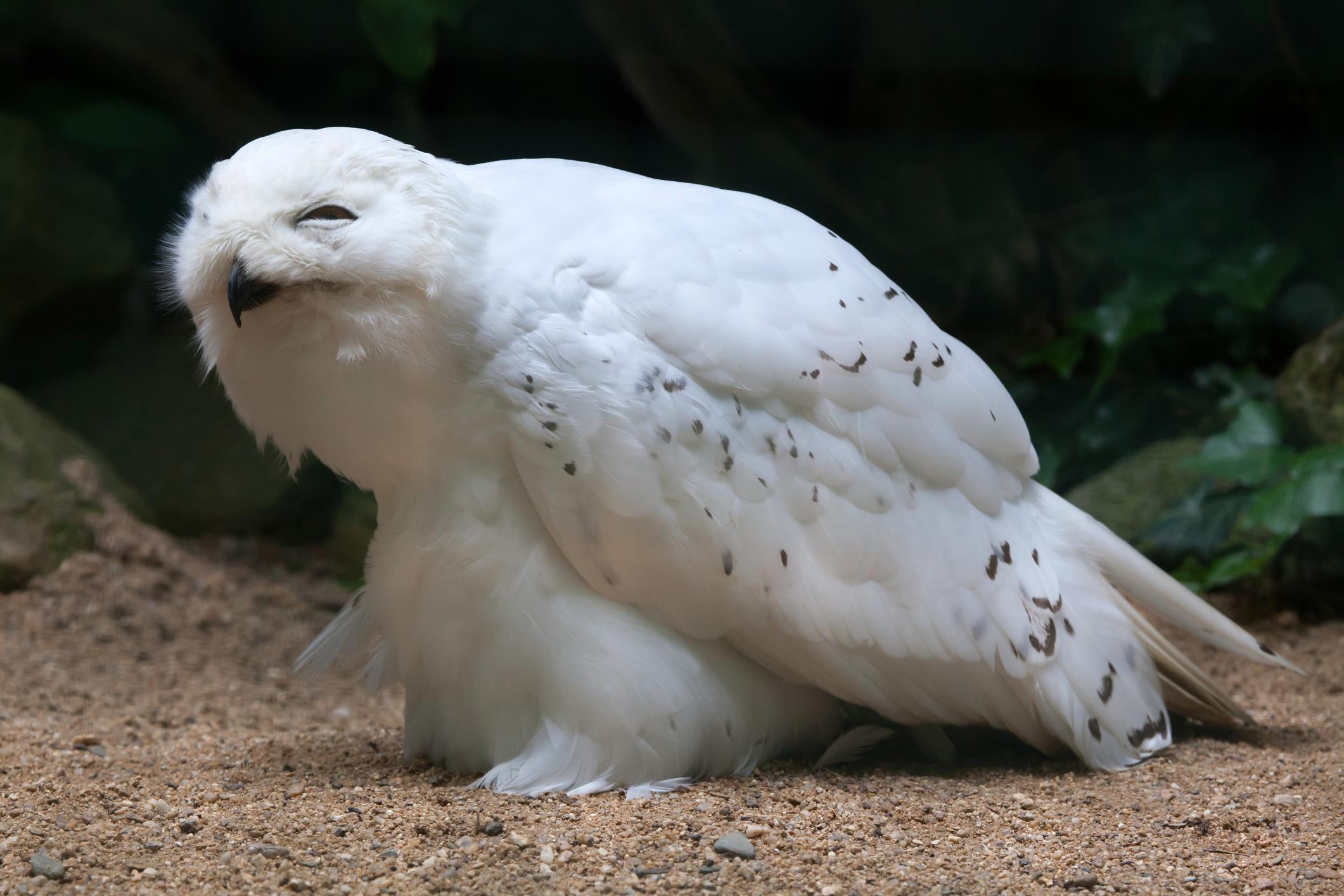