Where Do Owls Live? - Owl Habitats

By Nick A. Romero, Biologist and environmental educator. July 26, 2022

The animals with know as owls belong to the order Strigiformes, which is subdivided into two families. The first is the Strigidae, which are more commonly known as true owls. The second is Tytonidae, which includes the birds we know as barn owls. Colloquially, when we refer to owls we can use the same word for both families. Despite having many commonalities, these are actually two distinct groups which share both anatomical differences and even variations in their habitats.

AnimalWised asks where do owls live? We answer the question by looking at owl habitats and distribution for all types of owl across the world.

You may also be interested in: How Do Owls Sleep?
Contents

The Strigiformes family constitutes a fairly diverse taxonomic group. This includes more than 220 species of birds of prey which we identify as owls. Owls have a very wide global distribution, being present on all continents except Antarctica. For this reason, they are considered cosmopolitan animals.

Although owls have a very wide distribution, 80% of owl species are found in the tropics. Some species make changes to their habitat for seasonal reasons, but less than 10% have migratory behaviors within their range of distribution. To know where do owls live, we must look at some of these species in more detail which we provide below.

Owl habitat types according to species

Owls inhabit almost all types of terrestrial habitat within their distribution areas. However, most live in various types of forests. These will have certain conditions, depending on the given ecosystem. Almost all owl species are arboreal, but there are exceptions.

When we ask where do owls live, we should know this is dependent on their species. Here are some particular examples of the habitat of certain species of owls:

To learn more about these incredible birds, we take a look at the issue of keeping owls as pets.

Where do owls nest?

When wondering where do owls live, we most likely want to know about their habits. While two owl species can live in similar habitats, it doesn't necessarily mean they will have the same nesting and hunting habits. Generally speaking, owls do not build their own nests. Although a common practice in other bird species, owls tend to buck this trend.

As you may imagine, not building their own nest can provide certain problems. For reproduction, as with all birds, they will need to lay eggs and find a way to protect these vulnerable incubators. For laying and incubating eggs, as well as rearing their young, many owls will use the nests of other birds and animals. This can be seen with the burrowing owl which uses the burrows of prairie dogs and other animals to nest.

Another option for many owls is to use holes in trees which are bored either by other animals or people, as well as those which may occur naturally. When owls roost, they may do so alone, in pairs or even in larger groups of pairs. Owls tend to be monogamous, so the pairs will stay with their own partner. When they take the nest of other animals, they will still insulate it and make it comfortable by bringing in natural materials.

Some owl species may even nest directly on the ground, although they are a minority of species. This is the case with the snowy owl. The female will choose a hidden space on the ground and will excavate the soil directly. Without adding any other materials, she will lay her eggs in the space created.

We can also mention the example of the eagle-owl which is used to looking for cracks between rocks, cliffs, caves or large nests of other birds to nest. Another case is that of the short-eared owl, which also nests on the ground, but makes nests in spaces with tall vegetation. It is common that they even return to the same nest in the next reproductive period.

As we have mentioned, owls are not generally migratory birds. They nest in the same areas where they otherwise usually live.

If you want to read similar articles to Where Do Owls Live? - Owl Habitats, we recommend you visit our Facts about the animal kingdom category.

Where Do Owls Live? - Owl Habitats 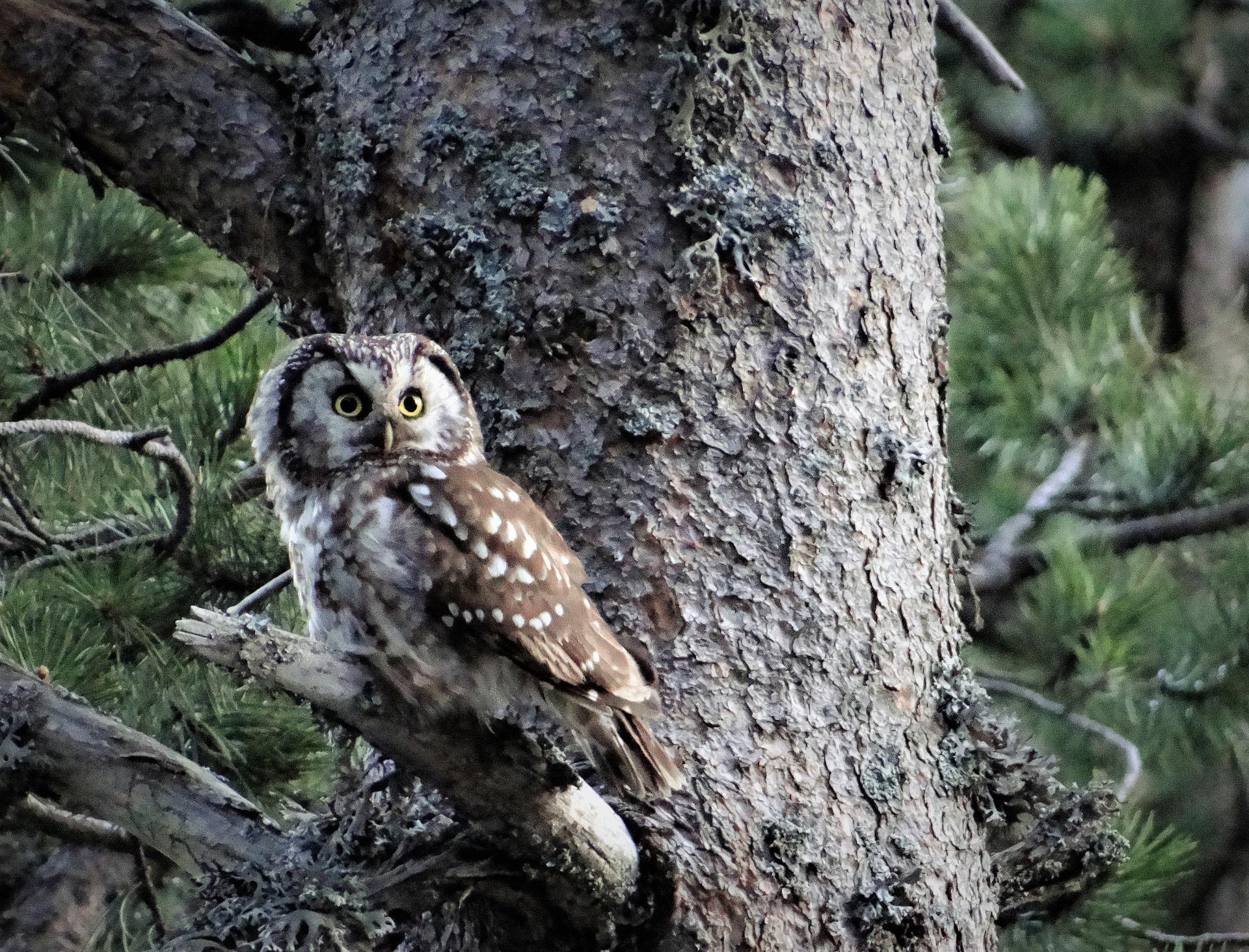 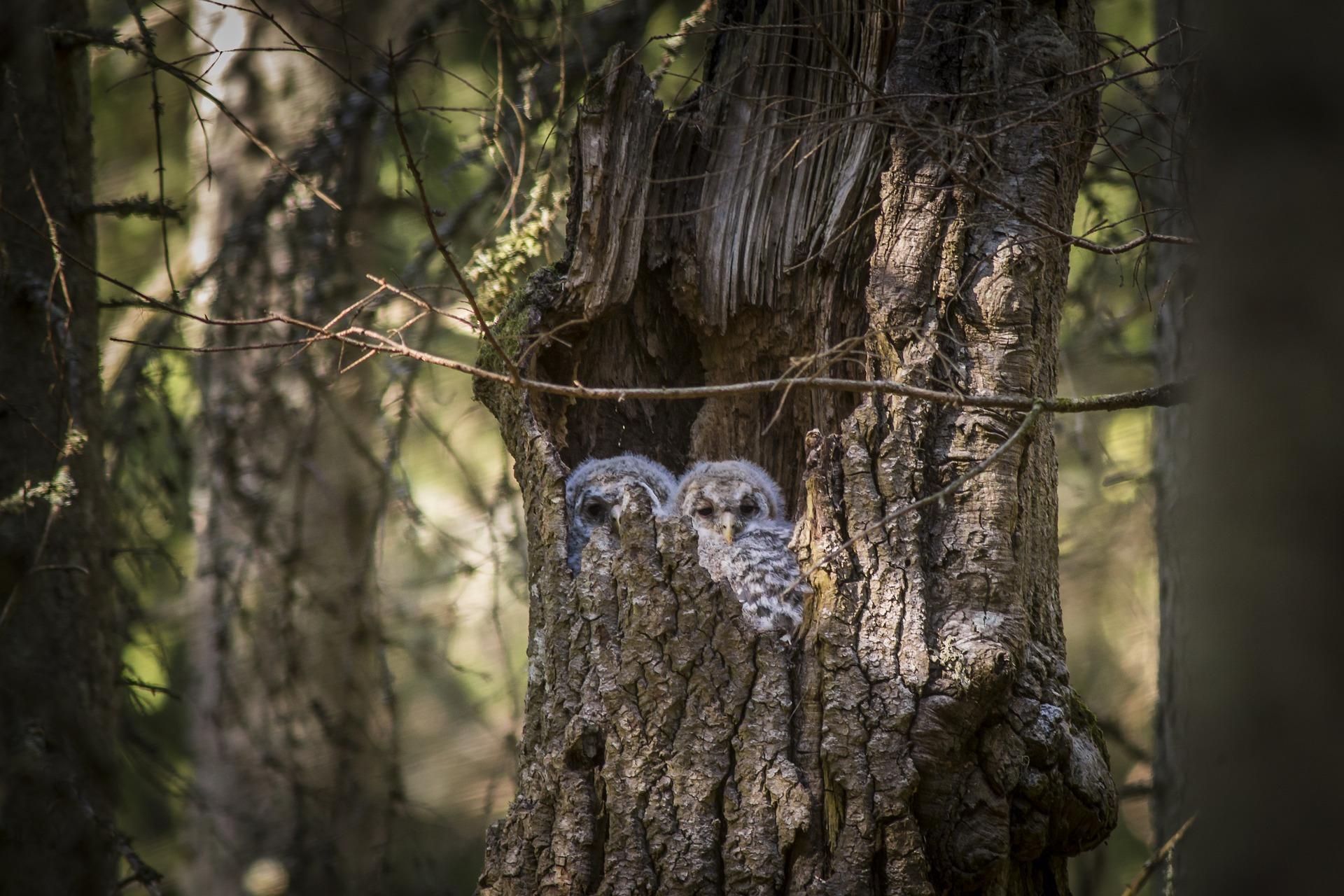