Felines (Felidae) are a family of mammals belonging to the order Carnivora which have inhabited this particular planet for millions of years. The oldest fossil found to date appears to be a snow leopard (Panthera blytheae) that lived in Asia 4.1 to 5.9 million years ago[1]. Interest in these big cats is increasing, especially as concerns grow over earth's future. Many people want to know more about those which have disappeared, whether due to natural reasons for man's intervention.

If you want to know which species of feline have reached extinction, this AnimalWised article brings you 7 of them to consider. We look into the probable causes of their demise as well as discuss interesting facts and perspectives on the animals.

You may also be interested in: Are Lemurs in Danger of Extinction?
Contents

The American lion (Panthera leo atrox) was a feline which lived during the prehistoric era, specifically the Pleistocene age. It was known as the North American cave lion due to its choice of habitat.

It is believed to be the largest feline species which ever existed. Research reveals that it lived and hunted in droves, preying on large animals such as mammoths and horses. Most of its remains have been found throughout the North American continent.

There are several hypotheses regarding their extinction. Most of them point to the effect of climate change as it coincides with the end of the last ice age. However, others consider the effect of hunting by prehistoric man.

The largest feline in Africa until its demise, the Cape lion (Panthera leo melanochaitus) remained on earth until the relatively recent 1860s. It did not live in herds and its prey seemed to consist of anything it deemed attractive or tasty. These included land animals such as zebras, but also included marine animals like seals.

Unlike the American lion, it is much easier to point to the factors which lead to its extinction. With the arrival of English and Dutch colonialists in the 17th century, the Cape lion was seen as a threat to settlers. There are many recorded accounts and testimonies of them attacking both people and cattle alike.

Sport hunting also lead to the gradual shortage of their main food sources, something which man used for the same purpose. They were hunted to extinction as they were seen as too dangerous a species to coexist with the human population of the region.

Endemic to the island of Java in Indonesia, the Javan tiger (Panthera tigris sondaica) became extinct in 1979. It inhabited the island from the Pleistocene epoch and was characterized by its dark and dense coat. Some specimens could display up to a hundred stripes across its body.

From the nineteenth century onward, its population began to descend vertiginously. There were several reasons for this big cat's extinction, but they all determined by the same factor: the increase of the human population on the island. This not only destroyed their habitat, but also decreased their natural prey. These together with sport hunting and trafficking of their pelts resulted in their eventual demise.

This species of lion (Panthera leo leo) is completely extinct in the wild. However, it is possible there is an unknown number of individuals in captivity with a questionable link to having this lion in their lineage. They are also known as the Atlas lion or the Berber lion due to their original habitat.

Originally from Africa, they are the largest recorded lion species of the modern era. There are testimonies of dissected specimens which have exceeded 3 meters and 300 kilos in length and weight respectively. However, today there are still discrepancies in regards to their exact characteristics. They would hunt both alone and in groups, inhabiting as many forest areas as they did African deserts and savannas.

The history of the Barbary lion's extinction is long and storied. They were venerated by the ancient Egyptians and coveted by the Ancient Romans. The advances of these civilizations gradually depleted their natural habitat and wiped out their main prey. As a result, they became a threat to humans and their animal herds until only a few specimens in zoos remained.

Another cat species endemic to an Indonesian island, the Bali tiger (Panthera tigris balica) was a smaller tiger than some of the specimens on this list. Similar to the Java tiger, with which it is believed to be related, the largest specimens reached a maximum of 100 kilos in weight.

Although never a very populous species, the Bali tiger became extinct with the death of the last member in 1937. This was aided by the increase in the human population of the area. They slowly deforested the area, hunted them for sport and also tried to keep it away from the settlers who encroached on their habitat.

The Puma pardoides lived in Asia and Europe in the late Pliocene epoch. It is considered the species which directly preceded the puma as we know it today, although some of their remains also bear similarity with current leopards.

There is little information about this species. It is known as Owen's panther due to Richard Owen who described it, but is also sometimes known as the Eurasian puma. There is little information left about this species. It is suspected their demise was at the hands of larger predators which displaced them from the areas where they hunted their food, damaging their survival.

There are different types of saber-toothed cat, but the Smilodon is perhaps the most famous. Many different species of saber-toothed cats existed, but are all now considered extinct. The Smilodon inhabited the earth between the Eocene and Pleistocene epochs which means they may have lasted up to 42 million years. They were distributed throughout the length and breadth of the American continents. Its most noticeable feature, and that from which its nickname is derived, is their protruding canine teeth.

There are several hypotheses which try to explain the extinction of these large mammals. One of them maintains that, with the arrival of man, the usual prey of this species decreased. This ended in turn with a lack of food which may have caused their extinction. Another theory attributes responsibility to climate change and the end of the ice age.

Felines in danger of extinction

As you can see, there are many species of cat which have become extinct, much more than are on our list. Still more likely have existed, but we are yet to have found evidence of their presence. You should also note that much of this extinction has been caused by the action of man. This is not only sad, but also worrisome. At what point will humans become aware of the negative effect of their actions? This worry is reflected in the fact there are currently many species of feline which are in critical danger. While we do not have the space to give an exhausted list of every threatened cat, we can show you four representational species:

The Panthera tigris sumatrae is classified as a critically endangered species. There are less than five hundred specimens left, located only on the Indonesian island of Sumatra. Although formerly they lived in forests and lowlands, today only a few hundred are kept in reserves and national parks. Indiscriminate hunting and habitat destruction are the main causes of population decline.

Only existing in certain parts of Russia, the Panthera tigris virgata is being helped by this country's governmental organizations. They are attempting to protect, reproduce and reintroduce into the wild these Siberian tigers with special programs. Their biggest enemy are traffickers in skin and bones who hunt them to be sold on the black market.

Endemic to the Iberian peninsula, it is estimated that there are less than 300 Lynx pardinus remaining in the wild. The species is threatened by poachers and the lack of awareness of populations surrounding their natural habitat. They frequently poison them or accidentally run them over on the roads.

The Panthera tigris tigris is one of the tigers whose global distribution once encompassed the most ecosystems. It inhabited both savannas and tropical forests. Their biggest threat is a combination of poaching and the destruction of their habitat.

Do you want to know more about extinct animals?

Our planet has been inhabited by species of all different kinds. Many of them test the limits of our imagination with their size and characteristics. If you want to know more, we have information on both animals which are already extinct and those which are in severe danger of becoming extinct in the future. These include a list of dog breeds which no longer exist and animals in Mexico which are being threatened with extinction.

If you want to read similar articles to Extinct Species of Cat, we recommend you visit our Endangered animals category. 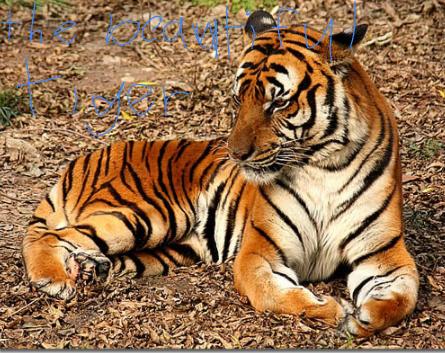 The South China Tiger is known by many names. Other than he South China Tiger, names include the Amoy Tiger, Chinese Tiger and Xiamen Tiger. This beautiful cat is almost extinct. In 1996 this animal is EW (extinct in the wild). Now, the 144 living South China tigers are descendants of six wild founders (two males and four females) from those two zoos.
Extinct Species of Cat 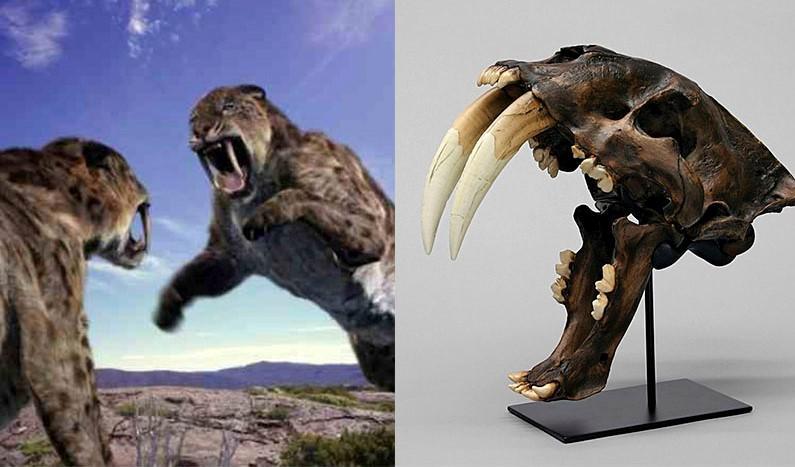 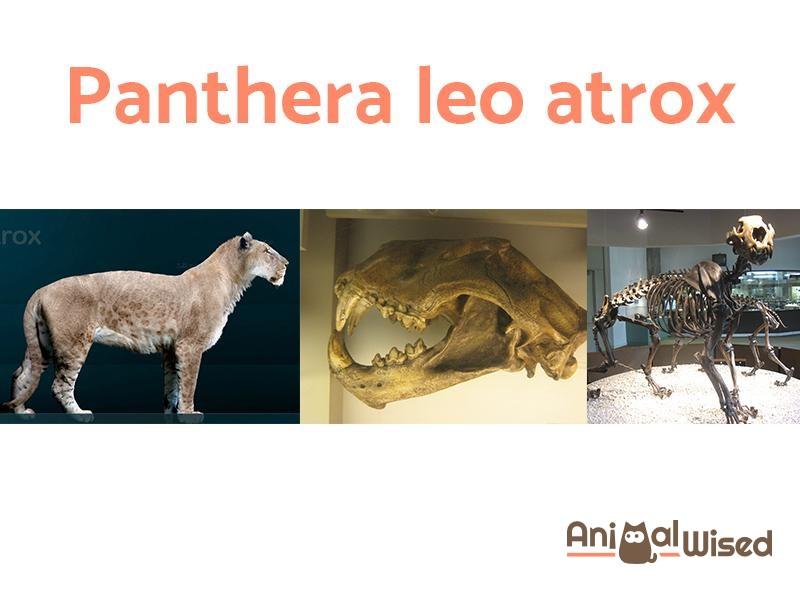 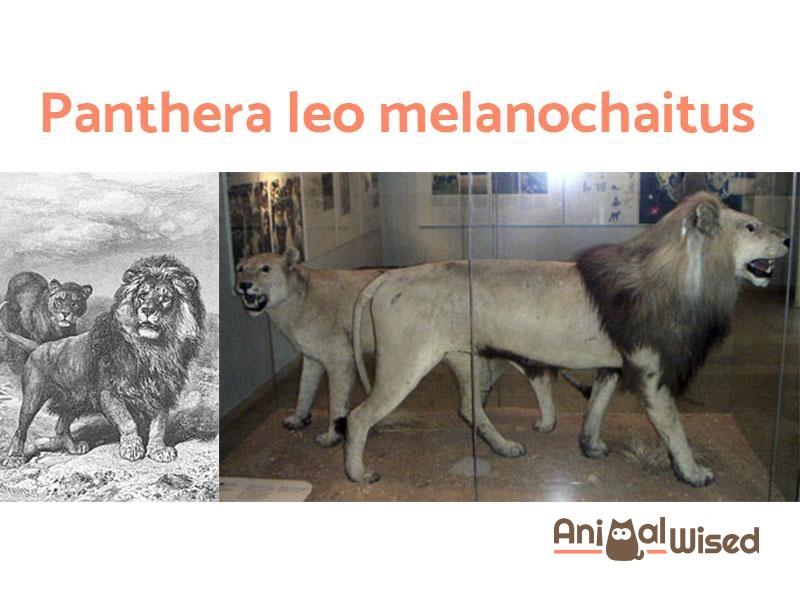 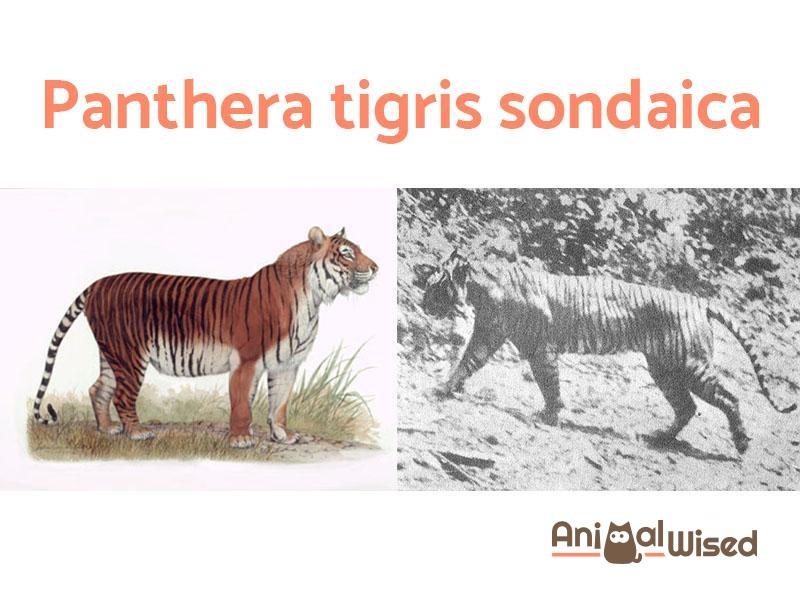 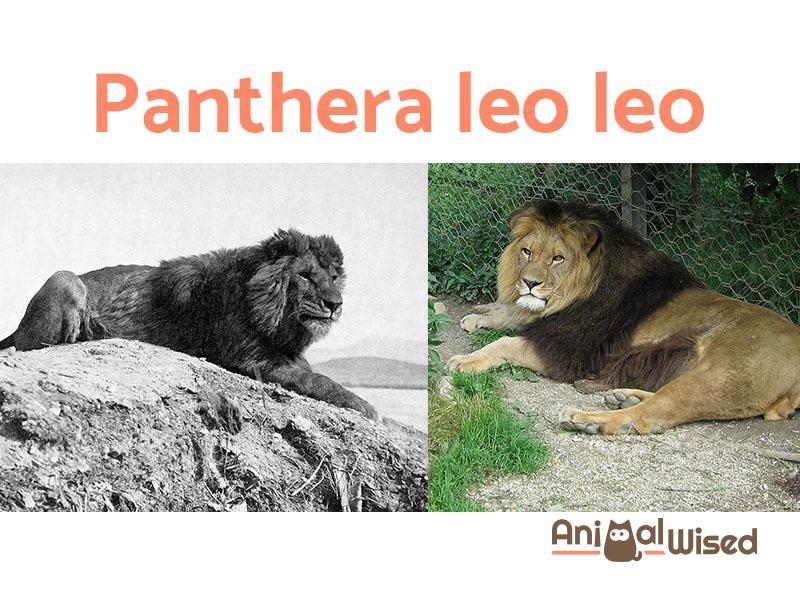 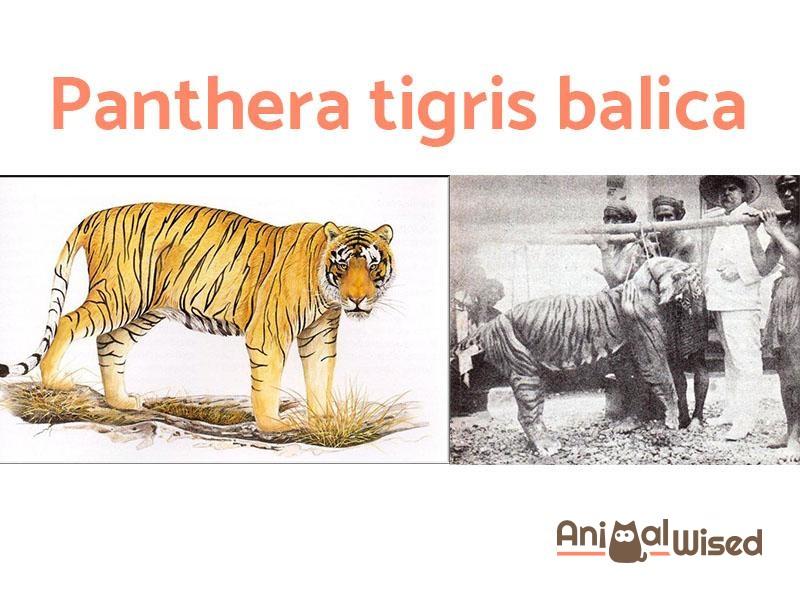 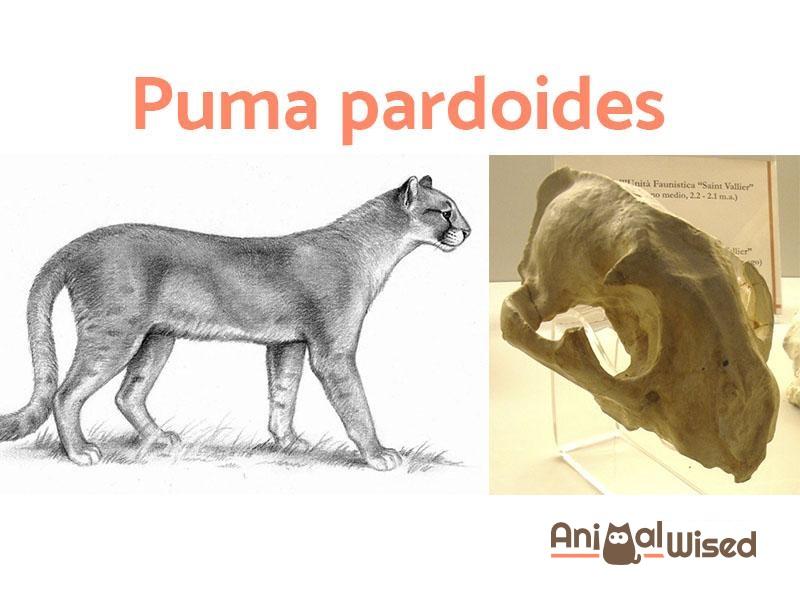 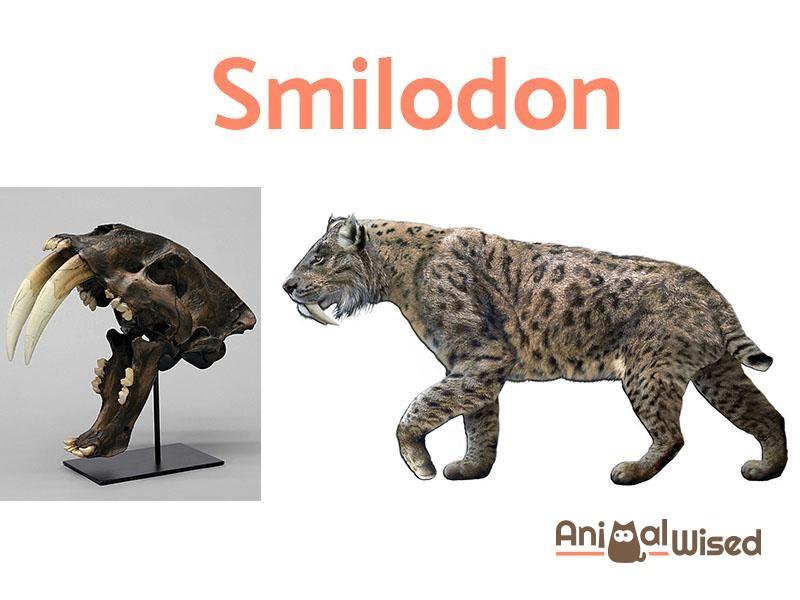 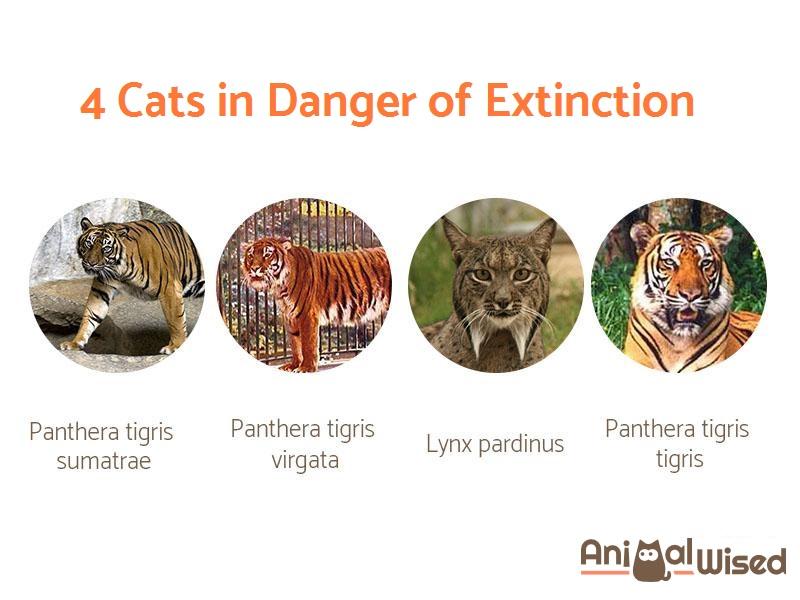 1 of 9
Extinct Species of Cat
Back to top