How to Get Rid of Wild Hogs

By Nick A. Romero, Biologist and environmental educator. March 30, 2021

The feral or wild hog (scientific name Sus scrofa) is a mammal belonging to the Suidae family, which also includes pigs. It corresponds to the genus Sus, a type of even-toed ungulate animal. Wild hogs are native to Europe, Asia and some parts of Africa. However, they have also been introduced into the Americas, Australia and onto several islands.

Given their high capacity for reproduction, they have unfortunately become an invasive and harmful exotic species. In their search for food they cause serious problems to the soil which affects the development of crops. They can also damage certain crops by feeding on them or their seeds. If wild hogs have become a problem for your property, AnimalWised brings some practical advice on how to get rid of wild hogs.

You may also be interested in: How to Get Rid of Bats
Contents

Wild pigs are part of social groups which are considered matriarchies. They can cover considerable areas, except when the females are pregnant. When moving they are continuously searching for food, mainly vegetable matter. However, they are also opportunistic and may consume certain types of invertebrates (e.g., insects and crayfish) and some types of vertebrates (e.g., amphibians and small mammals).

Wild hogs are excellent foragers, moving soil with their snouts in order to reach food. This can include seeds and animals buried in the ground. The erosion that results from this rooting leaves the soil uncovered or unprotected, in turn affecting the growth of certain plant species. Similarly, they reduce crop growth by consuming large quantities of seeds, which causes damage to certain crops planted by humans.

In general, boars have widely distributed populations and, in some cases, show signs that their numbers will keep on growing. Their high reproductive capacity is due to three main factors; they reach sexual maturity early, they have a relatively short gestation and they produce a high average number of offspring. Thus, the negative impact on crop plantations described above is exacerbated by a significant number of these animals and is perpetual.

It has been proven that areas with sufficient available food, such as acorns and other forest fruits, have a positive effect on wild boar reproduction. This results in more pregnant females and, therefore, more offspring per litter. In contrast, in times of drought only the leading females reproduce. As with domestic pigs, feral hogs are very intelligent.

Drive away wild hogs with sound

Wild hogs do not have very good vision, although they do have a good sense of smell. Even more acutely, however, they have excellent hearing. For this reason, sound equipment with loudspeakers can be quite useful in large areas damaged by the presence of these wild pigs.

Sounds or alarms that could scare away feral hogs include:

As they are very sensitive to sound, all these recordings could frighten them and scare them away. Devices should play the selected sounds automatically and and at regular intervals. If you have sufficiently technologically advanced equipment, it could be possible to set up a trigger where the presence of an animal sets off the noise.

Ultrasound equipment to scare away wild pigs is also available in some markets, if you prefer. Although they have solve the problem of deterring wild hogs, they may have a negative effect on the local ecology. They can also be prohibitively expensive.

Physical barriers can be used to prevent feral pigs entering protected areas, if the space is not too large. Fences can also be installed and are highly effective in preventing the access of these animals.

Fences should be resistant and made of a material that will withstand environmental conditions. In this way, they are durable and easy to maintain over time. Wild hogs are very strong, so they can charge weak points in a fence if they feel like it.

As mentioned previously, wild boards have a highly sensitive sense of smell. Homemade repellents with unpleasant smells can be made to discourage feral pigs. One such repellent which quickly scares them away is the human scent, so collecting human hair in a barbershop and spreading it around the areas they usually frequent is an effective way to scare them off.

Another option would be to use food they don’t like to make a homemade wild boar repellent. Thanks to their acute memory, every time they smell that food they will associate it with its bad taste. Hopefully this will be enough to deter them from your property.

Small croquettes of cereal mixed with some type of animal oil, such as fish oil, can be used. Spread these in areas popular with wild hogs or use it in an outline around your property's perimeter. This wild hog repellent can also be spread around crops so that the wild pigs will not think of the food as something appetizing.

It has also been reported that wild boars avoid places where they can smell other animals such as dogs or wolves. Keeping dogs and allowing them to urinate in the surroundings could therefore scare these animals away.

In some areas, the problems caused by wild hogs have increased as due to crossings with domestic pigs. This cross-breeding is mainly true for males since the females avoid pigs. It has given rise to hybrid animals. However, it is important to remember that these animals seek to reproduce and maintain their numbers, just like any other species.

In the past, wild boars were put under pressure because of hunting and the fragmentation of their habitat which displaced them from their natural areas. In this way, we humans are often responsible for altering their habits. When they cause perceived problems, we try to control their growth in lethal or unethical ways. Therefore, if we are the ones responsible, we should seek solutions which are non-aggressive and non-harmful for the animals.

With the progress of science, we should be able to get rid of wild hogs without damaging their wider ecosystem. This includes our own.

If you want to read similar articles to How to Get Rid of Wild Hogs, we recommend you visit our Facts about the animal kingdom category.

Bibliography
How to Get Rid of Rats Naturally Without Harming Them
How to Get Rid of Lizards From the House
How to Get Rid of Dog Smell in the House
How to Get Over Death of Your Pet
Related categories
Endangered animals
Most read
1.
What Animal am I According to my Zodiac Sign?
2.
What Does It Mean When a Cat Shows Up at My Door
3.
10 Most Beautiful Animals in the World
4.
The 10 Most Solitary Animals in the World
5.
How Many Types of Lions Are There?
6.
Why do Dogs Get Stuck when Mating?
7.
10 Smells that Attract Cats
8.
Animals With Scales - Full List
Types of Wild Cats Around the World
Habitat of the Wild Water Buffalo
How to Keep Birds Away - Humane Methods of Bird Repellent
New
How to Get Dogs Unstuck After Mating
Different Types of Domestic and Wild Parrots
What Do Wild Boars Eat?
Differences Between Feral and Wild Cats
How to Volunteer at an Animal Shelter in India: Tips to Get Involved

How to Get Rid of Wild Hogs 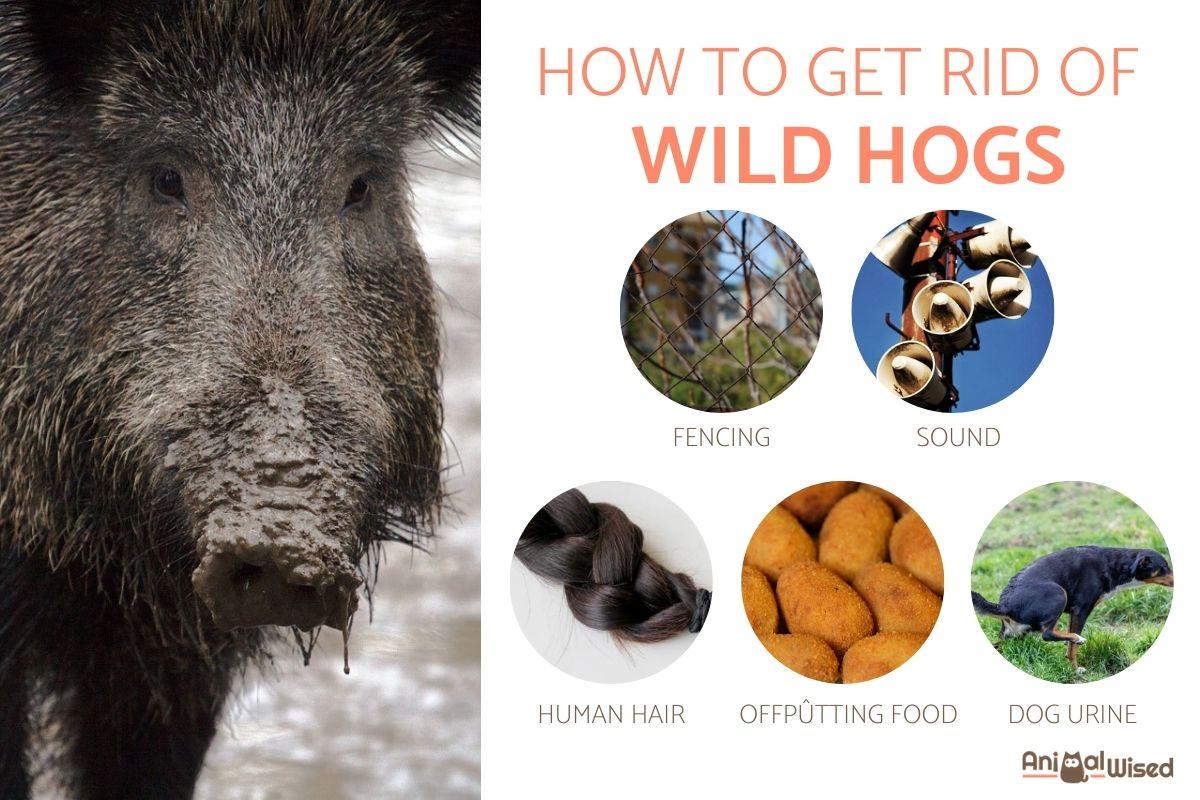 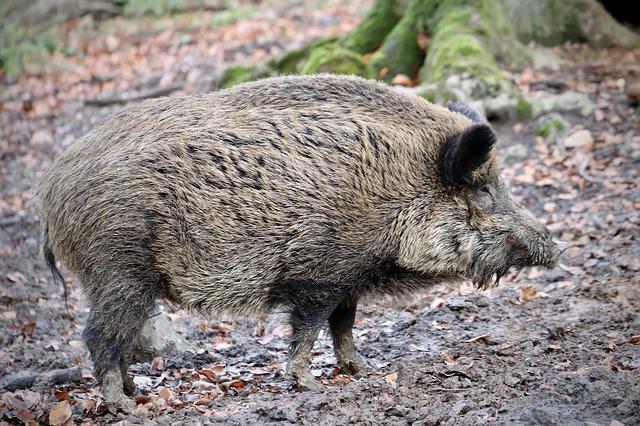 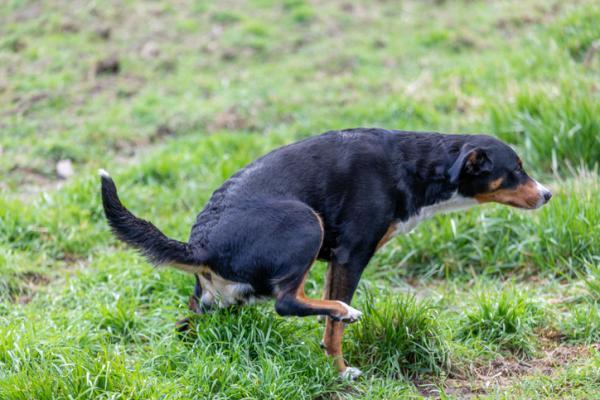