How to Get Rid of Bats 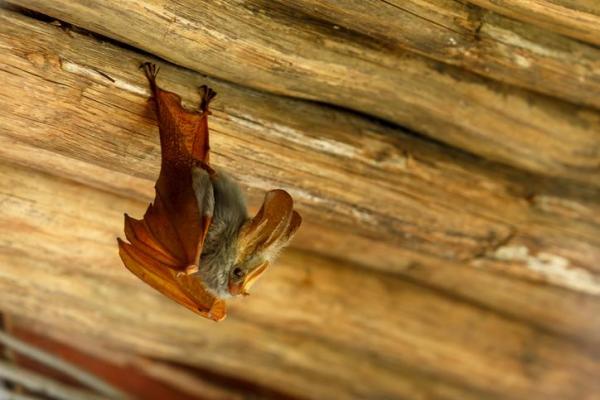 Bats have inspired myths and stories for generations. Their reputation is as a vile creature, dirty in its own right and linked to mysterious creatures of the underworld. They are the one animal Ace Ventura, defender of the entire animal kingdom, couldn't stand. Part of their reputation is that some bats are known to feed on blood. While they mostly prey on animals, humans have been known to be bitten. With their leathery wings and sharp fangs, an attack by a bat can be quite frightful.

While it is possible bats can transmit disease, the probability is relatively very low. The reality is that bats are fascinating creatures which have adapted incredibly well to their environment. Unfortunately, if this environment is your home, it's understandable you want to get rid of them. AnimalWised reports on how to get rid of bats in your house, whether attic, roof or any other part.

You may also be interested in: How to Get Rid of Wild Hogs
Contents

Why get rid of bats?

In general, bats are harmless to humans. Even if they have the advantage of flight, they will not likely inflict much harm. However, as their flight patterns are unpredictable, they are likely to scare the wits out of you. As mentioned above, the chance of getting rabies from a bat is incredibly low. Between the period of 2008 to 2017, only 23 cases of human rabies have been reported and 8 of those were contracted in countries outside of the US and its territories[1]. Still, they can pass on other diseases and parasites which may affect our health.

Practically there are reasons why you don't want to share your home with bats. Firstly, as nocturnal animals, they will be making their noise at night time. This noise includes the high pitched squeal they can emit as well as flapping and bumping into objects. If you are a light sleeper, it is not ideal. Even if a heavy sleeper, the more bats you have in the attic, roof or any part of the house, means more noise.

Guano is the term used for bat droppings. If you have even one bat in the house, their feces can start to collect and cause serious hygiene problems. The guano itself can help spread certain diseases such as typhus and leptospirosis, as well as carrying bacteria, fungi, protozoa, viruses and helminths[2]. It should be noted that bats are not domestic animals and should not be kept as pets.

Can I use poison for bats?

When evaluating different options on how to get rid of bats, many people consider purchasing bat poison. Some may even go to the lengths of creating their own homemade poison. However, this is something we should never do. Apart from the fact that using poison in your own home poses a significant risk to yourself, others in the home (especially children) and domestic animals, the vast majority of bat species are in danger of extinction. Killing them needlessly is not good for the greater ecosystem.

The resultant ecosystem changes are important to consider. Bats feed on various insects in many ecosystems and control their population. Some people even consider installing bat nests near their property to help keep insects away. They are also pollinating animals, so are important for the flora of an area. For these reasons, we also do not recommend getting rid of bats with ultrasound.

Methods of getting rid of bats from the home should be focused on doing so without causing them harm. This is why it is helpful to know a little more about them. For example, they leave their nests during the night and don't return until the first light of morning emerges. Additionally, they prefer dark, small and hidden spaces. This is why there are some preferred places in which they nest:

Get rid of bats naturally

Before driving away the bats, you need to know that they may not be sheltering in your house for sleep alone. They may also be raising their young. This is one of the reasons for first identifying the specific bat species before you drive them away.

The reason for species identification is simple. If you scare away the adult bat specimens, but they are looking after their young, the offspring will be unable to survive. They will lack to ability to feed on their own and will, therefore, die of starvation. This is not only bad for the bats, but your home. Dead bat babies will cause hygiene issues and can promote disease, not to mention unpleasant smells.

Observing bats as they leave their roost can help you to identify them. However, a more effective way is to get in touch with the environmental protection center in your area. Each region has different species of bat and they will be the ones who will best know how to identify them. Once identified, you can work out if they are in their breeding season and use this to inform when you get rid of them.

How to get rid of bats with mothballs

Mothballs are something we might normally equate with our grandmother's wardrobe rather than a bat infested attic. hey have been used to protect clothes from insects such as moths which can eat away at the fabric of cloths. They often also have a deodorant effect to stop them from smelling.

Mothballs are made from naphthalene, an organic compound that usually comes in crystallized form. As an aromatic hydrocarbon, its strong odor helps to drive away bats. It is used by spreading the chemical in the bat's nest area while they are away. When the bat returns, theoretically, the strong smell with repulse them and prevent them coming in.

Unfortunately, for animals the size of bats, you will need a lot of mothballs. The large amount you use can pose a serious health risk. Naphthalene is toxic to humans and pets. There is evidence to support it can destroy red blood cells in people suffering from glucose deficiency. If ingested by a child, it can trigger anemia and it has been seen to be carcinogenic on rats. The compound is also flammable, so the amount needed to drive away bats would be a serious fire hazard.

How to get rid of bats with lights

Bats have nocturnal habits, so they prefer to sleep during the day and feed at night. One way to scare them is to locate the space in which they live and install a strong light source. Although bats use echolocation to catch prey and navigate, they are not blind as many believe. They are sensitive to light, so a strong light source can drive them away from your property.

Ideally, you will install the lights when they are not there, i.e. during the night. Turn the lights on before sunrise and this will discourage them from returning. The downside to this approach (other than the effect on electricity bills, is that the bats can still hide in shadow. It might be very difficult to brightly light an entire attic, ceiling or any other area of the house.

Most effective way to get rid of bats

As bats will leave their nesting area to feed, the best way to get rid of them from your home is to prevent them from coming back again. It is the only way to effectively get rid of the bats without promoting health risks to the other inhabitants of the house. To do this, the following is recommended:

The location of the bat and their nest can be estimated by listening out for the noises they make. In hollow areas such as an attic, it is common for even small sounds to carry. However, this is difficult if the bats are at rest. A .ore indisputable factor is to detect the presence of guano. It is characterized by its rounded shape, brittle texture and strong musky odor. If you are dealing with fruit eating bats, you may also see fruit scraps dropped from the roof.

When you have located the space in which the bats live, wait for the night to observe them leaving. Pay attention to any particular characteristics. In this step, it is best to consult your local environmental protection authority. Even better is to have them present. Once you are able to identify the species, you can reference the time of year against their breeding season. If it is breeding season, then you will need to wait until the season is over.

3. Wait for them to leave

It is relatively simple to drive away bats from the home, but it will take some preparation time. Once the species is identified and you know that only adult bats are present, you can start to observe them for a few days. Specifically, work out how many of them there are and work out what time they will all have left for the evening.

The best way to keep bats out of the house is to prevent them from re-entering. When all the bats have left, focus on sealing all of the cracks and fissures they use to enter. The materials used will depend on the materials used to build the house in the first place.

Once all of the entries are sealed, you can then get to work on making it unappealing for their return. Bat guano is toxic and may contain some nasty bacteria, parasites or viruses. Wear gloves and protection for your eyes and mouth. You will also want to wear old clothes you don't mind destroying afterwards. Ideally, remove the feces with a plastic utensil and avoid touching it directly. Dispose of the guano in sealed bags and thoroughly disinfect the area afterwards. Mothballs or similar odorous deterrents may be used for extra protection, but only use them near entrance points.

Throughout this process, it is best to seek advice from various environmental protection centers. They may be able to come and do the job for you, especially if they are in an area where the bat population is under threat. They may choose to relocate them in a more appropriate place. If they will not do it themselves, they may be able to put you in touch with professional services who will do it for you. The ones they recommend should be services which protect the species.

If you want to read similar articles to How to Get Rid of Bats, we recommend you visit our Facts about the animal kingdom category.

Bibliography
How to Get Rid of Lizards From the House
How to Get Rid of Rats Naturally Without Harming Them
How to Get Rid of Dog Smell in the House
How to Get Over Death of Your Pet
Related categories
Endangered animals
Most read
1.
What Animal am I According to my Zodiac Sign?
2.
What Does It Mean When a Cat Shows Up at My Door
3.
Are There Venomous Spiders in the UK?
4.
Examples of Vertebrate and Invertebrate Animals
5.
How Many Types of Lions Are There?
6.
The 10 Most Solitary Animals in the World
7.
10 Smells that Attract Cats
8.
Most Common Cat Eye Color and Their Meaning
How does a Bat's Bio Sonar Work?
Are Bats Dangerous to Humans or Pets?
How to Keep Birds Away - Humane Methods of Bird Repellent
How to Volunteer at an Animal Shelter in India: Tips to Get Involved
How Do Dolphins Breathe Underwater?
How Long do Fleas Live For?
How to Never Lose Your Dog
Modes of Reproduction in Animals

1 comment
Rating:
Jopestkil Kenya bats
14/12/2019
Nice post. Bats are real nuisance. Control is necessary in human structures humanely without harming them.
How to Get Rid of Bats 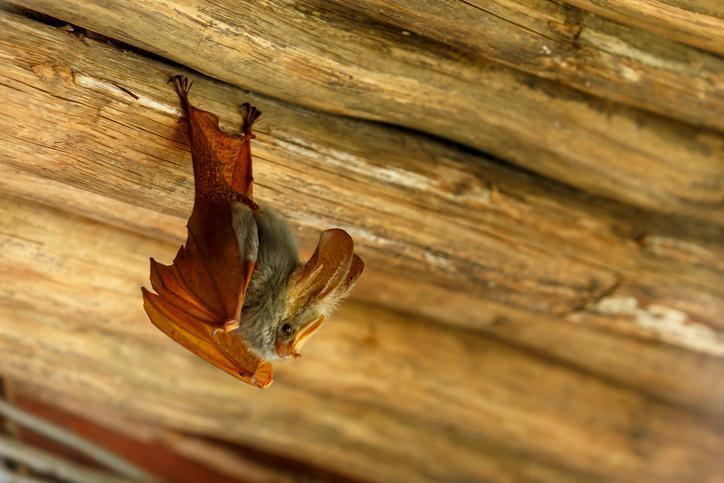 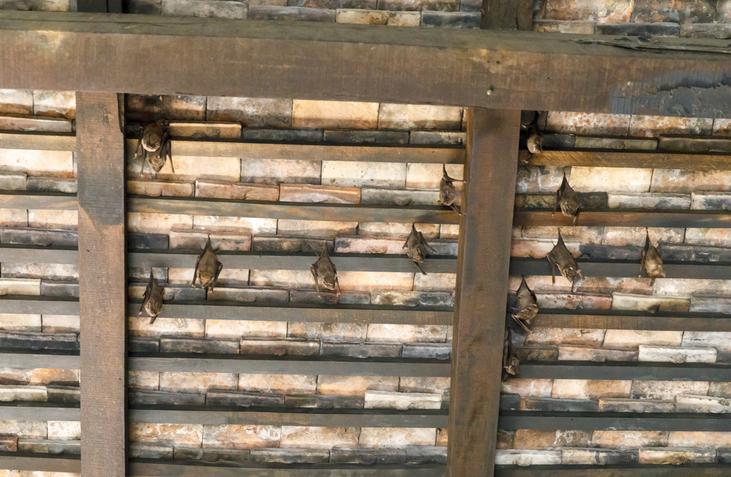 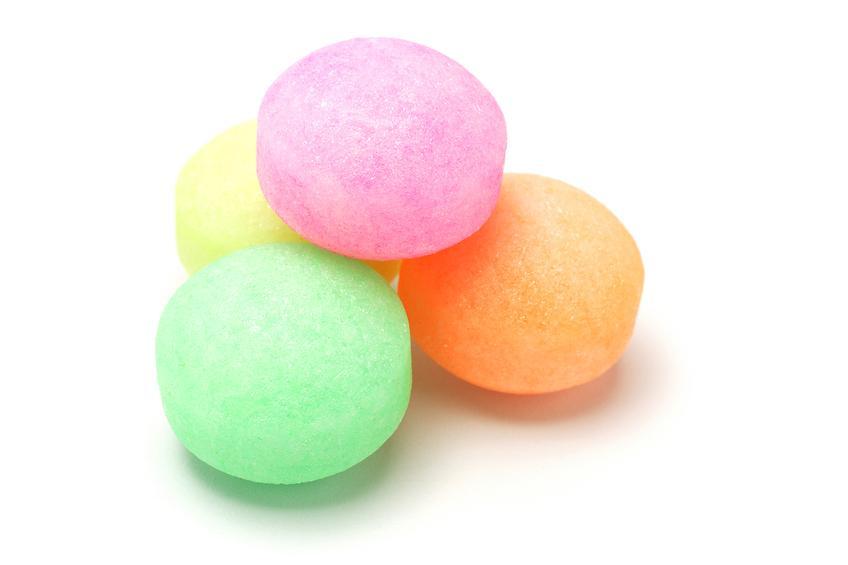 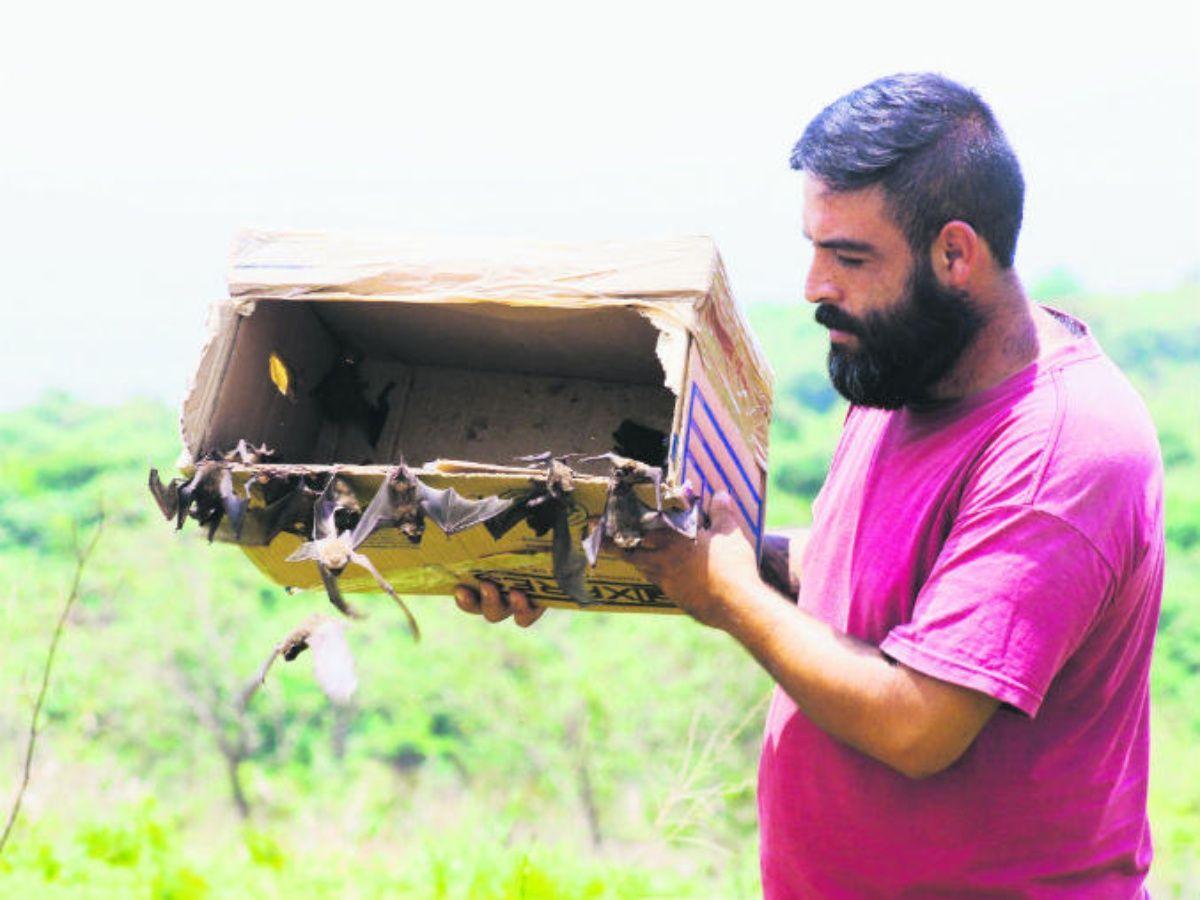 Image: www.informador.mx
1 of 4
How to Get Rid of Bats
Back to top