Life Cycle of a Dog - Stages of Development

Dogs mature at a very different pace than humans. Like physical development, behavioral development is a dynamic process that undergoes successive changes throughout the animal's life, from birth to death. However, there are certain periods of time when these changes have a greater impact on the animal's overall life.

The following AnimalWised article explains the phases of a dog's life cycle, from conception to death.

You may also be interested in: Common Diseases of Bull Terriers
Contents

This is the period between conception and birth, when the dog is still in its mother's womb. When we think about the life cycle of a dog, we often forget about this first phase. However, it is a fundamental phase in the development of the life of a dog and any other species. The development of the fetus is strongly influenced by the internal environment of the mother. In fact, stress in the last trimester of pregnancy is related to the appearance of extreme behaviors in puppies after birth, such as:

This may also be related to a reduction in the puppy's ability to learn. For this reason, it is important that the mother is well-cared for during this phase and that her owners guarantee the following conditions:

In this way we ensure that the puppies have suitable conditions for their prenatal development and that the litter is born in optimal conditions.

For more information on the care of pregnant dogs, please take a look at this article on dog pregnancy – week by week.

Dogs are considered to be in the altricial phase from birth to about 2 weeks of age, which means that their nervous, motor, and sensory systems are not fully developed at birth.

Their sense of sight, hearing, and ability to regulate heat are barely developed, making the pups absolutely dependent on their mother for survival. At this stage, the sense of smell plays a fundamental role in establishing the mother-infant bond.

During this phase, the puppies should stay with their mother unless it is impossible due to her death or illness. The mother does not only give her puppies basic nutrition and care, but also protects them and gives them affection. Puppies can suffer serious consequences from lack of maternal influence at this stage, including:

Because puppies are immature, their behavior during this period will almost exclusively be related to sleeping and eating, as we will discuss below.

Handling the puppies in the neonatal period seems to accelerate the maturation of the nervous system, improve its resistance to stress, its ability to learn and its emotional stability. For this reason, it is advisable to gently pet puppies (e.g., by giving them small massages) during the first weeks of life, especially in the case of orphaned puppies or puppies born to mothers without maternal instincts. However, the degree of stimulation should never be excessive, as this can have very negative consequences for the puppies. If you want to learn more about how to properly train a puppy, we recommend this article on when to start training a puppy.

The next phase in the dog's life cycle is the transitional phase, which occurs between the second and third weeks of life and is characterized by rapid motor and sensory maturation.

In this phase, there is a very rapid change in the behavioral patterns of the puppy, which begins to exhibit behaviors more appropriate to adulthood or the mature puppy. During these weeks, the first exploratory behaviors and interactions between siblings can be observed, and play patterns emerge in the litter.

It is important to know that a puppy has different training needs than an adult dog. For this reason, it is very important that we know what to do and what not to do when training a puppy. For more information on this topic, see this article about the most common mistakes in puppy training.

It ranges from the 3rd to the 12th week of life and is characterized by a rapid development of the animal's behavior, especially in terms of its social behavior.

It can be said that the socialization phase is one of the most important phases in the life of a dog and undoubtedly the one that has the most impact on its future behavior and temperament. In this phase, the socialization of the puppy with its conspecifics and with beings of other species with which it lives (including humans) is crucial. Socialization can occur in the following ways:

In addition, it is essential for the puppy to become accustomed to all the creatures, places, and situations it will have to deal with in adulthood. In order to avoid abnormal responses to the surrounding environment, a puppy must be exposed to a wide variety of stimuli (so long as they are not threatening). By doing so, the dog will be able to deal effectively with new experiences as an adult.

To learn more about how to properly socialize a dog from an early age, do not miss this article on socialization of puppies and adult dogs.

It is the stage that develops from the 12th week of life until sexual maturity, which occurs at different times depending on the breed. In small breeds, puberty is reached at 6-7 months, while in large and giant breeds it can be delayed up to 18 months. In general, however, puberty is considered to begin when animals reach 85% of their adult live weight.

During this time, dogs are characterized by increased exploratory activity, particularly oral exploration, due to the appearance of permanent dentition. Motor skills and learning ability are also perfected at this stage. However, it can still be difficult at this stage to teach puppies complex tasks or tasks that require a lot of attention, as they do not tend to maintain their concentration for a very long period of time.

Dogs develop more mature and stable behavior as they get older. From this point on, cooperative and protective behaviors emerge and male and female dysmorphic behaviors become evident.

It is the longest period in the life cycle of dogs, as it extends from sexual maturity to the beginning of the mature or older stage.

Once a puppy reaches sexual maturity, it is considered mature from a physical point of view, but not from a behavioral point of view. There is still a period of about a year in which the animal develops its relationships with people, with other animals and with its environment. So we can say that within the adult stage there is a transitional phase from “sexual maturity” to full “social maturity”.

Dogs' behavior undergoes significant changes during this transitional stage, with aggressive and territorial behaviors emerging. These changes are caused by both the dog's knowledge acquired up to that point and its hormonal activity.

Once dogs reach social maturity, their behavior hardly changes unless they suffer from traumatic experiences or medical problems that affect their behavior. If you notice any strange behavior during this phase, for example, if your dog is suddenly fearful or behaves unusually, you should read the following article about My dog is suddenly afraid of everything.

Dogs reach the mature or older stage at different ages depending on the breed:

At this stage, medical problems related to the degeneration of the various organs and tissues of the animal often occur, with problems with the joints being particularly common. However, with proper care and quality veterinary care, mature dogs can continue to enjoy a good quality of life.

Behavioral changes are also common during this time. Some of these are due to medical issues, as the pain or discomfort associated with certain diseases can cause increased irritability or aggression in dogs.

However, not all behavioral changes are due to physical changes. Aging simply causes animals to have less energy and their activity level decreases. So, if you are wondering at what age dogs stop playing, you should know that the time and intensity of play usually decreases significantly from middle age.

In addition, it is common for dogs at this stage to have more difficulty adapting to changes in their environment and to become more dependent on their handlers. Their daily routines also become more important, and they become less tolerant of other dogs entering their personal space (especially strangers).

As you have seen, each stage of the dog life cycle is associated with a series of physical and behavioral changes. Providing care and an appropriate environment at each of these stages is critical to ensuring a good quality of life and optimal development for our dogs.

If you want to learn more about how to properly care for your older dog at this stage, we recommend the following article on how to care for older dogs.

If you want to read similar articles to Life Cycle of a Dog - Stages of Development, we recommend you visit our Prevention category.

Life Cycle of a Dog - Stages of Development 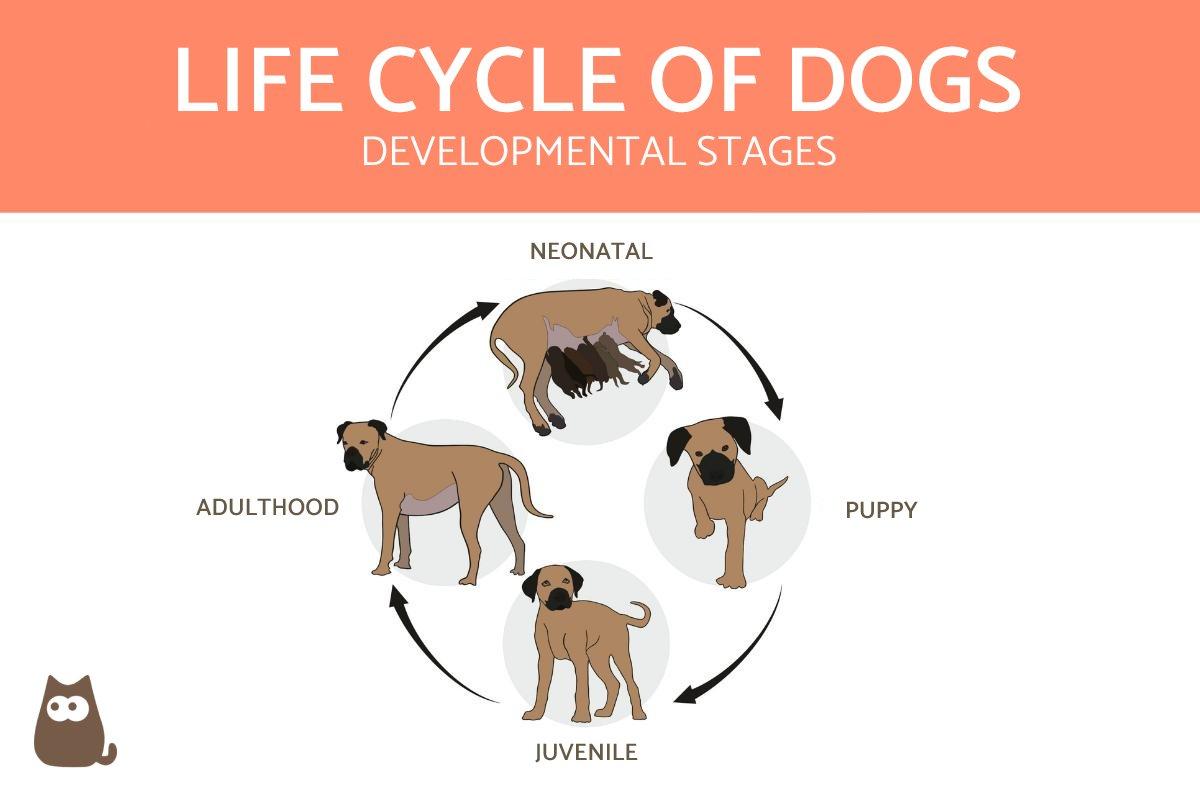 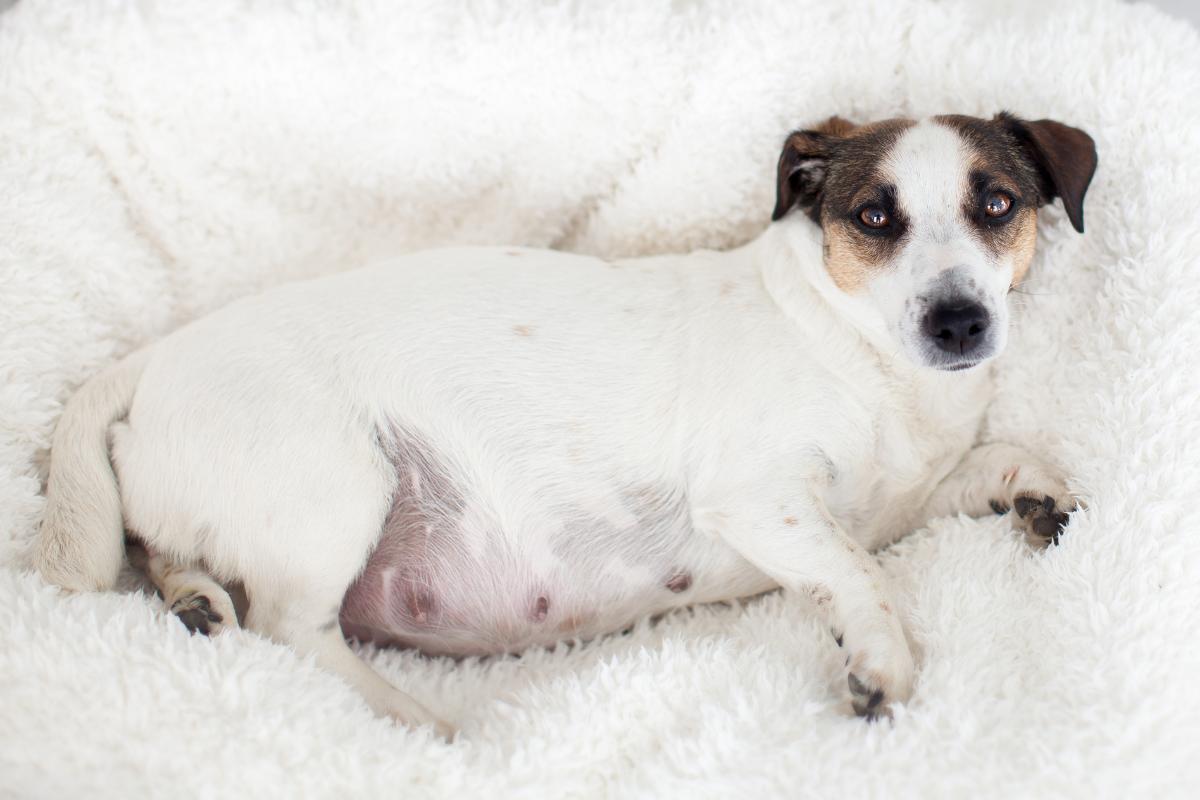 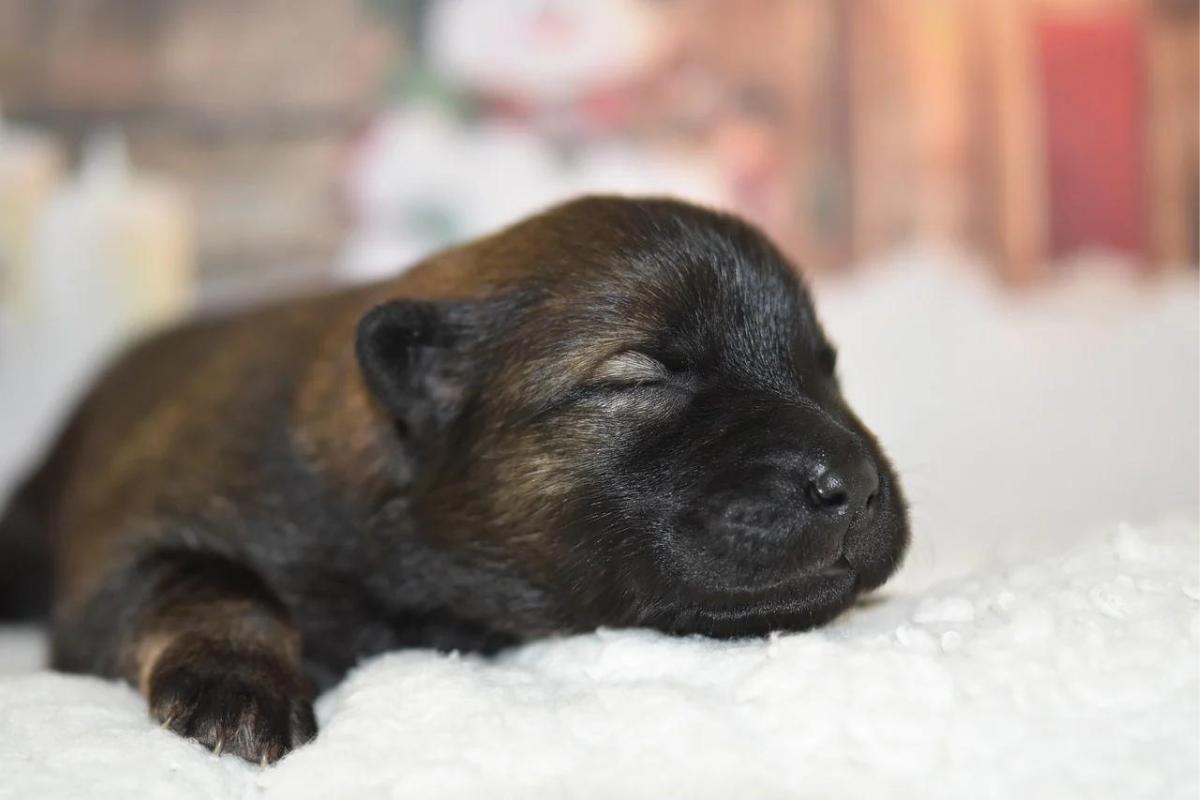 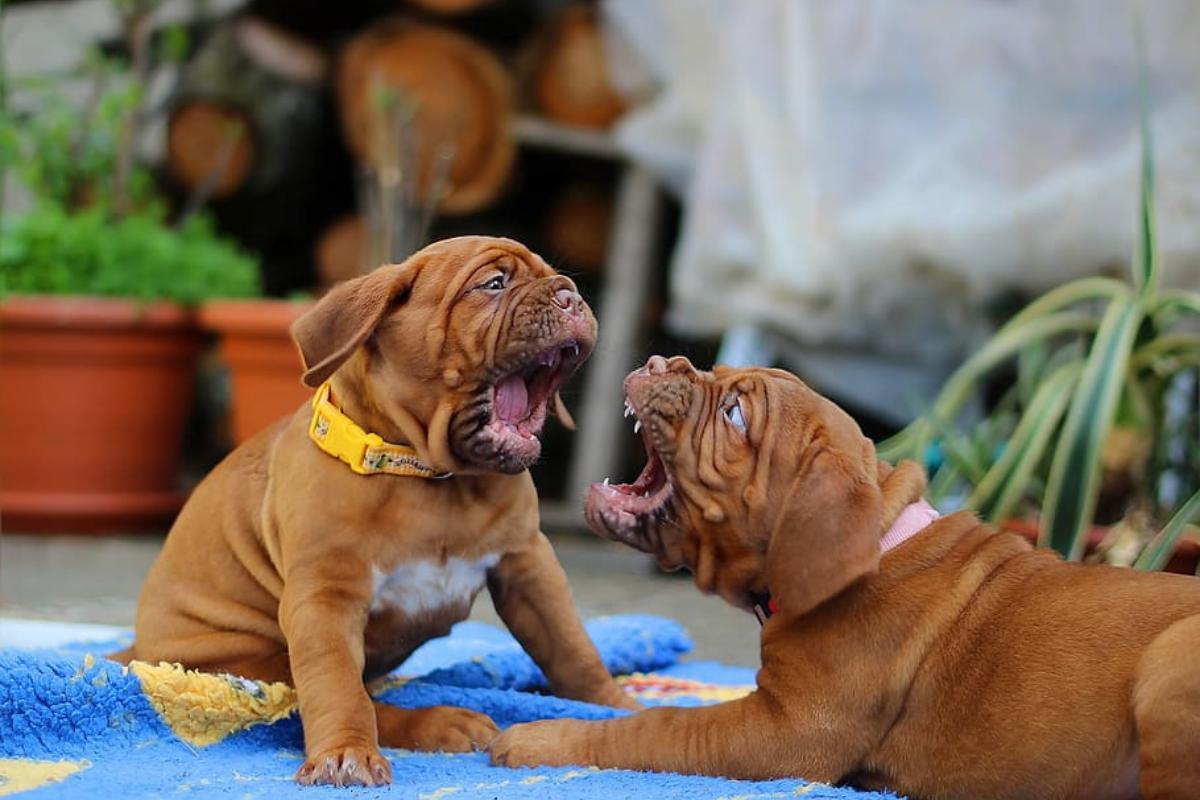 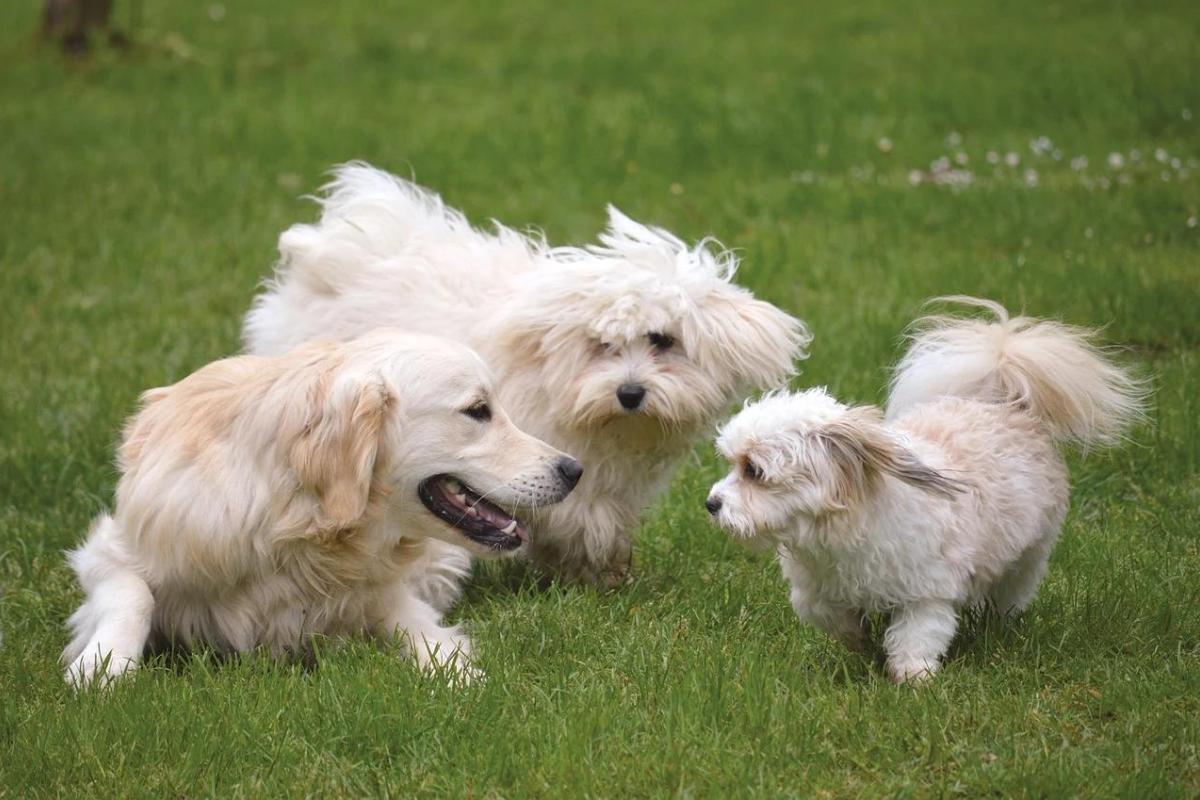 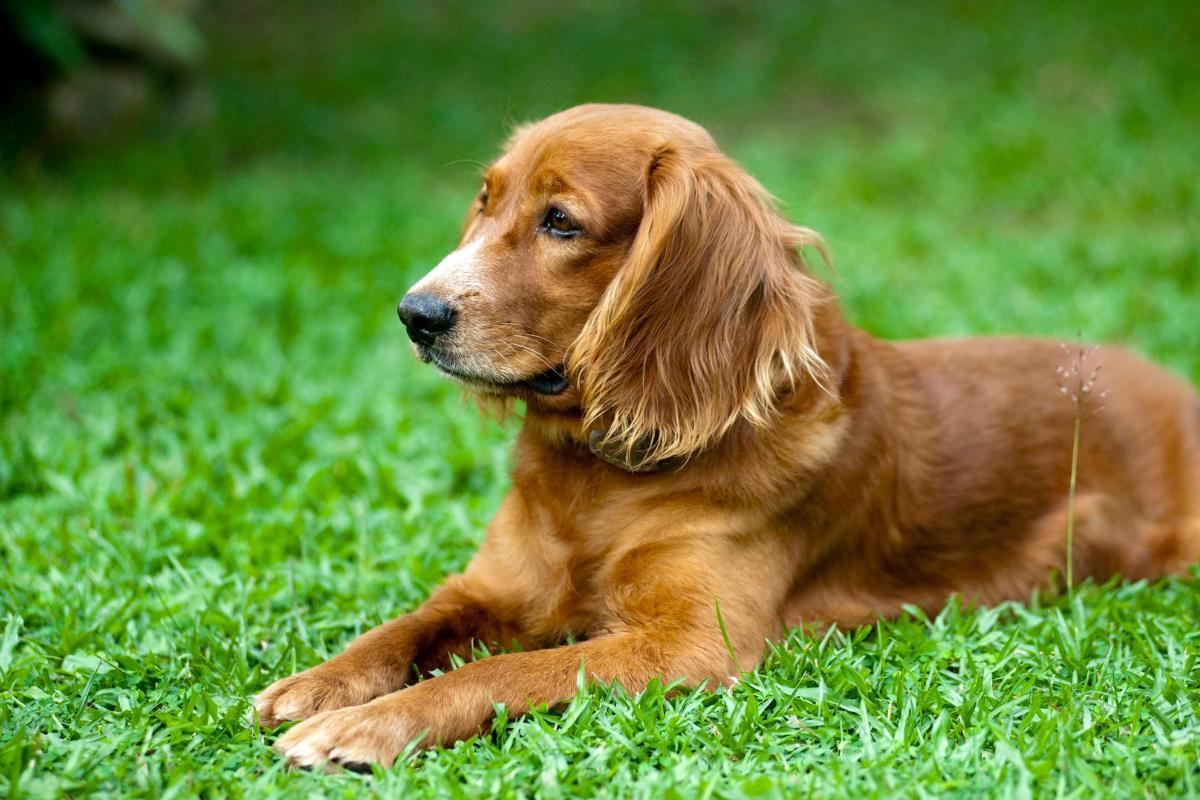 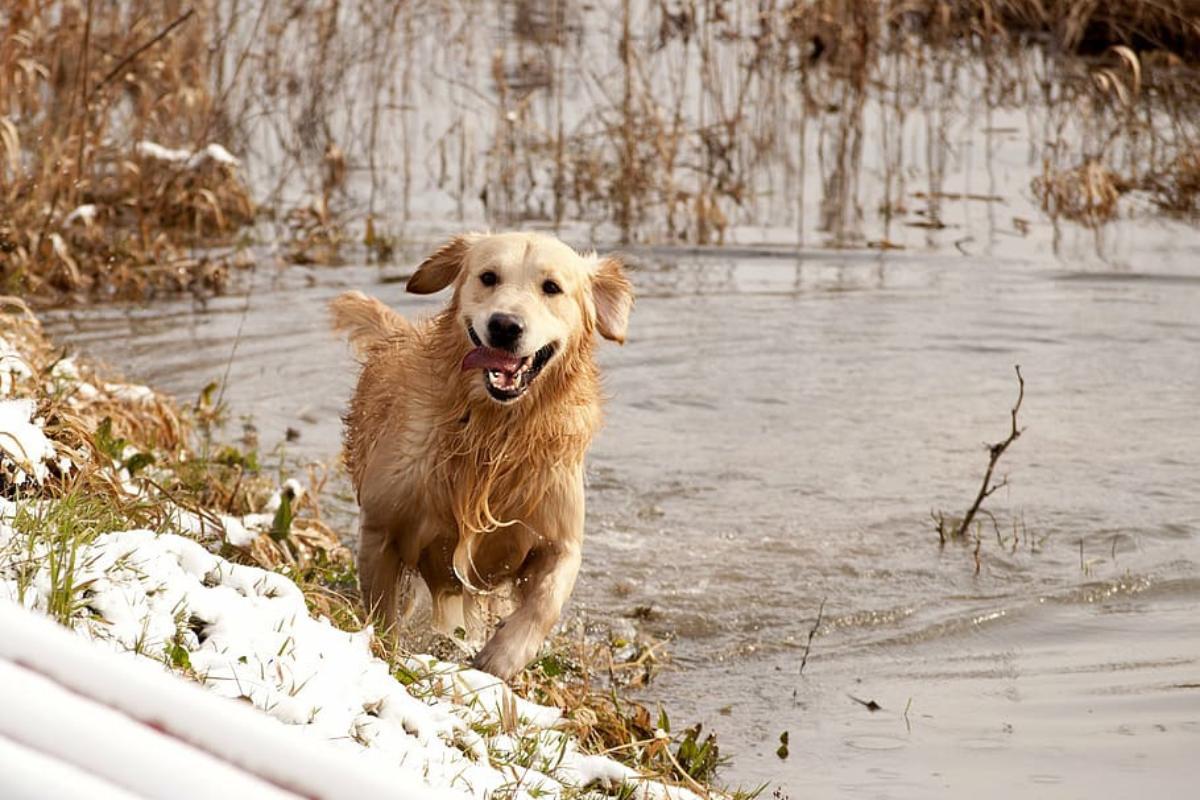 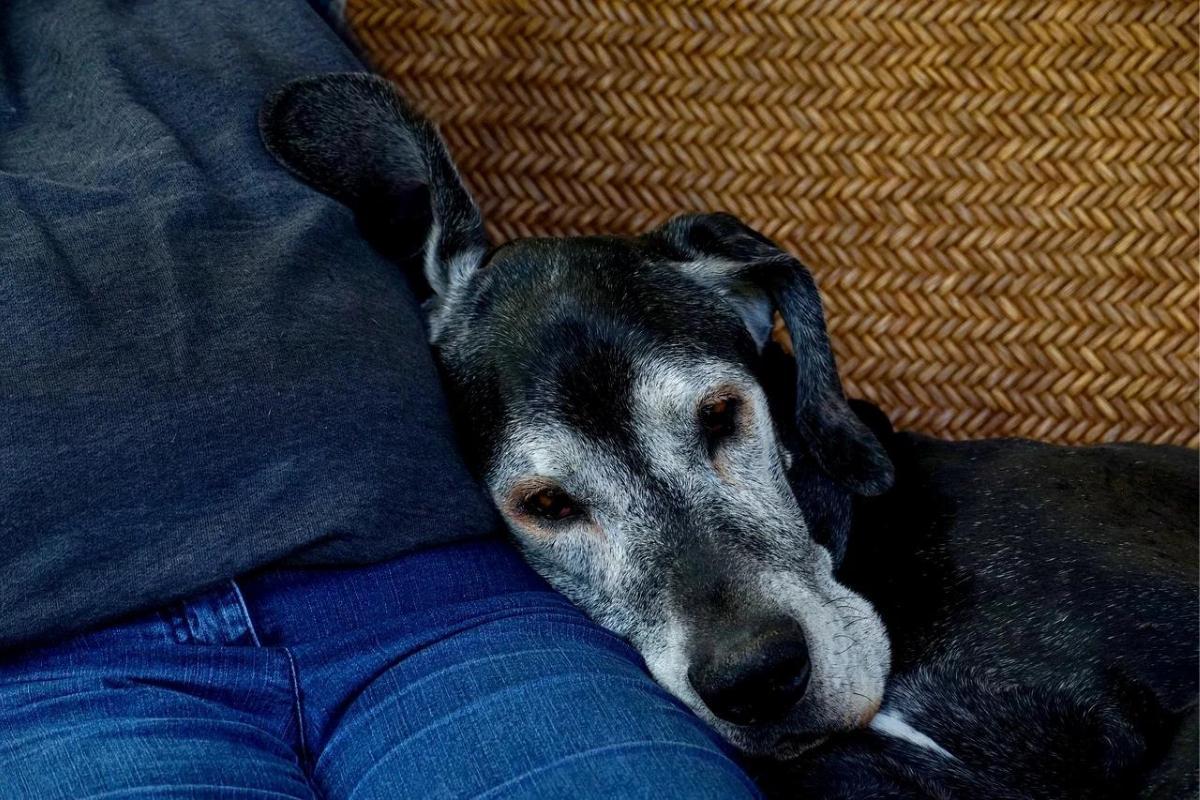