Parasites, both external and internal, are one of the main enemies when it comes to our pets' general welfare and health. But if we stop to think about how annoying it must be to have tiny beings proliferating in our ears or skin, we can understand how important it is to know everything about mites on cats, their symptoms, treatment and contagion.

To do this, AnimalWised offers you this content as a general guide, to prevent this annoying infestation, or to stop it if it is already present in our pussycat.

You may also be interested in: How Do I Know If My Rabbit Has Mites?
Contents

The most common mite: Otodectes cynotis

This mite (a species of tiny spiders that seem to have the gift of ubiquity, as they are adapted to all possible environments), lives in the ears of dogs and cats, but may be the most common external parasitosis diagnosed in cats,along with pulicosis. Their life cycle lasts about three weeks:

They live about 8 weeks, but they dedicate their whole time to intense reproduction.

Their color is whitish, and females are twice the size of males, but in no case exceed 0.5 mm. However, we can not catalog them as microscopic, because if you have a cooperating cat and good eyesight, you can spot them with relative ease by using an otoscope.

Although its habitat is the ear canal, in severe infestations it can spread to a wider area of ​​the head's skin and face of our cat, and it is sometimes possible to detect some specimen lost around other areas of the body, although finding them around these area is usually anecdotal. It appears most frequently in the upper part of the tail, due to the cat's habit of sleeping coiled.

It feeds on the outer surface of the auditory canal skin (it does not dig galleries) and its saliva leads to irritation and itching, causing hypersecretion of the glands in the ear.

Otodectes cynotis is one of the main causes for otitis externa in cats, especially in young kittens. The symptoms are easily recognizable and there is no need for a massive infestation to see that our cat is suffering from them. In addition, there may be cases of hypersensitivity to these parasites (as with fleas). The most frequent and characteristic are:

These symptoms do not always appear, and as mentioned, there is not always a correlation between the degree of parasitism and the intensity of the symptoms.

How to know if a cat has mites

Because it is one of the most frequent parasites in cats, our veterinarian will perform an examination of your cat's ears each time, as he/she will able to see this mite with the naked eye if the vet has enough time and our cat is calm. They often introduce the otoscope without light, illuminating it once inside, to catch the intruder by surprise, so it doesn't have time to hide in the secretions.

However, if secretions appear and no mites are detected, samples will be taken with a swab and, under the microscope, the vet will be able to spot both egg, hexapod larvae (3 pairs of legs) and adults (4 pairs of legs). Sometimes a drop of oil is used in order to lubricate the secretions, quite dry, and facilitate the exit of these arthropods from the hiding place.

Even though you do not see any intense secretions, or if they do not appear in a first check-up, if we continue to notice significant discomfort in our cat, our veterinarian will insist on finding isolated specimens that may be causing a hypersensitivity reaction.

The fact of a vet not finding them in a first review, does not mean that they are not there, and that is why it is very important to explore the ear at each visit, especially in the first months of our cat's life.

In addition to the miticide treatments, it is vital to clean the secretions with a suitable cleanser, a minimum of twice a week at the beginning. These cleansers are usually oily so they can help get rid of the parasites mechanically (drowning them), an extra aid to the antiparasitic that we should apply to our cat.

A small inconvenience is the accidental entry of cleansing oil drops into the cat's eye, which is why it is advisable to be very cautious, and also the possible occurrence of a Horner Syndrome, which is secondary to a cleaning. However it is rare, and the benefits of cleaning, outweigh the drawbacks.

If there is a secondary fungal or bacterial infection, treat it with specific products. There are aural suspensions that combine antifungal and antibiotic properties. Sometimes they are trusted to have miticidal power but it is in fact not so. Its effect against mites lies in the ability to drown them. But it is sometimes a short treatment and some mites may survive, so the use of a selamectin pipette is necessary, combined with the infection treatment.

Intimate and direct contact is the route for contagion of mites on cats. We have all wondered how it is possible for our kitten, with only two months, to have mites. Probably, the cat's mother was suffering from them and, in their upbringing, they were transmitted to the whole litter. During that time there is close contact between kittens and mother, with continuous cleaning included and mites, like lice in children, soon reach the ears of all cats.

Although they can survive outside the ear canal for up to 10 days, contagion through fomites (objects like blankets ... etc) is very unlikely, although it is not ruled out. However, they can proliferate a fairly unhygienic environment or if it is a severe infestation.

We usually associate these parasitism with feral cats, but it is quite common to find cats from excellent breeding grounds with a significant load of parasites in their ears, so we should never rule out this problem. In some cases they suffer for years, as they can be confused with the typical ceruminous secretions in some furry cats: Persians, exotic breeds ...

Can dogs get cat mites?

If there has been good connection between our cat and our dog and they spend the day together, playing, sleeping and grooming, we should check the ears of all our animals. Not to mention ferrets!

An erythematous lesion may appear in the arms by direct contact, but again the environment and degree of infestation would have to be extreme. It is not ruled out in cases of overcrowded cat spaces, or any person who may have hypersensitivity to Otodectes cynotis and has the misfortune to get in contact with a lost specimen.

Other mites in cats

We will briefly summarize the other common mites in cats, as they are less frequent in proportion but equally important:

If you want to read similar articles to Mites on Cats, we recommend you visit our Parasitic diseases category.

My Rabbit Has Dry Skin - Mites and Skin Disease
How to Get Rid of Hamster Mites - Symptoms, Treatment and Home Remedies
My Guinea Pig Has Mites - Symptoms, Types and Treatment
Scabies (Mange) in Cats
Related categories
Skin problemsVaccinationPregnancy problemsEye problemsPreventionViral diseases
Most read
1.
What to Do if My Dog has Something Stuck in his Throat?
2.
My Dog Keeps Licking Her Private Area - All Possible Reasons
3.
My Dog Is Bleeding from His Penis
4.
My Dog Has Pus Coming From His Penis
5.
Why Does My Cat Push Out His Penis and Lick It?
6.
My Dog's Poop Starts Solid Then Goes Soft
7.
My Cat Has Liquid Coming From Their Anus
8.
My Dog Keeps Making a Gulping Sound
Notoedric Mange in Cats (Notoedres Cati) - Symptoms and Treatment
Lice in Guinea Pigs - Symptoms and Treatment
Natural Remedies for Flies on Horses
Scabies in Dogs
External Parasites of Dogs
Mange in Guinea Pigs - Symptoms & Treatment
How Do Dogs Get Demodectic Mange?
What is Giardia in Cats?

3 comments
Rating:
Susan
23/06/2022
Thank you very helpful. It would be additional help to list infestation on humans who have multiple cats - how to get rid of the mites in the household.
Rating:
Cynthia Mott
20/03/2022
Very good article. Got the most information here.
RIMES
27/09/2017
Informações valiosas. Grato por compartilhar 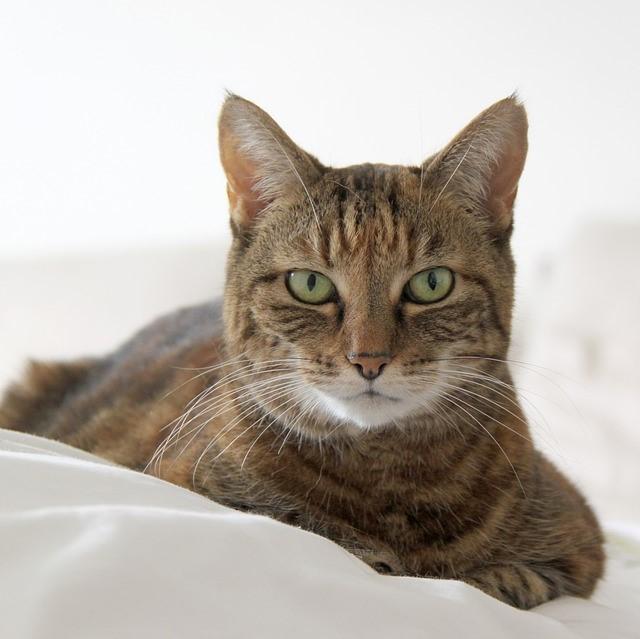 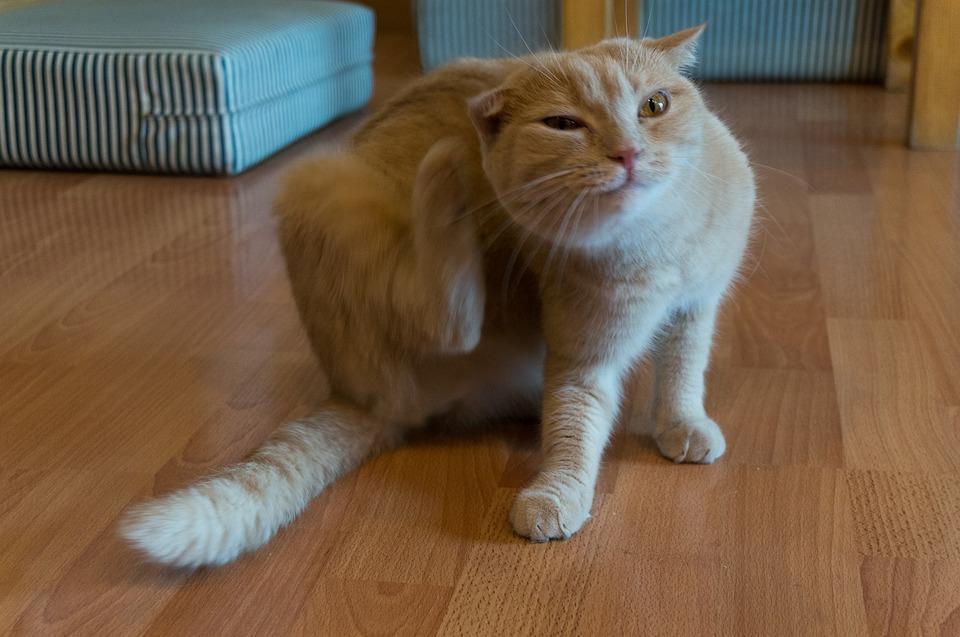 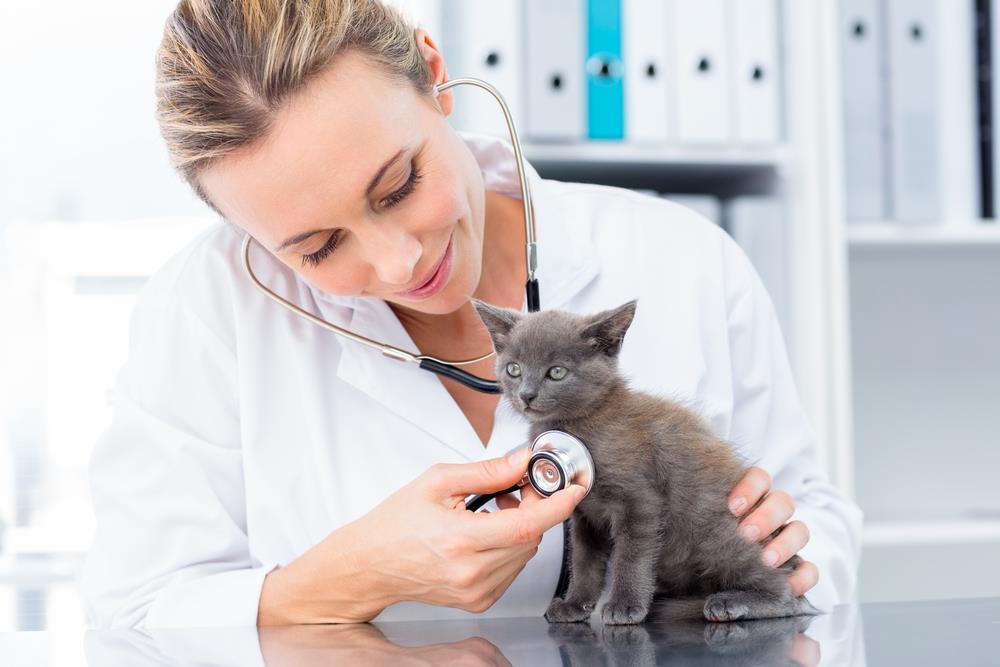 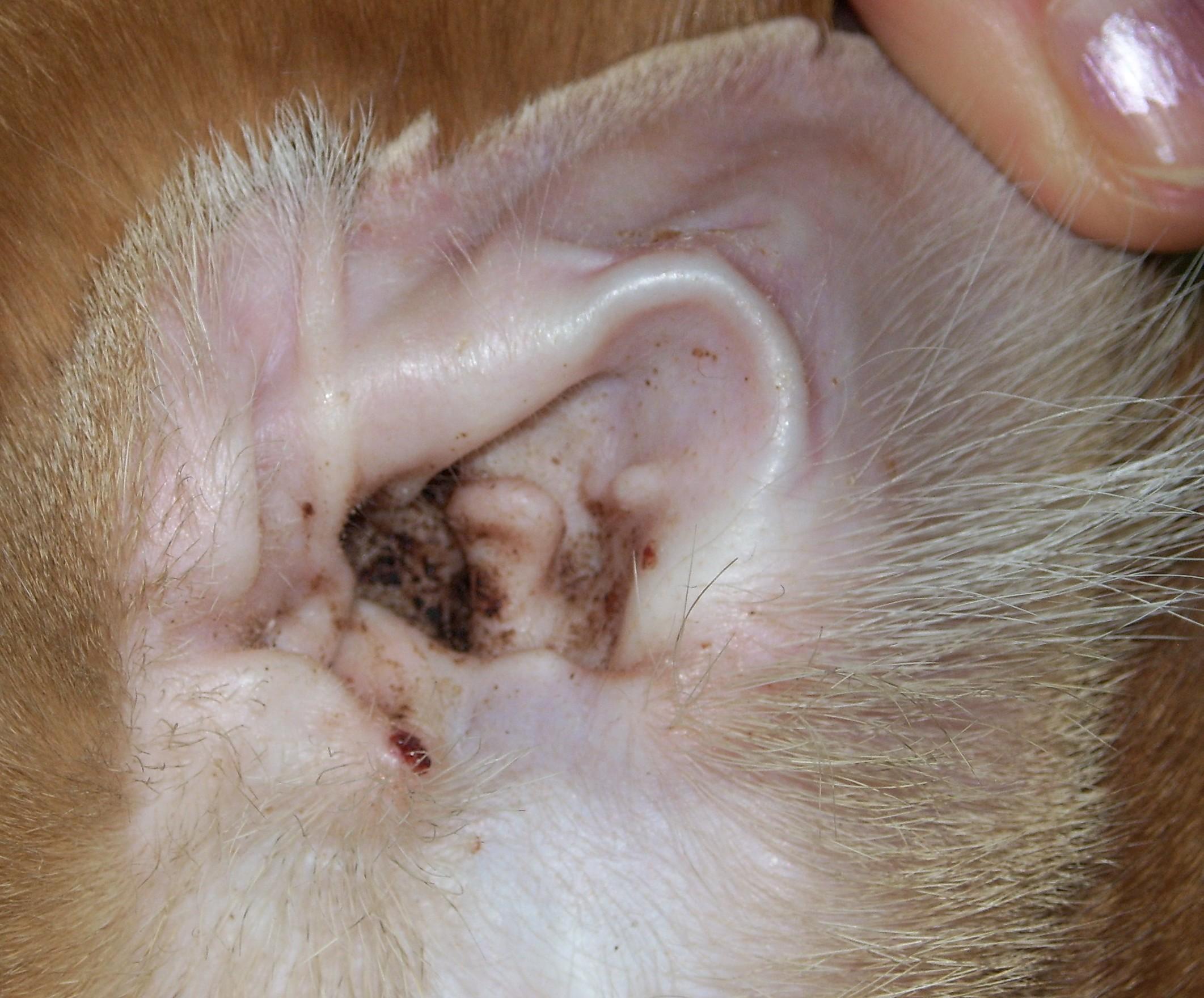