My Cat Has Lost Their Voice

Some people may not equate a cat as having a 'voice', perhaps because their language is different from we humans. But a cat's vocalization is just that; their voice. Feline communication is diverse and particular, with their voice being a very important aspect. They use it in various ways to express an entire spectrum of emotion and sentiment. When communicating with humans, meowing is an important tool for communicating, especially when the cat is in need of something. How much a cat will meow depends on individual factors, but when a cat can't meow at all, there is a reason behind it.

At AnimalWised, our article on ‘my cat has lost their voice’, we look at the reasons why a cat's meow is raspy or gone completely. We also see what we need to do about them by showing their different treatment options.

You may also be interested in: My Dog's Bark Has Changed
Contents

Why doesn't my cat meow?

When a cat loses its voice, it becomes raspy or all your hear are squeaks, it is understandable we might think something is wrong. The main reasons a cat can't meow include:

You may already be aware how important the role a meowing plays in your relationship with your cat. When paying attention to you, cats do not necessarily understand the literal meaning of your words. Although, it has been shown that cats are able to understand their own name[1]. In most cases, they listen to the pitch, loudness and intonation of these words. In a similar way, when a cat is using their voice to us, we need to look at the overall context of the situation to understand what they want to say.

Understanding what a cat means is easier said than done. A recent study showed that whether you live with a cat isn't a good indicator of ability to understand what they want[2]. Perhaps unsurprisingly, veterinarians were the best at discerning cat facial expressions. Outside of a professional qualification, being female and/or young made you more likely to understand whether a cat was happy or unhappy.

The above study only used pictures of a cat's face, reinforcing the importance of listening to a cat's meow. While a cat's meow has many variations, it is also important to know that the cat has many vocalizations. They might purr, chirrup, grunt, mew or make other sounds. When the cat loses their voice, it affects their communication with us, potential mates, threats or anyone they might encounter. This puts their welfare at risk, so diagnosing the cause of their lost voice and implementing treatment is essential.

Laryngitis is not a disease in itself, but a medical which occurs as a symptom of some other underlying health issue. As with all conditions ending in -itis, laryngitis is an inflammation, specifically inflammation of the larynx. The larynx is commonly known as the voice box and affects pitch and volume of a cat's vocals.

A cat may lose their voice due to laryngitis because the inflammation makes manipulating the vocal chords difficult. Since pitch and volume are affected, the voice can sound raspy, very low or pretty much disappear altogether. When a cat's voice becomes hoarse it is known as dysphonia, a symptom of laryngitis. Other symptoms include coughing, trouble swallowing and dyspnea (shortness of breath).

Laryngitis can be chronic, usually related to an underlying cause. Acute laryngitis can seem dramatic, but most cats recover from the condition[3]. Causes include bacterial and viral infection, as well as allergies and acid reflux. For the latter, a cat eating too much or too fast can be at fault.

Symptoms usually begin with panting and a hoarse or raspy meow. Since obstruction is the problem, it should seem like the sound is coming from the throat. Stridor is also related to laryngeal paralysis. As opposed to a hoarse voice in cats, stridor means the pitch is raised high and there the voice sounds squeaky. As the paralysis progresses, and since the vocal cords are on the larynx, the squeaky voice could result in a lost voice all together.

Causes of laryngeal paralysis in cats are usually idiopathic, i.e. we do not know why it occurs. However, trauma to the larynx, muscular disorders and even genetics may play a part. Treatment will depend on the individual and how far the condition has progressed. Generally, cats with less severe clinical signs can be treated medically, but severe cases may need surgical intervention[4].

As the larynx is part of the upper respiratory tract, laryngitis is included in this group of conditions. However, there are many different infections which can affect the upper respiratory tract and cause a cat to lose their voice. One of these infections is the common cold, a problem not directly caused by cold weather, but potentially exacerbated by it. Often the cat will only have a runny nose, but not show many other symptoms. A lost voice only usually happens in acute cases.

Feline influenza is another type of upper respiratory infection, but it is much more concerning. What we refer to as cat flu is usually caused by two viruses, feline herpes virus (HVF-1) and feline calcivirus (FCV). Feline herpes virus results in a condition known as rhinotracheitis, something which is both very infectious and potentially life threatening. As the problems are viral, there is no actual treatment for the virus themselves. However, we can help treat related symptoms and help to strengthen their immune system.

As upper respiratory tract infections often come from interactions with other cats, it is imperative that outdoor cats are well-protected. This means full vaccination and deworming schedules need to be implemented since the cats are kittens. If your cat stops meowing and they have not been vaccinated, you should know these serious conditions are possibilities.

Another reason a cat can't meow is because of growths or tumors on the cat's vocal chords. Growths are generally known as neoplasms, i.e. abnormal build up of tissue. However, when they grow on the mucus membranes, they are known as polyps. Since the vocal cords (also known as vocal folds) are made of mucus membranes, polyps can occur here. If they are benign, they can still be the reason for a lost voice in cats. If they are malign, they are cancerous and potentially life threatening.

Polyps on a cat's larynx can be the cause of a cat's voice being very low, raspy or going completely. They will need to be treated surgically and may involve chemotherapy or other cancer treatments.

The reason a cat may cause such noise is likely due to being overly frightened. If they are in a confrontation with another animal, whether a predator or a rival cat, they may meow fiercely to show dominance or scare them off. If they are trapped somewhere and they can't get out, they may damage their vocal cords to try to get help. It is unlikely this problem will be prolonged, but if the cat's voice does not come back in a couple of days you should take them to see a veterinarian.

While the most common reasons a cat will have lost their voice is due to a physical problem, mental well-being may also be the root cause. In these circumstances it is not that the cat cannot meow, but that they are not doing so. Certain circumstances can result in the cat generating high levels of stress and anxiety. These circumstances may include:

If your cat has lost their voice, but seem otherwise physically fine, it is possible stress is the cause. You will need to take your cat to the veterinarian to rule out the possibility of a physical problem, but they will also be able to advise you on how to deal with stress in your cat.

To get an idea of what with a raspy and nearly lost voice sounds like, you can check out this video from YouTube user James Ooi below: 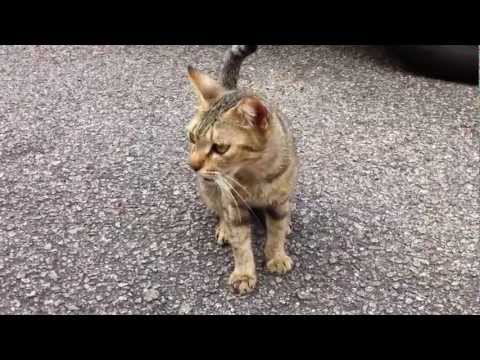 If you want to read similar articles to My Cat Has Lost Their Voice, we recommend you visit our Other health problems category.

My Cat Has Lumps Under Their Skin
My Cat Has Crystals in Their Urine
My Cat Has a Lump on Their Neck
My Cat Has No Bladder Control
Related categories
Hereditary diseasesNeurological diseasesViral diseasesBacterial diseasesInfectious diseasesEye problems
Most read
1.
My Dog Is Bleeding from His Penis
2.
What to Do if My Dog has Something Stuck in his Throat?
3.
My Dog Keeps Licking Her Private Area - All Possible Reasons
4.
My Dog Has Pus Coming From His Penis
5.
Why Does My Cat Push Out His Penis and Lick It?
6.
My Dog's Poop Starts Solid Then Goes Soft
7.
My Cat Has Liquid Coming From Their Anus
8.
Why Is My Cat Vomiting White Foam?
My Dog Lost a Tooth - Causes and Treatment
My Dog Has a Cut in Their Mouth
My Dog Has a Lump Near Their Anus
My Dog Has Crystals in Their Urine
My Cat Has a Swollen Nose
My Cat Has Cold Ears - How Do I Know if My Cat Is Cold?
My Cat Has a Wet Nose
My Cat Keeps Scratching Their Ears

My Cat Has Lost Their Voice 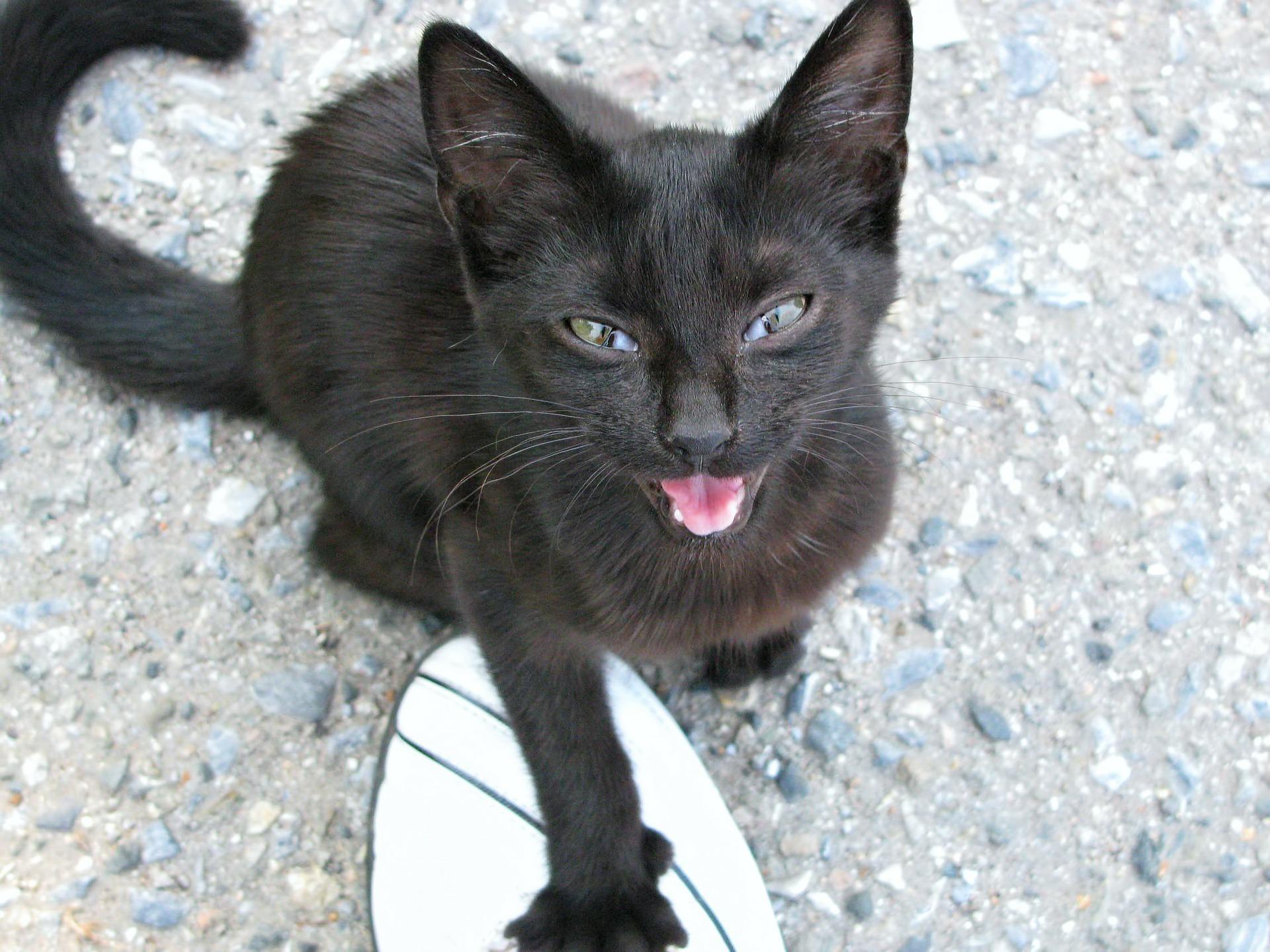 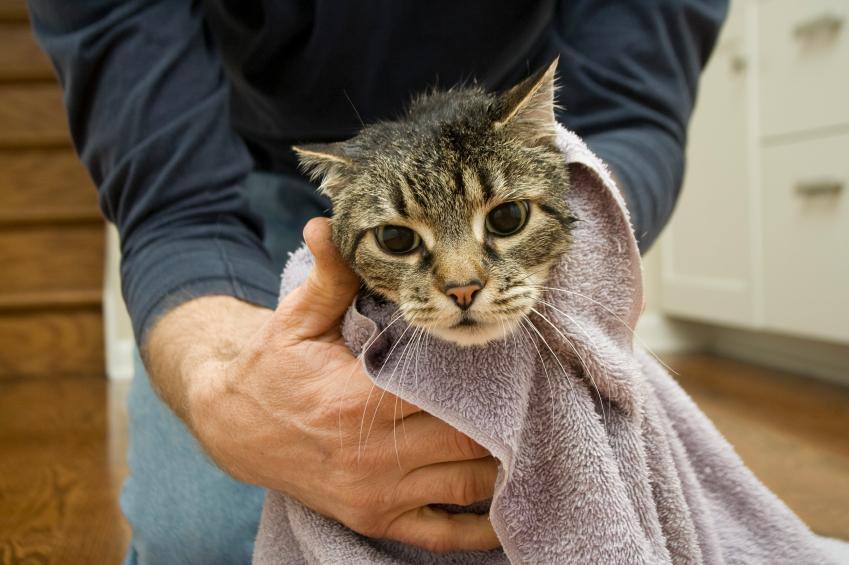 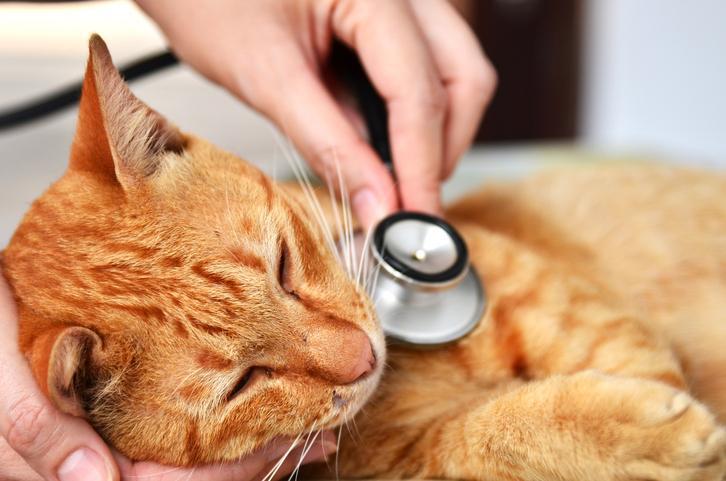