My Dog's Bark Has Changed 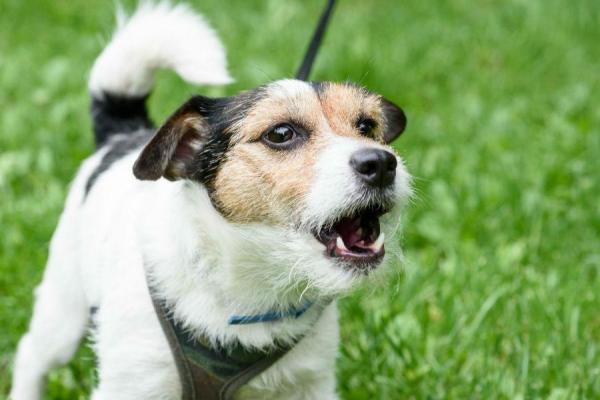 Our dog's vocalizations reveal a lot about their well-being, but they are not always easy to interpret. For example, a loud bark can be an expression of joy as much as it can be an expression of fear. Changes in vocalizations don't always signify an emotional response. When we hear our dog coughing, we should consider whether they have an illness. When a dog's voice is hoarse and not clear as usual, they are said to have dysphonia.

At AnimalWised, we look at why my dog's bark has changed. We look at dysphonia to understand the reasons why a dog has a hoarse bark and what treatment options may be available.

You may also be interested in: My Male Dog Has a Swollen Nipple
Contents

Why does a dog's bark change?

Also known as the ‘voice box’ in humans, the larynx is lined with mucosa, but it does not have cilia (the tiny hairs which help movement within the ducts). Although the larynx is supposed to have a layer of thin mucus to protect the larynx and help it function, when thicker mucus appears, the lack of cilia means it can be difficult to move it.

Additionally, the larynx is the most sensitive area in terms of coughing. By simply placing a finger on the laryngeal area, we can provoke the swallowing reflex and gagging. This also happens when pressure is placed on the area from outside, such as what happens when a leash pulls against their collar. Take a look at why dogs dry cough and gag to know more.

It is the condition of the vocal cords and larynx which change the dog's bark and cause them to be hoarse (dysphonia) or lose their voice altogether (aphonia). The reasons behind this change in bark tone, volume and intonation can be due to various pathologies or other circumstances. We should note the difference between a sudden change in a dog's bark or a progressive development of hoarseness.

Below, we look at individual reasons why a dog' bark changes in more detail.

When the laryngeal mucosa become inflamed and swollen, it is known as laryngitis. The main symptom of laryngitis in dogs is a change in the dog's bark, usually becoming hoarse or being lost altogether if there is sufficient inflammation.

Pathological causes of laryngitis in dogs are varied. Acute infections are some of the most common. Whether viral, bacterial or fungal, when an infection reaches the larynx, the inflammation leads to hoarseness, often exacerbated by high mucus production. When the dog is immunosuppressed for whatever reason, this can also lead to inflammation in the larynx as the immune system tries to fight infections.

There are some common infections which can make a dog's bark become hoarse. One such infection is kennel cough in dogs. This is an infectious form of bronchitis which can be spread easily to other dogs. This and other respiratory infections in dogs should be suspected if other dogs in your family start losing their bark.

Treatment of laryngitis will depend on the underlying cause. For example, bacterial infections may require antibiotics, whereas treatment of viral infections are usually limited to symptom management.

Another reason for laryngitis in dogs and a change to your dog's bark is excessive barking. If your dog barks all night or seems to bark at nothing very easily, they can become hoarse. This is similar to humans speaking too much or shouting in a loud area.

The reasons why a dog barks a lot are multifaceted. Some dogs have a predisposition to barking due to their genetic inheritance, with some breeds being naturally more vociferous than others. This is only a small part of why dogs bark. Their socialization, their experience, their treatment, their routine and much more influence how much noise they make.

If a dog is bored and frustrated, they will bark at any stimulus which enters their environment. This is because they are lacking mental stimulation. If they have been poorly socialized, they will bark at anything which comes near them due to a fear of the unknown. Sometimes there might be exceptional circumstances which results in the dog barking a lot, such as during a storm or similar traumatic event.

Since the result can be inflammation of the larynx and a hoarse bark, we should find out how to treat the underlying problem. If you are unable to determine or treat the problem, you should speak to a dog trainer or canine ethologist.

But sometimes the dog has stopped barking or becomes hoarse without sustained vocalizations such as barking or coughing. In these cases, the dog may be facing laryngeal paralysis. This disorder mostly occurs in geriatric senior dogs which are large in size. It is a more common health problem in breeds such as the Labrador Retriever, Golden Retriever, Irish Setter and Saint Bernard, among others. In breeds such as the Siberian Husky or the English Bull Terrier, it is considered a hereditary defect.

The clinical picture of laryngeal paralysis is composed of the following symptoms:

Our veterinarian can diagnose this condition by direct observation of the vocal cords with the help of a laryngoscope. The vocal cords will appear joined in the middle, when they should be separated. This manages to narrow the respiratory passage at larynx, causing hoarseness. Treatment involves surgical intervention. In some cases, the vocal cords will need to be removed and the dog will stop barking permanently.

There are many different symptoms of gastrointestinal disease in dogs. While vomiting and diarrhea are common, there are many others which may not be as directly obvious.

Canine gastritis, acid reflux and other digestive issues can cause the dog to vomit gastric acid. Since the larynx is located at the back of the throat, it is possible vomiting and acid reflux can cause harm to the vocal cords. The result is the dog becoming hoarse, especially if the problem is chronic. Treating the underlying reason for the gastrointestinal issue will be the way to treat the problem.

Although inflammation can occur due to viruses and other more common pathologies, it is also possible neoplasia can develop on the larynx. In these cases, they are known as polyps as they are abnormal growths which develop from mucosa. Polyps may develop as a result of excessive barking or even due to damage caused by a foreign object entering the throat.

Both benign and malign tumors (cancer) can also develop on the larynx. In these cases, you will likely observe other symptoms in addition to hoarseness in the dog's bark. You may see blood coming from the dog's mouth and may eventually see a weakening of their entire organism. Although laryngeal polyps and cancers are rare in dogs, they can be fatal[1]. This is another important reason why it is so important to take the dog to a veterinarian if our dog's bark changes either suddenly or progressively.

If you want to read similar articles to My Dog's Bark Has Changed, we recommend you visit our Other health problems category.

My Dog's Bark Has Changed 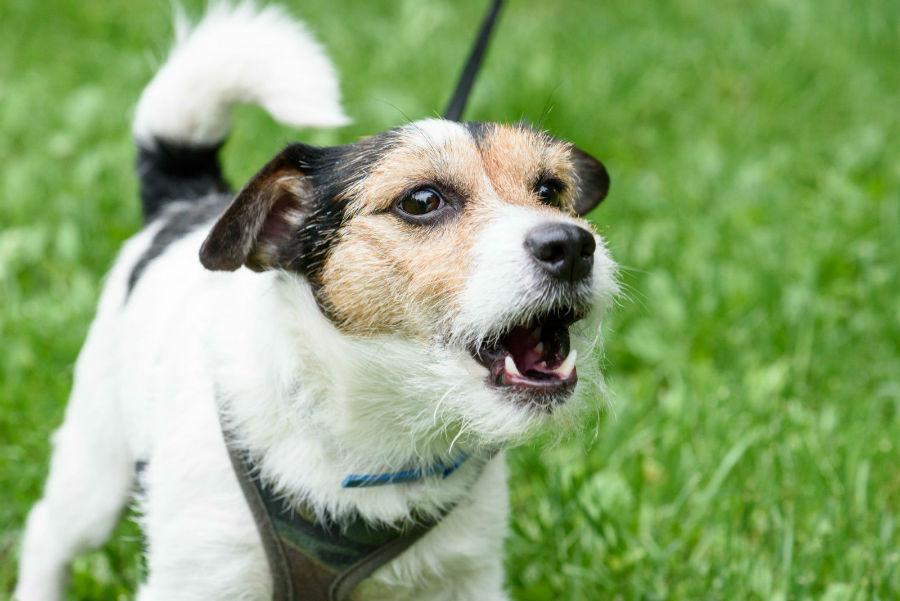 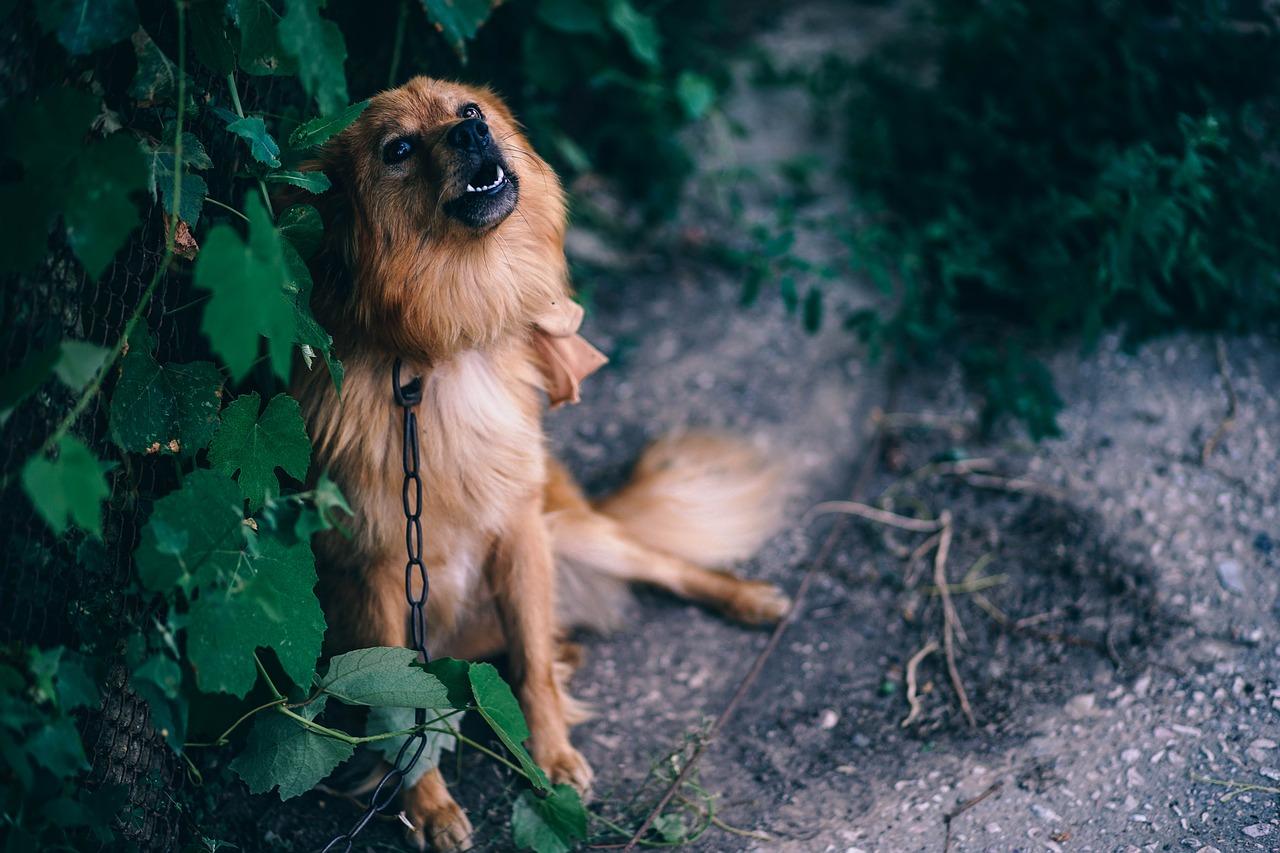 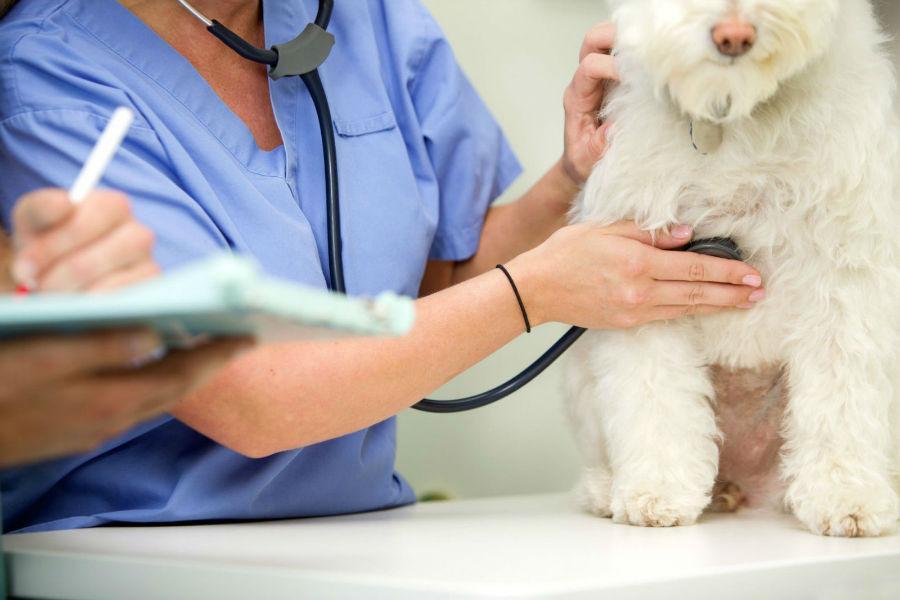 1 of 3
My Dog's Bark Has Changed
Back to top