While we may love our dog enormously, too many of us see petting them as a right rather than a privilege. Even though a healthy dog will want interaction, it doesn't mean they don't have boundaries. Dogs have sensitive areas on their bodies just like us. These are places where they either don't like to be touched or will only allow them to be touched in certain situations. Such areas include their ears, paws and underbelly, although they will all depend on the individual.

You may also be interested in: Why Doesn't My Dog Bark at All?
Contents

The anatomy of a dog's tail

There are many different types of dog tail, something which can make us confused about its anatomy. Some are long and fluffy, others short and stubby. A dog's tail is able to move, whether wagging from side to side or standing rigid. This ability to move makes some question what it is made of.

As with many animals with tails, a dog's tail is an extension of their spine. Like their spine, it is also made up of vertebrae, individual segments of bone which allow the tail to move. The reason why some dogs have smaller tails than others is an unfortunate result of human interference in dog breeding. Some breeders liked the stumpy appearance of a certain dog's tail and engineered breeds to show this trait.

The reason short tails are unfortunate is due to their purpose. Not only do tails afford dogs balance, they also are an important tool in communication. They will be moved into different positions which can send signals to other dogs, animals and humans. Each dog tail position can mean something different, but it needs to be considered in terms of the rest of their body language.

When a dog's tail is too short, it hinders their ability to communicate how they feel. This is another reason why dog tail docking, a process whereby the animal's tail is shortened surgically, is also a needless an cruel practice.

As we can see, a dog's tail is an important part of their anatomy which has various uses. Now we look at some reaons in more detail why a dog doesn't like their tail being touched.

While breed can influence a dog's traits and behaviors, it is only one part of what makes up their personality. Every dog is an individual, with experiences and upbringing being the most important factors in how they will behave. Some dogs are simply very sensitive animals. It is their nature and they will act in a way which relays this sensitivity.

This can be extended to how they feel when we touch them. Some dogs will not liked to be touched because they feel sensitive in a certain area. Although this doesn't have to be the tail, there is another reason why this might be the case. Since the tail is so close to the anus, it can feel extra sensitive and may even breed some insecurity.

The reasons a dog may feel sensitive toward having their tail touched don't have to make sense to us. They may be otherwise idiopathic, but we still need to respect their boundaries. Since there are many benefits to petting a dog, it is important we do it in a way that doesn't make the dog feel comfortable.

They have pain or itching

There is a difference between a dog never liking their tail to be touched and not liking the sensation all of a sudden. If your dog suddenly doesn't like their tail to be touched when they had not problem before, it might be something physical is wrong. In these cases, the first thing we should do is take them to a veterinarian to see whether they have an injury or agitation.

It is possible when we were last outside, the dog was bitten by an insect. This can lead to general itchiness of the area, but it can also cause welts or even an abscess if the bite becomes infected. They may have been bitten by a larger animal, something which can happen if they were in an altercation with another dogs. In these cases, bacteria from the dog's mouth or something in their environment can cause an infection. Infected bites or other wounds can be very painful for the dog, even if they don't show many signs of pain.

Similarly, it is also possible for the dog to break their tail. In fact, a dog's tail is relatively easy to break, especially if it is a long-sized tail. Breakages can occur if the tail is caught in a door, they fall awkwardly or they have any sort of trauma. For a tail to be broken, either the bones themselves break or the joints can dislocate.

Take a look at this article on what happens if your dog has a limp tail for related information.

If your dog never enjoyed their tail being touched, you might want to look at a more emotional reason than physical. One of the most common factors for a dog not wanting to be touched (whether on their tail or any part of their body) is when they have experienced trauma in the past. Fears, phobias and even pain can be due to a past traumatic event.

Have you had the dog since they were a puppy? If so, you will be the one to have raised and educated them. You should be aware if they have experienced a particular trauma. However, if you have adopted an adult dog, it is quite possible you won't know much about their history. If you adopted them from a shelter, it is possible the dog has been previously neglected, abandoned or abused.

While we cannot always know what has happened to our dog, if we think we have reason to suspect they have experienced trauma, we need to be careful. In extreme cases, we will need to speak to a trainer or canine ethologist who can help us to overcome their problems.

What to do if you dog doesn't like their tail to be touched?

Now we better understand why your dog doesn't like their tail touched, we can think about what to do about it. In many cases, we will simply need to respect their boundaries. We should never invade the dog's space or disturb their privacy. In cases where a dog has been abused, it is even possible they will react negatively and there is even a risk of attack. It is important to understand this is not the dog's fault, but the situation will need to be managed.

It is important to use common sense. If a dog does not like to have their tail touched, we need to be careful not to do so. We should never try to force interaction. We also need to be careful with other family members, especially children. Kids often like to pull on a dog's tail, even if they don't know what they are doing.

Of course, if the dog's tail is broken or has an injury, we will need to treat this problem. Take the dog to a veterinarian for diagnosis and follow their advice until the tail is healed.

Can we train a dog to like their tail touched?

It may be possible for a dog to understand we mean no harm if we touch their tail. As with all types of canine education, we will need to use positive reinforcement. If we provide the dog with a positive experience and touch their tail at the same time, over time the dog might become used to being touched there. It is possible for a dog to overcome trauma, but it will depend on the individual circumstances.

The major issue is how the dog reacts if their tail is touched. Some will not like it, but they will not react aggressively. If they do, it is important they are trained by a professional. Until the problem is resolved, they will need to wear a muzzle in public or around people they don't know.

For some dogs which are simply sensitive and do not like their tail touched, you won't need to train them. Simply avoid touching their tail and learn where they do like to be petted. Pet them in these areas and help your bond to strengthen.

Our article on where to pet a dog to relax them will help you learn where is best to touch your dog. 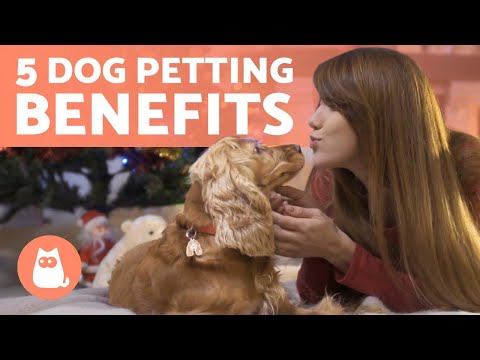 If you want to read similar articles to My Dog Doesn't Like His Tail Touched, we recommend you visit our Facts about the animal kingdom category.

My Cat Doesn't Purr - Reasons for Not Purring
My Dog Doesn't Like Me
Why Does My Dog Lay His Head on Me? - Canine Communication
Why Do Cats Not Like Their Belly Scratched?
Related categories
Endangered animals
Most read
1.
What Animal am I According to my Zodiac Sign?
2.
10 Most Beautiful Animals in the World
3.
What Does It Mean When a Cat Shows Up at My Door
4.
The 10 Most Solitary Animals in the World
5.
Top 10 Smells Dogs Hate
6.
How Many Types of Lions Are There?
7.
Why do Dogs Get Stuck when Mating?
8.
My Female Dog In Heat Won’t Accept A Male - Causes
Why Do Cats Like Boxes?
Best Dog Quotes - 60+!
My Dog Likes My Roommate More Than Me
What Does It Mean When a Cat Lets You Touch Its Paws?
My Cat Doesn't Like to Be Pet
Why do Dogs like the Sun?
Do Parakeets Like Music?
Why Is My Cat’s Tail Lifted Up? 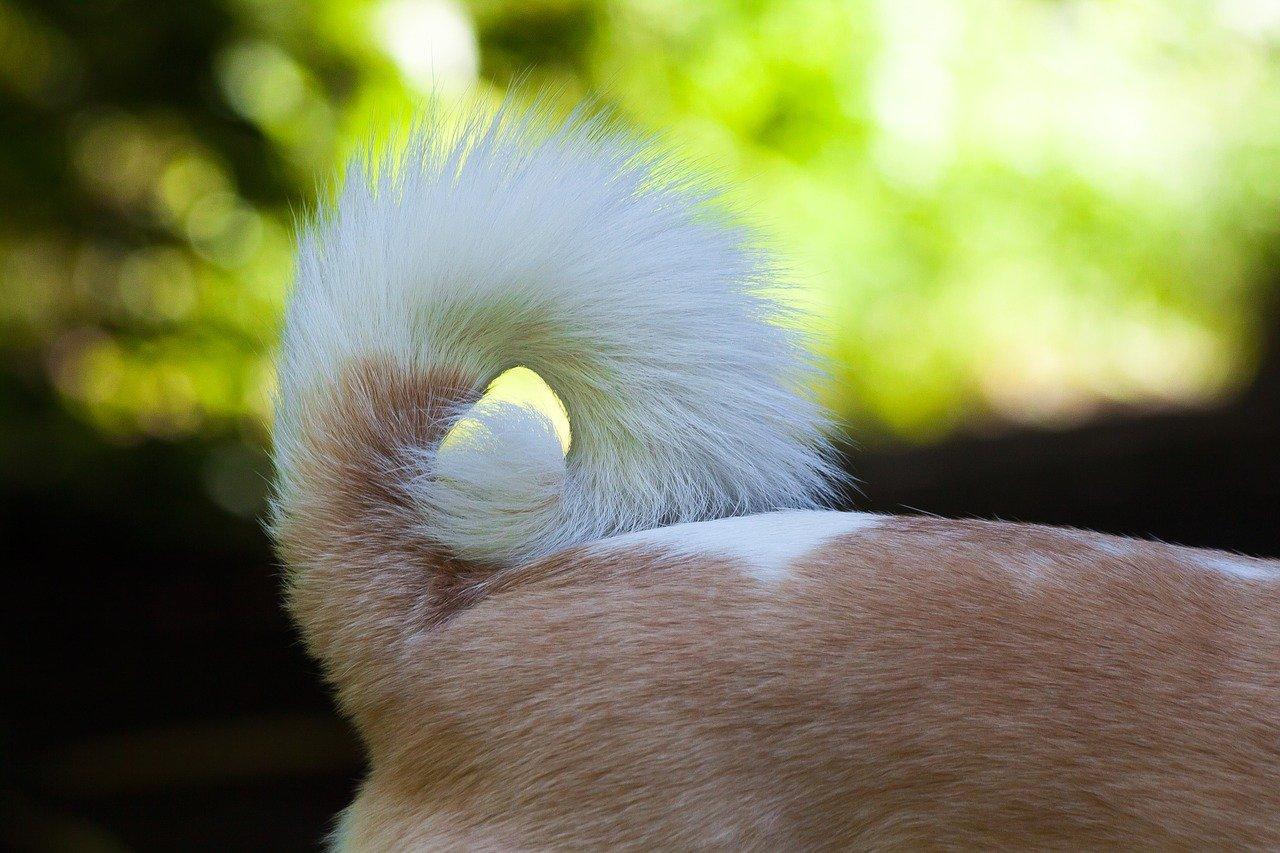 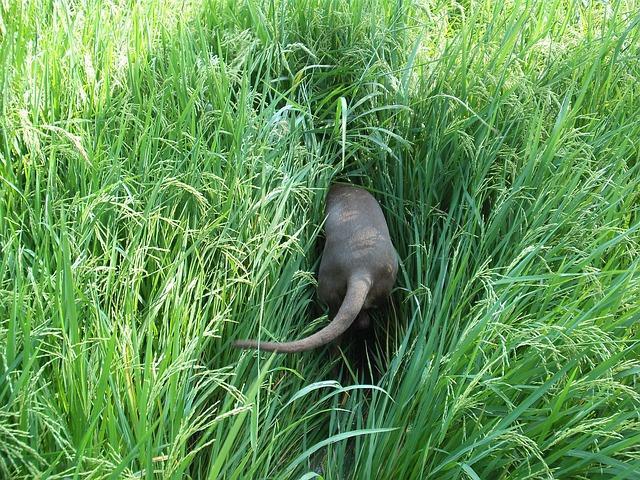