My Dog's Tail Is Limp - Limber Tail Syndrome in Dogs

A dog's tail is an important indicator of their mood. When the tail is in different positions, it will let us know if they are fearful, happy or a wide range of emotions. When we notice that the dog is not moving their tail for any reason and it hangs limp, we should know that is not normal. Some may think the tail is broken, which is a possibility. However, there is another more common reason for a limp tail in dogs.

In this AnimalWised article on my dog's tail has gone limp, we look at the different causes of this issue, specifically addressing limber tail syndrome in dogs. We explain the causes of this phenomenon and what we may need to do about it.

You may also be interested in: My Dog Keeps Chasing Their Tail
Contents

Why is your dog's tail limp?

The first thing we need to decide is whether your dog's tail is actually limp or simply down. As we have stated above, dogs use their tail as part of their body language, specifically as a mood indicator. When they are happy the tail may wag excitedly, when it is horizontal they may be in a state of alert. However, if they are anxious or even depressed, their tail can hang down. When very scared, they may even put it between their legs.

A dog with a tail hanging down is different to a dog with a limp tail. Rather than being an emotional response, if your dog has a limp tail it is because they are physically unable to move it. There are two main reasons why a dog's tail is limp:

Tail movement is very important to a dog as it helps to communicate their feelings. Our article explains why this is just one of the reasons tail docking and ear cropping are not advised for dogs.

What is limber tail syndrome in dogs?

Commonly known as limber tail syndrome, this is a condition which results in a dog's tail becoming limp. Colloquially, it is also known as swimmer's tail in dogs, cold water tail or even broken wag. Scientifically speaking, the technical term is acute caudal myopathy.

As limber tail syndrome is a pathological myopathy, it is a disease which affects the muscles. In this case, the dog's tail muscles. The muscles become damaged or atrophied, often from hyperextension which reduces blood flow to the area. The temperature of the dog's tail will drop about 2-3 ºC (35.6-37.4 ºF) compared to the rest of the body, the reason it is sometimes known as cold water tail. It does not necessarily mean the dog has been in cold water.

The exact biological process which induces limber tail syndrome is not well known. However, there are believed to be certain causes which are often combined with a genetic predisposition[1]. Although it can happen to almost any dog with a tail, there are certain breeds which are genetically more prone to acute caudal myopathy. They include:

As you can see, the majority of these dogs are or were bred as hunting dogs. Limber tail syndrome appears to be more prevalent in these dog breeds. Since this condition is related to physical activity, it makes more sense it may occur in historically more active dog breeds.

As stated above, science does not well understand how to pathology causes the muscles to respond in the way they do, although it may be linked to a derived narrowing of the vertebral disks. This narrowing, likely has a genetic influence. However, the activity of working dogs is also believed to have an influence if your dog's tail is limp. This is why causes of limber tail syndrome may include:

The onset of limber tail syndrome usually occurs around 24 hours after being in very cold water. This is considered the most common cause. Strangely, high latitudes appear to be a factor in acute caudal myopathy[1], but the cold climates of northern regions are likely an influence.

You will likely first notice your dog has limber tail syndrome because they have a flaccid tail. It may not be pointing all the way down. Instead it may be horizontal at the base, then hangs limply at the end. It should not be a dramatic kink as with a break, something which can help differentiate between the two. Also, when a dog's tail is limp due to limber tail, they will not be able to lift it. In both cases, there will likely be some pain.

The dog will try to lick or even nibble at their tail to relieve the frustration caused by the pain. Unfortunately, this can lead to injuries including abscess on their skin if they become infected. Symptoms of limber tail in dogs will vary in duration. They may last only a few days or even a few weeks[2], but the average amount is usually about 3 days.

Based on these symptoms, the dog's clinical picture and their medical history, the veterinarian will usually be able to diagnose acute caudal myopathy. However, if they are unsure, they may perform imaging tests such as an x-ray, magnetic resonance imaging scan (MRI scan), electromyography or computed tomography scan (CT scan) can be done. These tests are aimed at ruling out other pathologies in cases where acute caudal myopathy is doubted.

For the majority of cases, acute caudal myopathy will eventually cure itself. How long depends on the acuteness of the case, the health of the dog and their activity levels. Treatment of swimmer's tail in dogs mainly concerns symptom management. Analgesics (painkillers) will likely be prescribed, specifically NSAIDs such as ibuprofen for dogs since they also combat inflammation.

In cases where there is little or no evident pain, the veterinarian may decide against prescribing painkillers. However, the dog will still need plenty of rest. Either a warm or cold compress may be applied to the tail, at the vet's discretion. Rest includes providing a calm, clement and comfortable space for the dog to recover optimally. We also need to ensure we do not do anything to excite them as tail wagging will be counterproductive.

Although limber tail syndrome is a self-limiting pathology, ensuring rest and providing painkillers can help minimize the recovery time. We also need to take them to a veterinarian to achieve the right diagnosis. Although there are differences in terms of symptoms, limber tail syndrome and a tail fracture can look very similar. If we think it is the former, but it is actually broken, letting it heal on its own can have serious repercussions. It will also be very painful for the dog.

There are also related symptoms explained in the reasons why your dog has a limp tail explained above. If a misdiagnosis occurs, we could delay correct treatment, in turning worsening the prognosis.

Although treatable and likely to go away after a short time, acute caudal myopathy can recur. The best way to prevent limber tail syndrome reoccurrence is to best determine the cause. For example, if it was immersing in cold water, do not take the dog to a place where they we will be able to do this. Similarly, do not keep them in cages or encourage strenuous exercise.

Limber tail syndrome in dogs is only one reason a dog may chase or bite their tail. Other reasons are explained in the video below: 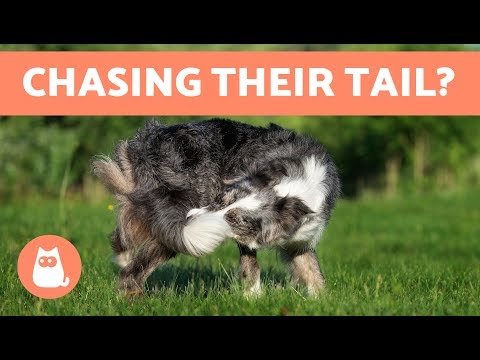 If you want to read similar articles to My Dog's Tail Is Limp - Limber Tail Syndrome in Dogs, we recommend you visit our Other health problems category.

Bibliography
How to Tell if a Cat's Tail Is Broken and What to Do
What is Horner's Syndrome in Dogs?
My Dog is Limping on Their Front Leg
Cushing's syndrome in dogs
Related categories
Viral diseasesVaccinationReproductive system diseases Skin problemsIntestinal problemsMedicine
Most read
1.
What to Do if My Dog has Something Stuck in his Throat?
2.
My Dog Is Bleeding from His Penis
3.
My Dog Keeps Licking Her Private Area - All Possible Reasons
4.
My Dog Has Pus Coming From His Penis
5.
Why Does My Cat Push Out His Penis and Lick It?
6.
My Cat Has Liquid Coming From Their Anus
7.
My Dog's Poop Starts Solid Then Goes Soft
8.
My Dog Keeps Making a Gulping Sound
My Dog is Stretching a Lot - Is It Normal?
Why is My Dog Limping on their Back Leg?
Shaker Syndrome in Dogs - Idiopathic Cerebellitis
Why is My Dog Losing Hair? - Causes and Treatment
Hyperesthesia in Cats - Causes and Treatment
My Spayed Cat Is in Heat
Why is My Cat Limping All of a Sudden? - Causes and Treatment
My Dog Is Losing a Lot of Weight - Cachexia in Dogs

My Dog's Tail Is Limp - Limber Tail Syndrome in Dogs 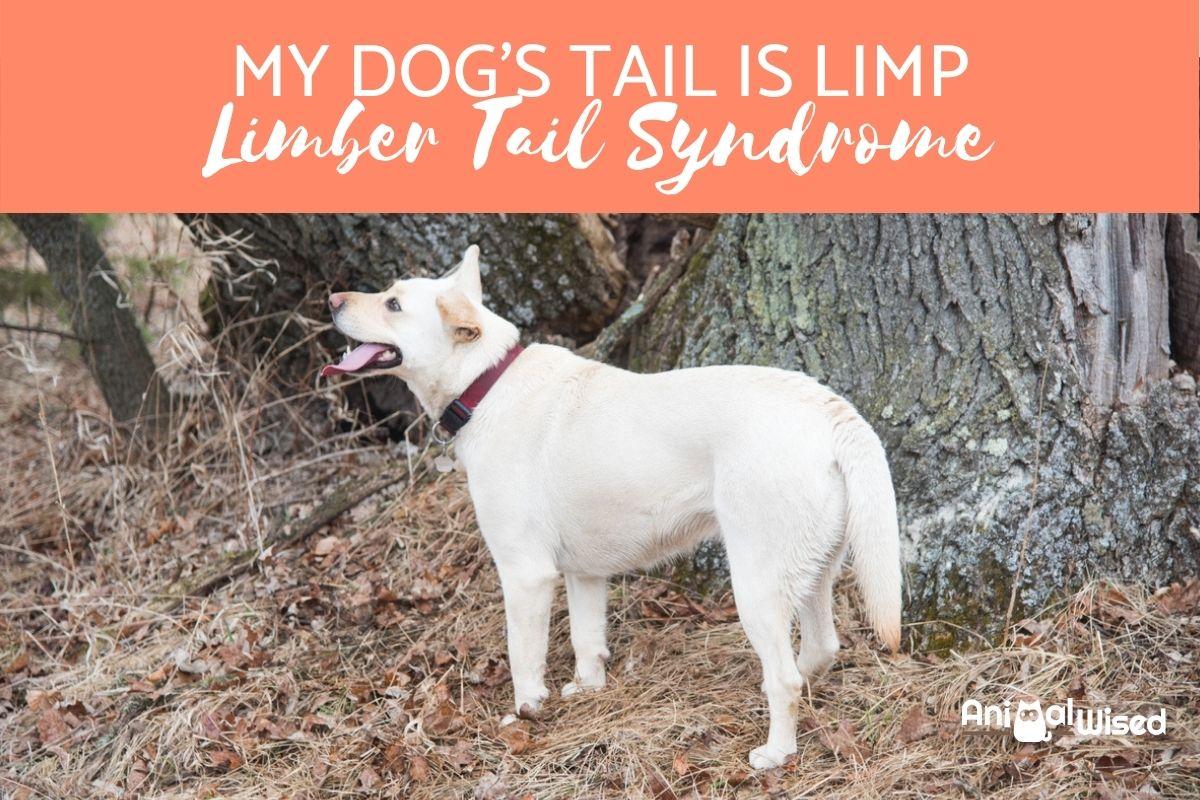 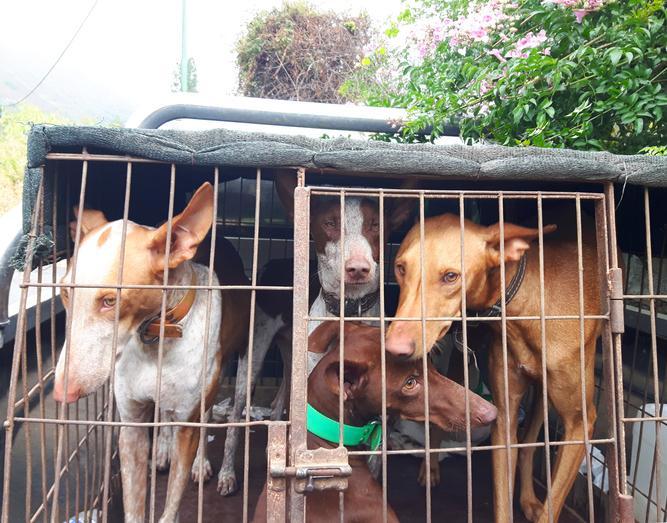 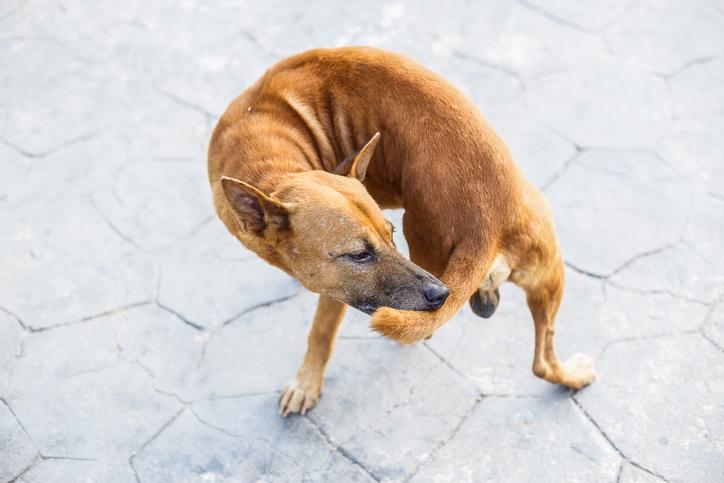