Why Doesn't My Dog Bark at All?

By Eduarda Piamore, Expert in canine and feline psychology, education and training.. December 12, 2022

You may be aware that a dog's main form of communication is through body language. This does not mean that vocalizations are not an important way for canines to express themselves. There are many types of vocalizations such as whining, growling and even howling, but barking is probably the sound we most associate with dogs. If you adopt a puppy from a very young age, you will see they are not very vocal. When they do make sound, it is usually a high-pitched yap rather than a deeper bark. Eventually, they should start to bark for various reasons, especially when they want our attention.

For this reason, it can be quite strange to have a dog that never barks. It is also a concern when they once barked, but now stop barking. AnimalWised gets to the root of this issue by asking why doesn't my dog bark at all? We find out the causes for this lack of behavior, whether they stop barking or never barked in the first place.

Why do dogs bark?

As stated above, barking in dogs is only one form of communication. Often, the silent facial expressions or body postures they make are much more revealing than the noises that emanate from their mouth. This is because a dog's body language is very important for communicating in the wild, something which has remained to some extent in domestic animals.

This does not mean barking is negligible in terms of a dog's communication. It is often revelatory, but it can also be hard to interpret. For example, barking can be a sign a dog is happy as much as it can show they feel threatened. Below are the most common reasons a dog barks:

While these are the basic reasons why dogs bark, each dog is an individual. They will bark for their own reasons, some of which we may never understand. The best way to do so is to get to know their personality and individual needs. This is required for both their physical and mental wellbeing.

Since barking has so many meanings for various contexts, it can be strange to see a dog that never barks. We explain the reasons this may be in the sections below.

Although a dog may bark because they are in pain or have a disease, not every dog will respond in the same way. For this reason, many dogs will stop barking when they are sick. Especially if they have a disease which lowers their energy levels, stops them from eating and makes them depressed, they may be too ill to bark. This can be the case when a dog stops barking all of a sudden.

Certain diseases which affect a dog's breathing or vocal cords can stop a dog barking. Upper and lower respiratory infections in dogs are a common cause of a dog not barking, especially if they also cause the dog to be exhausted. Since inflammation of the airways or vocal cords is a common symptom, it can even cause them pain to bark. Similar pain and swelling can be caused by excessive vomiting.

These pathological origins do not explain why a dog never barks. Some diseases are congenital. They may either develop as the dog matures or the symptoms may only present once they are older. These genetic issues can lead to malformations or other developmental problems which result in them not barking. A relatively common issue for Siberian Huskies is laryngeal paralysis which means their vocal cords cannot produce sound in the same way[1].

Learn more about this condition with our article on laryngeal paralysis in dogs.

While it is only one factor, the amount a dog will bark may be affected by their breed. Certain breeds are known for being more or less vocal than others. This is often related to whether they are generally more timid or gregarious, but the training, education, care and experience the dog receives will also affect their level of vocalization, among other factors.

An example is the Basenji breed, one of the oldest dog breeds in the world. They are known for not barking at all. This does not mean they are unable or unwilling to vocalize, but barking is not a common vocalization of this dog. Instead, the Basenji is much more likely to make a sound which is akin to a yodel. Although the Basenji will try to communicate in a similar way to all dogs, their barking is thought to be due to their vocal cord formation.

The Basenji is not the only breed known to bark very little or not at all. Other dog breeds that don't bark much include:

Mixed-breed dogs which inherited a genetic predisposition from their parents also may not bark at all or very little. If your dog doesn't bark, but is otherwise healthy and happy, it usually shouldn't be a cause for concern. This is especially the case if they are one of the aforementioned breeds.

Use of inappropriate collars

Another reason your dog may not be barking is due to trauma. You may see your dog regularly pulling on their leash which causes their collar to pull against their throat. This is often due to excitement, but every dog is different. When they pull on their collar like this, dogs can irritate or damage their larynx, throat and/or vocal cords. This essentially chokes the dog and can make it difficult for them to bark.

If we see our dog has stopped barking and we use a collar, it is important to look for other symptoms. This can include the dog coughing, retching or even having breathing difficulties. If we see symptoms that the dog's bark has changed or stopped altogether, it is important we take them to a veterinarian for assessment.

Especially if the dog is prone to pulling on their leash, it is important we avoid choking. For many reasons, it is better to use a leash attached to a harness rather than one around their neck, It is not only more comfortable and helps to avoid choking, but it is also practically useful in terms of safety and training. Never use a choke collar on your dog and see why electric shock collars are cruel in the video we share below. 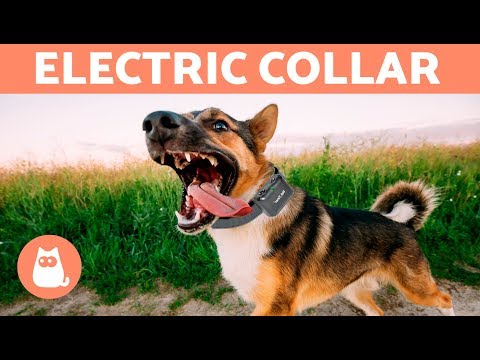 Adopting a dog is an act of love that gives thousands of animals a second chance to have a home and receive the love they deserve. We need to take a recently adopted dog to the veterinarian for an assessment. This will help to gauge their physical and psychological wellbeing.

While it is thankfully not as common as it once was, the veterinarian can also check for signs of debarking. This is a procedure which involves the removal of a lot of the laryngeal tissue. It is most commonly performed by caregivers who want to stop nuisance barking in their dogs.

Debarking is a cruel and unnecessary procedure which provides numerous difficulties for a dog. The surgery required for debarking is very invasive and will lead to much postoperative pain in the dog. It also stops the dog from being able to communicate effectively. Both the procedure and its physical repercussions can cause the dog much distress.

If you recently adopted a cute puppy, it is common for them not to bark at the beginning of their time. This is because puppies will have been recently removed from their mother and siblings. They will required a certain amount of time to adapt to their new environment and feel comfortable. Once they do, they should start to feel more comfortable and make more vocalizations.

A similar issue can occur with recently adopted adult dogs. Many dogs are adopted as adults because they have been neglected or abandoned. While it will vary according to the individual, the dogs may have trauma which makes it difficult for them to feel comfortable around their new family. It is only once they learn to trust their new family and feel secure they start to bark out of happiness.

When you adopt a puppy or an adult dog, you will need to take them to a veterinarian for assessment. This is not only for physical examination, but also to see their psychological wellbeing. It may take some time, but working with your veterinarian and/or a canine ethologist can help a dog to regain their confidence. This means they will start to express themselves more freely, including through barking.

Learn more about this period of adaptation with our guide to socializing an adult dog.

If you want to read similar articles to Why Doesn't My Dog Bark at All?, we recommend you visit our Facts about the animal kingdom category.

My Cat Doesn't Purr - Reasons for Not Purring
Why Does My Dog Stare At Me? - All Possible Reasons
My Dog Howls at Sirens - Why and What to Do
Why Do Dogs Sleep at Your Feet?
Related categories
Endangered animals
Most read
1.
What Animal am I According to my Zodiac Sign?
2.
10 Most Beautiful Animals in the World
3.
What Does It Mean When a Cat Shows Up at My Door
4.
The 10 Most Solitary Animals in the World
5.
Top 10 Smells Dogs Hate
6.
How Many Types of Lions Are There?
7.
Why do Dogs Get Stuck when Mating?
8.
My Female Dog In Heat Won’t Accept A Male - Causes
Why is My Dog Howling?
When Do Puppies Start Barking?
My Cat is Hissing at Me All of a Sudden
My Dog Yawns All the Time - Calming Signals
Why Does My Dog Lay His Head on Me? - Canine Communication
Why Is My Cat Staring at Nothing?
Why Is My Dog Whining - Causes
Why is My Cat Staring at Me?

Why Doesn't My Dog Bark at All? 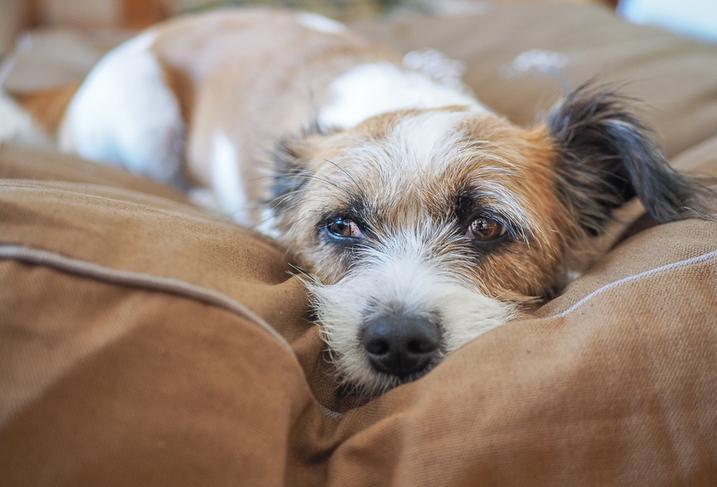 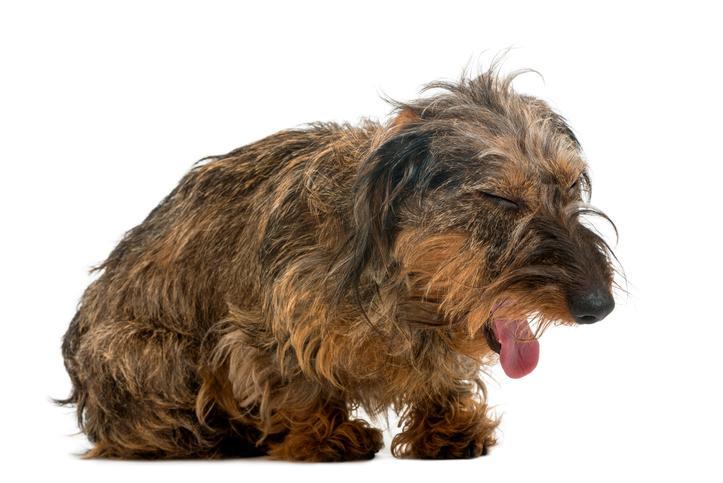 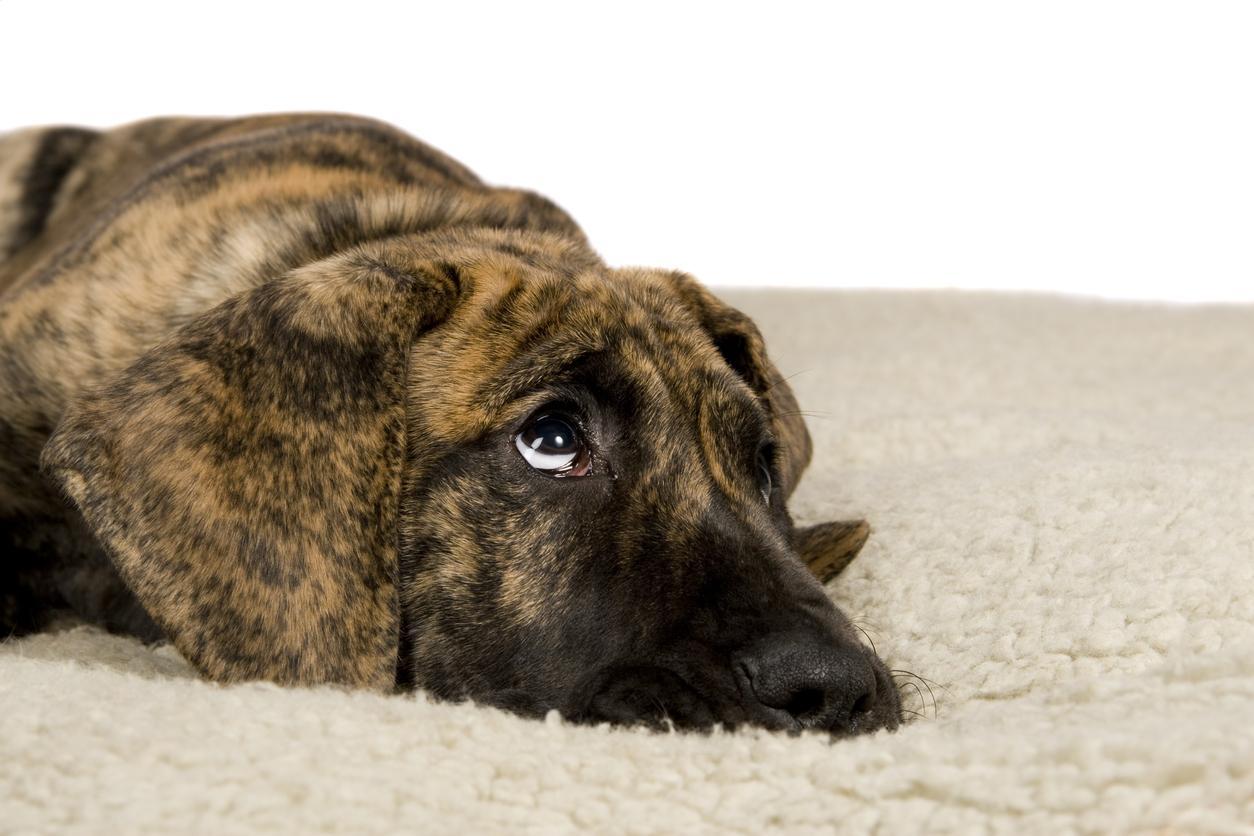