My Dog Killed a Rat - Should I Be Worried About Disease? 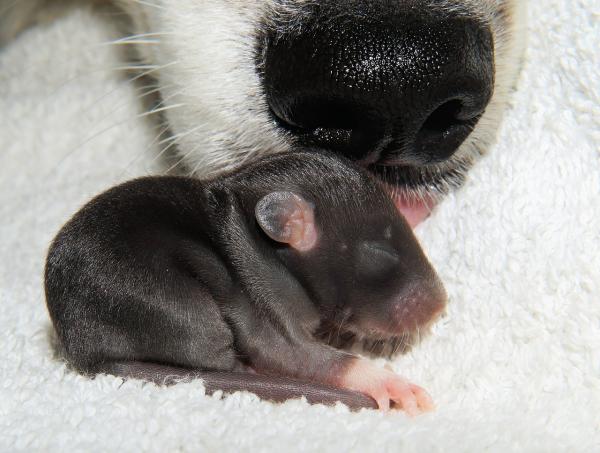 When we look at our dogs we see the beautiful, affectionate and wonderful companions they are. For a rat, this may not be the case. In the wild, a dog would see a rat as a potential meal rather than a friend. Due to their omnivorous diet, their instinct would often compel them to hunt, kill and eat a rat if the opportunity has been afforded them. While it is possible for a domestic dog and domestic rat to become friends, this is only usually after proper socialization has been carried out.

However, we often associate wild rats with disease. If your dog killed a rat, it is understandable you would consider the repercussions on their health. You may be worried about disease or infection. At AnimalWised we explain why your dog might have killed a rat and what you may need to do about it.

You may also be interested in: 10 Myths about Dogs You Should Know
Contents

The hunting instinct of dogs

We have managed to prevent dogs from fully showing their predatory behavior. This is thanks to the larger domestication process of dogs in general and the socialization of individual dogs. However, as much as we can influence their behavior, we cannot completely remove their innate instinct.

Before they became so popular as companion animals, dogs were more commonly trained as working animals. This included work on farms and country estates, often specifically for hunting activities. This hunting is not only for sport, but also practical assistance in keeping property free from vermin. Different breeds had different abilities. For example, Border Collies used their hunting instinct as a herding breed and Labradors were used as a retriever dog to collect prey.

Hunting dog breeds are those which have the most developed hunting instinct because it has been bred into them. This includes those which have been specifically bred to catch rats. Selective breeding has meant that individual dogs which are particularly good or prone to catching rats were chosen as the ones to sire pups. Then the same thing happened generation after generation.

There are still farmers and other people who want to continue using dogs as hunting or ratter dogs. However, since the popularity of these dogs as companion animals, dog guardians have to be very careful. If they want to keep them in the home, they will need to educate them to use these behaviors in a safe way or to reduce them altogether. One of the most important cases is when we have small children in the home.

In summary, we point out that it is normal for a dog to chase a rat, corner it and sometimes even kill it. They see the animal as prey. Also, hunting prey positively reinforces behavior, which may imply a greater desire to hunt.

As we stated above, although all dogs have some sort of hunting instinct, certain breeds have been bred for this very purpose. This makes their ratting instinct not only acute, but something we need to be very careful of. For example, some cats are not much larger than a big rat, so ensuring the ratter dog doesn't think they are prey is essential if they are to live together.

Some ratter dog breeds actually have the word ratter or rat in their name. Many of these are terrier breeds which are small enough to chase some rats down certain holes or burrows. You will see that generally, ratter dogs are smaller breeds. Types of ratter dogs include:

As you can see, some of these breeds are very specific and not very common outside of their homeland. Quite a few breeds are specific to Spain, for example. However, breeds like the Jack Russell Terrier and Mini Pin are very common, with not many knowing they were originally bred as ratter dogs.

What to do if a dog kills a rat

The first question we want to know is whether or not the dog has transmitted a disease. Rats carry a wide range of diseases, not all of which can affect dogs. According to the Centers for Disease Control and Prevention (CDC), the following diseases are carried by rats[1]:

Since rats can transmit disease through blood, if a dog kills a rat, it is possible the contamination can occur through the mouth. However, even simply having the rat in their mouth can pass on bacteria if it is on their fur. Even if the dog does not contract this disease, spreading the bacteria via their mouth or even parasites contracted from the rat can mean that it is possible humans can contract them.

While this may sound scary, it is important to remember a lot of factors need to occur for the disease to transfer to the dog or any humans. Just because rats can be a vector of disease, does not mean they will be. This is even less likely if the dog has been properly vaccinated and dewormed.

Regardless, we should take the dog to the veterinarian if they have killed a rat. This will rule out any problems and provide early treatment in the unlikely case there is a problem.

The prey drive in dogs is influenced by many factors and some will have little to begin with. Most will like to play and chase objects, but some will need to have their prey drive reigned in, even ratter dogs.

The first thing we can do is preventive. When we are out with our dog which is likely to chase potential prey, always keep them on a leash. This will need to stay in place until the dog learns how to control their behavior. Some dogs may never learn to properly control it and will run the risk of injuring themselves if they run off quickly. A muzzle may also be put in place to prevent harm.

This article on how to train your dog to wear a muzzle might help if you are getting started.

Education is the most important factor in stopping ratting behavior. This does not mean scolding. Since the prey drive is a natural instinct in dogs, shouting at them for doing what comes instinctively will only confuse them and can lead to problem behavior. Instead, we will need to train them to not react when small animals are in sight. We can start by providing stuffed toys and work our away up, but always ensure we are not putting any other animals in danger.

Once we have trained them, we will need to carry out a test. This is performed by trained ethologists and trainers. it is similar to a test Greyhounds need to take to ensure they don't chase after small animals. Speak to your veterinarian about arranging this test. As we have said, with good socialization, it is even possible the dog will become friends with small animals, but we always need to be careful.

Training your dog begins as soon as they enter your family, so this video on how to train a puppy will help you to get started:

If you want to read similar articles to My Dog Killed a Rat - Should I Be Worried About Disease?, we recommend you visit our Facts about the animal kingdom category.

My Dog Killed a Rat - Should I Be Worried About Disease? 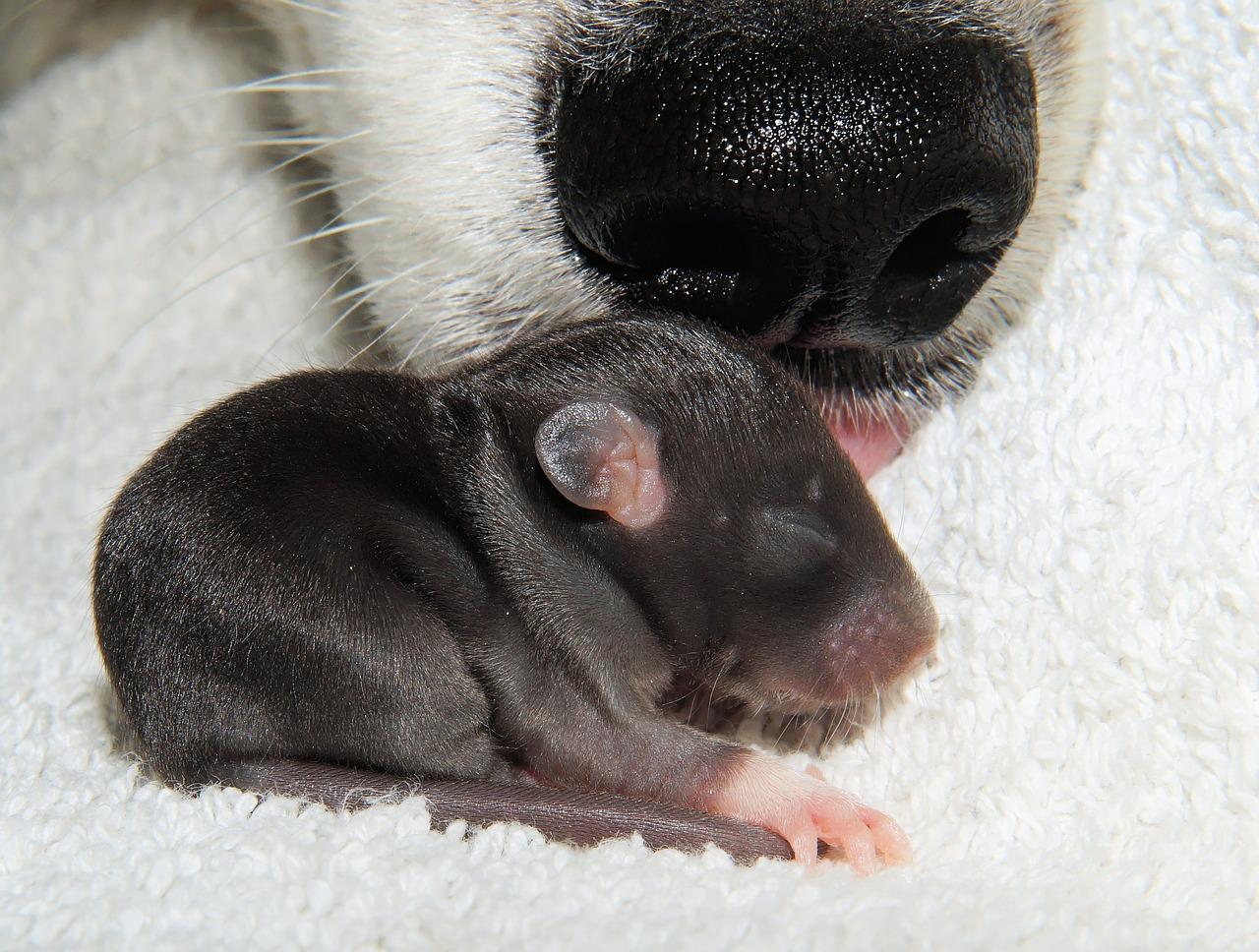 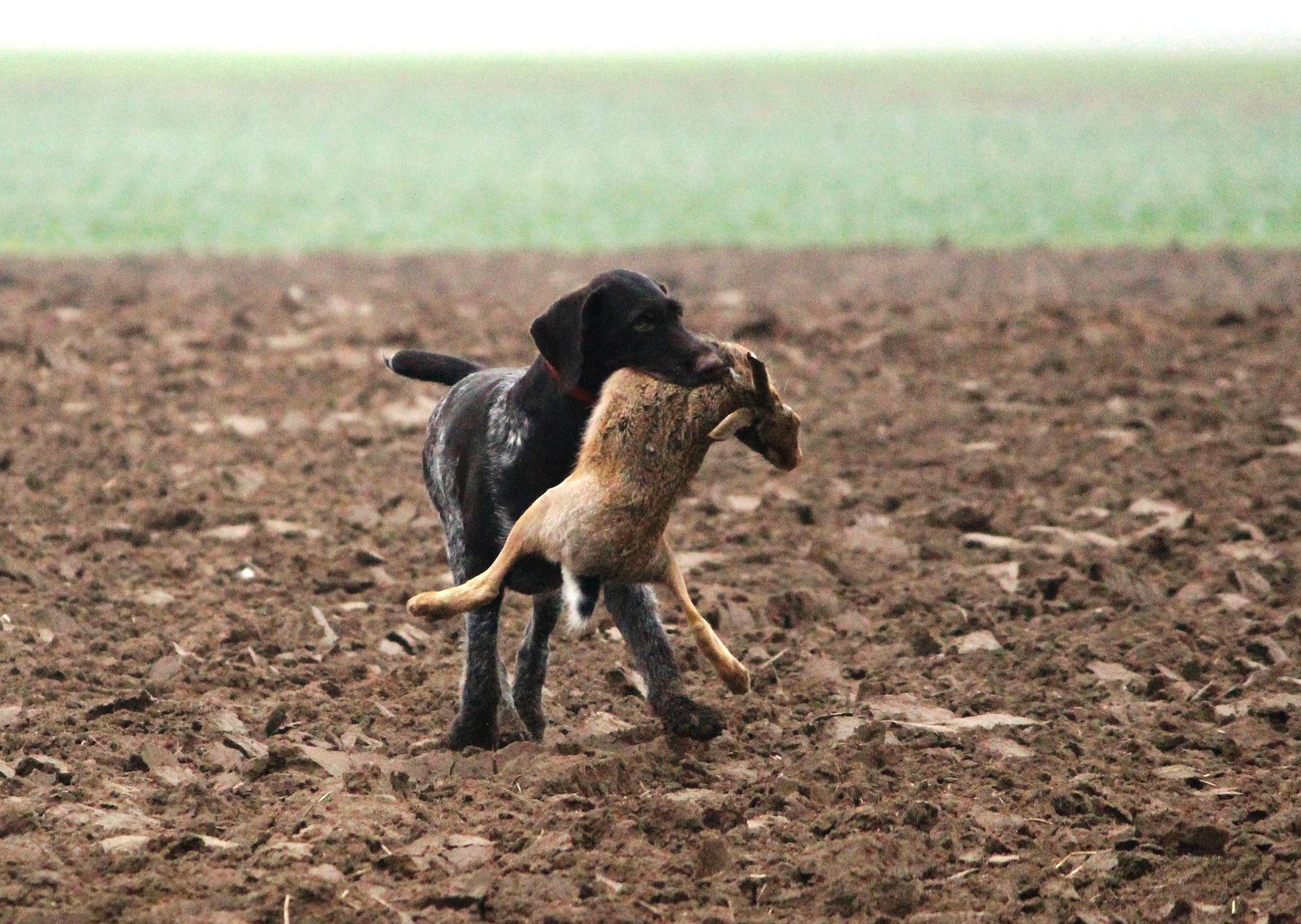 1 of 2
My Dog Killed a Rat - Should I Be Worried About Disease?
Back to top