My Cat Is Eating Flies - Is It OK? 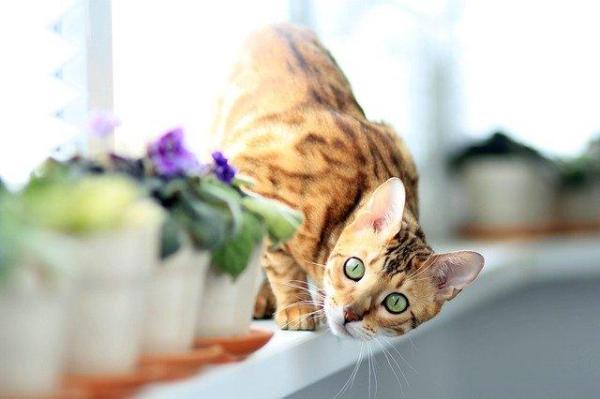 A common phenomenon in domestic cats is sitting by a window and make a chattering sound. The exact reason for this sound is unknown, but it occurs when they see potential prey. Such prey can range in size and species. They might do it when they see a bird, a rodent or other small mammals. However, they can also make it when they see small insects such as flies. Although it may not happen all the time, when the fly is in their vicinity, they can spend a long time chasing and catching it.

Although we might feed our cat's well, it is common for us to see a cat eating flies regularly. At AnimalWised, we understand why my cat is eating flies by looking at the reasons for this behavior and ask if it is OK for cats to eat flies?

You may also be interested in: Why Is My Dog Leaning on Me? - Is It OK?
Contents

Why do cats hunt and eat flies?

Although domesticated, cats remain predatory animals. They have a hunting instinct which leads them to enact hunting behavior. Their wild counterparts survive on prey which often mainly consists of small mammals and birds, but which also includes reptiles and even insects. This is because they all contain the protein necessary for the cat's organism to survive.

A domestic cat does not have to hunt prey the same as a wild or feral cat. Their food is provided to them by their guardian. Although they may be nutritionally satiated, their hunting instinct does not stop. This is important since the cat will need to find a way to survive if they are to be separated from their guardians for whatever reason.

Despite the potential necessity to hunt, it is important to see that the urge to hunt also exists independent of hunger. Even though a cat has eaten, you may still see them chasing and hunting potential prey, including flies. The chattering and chirping sounds mentioned in the introduction is not completely understood. Some researchers believe it is a noise related to the anticipation of a kill bite, i.e. the bite which severs the spine of their prey and prevents them from escape.

We can also see that the cat may move their head from side to side. The purpose is to calculate the distance from them of the prey so they won't miss when they attack. If we worry about the type of prey the cat is going to chase, we should note that cats generally don't attack prey which is larger or more dangerous than they are. However, we should know there are some potential risks even with small prey.

Why do cats play with flies before killing them?

Besides trying to obtain food, hunting has other important functions in cats. We can see this when the cat catches a fly, but doesn't eat it immediately or not at all. In these cases, we often see the cat stun the fly and then play with them. They may allow the fly to move away a little before launching on them again, then repeating this action. This can seem cruel, but it serves important purposes for the cat. The reasons for this behavior include:

If your cat is hunting insects, we need to look for certain dangers. You can see what they are below, as well as learn more in our article on cats being stung by bees.

Is it OK for cats to eat flies?

As we have seen, it is not uncommon for our cat to hunt and eat a fly. Due to their small size, the ingestion of small insects shouldn't cause them harm. In fact, the fly can add some natural protein to their diet. There are concerns about whether the fly will carry certain pathogens which can harm the cat's immune system. However, even flies carrying certain diseases may do in such small quantities they pose no health problem.

However, there are some circumstances when the fly is able to cause the cat harm after ingestion. It is possible there are potent bacteria and microbes which can cause harm to the cat's organism after ingestion. Parasites can also be present in the fly which then infest the cat's gastrointestinal system. This is because cats can get worms from eating flies. There are even some flies which act as a parasite by burrowing in the skin of the cat, such as bot flies.

Whether or not we see our cat eating flies, we need to be observant for any symptoms of digestive problems. These include vomiting and diarrhea, as well as noticing the presence of eggs in their stool. If you think you cat has any pathology due to eating flies, speak to your veterinarian immediately. Deworming and vaccinating your cat are also vital to prevent diseases which may occur due to eating flies. Follow vaccine and deworming schedules closely.

My cat has eaten a fly with insecticide

Since we may use insecticide and leave dead flies around the home, we need to be careful if we see them eaten by the cat. Look for any signs of intoxication and take them to the veterinarian immediately if they start to look lethargic or show any symptoms of poisoning.

A psychologically and physiologically healthy cat will can hunt flies and it won't be a problem. However, if we see the cat hunts flies all the time and shows other signs of restlessness, it is possibly a sign of boredom.

Cats which are under-stimulated will eventually develop behavioral problems. For this reason, if we see our cat eating flies all the time, we might want to intervene by improving their environmental enrichment. By providing scratching trees, raised platforms, toys and intelligence games we can help the cat to exercise their hunting instinct in a healthy way. It is also very important for their guardians to ensure they are spending enough time with their cat and stimulating them properly. Take a look at our video above to see how you can better entertain your cat.

If you want to read similar articles to My Cat Is Eating Flies - Is It OK?, we recommend you visit our Facts about the animal kingdom category.

Bibliography
My Cat Is Chasing Their Tail
My Cat is Twitching in Their Sleep
Walking a Cat on a Leash - Is It a Good Idea?
Is it Bad to Sleep with my Cat?
Related categories
Endangered animals
Most read
1.
What Animal am I According to my Zodiac Sign?
2.
What Does It Mean When a Cat Shows Up at My Door
3.
Examples of Vertebrate and Invertebrate Animals
4.
10 Smells that Attract Cats
5.
Animals With Scales - A Full List
6.
The 10 Most Solitary Animals in the World
7.
How Many Types of Lions Are There?
8.
My Female Dog In Heat Won’t Accept A Male - Causes
Is It Bad to Keep my Cat at Home?
My Cat is Hissing at Me All of a Sudden
What is Jallikattu and Where is it Held?
Is it Bad to Sleep with my Dog?
What is Mattu Pongal and Where is it Celebrated?
What is Tihar Festival and How is it Celebrated?
Are Blue Bottle Flies Dangerous?
Why is My White Cat Deaf?

My Cat Is Eating Flies - Is It OK? 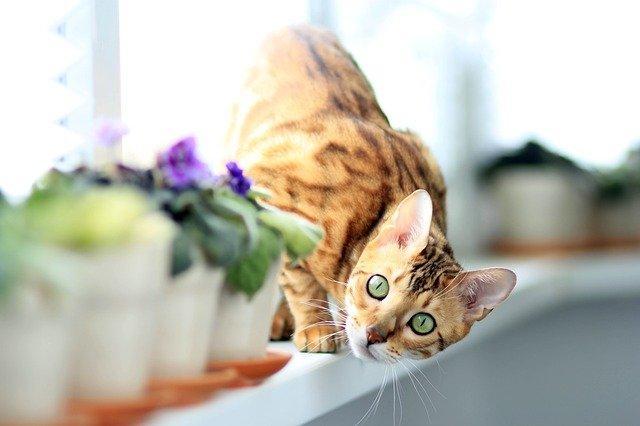 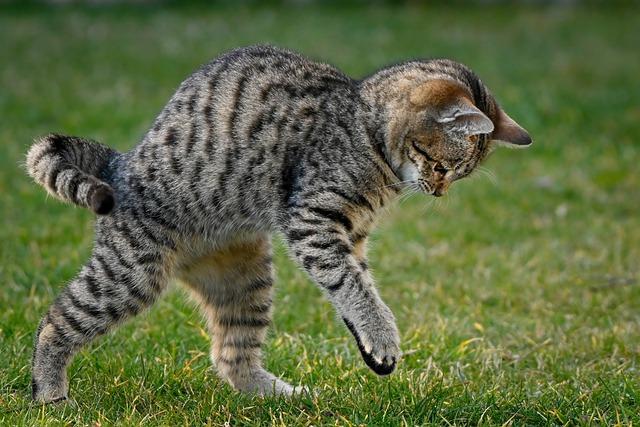