My Hamster Isn't Using Their Wheel

Using a hamster wheel, also know as an exercise wheel, is many a hamster's favorite activity. Unless you have a silent hamster wheel, you can hear them rotating with gusto in the early hours of the morning. While every hamster is an individual, if your companion doesn't seem to want to use their wheel, it could be the indication of a problem. At the same time, while most hamsters will see a wheel as a vital part of their environmental enrichment, this may not be the case for all.

If you are asking yourself why is my hamster not using their wheel?, you are also asking whether they are unwell. At AnimalWised, we look at the reasons your hamster isn't using its wheel to better understand the nature of these active rodents.

You may also be interested in: Why do Dogs Shake Their Bodies?
Contents

Reasons hamsters don't use their wheel

As you will see, while it is difficult to determine, there are various reasons why a hamster may not use their wheel. Determining the reason why your hamster is not using their wheel may require a trial and error approach. Whatever the case, if you manage to enrich their environment and provide greater stimulation, it will go some way to improving their quality of life. The main reasons a hamster isn't using their wheel are:

Before we go into each reason in more detail, let's take a look at the reason why a hamster wants to use their wheel in the first place.

Why do hamsters use exercise wheels?

Before we look into why a hamster won't run on their wheel, it is helpful to know why hamster wheels can be beneficial. As we stated above, hamsters are individuals. Each hamster will have their own preferences and behaviors.

Despite personal preference, there are some general reasons why a hamster will want to use their wheel. While there is no scientific consensus, we may surprised just how much hamsters may enjoy running on their wheel. One study showed that hamsters not only voluntarily use their wheels, but they have been recorded covering equivalent distances of up to 5.6 miles (9 km)[1].

The same study has shown hypotheses as to why a hamster runs on their wheel. These reasons include:

As you can see, many of the reasons why researchers think hamsters enjoy wheels is to do with captivity. The idea of perpetual running might feed into an exploratory desire. Since captivity limits the size of their environment (i.e. their often very small hamster cage), an exercise wheel helps to give the feeling of greater space. Hamsters in the wild migrate using the world's electromagnetic pull, something they cannot do as a domestic pet. Perhaps using a wheel is in part engendered by a related natural behavior.

Other factors related to cage living include running on a wheel as a stereotypy, i.e. a compulsive behavior brought on by stress. Hormones are also thought to play a part, either because a build up of hormones causes the desire to run or because running releases mood-improving hormones. While stress can increase certain behaviors such as the hamster gnawing their cage, at least one study shows that running on a wheel is not generally affected[2].

While there may be truth to some of these hypotheses, the idea that a hamster runs on a wheel only because they are in captivity has been proven untrue. A study from 2014 showed that wild mice elected to use a running wheel in the wild[3]. Some would even knock over other mice to get the chance to use it. This shows that animals like hamsters and mice enjoy running on wheels naturally. For this reason, it is best if a hamster has a wheel.

1. Your hamster is old

While no hamster will have a very long lifespan, they may reach a relatively mature age with good care. Just as with humans, entering their senior years has a physical and mental impact on a hamster. They are unlikely to be as active as they once were. Time spent running on their wheel might reduce or even stop altogether when they reach a certain age.

Part of the reason for this deterioration is due to their joints. A lifetime of wheel running and other exercise will lead to their joints wearing down. Once their joints are worn, any exercise, especially one on an incline, can be uncomfortable or even painful. If you have an older hamster and they stop using their wheel, you should take them to the veterinarian to rule out any other disease. You will also need to amend their diet to avoid obesity.

One of the most common reasons a hamster may no longer use their wheel is due to its size. If the wheel is too small for a hamster, it can be painful as it will bend their backs awkwardly. This makes movement very painful and they may stop using it altogether. With a hamster in a wheel, it is important their back is as straight as possible. Even a wheel which a hamster once used may not be suitable if they have grown in the meantime.

A wheel being too large may also be a problem. It might be too large for the hamster to make it turn properly. If your hamster is otherwise active, then it could be a problem with the wheel's size. Find the best size of wheel for your hamster's size and breed. It may not be possible to tell how large a hamster will grow when they are younger. Also, the type of hamster breed will affect how big they are likely to become. It is always better to have a larger wheel for your hamster than one which is too small.

Perhaps it is possible your hamster is the right size for their wheel, but the design is not suitable for them. While it shouldn't matter whether or not your hamster has grips on the wheel, wheels with metal bars like the one pictured below are not good for them. Their legs can fall through the gaps between bars and cause injury. This is especially the case when they run at speed. The wheel may also be well-designed, but it does not work for their type of cage.

Ideally, the design of the hamster wheel should allow for a solid structure made of plastic or wood. If you have a hamster wheel made with metal bars, you can adapt it yourself. Simply paste some rough cardboard to the bottom of the wheel to give better footing. Another reason the design may prevent the hamster from moving the wheel is because it is too tight to the cage. You should be able to loosen the axle of the wheel so that it spins better.

One of the least common reasons a hamster will not use their wheel is due to noise. Anyone who has a hamster with a squeaky wheel will know it usually does not bother the hamster, even if the same cannot be said for their owner. Other hamsters may be a little more sensitive and the noise becomes unbearable. Since hamsters generally like quiet and find noise stressful, it is possible the squeaking wheel is preventing them from using it.

Using oil or loosening the axle can stop the wheel from squeaking. If this does not work, you will probably need to purchase a quiet hamster wheel such as a Silent Spinner.

While we have shown that wild mice and other rodents will voluntarily use a wheel, this does not mean all hamsters are the same. It is possible a perfectly healthy hamster will decide not to use the wheel out of preference. It is more common to happen in older hamsters which may feel tired more easily and prefer to sleep. This is not completely unheard of as some hamsters will have a more active personality, while others are more sedentary.

A hamster needs to have a balanced diet in sufficient amounts to live a healthy and happy life. If your hamster is deprived of the correct nutrition, it can cause serious problems. They may not have enough energy to perform light exercise, let alone the rigorousness required for an exercise wheel. Incomplete or poor nutrition can put their health at risk. Take your hamster to the veterinarian to both diagnose any health problems and to ask for specific information on food to help improve their nutritional intake.

While we try to look after our hamster's welfare, it is possible for the hamster to incur an injury we haven't seen. As we stated earlier, a poorly designed hamster wheel can lead to the animal developing an injury. However, even the substrate on a hamster's cage can cause harm. As one study shows, beta chips are more likely to cause injuries to paw pads than pine shavings[4].

The same study showed that wire running wheels were most likely to cause injury. The study also tested the animals by putting a plastic mesh on the wheels for some. While this meant it took longer for an injury to develop, once it did so, they were larger and lasted longer. Perhaps most worryingly, the study also found that hamsters which incurred injury to their paws still ran at high levels. Wounds on their paws did not have sufficient time to heal.

However, the study did not say whether a more serious injury such as a broken limb would prevent the animals from running on the wheel. If the hamster is injured or sick to the point of being incapacitated, then they will not be able to run on their wheel.

Since hamsters are nocturnal animals, it is also possible it does not seem like your hamster is using their wheel because you are not around to observe it. This may be particularly the case for hamsters with silent spinners or other types of quiet wheels.

If a hamster does not want to run on their wheel, there are other options to help them exercise. Climbing trees or towers might be more to your hamster's personal taste. Most hamsters will also like to engage in more exploratory behavior. Under strict supervision, you can let your hamster walk around your room. You will need to ensure any dangers are removed and they do not have any chance of escaping. 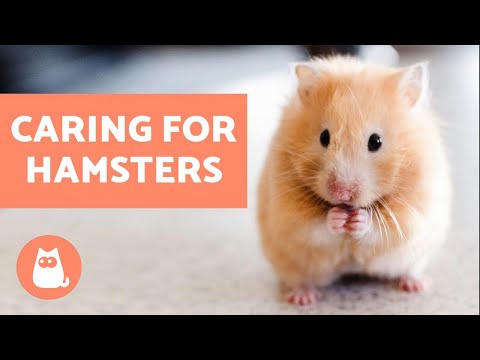 If you want to read similar articles to My Hamster Isn't Using Their Wheel, we recommend you visit our Facts about the animal kingdom category.

My Rabbit Keeps Kicking Their Back Legs
Why do Cats Bury their Feces?
Most Common Cat Eye Color and Their Meaning
Why Do Dogs Kick Their Back Legs When You Scratch Them?
Related categories
Endangered animals
Most read
1.
What Animal am I According to my Zodiac Sign?
2.
What Does It Mean When a Cat Shows Up at My Door
3.
10 Most Beautiful Animals in the World
4.
Animals With Scales - Full List
5.
Why do Dogs Get Stuck when Mating?
6.
Can Cats Absorb Negative Energy?
7.
The 10 Most Solitary Animals in the World
8.
Differences Between Deer, Elk, Moose and Reindeer
How Do I Know If My Cat Trusts Me?
Interesting Facts About Hamsters
Travelling with your Pet by Plane
Do Hamsters Hibernate?
My Cat Is Chasing Their Tail
Are Akita Inus Dangerous Dogs?
Why Are Cats Afraid of Cucumbers?
Do Dogs Like to be Hugged?

My Hamster Isn't Using Their Wheel 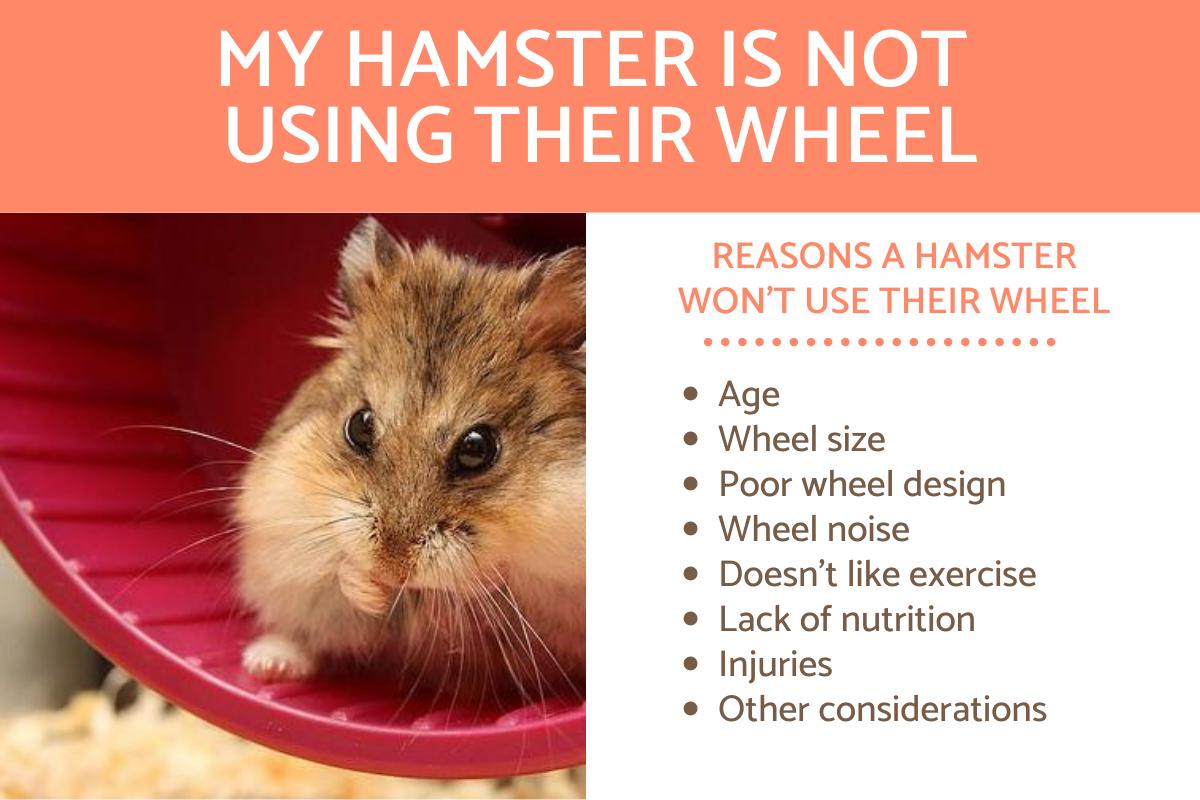 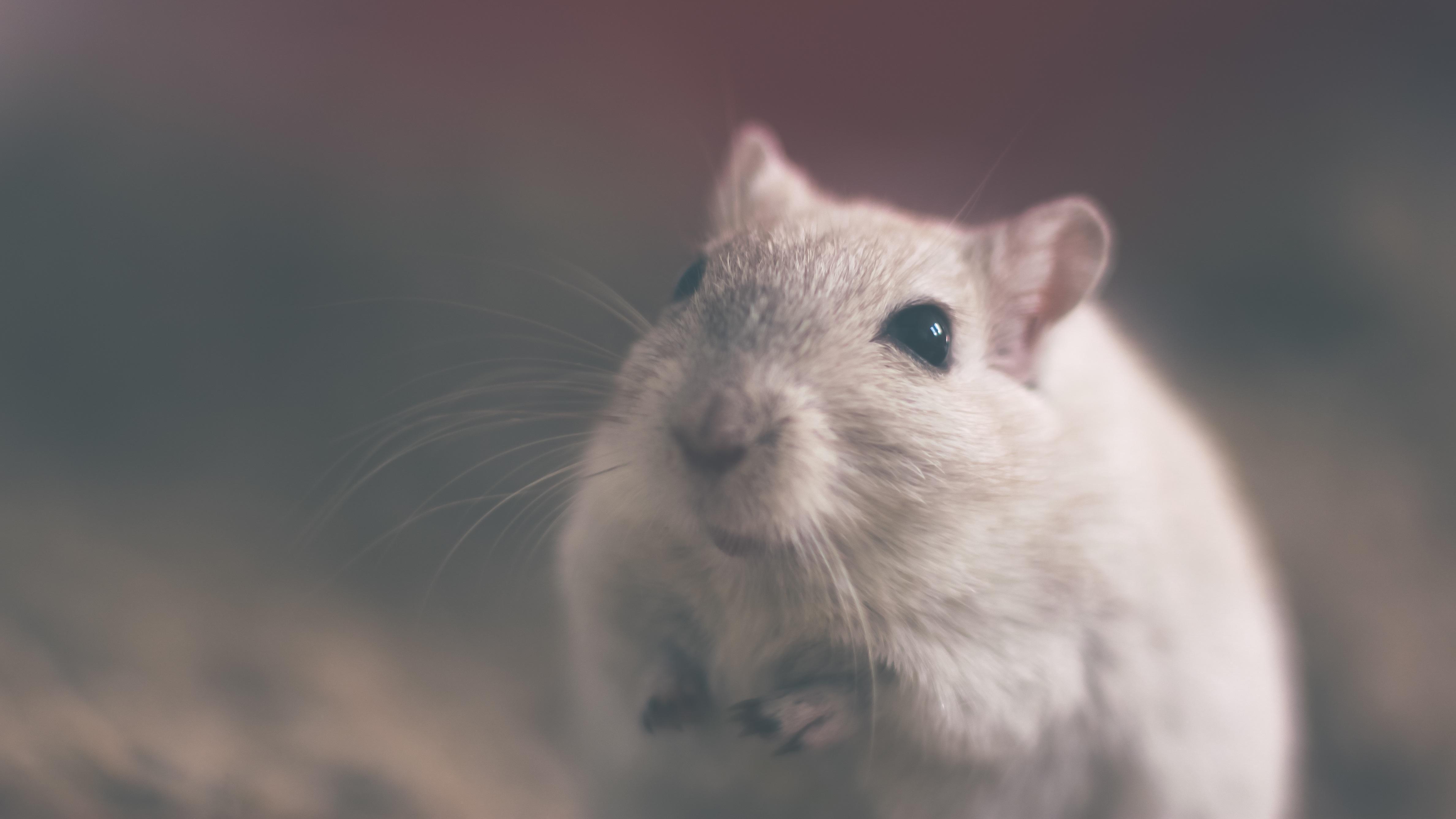 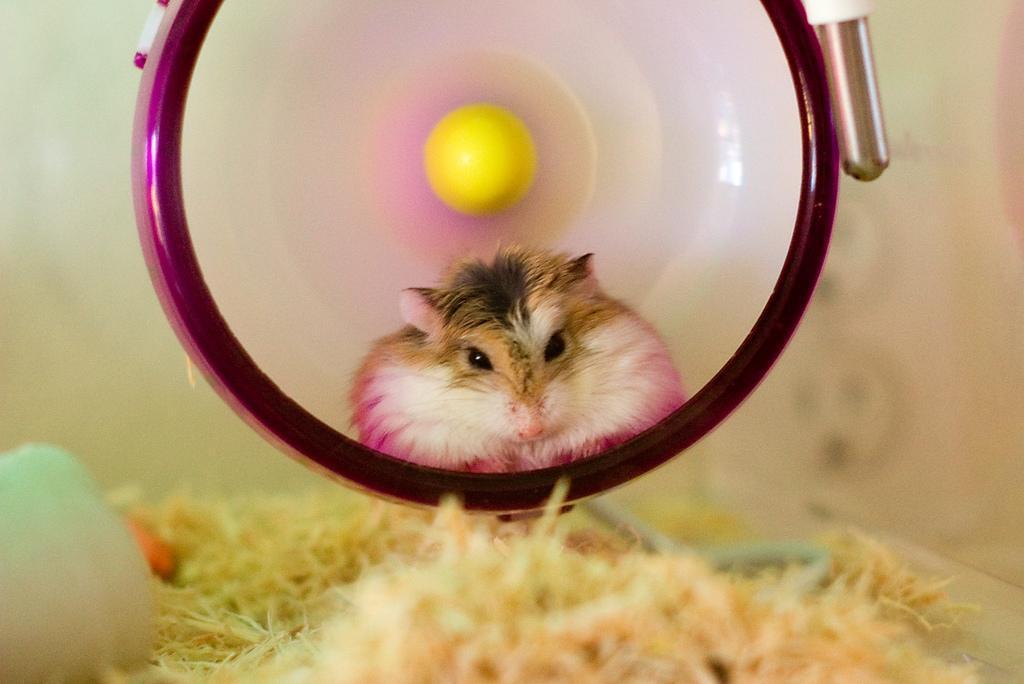 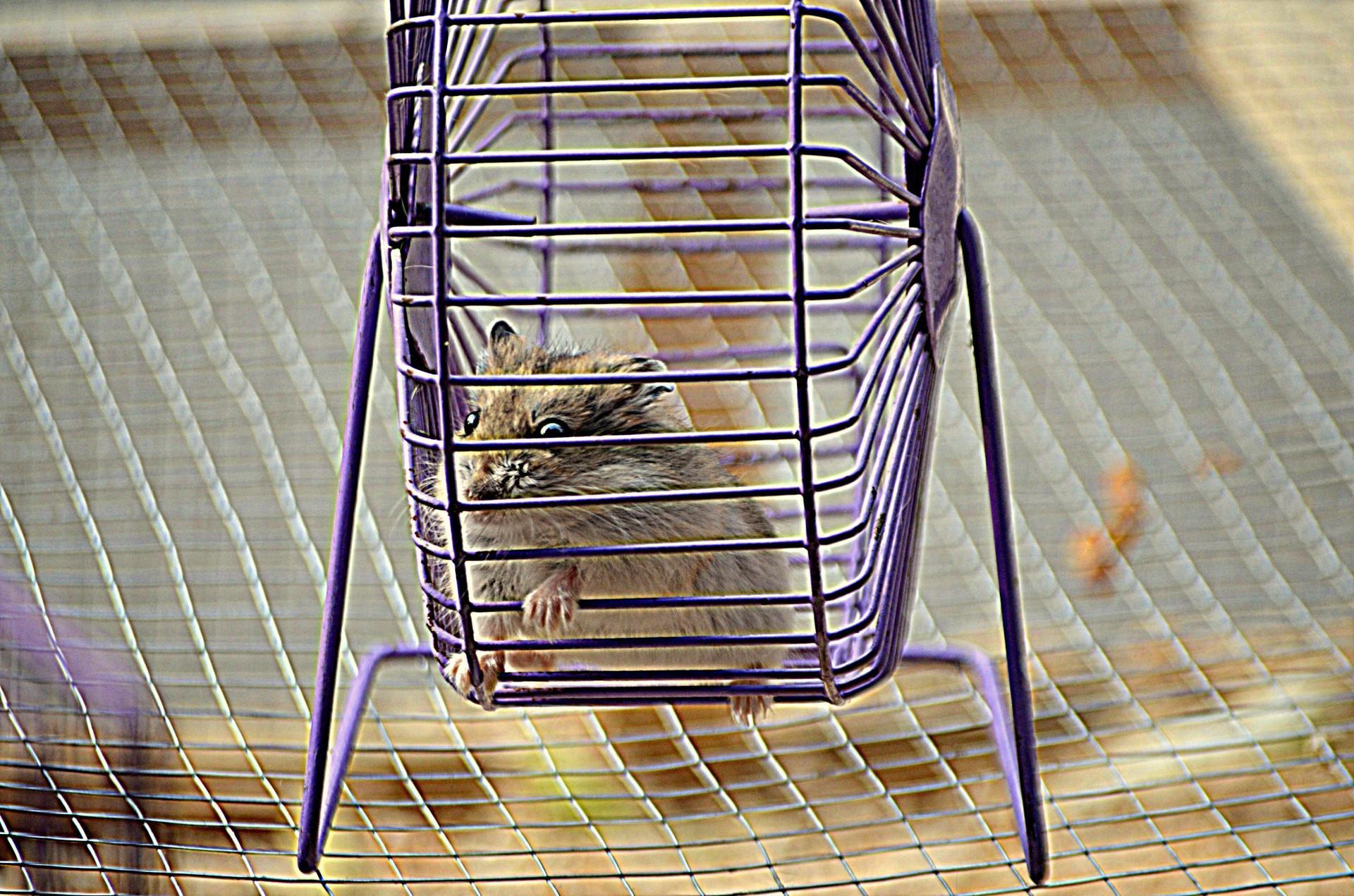 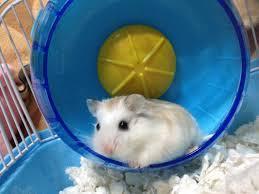 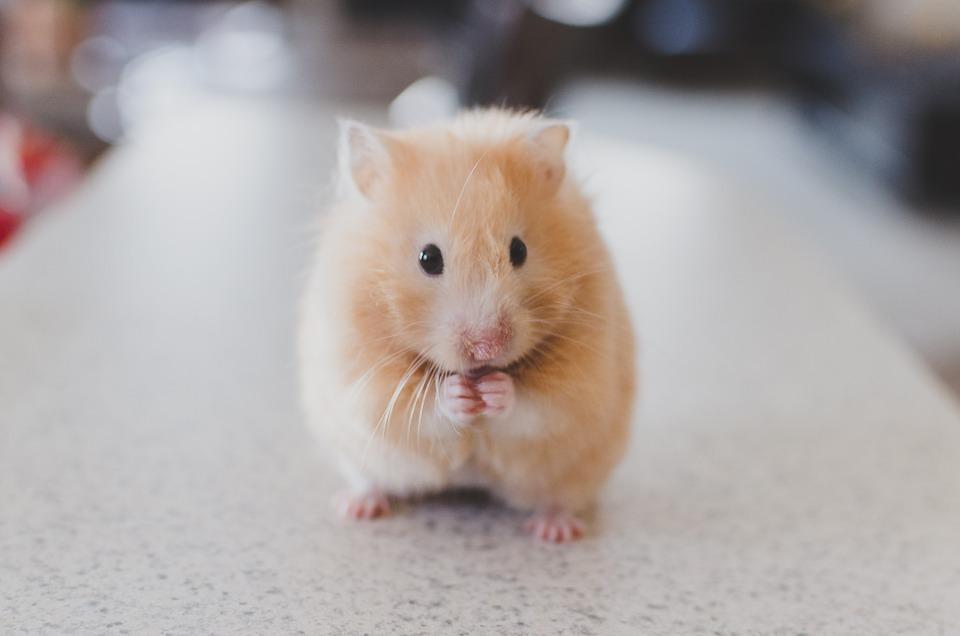 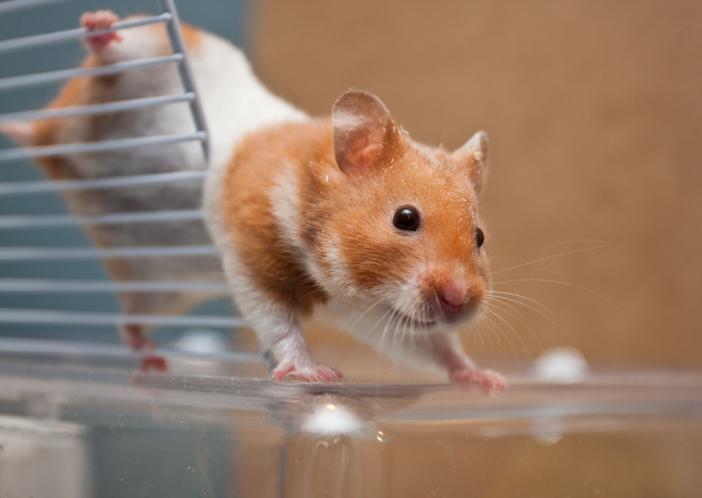