My Horse Has Swollen Lymph Nodes 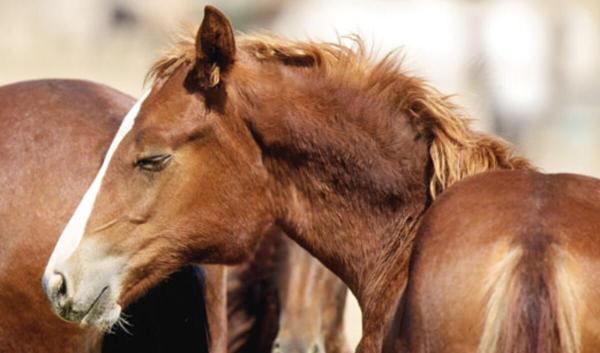 Petting our horses is not only a way to improve our bond, it is a vital responsibility to look after their health. We may run our hand under their jaw because they enjoy it, but we also do so to check for any swelling in the lymph nodes. There are various causes of swollen lymph nodes in horses, but one of the most common (especially in young horses) is a disease called equine distemper, commonly known as the strangles.

In this article on my horse has swollen lymph nodes, AnimalWised looks at the reasons you can feel inflammation under the horse's jaw. In particular, we look at strangles in horses by revealing the causes, symptoms and treatment options available.

You may also be interested in: My Cat Has Yellow Teeth
Contents

Why does my horse have swollen lymph nodes?

Horses have two major sets of lymph nodes which can be felt under the jaw. The submandibular lymph nodes are the closest, but there is a set known as the retropharyngeal lymph nodes which are closer to the throat. We can feel them if we press, but it should be obvious if they are swollen. You should notice because they feel different, not only larger, but harder.

Causes of swollen lymph nodes in horses include:

What is strangles in horses?

Strangles is an upper respiratory tract disease in horses. It mainly affects the retropharyngeal lymph nodes which can be found just below the mandible. It is a highly contagious disease which affects all equine animals, characterized by swollen lymph nodes. Abscesses can form and become purulent, but the swelling is the most obvious. The swelling causes the horse to have respiratory problems, the reason why it is referred to as strangles.

Fortunately, strangles in horses has a relatively low mortality rate. It usually does not exceed 2-3% of affected individuals. It has an incubation period of up to 8 days between infection and the first appearance of clinical symptoms.

All equidae can suffer from strangles, but horses are more susceptible than mules or donkeys. It is a common disease of horses in young animals between the ages of 4 months and 2 years. Horses under 4 months don't tend to get it because immunity from their mother's colostrum. Horses up to 2 years don't often have enough antibodies due to incomplete vaccination schedules.

Causes of strangles in horses

After developing the disease, 75% of horses develop long-lasting immunity. However, animals affected by this pathology can remain permanently infected within the guttural pouch (diverticula of the Eustachian tubes that connect the inner ear with the larynx). They can secrete the bacteria with nasal exudate or saliva for months or years, all without showing symptoms, but spreading infections to other horses.

How is strangles in horses spread?

There are certain conditions that promote the spread of strangles. These include when equine animals of different origin mix, overcrowding in stables, cold winter temperatures, poor ventilation, reduced physical activity and vitamin deficiencies.

Symptoms of strangles in horses

In 80% of cases, the disease follows the classic course where the bacteria enter through the nostrils. They then reach the tonsils to cause the inflammation. Afterwards, they pass to the regional lymph nodes (both submandibular and retropharyngeal) and pus forms within days. Since the pus is encapsulated in the lymph tissue, abscesses form.

In the last phase of classical strangles, the lymph nodes soften as they finally drain. This will occur as a fistula through the submandibular area. In some cases, solid pus (chondroids) forms in the guttural pouches and can accumulate to form an empyema.

To better understand this whole process, the clinical signs that the horse presents with classical strangles are:

Horses normally recover after this process, but sometimes there are complications such as:

However, in the remaining 20%, the process is not limited to the area that we have discussed. It can pass via blood or lymph nodes to other lymph nodes and organs (including lung, liver, kidney, spleen, mesentery and brain). Once there, the bacteria will form abscesses. It can also target the muscles, skin, reproductive system or produce reactions mediated by the horse's immune system. This form is known as bastard strangles, where the horse can manifest:

Diagnosis of strangles in horses

Mumps in horses can be diagnosed through different diagnostic tests, as we will see below:

Due to their respiratory symptoms, equine distemper can be confused with the following conditions in horses:

Strangles is suspected if a horse, especially under two years of age, has respiratory symptoms with clear inflammation of the submandibular region. This is especially if they have been in close contact with other horses, even if they do not show symptoms since they can be contagious and asymptomatic at the same time.

The diagnosis of strangles in horses is confirmed by taking samples and sending them to the laboratory where bacterial tests will be carried. These samples can be:

The laboratory tests that diagnose the disease are:

The treatment of equine distemper will depend on different factors, such as the type of strangles. Likewise, other factors need to be taken into account to help the animal overcome the disease.

The specific or etiological treatment is intended to kill the bacteria that cause the disease. In this way, depending on the type of mumps it causes, the treatment will be as follows:

To treat the symptoms that equine mumps can produce, the following will be used:

This consists of applying a series of measures to reduce the concentration of bacteria in the horse's environment. This will help the horse recover, prevent reinfection and stop the spread to other animals. Measures which need to be taken include:

Sometimes abscesses need to be removed as follows:

In cases of suffocation or severe difficulty in breathing, an emergency tracheostomy (incision in the windpipe) should be performed.

These processes can only be carried out by a trained equine veterinarian. You should never try to drain an abscess or perform a tracheostomy on your own because you could worsen the clinical picture. Therefore, if you observe any of the symptoms mentioned above and suspect that your horse may have strangles, do not hesitate to call a professional.

If you want to read similar articles to My Horse Has Swollen Lymph Nodes, we recommend you visit our Bacterial diseases category.

Bibliography
My Dog Has Rotten Teeth - Canine Periodontitis
Cat scratch Disease or Bartonella in Cats
My Dog Has a Sty on Their Eyelid
Can You Get Sick From Your Cat? - Cats Spreading Disease
Related categories
Breathing diseasesDegenerative diseasesNeurological diseasesCardiovascular diseasesPregnancy problemsFirst aid
Most read
1.
My Dog's Poop Starts Solid Then Goes Soft
2.
My Dog Is Bleeding from His Penis
3.
Can I Bathe My Dog After Vaccination?
4.
My Dog Has Pus Coming From His Penis
5.
My Cat Has Liquid Coming From Their Anus
6.
My Dog Keeps Licking Her Private Area - All Possible Reasons
7.
Why Does my Dog Have Swollen Breasts?
8.
What to Do if My Dog has Something Stuck in his Throat?
What Is Brucellosis in Dogs and What Are the Symptoms?
Lyme Disease in Dogs
Can Cats Get Salmonella? - Food Poisoning in Cats
Salmonellosis in Dogs - Symptoms & Treatment
Can I Give Antibiotics to my Dog?
My Dog's Gums Are Bleeding - Gingivitis in Dogs
Psittacosis or Avian Chlamydiosis - Symptoms and Treatment
Home Remedies For Dog Ear Infection

My Horse Has Swollen Lymph Nodes 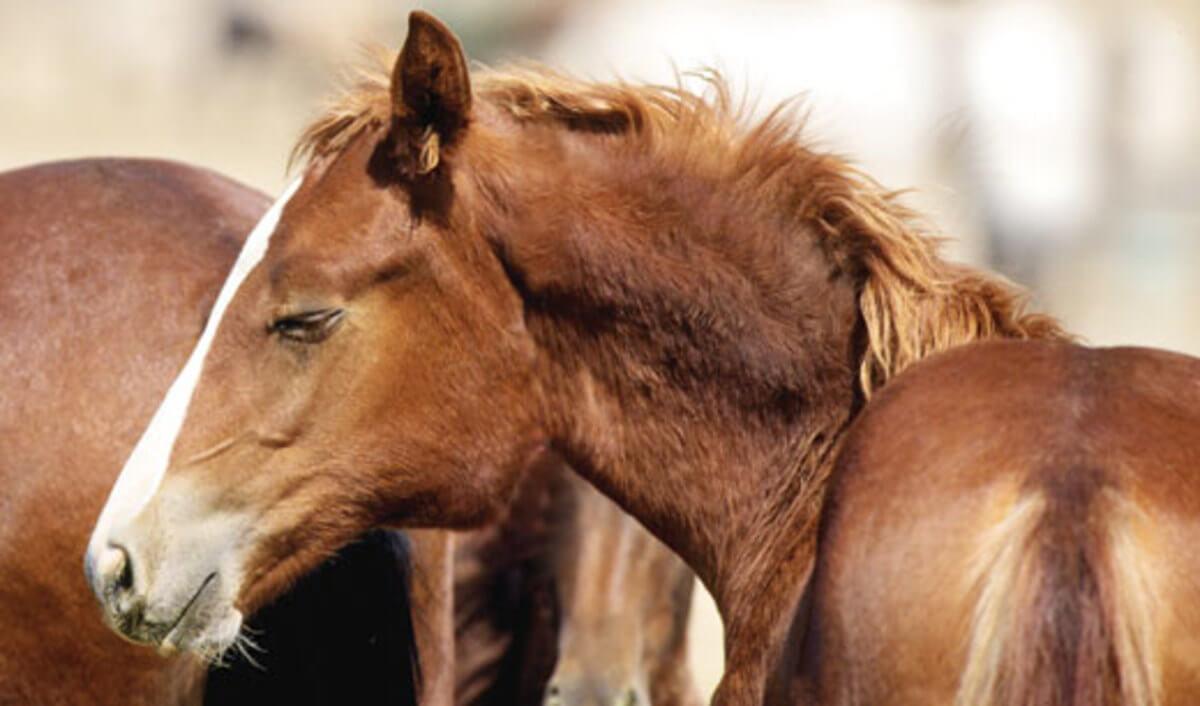 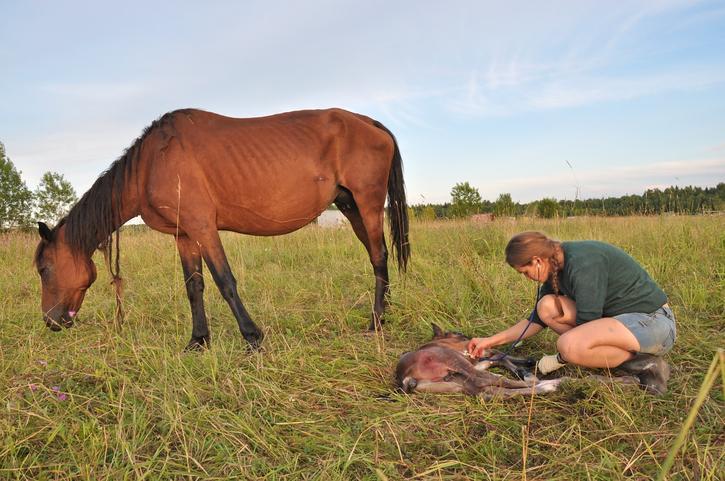