Pros and Cons of Declawing Cats - Is It Really Cruel?

If you share your home with one or more cats, you will know that their claws have to be reckoned with. Cats don't have the same appreciation for furniture and walls as we might do. What we think of as a cherished family heirloom might be little more than a mahogany scratching post to our cats. Reconciling our love for furnishings with our wish to have a cat in the home isn't always easy, so it is understandable some will look for ways to prevent this behavior. One such method is known as declawing. It is a controversial procedure which involves not only the removal of the claw, but the removal of the last finger bone (known as the distal phalanx).

Such severe surgery can seem painful for the cat, prompting AnimalWised to wonder what are the pros and cons of declawing cats? We look further into this procedure, focusing on the physical and mental repercussions of the cat. We'll also look into possible alternatives for proper claw maintenance.

You may also be interested in: How Often Should I Clip My Cat's Nails?
Contents

What is declawing a cat?

In the majority of individuals, a cat's paw consists of five fingers. Each finger has three bones known as phalanges. Polydactyl cats are those with more than the normal amount of fingers for a cat. A cat uses their claws for a variety of purposes including hunting, defence, climbing, scratching, marking territory, grooming and more. The distal phalanx of a cat is attached to the middle phalanx with a tendon allowing for smooth movement and dexterity. There are also nerves and blood vessels surrounding them to allow for sensing aspects of their environment.

A cat's claws are retractable, allowing them to be exposed when needed and hidden when not. The medical term for declawing surgery is known as an onychectomy. It involves the amputation of the distal phalanx, cutting through the nerves and tendons to severe it at the point it connects to the middle phalanx. It is not a surgical extraction, but an amputation. This means that not only is the claw removed, but there is no chance of it growing back if the surgery is effective.

The effect this has on the cat is difficult to quantify and international attitudes differ greatly. It is a relatively popular procedure in the United States in Canada, with one survey from 2016 showing that “75.8% [of respondents] reported performing onychectomy”[1]. It has also gained popularity in some parts of Europe, whereas it is illegal to perform as an elective procedure in countries like the United Kingdom and Australia. To better understand the opposing points of view on this topic, we need to look at the pros and cons of declawing cats.

While declawing is technically a mutilation, the onychectomy procedure has many supporters. The main concern people against the practice is that it appears to benefit human guardians, but has little to no medical benefit to the cat itself. There are some instances where declawing might benefit a cat physically, but this is only if they have a pre-existing condition. Here are the potential benefits of declawing a cat:

In the study quoted earlier, of the total Canadian veterinarians surveyed 73.3% “only performed the procedure after recommending alternatives”. This implies that an onychectomy should only be carried out as a last resort.

It is fair to say that the advantages of declawing cats seem to directly affect the cat guardians and not the cats themselves. There is no medical benefit for the cat unless it is used as treatment for a specific physical problem. The possible problems, however, can be detrimental to the cat's well-being. They include:

Should you declaw a cat?

The destruction of property and personal injuries created by scratching are problematic. While we might not like the idea of mutilating a cat, the outcome of declawing is very desirable to those who have had to put up with aggressive behavior and property damage. Alan M. Beck from the Center of the Human-Animal Bond at Purdue University makes the argument that declawing saves lives. His claim is that there are too many cats being brought to animal shelters due to behavioral problems. His also claims his research “conducted with colleagues shows that declawed cats stay in homes for longer”[4] as less people give them away to shelters.

There is truth to Beck's argument, but only because of the limitations of cat guardians. There are many ways to deal with a cat's scratching problems. These deal with the reasons why a cat is scratching destructively in the first place. This means addressing emotional, behavioral and environmental issues which might be leading to the negative behavior. It also involves some practical techniques you can use to get your cat to scratch in a less destructive way. Our article on how to prevent your cat from scratching everything can help you do this.

If we rely on a surgical procedure, it leads to people thinking they can simply declaw a cat rather than provide an appropriate home for them. Better education on cat care and implementing ways to improve the bond we have with cats is a more encompassing way to deal with these problems. It promotes better understanding of cat behavior and greater general awareness, something which can help reduce the strain on shelters.

On top of all this, it prevents cats from having a debilitating procedure which can detrimentally affect their quality of life. As an elective procedure, we also unnecessarily provide certain risks to their physical health. For both the welfare of the individual cat and the general feline population, avoiding declawing seems to be what is better for everyone.

To better help avoid surgeries such as declawing, taking better care of your cat's claws might be the solution to a scratching problem. A cat's claws or nails grow constantly throughout their lives. This is one reason why your cat scratches; to wear down and sharpen them. It is both a biological need and a routine habit for cats.

If you want to prevent your cat from scratching the floor, curtains, clothes or any household objects, you should have at least one scratcher available (ideally more). These could be in the form of cat trees, adhesive couch protectors or simply a stand-alone scratcher. Choosing a cat scratcher might take some trial and error for your particular cat, but it is important.

You can also trim your cats claws if they are becoming a nuisance and are unable to do them properly themselves. We have more information on how to trim your cat's claws properly to ensure you do it right.

Environmental enrichment is very important for your cat. It allows them to be sufficiently mentally stimulated and helps to prevent behavioral problems. Ensure you have plenty of toys and games to help your cat stay engaged and reduce destructive behavior.

Addressing your cat's psychological well-being can help reduce scratching problems. You need to look for signs your cat is stressed and deal with them accordingly. In doing so, you should be able to avoid resorting to the painful process of declawing. 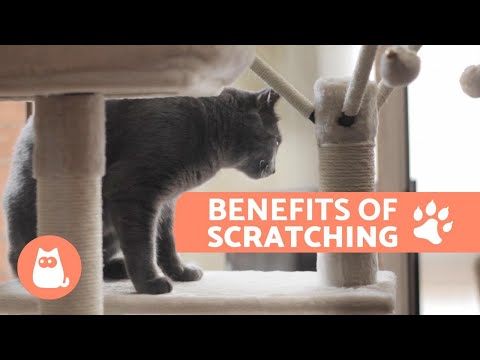 If you want to read similar articles to Pros and Cons of Declawing Cats - Is It Really Cruel?, we recommend you visit our Nail care category.

How to Trim your Cat's Claws
My Rabbit Has Long Nails, Should I Trim Their Nails?
How do You Properly Trim a Dog's Nails?
Sugar Gliders As Pets: Pros and Cons
Related categories
Basic careDental hygieneGeriatricsSkin careEar careHeat
Most read
1.
When Does a Dog Go Into Heat After Having Puppies?
2.
Third Eyelid Showing in Cats - Causes and Treatment
3.
Why Is My Pregnant Dog Not Eating?
4.
Can You Touch Newborn Puppies?
5.
Dog Pregnancy - Week by Week
6.
Why Has My Cat Only Had One Kitten?
7.
How to Control a Male Dog Around a Female in Heat
8.
How do Horses Mate? - Horse Reproduction
Is Crate Training Cruel? - Advantages and Disadvantages
Is Clipping A Bird's Wings Cruel?
Is it Bad to Bathe Cats?
What is a Goshala and How Does it Work?
Are Elevated Dog Bowls Good or Bad?
Is it Bad to Bathe a Dog in Heat?
How to Make Homemade Cat Litter? - 6 Sustainable Alternatives
Pros and Cons of Siberian Huskies

Pros and Cons of Declawing Cats - Is It Really Cruel? 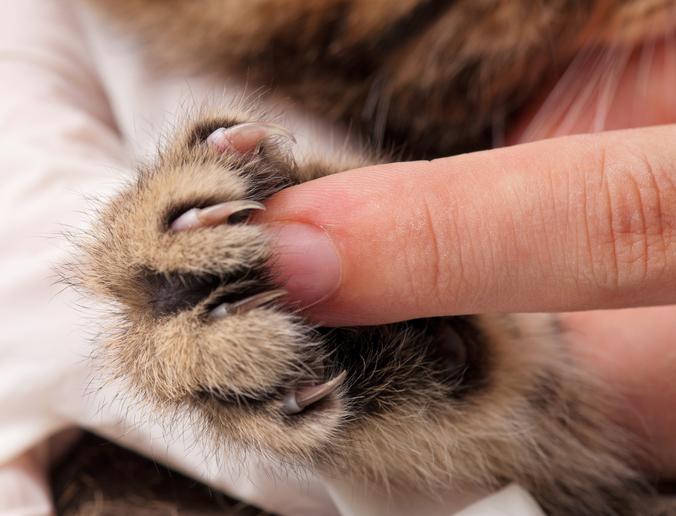 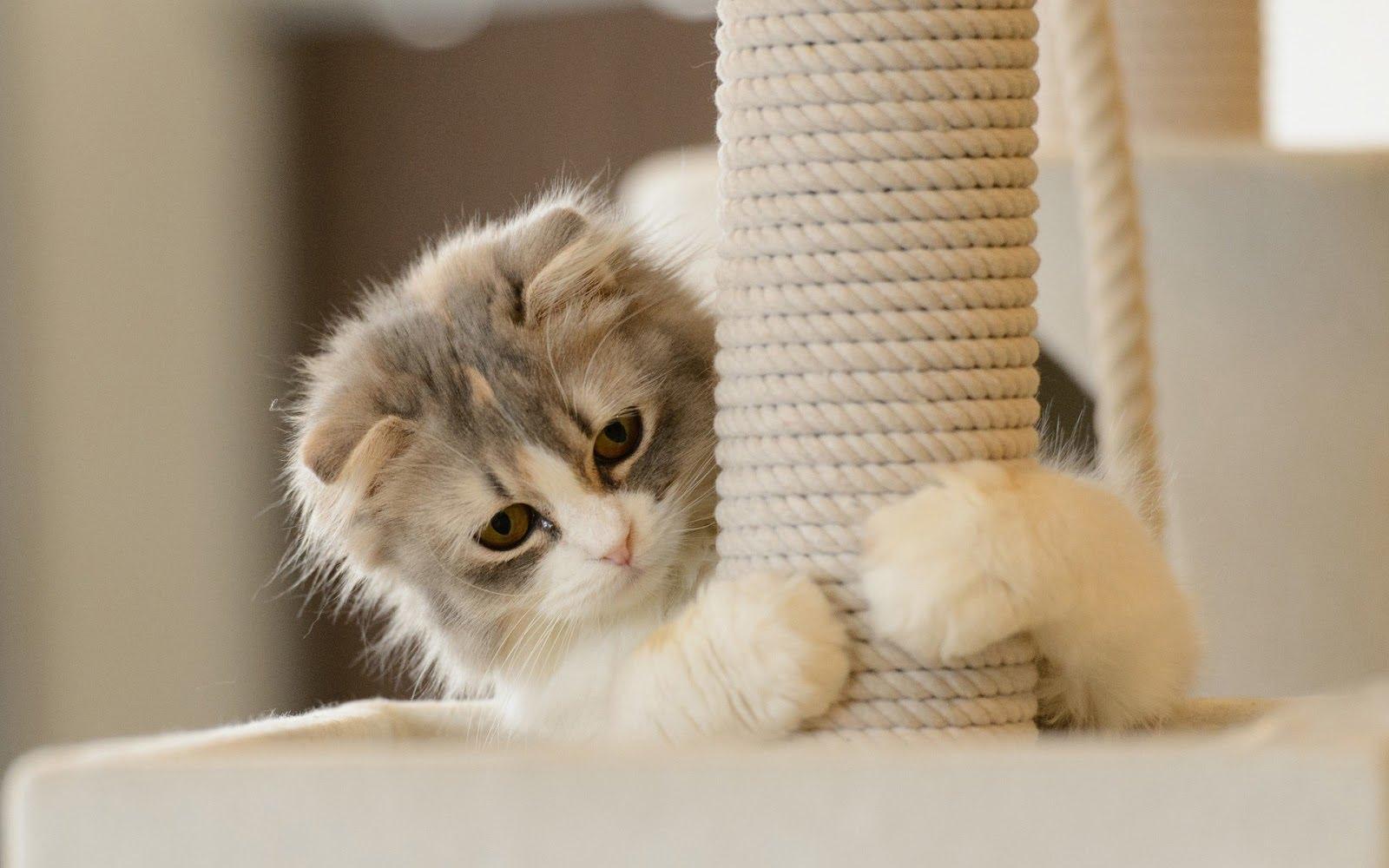 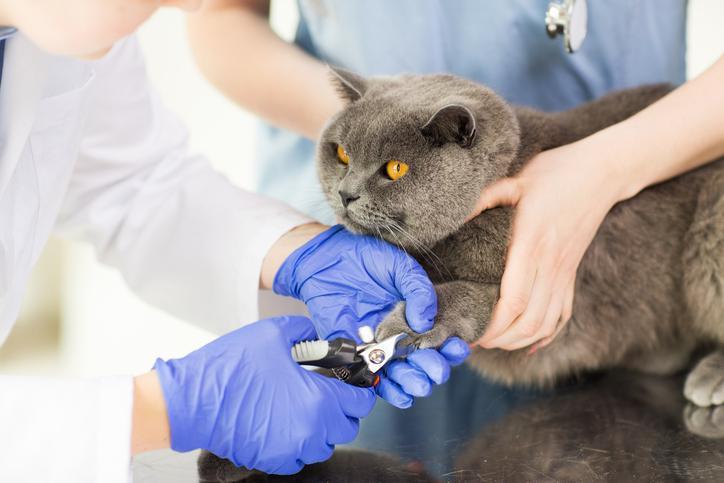 1 of 3
Pros and Cons of Declawing Cats - Is It Really Cruel?
Back to top