Reproduction of Turtles and Tortoises 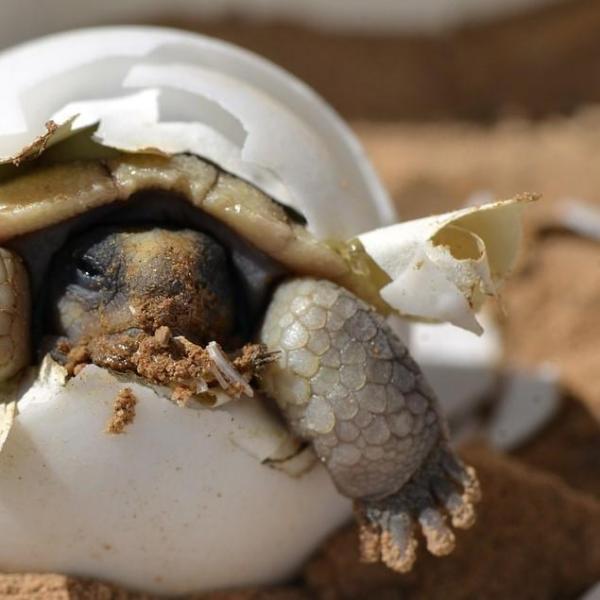 The reproduction of turtles and tortoises is a very broad topic, as there are many different species that breed through different methods and processes. As you know, there are land tortoises, freshwater turtles and sea turtles. Within each of these categories there are various species and subspecies.

This is why this AnimalWised article will give a general overview of the reproduction of turtles and tortoises with the help of a few general examples that every animal lover should know. We will also discuss turtle species in captivity, which are fighting to survive. Keep reading!

You may also be interested in: What is the Difference between Turtles and Tortoises?
Contents

The reproduction of tortoises

Tortoises are reptiles characterized for having a shell that envelops and protects the body. Obviously the first step in the reproduction of turtles begins as with most vertebrates: by mating.

When held to our human standards, male tortoises are very rough. Their mating ritual consists of biting the female's legs and repeatedly hitting their shell against hers.

Fortunately, evolution has been helpful. We always say that nature is very wise; this can clearly be seen in the case of female tortoises, who spare themselves the ordeal and minimize the possible pains of mating with a very interesting system. Female tortoises can store and keep sperm active for three years; during that time, they can perfectly avoid mating.

The reproduction of domestic tortoises

Domestic tortoises are usually fertile - sexually mature - from nine years of age in the case of females, and seven in the case of males. Therefore, matching and trying to breed tortoises that may be immature is a mistake.

If both are sexually mature, after the mating ritual the female will lay 5 to 7 fertilized eggs in holes 10-12 cm deep that she will have already prepared. There is no fixed period for the eggs to hatch; this will depend on the temperature generated by the sun on the ground where they are laid.

When the time comes for them to hatch, the little tortoises will be born and emerge to the surface. These hatchlings barely measure 4 cm, and sometimes even less.

The reproduction of amphibious turtles

The mating ritual of freshwater turtles is different to that of tortoises, but one thing they have in common is that the males are sometimes violent.

Amphibious turtles usually reach sexual maturity at 5 years old. The ritual dance is performed with the male in front of the female, trying to caress her face with his front paws. He will then swim, brushing her shell. If the female does not cooperate, the male turtle may try to immerse her and prevent her from breathing.

Once mating is complete - and if the female is still alive - the gestation period of the eggs usually lasts around two months. Egg laying occurs on land, preferably in sandy areas; some species lay up to 20 eggs at a time. The female turtle covers the eggs in sand or dirt in a sunlit area. The eggs take between 80 and 90 days to incubate. After this period, the hatchlings are born.

The reproduction of sea turtles

Sea turtles have a very long lifespan, growing to exceed 100 years of age. Some species are fertile from 6-8 years old, while some take decades. Marine turtles mate in deep water, after which females gestate the eggs for a period of 2 to 3 weeks.

Most species lay eggs during the night. Female turtles travel considerable distances along the beach so that the eggs are not exposed to large waves and high tide. Once the site has been chosen they dig a hole about 50 cm (20 inches) deep, depositing between 50 and 100 eggs - and some even more than 300 - into the hole. Afterwards the mother covers the eggs with sand, hiding the nest well.

After a period of between 40 and 70 days, the little hatchlings begin to emerge, and most of them head towards the sea together during the night. This way, they minimize their exposure to predators. The temperature of the sand during incubation determines the sex of the sea turtles; at high temperatures they are all born female.

Given that all species of sea turtle are highly endangered, there are many international programs for the reintroduction of turtles at beaches where turtles used to live, but have now stopped laying their eggs there.

This is why protected spawning areas have been created. Artificial incubation has also been turned to in order to maximize the number of live young.

If you want to read similar articles to Reproduction of Turtles and Tortoises, we recommend you visit our Facts about the animal kingdom category.

Reproduction of Turtles and Tortoises 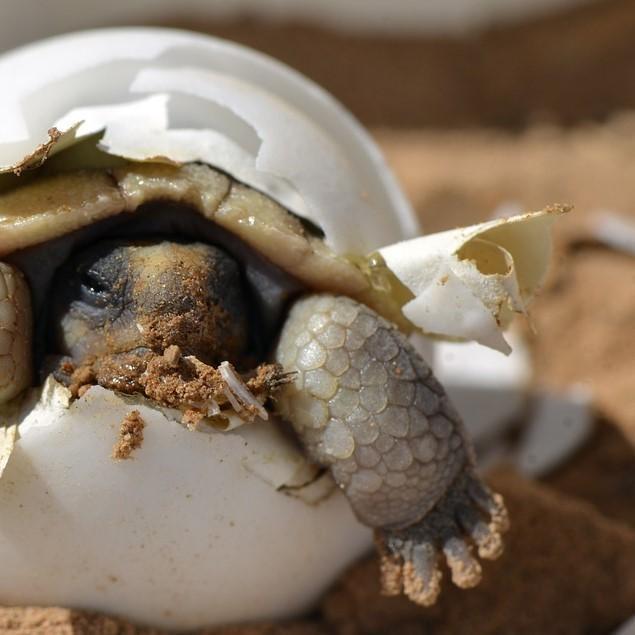 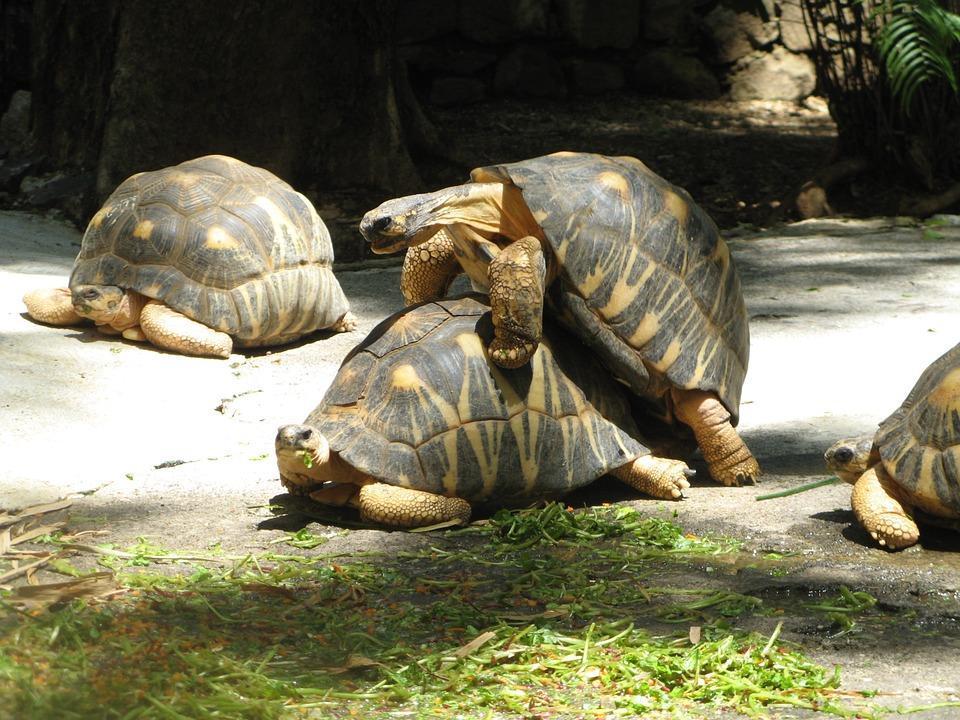 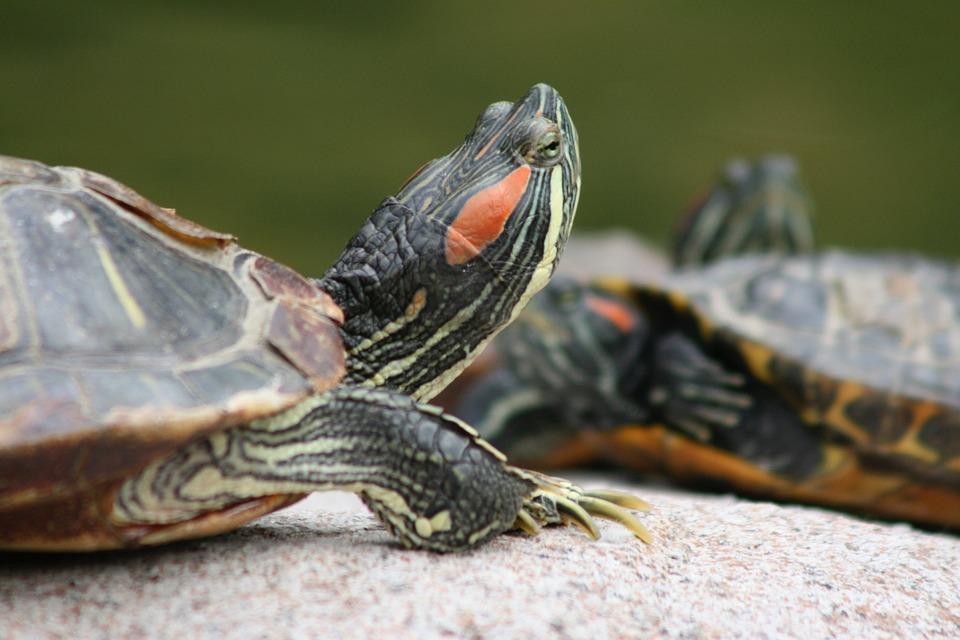 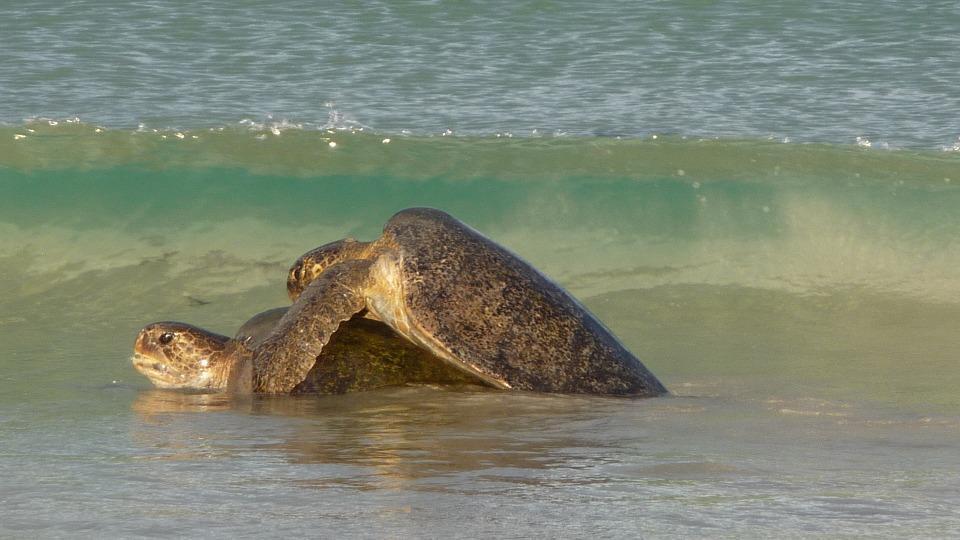 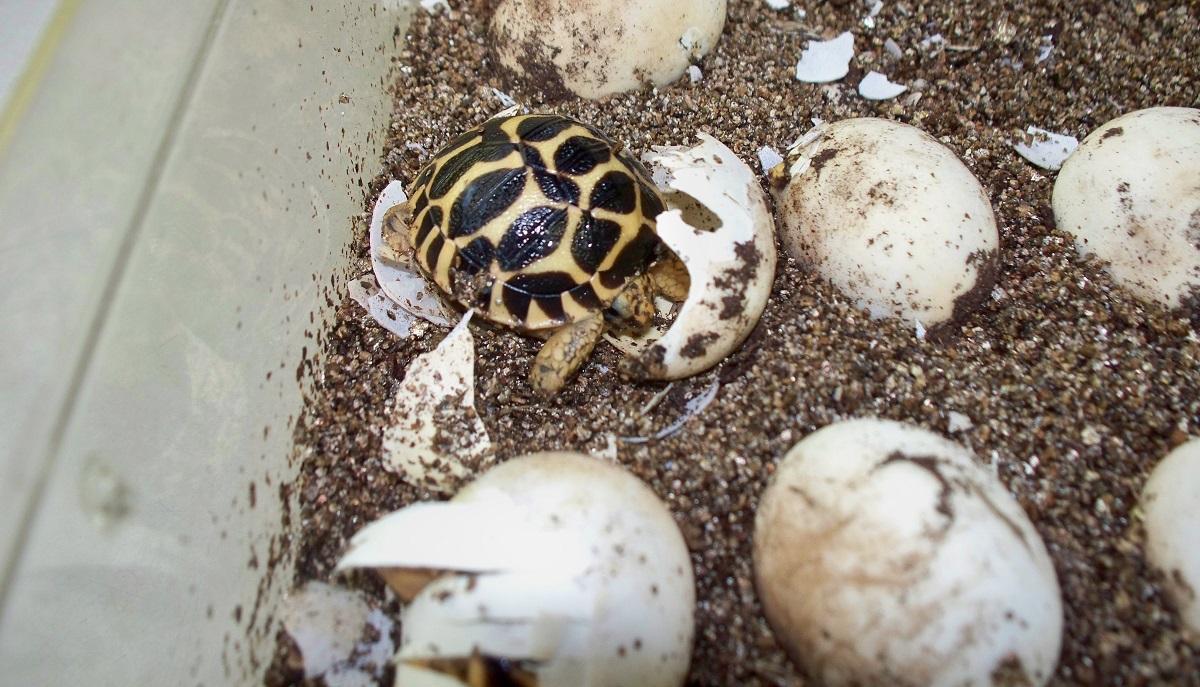 1 of 5
Reproduction of Turtles and Tortoises
Back to top