Sense of Smell in Cats - Why is scent important to cats?

The following AnimalWised article will tell you everything you need to know about cats' sense of smell and how to stimulate it.

You may also be interested in: 10 Smells that Attract Cats
Contents

How does a cat's sense of smell work?

The sense of smell is one of the five senses of the cat and one of the most important, followed by sight and hearing. So it's no surprise that a cat relies more on what its nose can smell than what its eyes can see to explore its surroundings. From bonding between mother and child, to hunting and mating, to exploring the environment, a cat's sense of smell is its most reliable tool for obtaining critical information.

Cats' sense of smell functions like that of other mammals. However, cats have an additional olfactory organ called the vomeronasal organ, often referred to as the cat's "second nose." It is located at the top of the mouth and has a slightly different function, picking up pheromone signatures that normal scent receptors cannot detect. This allows cats to communicate between other organisms of their species.

The sense of smell begins in the nostrils when the cat inhales air during normal breathing. Once this air enters, it reaches the nasal turbinates and the olfactory epithelium, which is located in the nasal cavity near the skull. It is composed of neurons whose axons join together to form the olfactory nerve and whose receptors are stimulated by inhaled odor molecules. Cats have more than 200 million olfactory sensors in their noses, while humans have only 5 million.

You may be interested in this other article, where we talk about the 10 smells that attract cats.

Why is scent important to cats?

Scents and smells are incredibly important to cats. Cats rely heavily on their sense of smell because they use scents to communicate and gather information about their environment. The sense of smell in cats has the following functions:

Furthermore, when kittens are born, they cannot see. Therefore, the sense of smell is the sense that allows them to know where their mother is and to cling to her to take in milk.

Researchers have shown that disruption of the sense of smell in cats can cause changes in sleep behavior, aggressiveness, and sexual behavior, and can also lead to anxiety.

Learn more about the way cats communicate by reading this other article, where we explain why cats sniff each other's butts.

We know that cats are hunters by nature. In order for the cat to better develop these skills and especially its sense of smell, we can improve its experience with plants, toys, and games. There are several ways to stimulate and further improve the sense of smell in cats, including the following:

You may be interested in this other article, where we explain which plants are safe for cats.

If you want to read similar articles to Sense of Smell in Cats - Why is scent important to cats?, we recommend you visit our Facts about the animal kingdom category.

Bibliography
Why Does My Cat Smell My Face?
How to Get Rid of Dog Smell in the House
Smells That Mice Hate
10 Smells that Cats Hate
Related categories
Endangered animals
Most read
1.
What Animal am I According to my Zodiac Sign?
2.
What Does It Mean When a Cat Shows Up at My Door
3.
10 Most Beautiful Animals in the World
4.
Examples of Vertebrate and Invertebrate Animals
5.
Why do Dogs Get Stuck when Mating?
6.
The 10 Most Solitary Animals in the World
7.
Differences Between Deer, Elk, Moose and Reindeer
8.
Animals With Scales - Full List
Can Dogs Smell Fear in People?
The Most Fascinating Animal Senses In The World
Can Cats Sense Our Emotions?
Why Is My Cat Pretending to Nurse?
My Cat Opens Their Mouth When Sniffing - Flehmen Response in Cats
Can Cats Sense our Fear?
Why do Cats Run Away? - And How to Stop It
Why Do Cats Sniff Each Other's Butts?

Sense of Smell in Cats - Why is scent important to cats? 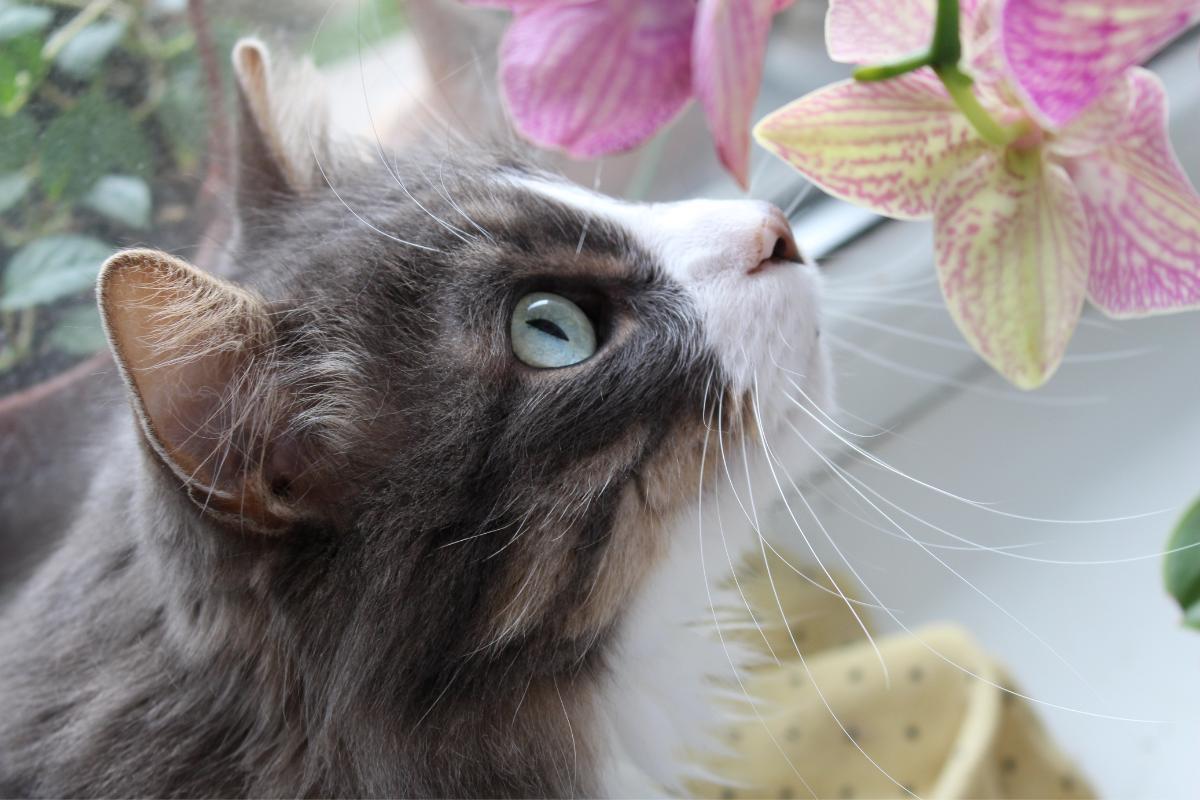 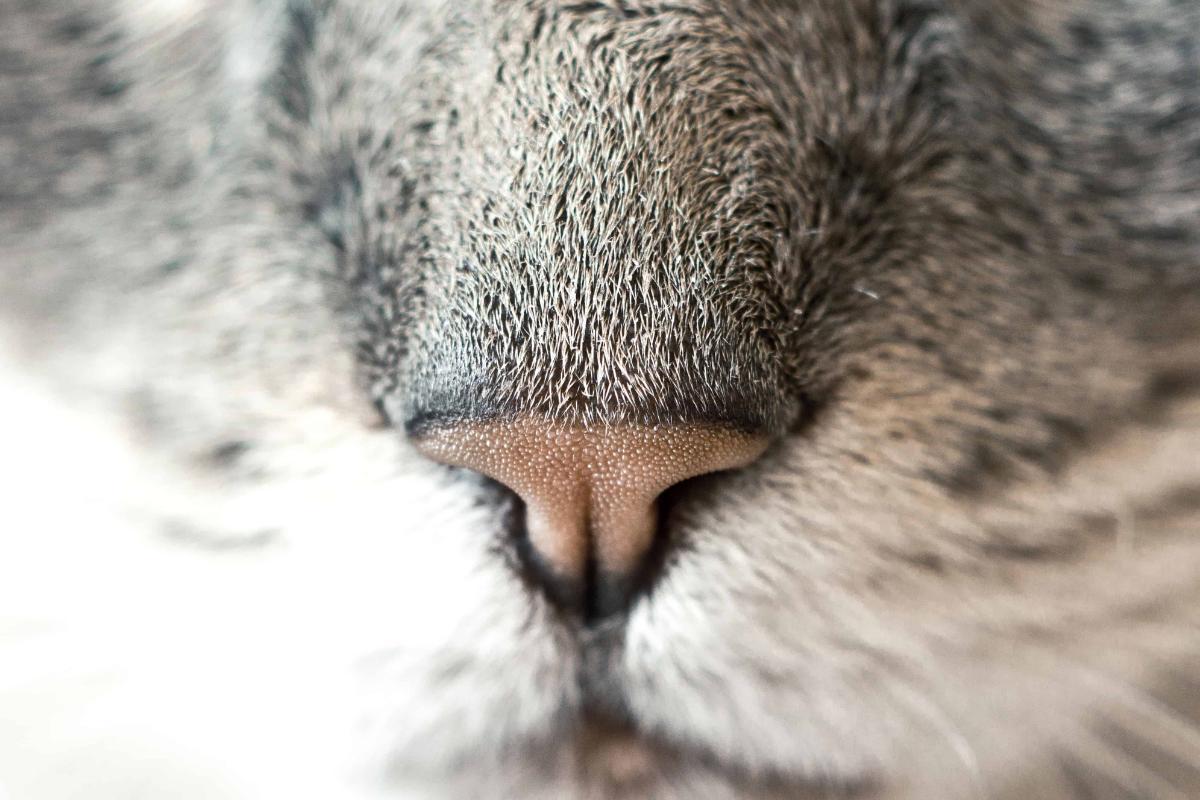 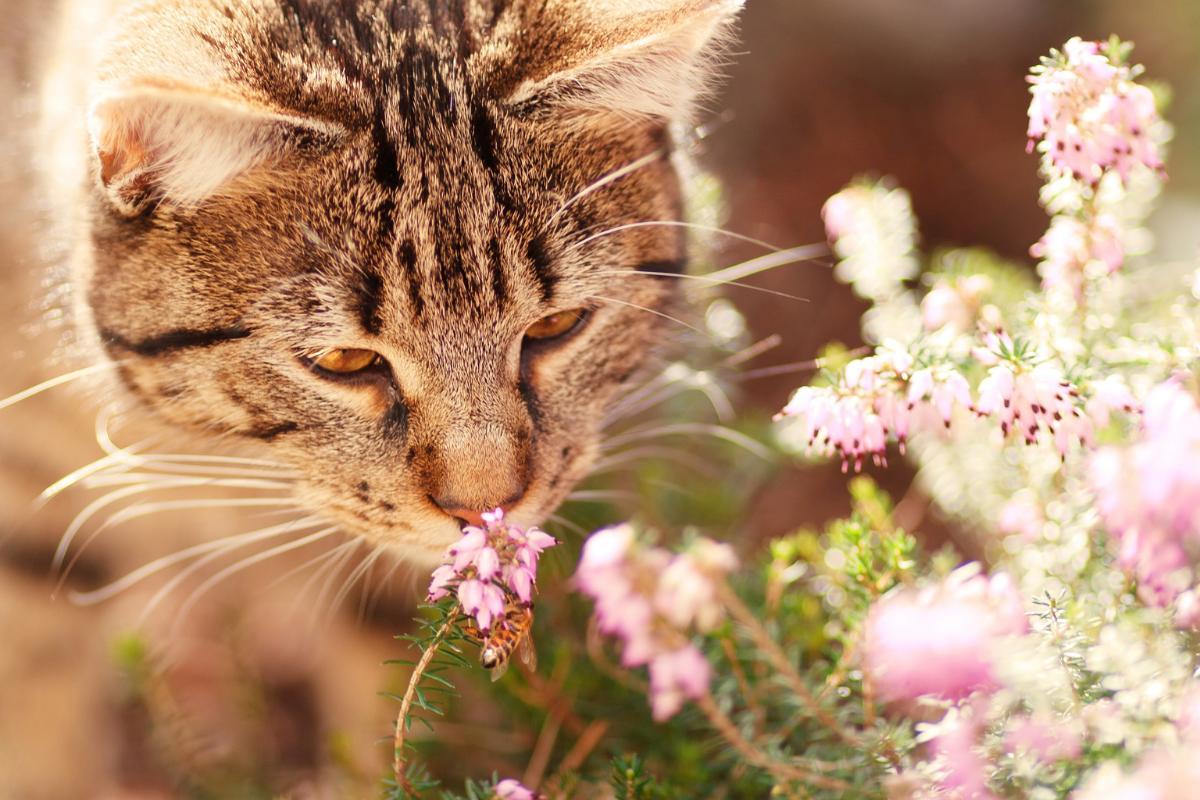 1 of 3
Sense of Smell in Cats - Why is scent important to cats?
Back to top