Why Does My Cat Smell My Face?

Cats have a very well develop sense of smell. It is believed they have between 45 and 200 million olfactory receptors. They use these receptors to pick up on aromas of even the smallest concentration within their environment. The privileged nose of felines means they use it as an important tool to find out information about the different stimuli around them. As body language is such a significant factor in feline communication, any movement should be considered for interpretation.

This is why AnimalWised asks why does my cat smell my face? What can they find out by sniffing our nose? Finding out the answers will help us to know how to keep a strong bond with our cats.

You may also be interested in: Why Do Cats Headbutt You?
Contents

We have already mentioned the amount of olfactory receptors cats have, but we should provide a little context to help explain their acute sense of smell. The epithelium is a type of tissue which lines the outer surfaces of different body parts and one of its functions is related to the senses. The olfactory epithelium is the tissue covering the olfactory system, i.e. the sense of smell. The book titled simply Neuroscience show us that an average human being of about 70 kg has a surface area of 10 cm². In contrast, a 3 kg cat has an olfactory epithelium of about 20 cm²[1].

Many people make the comparison between a dog's and a cat's sense of smell. While human olfactory epithelium covers a relatively flat area, a dog's “forms a complex maze, folding and curling over a number of bony protrusions... that form the nasal cavity”[2]. Dogs have many more than humans, but even more than cats. This is why it is believed that dogs have a better sense of smell than humans. In turn, this informs part of the reason dogs are used for various detection and security purposes.

However, a study published in 2017 suggests the acuity of a cat's sense of smell might be more than just a numbers game. The first thing the study suggests is that the role of smells in the form of “chemical signals in cat social relationships is not well understood”[3]. It also discusses the role of scent receptor proteins. The V1R protein is believed to be used to differentiate one scent from another. Humans have two variants of this protein, dogs have nine and cats have thirty. While the evidence is inconclusive, it could go to show that the way in which cats smell is even more advanced than once thought.

What we know for sure is that cats use their sense of smell to extract information from their environment and the individuals within it. Sometimes a cat will go to analyze a particular substance by ‘tasting’ it, something known as the flehmen response. They close their nostrils, open their mouth and inhale through closed teeth. They can use this to sense danger from potential predators, the reproductive state of potential mates or simply if there is food about.

It is important to know that this behavior goes far beyond just extracting information. Cats use their nose in a way similar to how we humans use hands. It can be used to instruct other members of their species, signal danger, grooming, mark territory and also display affection.

Why does my cat sniff my nose?

When a cat wants to smell your face, they often approach slowly and sniff your nose. We need to know that cats are very social animals and social interactions are an important part of their well-being. A lack of positive social interactions can have a negative impact on their emotional stability. These social interactions take many forms. While it happens less as they get older, playing is still a vital part of any healthy cat's life. Brushing and grooming are also very important. But some of the most basic interactions can say a lot.

You might ask yourself why does my cat smell my hands before I pet her face? It's easy to forget how intimidating we might look to a cat. If we reach down to pet a cat, they might feel threatened. But if they reach out with their nose and smell us, they will be able to know if we are likely to be a threat. Even though you may have a long relationship with your cat, they may still smell our hand to ensure nothing has changed.

When we are close to a cat, whether holding them in our arms or down at their level, it is common for them to smell our face. In particular, they seem to go for our nose. The first reason they smell our nose is that our nose sticks out, so it is the first thing they come in contact with. However, more importantly, our nose can tell a cat more about us than other parts of our face.

Our mouth and our nose betray a lot about us. If we have a cold, are dehydrated or have any physical impairment, our nose can give us away. Cats sniff this part of our body to get a gauge of our state of being. When a cat smells our nose or mouth, they are extracting information from its most potent source.

However, a main reason a cat smells our face or sniffs our nose is simply to greet us. While different cultures prefer a hand shake, cheek kisses or even a bow, cats use nose touching to say hello. We know this because we see them do it with other cats in their family group. If your looks like they are sniffing your face, they might not be ‘smelling’ as much as they are simply saying hello through body language.

If a cat sniffs or touches your nose, it is a very probable sign they have accepted you into their family. If they push their face into yours and rub their nose against you, this is also a very positive sign. Not only do they like you, but they are marking you with their own scent to let others know you belong to them.

Why does my cat lick and bite my nose?

It may happen that when a cat approaches to smell your face, they will reach out and try to bite or scratch you. the meaning of this action will depend on the context. If the cat gives you a soft bite on the nose, it is likely an invitation to play. They do this with their siblings when they are kittens and many cats maintain kitten behavior as adults with their human companions.

However, stronger bites and scratches give another clear sign. Far from wanting to play, they are showing aggression. This happens a lot with people who pick their cat up. Many cats do not like to be picked up at all, but most hate it when it is against their will. They may bite your nose as a sign to let them down and stop bothering them.

A cat may bite you because it is annoyed at a particular moment, but it is also possible they don't know how to play nicely. If they have had an inadequate socialization period, particularly if they have been removed too soon from their mother and siblings, they might not know how to interact properly.

Why does a cat sniff my face when sleeping?

Lying in bed and being rudely awakened by a cat can be an all to common occurrence for many cat guardians. They might paw at our cheek, be lying down on our chest or even be sleeping themselves on top of our head. Often they will come up and smell our face when we are lying down. The purpose of this can vary, but it may include:

As cats are more affectionate than we often give them credit, they might be smelling your face just to say hello. Cats will sleep and snuggle with other cats, even grooming each other in turns.

Now you know why a cat will try to smell your face, you may have noticed some other behaviors you find peculiar. These may include:

Why does my cat bring me stuffed animals?

When a cat is allowed outside, they will often kill small animals such as birds or rodents. There is little scientific consensus as to why this behavior is carried out. Some see it as an offering to share with their family. Others believe cats think we are lousy hunters. Whatever the reason, it is likely the same one as why cats bring us stuffed animal toys.

Why do cats paw my face?

Some cats will reach out a paw and touch their human companion's face. We should distinguish this from trying to scratch our face. This gesture is usually a means to get our attention. They may want some food or simply to be petted. It will often be accompanied by purring and it the same explanation as to why they try to cover our mouth with their paw.

Why do cats knead us?

Kneading behavior is used by kittens to stimulate their mother's breasts for milk. In their adult stage, it is believed this behavior is continued because it generates pleasure and a state of well-being. It is a positive sign and indicates a healthy bond between human and cat.

Why does my cat lick me?

Cats use licking to socialize. Whether they are licking your face, head or any other part of your body, it is another positive sign of kinship. It is associated with grooming and is a sign they consider us part of the family. They want us to stay happy and healthy. Some cats even lick us while we sleep. However, if this behavior is done compulsively and/or in a state of anxiety, then we should consult a veterinarian. 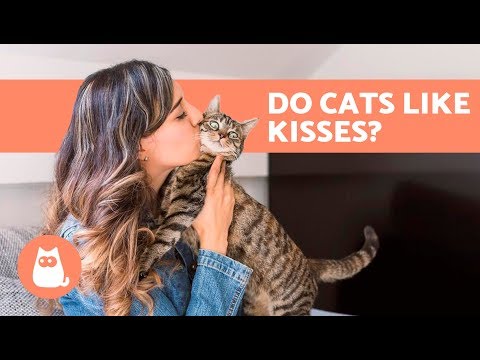 If you want to read similar articles to Why Does My Cat Smell My Face?, we recommend you visit our Facts about the animal kingdom category.

Why Does My Cat Smell My Face? 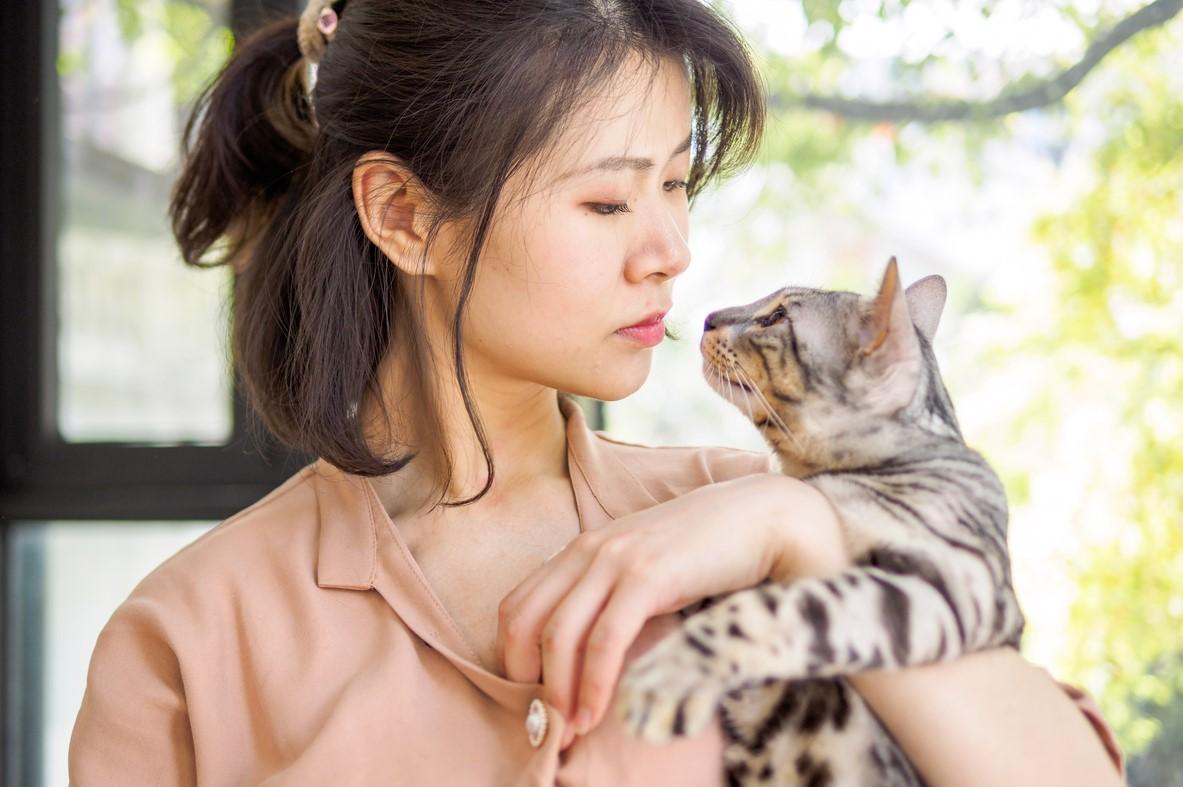 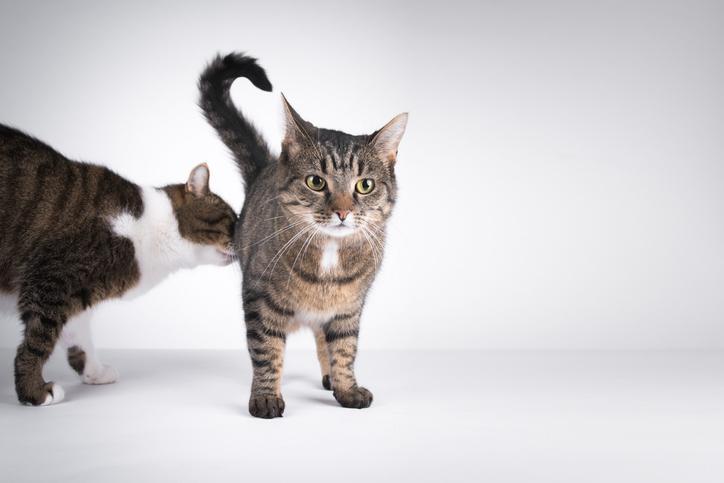 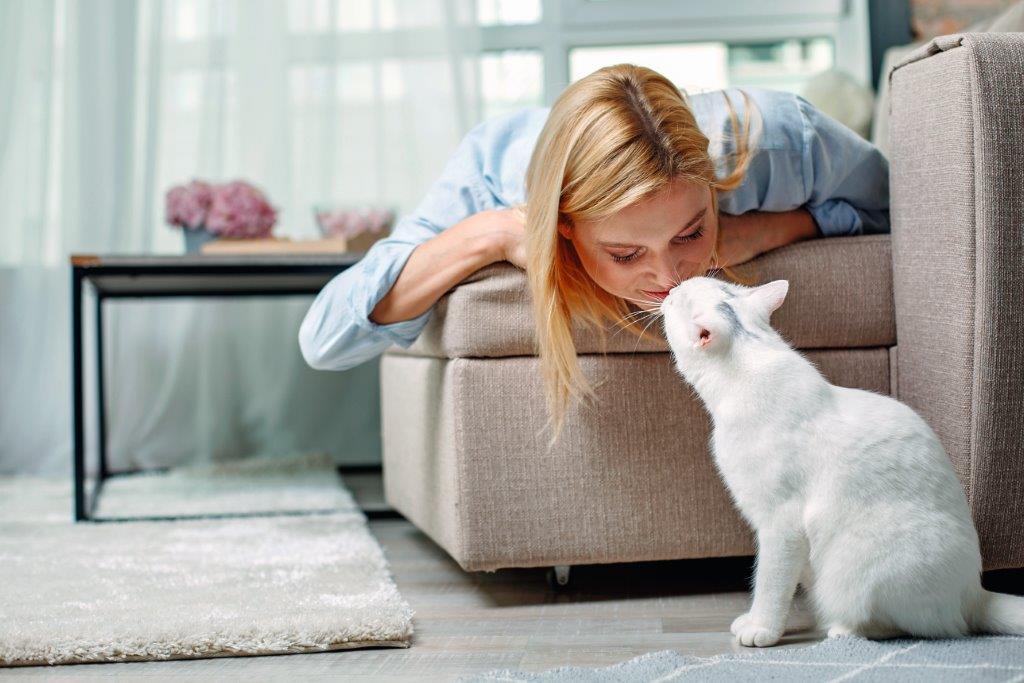 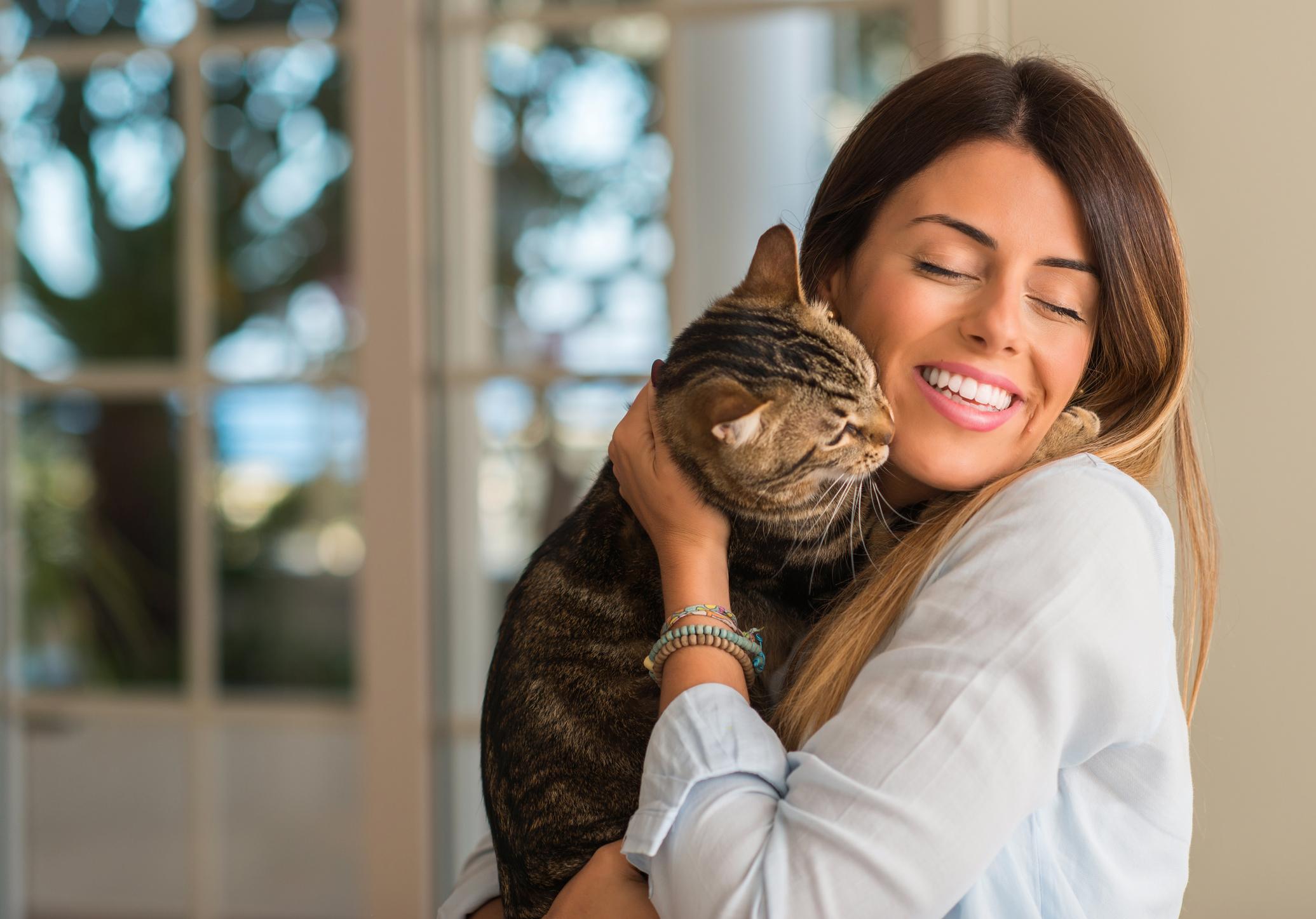