By Nick A. Romero, Biologist and environmental educator. Updated: October 19, 2022

Birds are a group of vertebrates with an impressive diversity in the animal kingdom. Aside from their beautiful physical features and the variety of their songs, birds also vary greatly in size. While there are some birds that are quite small, like insects, there are others that are so large that they remind us of the relationship between birds and dinosaurs. The shoebill (Balaeniceps rex), also known as the whalehead, whale-headed stork, or shoe-billed stork, belongs to the latter category.

Read this AnimalWised article to learn more about the shoebill's main characteristics, habitat, diet, and reproduction.

You may also be interested in: Different Types of Wolves and Their Characteristics
Contents

Taxonomic classification of the shoebill

First of all, we need to know how the shoebill is classified. Previously, this bird was considered with a different taxonomy, but now it is included in the group of pelicans, waders and herons. Shoebills are the only extant species of the genus and are classified as follows:

How does the shoebill look?

Shoebills (Balaeniceps rex) are a really impressive animal that is easy to identify and looks very curious. Let us take a look at some of its physical characteristics:

If you want to know more about other kinds of large birds, don't miss this article on the Rhea bird.

How does the shoebill behave?

Generally, shoebills are solitary birds. Only if food is scarce, several birds may be seen closer together. Breeding pairs are generally kept at a distance in their territories. Shoebills are also known for their slow movements and tendency to stand still for long periods of time, leading them to be described as "statuesque". To lose heat, this bird frequently flaps its wings to cool itself. When food is plentiful, this bird does not migrate, but may move within its range to nest or optimize feeding.

Despite its fearsome appearance, the shoebill does not usually attack humans and sometimes even allows them to approach the nest from a distance. It is common to see it flying over its territory during the day. If you are wondering if the shoebill can fly despite its size, the answer is yes, and it has great skills. It is usually a silent bird, although it sometimes makes noise with its beak.

There is no evidence that this species hunts tactilely, unlike some other large wading birds. This species hunts solely by sight. To maximize vision, it is usually observed with its head pointing vertically downward. Slowly and stealthily, it stalks its prey as it ambushes it. Then, when they see fit, they strike quickly and violently.

Where does the shoebill live?

The shoebill is a native bird of Africa and its range extends throughout the center of the continent, with significant populations developing in the Congo, Rwanda, Sudan, Tanzania, Uganda, and Zambia.

What does the shoebill eat?

The shoebill is a carnivorous bird and feeds mainly on fish such as the lungfish and Senegal bichir (Polypterus senegalus), as well as catfish of the genus Clarias and tilapia fish. The birds usually hunt fish near oxygen-poor waters, where some of them have to rise to the surface to breathe.

In addition, it feeds on rodents, amphibians, small crocodiles, turtles, and water snakes. It may also eat carrion and young birds. When it spots a prey, it can either remain still in the water and pounce on it or run through the water to catch it. Thanks to its sharp-edged bill, huge beak, and wide mouth, the shoebill is able to hunt large prey, much larger than other large wading birds, and it can use its large bill to dig lungfish out of their breeding burrows in the pond mud.

Reproduction of the shoebill

Because of its slow development, the shoebill generally takes longer to reproduce than other birds. Birds of this species are monogamous. Breeding pairs establish territories that can be as large as 1.15 square miles. Although the breeding season can vary by region, it usually occurs at the beginning of the dry season. From this point on, the birds become very territorial and defend their nests against predators.

From the beginning of nest building until the chicks hatch, the reproductive cycle lasts between 6 and 7 months. To begin, he prepares a 3 by 3 meter area on a floating island with vegetation where he builds a large platform nest about 1 meter in diameter. He lays about two white eggs that incubate for about 30 days. Usually only one of the eggs is viable. It is common for the parents to spray the nest with water and provide shade to cool the eggs.

Both parents are involved in all stages of reproduction. To feed the newborn, they regurgitate food for the newborn. When there are two chicks, the older one attacks the younger one. Then the parents repel the small injured chick and let it die for lack of care. Shoebills tend to develop more slowly than other birds and do not become independent until they are 3 months old.

If you want to know more about birds that are monogamous, keep reading this article on the 10 animals most faithful to their mates.

Conservation status of the shoebill

The International Union for Conservation of Nature (IUCN) has placed the shoebill in the "endangered" category. The biggest threat to it is the conversion of its habitat for agriculture, livestock or oil exploration. The bird is hunted for food or in the popular belief that it is an omen of bad luck, as well as for its marketing and sale to zoos.

How many shoebills are left in the world?

There are between 3,300 and 5,300 shoebills left in the world, but the population is declining, so certain conservation measures have been proposed. II is not only listed in the Appendix to the Convention on International Trade in Endangered Species, but certain Community plans are also being developed to protect this animal.

If you want to read similar articles to Shoebill - Physical Characteristics and Behaviors, Habitat and Diet, we recommend you visit our Facts about the animal kingdom category.

Bibliography
Similarities Between Humans and Chimpanzees - Behavior and Biology
Types of Ants - Characteristics and Photos
Differences Between Wasps, Hornets and Bees
Where Do Giraffes Live? Habitat and Distribution
Related categories
Endangered animals
Most read
1.
What Animal am I According to my Zodiac Sign?
2.
10 Most Beautiful Animals in the World
3.
What Does It Mean When a Cat Shows Up at My Door
4.
The 10 Most Solitary Animals in the World
5.
Top 10 Smells Dogs Hate
6.
How Many Types of Lions Are There?
7.
Why do Dogs Get Stuck when Mating?
8.
My Female Dog In Heat Won’t Accept A Male - Causes
Types of Felines - Characteristics and Examples
What are Ungulate Animals? - Definition, Characteristics and Examples
Native Animals of Utah: Wildlife and Habitat
Differences Between Coyote and Wolf
Search and Rescue Dogs: Traits and Characteristics
Dolphin Characteristics
Where do Leopards Live? Habitat and Distribution
Carnivorous Birds List - Examples of Birds of Prey 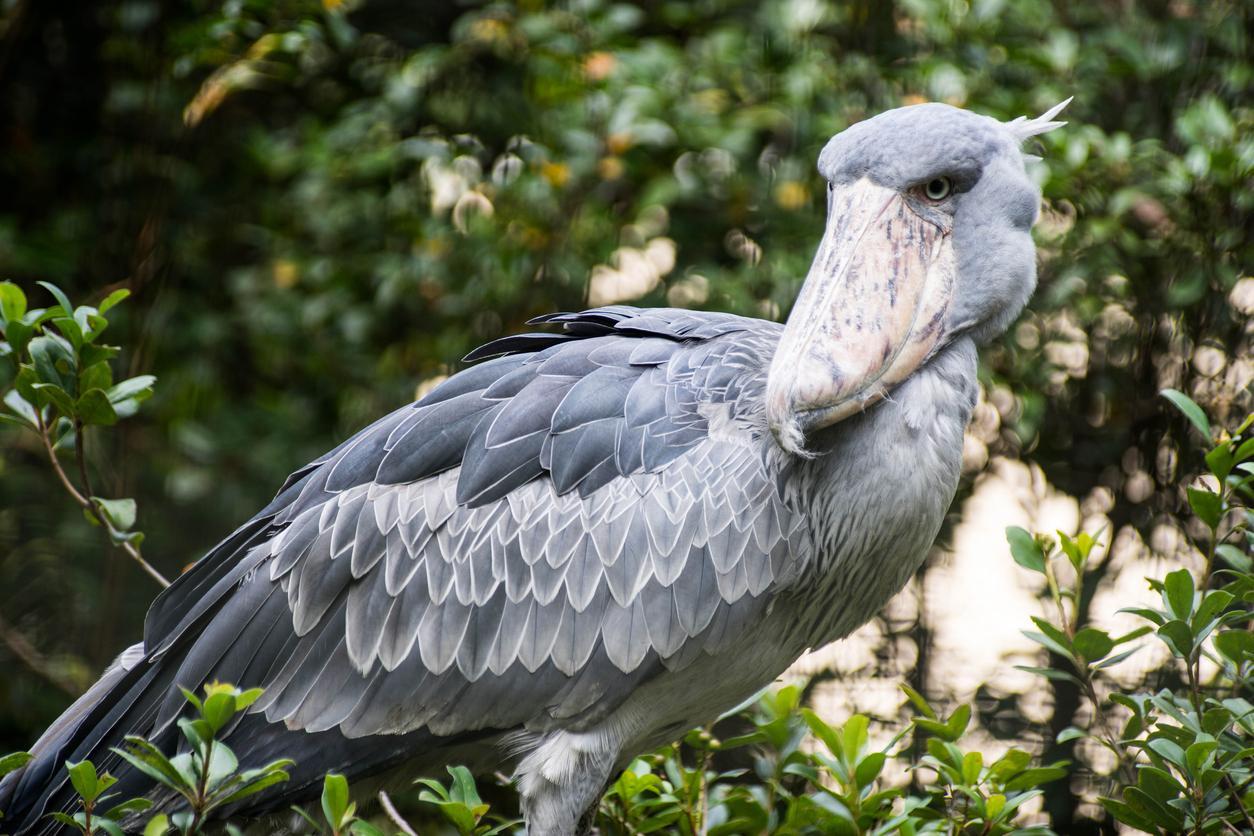 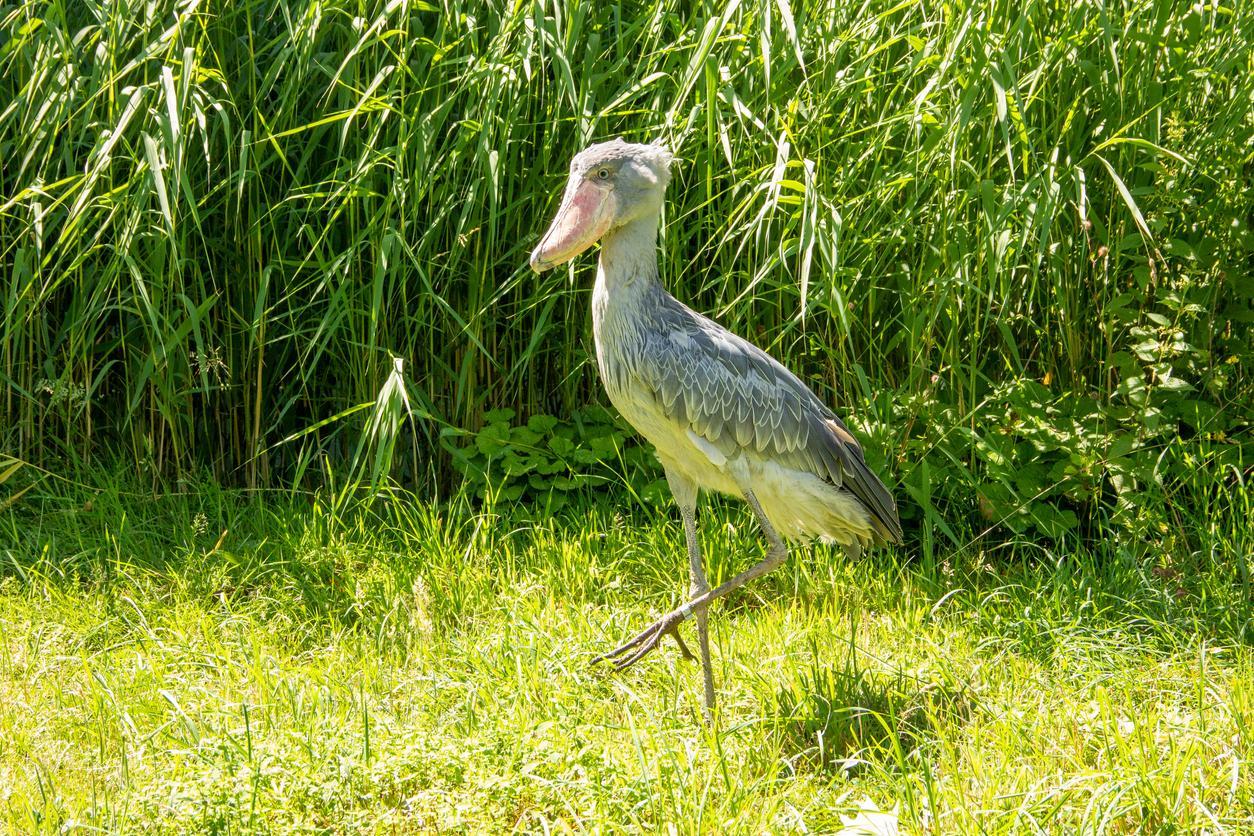 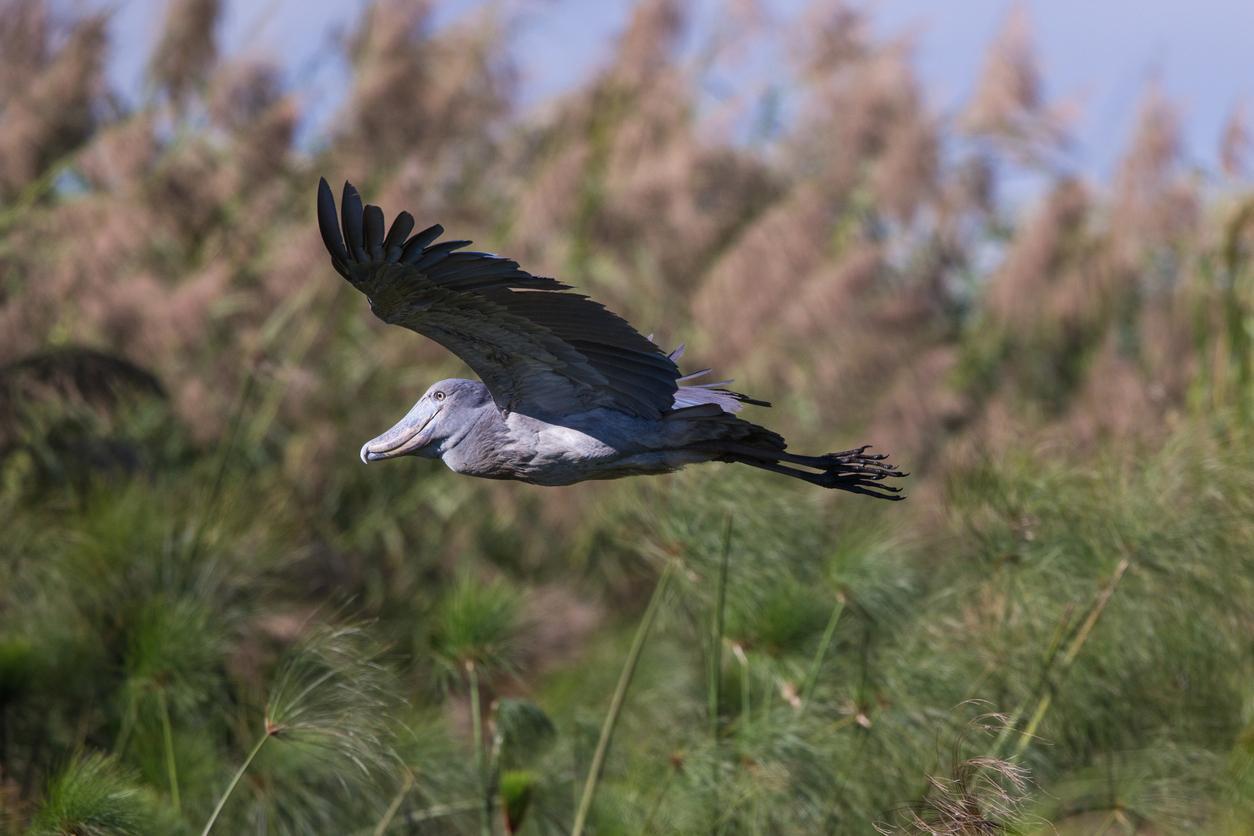 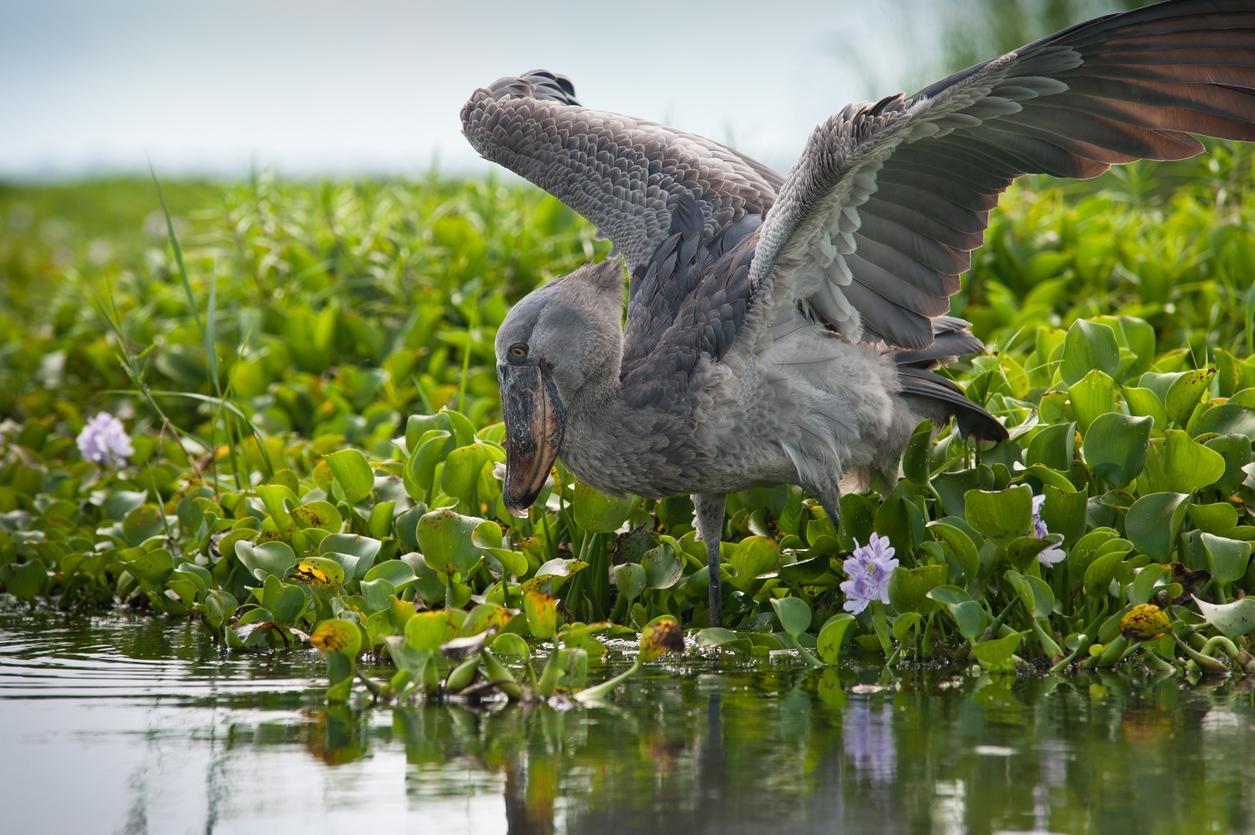 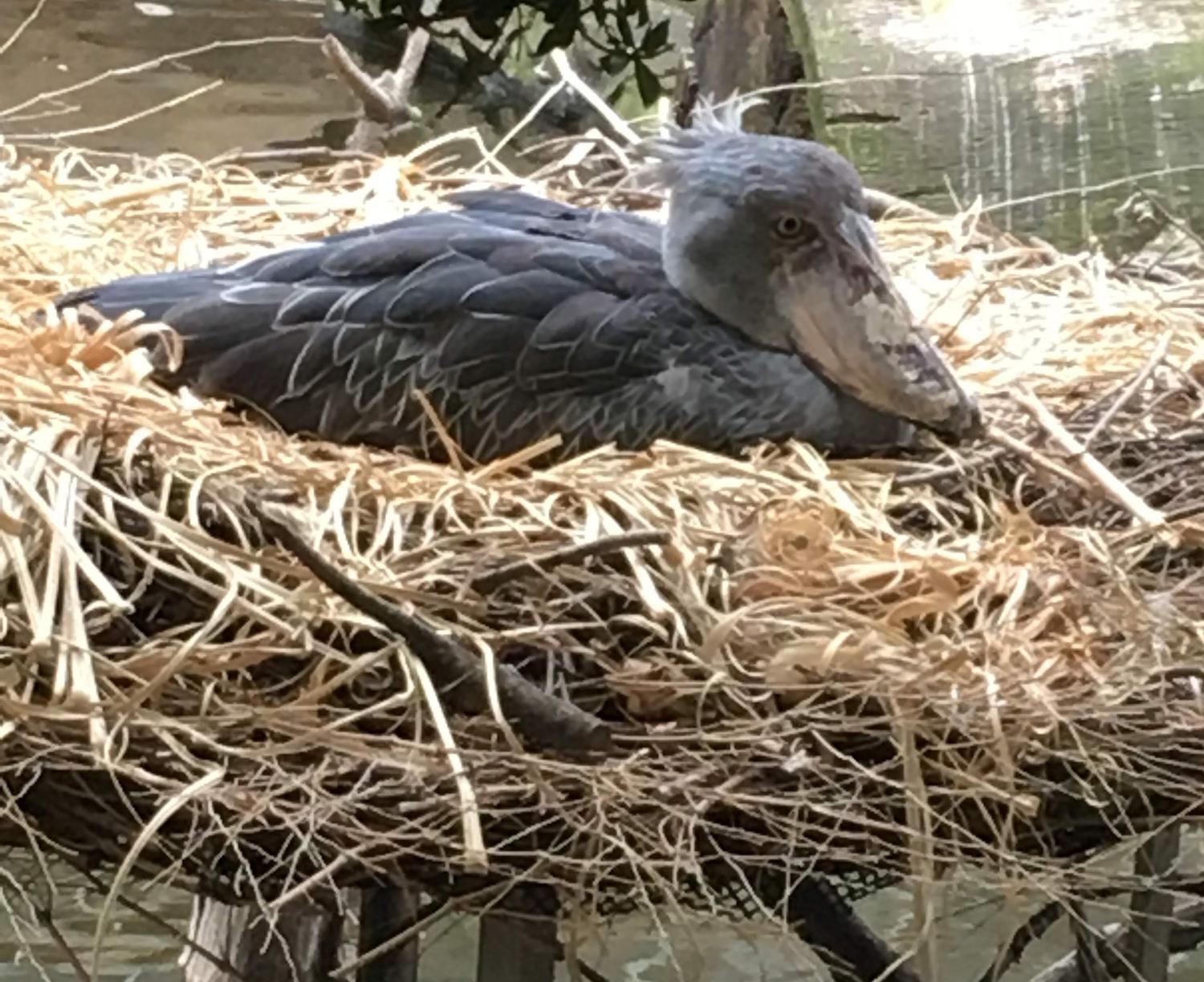 1 of 5
Shoebill - Physical Characteristics and Behaviors, Habitat and Diet
Back to top