The 4 Fastest Dog Breeds in the World

There are many different dog breeds around the world, and they all have particular appearances, temperaments, characteristics, and different qualities and special features which distinguish each breed from one another. If the quality you're interested in is speed, you probably already know that greyhounds are the fastest dogs. However, you might not know that much about the different breeds of greyhounds.

Greyhounds are dolichocephalic - they have narrow and elongated heads - instead of being brachycephalic - with short and broad heads - like other dog breeds. This has been a primary reason as to why greyhounds have evolved towards speed.

This cranial characteristic gives them stereoscopic vision (high resolution vision), which other dog breeds do not have. Wolves also have this extraordinary degree of vision. Put simply, if you have to run lots in pursuit of your prey, good vision will be necessary in order to see where you're going to step on with your next stride so that you can quickly reach your goal.

If you want an exact answer to which dogs are the fastest, you will find it here at AnimalWised.

You may also be interested in: The 5 Smallest Dog Breeds in the World
Contents

At first, English Greyhounds (like all other breeds of greyhounds) were used for hunting by royalty. Over time, these animals have become involved in the detestable world of greyhound racing, which moves huge amounts of money.

Fortunately, nowadays there are more and more sensitive people who adopt greyhounds as pets. Greyhounds are loyal, affectionate, gentle and obedient companions - and surprisingly quiet and lazy. They are undoubtedly magnificent pets.

The Spanish Greyhound, or Galgo Español,is a thoroughbred which is native to the Iberian Peninsula. It is an ancient breed which experts say derives from the hunting dogs of the pharaoh courts of Ancient Egypt.

It is an exceptionally athletic dog, able to run at 60 km (37 miles) per hour. They can be differentiated from English Greyhounds through their rear being higher than the front, and they are smaller in general.

This is probably the most widespread dog throughout Spain, as it is used in various forms of hunting and sports. Unfortunately, in rural Spanish populations these poor dogs are unbearably mistreated. Luckily, there are associations that protect animal rights, and there are increasing numbers of families who have taken exploited dogs into their home.

The Saluki is a dog with a long history. Egyptian pharaohs used this dog breed in their days of big-game hunting. It's known that there are inscriptions in pharaoh tombs dating back to 2000 B.C. speaking of this ancient breed of greyhound.

Experts say that the Saluki descended from the wolves of the Ara desert. Nowadays, Bedouins use the Saluki as a dog for hunting gazelles. Some are also kept as pets, and they are valued very highly. It is an ancestor of the Spanish Greyhound.

The Afghan Hound can run fast between rocks, crevices and obstacles of the rugged Afghan mountains. Apart from its extraordinary vision that allows for a clear view of its surroundings, the Afghan hound has a physical characteristic that distinguishes it from other dogs: its kneecaps.

The structure of an Afghan hound's kneecaps allows the bottom half of its strong legs to rotate asymmetrically and individually. As such, the Afghan greyhound can place each of its four legs in the best position on the ground. For this reason, this magnificent dog can pursue the elusive mountain goats in the impressive Afghan mountain ranges without hesitation. It is a dog for big game hunting, which is a highly valued characteristic to have in Afghanistan's climate and extreme terrain.

In other parts of the world the Afghan hound is considered a "gentleman's" dog, when in fact its extraordinary beauty and its distinguished manners mask the relentless hunter that it is deep down.

If you want to read similar articles to The 4 Fastest Dog Breeds in the World, we recommend you visit our The most... category. 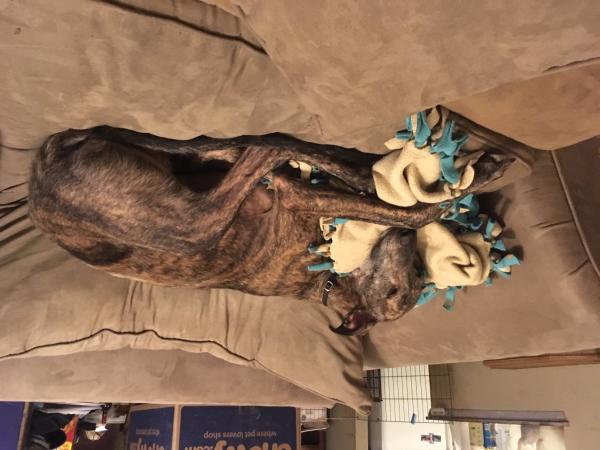 Lots of good information here. However, one common misconception I wanted to address (which is being propagated by groups with an agenda) is the "detestable" Greyhound racing. The vast majority of racing greyhounds are actually VERY well cared for, as can be evidenced by the exceedingly good health of most retired and adopted racing Greyhounds. Yes, a small minority are mistreated by disreputable owners, but that is the exception rather than the rule. This is only logical, after all Greyhounds in good physical and mental condition will be able to perform better on the track and as a result will be more able to win races.

Galgos, on the other hand, ARE often horribly mistreated when they are raised for sport (hunting wild hare). This includes partially starving them before the hunt to make them more "enthusiastic", and treating them like garbage if they don't hunt well enough. Fortunately, this is changing (slowly, unfortunately), and among other things there are several wonderful and very dedicated rescue organizations in Spain that work very hard to save, rehabilitate (when needed) and rehome Galgos. My wife and I have a rescued Galgo from one of these organizations, and he is an absolutely wonderful addition to our family. He is also MUCH faster than the Rhodesian Ridgebacks we also own. There are also Galgos in Spain that are kept as pets, and these are generally treated much better.

Jon
Sjef Janssen
05/09/2018
I missed in here the Barsoi. The Barsoi is faster than the Afghan. But slower than the Greyhound.

While the Borzoi is indeed a very fast dog, it is difficult to claim that it is actually faster than the Afghan for the simple reason that there is not sufficient study. We admit the limits to our research, so it would have been possible to include the Borsoi, but the Afghan is much more common and still possibly faster. If you have definitive studies claiming otherwise, please share and we'd be happy to take a look. Thanks for your comment!
The 4 Fastest Dog Breeds in the World 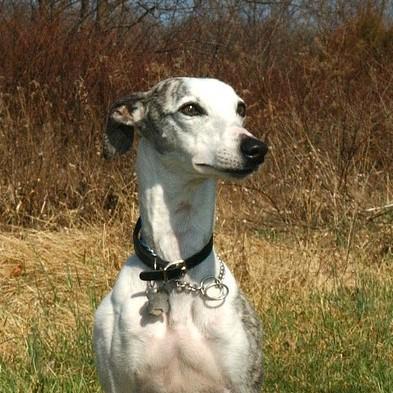 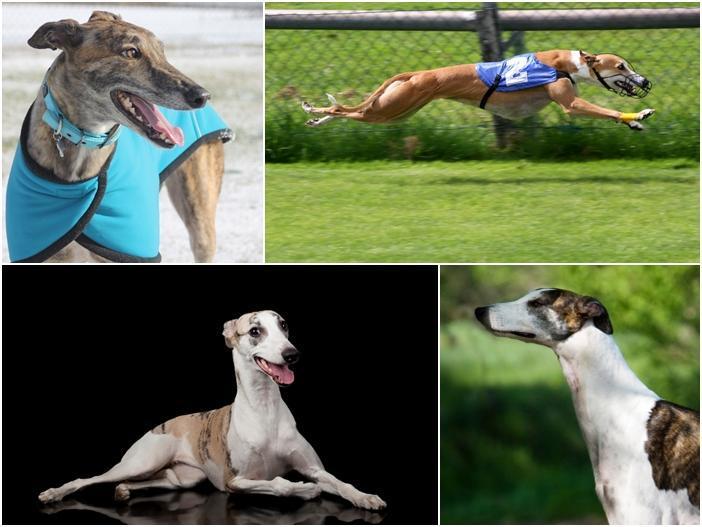 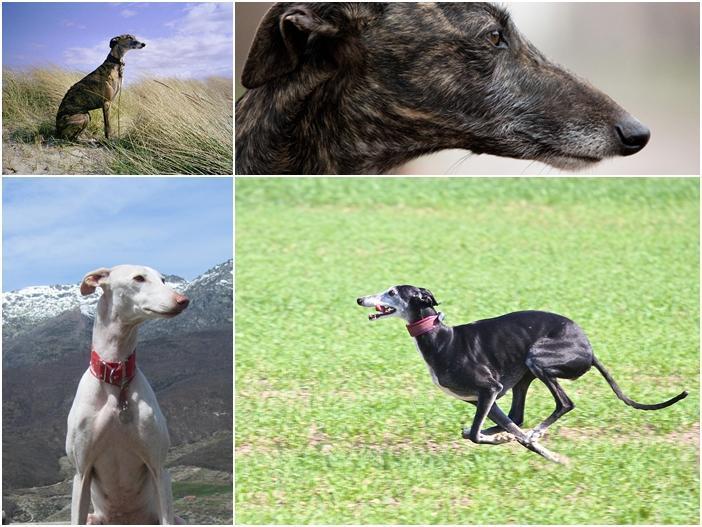 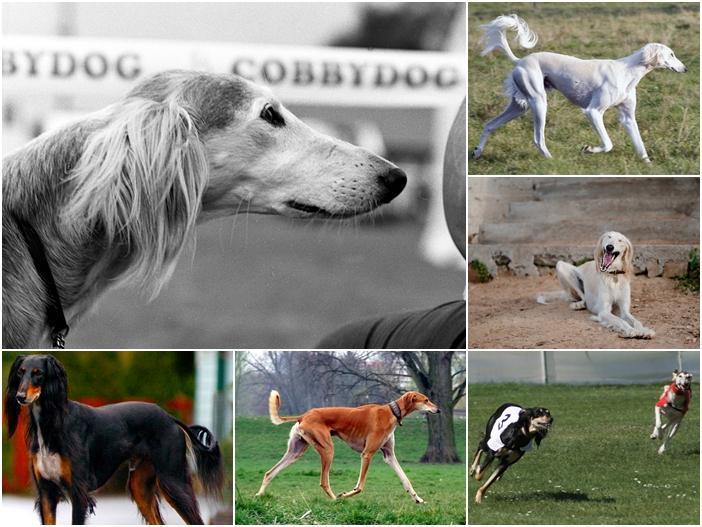 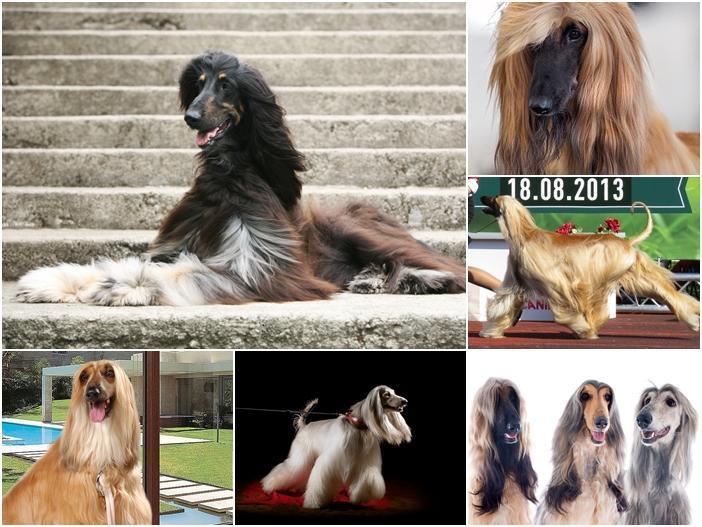