The 8 Most Beautiful Saltwater Fish in the World

No matter their size or appearance, all saltwater fish have a function and value within their ecosystems. Saltwater fish are usually classified according to their habitat into five groups:

Many freshwater and saltwater fish are captured to be in aquariums so that everyone can enjoy their beauty. However, we at AnimalWised prefer to see fish in their free, original state.

In this article will go over the 8 most beautiful saltwater fish in the world. We've chosen them because of their striking colors and shapes; still, this is a subjective list and we'll welcome your ideas and suggestions in the comments section.

You may also be interested in: The 8 Most Dangerous Reptiles in the World
Contents

The mandarinfish (Synchiropus splendidus), also called the mandarin dragonet, is one of the most beautiful saltwater fish in the world. However, they are very difficult to keep in aquariums.

This stunning saltwater species is quite small, and it's notable because of its feathery fins and its vibrant colors that look almost phosphorescent. The mandarinfish is one of the two only true blue vertebrates, together with the picturesque dragonet (Synchiropus picturatus). Mandarinfish love to dress in blue, but they also enjoy captivating us with orange, yellow, green and purple patterns.

The mandarinfish lives in the Pacific Ocean, especially in the north of Australia. Its bright colors are due to its living in coral reefs. It camouflages in its colorful environment, as it has a timid temperament and prefers to come out at night when it is time to mate.

As its name says, this fish is all fire. The vibrant red-orange of the flame angelfish (Centropyge loricula) does not go unnoticed nor from afar; it's like a warning sign, except it's not dangerous or aggressive at all. Out of all the saltwater fish in the world, this is among aquarium-keepers' favorites.

Flame angelfish have a flat, vertically elongated body marked by dark bands. They live near the surface of the tropical regions of the Pacific Ocean, especially around Oceania and Hawaii. It inhabits coral reefs and lagoons.

The parrotfish is not actually a species, but a family of 95 known by the scientific name of Scaridae. They have a beak-shaped mouth because their teeth grow tightly together outside their jawbones, but they still have lips. This makes parrotfish look quite strange, but also oddly adorable.

Parrotfish live in tropical and subtropical regions of different oceans, but most of the most beautiful ones can be found in the Indo-Pacific. They are very important for the survival of coral reefs because they eat certain types of algae and other pests that can destroy these precious ecosystems. Parrotfish also inhabit rocky coasts.

In the picture you can see a bicolor parrotfish (Cetoscarus bicolor), which lives in the Red Sea.

Clownfish, also called anemonefish, are a subfamily called Amphiprioninae. These kind of fish are particularly interesting beyond being some of the most beautiful saltwater fish in the world; clownfish are protandrous hermaphrodites, which means that they are all born male but some of them change to female later in their lives.

Anemonefish are native to the Indian and Pacific oceans. They prefer warm waters, so they can mostly be found in reefs, shallow seas or lagoons.

These fish depend on the sea anemone with which they have a symbiotic relationship; the sea anemone is their home, and in exchange the clownfish removes the anemone's parasites. Clownfish live in groups with hierarchies, and it is the males who protect the young.

Clownfish were popularized by the famous Pixar-Disney film Finding Nemo. The characters of Nemo and Marlin are ocellaris clownfish (Amphiprion ocellaris). Not all clownfish are orange and white; some of them are yellow, pink, red or black.

Here you can learn more about feeding a clownfish.

The forceps or yellow longnose butterflyfish (Forcipiger flavissimus) is one of the most popular and beautiful saltwater fish in the world, and it is a favorite among aquarium keepers.

Yellow longnose butterflyfish live in the coral reefs of tropical waters of the Indo-Pacific, and their range is very wide. These beautiful small fish usually travel in pairs, except in the case of the youngest ones, who travel in groups. They are monogamous, and they are also highly territorial.

At AnimalWised we love the names given to some animals, especially fish. The palette surgeonfish (Paracanthurus hepatus) looks exactly how the name suggests: It is painted with spectacular colors of blue, black and yellow in the pattern of a painter's palette. The name "surgeonfish" comes from the scapel-shaped tail. It is also called "regal blue tang".

Like most of the fish in our list of the most beautiful saltwater fish in the world, palette surgeonfish inhabit the coral reefs of the Indo-Pacific, including the Great Barrier Reef. Palette surgeonfish live in small groups or pairs.

This fish is as elegant as magnificent, not only physically, but also in behavior. The Banggai cardinalfish (Pterapogon kauderni) has a regal and elegant royal manner as if it had appeared from an ancient legend.

This type of fish is native to the Banggai Islands of Indonesia, hence their name. Unfortunately, in its wild state, the Banggai cardinalfish is endangered due to overfishing in order to import it to different aquariums around the world and also due to being caught up in trawling.

Like other species of fish, such as the clownfish, the female Banggai cardinalfish is the one who lays eggs but the male protects and raises them.

Isn't that a wonderful name? The blueface or yellowface angelfish (Pomacanthus xanthometopon) is notable for its naturally peculiar mask and spectacular complexion. Its face is bright and saturated with color, while the rest of its body seems to shimmer - this makes the blueface angelfish one of the most beautiful saltwater fish in the world!

Yellowface angelfish live in the Indo-Pacific, especially in shallow waters near Indonesia, Micronesia, Australia and northern Japan. They love privacy, which is why they spend a lot of time in caves and lagoons.

These are the 8 most beautiful saltwater fish in the world. Did we miss your favorite? Tell us in the comments section!

If you want to read similar articles to The 8 Most Beautiful Saltwater Fish in the World, we recommend you visit our Facts about the animal kingdom category.

The 8 Most Beautiful Saltwater Fish in the World 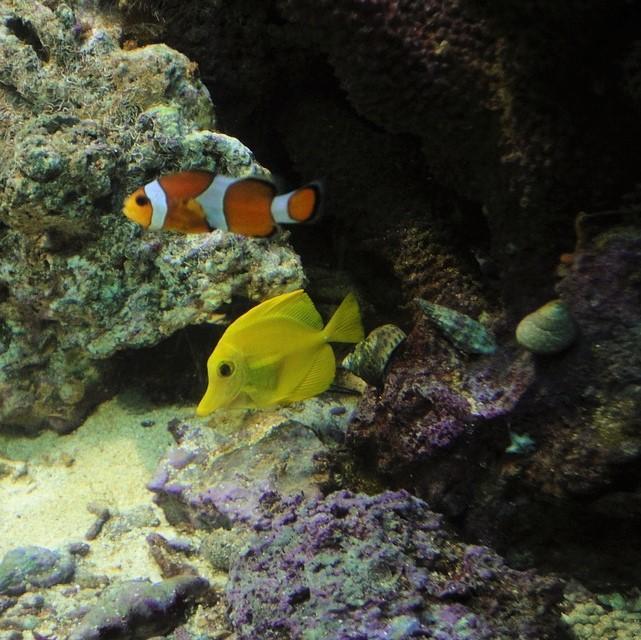 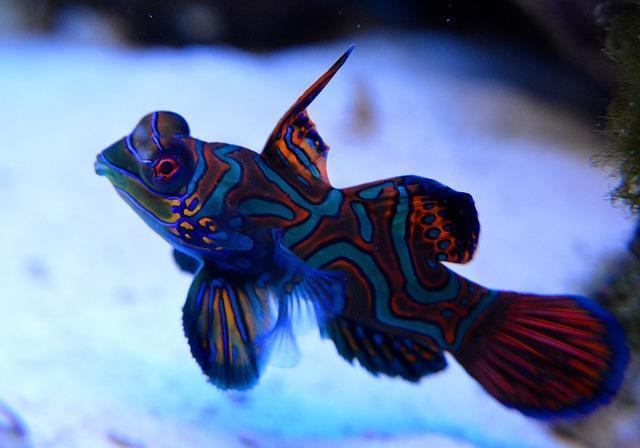 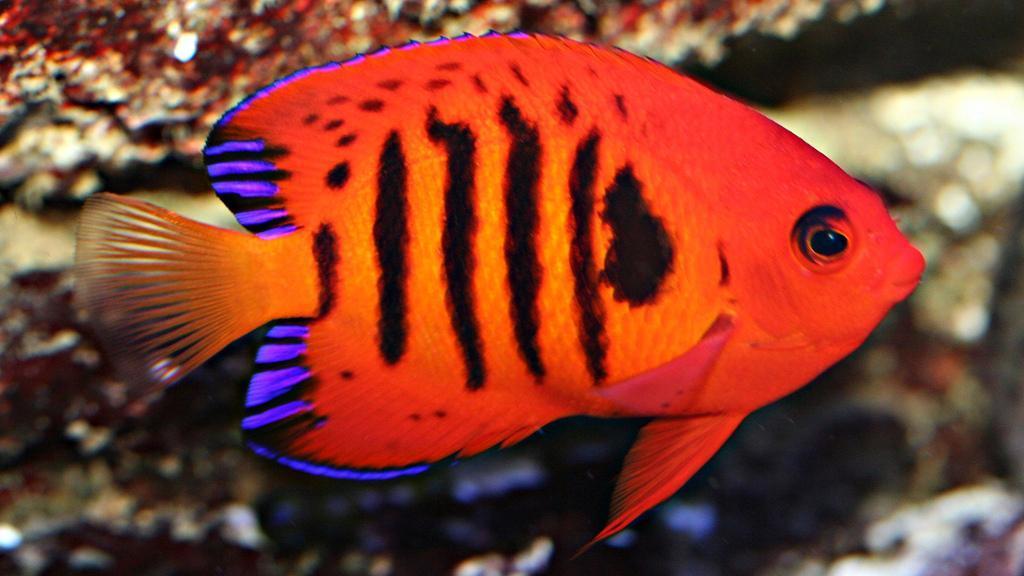 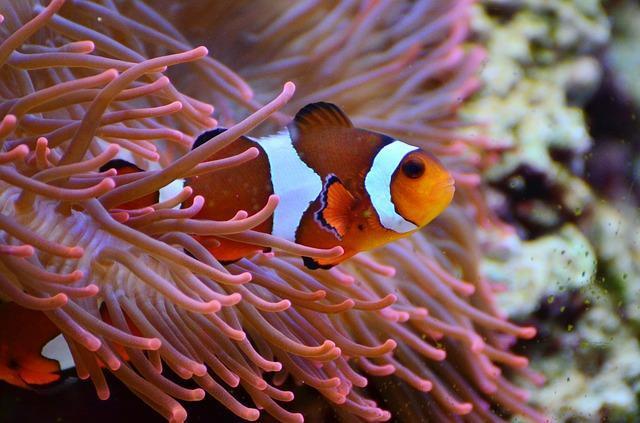 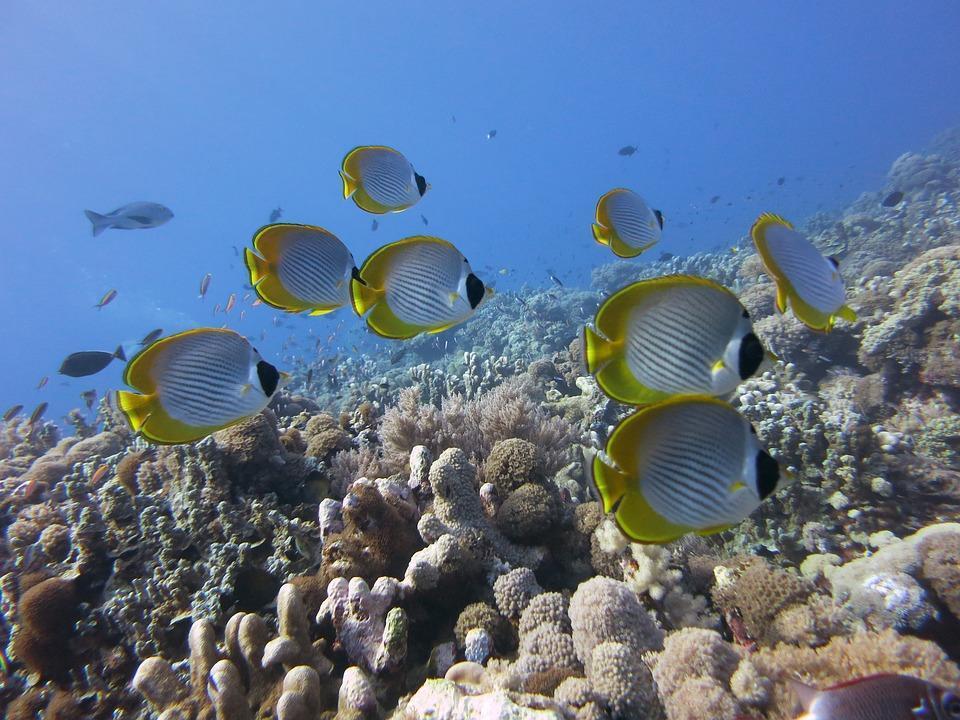 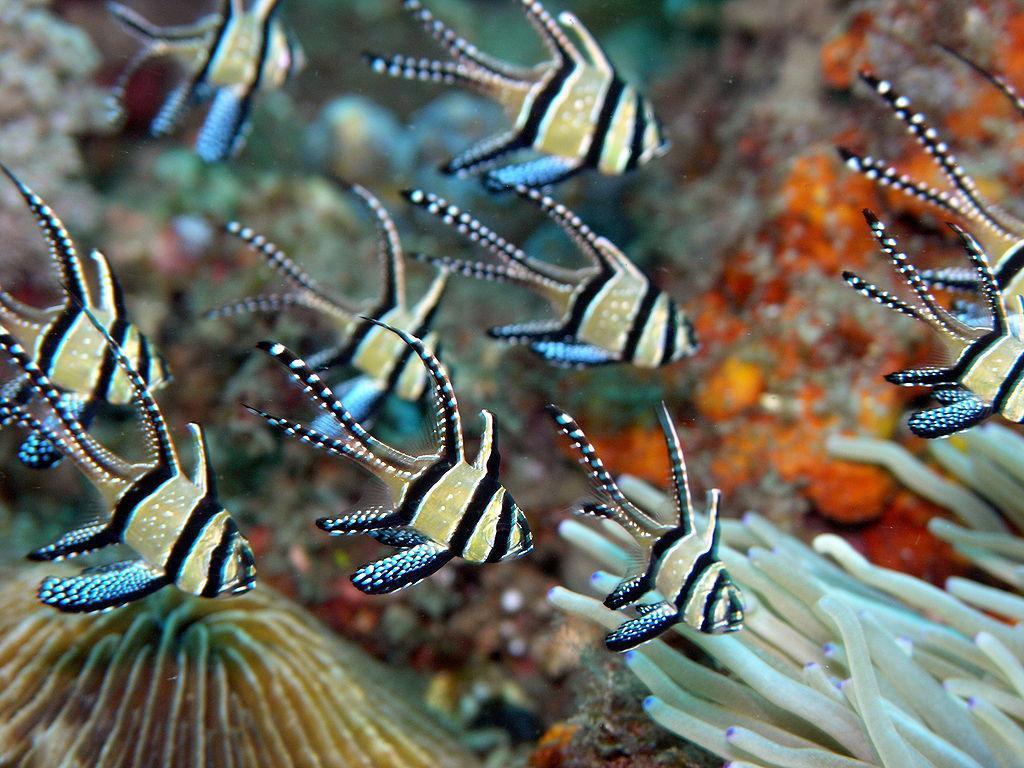