The word dinosaur comes from Latin, whose Greek translation would be "Terrible Lizard", a name that fits the stars of Jurassic Park like a glove. These big lizards that dominated the world were at the top of the food chain and have been there for a long time. In order to be able to fully and honestly address the question that brings us all here today, which is: Which are the top 7 carnivorous dinosaurs? On AnimalWised, it seems important to us to introduce the time when our friends the lizards lived to bring you, we hope, to a better understanding of what dinosaurs could be.

You may also be interested in: Most Popular Herbivore Dinosaurs
Contents

Their domination lasted more than 170 million years and was extended over most of the Mesozoic (commonly known as the Secondary Era or reptile era). This geological age ranges from -252.2 million years to -66.0 million years.

The Mesozoic lasts a little over 186.2 million years (AC) and is composed of three periods:

Some interesting facts about the Mesozoic (the period in which our companions lived):

In this AnimalWised article on the top 7 carnivorous dinosaurs we hope to paint a succinct painting in which you will now be able to imagine the world of these terrible lizards. If you want to recreate dinosaurs as in the Jurassic Park movie... We're going to have to use our imagination and we'll ask you to be guided by our words, which we'll choose precisely to depict these strong carnivorous dinosaurs.

The most famous dinosaur lived during the last stage of the Cretaceous, about 68 to 66 million years ago in what is now North America. Etymologically its name means "King of the tyrannical lizards" and, because of its size and scope, we have no doubt that it deserves its sovereign status. The Tyrannosaurus Rex was a bipedal predator with a massive skull, it found its balance in its long powerful tail. Studies show us that Tyrannosaurus Rex was one of the largest terrestrial carnivores the earth has ever seen. Indeed, with a length of more than 13.2 metres, 4 metres at hip height and an estimated weight of up to 8 tonnes, this was a "beautiful baby".

The diet of a Tyannosaurus Rex

Two theories differ as to how the Tyrannosaurus Rex fed. The first supports Spielberg's vision in Jurassic Park, so we would have to deal with what we call a super-predator, at the top of the food chain with the possibility of hunting the prey they want to hunt, but with a preference for large herbivores such as Hadrosauridae and Ceratopsidae (a family in which we find triceratops and Styracosaurus). Whereas other experts say that the most famous dinosaur would have been first and foremost a scavenger.

The appearance of the T-Rex

Based on studies, the longevity of Tyrannosaurus has been estimated at 28/30 years. The size of the tyrannosaurus varied and thus grew until they were about 21 years old, in fact until 14 years old, the T-rex young ones did not exceed 1800 KG (283 st 6 lb), from that age onward they had to undergo a growth spurt because their sizes increased significantly (600 KG/year or 94 st 6 lb/year for 4 years) to finally stabilize around 18 years old. This growth phase would be assumed to be similar to the sexual maturity phase in humans.

The arms of the T-rex, the subject of mockery on the internet for a good reason, are incredibly small in relation to its size and measure only one meter tall! According to the anatomy of their arms, everything would seem to indicate that they were designed to grip quickly and tightly.

Our collective imagination forces us to think that dinosaurs are cold-blooded creatures like the lizards of our time. However, it seems that the T-rex had warm blood, which implies a very active life. The T-rex has been a part of our collective unconscious for the last twenty years or so and its popularity has only increased due to the discoveries we have been able to make in recent years. We hope to have succeeded in depicting a thorough picture of what the Tyrannosaurus Rex once was.

Because the Velociraptor is not a lonely hunter, they used a coordinated attack pattern and is always in power, making them one of the top carnivorous dinosaurs, as well as the most savage. They split the air and would lacerate you with a 20-centimeter retractile claw, razor sharp, on their middle finger. They wouldn't bother to bite your jugular, like a lion, oh no... They would cut you through the chest or groin ... They may have opened your belly and poured out your intestines. The worst part is... you would be alive when they were eating you." Dr. Alan Grant Jurassic Park.

The no less famous Velociraptor, whose etymology means fast thief, had a real weapon in the mouth, we count more than 80 sharp teeth mounted on one of the most powerful jaws in history.

Belonging to the theropods family (family including the great majority of large carnivorous dinosaurs), they lived at the end of the Cretaceous between 80 and 70 million years before our era, so they would never have coexisted with the T-rex.

Appearance of the Velociraptor

It measured about 1 meter 50 to 2 meters (4.9 ft to 6.5 ft) from head to tail and weighed 15-20 kg (2 st 5 lb-3 st 2 lb). Biped, their hind limbs were equipped with a retractable claw that they used to stab their prey. It is distinguished by its very narrow and flattened head, but the volume of its brain is relatively large compared to its size. Their morphology suggests that they had a three-dimensional view. Their tail could stiffen to give them balance when they ran on both hind legs.

Numerous studies have shown that the Velociraptor was a feathered dinosaur, but these were not enough for them to fly, it was thought to be used as a thermoregulator.

It would have been one of the fastest dinosaurs, thanks to 3D simulations we estimate that it could have run up to 60 km/hour.

He was one of the most intelligent and wolf-like dinosaurs and hunted in group.

Era of the Allosaurus

Its name means "different lizard", it belongs to the same family as the velociraptor (theropod), it walked this earth around 155 to 145 million years ago around what is now called North America and Europe. They are one of the most famous dinosaurs for scientists, they became the stars of documentaries and is nowadays one of the most studied dinosaurs.

Appearance of the Allosaurus

Like the Velociraptor, it was a biped with a tail like a pendulum. It had long arms with three griffled fingers. The U-shaped neck supported a powerful jaw armed with a blade shaped tooth. It is thought that the Allosaurus could have measured between 8.5 meters (27.8 ft) and 12 meters (39.4 ft) in length and weighed about 2.2 tonnes (314 st). They mainly ate herbivorous dinosaurs such as the Stegosaurus. There are divergent opinions about the social behavior of the Allosaurus, some people think that they hunted in packs when others think that they were aggressive towards members of their own breed.

Etymologically its name means "delicate jaw", it is a small carnivorous dinosaur of the order of the saurischia, descending from the theropod family. It would have lived between -155 and -150 million years before our era. Only two fossils of this species have been found, one in Bavaria and the other in the south of France.

Appearance of the Compsognathus

It's a biped of about a meter long. He had fine, light bones and probably ate insects and small prey. He was a small dinosaur in both length and finesse, which allowed them to run at an estimated 60 km/hour or more. Their hands only had three fingers, one of which was atrophied. At the top you could see its light skull, then elegantly arranged by mother nature you could see its legs just as thin and the whole body was sumptuously crowned by a tail that, you will have guessed it, was thin and light.

Etymologically its name means "he who imitates the chicken". It is one of the ornithomimid dinosaurs of the late Cretaceous period.

It was one of the largest ornithomimid dinosaurs, measuring in length between 4 to 6 meters (13 to 19 ft), weighing up to 440 kg (69 st 4 lbs). It had many similarities to a bird, with a smaller head, a long neck, short forelegs, long hind limbs and a long tail. With eyes on either side of the skull, one can assume that they had binocular vision. Theyhad hollow bones, like the birds of our time. It is assumed that he was running fairly fast, but too little information was collected about him to determine with any certainty. It is assumed that Gallimimus was an omnivorous dinosaur.

Its name means,"Alberta lizard", it is part of a genus of theopod dinosaurs belonging to the family of tyrannosauridae. They would have lived in North America at the beginning of the Maastrichtian which is a stage of the late Upper Cretaceous, about 70 million years ago.

Appearance of the Albertosaurus

They were a direct cousin of the dinosaur star T-rex. In the same way as the family star, they were a bipedal predator with two atrophied arms and two griffled fingers. In his time they were at the top of the food chain, although relatively imposing they remained much lighter than their Hollywood star cousin. Thanks to the discovery of 22 individuals on the same site, it is assumed that this dinosaur hunted in group. According to some estimates, it was about 9 meters (29.5 ft) long and weighed less than two tonnes.

Hey! Hey! Perhaps these articles may also be of interest to you....

If you want to read similar articles to Top 7 Carnivorous Dinosaurs - The Strongest Prehistoric Creatures!, we recommend you visit our Endangered animals category.

Endangered Animals of the Mangrove Forests
Extinct Species of Cat
Why Is the Bush Dog Endangered?
The 10 Animals In Danger Of Extinction In The World
Related categories
Facts about the animal kingdom
Most read
1.
What Animal am I According to my Zodiac Sign?
2.
What Does It Mean When a Cat Shows Up at My Door
3.
10 Most Beautiful Animals in the World
4.
Why do Dogs Get Stuck when Mating?
5.
Animals With Scales - Full List
6.
Differences Between Deer, Elk, Moose and Reindeer
7.
The 10 Most Solitary Animals in the World
8.
Examples of Vertebrate and Invertebrate Animals
Why Is the Red Panda Endangered?
12 Animals In Danger Of Extinction in Mexico
Why is the Hawaiian Monk Seal Endangered?
Animals of the Iberian Peninsula
Endangered Animals in the Great Barrier Reef
Why is the South Asian River Dolphin Endangered?
Why Is the Iberian Lynx in Danger of Extinction
15 Breeds of Dog That No Longer Exist 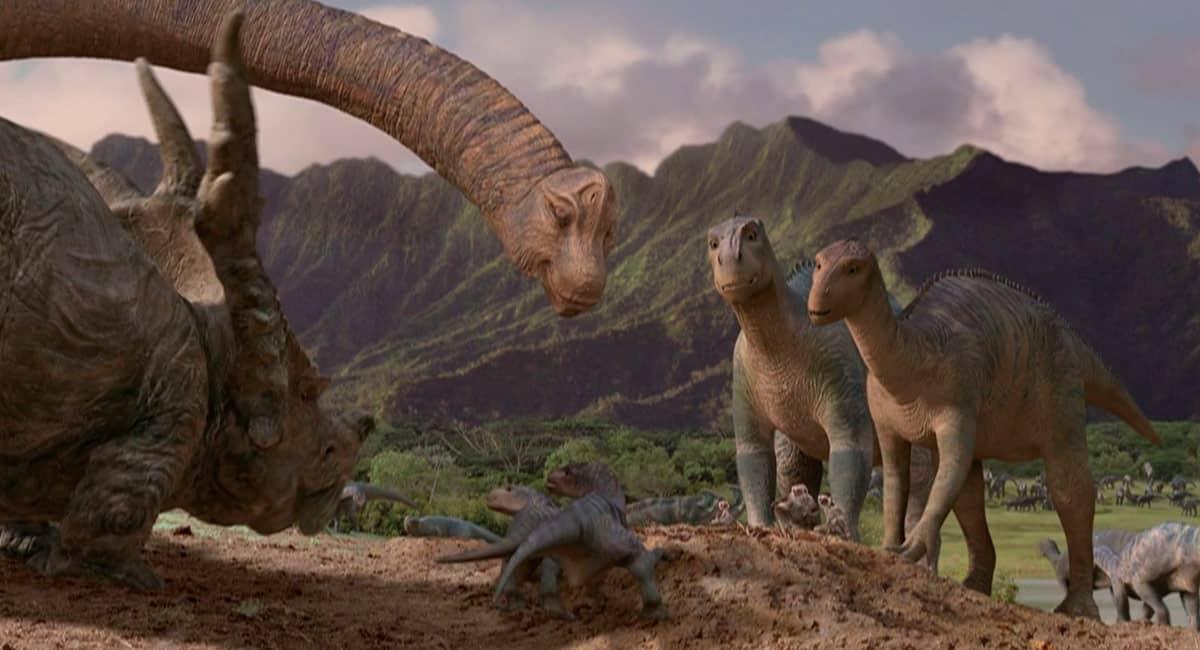 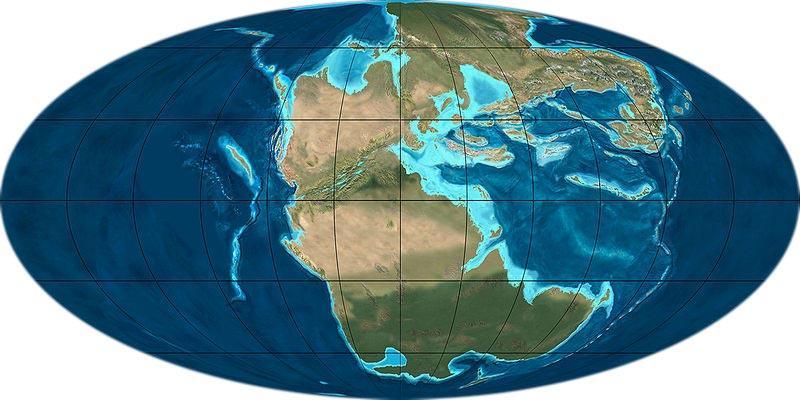 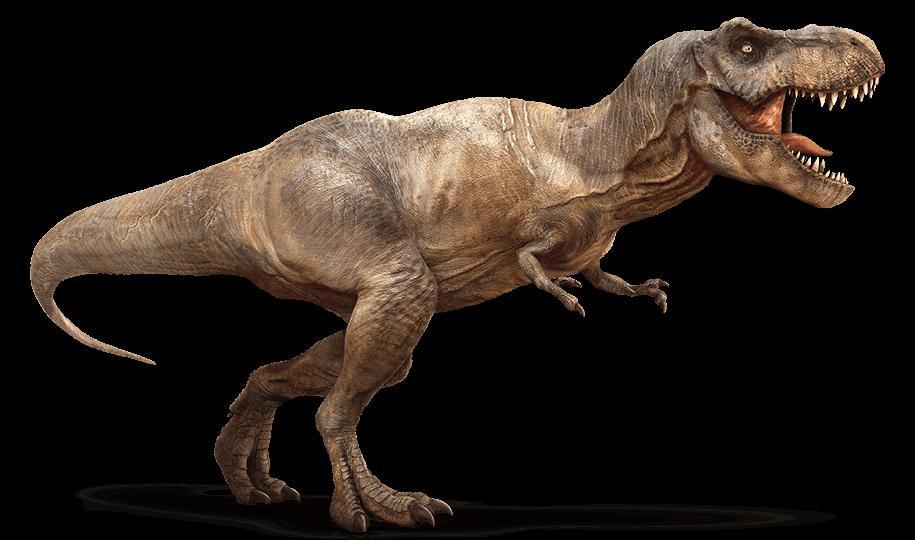 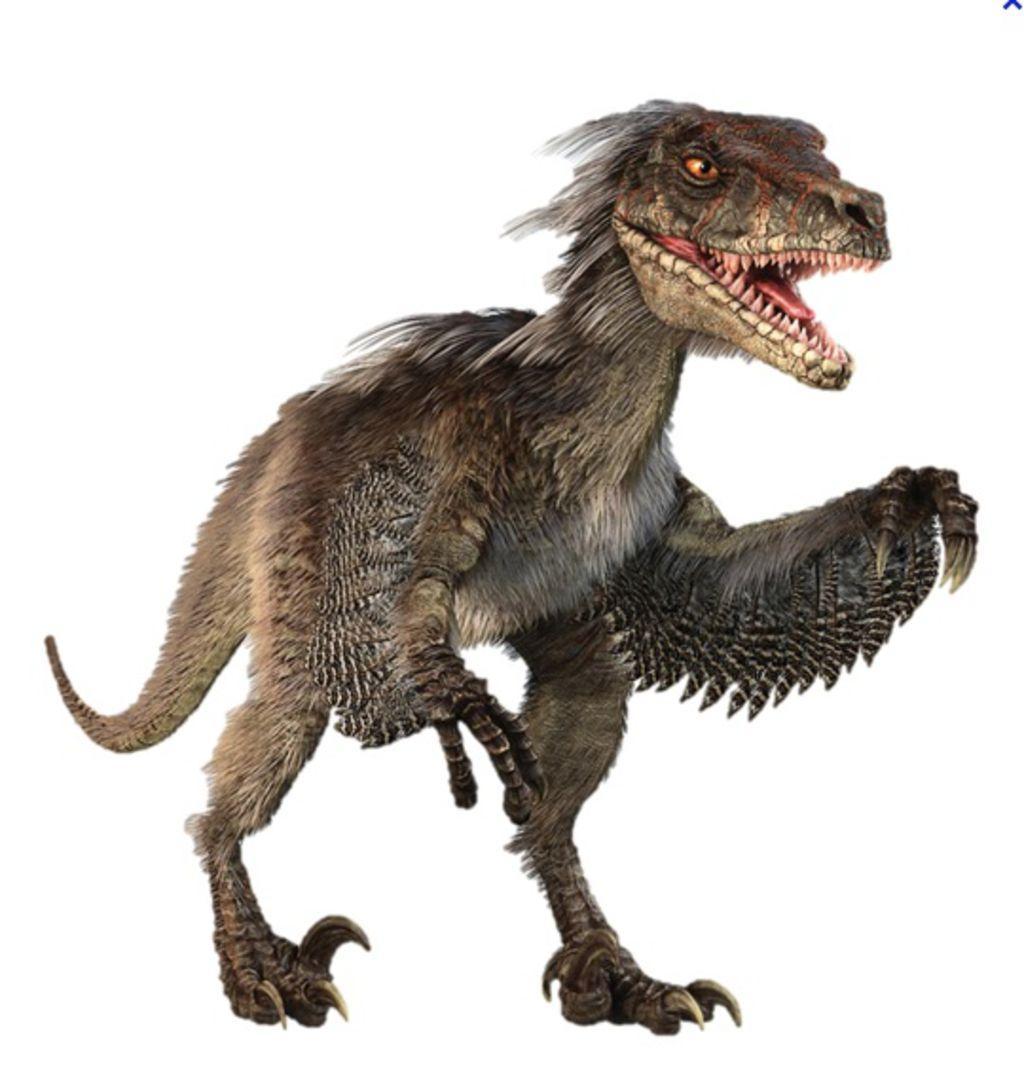 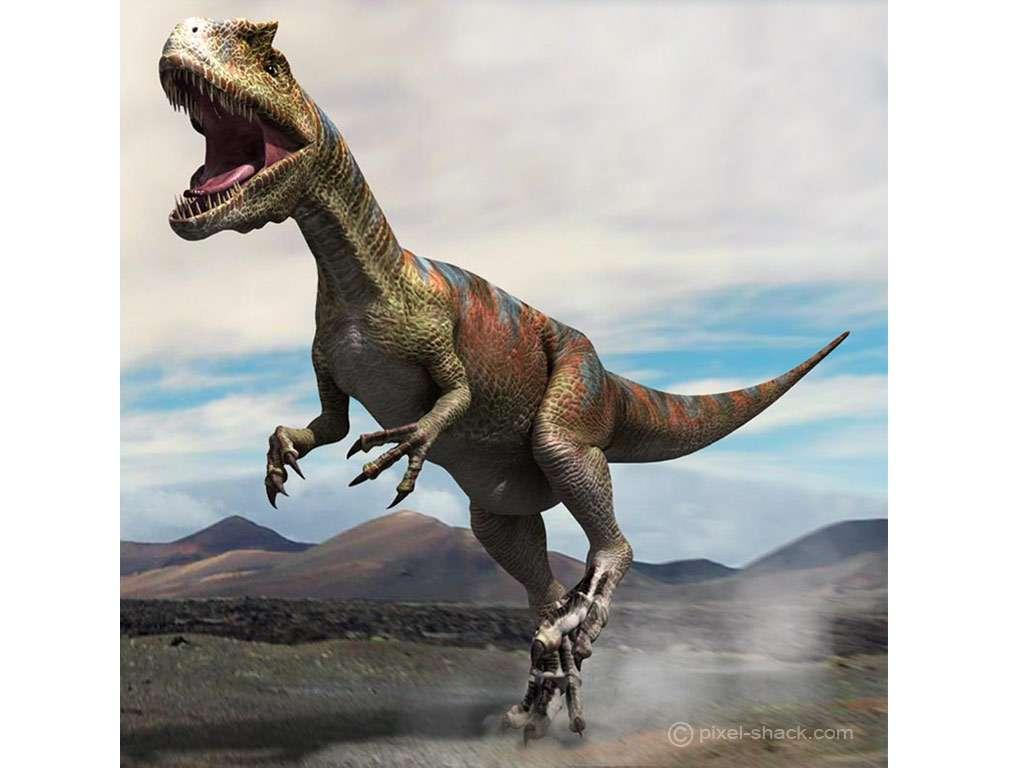 Image: teratophoneus.deviantart.com
1 of 8
Top 7 Carnivorous Dinosaurs - The Strongest Prehistoric Creatures!
Back to top