Some dog lovers may have wondered how many types of bichon dog are there? Others may have only heard of the Bichon Frise. Others still might not know what we're talking about. The bichon is a category of small dog, all types of which share certain characteristics. Currently, the International Cynological Federation (FCI) officially recognizes four types of bichon, grouped in section 1 of group 9 which are classified as ‘companion dogs’. Within this same section are two more breeds which are very similar, but not considered bichon breeds.

In this AnimalWised article we bring you a list of all the types of bichon dog breeds. We share pictures of each breed and provide some information on their characteristics and background.

You may also be interested in: Different Types of African Dog Breeds
Contents

What are bichon type dogs?

While some people might think bichon dogs are all small and white, they are likely being confused by thinking they all look like the Bichon Frise. However, the bichon group of domestic dogs are more varied in color and appearance. Their name descends from the Old French word bichon which is derived from the word biche meaning ‘bitch or a female dog’. The types of bichon are:

They are believed to be descended from the same ancestors as the French Barbet and Poodle breeds. They were bred specifically to be companion animals instead of working dogs. This means they are very friendly and loyal, bonding very closely with humans.

Let's look at the different types of bichon dog breeds by looking at each individually.

Although its exact origin is unknown, the Bichon Frise was initially developed in France and Belgium. It was developed from sailing dogs into the companion animal it has not become. The French connection was solidified between the two World Wars. Their physical characteristics and personality made them particularly noted among French aristocracy. Today, they are a dog breed loved by everyone.

The Bichon Frize, also known as the Bichón Tenerife, is a small dog noted for its curly coat. This coat is double-layered, with a smooth undercoat and an outer layer made of well-defined curls. Although it may appear to be woolly in texture, this is a trick of the eye due to its curliness. It is actually silky smooth. However, to keep their coat in ideal condition and avoid any hygiene issues, they require regular brushing and should be taken to the groomer once a month when possible.

As for their character, this type of bichon dog breed is one of the most sociable and calm. In general, they are not a restless dog, nor are they prone to barking. They establish very strong bonds with their human guardians. With such a strong bond, they can develop separation anxiety unless they are trained to spend time on their own.

Despite their name, the Havanese (also known as the Havanese Cuban Bichon or Havaneser) did not originate in Cuba, but in the Mediterranean regions of Spain and Italy. The name is believed to derive from Italian ship captains who brought them to Cuba. In this new land they were called ‘Havana blanquitos’ because of their original pure white color.

Over the years, this breed almost disappeared due to dwindling popularity. However, when they were bred with certain breeds such as the Poodle, they were developed into the breed we know today.

The Havanese as we currently know them has a white coat with patches which can be black, brown or tan on almost any part of their body. While the base color is white, completely white specimens are relatively rare. This solid pattern is accepted as a breed standard. They also have a double coat, with a fleecy undercoat and wavy, smooth or curled outercoat.

Their character is playful, alert and happy. They are usually easy to train, but they are prone to barking. They are often suspicious of strangers if not socialized correctly.

One of the bichon breeds considered a toy or miniature dog, the Maltese dog's weight is usually around 3 kg or less. Currently, they are the most popular bichon dog breed in the world. Although their exact origin is unknown, they are believed to be an ancient breed. Documents of their existence date back to the time of Aristotle, around 384 BC.

The Maltese is white or very light ivory in color. Their hair is long, silky and straight, unlike curly haired bichon breeds. There may be slight waves occasionally, especially when the hair has been clipped short. As with the previous bichon breeds on this list, their fur needs to be well cared for. Knots or dirt accumulation can lead to significant health problems.

The Maltese is also an intelligent and calm dog, as long as it is kept company. When left alone for long periods, they can adopt destructive behavior. This can be exacerbated if they don't have sufficient exercise. They are also very alert and can bark more than other dog breeds.

Although the FCI does not differentiate between types of maltese bichon, two slightly differentiated lines have developed over the years:

However, since the FCI does not differentiate between types of Maltese, there is only one official type that can present some variations.

This is the last of the official bichon dog breeds which are recognized by the FCI. They are believed to be related to the Maltese, although their exact origins are also unknown. The Bolognese is often confused with this similar bichon breed They became very popular in the Italian city of Bologna during the Renaissance, hence their name.

The Bolognese is also a miniature dog, weighing around 4 kg and not measuring taller than 30 cm at the withers. This dog's hair is long, very fluffy and completely white. At most, they might have some ivory tones, but they are usually pure white. Again, they need careful care and lots of brushing.

Their character stands out for being very calm and docile. They are affectionate, loyal, intelligence and obedient. They will need training to avoid over-attachment to their guardians.

After the official types of bichon have been listed, we should note there are very similar dogs which the FCI include in the came section. Although not officially a bichon, the Coton de Tuléar originates in Madagascar. However, they were developed into the breed we know and love in France. Their body is longer than it is tall and they weigh around 3.5 to 6 kg. Their dense, long and silky coat gives the appearance of having a cotton texture, hence their name. The accepted color is white, although you can find them in ivory also.

The Coton de Tuléar is intelligent, affectionate, playful and calm. Due to their intelligence, they are easy to train and socialize. In fact, they are considered to be a very sociable dog. However, this sociability may come at a price as they are also prone to separation anxiety. This is one of the reasons they are so similar to true bichon breeds. To prevent this from happening, check out our article on tips to keep your dog safe when homer alone.

Also developed in France, this breed may have been around as long as the 13th century. This is believed to be the case since there are rock carvings of a similar small dog seen in the Amiens Cathedral. Throughout their history, they have been appreciated and loved due to their peculiar appearance. This appearance is similar to a small lion, which is why they are also sometimes referred to as the Little Lion Dog. When they are exhibited at dog shows, their leonine features are accentuated with a lion cut hairstyle.

When they are not clipped, the Löwchen's hair is long, wavy, silky and dense all over. Although most bichon breeds have limited coat colors, almost every color can be accepted in this breed.

This dog stands out for being extremely obedient, attentive, loving and responsive. This means it is an ideal dog for almost any type of family. They can be playful and tolerant of children, but are calm enough to live with older or more sedentary persons. However, this breed is not exempt from the problem which can affect all bichon type dog breeds, i.e. a tendency towards separation anxiety. However, since they are relatively easy to train, this can be avoided with a good education.

If you have any experiences with any of the above bichon types of dog breed, please share them in the comments below. Let us know why you think they make a suitable companion animal or if there are any issues we have not mentioned which you would like to highlight. If you want to know more, you can also take a look at this video on the Maltese bichon breed: 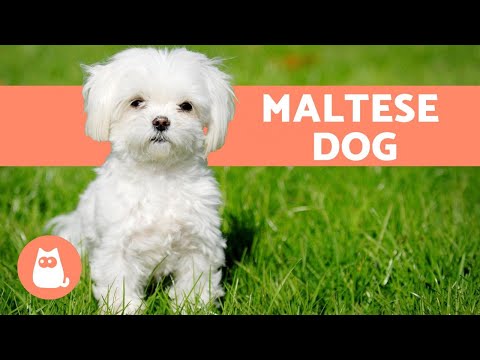 If you want to read similar articles to Types of Bichon Dog Breeds, we recommend you visit our Comparisons category.

Administrador AnimalWised
17/12/2021
Hi Coco, it is specifically referring to 'Old French'. The article has been amended to clarify this distinction.
Types of Bichon Dog Breeds 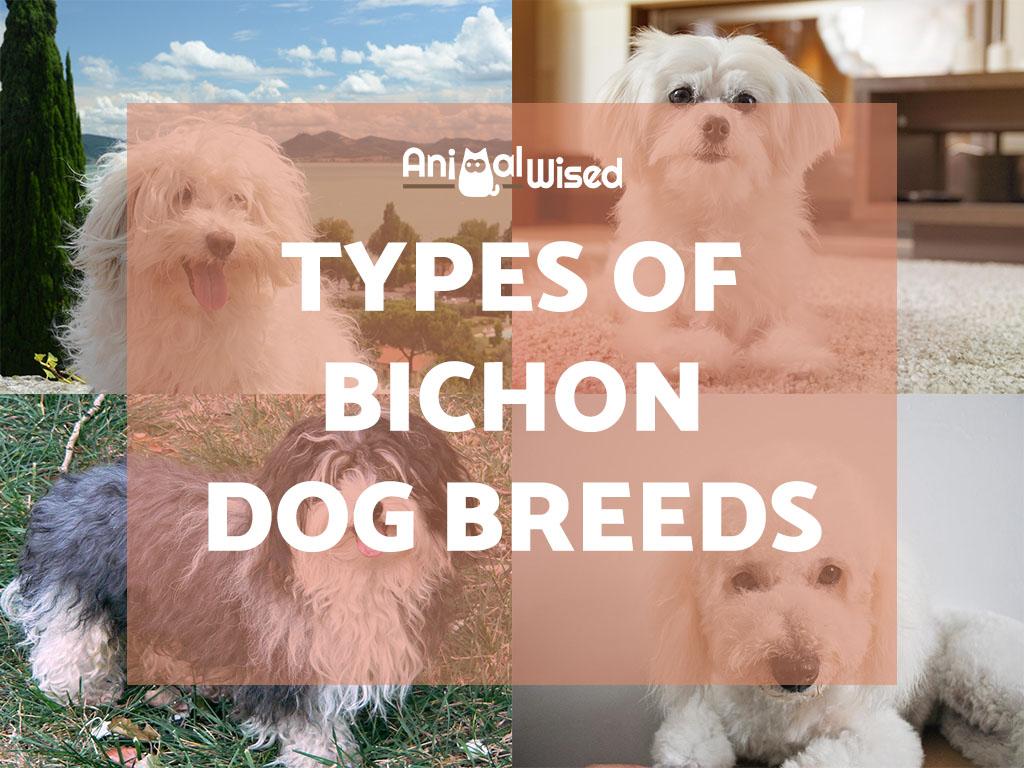 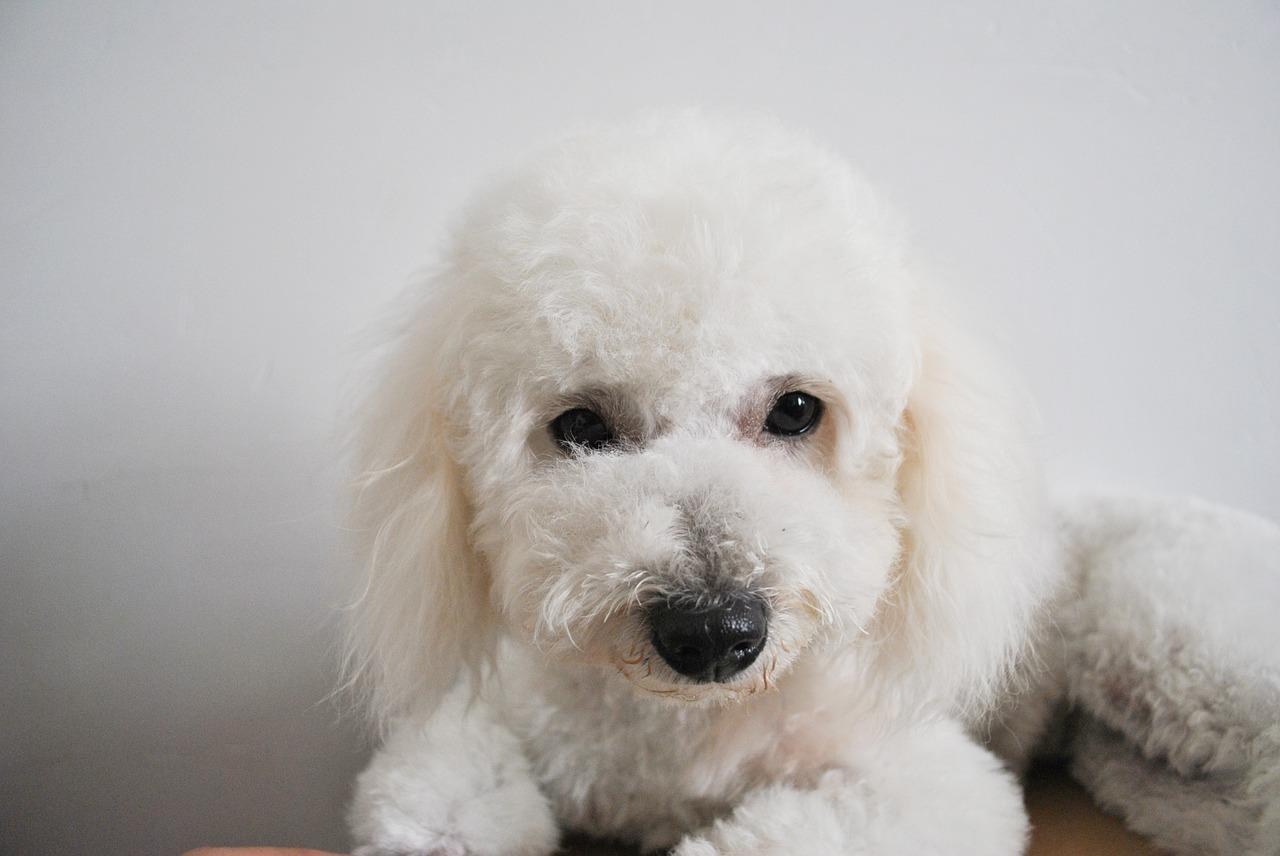 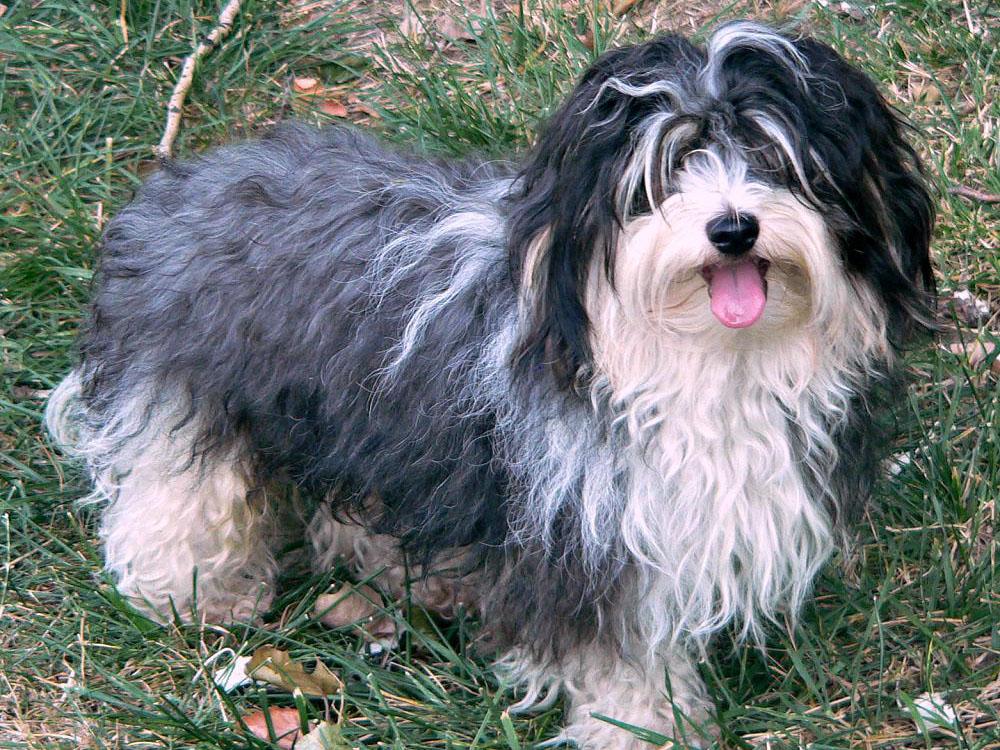 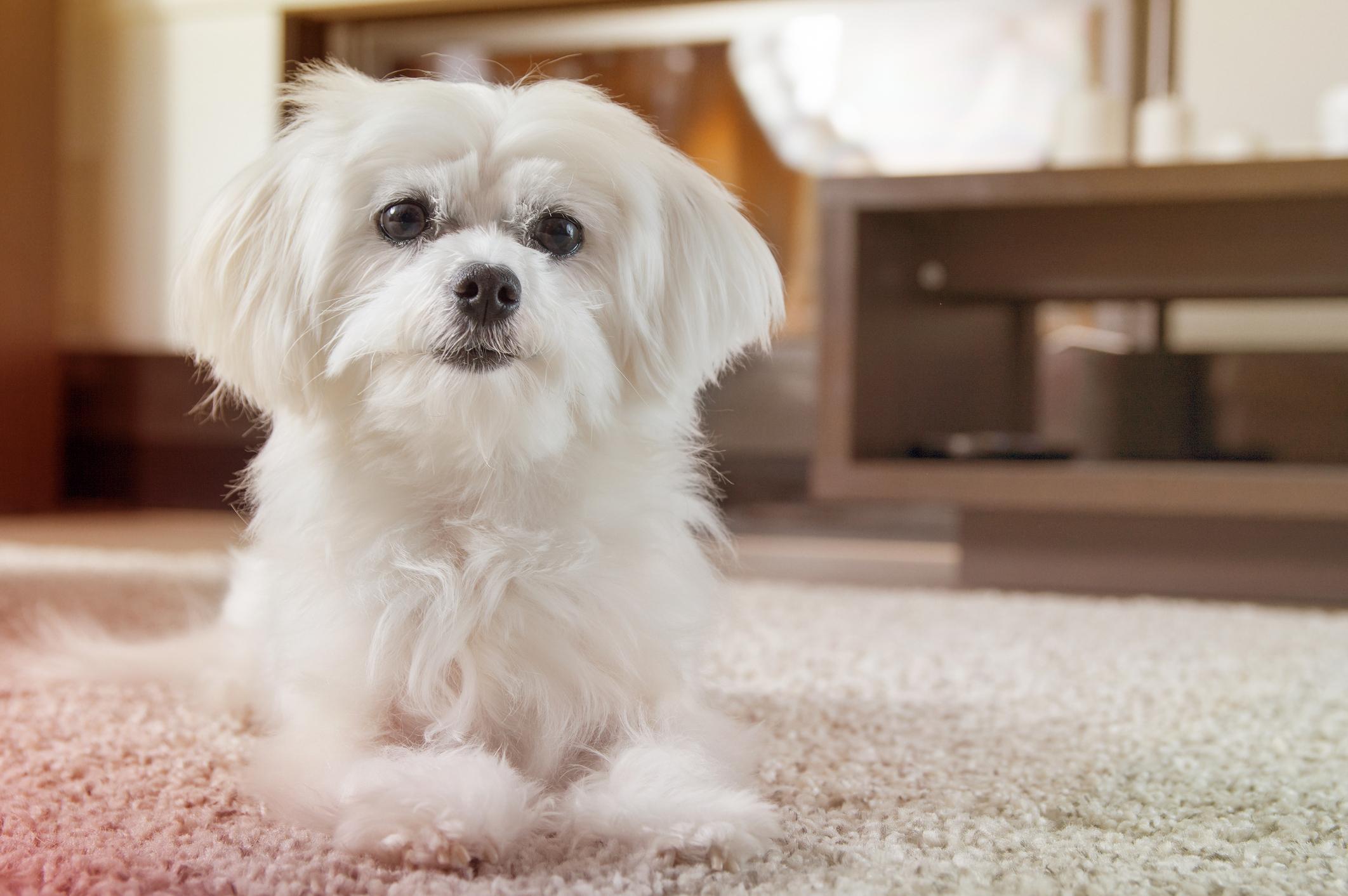 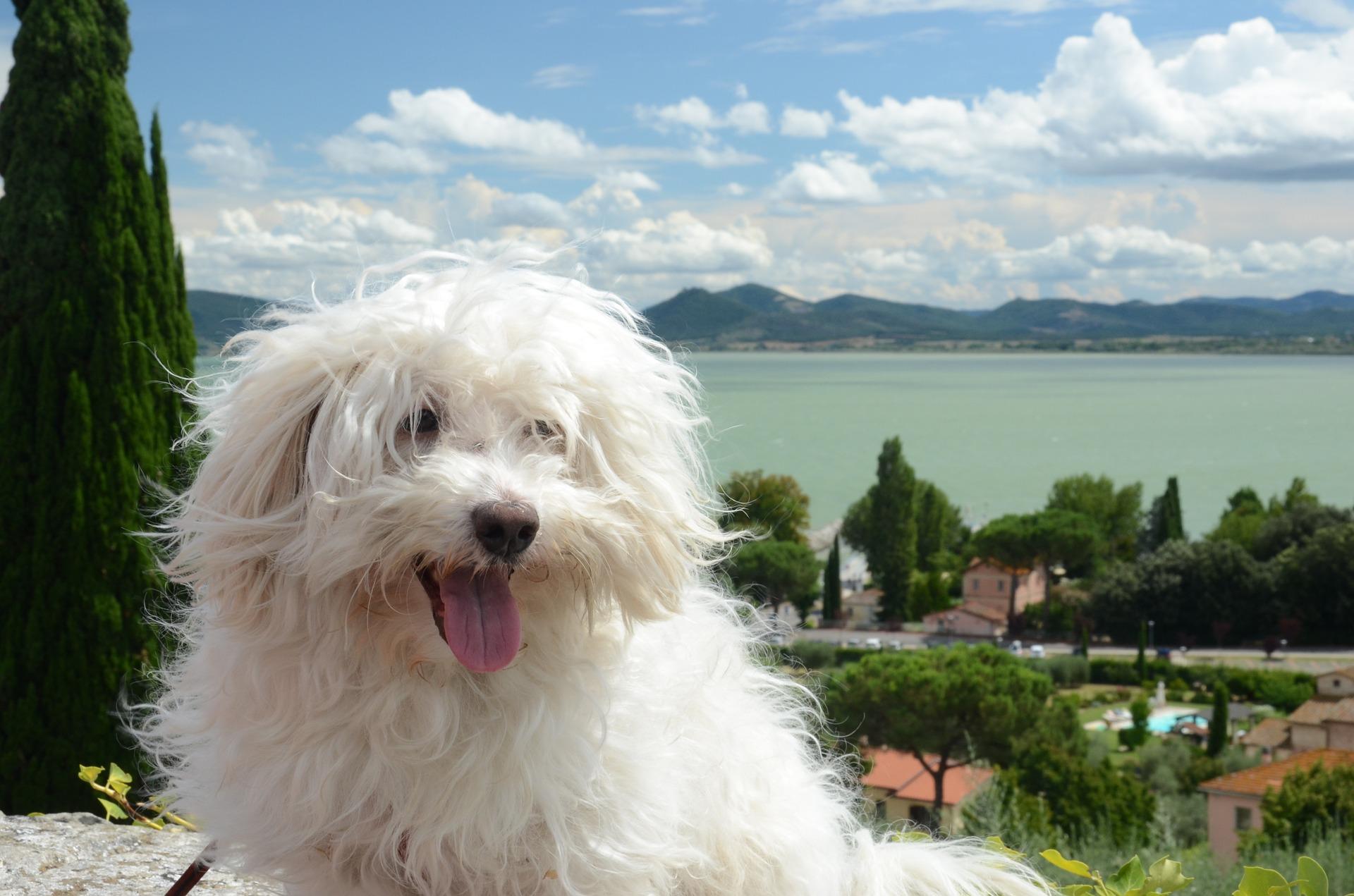 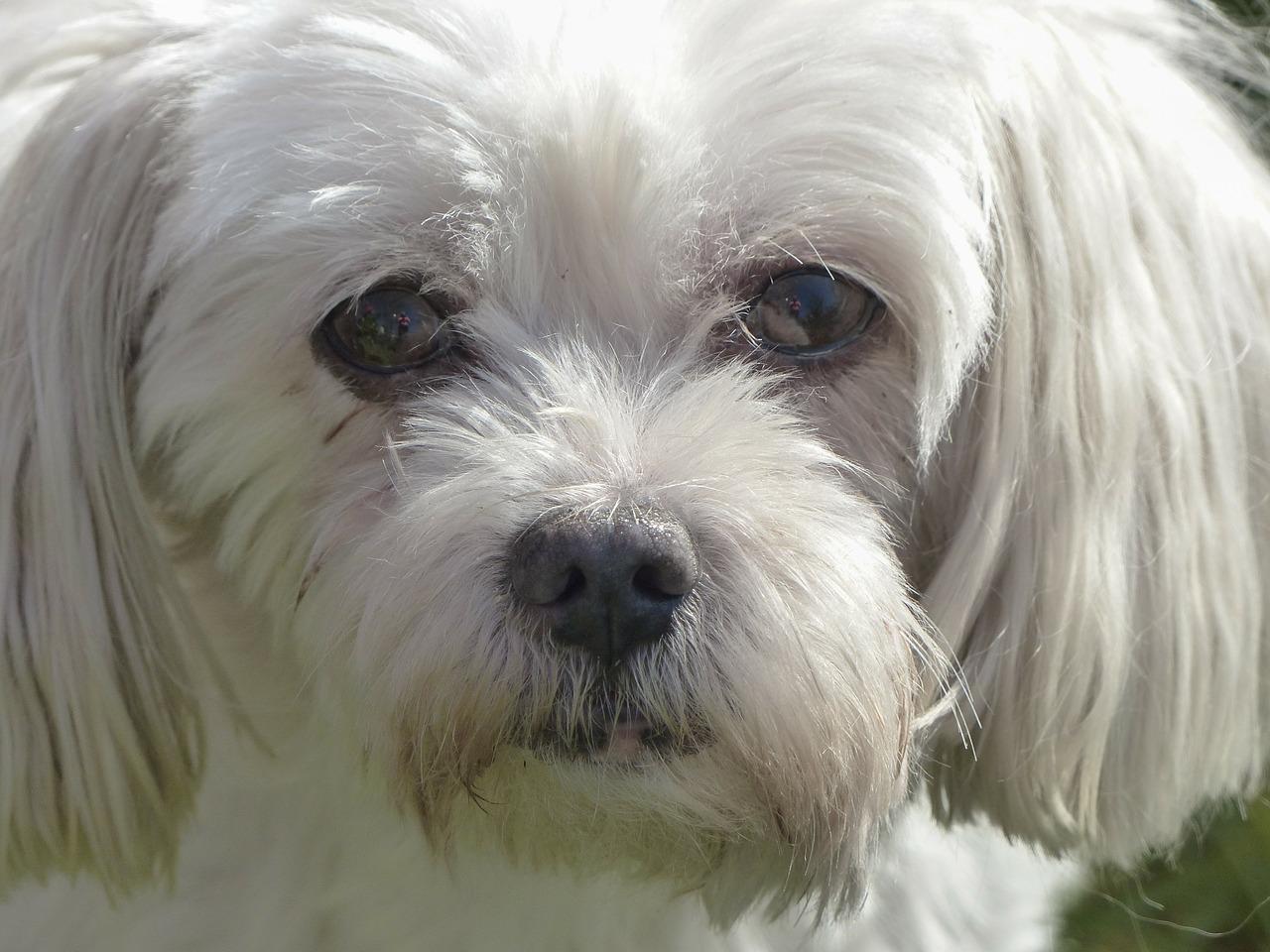 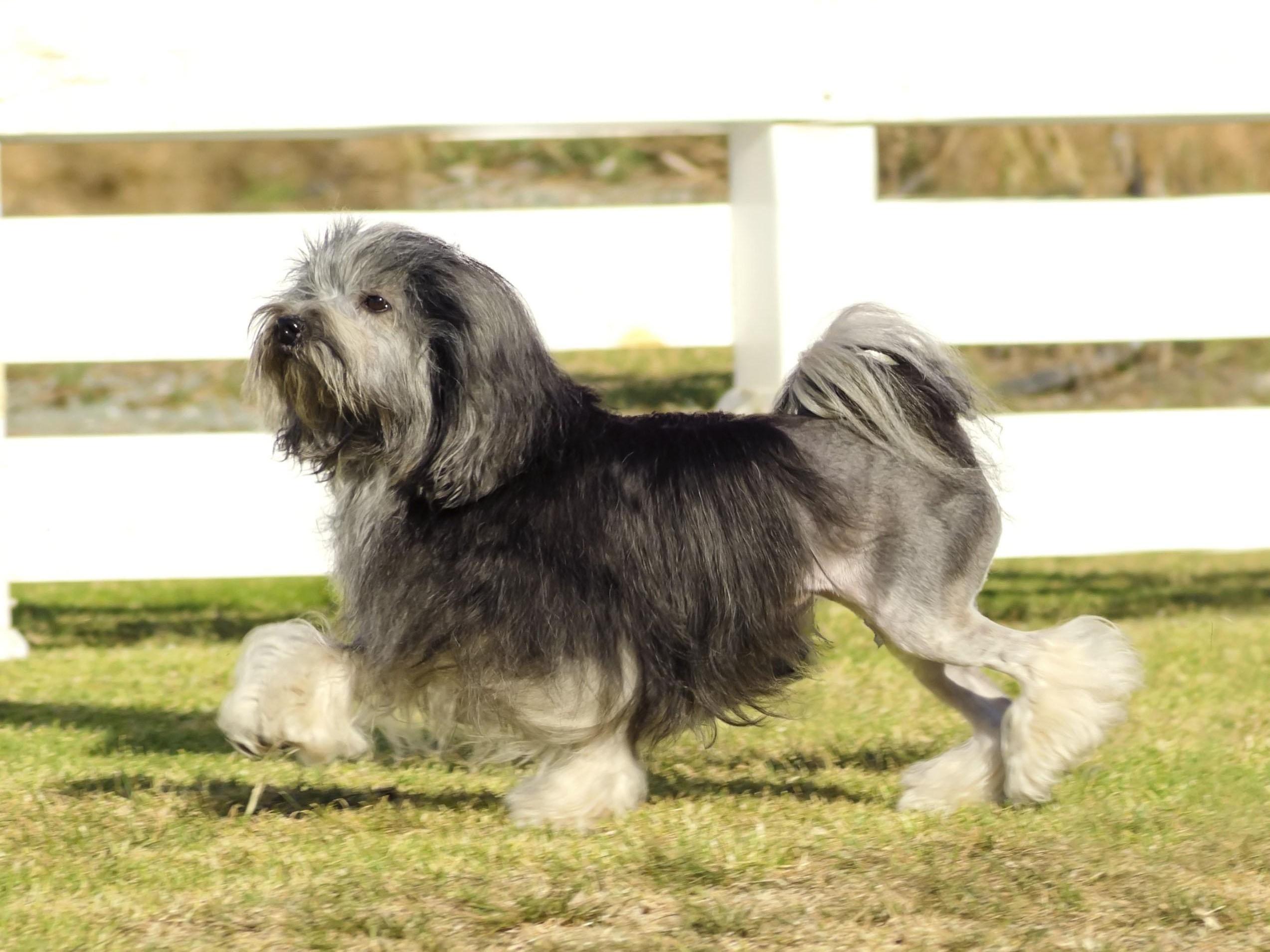 1 of 7
Types of Bichon Dog Breeds
Back to top