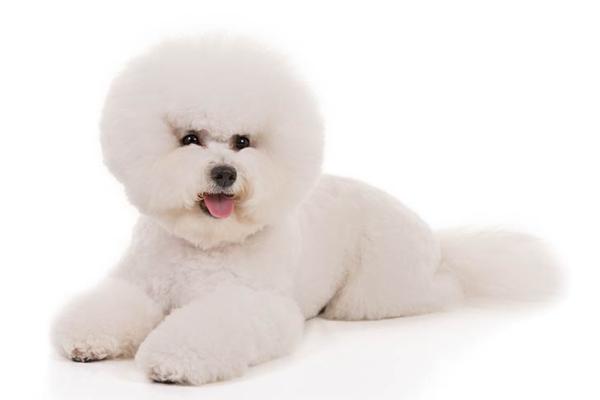 The Bichon Frise, also known as curly-haired bichon, is a small white dog: with long and corkscrew-curly hair. This breed is incredibly popular for its: cheerful, jovial and lively character. It is also known as one of the smallest dogs in the world.

Do you want to adopt this cute little pup? If so, take a look at this AnimalWised breed file about the Bichon Frise. We will be covering this breed's: history, appearance, temperament and care. Keep reading to find out everything you need to know about adopting a Bichon Frise.

History of a Bichon Frise

It is said that this breed descended from a mix of either poodle type dogs or Barbets. The result of these crosses is said to have given rise to the; bichon dog family and to the poodle. The bichon dog family includes 4 different types: Maltese Dog, Bolognese, Havanese and Bichon Frise.

The bichon Tenerife is the direct ancestor of the current Bichon Frise, and it owes its name to the fact that it developed on the Canary Island of Tenerife. Despite being Spanish, this breed became became very popular in France, especially during the reign of Henry III (between 1574 and 1589) and the empire of Napoleon III (in 1852).

Like many other dog breeds, the Tenerife bichon practically disappeared during the First World War. Fortunately, the breed was rescued in the 1930s by a group of French breeders, albeit, under the name of Bichon Frise, which means curly-haired bichon. Since then, it has been known colloquially as a the Bichon Frise.

During the Second World War, the population of this breed once again decreased, but then stabilized in the 1950s when the Bichon Frise was introduced to the United States.

Nowadays the Bichon Frise is a well-known breed all around the world.

Appearance of a Bichon Frise

A Bichon Frise's back is: broad, muscular and somewhat arched, while its rump is slightly rounded. Its chest is well developed and has flanks collected in the belly.

Its head is flattened on its upper part and its skull is longer than its snout. It has a black and round nose. Its dark and rounded eyes have alert expression. These eyes should not appear like those of the Pekingese or Brussels griffon. Its ears hang at the sides of its head and are covered with long, thin and curly fur.

The tail of the Bichon Frise is of somewhat low insertion, originating a little below the line of its back. The Bichon Frise usually carries it's tail up and gracefully folded, but not curled or touching its back.

The Bichon Frise has a single mantle, which is fine, silky and mirrors a corkscrew shape. It's fur is long, reaching between 7 and 10 centimeters in length in different parts of the body. The only color accepted by the International Cynological Federation (FCI) for a Bichon Frise is pure white.

Temperament of a Bichon Frise

Bichon Frises tend to be: cheerful, dynamic and playful but at the same time sensitive, affectionate and gentle. Because of their dynamism, they usually need more exercise than other dogs of the same height. They also need a lot of company.

Bichon Frises tend to socialize easily with people, dogs and other animals. They are especially sociable with children, which is rare for such a small breed. Even so, it is important to socialize this breed from when they are puppies to reduce risks of shyness or aggression in their adult life.

These dogs do not generally present many behavioral problems. But in some cases they can bark excessively. In addition, if left alone for an extensive amount of time, they can be destructive.

This breed is a great companion dog for single people and families. Although they tend to get along well with children, they are very small and fragile animals. If you have a small child, you need to make sure that they know how to handle a dog in order to make sure that the animal doesn't have its ears or tail pulled, etc...

Weight & Height of a Bichon Frise

The FCI standard does not indicate a weight range for the breed, but the height at the withers must be less than 30 centimeters.

Health & Care of a Bichon Frise

The Bichon Frise is a generally healthy dog which is not very susceptible to many diseases. However, intense exercise needs to be avoided with this breed, as a times they have been prone to suffering from patellar dislocation. Other relatively common, but not so frequent diseases in this breed are tooth loss and cataracts.

As with other long-haired companion dogs, taking care of Bichon Frise fur takes times and effort. This breed's hair tends to get tangled easily, so you have to brush and comb it at least every other day. We recommend taking the dog to the canine hairdresser every two months, and bathing it it only when necessary. These Bichons are hypoallergenic dogs.

Being small dogs, they do not require much exercise, but do not ignore their need for exercise as they are dynamic for their size. We recommend they practice moderate exercise every day, through one or two daily walks and game time.

These dogs can adapt very well to living in an apartment because they are well suited to small spaces and can exercise within an apartment. However, they are not dogs which can spend a lot of time alone. Therefore, they are not suitable for people who are not at home all day, or who do not have enough time to dedicate to their animals. Nor can they live isolated in a patio or garden, since they need a lot of company.

Australian Terrier
Tosa Inu
Beauceron
Leonberger
Related articles
New
Is Asparagus Good for Dogs?
New
Can Dogs Eat Mushrooms?
New
Selegiline in Dogs - Dosage, Uses and Side Effects
New
What Plants Are Poisonous to Dogs - Complete Guide With Pictures
New
What to Expect After Deworming a Dog - Common Side Effects
New
Liver Cancer in Dogs - Symptoms, Diagnosis, and Treatment
New
How to Treat Mange in Dogs at Home - Natural Remedies
New
Tobramycin for Dogs - Uses, Dosage and Side Effects

Upload a picture of your Bichon Frise

3 comments
Olivia
08/07/2019
My Bichon has always been real loving and wanted to right next to us,wants to sleep with us. Now he seems like a different dog,won’t sleep with us or sit next to us! We have had him since he was five weeks old,he is now eleven years old. Why?

We are not sure, there are many possible reasons a dog's behavior has changed and we cannot diagnose them here. However, two interesting aspects are that he has not turned aggressive and you have given his age as 11. This makes us think it is possible the reason is related to entering old age. Here's an article which might shed a little light:

https://www.animalwised.com/behavior-of-older-dogs-342.html
Grace
28/05/2019
I am looking for a handsome boyfriend bichon frise for my Candy.
Rating:
Kathleen
25/11/2018
what is the average length of PAW of full size bichon? I want to buy a gift surprise but don't know the size

A dog's paw sizing chart tends to go from around 1.5" to 3.5" across. Unlike humans, this is not a massive margin of error. Bichon Frise should be of a medium size which will require a size around 2.75" in width. However, like humans, the individual dog may vary. So we recommend finding some way to surreptitiously measuring their foot, perhaps even by going to pet them and holding your fingers over their paw and measuring it yourself.
Bichon Frise 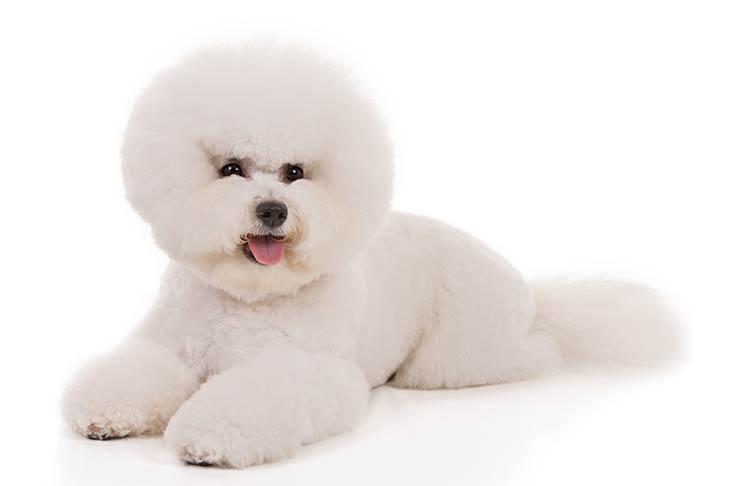 Bichon Frise
Back to top