The Akita is a Spitz-type dog breed that originated in the Akita region of Japan. Over time, two distinct lines of Akita dog breed became prominent and were then standardized by breeders. These became two separate breeds, the Akita Inu and the American Akita. The Akita Inu kept the traits of the earlier breed, while the American Akita adopted some characteristics of other breeds with which they were crossed. Although both types of Akita are very similar, there are some differences that allow us to distinguish them more easily.

If you want to know the different types of Akita dog breeds that exist, their main characteristics and their differences, do not miss the following AnimalWised article.

You may also be interested in: Types of Collie Dog Breeds
Contents

The International Canine Federation (FCI) categorizes the Akita Inu and the American Akita in the Sptiz-type or primitive-type group of dog breeds. Specifically, they are part of the section known as Asian Spitz and similar breeds.

In general, they are calm, faithful and very protective dogs with their family. However, they tend to have a dominant and territorial character. This means they require rigorous education from an early age to avoid unwanted behaviors when they reach their adult stage.

In terms of their general appearance, Akita dogs are large in size and strong in build, with the American Akita being slightly larger than their Japanese counterpart. Their eyes are relatively small and dark in color. In the Akita Inu, it is typical for the eyes to be slanted upwards. In both types of Akita dog breeds, the ears are relatively small, thick and triangular, always erect and slightly inclined forward. The neck is thick and muscular, the back is straight, and the loin is broad and strong. The tail is thick, set high and is usually curled slightly over the back.

Like all Spitz dogs, the coat is double-layered . The first layer is short and woolly, protecting them against inclement weather. The second layer is made up of long, straight guard hair. The color of the coat will vary depending on the specific type of Akita.

The Akita Inu is a dog breed native to to the Akita region, located in northern Japan. It is considered the national dog of Japan. They popularity in their homeland is so great, they were designated a Japanese Natural Monument of in 1931.

Initially, this Japanese dog breed was a medium-sized canine used for bear hunting. Throughout their history, they were was crossed with various breeds, such as the Tosa Inu, Mastiff and German Shepherd. As a result of these crosses, larger specimens resulted, but the characteristics of Spitz-type dogs were lost. In order to recover these breed characteristics, breeders carried out crosses with the Matagi Akita line. In doing so, they succeeded in restoring primitive traits and creating the large, purebred Akita Inu we know today.

This type of Akita dog has a calm temperament and tends to show a reserved demeanor even in stressful situations. In general, they are a faithful and docile dog, characterized by being loyal and protective of their family. They can be somewhat distrustful of strangers.

Although they are a dog that does not usually seek confrontation or attack for no reason, it must be taken into account the Akita Inu is a breed with a very marked and, occasionally, dominant character. This attitude can extend to both other dogs and people. For this reason, they are animals that require an experienced caregiver who knows how to provide them with the appropriate education, always based on positive reinforcement. In some areas they are considered potentially dangerous dogs.

Socialization with other dogs from the time they are puppies is also very important. While they can be trained to get along with other dogs, it is an uphill battle if they don't know how to socialize with others from a young age. Proper socialization of puppies and adult dogs will help avoid behavioral problems later in life.

The official breed standard of the Akita Inu provides the following characteristics:

If you want to see another breed comparison between two dogs which are often confused with each other, take a look at our article on the differences between the Akita Inu and Shiba Inu.

At the end of World War II, some American soldiers took specimens of Akita that had been crossed with other breeds. Specifically, they introduced into their country Akita dogs that had characteristic features of Mastiff breeds or German Shepherds. Their growing popularity led Americans to develop their own breeding line to create a new breed distinct from the Japanese dog. This is the breed which became the American Akita.

Like the Akita Inu, this is a loyal and protective dog with their family, but somewhat reserved with strangers. Unlike their Japanese relative, they are more affectionate with family and are more obedient and trainable dogs.

The American Akita can maintain their dominant character, are very territorial and can be aggressive with other dogs if they have not been properly socialized. In summary, they are large dogs with a strong character that require an experienced caretaker who provides the necessary discipline from an early age to avoid behavior problems in their adulthood.

The official breed standard of the American Akita provides the following characteristics:

To learn more about this type of Akita dog breed, take a look at our articles on caring for an American Akita and common health problems of the American Akita.

Differences between the Akita Inu and the American Akita

After reviewing the characteristics of both types of Akita dog breed, we can see they have a lot in common, both physically and in terms of temperament. However, they have distinctive features that allow us to differentiate between them. In summary, these features are the following:

If you are thinking of adopting one of these breeds, we insist on the importance of socialization and education. Therefore, if you do not have the appropriate knowledge, do not hesitate to go to a professional canine educator. Ensure to always use techniques based on positive reinforcement.

If you want to read similar articles to Types of Akita Dog Breeds, we recommend you visit our Comparisons category. 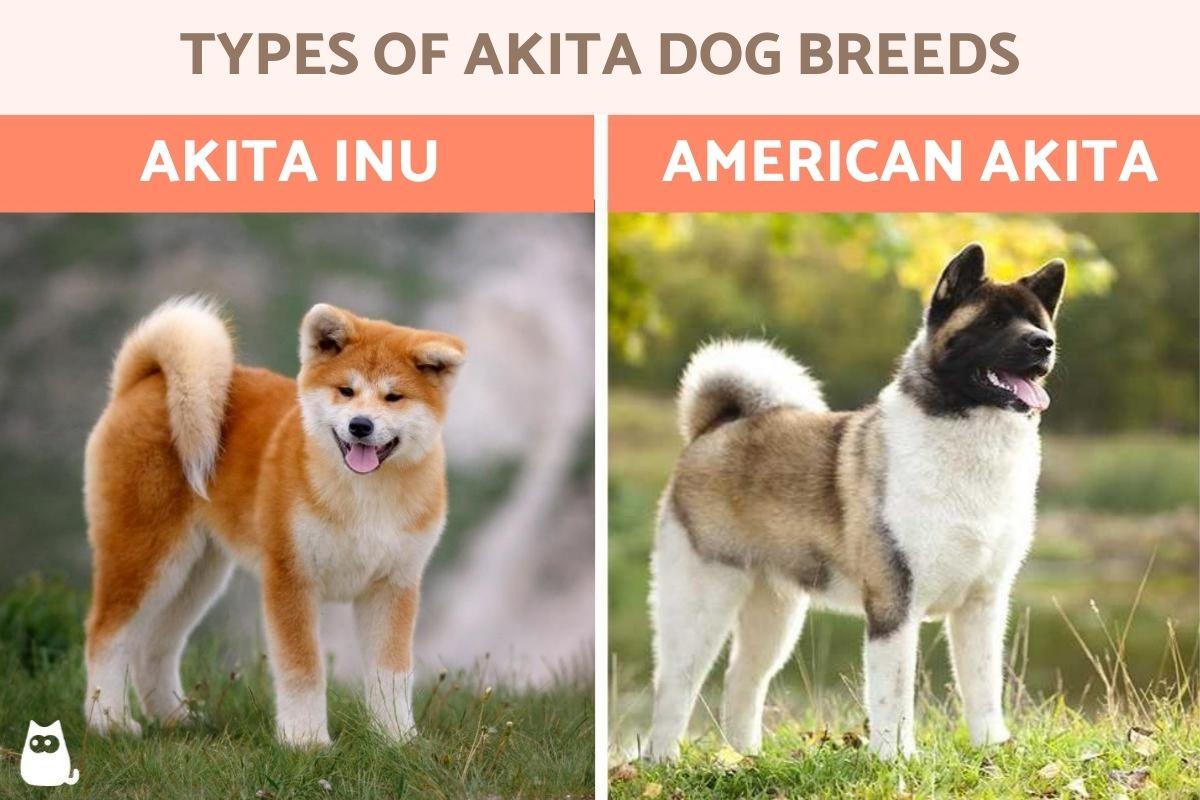 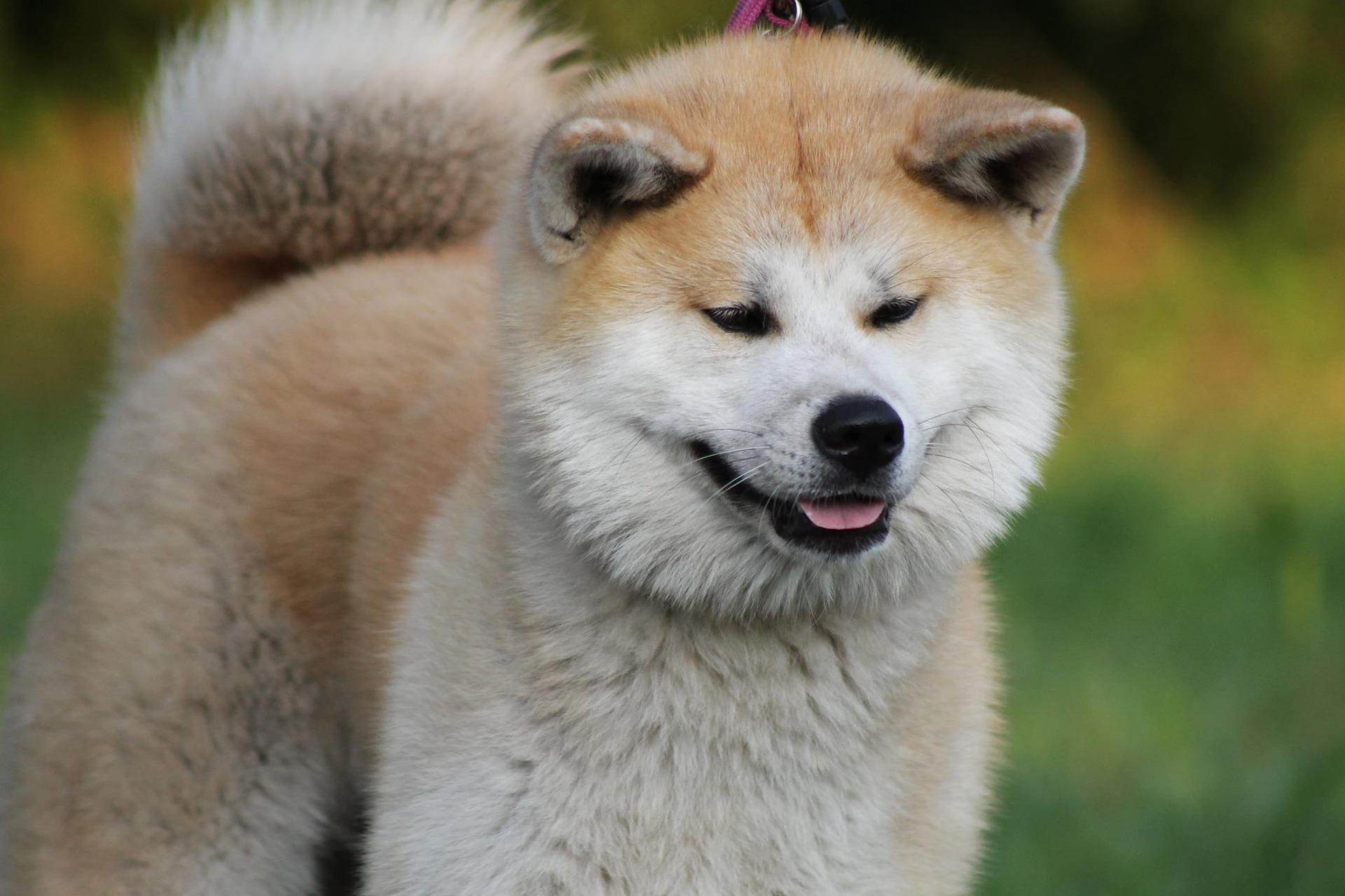 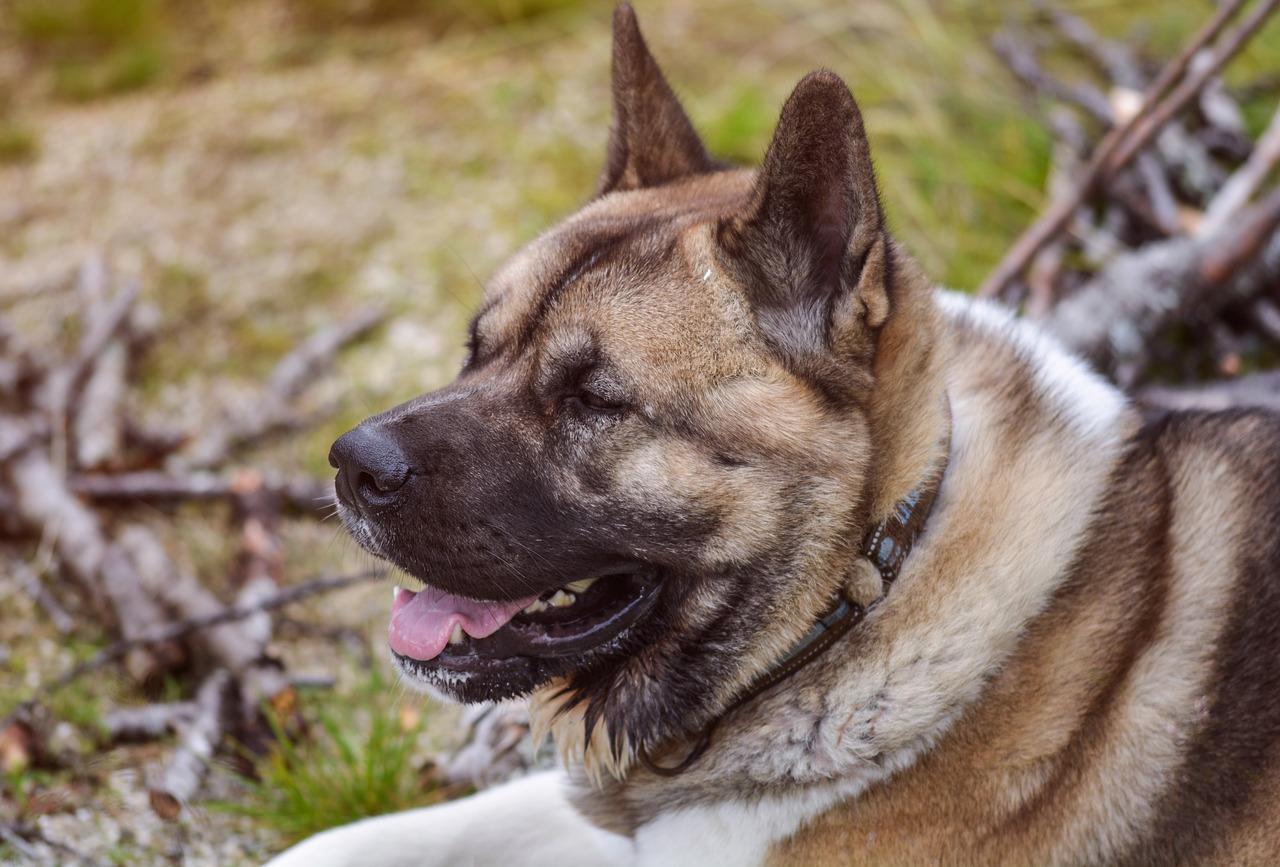 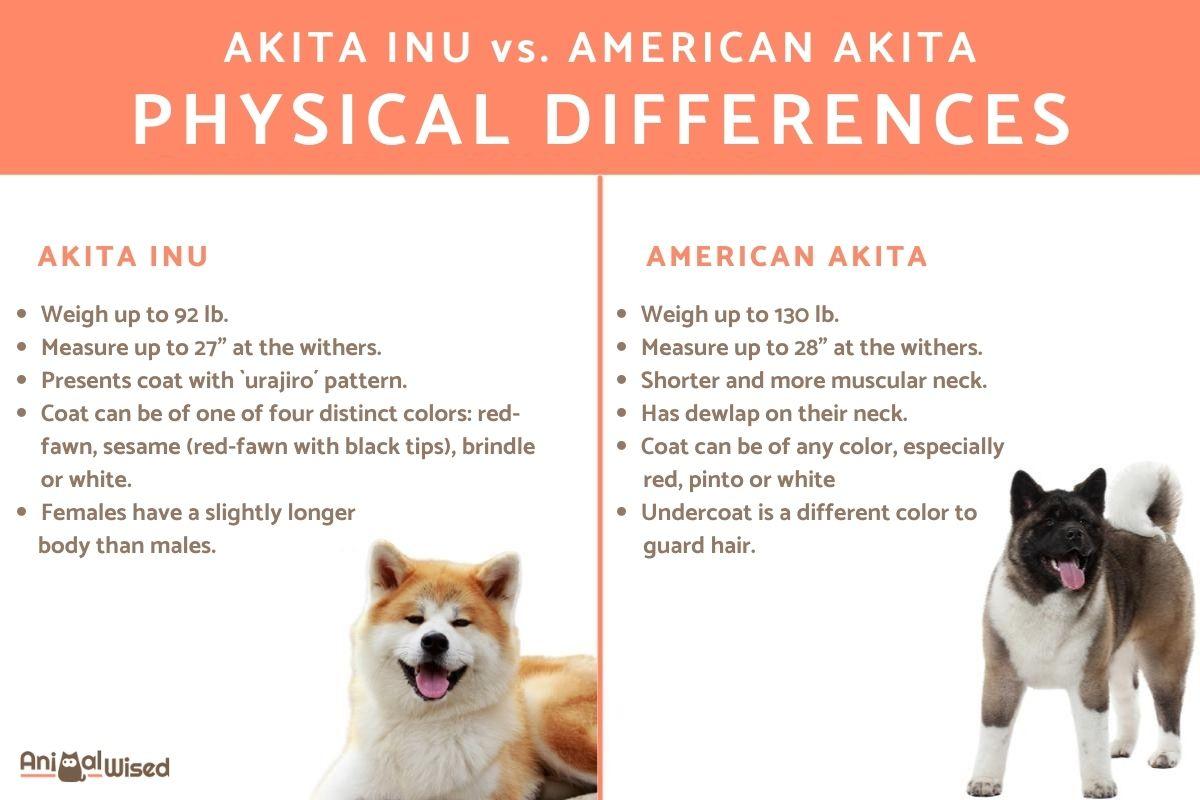 1 of 4
Types of Akita Dog Breeds
Back to top