Types of Hedgehogs - A Complete Guide

Are you passionate about hedgehogs? At AnimalWised we are great lovers of this small spiky mammal with their pointy nose and little feet. They are an independent and beautiful animal. While they have an adorable and unique appearance, we need to think of them more as playthings. They are animals which deserve to be cared for like all of the world's creatures. In this complete hedgehog guide, we will review the different types of hedgehogs so you can learn about their specific physical traits, where to find them and some fun facts about them.

Keep reading this article to discover the most common types of hedgehogs and be amazed by the Erinaceidae family and everything related to them.

What is a hedgehog?

Although they are small, furry and walk on four paws, hedgehogs are not rodents. They belong to Erinaceidae family in the order Eulipotyphla. This order also contains similar mammals such as moles, solenodons and shrews. Some people confuse hedgehogs and porcupines with each other, but they are from different families.

What sets them apart from these mammals, and most mammals, is the presence of sharp spines on their back. These spines are known as ‘quills’. Hedgehogs use their quills for protection. If they are being attacked, they can prove hard to touch due to the sharpness of the spines, but they also allow the hedgehog to roll up into a ball to protect themselves. In Europe where hedgehogs are commonly found, their predators tend to be birds of prey and badgers.

Although we may think of hedgehogs as being insectivores, they are omnivorous. They will eat fruit, vegetables, reptiles, bird eggs, snails and even mammals if they find it in carrion form. Although they can eat anything, they are not adept hunters, so they usually scavenge for their food.

The different types of hedgehogs in the family Erinaceidae can be broken down into the following five genera:

While it can be difficult to know exact wild hedgehog populations, perhaps the most common is the European hedgehog, also known simply as the common hedgehog. Find out more about this hedgehog type and all the rest in our list of the different types of hedgehogs with photos.

The European hedgehog or Erinaceus europaeus lives in various western and northern European countries such as Italy, Spain, France and the United Kingdom, among others. It is also known as ‘common hedgehog’. Despite healthy populations in most of its habitats, the European hedgehog is declining in Great Britain where it has unfortunately become endangered.

This type of hedgehog usually measures between 20 and 30 cm (around 10") long, having a brown-black appearance, although some rare cases are blonde. The European hedgehog inhabits wooded areas, has an omnivorous diet, and can live up to 10 years.

The southern white-breasted hedgehog or Erinaceus concolor has a very similar appearance to the European hedgehog but differs by having a white spot on its belly or its chest. It is found in Eastern Europe and Western Asia.

Unlike the European hedgehog, the southern white-breasted hedgehog doesn't dig, but prefers to make a nest of grass. Otherwise, their habits are very similar.

The northern white-breasted hedgehog or Erinaceus roumanicus is found throughout Eastern Europe, although its presence has spread to Russia, Ukraine and the Caucasus.

Although from the outside it reminds us of the common European hedgehog, like the southern one it also has a white chest. Moreover, it differs from the two previous species by its somewhat different jaw.

The Amur hedgehog or Erinaceus amurensis lives in South-Eastern Russia, Korea and China. It measures about 30 cm (12") long and has a pale brown appearance. Its behavior is similar to that of the common hedgehog.

Their body is completely white, which emphasizes their dark head. The four-toed hedgehog has very short legs, and as its name makes clear, it only has four toes. They are smaller than other hedgehogs, at about 20 cm (8") long.

Four-toed hedgehogs can swim and climb, and they can be quite noisy and active. They are one of the breeds most commonly kept as domestic hedgehogs, something you can learn more about with our guide to caring for hedgehogs.

Next on our list is the North African hedgehog or Atelerix algirus. Smaller than the previous type of hedgehog, as it tends to not surpass 20 centimeters (8") in length.

The North African hedgehog lives across North Africa, including Morocco and Algeria, and currently remains in the wild along the Mediterranean coast including Valencia and Catalonia. It has a light coloring and doesn't have any spines on the crown of its head.

The Somali hedgehog or Atelerix sclateri is indeed endemic to Somalia. It has a white belly, while its legs are usually black or brown.

The Southern African hedgehog or Atelerix frontalis is a brownish hedgehog living in southern African countries like Botswana, Namibia, South Africa and Zimbabwe, among others.

The long-eared hedgehog is noted because of its long ears and short quills. They generally prefer to release their quills and then flee, rather than curling up into a ball as a form of defense. They are very fast, much more than the common hedgehog.

Although its name is very similar to the previous hedgehog, the Indian long-eared hedgehog or Hemiechinus collaris is very different. It inhabits the arid regions of Pakistan and Northwestern India.

It is relatively small and has dark colors. It is interesting to note that this hedgehog performs a ritual dance to impress the female over more than one day.

The Daurian hedgehog or Mesechinus dauuricus is a lonely little hedgehog that lives in Russia and northern Mongolia. It is between 15 and 20 cm (6 to 8") long and is protected in those countries.

Next on our list is Hugh's hedgehog, central Chinese hedgehog or Mesechinus hughi and it is endemic to the steppes of central China.

The desert hedgehog or Paraechinus aethiopicus is particularly small - about 15 cm (6") long - and very difficult to harm, as it curls itself up into a ball that protrudes its long quills in all directions. Its colors vary between dark and light.

It is found in the desert areas of North Africa and the Middle East.

The Indian hedgehog or Paraechinus micropus is native to India and Pakistan and has a patch or spot on its face like a raccoon's mask. It lives in high mountain areas where water is readily available.

It measures about 15 cm (6") and is quite fast, but not as fast as the long-eared hedgehog. This hedgehog also has a varied diet that includes frogs and toads.

The Brandt's hedgehog or Paraechinus hypomelas measures about 25 cm (10") long and has large ears and a dark body. You can find it in parts of Pakistan, Afghanistan and Yemen. When threatened, it tends to curl itself up into a ball. However, it also uses a "jumping" attack to surprise its attackers.

Also known as the Wang's forest hedgehog, the Gaoligong forest hedgehog was only discovered in 2018, making it the 17th known extant hedgehog species. Since its recent discovery, not much is yet known. We do know its habitat is subtropical forest areas at high elevations. They are hedgehogs which hibernate nearly half the year and its population is believed to be small. Hopefully some new specimens may be hiding somewhere yet to be discovered. 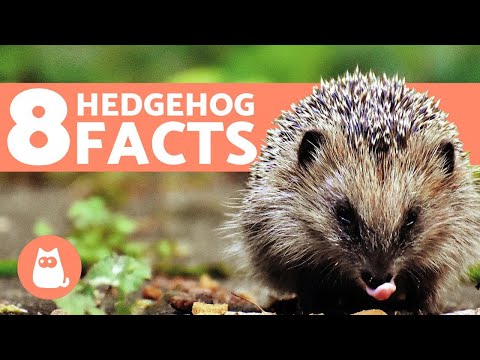 If you want to read similar articles to Types of Hedgehogs - A Complete Guide, we recommend you visit our Comparisons category.

Administrador AnimalWised
25/10/2019
Thank you, always great to hear!
Rating:
Curst Saden
24/06/2019
Hello! This is an awesome list you have here! Though, it appears to be incomplete. There are 17 species of hedgehog and you only have 16. Would you consider adding the Gaoligong forest Hedgehog ?

You are correct that there was a hedgehog known as the 'Wang Hedgehog' missing from this list. The reason for this is because this species was only discovered in 2018, after this article had been originally published. It has been updated, thank you for your comment.
Lizl
15/05/2018 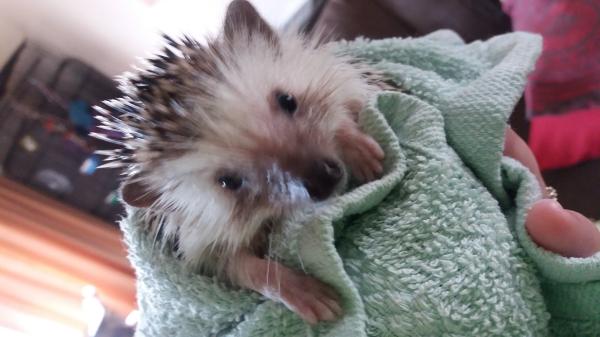 Good day, will these different types of hedgehogs cross breed ? Someone who do not have the knowledge might mistake the Somalian hedgehog with the African Pygmy. What about tenrec`s, I don`t see them on the list. Are they related to hedgehogs ?

Although sharing a lot of physical similarities, the Tenrec is not actually a hedgehog (despite being known by name as a Lesser Hedgehog Tenrec). Tenrecs are a larger family sharing similarities to many other mammals such as otters or opossums.

As far as cross breeding different genera of hedgehog, this is unlikely. While some animals can perform intergeneric crossbreeding (giving us such animals as the liger or the mule), it is relatively rare in nature.
Types of Hedgehogs - A Complete Guide 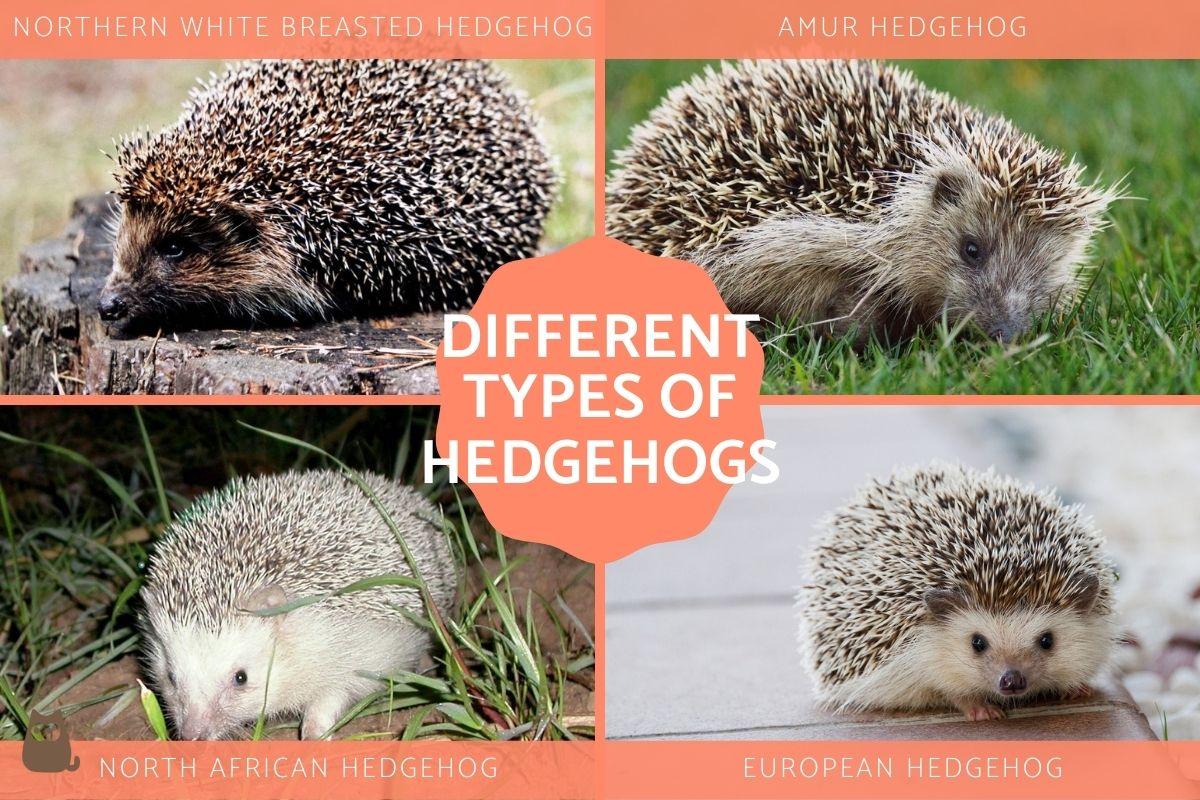 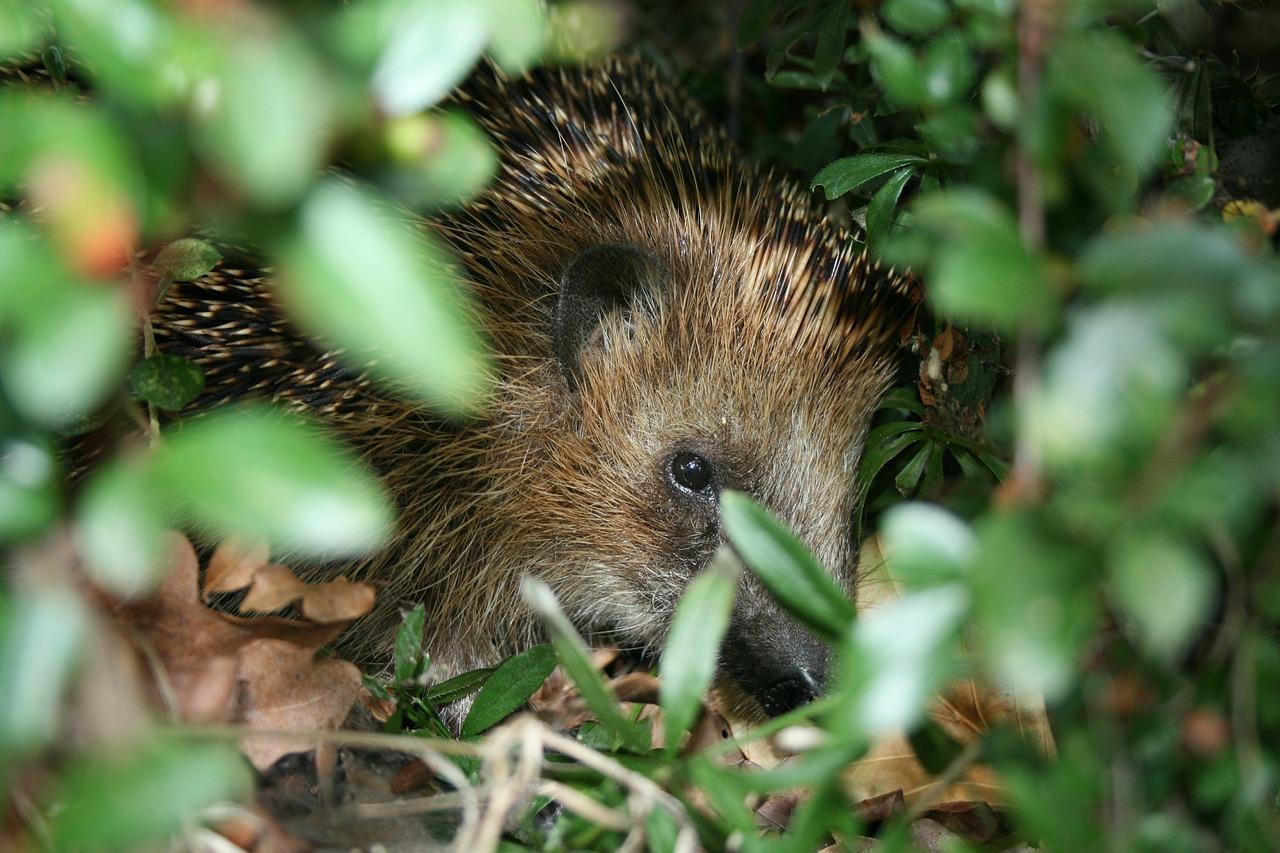 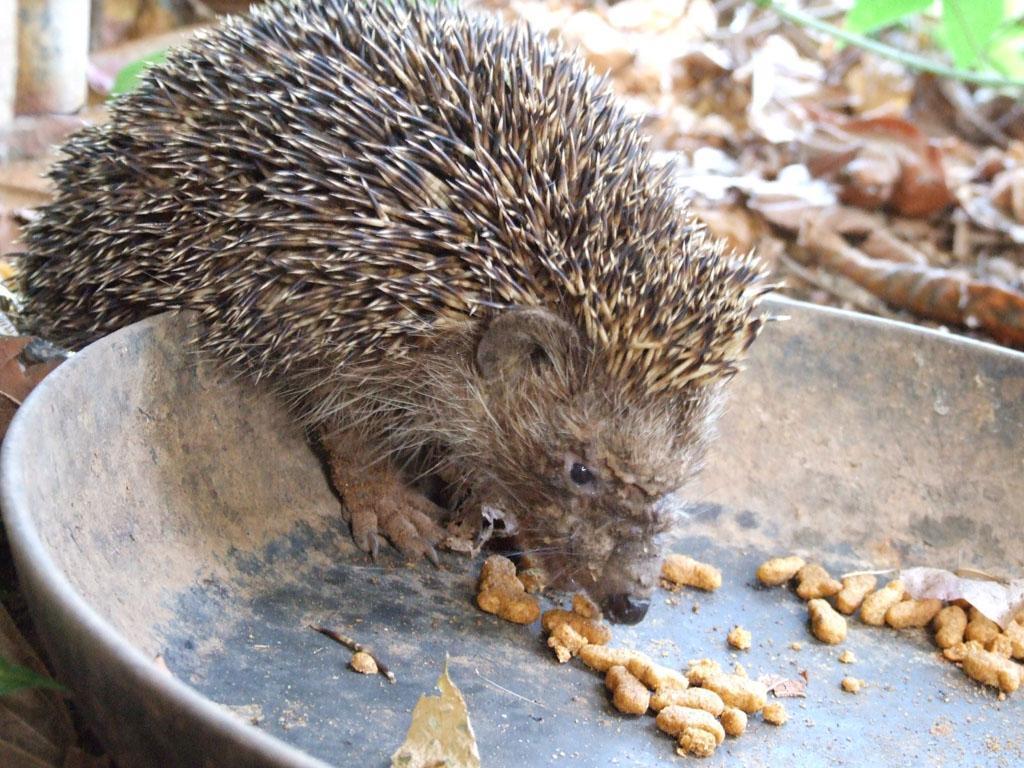 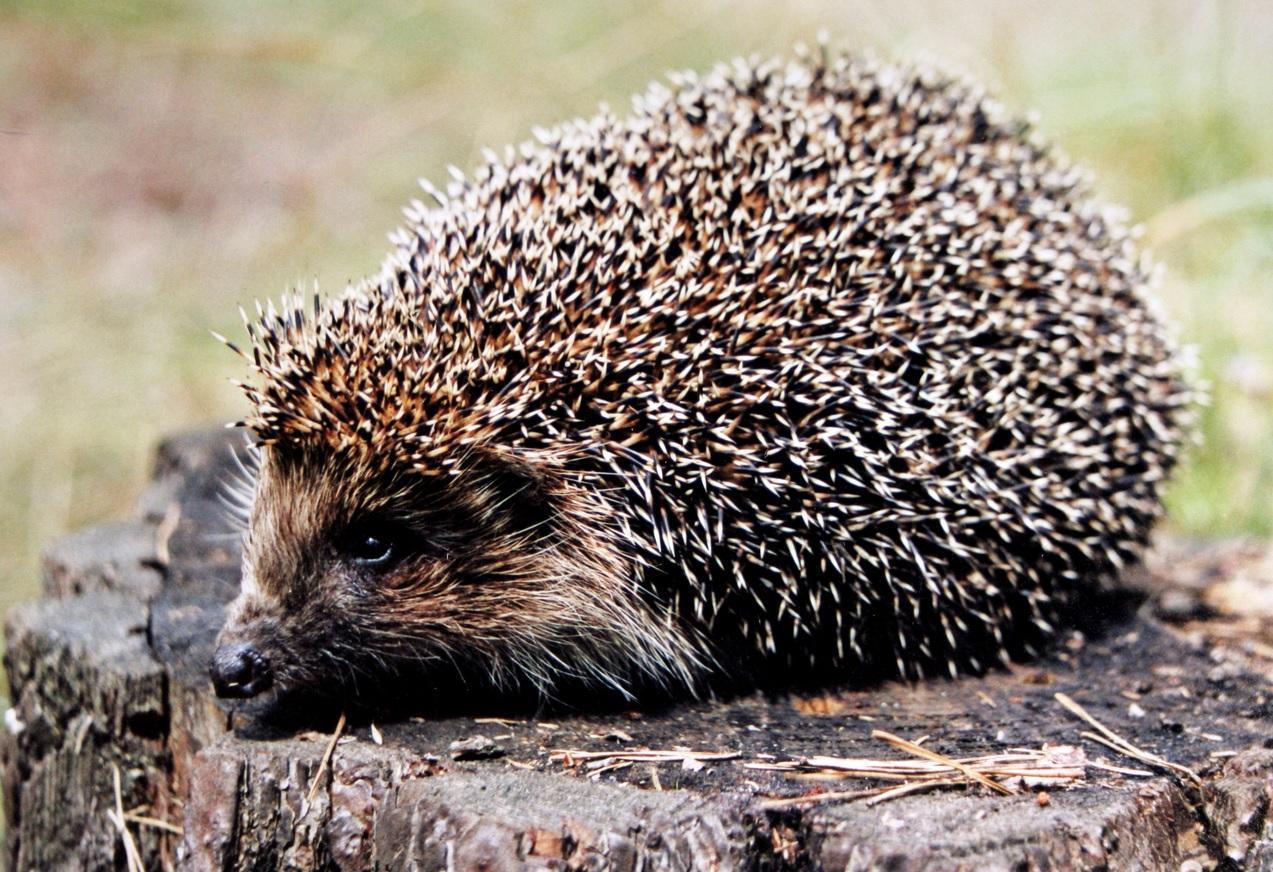 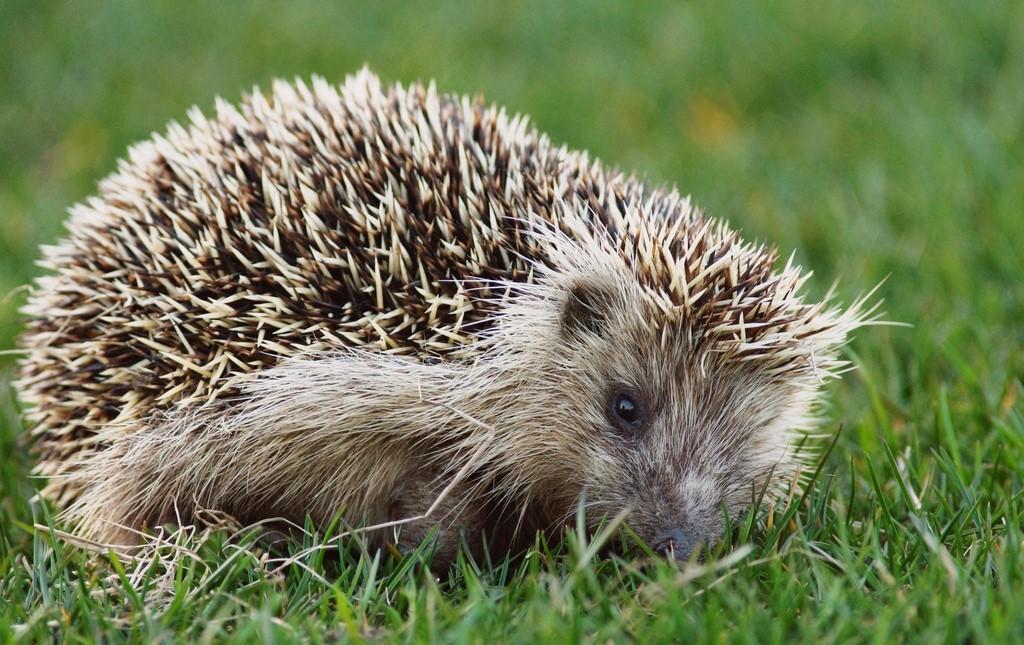 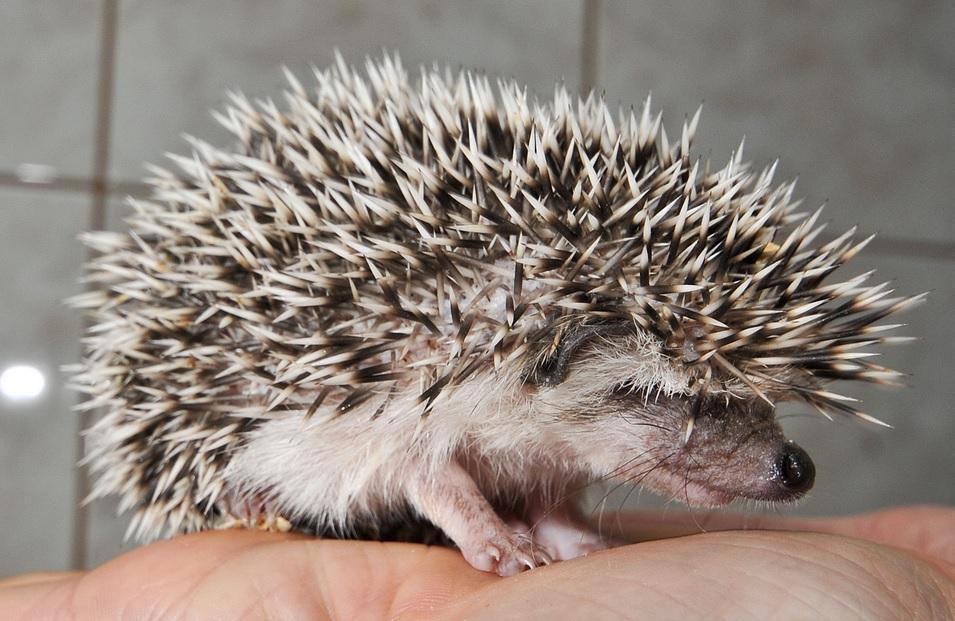 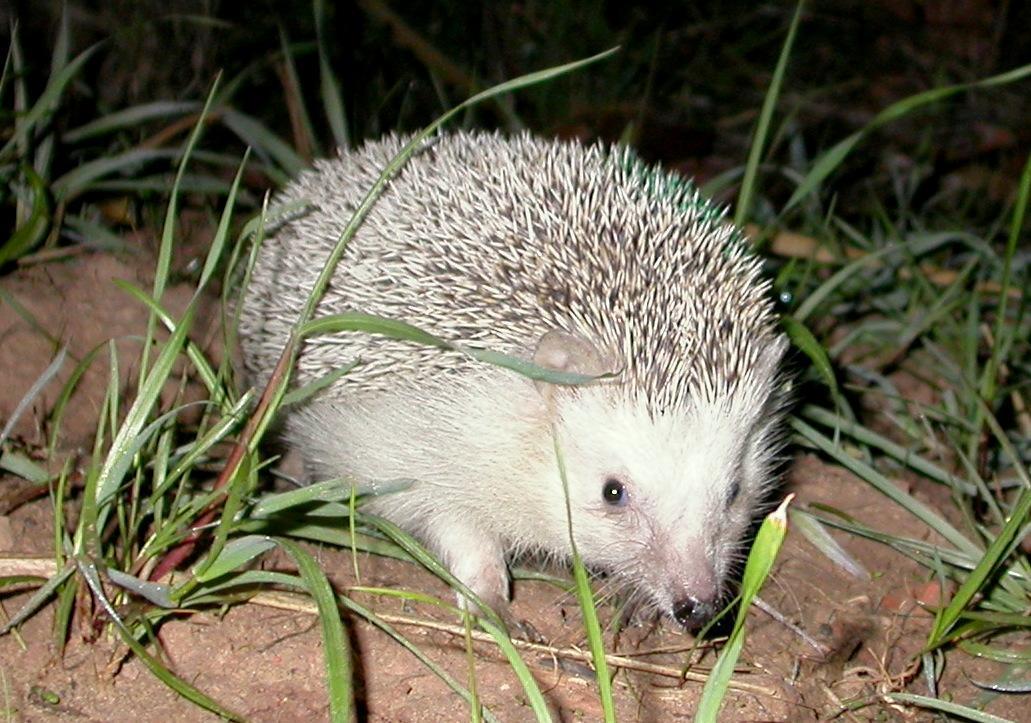 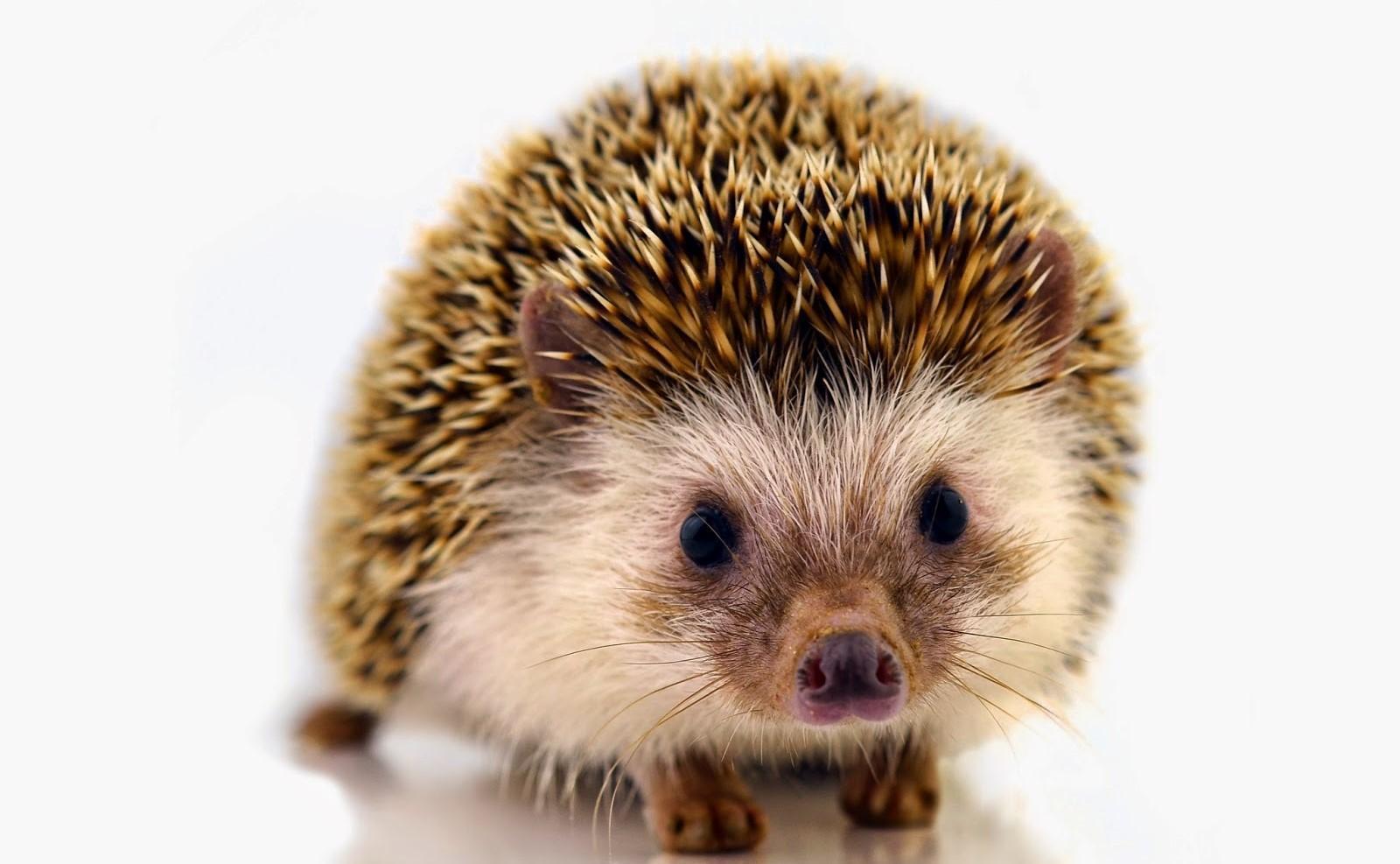 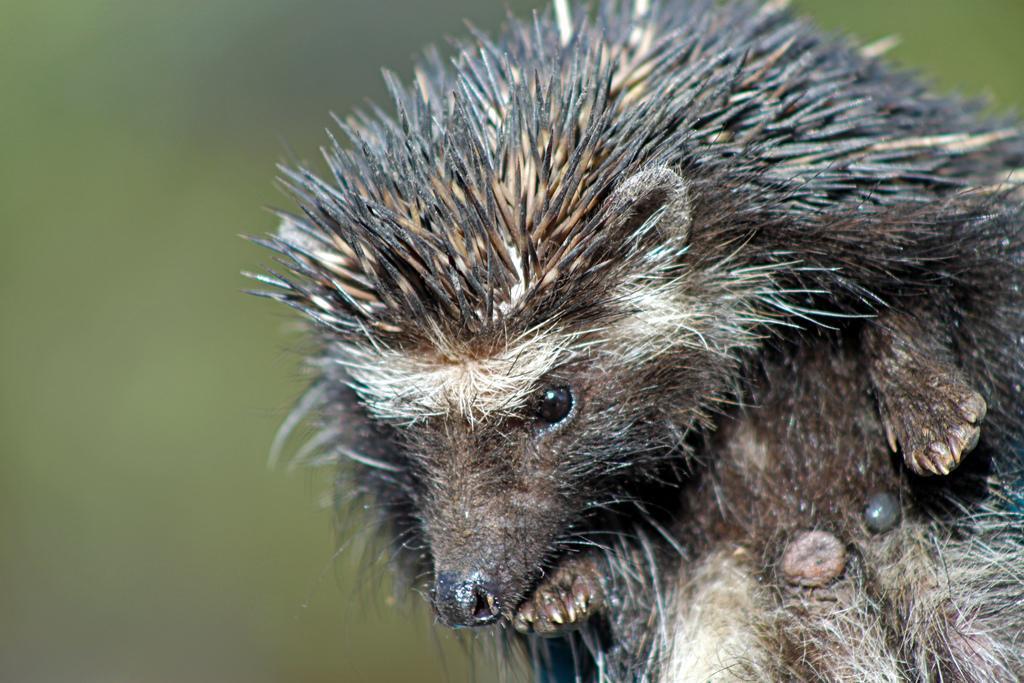 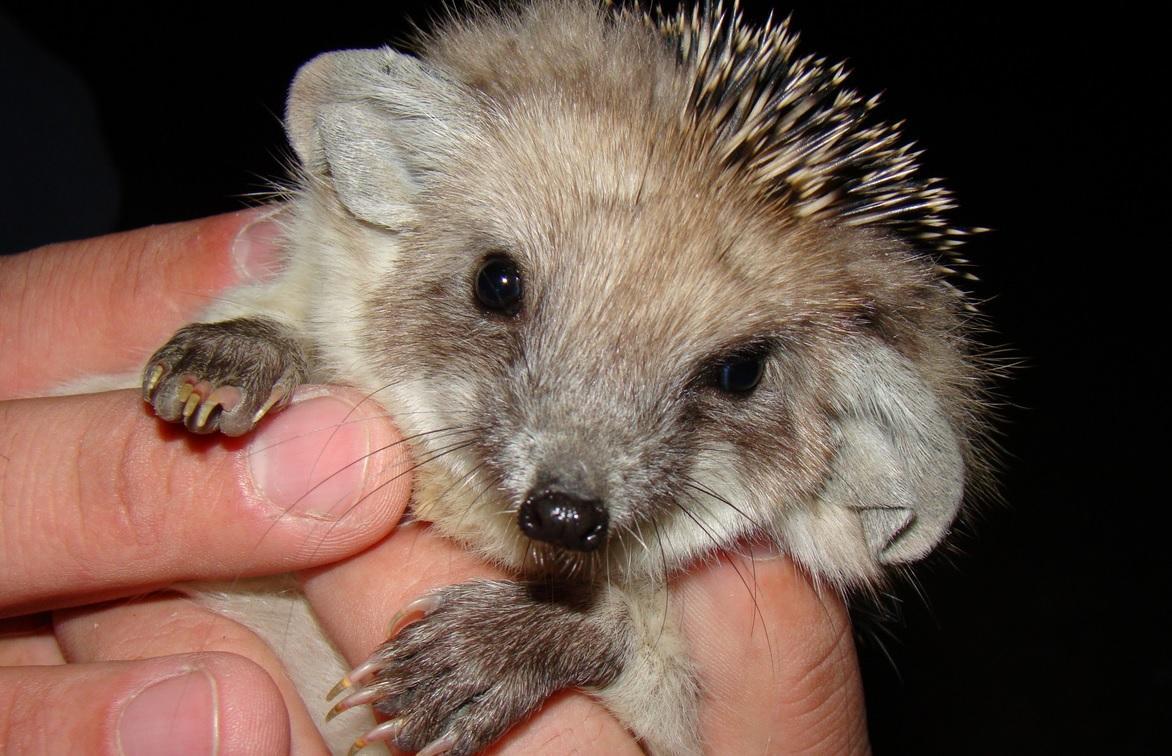 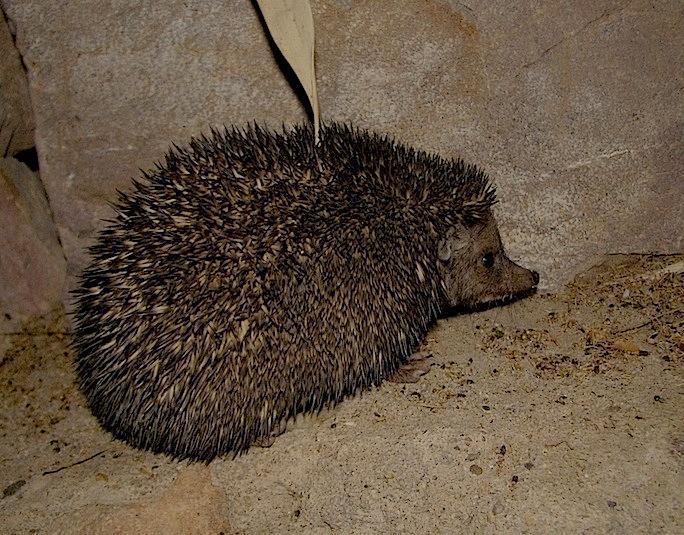 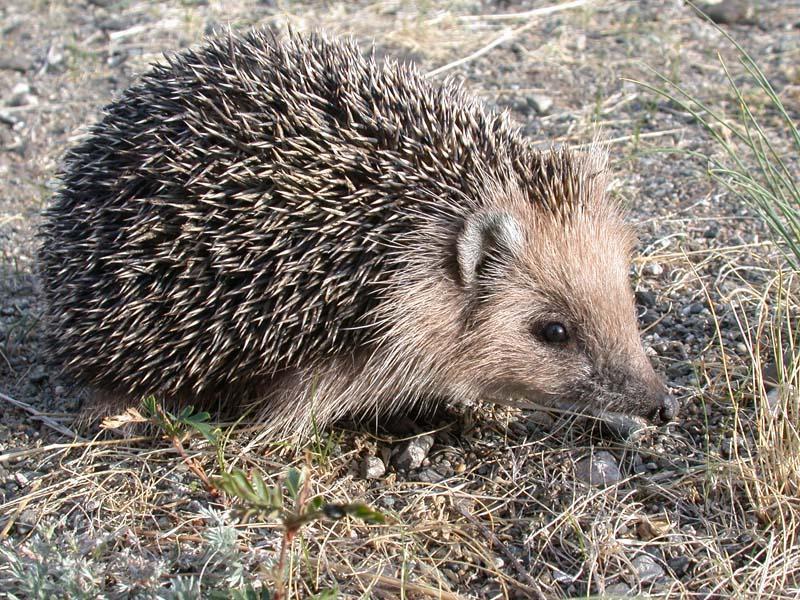 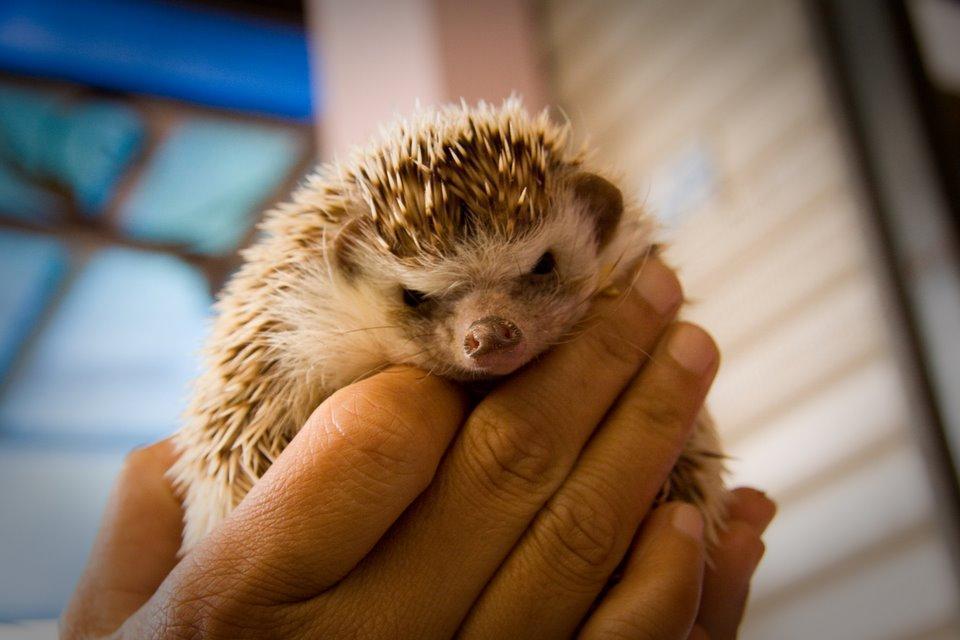 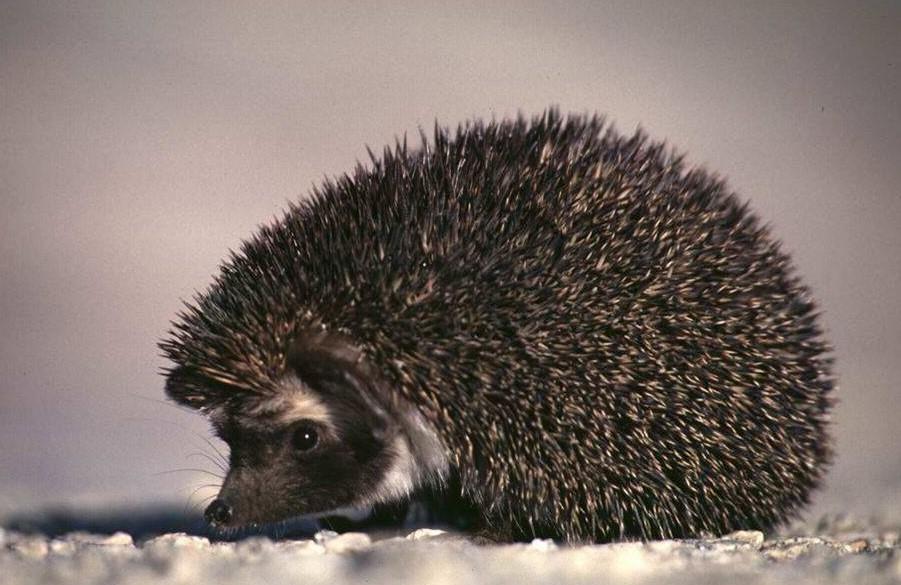 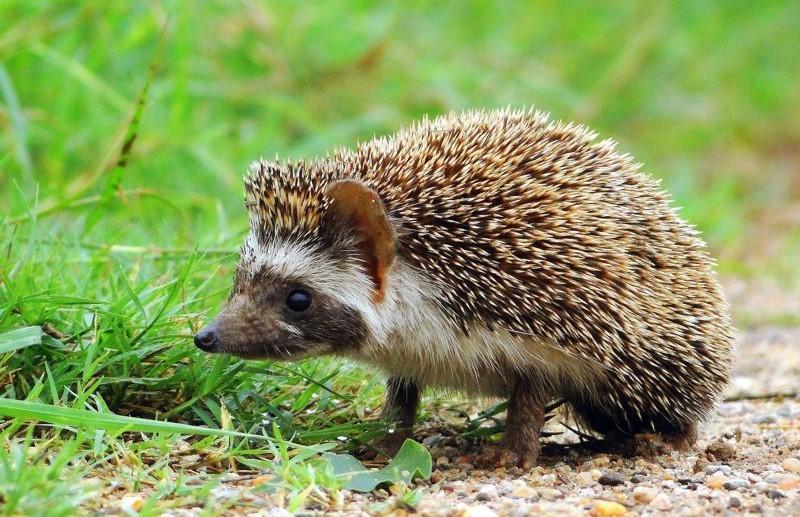 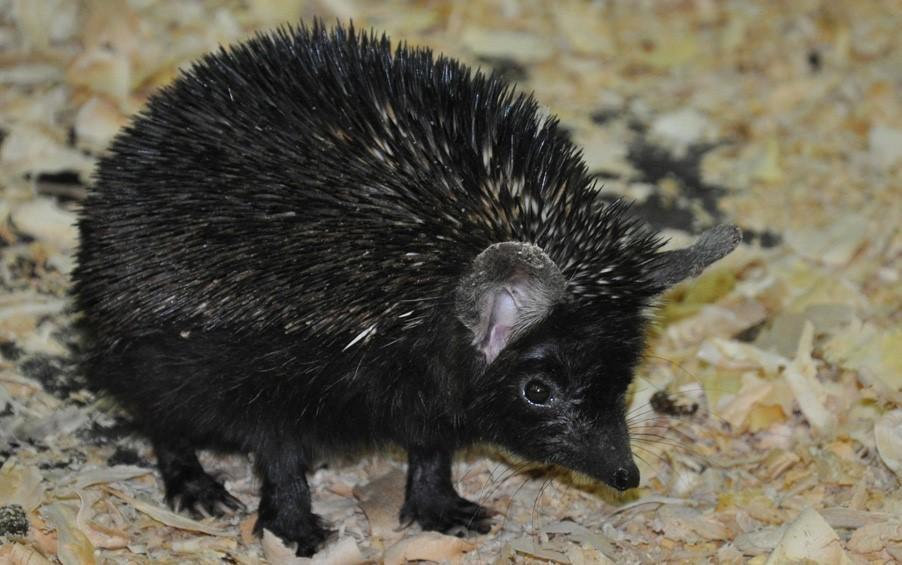 Image: Leszoosdanslemonde
1 of 16
Types of Hedgehogs - A Complete Guide
Back to top