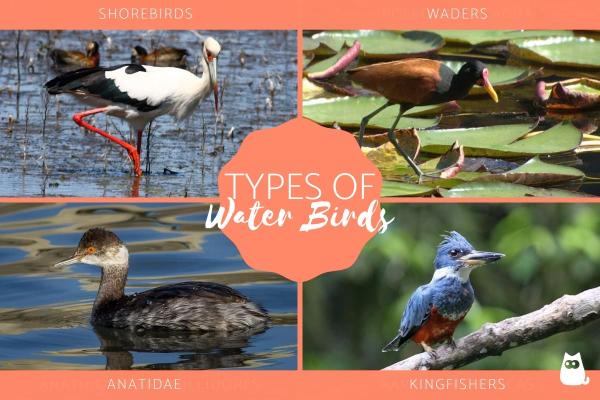 Water birds are a group of birds which make up one of the most charismatic fauna which inhabit wetlands. There are many types of birds which live on and around bodies of water. Some water bird species are not fully adapted to the aquatic environment and only use these locations part of the year, depending on their biological cycle. This is often to carry out necessary behaviors such as nesting, breeding or even changing their plumage. Other water birds have developed anatomical and psychological characteristics which allow them to optimally use aquatic environments. These birds can depend on them to complete their entire life cycle.

If you want to learn more about the different types of water birds you might be able to find, AnimalWised brings you a complete list with examples and pictures of these beautiful species. We also share their characteristics and some general facts about what you might be able to expect.

You may also be interested in: Types of Bird Feet
Contents

What are water birds?

All birds, as with all vertebrates, need water to survive. However, when we refer to water birds, it is important to distinguish them as bird species which make up part of an aquatic ecosystem. These birds require the aquatic environment for either part or all of their life cycle to survive.

The types of water birds which make up this very broad category are incredibly varied in terms of their morphology (body shape and form), size and adaptations to their environment. Both migrating and non-migrating birds are in the water bird group. Both take advantage of the aquatic environment to find food, mates and anything they may require.

As water birds is such a general category, it has been useful to break this large group into sub-categories. They are:

Within these two sub-categories are even more specific groups, collated both taxonomically and behaviorally. We take a look at some of them in more detail below. They are mainly wild birds which cannot be kept as companion animals. If you ware interested in more suitable options, we have more information on the different types of pet birds.

While it may be a varied category, there must be certain characteristics of water birds which they share. Otherwise, they would not be grouped together. Here we detail some of these shared qualities.

As with all birds, water birds are vertebrate animals. What sets them apart mainly has to do with their habitat. Water birds all depend on wetlands or bodies of water to survive, even if they do not live their for their entire lives. These birds not only sustain themselves from wetlands, but they play important ecological roles for other flora and fauna. For example, wetlands serve as nesting sites for many water birds, but their feces is also helpful in maintaining the ground for vegetation.

Since these species are adapted to living on or near water, they have certain unique characteristics. Although the extent will vary according to the specific type of water bird, most will have interdigital membranes known as ‘webbing’ on their feet. These types of bird feet may include:

Water bird species also have waterproof feathers as an adaptation to the water. Many of them dive to find their food. Others have very long digits and claws which they can use to move through flooded areas and soft surfaces without sinking, e.g. jacanas. Species such as storks and herons have very long legs which allows them to search for food in shallow waters without wetting their plumage.Wing development is also a key factor as there are some which have adapted to use wings for swimming as well as flight. The flightless penguin has fusifrom wings which are only used for swimming. To know more, take a look at our article on where penguins live.

The shape of a water bird's beak is also well-adapted to aquatic living. Some species have beaks which are able to be used for feeding in waterlogged terrain. Shorebirds, for example, have long and thin beaks which are used to wade through shallow waters. Others, such as the duck, have a wide bill which is used to filter the water they intake. Read our article on birds with long beaks to find out more.

The presence of one type of water bird in a wetland area will depend on the degree of vegetation present, its seasonality, and its size and shape.

Types and examples of water birds

They are a group of birds associated with the sea and its coastlines. This may mean they have to spend much of their lives away from land at all, often looking for food and other resources on the sea itself. Their morphological adaptations allow them to dive, swim and immerse themselves in the water to search for food. However, since the sea has high salinity, many have specialized glands which are used to eliminate excess salt.

Seabirds are a varied group which includes many different species. These include:

Here we have a group of water birds which are categorized by their biological grouping, rather than just their habitat. They are various bird species which are specialized in swimming and diving. One of the most common water birds are:

While most water birds are not companion animals, keeping ducks as pets has become a more popular phenomenon of late. However, as with any pet, you will need to ensure you meet the responsibility of their care.

In general, these birds adapt to aquatic environments, but what differentiates them from other aquatic birds is their ability to walk in water (wading). This technique is used to capture the fish that make up a substantial part of their diet. This is done thanks to their long legs, neck and beak. Within this group we can name certain herons like the grey heron (Ardea cinerea) and storks like the maguari stork (Ciconia maguari), for example.

They are those that are adapted to a wide variety of aquatic environments, such as high mountain wetlands, sandy or rocky beaches, mangroves and others. They are small or medium-sized birds with long legs, with short and wide beaks such as the little ringed plover (Charadrius dubius ), or elongated and fine, such as the Andean avocet (Recurvirostra andina).

Some people confuse waders and shorebirds, especially because they are both wading birds. However, this depends on where you are. In North America, herons and storks may be referred to as waders instead of shorebirds, but not generally in the rest of the world.

Most of these species use the vegetation present on the banks of lakes, ponds or other bodies of water, which is abundant where they can protect themselves and search for food. They are adapted both for swimming, as in the case of the Eurasian coot (Fulica atra), and for walking over vegetation such as wattled jacanas (Jacana jacana). Members of this group generally have bodies that allow them to move easily through dense vegetation.

This group is made up of species that are not strictly aquatic or have adaptations for swimming, but use different techniques of aerial predation to capture their prey. In most cases these are fish, but they will catch land animals if possible. Examples of these birds are the Osprey (Pandion haliaetus) and the ringed kingfisher (Megaceryle torquata).

Waterfowl and other water birds

Some people confuse water birds with waterfowl. While all waterfowl are water birds, not all water birds are water fowl. Generally, they are used to describe birds in the order Anseriformes. These include ducks, swans and geese. For this reason, many people refer to waterfowl as those which are regularly hunted for game, although this is not always the case.

Like the previous group, these species do not have adaptations for life in aquatic environments, but they are associated with the vegetation surrounding water bodies. It is from here they obtain their food. The white throated dipper (Cinclus cinclus), for example, is the only passerine (referring to the order Passeriformes) that is strictly aquatic. It has a dense and waterproof plumage and other physiological adaptations that allow them to dive for several seconds and swim in the water using their wings.

While many water birds survive by eating the fish which inhabit the bodies of water near which they live, not all fish come to the surface. Some are dwell much deeper in the world's oceans, where not even penguins can reach them. It is in these depths that some of the rarest marine life in the world resides and you can discover them in this video:

If you want to read similar articles to Types of Water Birds, we recommend you visit our Facts about the animal kingdom category. 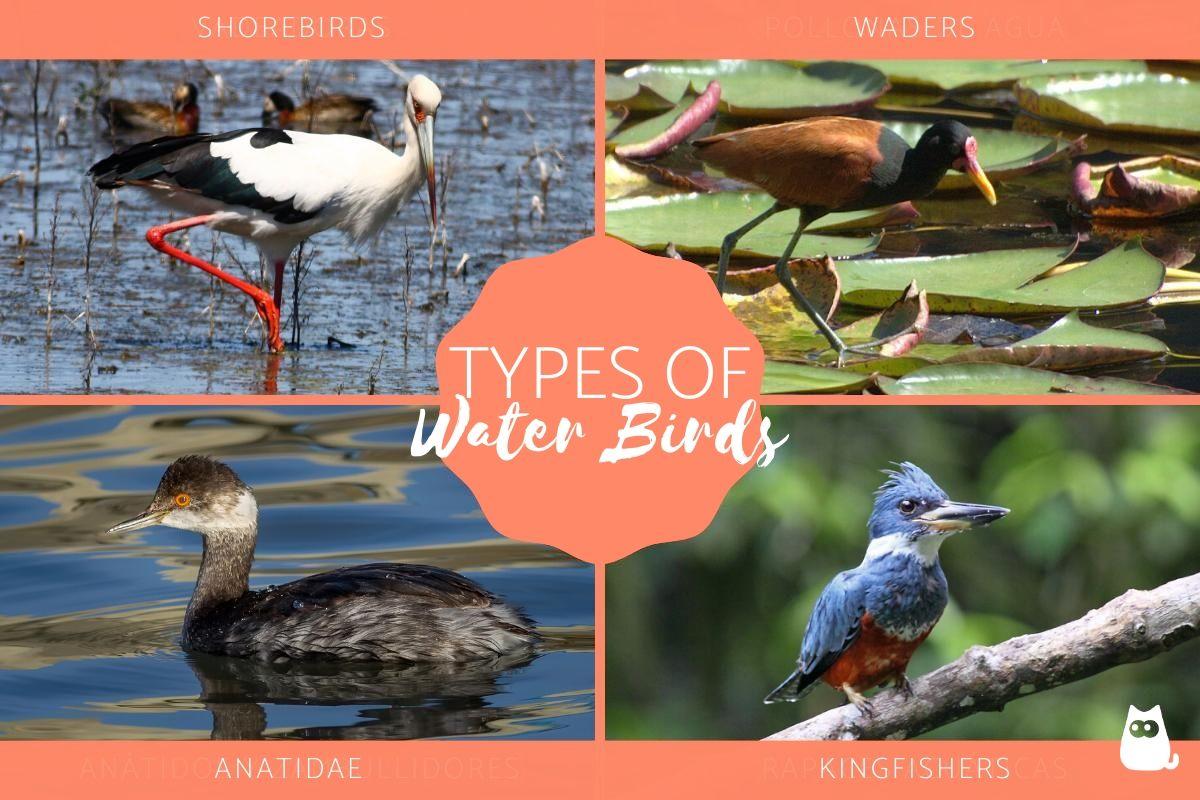 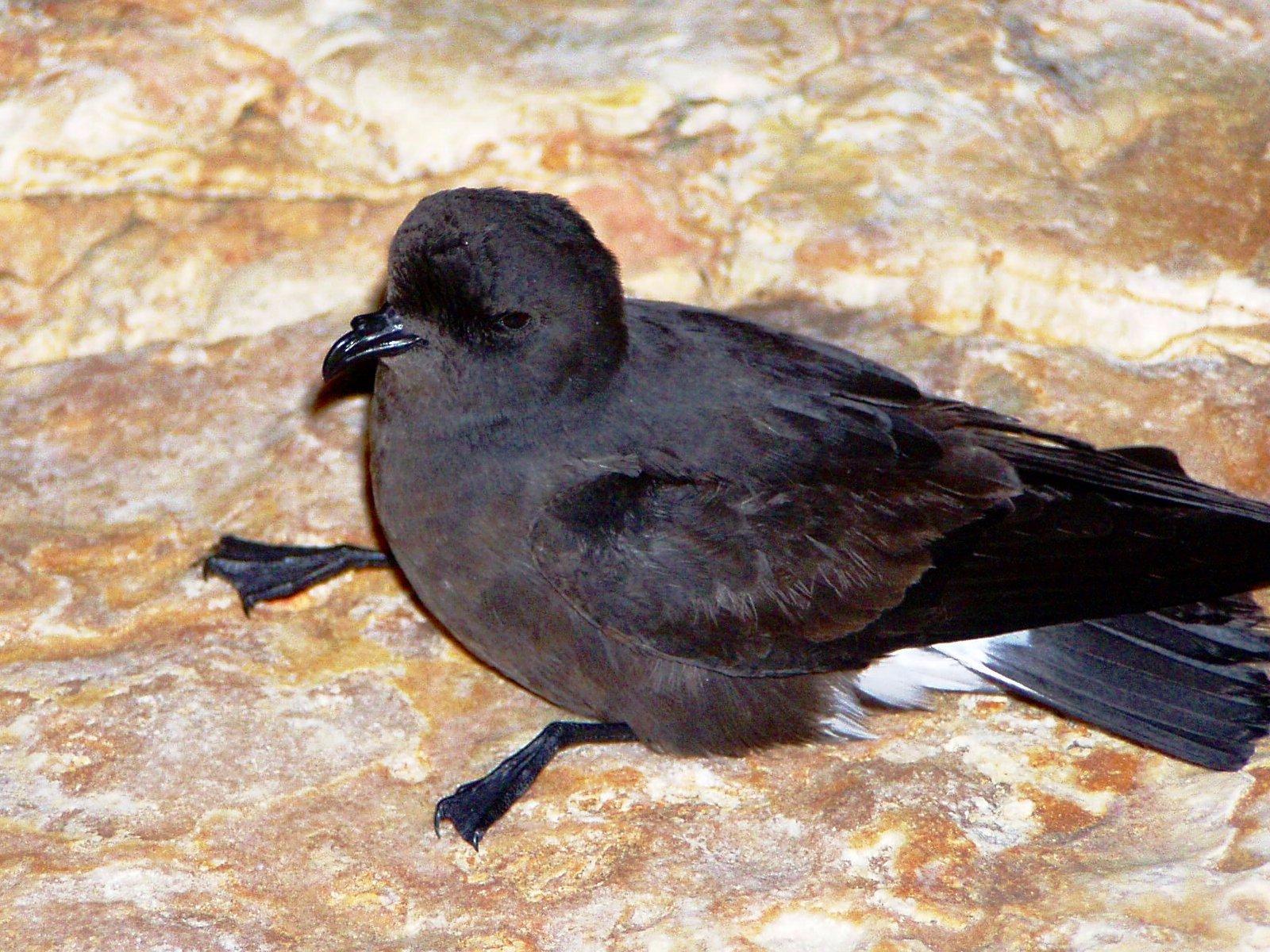 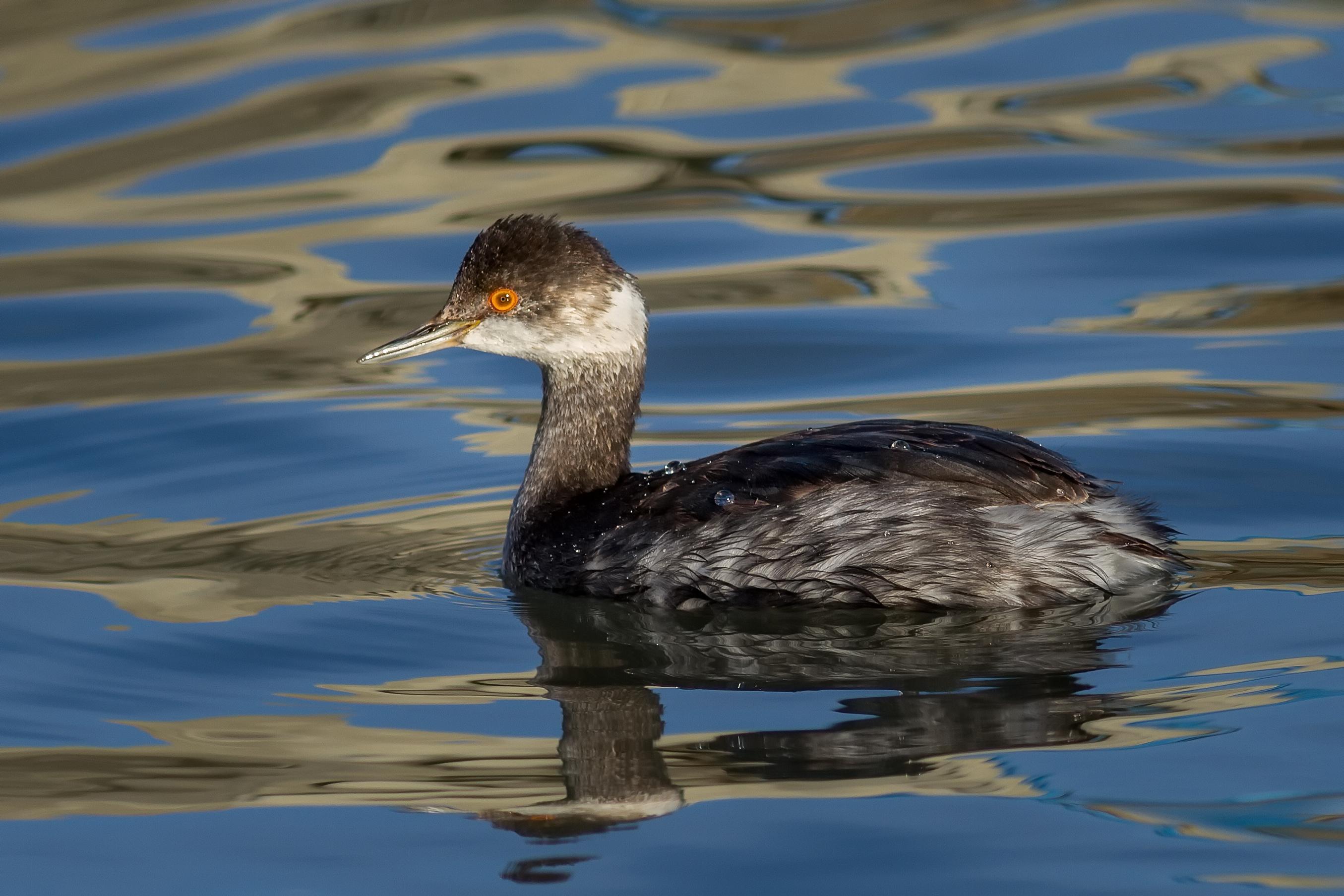 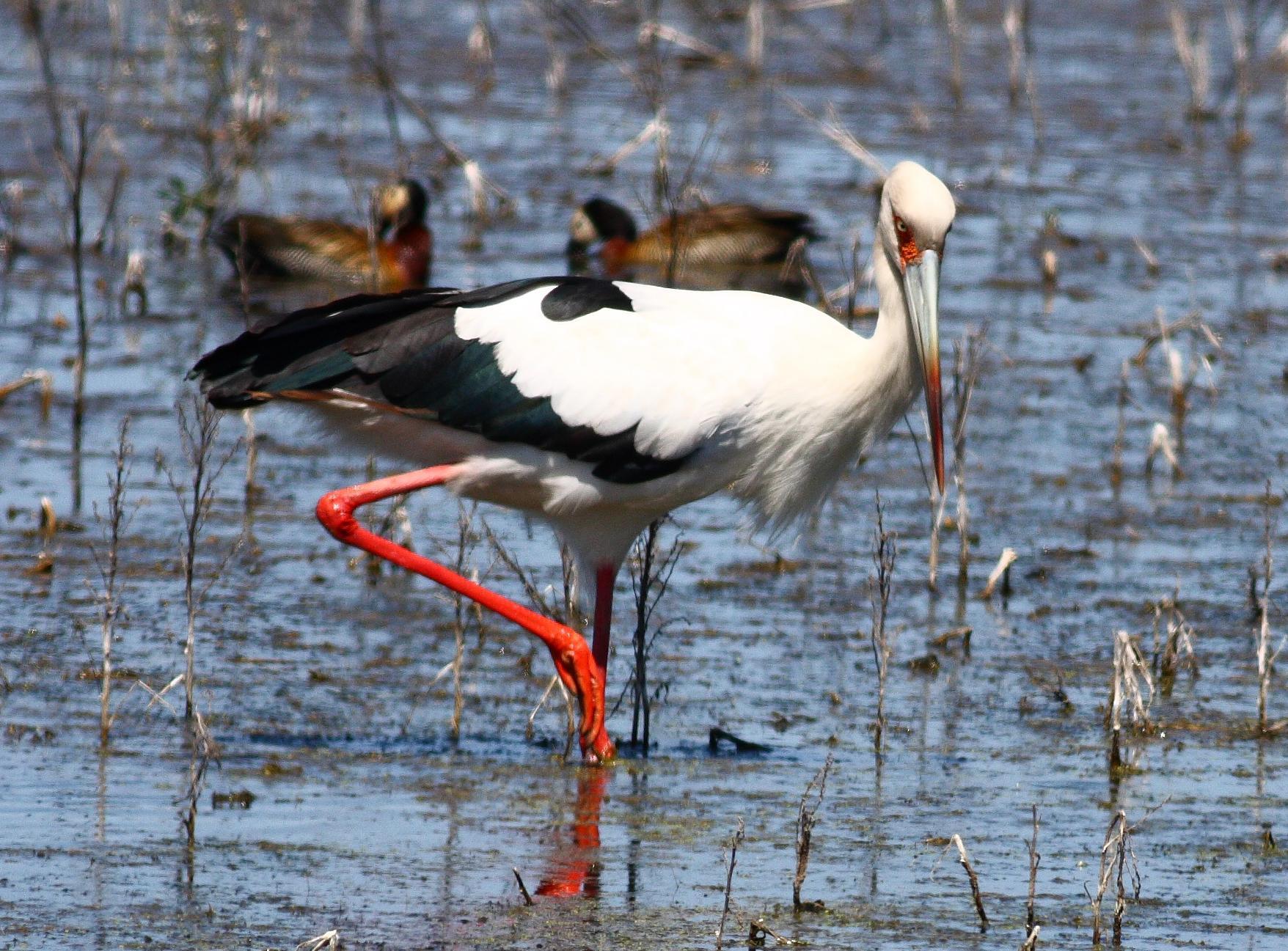 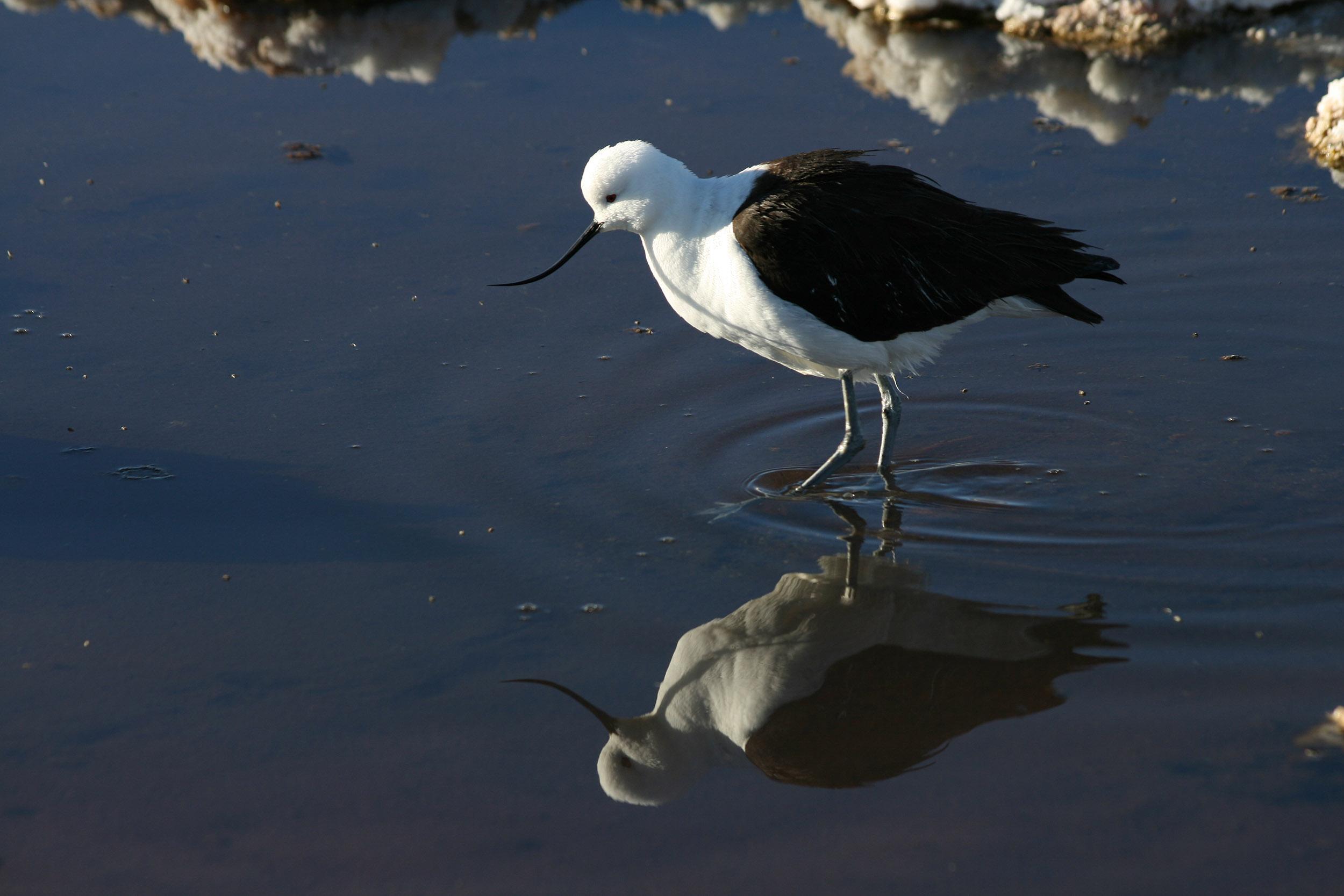 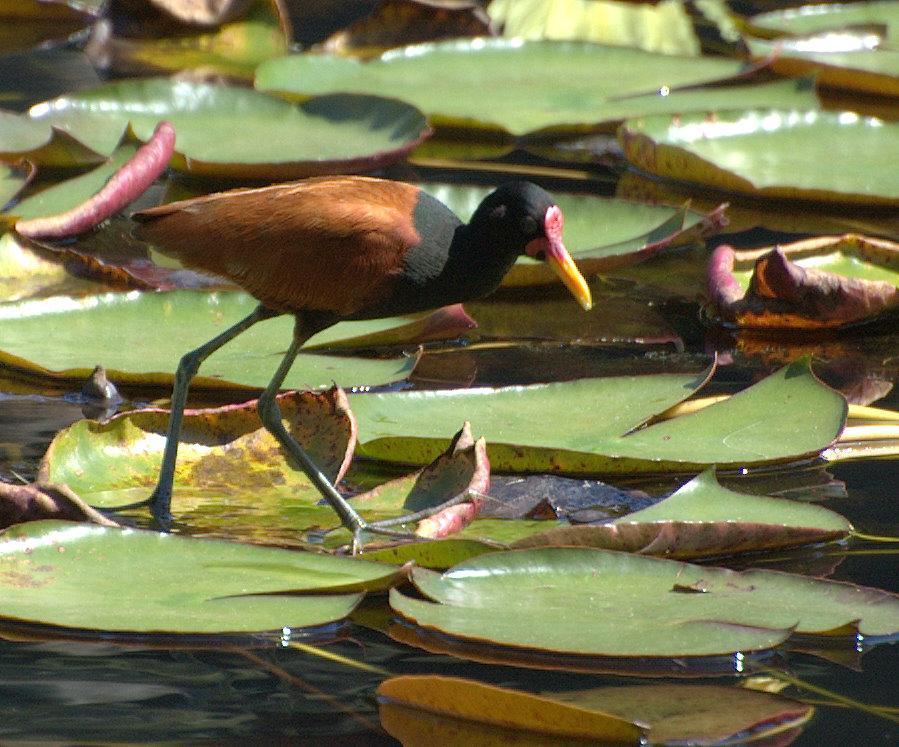 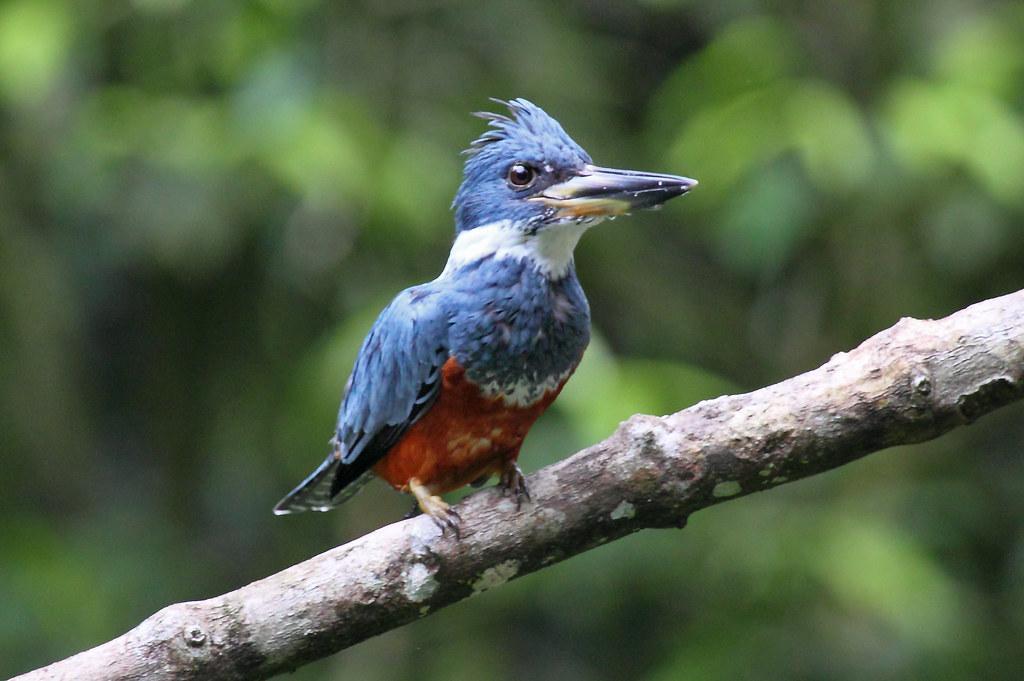 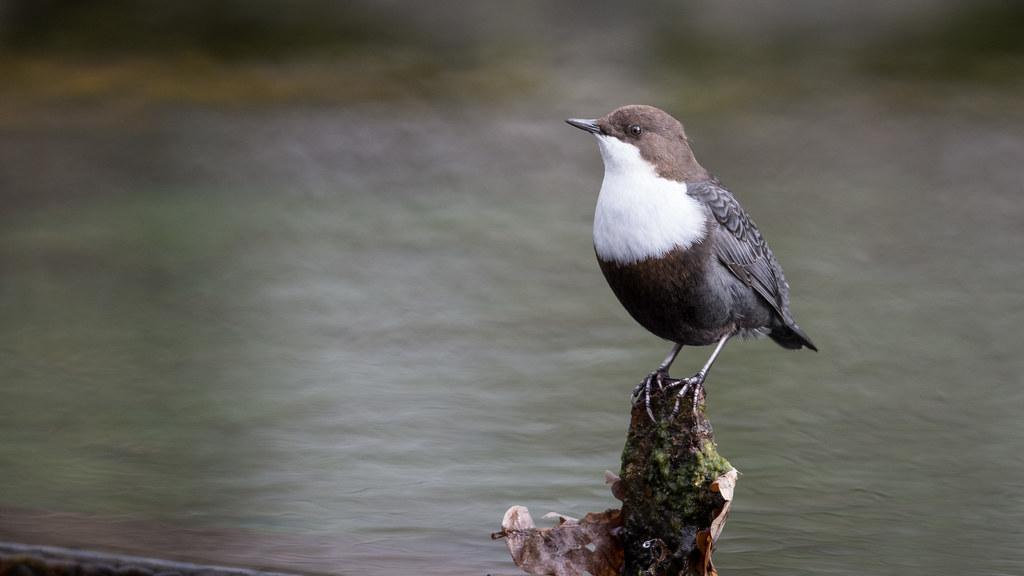 1 of 8
Types of Water Birds
Back to top