There are many different species of birds, not all of which you will want to keep in your house. Although all animals are beautiful, trying to keep a seagull in a cage is not going to be a happy experience for anyone. This is why some birds are kept as pets and others are not. Some pet birds are suited to the domestic environment and can even bond with their human guardians. Others will have none of it.

At AnimalWised, we bring your our list of different types of pet birds, as well as share some specific issues which might help you decide which one to adopt. We also discuss some birds which may make good pets, but why keeping them might not be a good idea.

You may also be interested in: Types of Water Birds
Contents

Whichever type of bird you decide to adopt, their requires responsibility. One of the most basic care needs is appropriate feeding. This will vary depending on the species as it differs bird to bird. Some feed on seeds, others on fruit or insects. Therefore, it is necessary to be well-informed and ensure they receive a balanced diet catering to the nutritional needs of the specific bird type.

It is also vital to consider the bird's living space. Some think all pet birds need to be placed in a cage, but there are many parrots which can live happily on a stand without needing to be caged. For those which do, you will need to choose one which meets the recommendations of the specific species. Even in enclosed spaces, the bird will need a certain amount of space to move. Our article on what to consider when buying a bird cage can help you to know more.

Parrots generally need a quiet space without a stressful stimuli in their environment. This could mean keeping the house cat away from them or ensuring the temperature is correct. Stressors in their environment can lead to behavioral problems, but also serious health risks. Keeping them in a cage without giving them opportunity to fly is also a problem.

Although smaller birds may have plenty of room in a big cage, birds such as canaries and budgerigars will still need to roam for at least a couple of hours a day. You will need to ensure there is no way for them to escape during this time. Their cage will also need environmental enrichment in the form of toys, mirrors and other elements to ensure they kept cognitively stimulated.

There are countless species of birds on our planet, with new ones being discovered regularly. However, not all will be suitable as pets. The different species of domestic birds are classified according to different criteria. These include the phylogenetic family to which they belong or even their size.

Two main types of pet bird are important for practical reasons. These are whether they are a songbird, such as the canary, or talking birds such as the parrot.

Many bird species are especially famous for their singing. This may be due to having a particularly recognizable or particularly peculiar singing voice. Even some of the best singing birds, however, might be quite loud and it is a factor you will need to consider when adopting. Domestic songbirds include:

Presenting a reddish neck (why it is known as the robin red breast in some places), the European robin has a refined, sweet and elegant song. It is very pleasant to listen to. They are a trusting bird which is why humans can often interact with them well. However, being kept as a pet is illegal in certain countries and territories.

Without doubt, the canary is one of the most common birds kept as a pet. They have an unmistakable intense yellow color which has since become known as canary yellow. Their song is spectacular, happy and changeable, depending on the sex of the animal. In some cases, the singing of the male canary can be intense and more complex than that of females. These birds adapt well to life in the home and are highly recommended as pet birds.

Some canaries will not seem to sing as well at the beginning. There are steps you can take to help improve your canary's singing, but it may also depend on their health and well-being.

The nightingale is an unstoppable singer. It doesn't matter if it is day or night, the nightingale will sing at all hours. Their melodious voice has even been memorialized in Keats' famous eponymous ode. The relationship a nightingale can develop with their human family is astounding, but so too is the one they create with their own offspring. Parents will teach certain melodies to their chicks and can help sustain incredibly old inherited songs.

The zebra finch is a very loving and happy little bird. They barely reach 10-12 cm in size, but they have an overwhelming personality. While in nature this bird is usually grey, domestication has meant that different color variations of this pet bird's plumage has been created. These include with finches or red chested zebra finches. Although it is not necessarily one of the 5 most popular songbirds, they are special in their own way.

Looking after pet birds means you need to ensure their well-being. If a zebra finch is tearing out their feathers, this is a sign said well-being is compromised. You will need to find out the reason why and treat the problem.

One of the most common birds to be kept as a pet, the goldfinch is easy to distinguish thanks to their very particular plumage. Specifically, the goldfinch has a deep red on their face, but their body is light brown and white, with beautiful striped black and yellow wings.

The goldfinch's distinctive appearance and song has led them to be popular birds kept in captivity. However, they are a protected species in some countries and keeping them as pets may be prohibited. In addition, their high sensitivity means they may develop illnesses if guardians are not sufficiently knowledgeable about their care. For those that are, they can make beautiful pet birds.

There are some species of bird which are able to mimic the sound of the human voice. Although they cannot ‘speak’ in the same way as humans, they are considered talking birds and some of them make very popular bird pets:

There are many different types of parrots kept as pets. However, the stereotypical parrot for many is the Macaw. They are beautiful creatures which can be found in a range of colors and varieties. During their (potentially) 50+ life expectancy, they can learn an immense repertoire of sounds. They are incredibly intelligent and don¡t only mimic the human voice. Pet macaws can also learn how to replicate the sounds of household appliances, cars and more.

Deep and deep-voiced, parakeets can reproduce a wide repertoire of sounds, although only in the case of males. Females do not speak. During their life, which usually lasts between 5 and 8 years of age, they can learn multiple words. There are many different types of parakeet and not all will be suitable as pets. However, the common parakeet, also known as the budgerigar, is a wonderful companion animal. This is as long as your provide the right level of care for your budgerigar.

These birds stand out for their vocalizations, but in general it is a confused speech. They are much more difficult to understand than the domestic parrot, for example. In fact, the female cockatoo is not known for speaking very much and some not at all. However, regardless of sex, cockatoos are

for example that of a domestic parrot. The case of the female nymph cockatoo stands out, for not presenting this imitation of sounds or speaking at all.

Illegal birds to keep as pets

In addition to the birds mentioned, there are some birds whose possession is illegal, despite the fact that some people think otherwise. They are as follows:

These are one of the most talkative birds, meaning they can be quite a nuisance to those who prefer peace and quiet. They are sociable and create strong bonds with their human families. However, they are also an invasive species in certain countries such as Spain. Their possession is also tightly controlled in other countries, so you need to be careful with them. Check your local animal authority if you are unsure.

So elaborate and beautiful is the song of these birds that they have become known as the ‘Beethoven of birds’. They have a fascinating song, varied in its tonality and intonation, but it is important to know that its possession as a pet is illegal in most territories. However, since they do live in the wild in many countries, you can attract them to your garden to enjoy looking at these beautiful winged creatures.

If you want to read similar articles to Different Types of Pet Birds, we recommend you visit our Facts about the animal kingdom category. 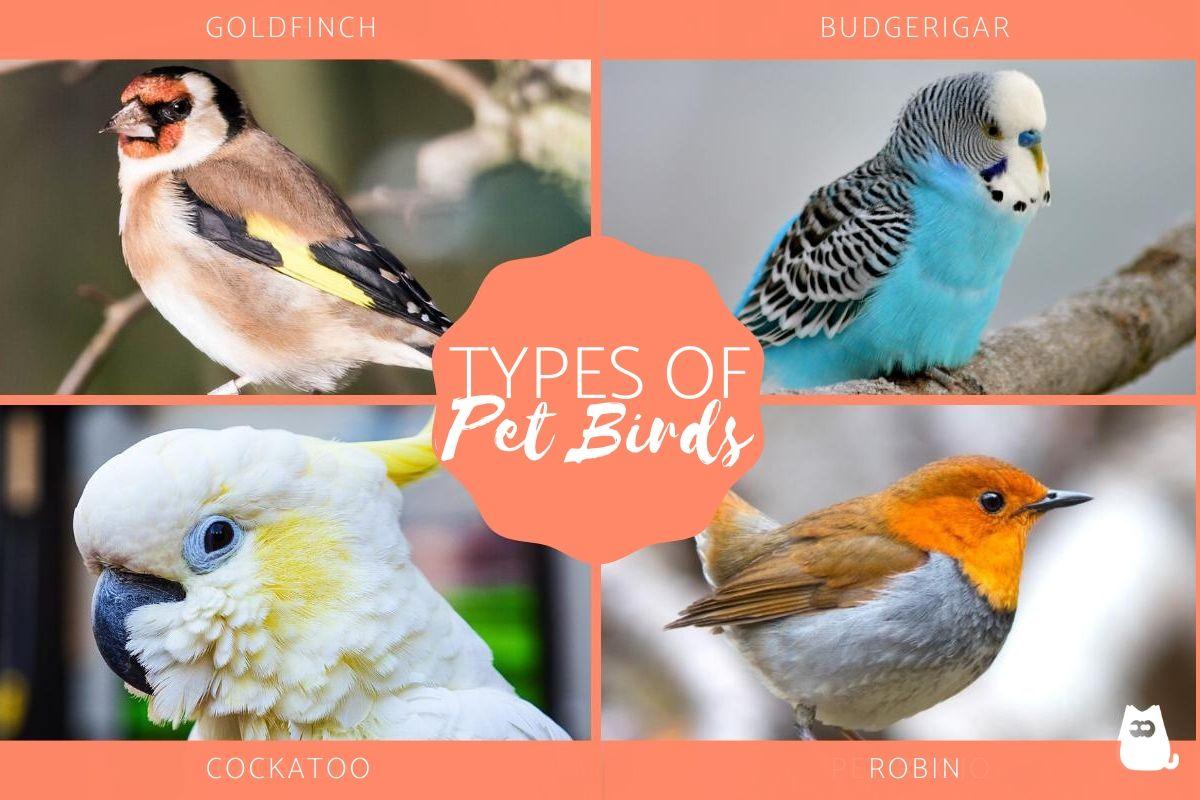 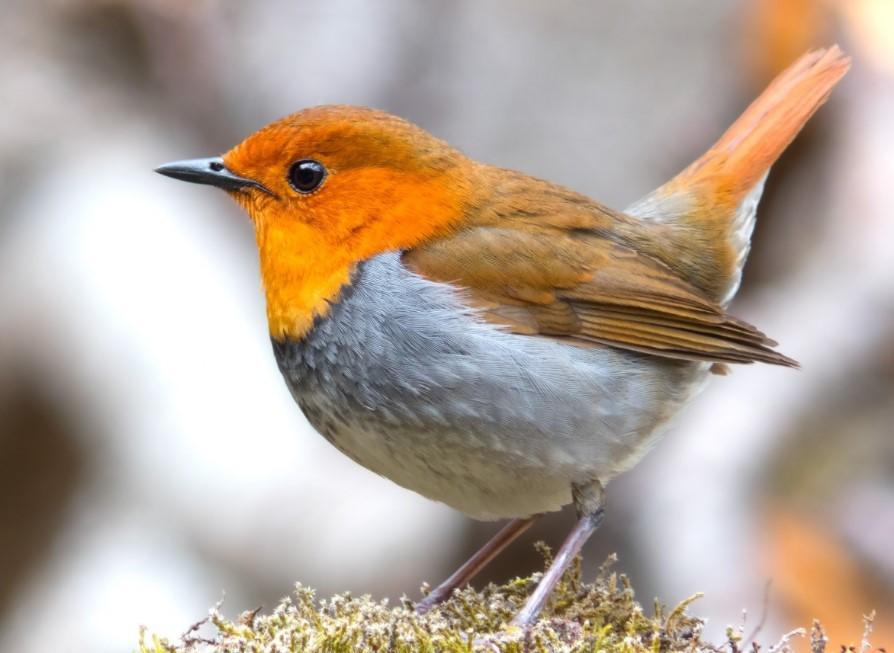 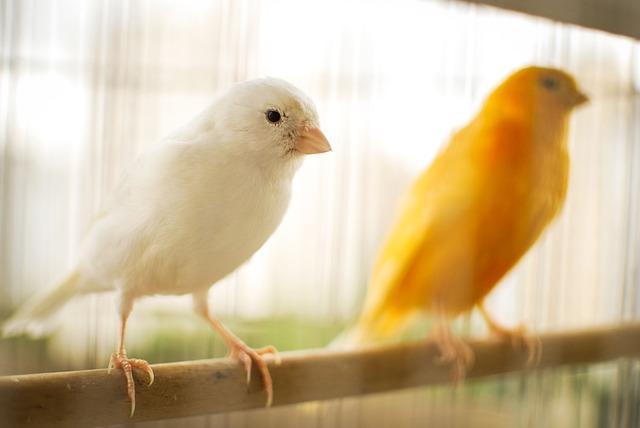 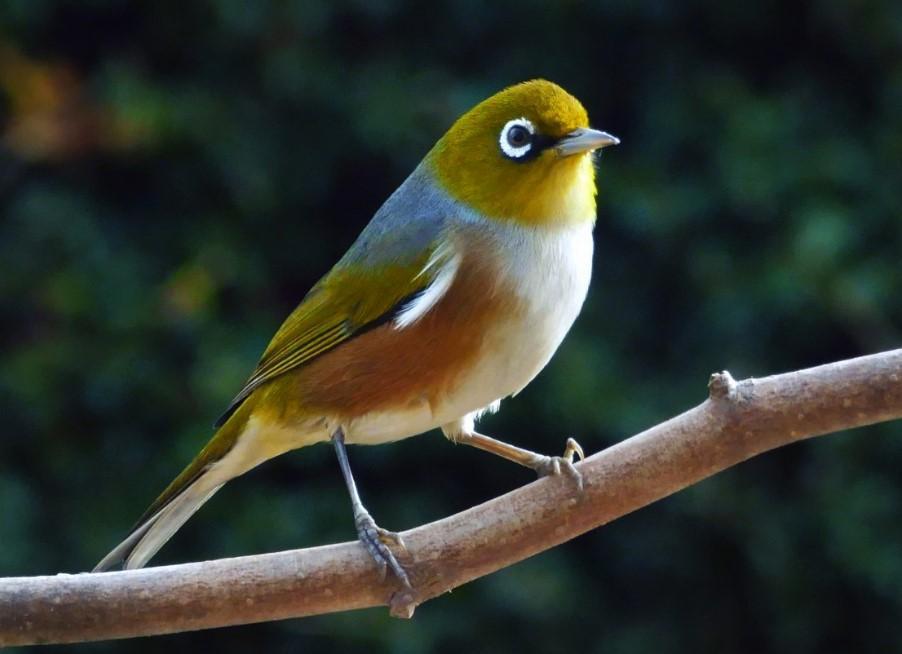 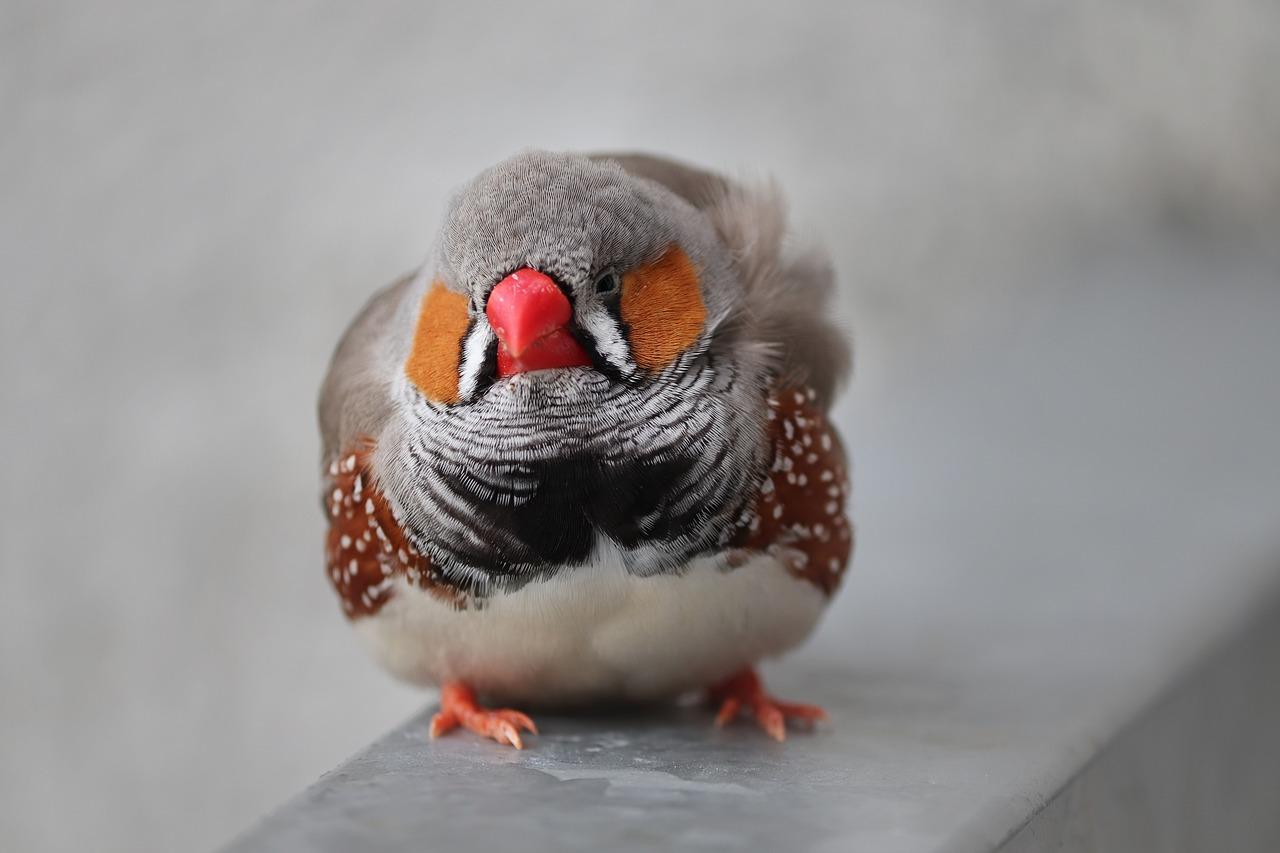 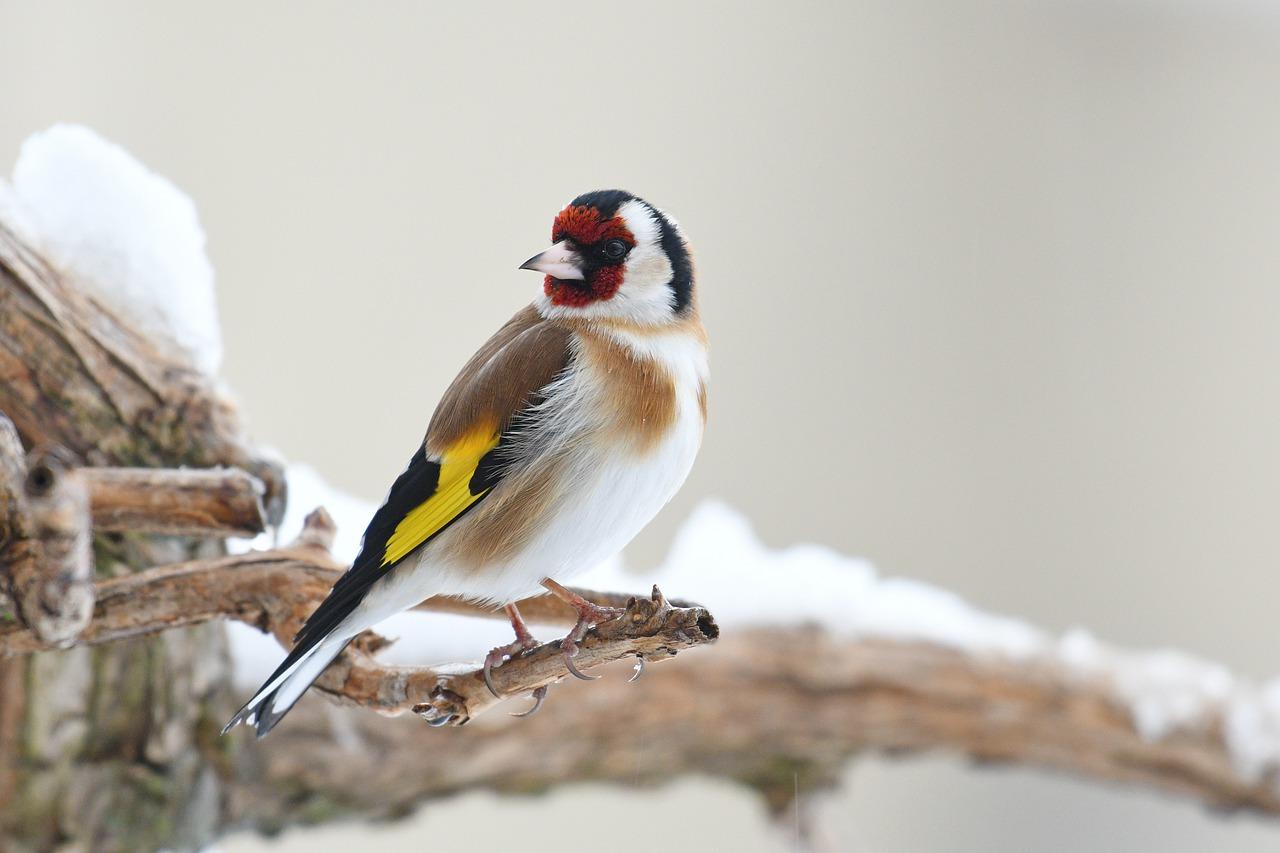 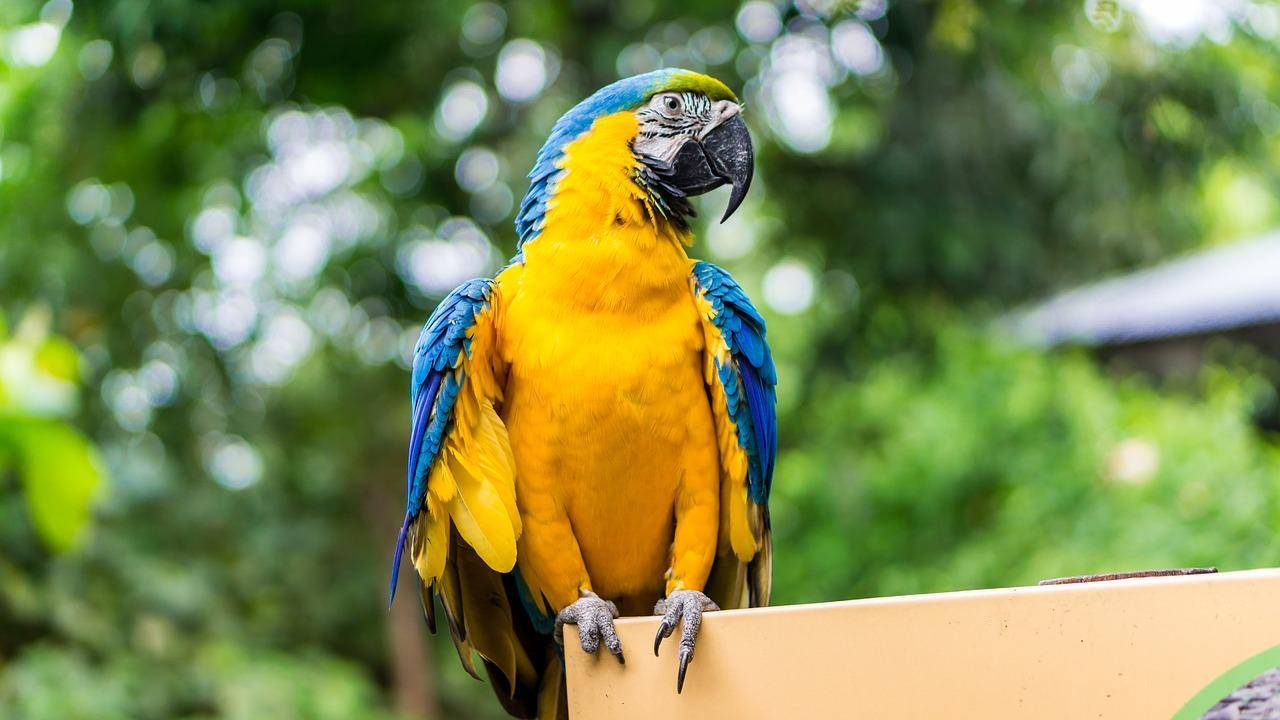 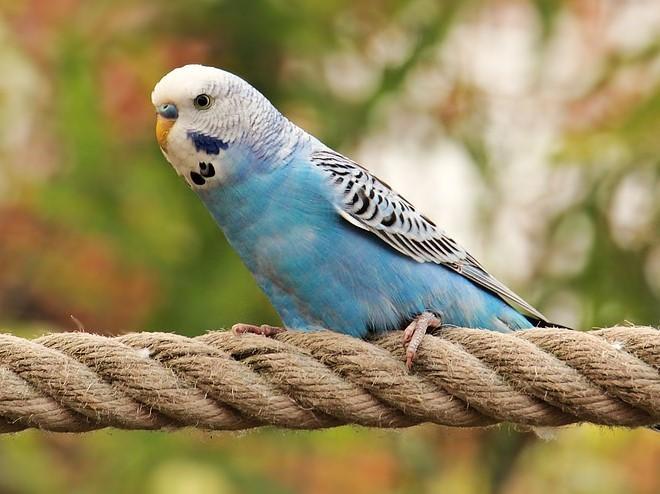 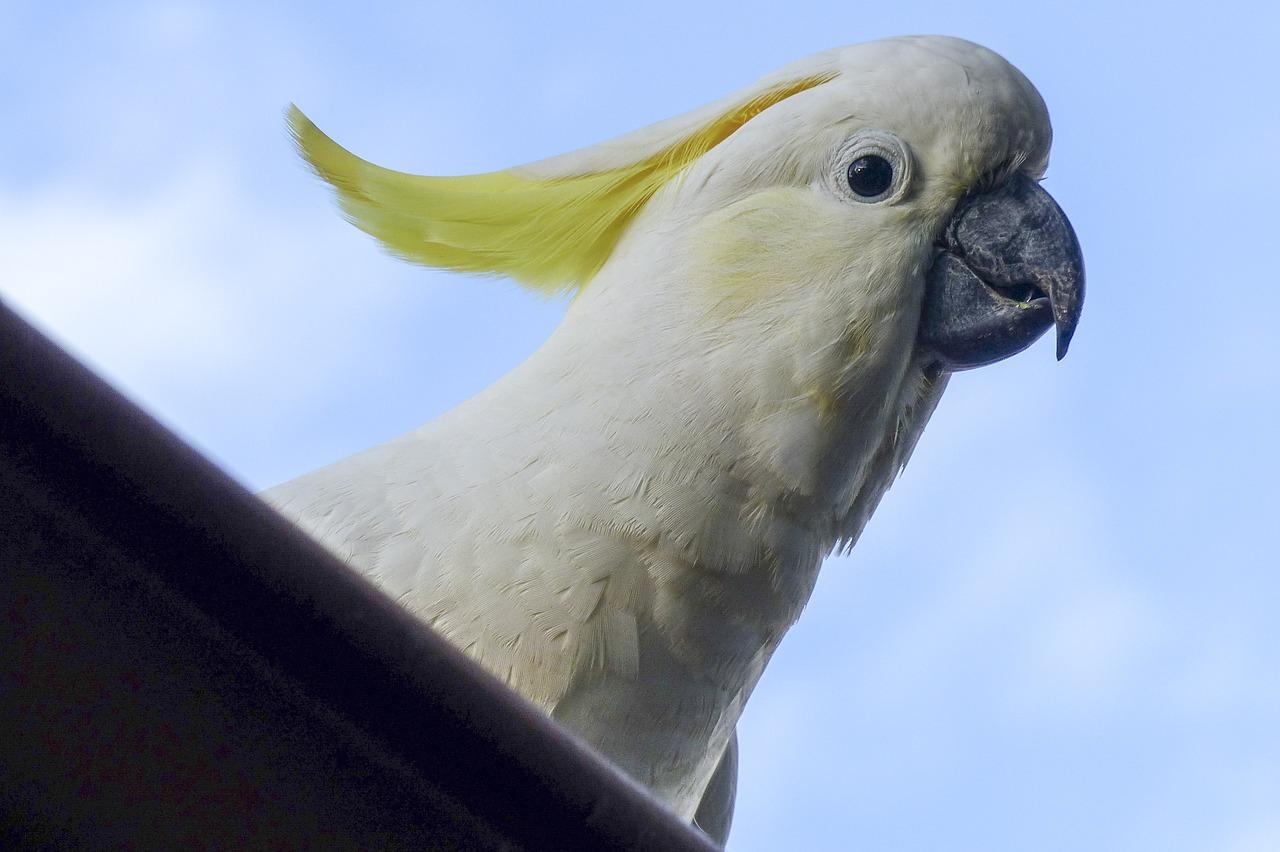 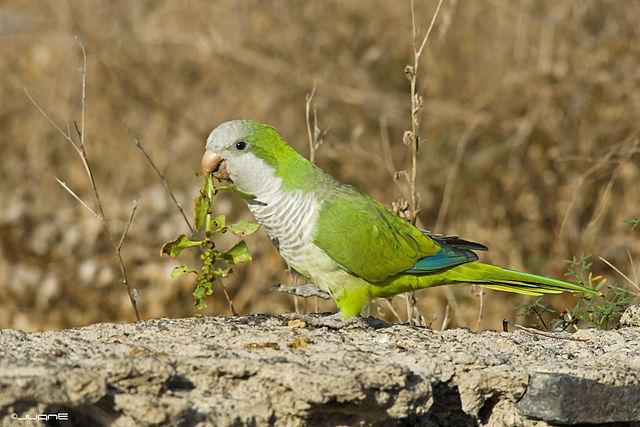 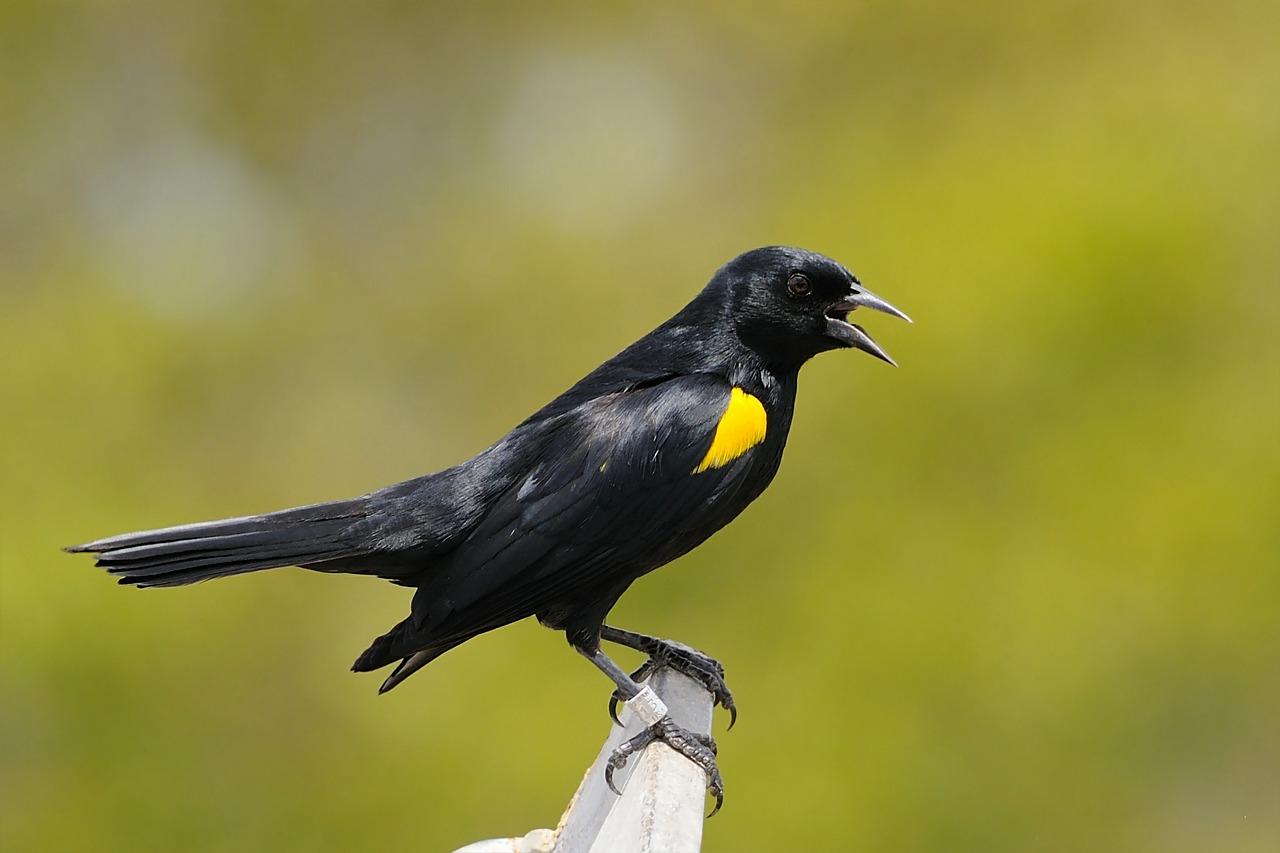 1 of 11
Different Types of Pet Birds
Back to top