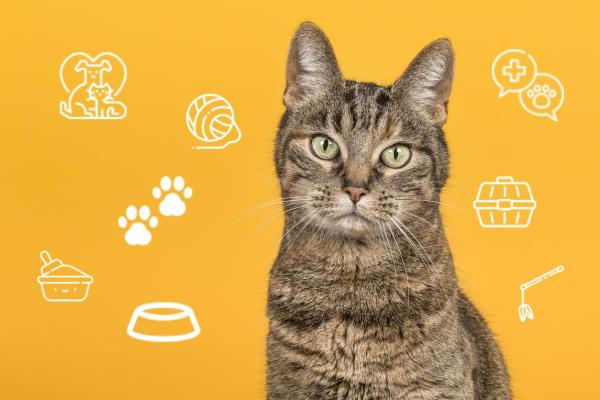 Most cat guardians feel like they are authorities on cat behavior. They spend so much time analyzing how their cat acts and reacts that they think they understand all about them. Unfortunately, much of the behavior of cats is often misinterpreted. Not only do they have intentions which are difficult for us to know, they communicate in ways which are similarly difficult to interpret. This is why AnimalWised brings you this complete guide to understanding cat behavior. We look at the motivations behind a cat's behavior, how their behavior is formed, what their behavior means in relation to their human counterparts and reveal some fascinating facts about some of their more odd behavior.

We also discover how feline behavior can change depending on different circumstances. Genetics, experiences, environment and other factors all influence a cat's behavior, so it is important we remember one thing: every cat is an individual. Understanding the generalities of a cat's behavior is an imperative beginning, but getting to know our own unique feline friend is equally essential. Fortunately, it is also an incredibly fun and rewarding process.

You may also be interested in: Understanding Cockatiel Behavior
Contents

How is a cat's character formed?

The beginning of a life not only sets the blueprint for their physical characteristics, but their first experiences are formative in terms of personality and behavior. Being introduced to the world around them and its inhabitants, a cat forms perceptions which will last throughout their lifetime. If these early experiences are not positive, it can lead to detrimental behavioral problems later on. These problems are not often easy to solve, so ensuring a cat's life begins well is important.

Early experiences are not the only influence on a cat's behavior. The major factors are:

All of these early experiences and teachings combine to shape the personality and behavior of the cat. However, they cannot necessarily be predicted. As controlling and positive an influence we might try to have, there are factors which are simply too esoteric to quantify. There are some cats which have experienced a relatively traumatic adolescence which are sweet and kind in adulthood and vice versa. The best we can do is ensure we meet their needs, use positive reinforcement and respect their boundaries.

The behavior of cats according to their age

As with humans, age will be a major influence on a cat's behavior. This is due to their cognitive abilities, their physical limitations and their natural drives. It is all part of the process of growing up, something which is influenced by a collection of experiences. It is also possible for events to occur throughout their lives which can lead to various changes in behavior and personality.

Although there are genetic influences which occur in the womb, a kitten is not born with a defined character. After they are born, kittens will initially depend on their mother for absolutely everything. Their mother feeds them from her breast, keeps them warm and even stimulates their colon for defecation. After about 9 to 15 days of life, the kittens will start to gain some mobility. At this point the socialization period will begin in earnest.

The kittens will first learn their socialization from their litter-mates, knowing how to play, how to interact and how to support each other. Healthy experiences during this time should result in a balanced temperament later on in life. When the kitten wants to feed, they will stimulate their mother's nipples by kneading. This is a behavior even adult cats will engage to show closeness to a anyone they consider family. After 4 or 5 weeks, the socialization period begins to end and progressive weaning begins. This is the point when the kittens stop feeding solely on milk and begin eating solid food.

The kittens will begin to eat small amounts of solid food on their own, although for some time they will also feed off their mother's milk. Your influence will also need to come in to play at this stage. The kittens will learn they need to urinate and defecate on their own. If you want them to do this in a positive way for your home, you will need to help them to use the litter box. Their natural instinct will cause them to cover up their deposits which is why litter is used in the first place.

Social play will become a major part of the kitten's behavior and they will start grooming their siblings and let themselves be groomed by them. Their natural hunting instincts will lead to play ‘fighting’ with their siblings, but also they will want to play more. We can intervene by using toys and games to help encourage this behavior positively. This will also help the kittens get used to us and allow physical interaction.

Starting at the age of about 7 weeks until they reach adolescence, the kitten begins their juvenile period. This is characterized by the onset of their sexual maturity, the feline equivalent of puberty. This is accompanied by the presence of hormones which have a direct influence on a cat's behavior. At this point it is important to speak with your veterinarian about sterilization options (more below).

There are two courses of action when caring for an adult cat. Either we have to continually reinforce the positive behaviors engendered by a healthy kittenhood or we have to work to counteract negative learned behaviors during this time. Cats will continually learn throughout their lifetime and will have to adapt to different circumstances as they grow.

Positive early experiences will generally lead to balanced behavior, but the specifics of this behavior will also be influenced by their genetic history. Some cats will be more aloof, others will even show ‘dog’ like qualities which means they require more interaction than others. Each cat will, however, develop their own character and temperament.

General behaviors of the domestic cat are shared by all individuals, however. Cats are territorial animals. They will mark their environment with scent glands located all over their body. This includes their face which they are known to rub against surfaces and their claws which they scratch against many different materials in the home. Scratching also helps to maintain their nail health.

During the adult stage, it is important to continue stimulating their mind and body. Cats will only play when they want to, and some may be more playful than others, but generally this type of play mimics hunting behavior. They will stalk objects, leap on toys and chase string. Playing with the cat will help expend their energy and build up our bond. Physically, it will also help the cat to stay in shape.

The mental and physical well-being of the cat will have a big impact on their behavior. If they develop an illness, often symptoms will present in behavioral changes. For example, gastrointestinal issues may increase irritability or eye problems will affect how they interact with their environment. Mental trauma, stress or anxiety can also cause grievous problems. A stressed cat is likely to act out, so we will need to know how we can help keep them calm and happy. Regular veterinary visits are important to help identify these problems and troubleshoot them when they occur.

From the age of 10 to 12 years, we can identify the beginnings of a cat's elderly stage. Old age in cats will have a bearing on their physical and mental capacities. They will be likely to rest more and play less, often due to limitations in their bodily functions. Certain health problems are more likely to develop and generally their pace of life will slow down. They shouldn't change in terms of affection and can even draw closer to their human guardians as they rely on them more.

As we mention above, a cat will start to reach sexual maturity as they develop. This will occur between the ages of 5 and 8 months, although it will differ according to breed and individual.

Female cats will have a heat period which begins around 6 to 9 months of age. During this time, the cat will be receptive to mating with a male, something which causes them to actively seek out fertilization. Their behavior will change accordingly, often becoming more vocal and even acting out in frustration. This will lead to rubbing more against objects and people and generally showing signs of frustration. Other symptoms of a cat in heat include:

Male cats don't have a heat cycle in the same way as female cats. Female cats are only receptive to mating at certain points in the year (usually during Spring and Summer). Male cats can mate at any point during the year. However, generally, their intensity of mating desire reduces during the cooler months. Male cats which are sexually frustrated can exhibit many behavioral problems. They can act out aggressively and even become a flight risk as they may try to escape to find a mate.

Sterilization is very important for cats as it not only reduces negative sexual behaviors, but also helps reduce certain diseases. Importantly, it also reduces instances of parenting unwanted kittens, something which puts extra strain on animal shelter resources.

Behavior of cats with humans

The relationship cats have with humans is one which has been fostered by centuries of domestication, but can still remain a mystery to some of us. We need to think about some of the elements of their character which can influence their behavior when interacting with people.

Adhering to a routine and defending their territory are not the only behaviors of cats influenced by their survival instinct. Human interaction in cats has a lot to do with their basic needs. According to a DNA study from 2017, it is believed that cats may have begun the process of domestication themselves[1]. The cat may have seen the possibility that humans would provide food and formed a bond to supplement their diet.

Due to a surplus in population, some domestic cats never live in the home environment and grow up feral or semi-feral. In rural areas, farm cats can have an interesting interaction with humans. The cats live on the farmland and act as mousers or ratters to control vermin populations. Not only do they catch and kill rodents, their pheromones left on the property deter vermin from coming back[2].

Cats tend to avoid people they do not know, making it less likely they will approach strangers. If they feel threatened or cornered, they will often show certain warning signs such as lowering their ears, arching their back, bristling their fur, hissing and scratching. However, some individuals cats may be so well-socialized with humans, they will allow petting from strangers. When trying to rescue or assist stray or abandoned cats, patience and gentleness are essential. Read more about how to approach a scared cat if you are unsure how to behave in these instances.

Once a cat is well-socialized and becomes part of the family, there are lots of behaviors which reveal something about their relationship to humans. They include:

There are many more cat behaviors which help explain the bond felines have with humans. There are also many behaviors which are just for themselves, such as sleeping or eating grass. Some of the weirdest things cats do, actually have very important impetuses behind them. What is important is for us to understand their body language and forms of communication so we can know their state of being. If we have any doubts or see our cat exhibiting problematic behavior, we need to take them to a veterinarian to ensure they don't have an underlying health problem.

If you want to read similar articles to Understanding Cat Behavior - A Complete Guide, we recommend you visit our What you need to know category. 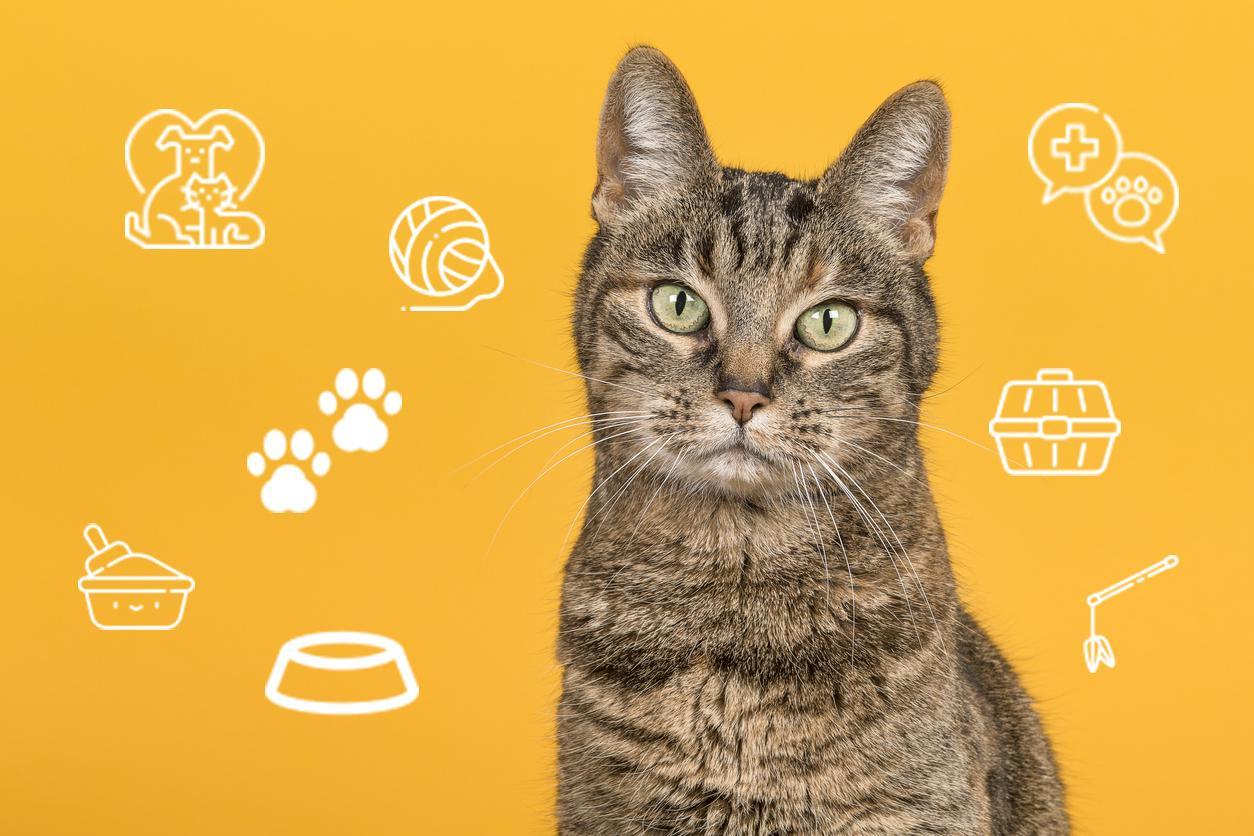 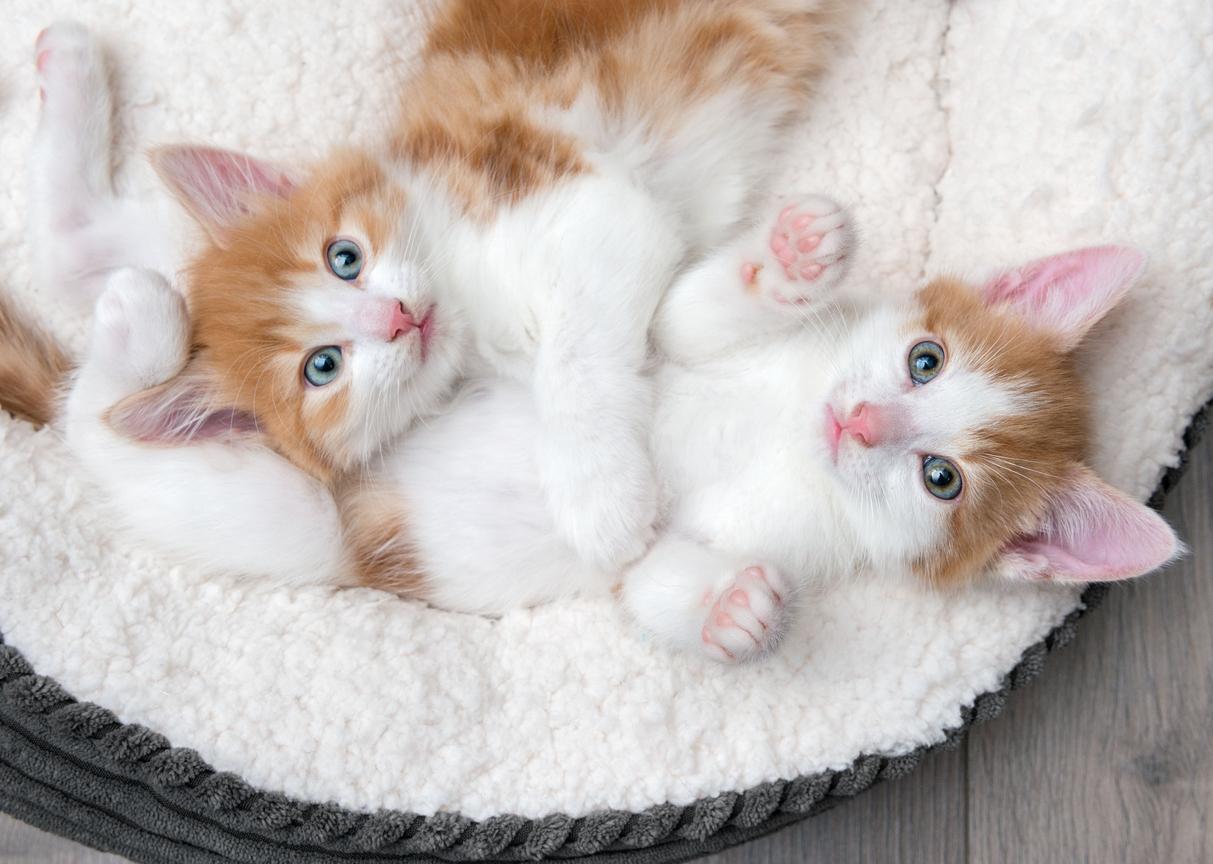 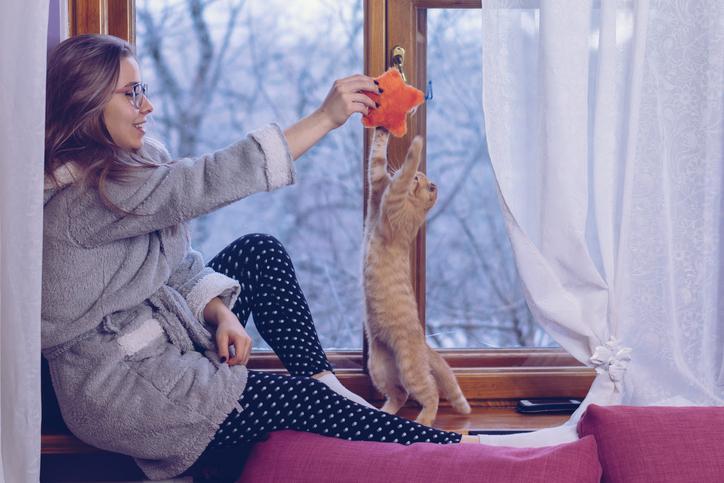