What are Lagomorphs? - Definition, Characteristics and Examples

By Nick A. Romero, Biologist and environmental educator. Updated: December 29, 2022

Lagomorphs are a group of mammals distributed throughout the world known for their large ears and amazing speed. Although they resemble rodents in some details, they also differ in many ways. Lagomorphs belong to a different family with their own characteristics. Their evolutionary history is not yet fully understood, but it is known that it has decreased significantly over time. There used to be more than 200 species, but today we know 80 living species of lagomorphs belonging to 2 families with 13 genera.

The following AnimalWised article explains what lagomorphs are and what their main characteristics are.

You may also be interested in: What are Ungulate Animals? - Definition, Characteristics and Examples
Contents

Lagomorphs are an order of animals that currently consists of two families that include hares, rabbits, and pikas. They are animals with a very wide worldwide distribution, either by natural origin or by introduction, with a great success in evolution and adaptation.

They are also distributed in a wide range of habitats, from tropical forests to the Arctic region, although they are not found in the West Indies, the southern parts of South America, Madagascar, and some islands in Southeast Asia.

Lagomorphs are classified as follows:

Within the Leporidae family, there are about 68 known species and about 184 subspecies. On the other hand, there are 30 species and 59 subspecies in the Ochotonidae family. Although not a highly diverse group, these animals are important members of many communities in which predator population cycles are largely determined by changes in lagomorph population density.

If you want to learn more about rabbits, do not miss this other article where we explain how rabbits mate.

The anatomy of lagomorphs is specifically designed to flee from predators. Their long ears, the position of their eyes, and their powerful limbs are structures perfectly designed to detect danger and escape quickly. Additionally, many of the taxonomic features important in diagnosing lagomorphs are related to their herbivorous habits.

Let us take a look at some of their most important physical characteristics:

Read this other article to find out why rabbits eat their own poop and why it is necessary.

Difference between lagomorphs and rodents

However, this is not the only difference. We will discuss the other differences in more detail below:

Continue reading this other article if you want to learn more about the differences between rabbits and rodents.

As we have already mentioned, the lagomorphs are divided into two families:

This family is represented by rabbits and hares. It consists of 11 genera and 54 species, 29 of hares (genus Lepus) and 25 of rabbits, most belonging to the genus Sylvilagus. The common name "rabbit" usually applies to all genera of the family except Lepus, while members of Lepus (almost half of the species) are usually called hares.

Wild leporids weigh between 3 and 5 kg. The tail is short. The ears have a characteristic shape: the lower part of the opening is far above the skull.

Rabbits and hares are extremely fast runners for their size; some reach speeds of up to 70 km/h. This allows them to occupy open areas and escape from predators.

Most rabbits are solitary, except during the breeding season.

Native species of Leporidae have a wide distribution and exist in various countries on all continents except Antarctica and Australia.

This family currently consists only of the genus Ochotona, which includes 25 species.

Pikes, as they are called, are smaller than common rabbits, weighing only 100 to 150 grams. Their ears are short and round, they have short limbs and no externally visible tail.

Pikes live in colonies and seek refuge in mazes of interstices and crevices. In rare cases, they feed far from their place of refuge. They are very shy in the presence of humans.

They inhabit the mountains of the western United States and south-central Alaska, as well as much of the Old World, including Eastern Europe and much of Asia, in regions as far north as Iran, Pakistan, India, and Burma.

You may be interested in this other article, where we explain what the differences are between rabbits and hares.

Having explained what lagomorphs are, how they are classified, their main characteristics, and the existing species, let's look at some examples:

You may be interested in this other article, where we present the 10 best dwarf rabbit breeds.

If you want to read similar articles to What are Lagomorphs? - Definition, Characteristics and Examples, we recommend you visit our Facts about the animal kingdom category.

What are Lagomorphs? - Definition, Characteristics and Examples 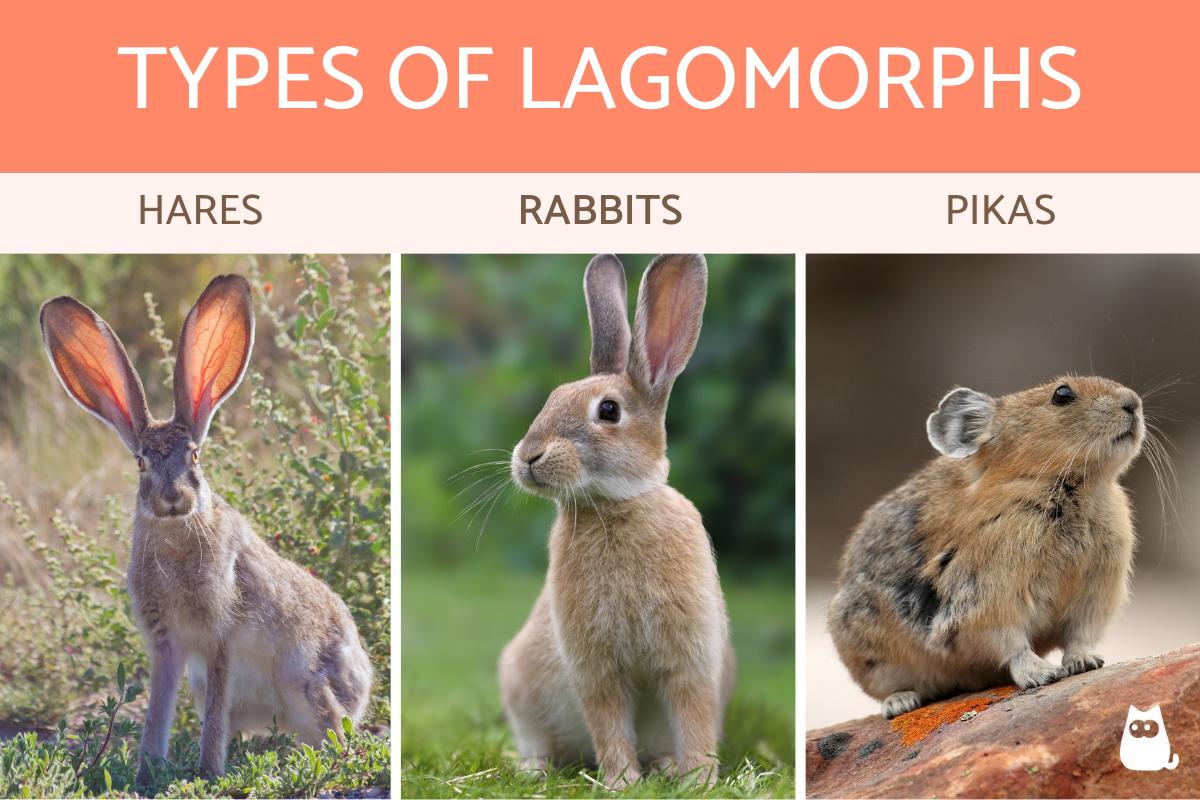 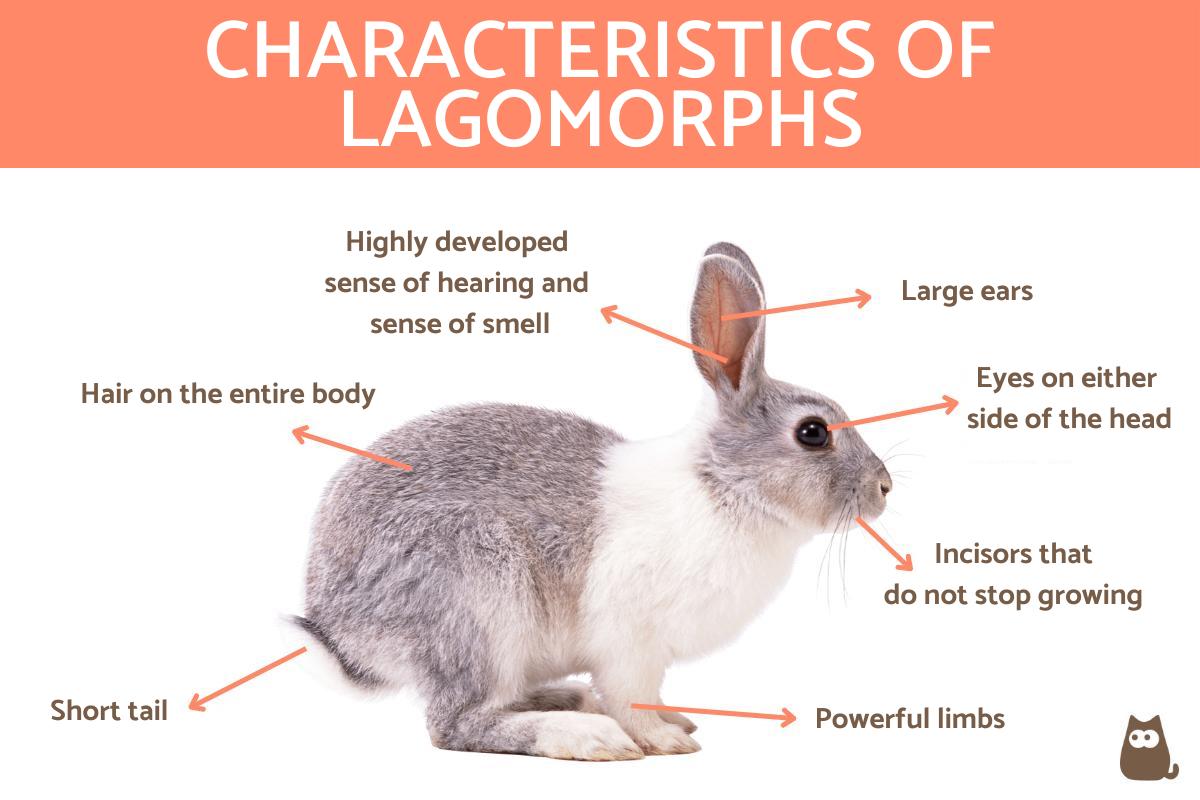 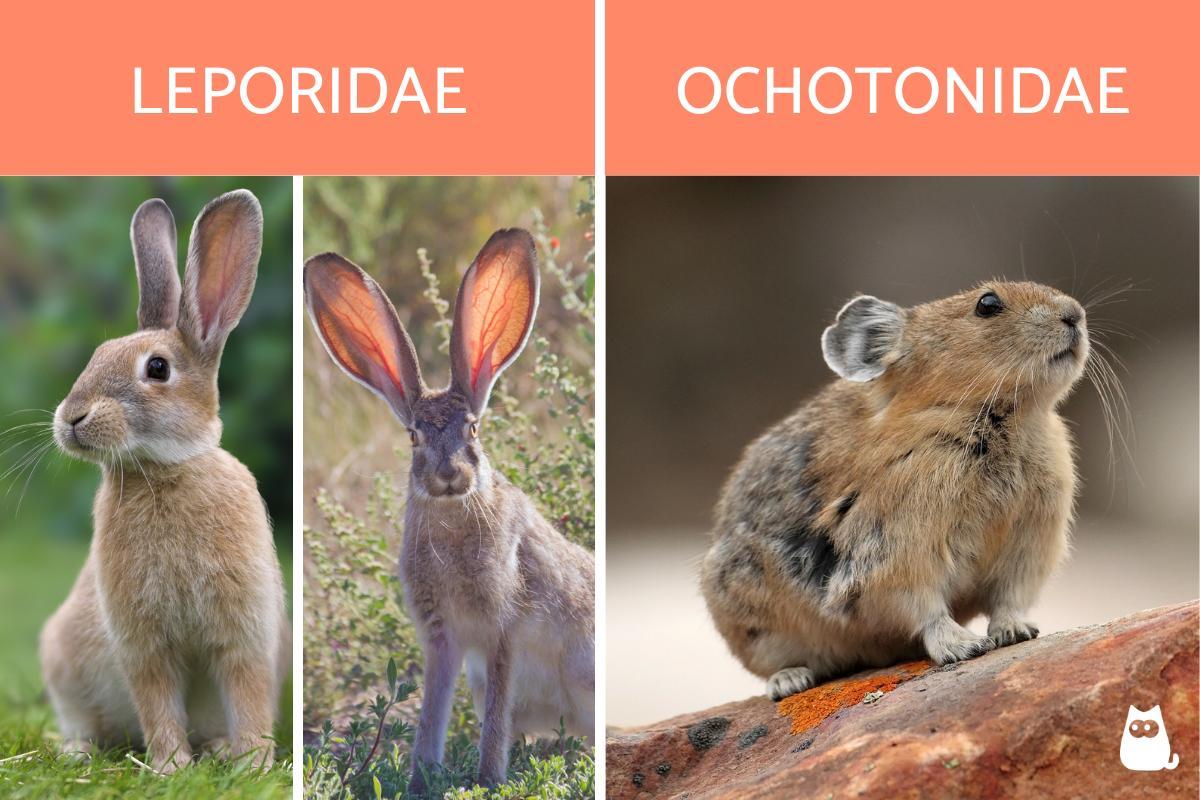 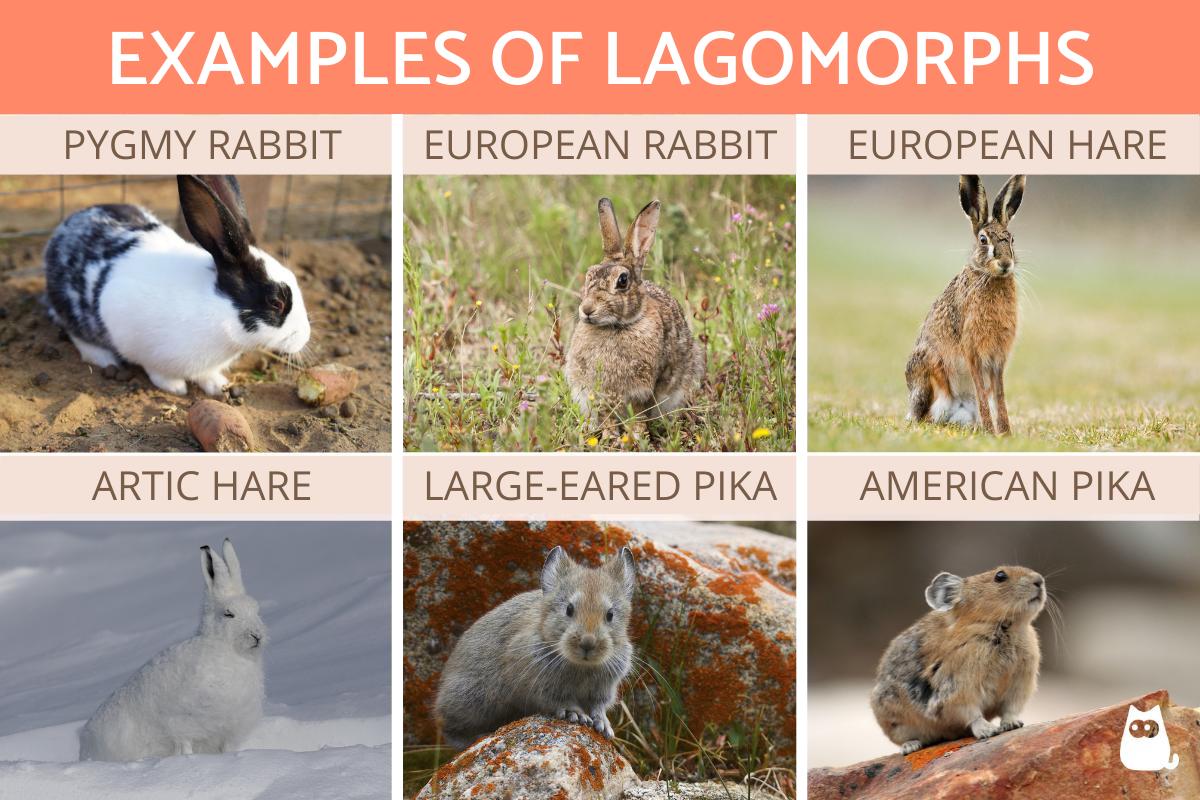 1 of 4
What are Lagomorphs? - Definition, Characteristics and Examples
Back to top