What Are the Advantages of a Golden Retriever? - Pros and Cons 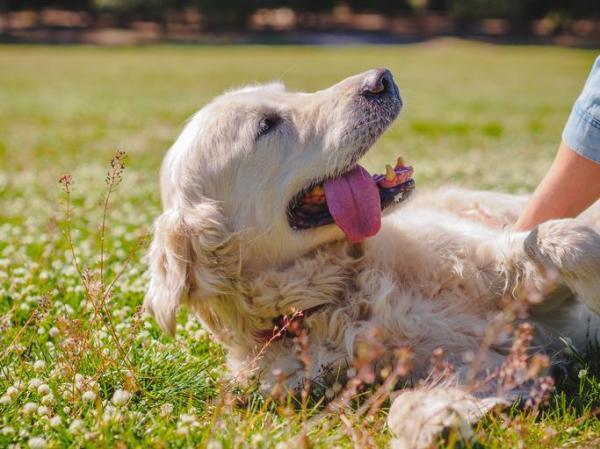 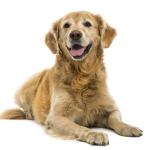 When someone says the word ‘dog’ to another person, there is a high chance the image they conjure in their imagination is that of a dog similar to the Golden Retriever. Particularly in the USA, the Golden Retriever has a ubiquity not shared by many other breeds (although its cousin, the Labrador Retriever, is said to be the most common). Despite so many of us knowing about the existence of Golden Retrievers, there is still a lot of misinformation about their behavior and care.

At AnimalWised, we ask what are the advantages of a Golden Retriever? We provide the pros and cons about adopting a this breed and help you decide if they may be the dog for your family.

You may also be interested in: Advantages and Disadvantages of Having a Rabbit
Contents

Basic characteristics of the golden retriever

To best understand the pros and cons of adopting a Golden Retriever, we need to understand their basic characteristics. This is not to say that every dog of the same breed will be the same, but there are some breed traits which many of them share.

The Golden Retriever originates from Great Britain in the 19th century. They were first bred as hunting dogs, used to collect waterfowl after they had been shot. This is from where the retriever part of their name derives. Despite their background in blood sport, the Golden Retriever is generally calm, kind and a breed especially good with children.

This breed has adapted to life in various families and is particularly good at learning commands, something which shouldn't be a surprise for one of the most intelligent dog breeds in the world. They can also establish strong bonds with other dogs and even animals of other species.

In terms of physical appearance, the Golden Retriever stands out for the origin of the other part of their name. Their coat is a golden yellow hue, but it can skew towards cream at times. Their coat has a dense undercoat and a longer outercoat. They have a relatively long life expectancy for dogs their size, being able to reach over 15 years of age. They can have a tendency towards obesity, so we need to be careful with their diet.

Advantages of having a Golden Retriever

The basic characteristics we have discussed may give some idea of the advantages of living with a Golden Retriever. Let's look at them in more detail:

Their character is balanced

Having a balanced temperament is something all dogs can achieve with the right experiences and training. However, the Golden Retriever is more predisposed than other dog breeds to have an even character. Perhaps the best proof of this is the fact they are one of the most common breeds used as assistance and therapy dogs for people with specific needs.

There are always exceptions, but the Golden Retriever is generally a docile dog. This helps with handling and coexistence in the home, but they are also very affectionate. Such affection is bidirectional, meaning they will also need to receive a lot of affection to maintain balance.

Remember that these indications are not only valid for purebred specimens. Adoption of Golden Retriever mixes will also likely result in even temperament. We recommend the adoption of older dogs, as too many adult animals are overlooked for puppies. An adult Golden Retriever is a safe bet for a happy and well-balanced companion.

They are a very adaptable dog

Similarly, however, a Golden Retriever can adapt to apartment living. Despite their size, as long as their care needs are met, they can survive well in smaller spaces. This is, of course, as long as they get plenty of exercise and multiples walks per day.

Their adaptability also makes them great for entering new homes. A patient character and stable temperament means they will be able to move with the rhythms of the home and get on well with the other members of their adopted family. For example, they can make a good companion to a sporty family, but may also be suited to older families with less mobility.

They have great intelligence

In the 1990s, the psychologist Stanley Coren drew up a list ranking a good number of canine breeds from highest to lowest intelligence. It should be noted that he was referring to intelligence relative to the ability to learn commands and obedience.

The golden retriever is ranked number four out of a total of 79. Therefore, we can say that the specimens of this breed have a facility to learn commands with few repetitions. They also obey them in a high percentage of the time that are asked of them.

Its outstanding intelligence counts as one of the advantages of having a Golden Retriever and facilitates their training, but it also implies the need to provide good mental stimulation so that they do not get bored. A bored dog can manifest behavioral problems and even become aggressive, regardless of breed.

They are the best companion for children

As we have already stated in the review of their characteristics, the good relationship that they establish with the smallest of the house is a reason for having a Golden Retriever. This means they will get on with children in their family, but they will also be good with stranger children. However, any minors in the family will need to be educated themselves to respect the dog's boundaries. They are not a toy.

They have an average size

The last of the advantages of having a Golden Retriever that we can highlight is their size. They are large dogs, but not so large as to make handling difficult for most caregivers. This allows us to live with them in apartments or houses or have the opportunity to accompany us on outings and trips.

The adoption of large dogs such as the Golden Retriever should not be ruled out only because of their size, since it is also essential to assess characteristics such as those we have mentioned. These best facilitate coexistence, regardless of size.

Disadvantages of having a Golden Retriever

As you can see, while there are many pros to having a Golden Retriever in the family, there are also some cons. Fortunately, they are fewer than the advantages. Moreover, regardless of the dog breed you want to adopt, we need to stress that every dog is an individual with their own personality and behaviors. They are living beings with feelings and emotions, not automatons which we can manipulate to our will.

One practical issue related to almost every Golden Retriever is to do with their coat. Due to their long hair, the Golden Retriever will need more grooming than some dogs. Ideally, they should be brushed daily, but 2-3 times per week is a bare minimum. Without it, their coat can become damaged and they may even develop health issues due to bacterial growth. Also, they can shed a lot of hair in the home during molting season.

As we have highlighted that a Golden Retriever is an affectionate dog, we should bear in mind this can be a disadvantage for some people. If you are a family which either isn't very affectionate or not around very much, then a Golden Retriever isn't for you. This dog needs affection, attention and sufficient cognitive stimulation. However, we should point out that all dogs need these things, so maybe you should reconsider being a dog guardian in general if you are unable to provide them.

If you do want to adopt a Golden Retriever, hopefully we have explained the pros and cons to help you make your decision. For those who answer in the affirmative, we have an article on names for a Golden Retriever to help decide on the proper moniker for your canine.

If you want to read similar articles to What Are the Advantages of a Golden Retriever? - Pros and Cons, we recommend you visit our What you need to know category.

Bibliography
Types of Scottish Dog Breeds
What are the Benefits of Keeping Birds?
Advantages of Having a Mixed-Breed Dog
Are Pythons as Pets a Good Idea?
Related categories
Ideal forComparisonsNamesThe least...The most...
Most read
1.
Best Names for American Bully Dogs
2.
Tamil Names for Dogs - With Meanings
3.
100 Popular Bird Names
4.
Stoats as Pets: Guidelines and General Tips
5.
Can You Have an Otter as a Pet?
6.
Best Names for Horses and Mares
7.
17 Best Spotted Dog Breeds
8.
The 5 Most Wrinkly Dog Breeds
Do I Have a Purebred Labrador Retriever?
Best Dog Breeds That Are Good With Cats
Labrador Companion Dog Breeds for Best Compatibility
What Are The Best Pets For Apartment Living?
What are the Best Birds to Keep as Pets?
How to Choose the Right Pet for Your Family
The Origin of the Doberman: History and Fun Facts
Should Dogs Live Outside or Inside?

What Are the Advantages of a Golden Retriever? - Pros and Cons 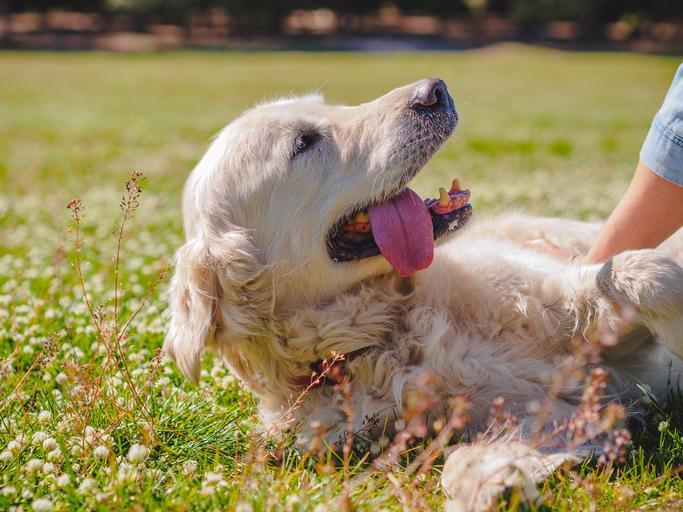 What Are the Advantages of a Golden Retriever? - Pros and Cons
Back to top