What Breed Is a Tortoiseshell Cat?

You can recognize a tortoiseshell cat from their distinct coat pattern and color combination. Like a calico cat, their coat incorporates white, black and orange colors. Unlike a calico cat, they are patterned over their body like a painter's palette. Where calico cats have distinct patches of color, usually with white dominating, the tortoiseshell (or tortie) has a more scattered pattern, with black predominating. You may have seen various tortoiseshell cats in your time. You may have even seen a wide variety in appearances with both long-haired and short-haired individuals, making you ask what breed is a tortoiseshell cat? AnimalWised has the answer and more.

You may also be interested in: What Does a Cat's Color Say about its Personality?
Contents

What is a tortoiseshell cat?

A cat's fur is determined by genes, including its color, pattern, length and texture. A tortoiseshell cat has a coat with the combination of the colors black, white and orange. It is a tricolor pattern determined by genetic sex chromosome data.

Tortoiseshell cats are often referred to as a ‘tortie’, simply an abbreviation of the name. The reason they are called tortoiseshell is because their coat resembles the distinct pattern and coloration of the hawksbill sea turtle. This pattern is now common in design, unfortunately stemming from use of the turtle's shell in textiles and fashion. For this reason, hawksbill turtles are in danger of extinction.

With tortoiseshell cats, you won't see two with the same pattern. Like a snowflake or fingerprint, each tortie has a distinct coat pattern. This was demonstrated by an attempt in 2001 to cline a tortoiseshell cat known as Rainbow. Her clone, known as CC, turned out to have a tabby coat pattern, despite being created from the same genetic material.

General characteristics of the tortoiseshell cat

The coat of tortoiseshell cats has a black background color predominating with mixtures of orange and white distributed throughout the coat. They are intermixed and can achieve varying coat patterns. Many of these cats have an orange spot or ‘flame’ on their head. The coat of tortoiseshell cats must present black, white and orange, but it is possible will also include certain other shades such as blue, gray, cinnamon, etc.

Even if a cat has different shades of black or orange in the same coat, it cannot be considered tortoiseshell. These are only variations of two colors, not three. The eyes are of tortoiseshell cats are copper or dark orange in color. Their paw pads and nose can be pink, mottled or black, depending on the distribution and predominance of each color in the cat's individual coat.

What breed is the tortoiseshell cat?

Similar to calico cats, many guardians refer to tortoiseshell cats as a distinct breed. However, this is not the case. Tortoiseshell is merely the word used to describe the cat's coat color. It would be similar to determining a black cat as an individual breed. The characteristics of black cats are determine by the genetics and experience of the individual, not of their coat color. The same goes for tortoiseshell cats.

Despite the fact that many, although not all, cat breeds can have a tortoiseshell coat pattern, many distinguish them as distinct. The cat's behavior and physicality will be determined by other factors. However, there is a commonality between cats with their coat type which is discussed in the next section.

Are all tortoiseshell cats female?

While it is not true to say that all tortie cats are female, this is the case in the vast majority. This is the same as calico cats. The reason for this derives from Klinefelter syndrome. This is a genetic condition which results from the transmission of sex chromosomes.

This is a similar explanation as to why most orange tabby cats are male. Although it is possible for orange tabbies to be female, about 4 out of 5 are male.

In tortoiseshell cats, they can be male due to something known as Klinefelter syndrome. This makes cats present with XXY chromosomes, the double X chromosome affording the ability to have a tricolor coat pattern. However, this is a genetic abnormality which has certain effects on the cat, including infertility. It is estimated that only 1 in every 3000 tortoiseshell cats is male.

Take a look at our article on whether there are male calico cats to learn more.

It is possible to find hawksbill cats in practically all the feline breeds that we know. Since they are not a breed in themselves, they can present in breeds such as the Persian, Maine Coon, British Shorthair, Cornish Rex and many more. However, they are also common in mixed-breed cats since these cats can present in almost any coat color combination.

For many, tortoiseshell cats are believed to attract good luck and fortune. In the United States, they are so associated with wealth, they are sometimes referred to as ‘money cats’.

A legend circulates about tortoiseshell cats which has entered mythology from various cultures. This legend claims that the sun was tired of observing life on earth without intervening. To do so, she asked the moon for help. She wanted to cover her absence from the sky so earth's inhabitants wouldn't notice she was gone. On a hot June day, the moon covered the earth, allowing the sun to fulfill her wishes.

While on earth, the sun decided to become the most perfect, discreet and agile being on earth. This was thought to be the black cat. However, the moon grew tired and started to move position. This forced the sun to escape the black cat and return to the sky before. Due to her haste, the sun left some rays of sunlight which caused golden touches to appear on the cat's fur. When the cat had offspring, the rays of the sun passed on to her young. These kittens were called tortoiseshell and have been attributed with magical properties ever since.

Despite this legend, the reality is that tortoiseshell cats are not usually the favorites when it comes to adoption. Although they are unique individuals with good character, they tend to be the last to be adopted, inexplicably and unfairly. We encourage you to adopt one of these beautiful cats, as they are incredible and unique, as well as magnificent housemates. All cats deserve a responsible adoption and tortoiseshell cats are no exception.

If you want to read similar articles to What Breed Is a Tortoiseshell Cat?, we recommend you visit our Facts about the animal kingdom category.

Bibliography
Why Are Calico and Tortoiseshell Cats Female?
Are There Male Calico Cats?
What is Splooting?
What is the Origin of the Ukrainian Levkoy Cat?
Related categories
Endangered animals
Most read
1.
What Animal am I According to my Zodiac Sign?
2.
What Does It Mean When a Cat Shows Up at My Door
3.
10 Most Beautiful Animals in the World
4.
Why do Dogs Get Stuck when Mating?
5.
Animals With Scales - Full List
6.
Differences Between Deer, Elk, Moose and Reindeer
7.
The 10 Most Solitary Animals in the World
8.
Examples of Vertebrate and Invertebrate Animals
What is the Origin of the Bengal Cat?
What is the State Animal Of...
What Dog Breeds Can Have Different Colored Eyes?
What Is a Binturong? - Bearcat Characteristics
Tailless Cat Breed Types
5 Hairless Cat Breeds
What is Equine Assisted Therapy?
What is Jallikattu and Where is it Held?

What Breed Is a Tortoiseshell Cat? 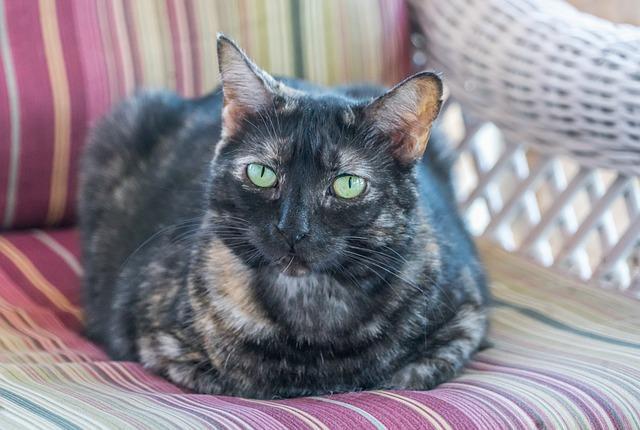 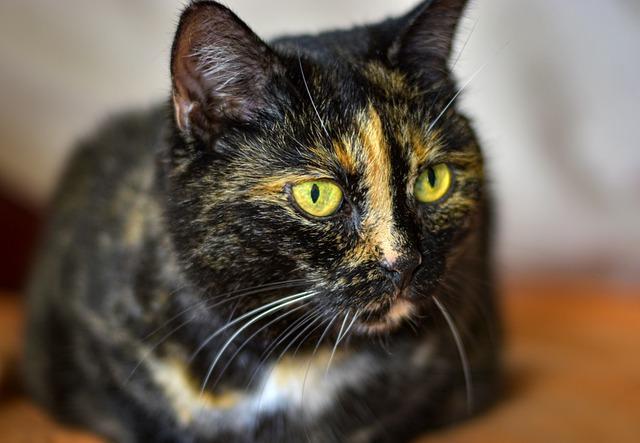 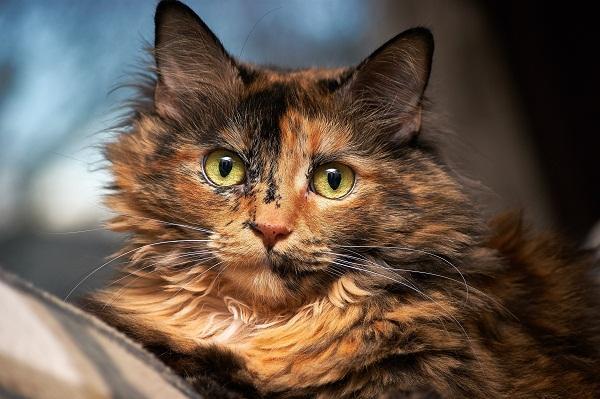 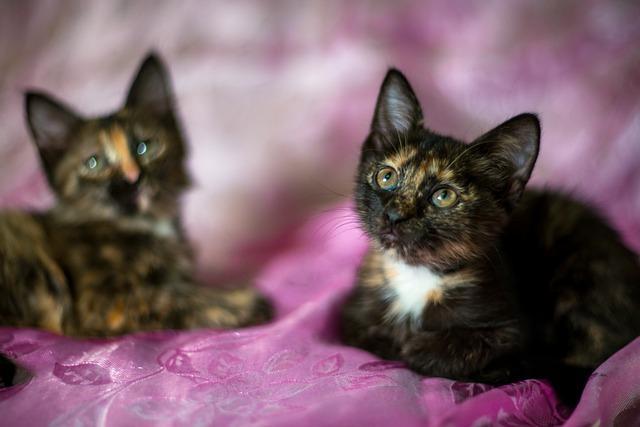 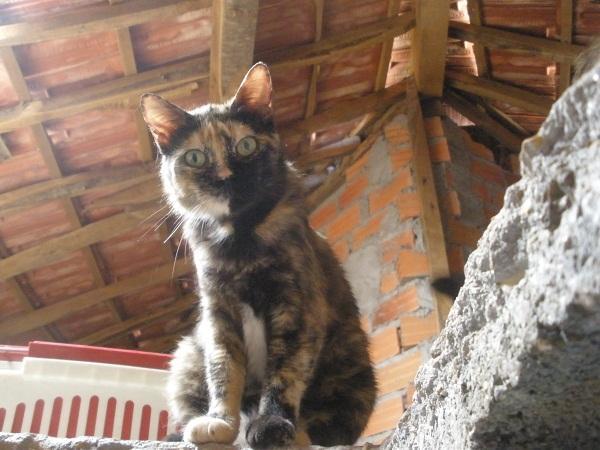 1 of 5
What Breed Is a Tortoiseshell Cat?
Back to top