Although black cats have been victims of a bad reputation for centuries, this stigmatization has decreased in recent years. Unfortunately, it has not gone away completely. For some, their mysterious appearance and inclusion is various folklores makes them the ideal pet. For others, black cats have negative characteristics. This is especially the case with the superstitious or those who believe in black cat myths such as the idea they bring bad luck. This myth is so widespread that studies have shown black cats are less likely to be adopted because of their color.

Whether you already have a black cat or are interested in adopting one, there is no need to be superstitious. In fact, we encourage you to read all about the good virtues and characteristics of black cats. Keep reading here at AnimalWised to find out how special they are and how deserving they are of receiving love.

You may also be interested in: Interesting Facts About Hamsters
Contents

The history of black cats

The belief that black cats bring bad luck is the result of a bad and lasting reputation that these animals have suffered for centuries. In the Middle Ages, religion had a stronger grip in many societies than it does today. Particularly in Christian traditions, it was common to be accused of witchcraft to anyone who did not follow their doctrines.

Many religions even claimed people could be transformed into felines, especially women. This lead to demonization of black cats and terrible cruelty such as burning them in bonfires. It reached the extent that even seeing a black cat became equivalent to seeing a witch, hence the superstition that it is bad luck if a black cat crosses our path.

This legend was popularized during the time of witch hunts. Although it has since declined as the years have passed, these negative associations have become ingrained. While we may like to think of ourselves as an advanced society, there are many superstitions and negative associations we still hold onto, despite being centuries away from their origins. Unfortunately, this means many think a black cat will bring some kind of negativity.

Luckily, the characteristics of black cats and their cultural associations are not the same everywhere. While the association with witchcraft was pervasive in Europe, they were considered sacred in other cultures. For example, they were often representations of various deities in Ancient Egypt. In some cases, killing them was punishable by death and they were mummified together with their owners. This was done in order for them to be able to reincarnate together in the future.

In Scottish culture, having a black cat at home is considered good luck. For example, old sailors believed that having a cat on board their ship was a sign of good fortune. In Victorian England, it was believed that if a newly married couple crossed paths with a black cat this would bring prosperity to their marriage.

Black cats have enjoyed both good and bad reputations for centuries. However, knowing the truth behind the characteristics of black cats, one can distinguish that our fate does not in fact depend on them.

Learn more about the positive associations of black cats with our guide to Egyptian names for cats.

When we talk about black cats, we are not talking about a specific breed. The reason why a cat's coat is black is due to genetics. While some breeds do not carry the gene which causes their coat to be black, many do. This includes mixed-breed cats, otherwise known as European Shorthair or Longhair cats. A minority of breeds are exclusively black, with the Bombay cat being the one most associated with this color.

Despite the negative connotations it represents, the color black is also associated with mystery, elegance, fidelity, passive force, infinity and silence. Even beyond these more ethereal characteristics, the black coat of cats is also simply beautiful. A healthy back coat will be shiny and some can show various tones, depending on the light reflected on it.

Many people think the color of a cat's coat cat affects their personality. They may say ginger cats are more likely to be kind than other breeds. In reality, most of the evidence to support this theory is circumstantial. Since different colored cats have different reputations, it says more about the human perception of felines than it does about the cats themselves.

More important than coat color is a cat's breed, their reproductive status, their experiences, their socialization period and many other factors. Whether a cat is black will not have anywhere near as important a bearing on these other factors. Some people think black cats are one of the most affectionate and playful cats. They may think they have a very close relationship with their owners and are particularly grateful for love. While many will have these relationships with a black cat, they are just generalizations.

It is also important to know that during periods of heat, black cats are very sexually active and tend to be very noisy and hyperactive. For these reasons, it is recommended to sterilize them when possible to thus avoid accidents or escape. This is just the same with any other color of cat.

At the moment, there are two black cat breeds which are well-known, the European shorthair black cat and the Bombay black cat.

The European shorthair are known to be completely black, but in some cases carry white hairs on their fur. In contrast, Bombay black cats emerged in the 1950s in the United States, specifically in Kentucky. This nis when llama breeder N. Horner crossed brown Burmese cats with American black shorthair cats. These cats tend to be thicker than ordinary Europeans shorthairs, with facial features more like American shorthairs.

Both black cat breeds are very similar physically and have a similar personality and character.

Now we know the true interesting characteristics of black cats, we can find out some equally interesting facts about black cats. They include:

Read our related article to discover the 15 most famous black cats. 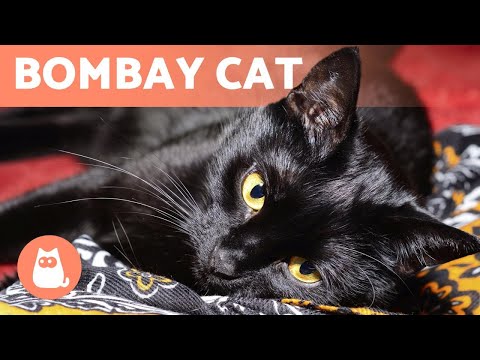 If you want to read similar articles to Interesting Characteristics About Black Cats, we recommend you visit our Facts about the animal kingdom category.

4 comments
Rating:
Mike
20/07/2022
We have a black cat named Buddy - he was a rescue from a vet office at 6 months old. He's super affectionate and loves to cuddle under the covers at night. Very very vocal, playful and mischeivous, but very shy around anyone but me and my wife and will hide if anyone comes into our unit.

Administrador AnimalWised
22/07/2022
Great to hear he has such a close relationship with you, its very common for rescue cats to be wary of people outside their family.
Rating:
pinacoloda1
21/05/2020
I have a black furbaby named Nyx. I rescued her from the humane society here in Michigan. She is sweet,loving,very shy with strangers(even hearing their voices), and extremely vocal🐱 Quite mischievous also!

Administrador AnimalWised
26/05/2020
Thanks for sharing!
Rating:
Geneva
25/04/2020
My little Iris is the most affectionate and playful girl. She’s a purring machine. Very shy, though.
Rating:
matt
22/03/2020
i have a black cat and it is the most unaffectionate cat. He wont let you hold him or pet him or sit with you. He plays very little and the only time that he would rub against you is when he needs food. Other then that he does absolutely nothing
John
16/09/2022
My son picked out a cat at a humane society here in Mich. My son is in college & staying w/my mother the local university is down the street. My son only owned this cat a couple weeks & decided he was too much. It scratched my sons leg. He brought the black cat to our farm & we are taking care of him. This cat has alot of energy. Sometimes he lets me pet him but other times he won't let me pet him. I'm trying to work w/ him. This black cat sure is vocal. 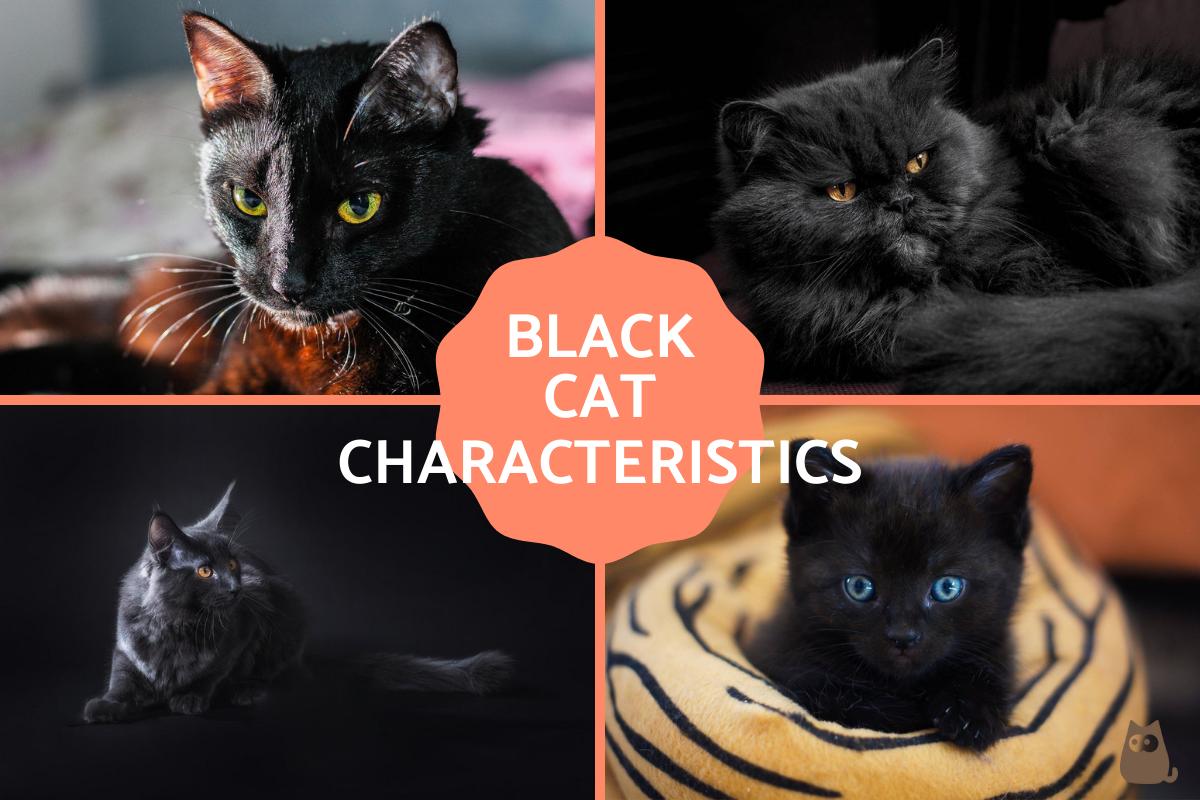 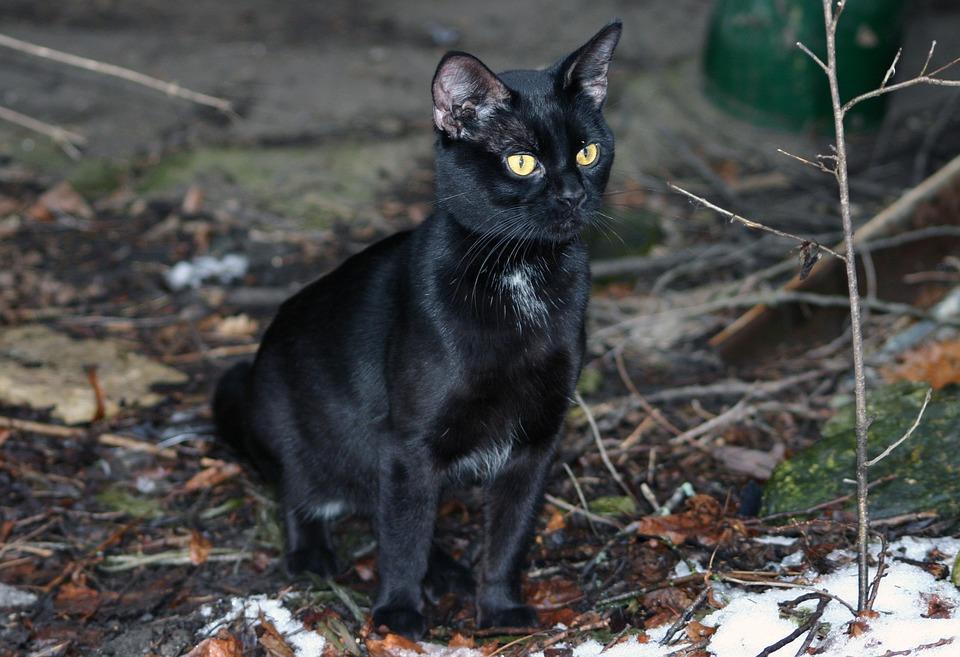 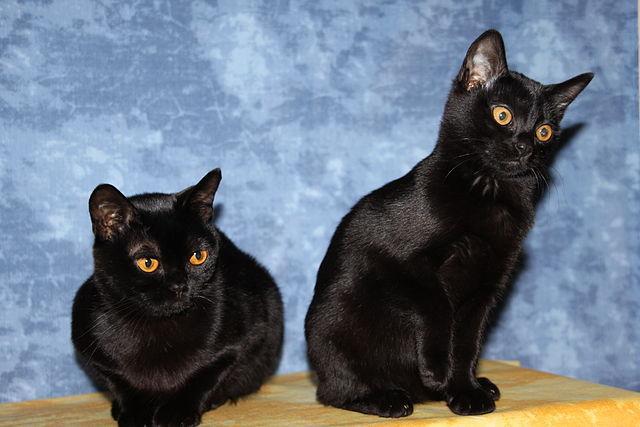 1 of 3
Interesting Characteristics About Black Cats
Back to top