What Do Blue Ringed Octopus Eat? 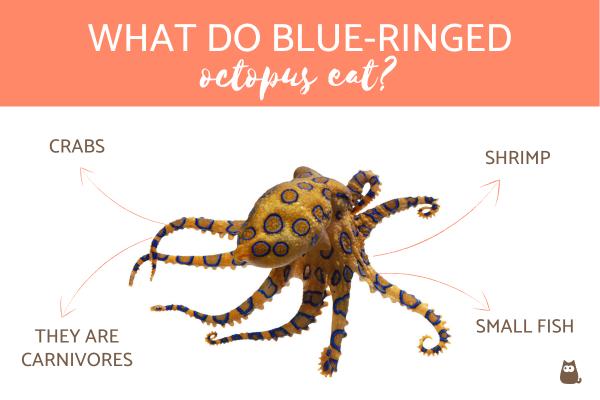 Blue-ringed octopus are small and adorable octopus mostly found in Australia's coral reef. Despite their innocent appearance, these little sea creatures are actually quite dangerous.

In this AnimalWised article, we're going to dive deeper into blue-ringed octopus, what they eat, their toxicity and more!

You may also be interested in: 15 Blue Animals in Nature
Contents

Blue-ringed octopus (Hapalochlaena) are four highly venomous species of octopus found in tide pools and coral reefs of the Pacific and Indian Oceans, from Japan to Australia. These octopus are bottom dwellers inhabiting sandy and silty areas in shallow coral reefs, tidepools, and clumps of algae. They like to hide in rock crevices, inside empty seashells, and in discarded bottles and cans.

The different species of blue-ringed octopus are:

These small octopus are 12-20cm (5-8 inches) in size. They are easily identified by their yellow-ish skin that also has blue and black rings that change colour when the animal is threatened. In the wild, these animals have an average lifespan of 2 years, however this depends on their quality of life in their natural habitat.

Learn more in our article about 20 amazing octopus facts.

What do blue-ringed octopus eat?

Blue-ringed octopus are carnivores, which means that their diet is based on meat. These octopus mostly feed on crabs and other small crustaceans, hermit crabs, shrimp and other small sea animals. However, they are primarily crab-eaters.

Want to learn more? Check out our article about the different types of crabs.

These octopus usually hunts during the day. They are ambush predators as they usually pounce on their hard-shelled prey, they trap it with their arms and use their sharp parrot-like beak to pierce a hole in the prey’s shell or exoskeleton.

Enzymes in their saliva partially digests the remaining flesh which the octopus sucks out, leaving the shell behind.

As we know, these octopus are carnivores. Due to this type of diet, their metabolism is highly dependent on protein, since it is the main component of an energy source and as a tissue builder. The digestion process is carried out in two stages:

Can blue-ringed octopus kill you?

If you're able to get intubated and put on a ventilator in time, you may be able to survive the venomous bite.

It's important to state that these animals will not attack for no reason. In fact, their first reaction is always to flee away from danger. However if you persist, these tiny octopus will resort to their venom in order to escape danger.

Therefore, if you're a scuba diver and you observe one of these adorable little octopus, admire them from afar. Don't corner them and don't touch them. Keep in mind that they are very small sea creatures that can feel threatened by a human coming near them, especially if there's more than one and they feel cornered or if you touch them, or even try to pick them up.

You may also be interested in our article about the most dangerous animals in Australia.

If you found this article useful, you may also be interested in our video about the 7 rarest marine animals.

If you want to read similar articles to What Do Blue Ringed Octopus Eat?, we recommend you visit our Facts about the animal kingdom category.

Bibliography
20 Amazing Octopus Facts
The Most Dangerous Animals in Australia
The 10 Most Venomous Animals in the World
What Do Wild Boars Eat?
Related categories
Endangered animals
Most read
1.
What Animal am I According to my Zodiac Sign?
2.
Are There Venomous Spiders in the UK?
3.
What Does It Mean When a Cat Shows Up at My Door
4.
10 Most Beautiful Animals in the World
5.
The 10 Most Solitary Animals in the World
6.
Why do Dogs Get Stuck when Mating?
7.
How Many Types of Lions Are There?
8.
Most Common Cat Eye Color and Their Meaning
Are Blue Bottle Flies Dangerous?
What Do Ladybugs Eat? - All About Ladybugs!
What Do Dogs See?
What do Cats do All Day Long?
Why Do Dogs Eat Grass?
What is the State Animal Of...
Why Do Cats Eat Grass?
20+ Animals That Change Color

What Do Blue Ringed Octopus Eat? 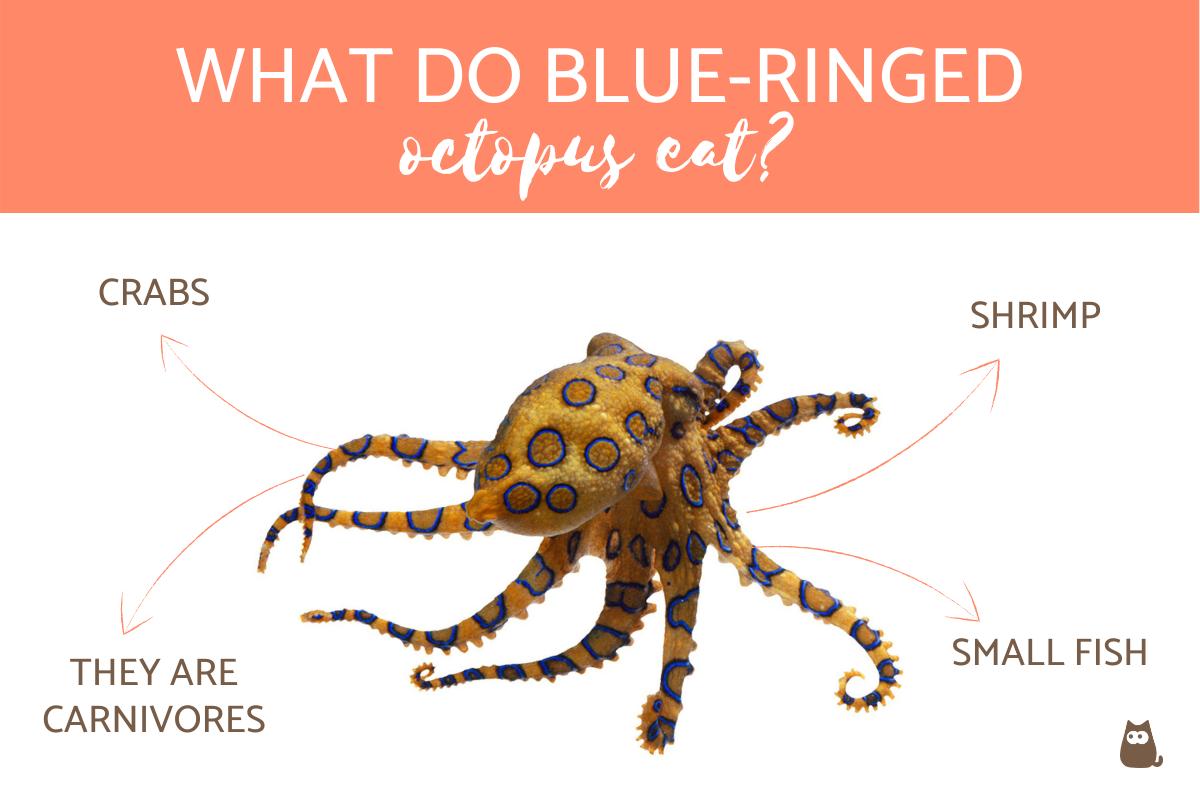 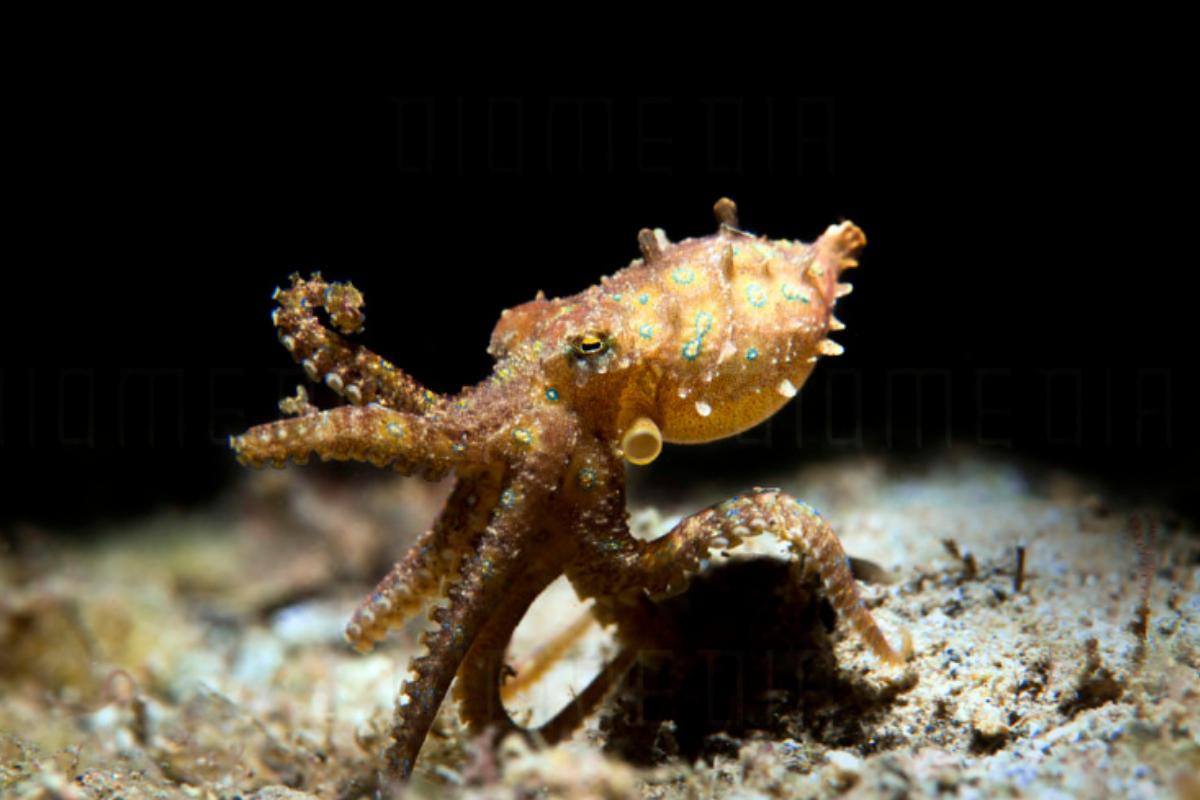 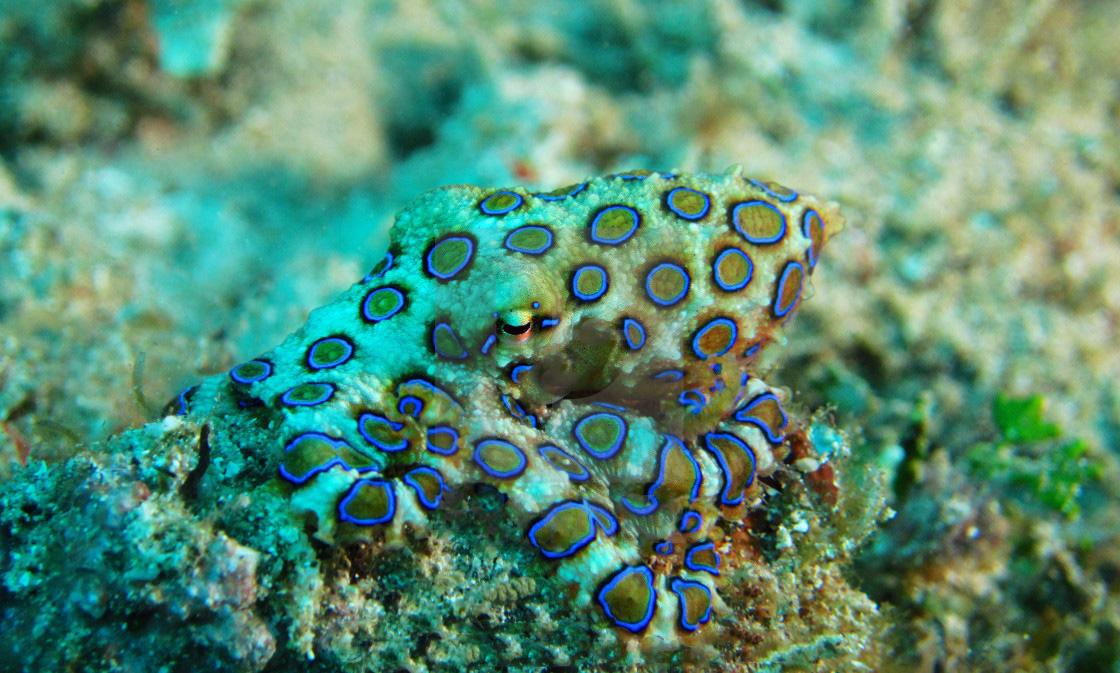 1 of 3
What Do Blue Ringed Octopus Eat?
Back to top